gavia (loon) adamsii (named for Edward Adams, English surgeon-naturalist who served on voyage to Arctic in search of Sir John Franklin during which this species was discovered)

This bird showed up on the Colorado hotline on Saturday when I was up in Victor seeing my lifer Black and Gray-crowned Rosy-Finches. I should have driven the 45 minutes north of my house to see it on Sunday afternoon, but it didn’t occur to me until it was too late. When I complained to my wife, she said, “You have vacation days. Take one and go see it.” On Monday, I asked my boss for Tuesday off—if the bird was still there. She was fine with that.

I dropped my wife at work on Tuesday morning and drove up. I was passing the reservoir on Highway 470 and could see a large group of birders standing on the berm along the lake. By the time I exited and found my way to the spot, they were all walking down the hill to their cars. But they assured me the loon was there.

I hiked up the berm and set up my scope. Within a minute or two, I found the loon. It was about 200 yards out. It spent more time under the water than on the surface, and when it dove, it sometimes came up 50 yards from where it went under. It began every dive with a little jump. Here’s my best photo, taken with my phone held up to my scope. You can see the pale bill and dark patch on the ear that are diagnostic for this species. 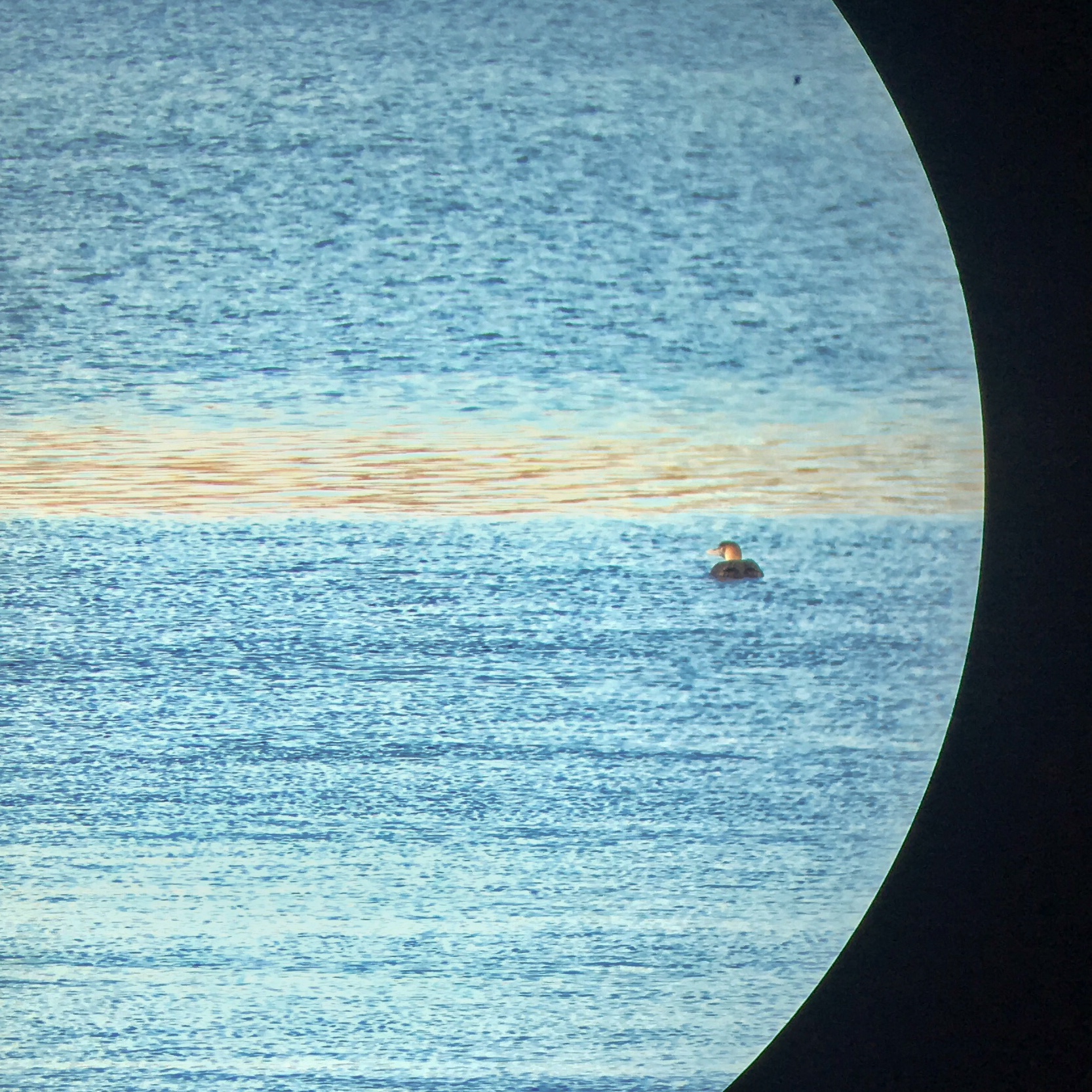 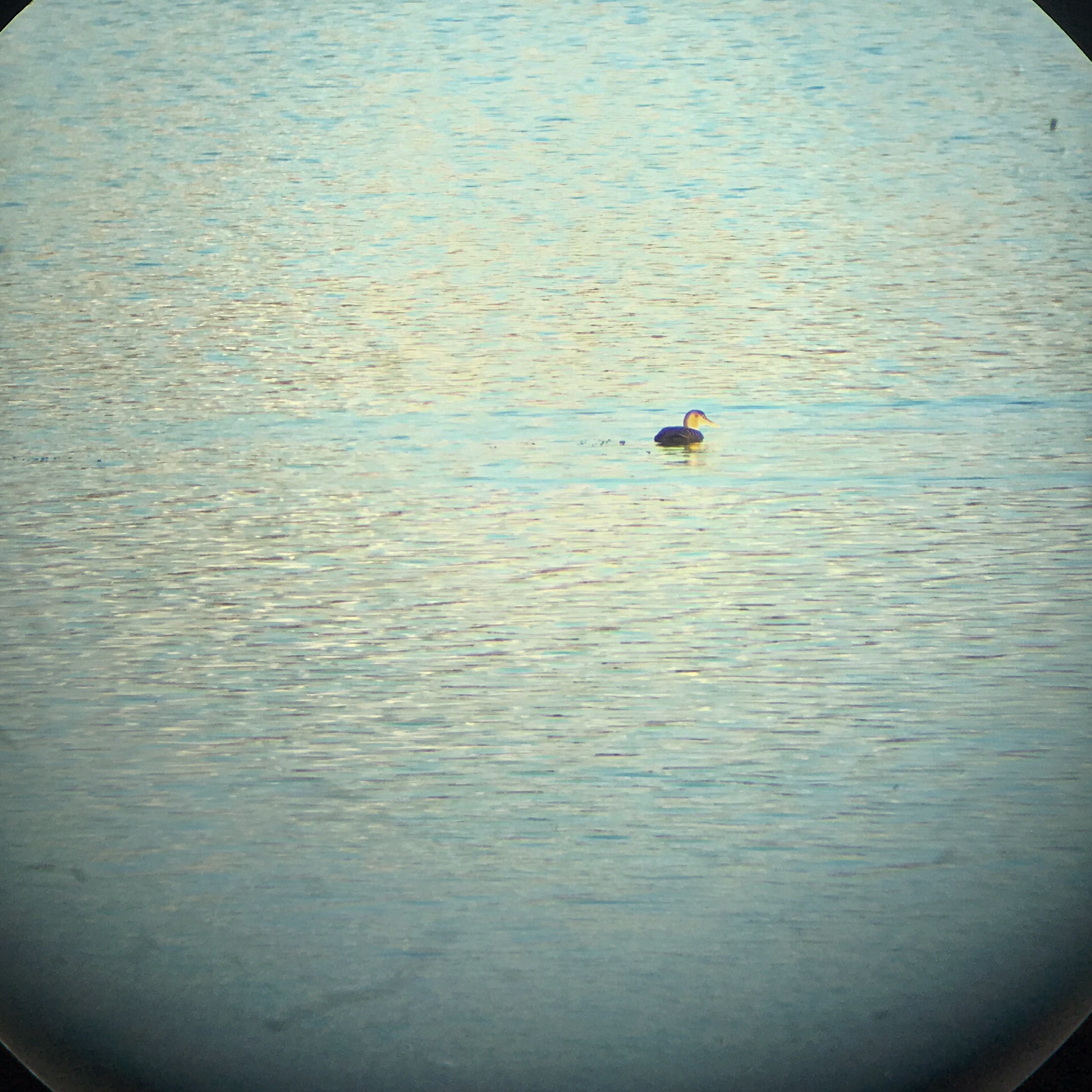 Most of the time when I looked, I just saw water. Or this … 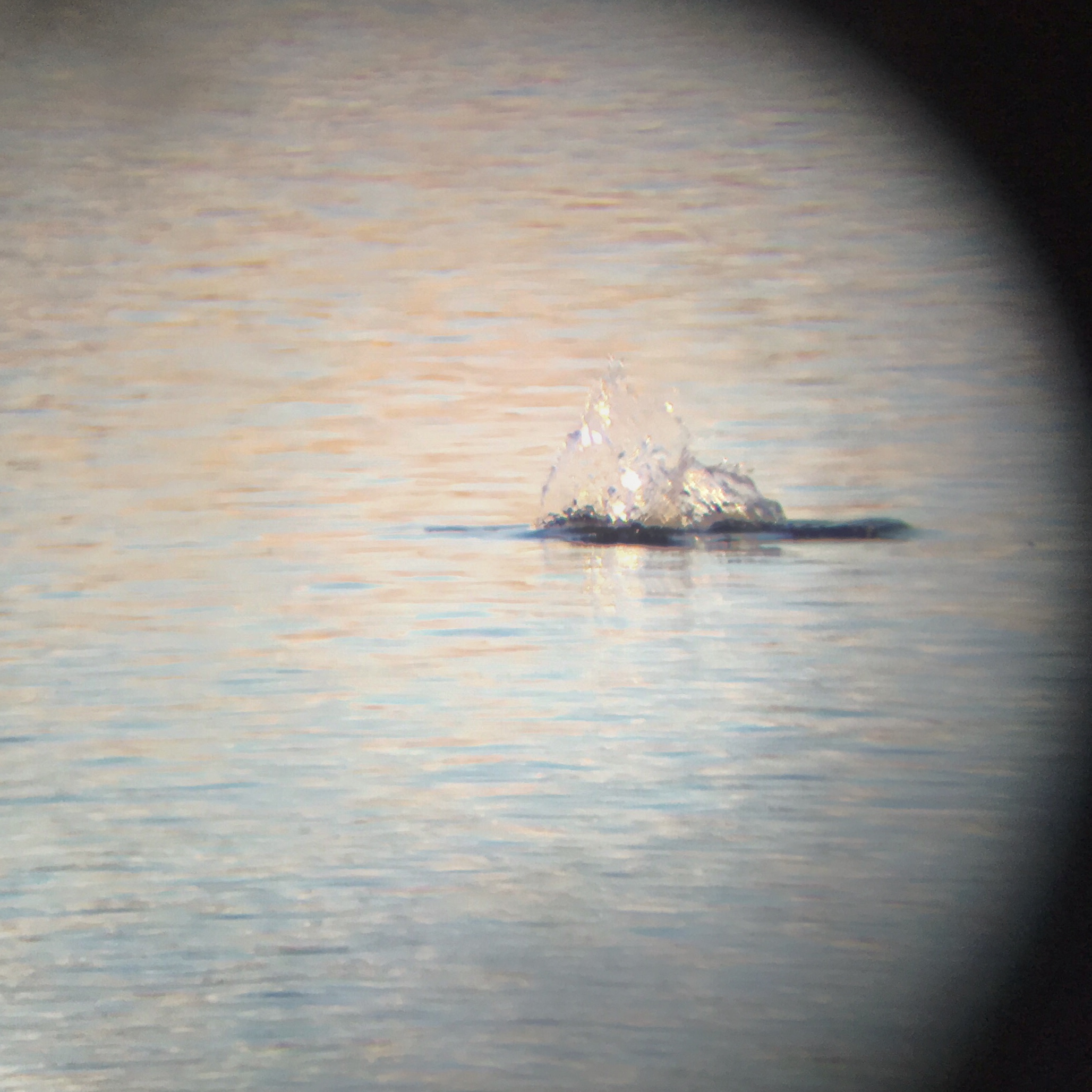 I realized I left my phone in my car, so I was on my way down to get it when a woman came up. I pointed out the bird to her. When I got back to the lake, we got to chatting. Turns out she used to live in Illinois and work in the Schaumburg Library where I’ve been many times.

I watched the loon for several minutes. It was gradually moving further away from me.

Another large group of birders showed up, all of them over 70. I guess that figures, seeing as it was a weekday morning. It was pretty obvious many of them were there for the social aspect—which is just fine. But some of them wouldn’t be able to tell a loon from a parakeet. 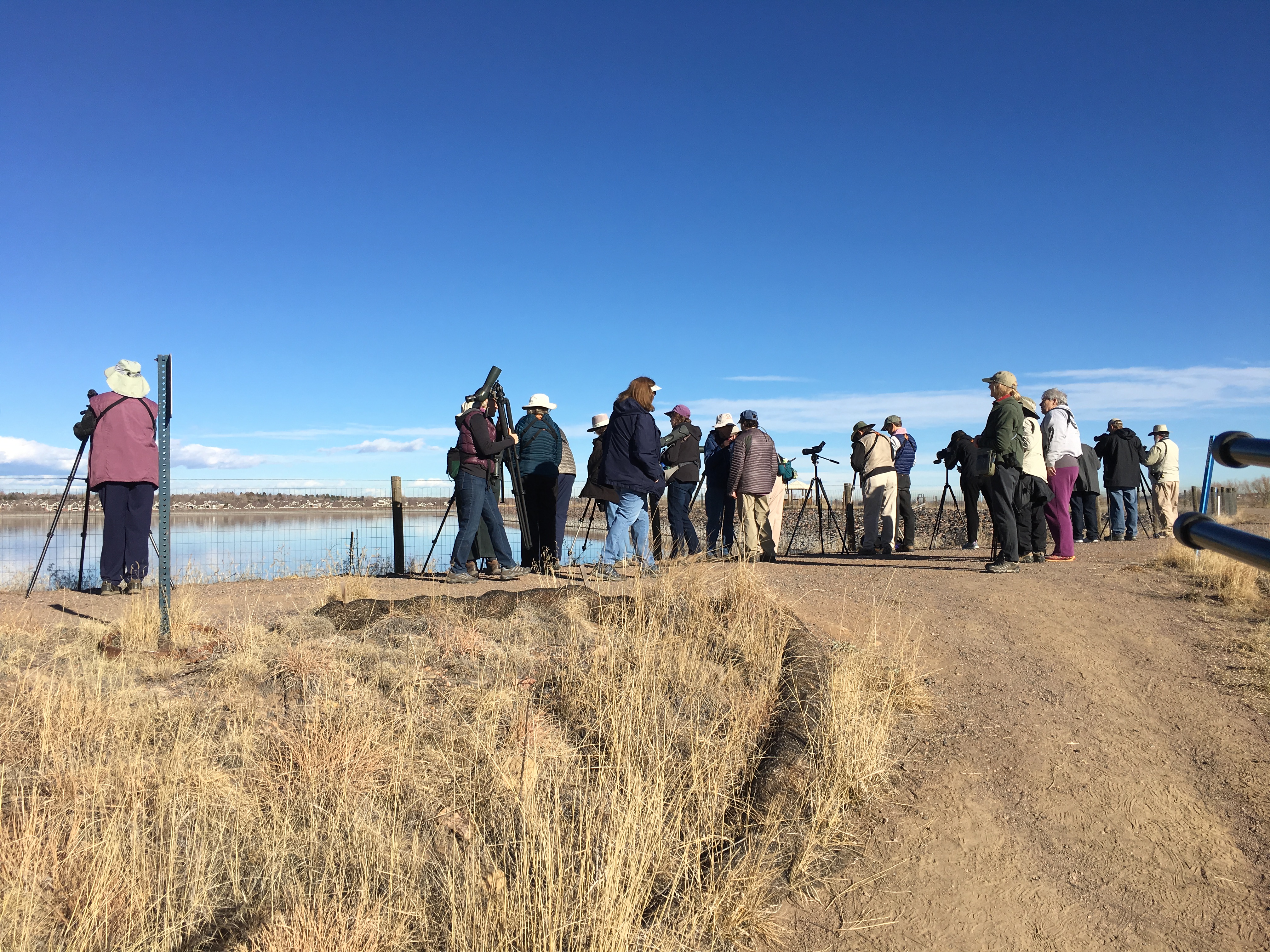 Yellow-billed Loons nest in the arctic and generally winter along the coast of Alaska. They’ve been recorded from downstate Illinois, but I don’t recall one ever being seen near Chicago. They show up a bit more often in Colorado, but it’s a rare bird by any measure this far south and inland.  In this photo, the loon can just be made out as a tiny light dot on the left. That’s downtown Denver in the background. 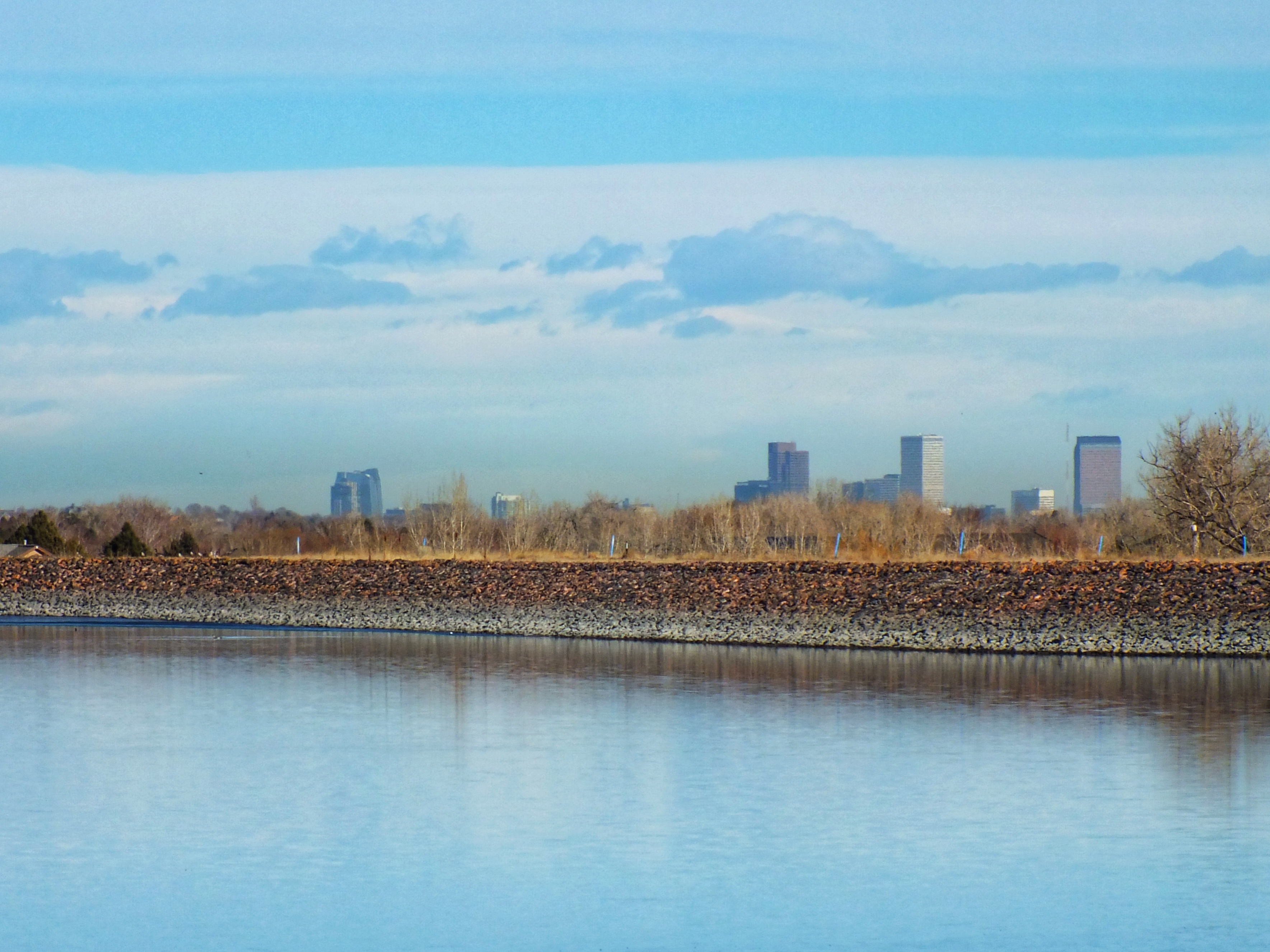 Here are some photos I stole off the internet of the very bird I saw, taken by people with far nicer cameras. I could see it almost this well through my scope. Note the straight culmen (upper ridge of the bill), another key mark. 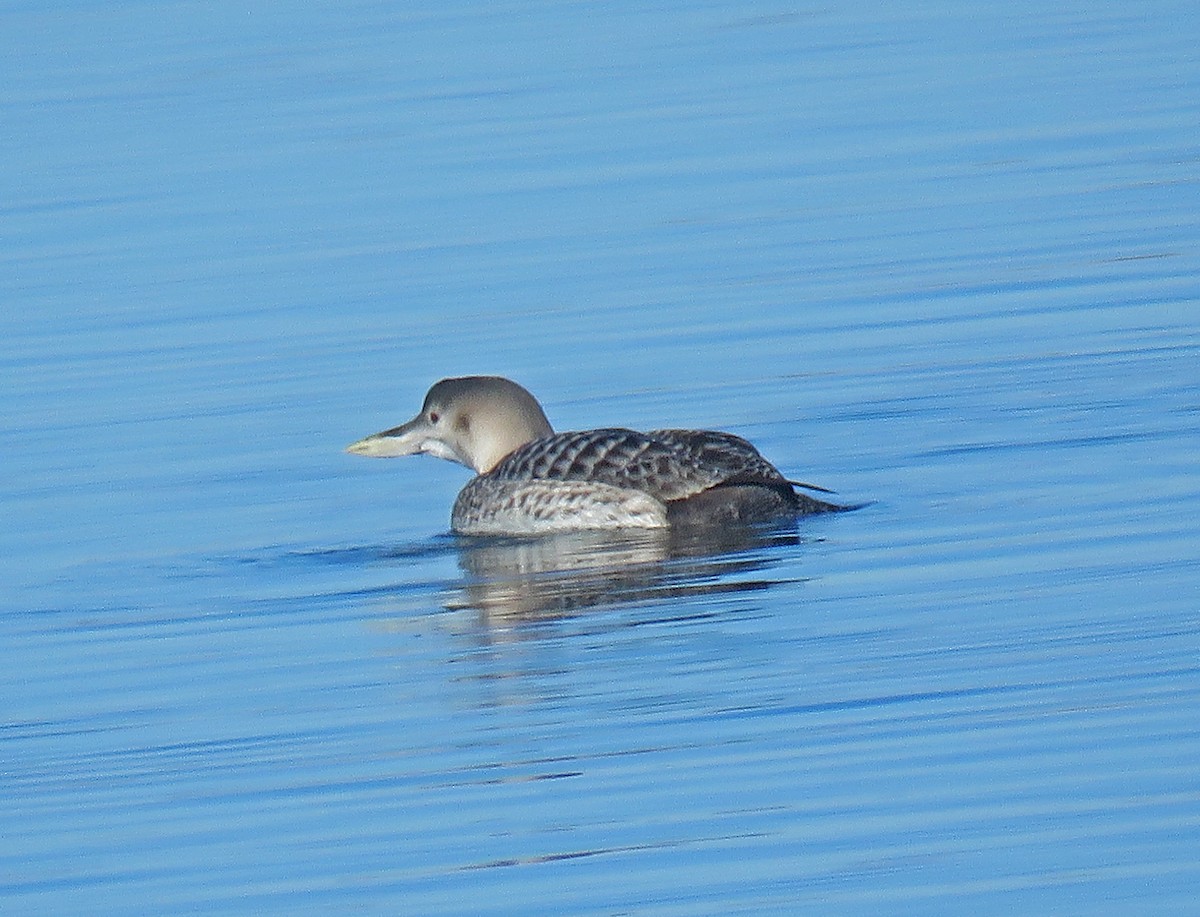 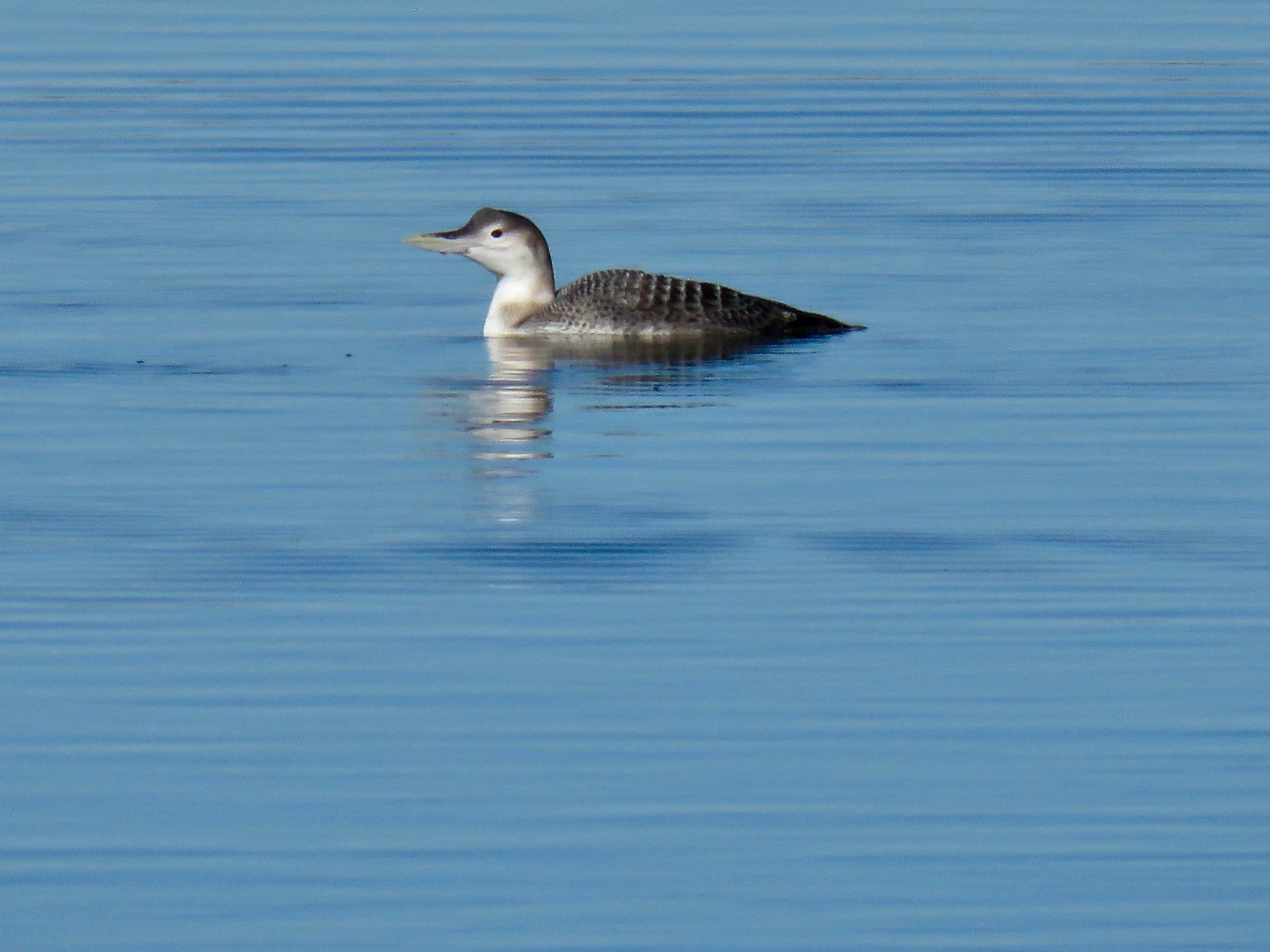 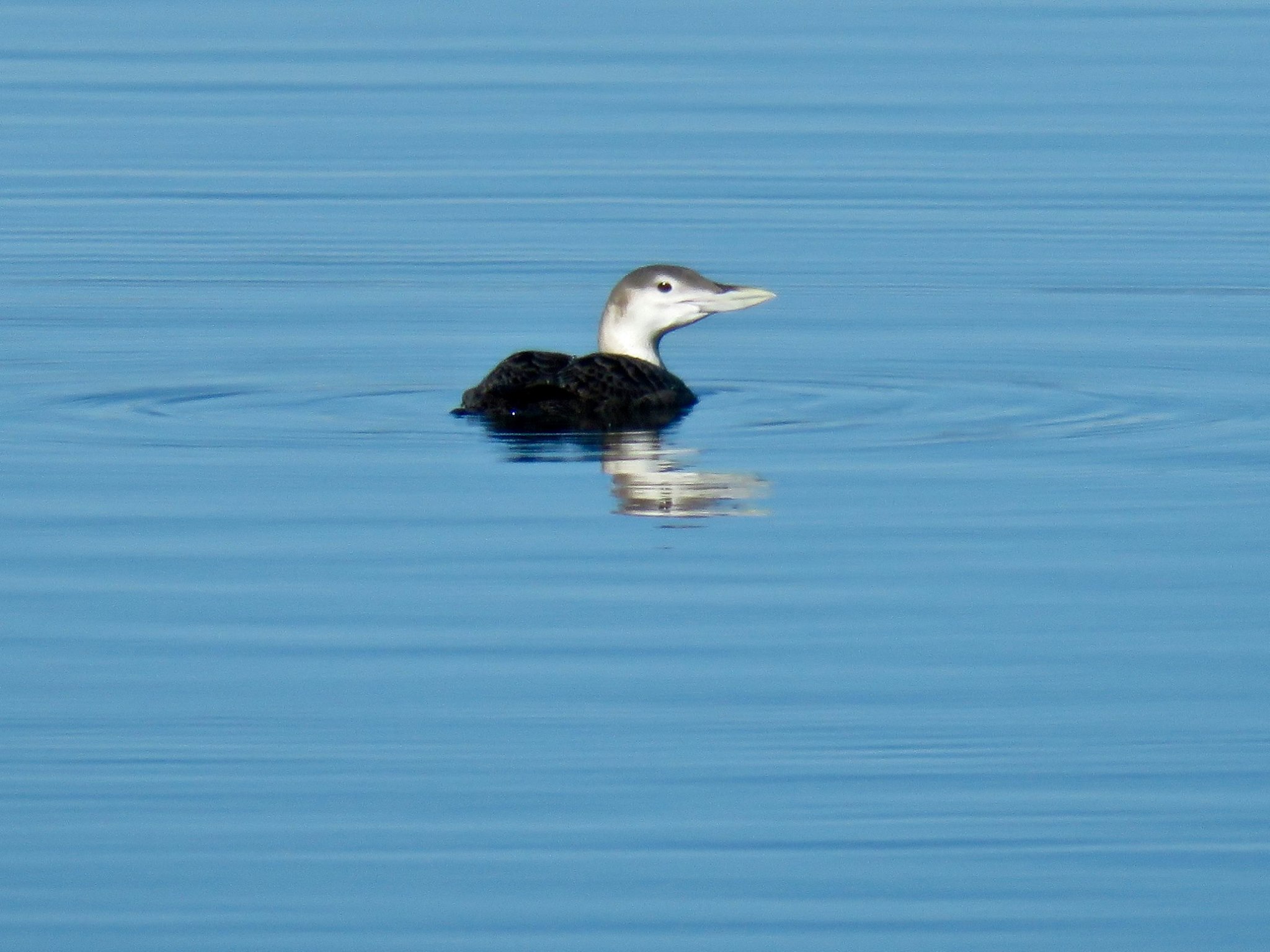 I wandered along the shore for a ways and spotted several Common Goldeneye, a Bufflehead, a raft of Ruddy Ducks, and two Greater Scaup. A White-winged Scoter flew down to my corner of the lake and landed about 30 yards out. 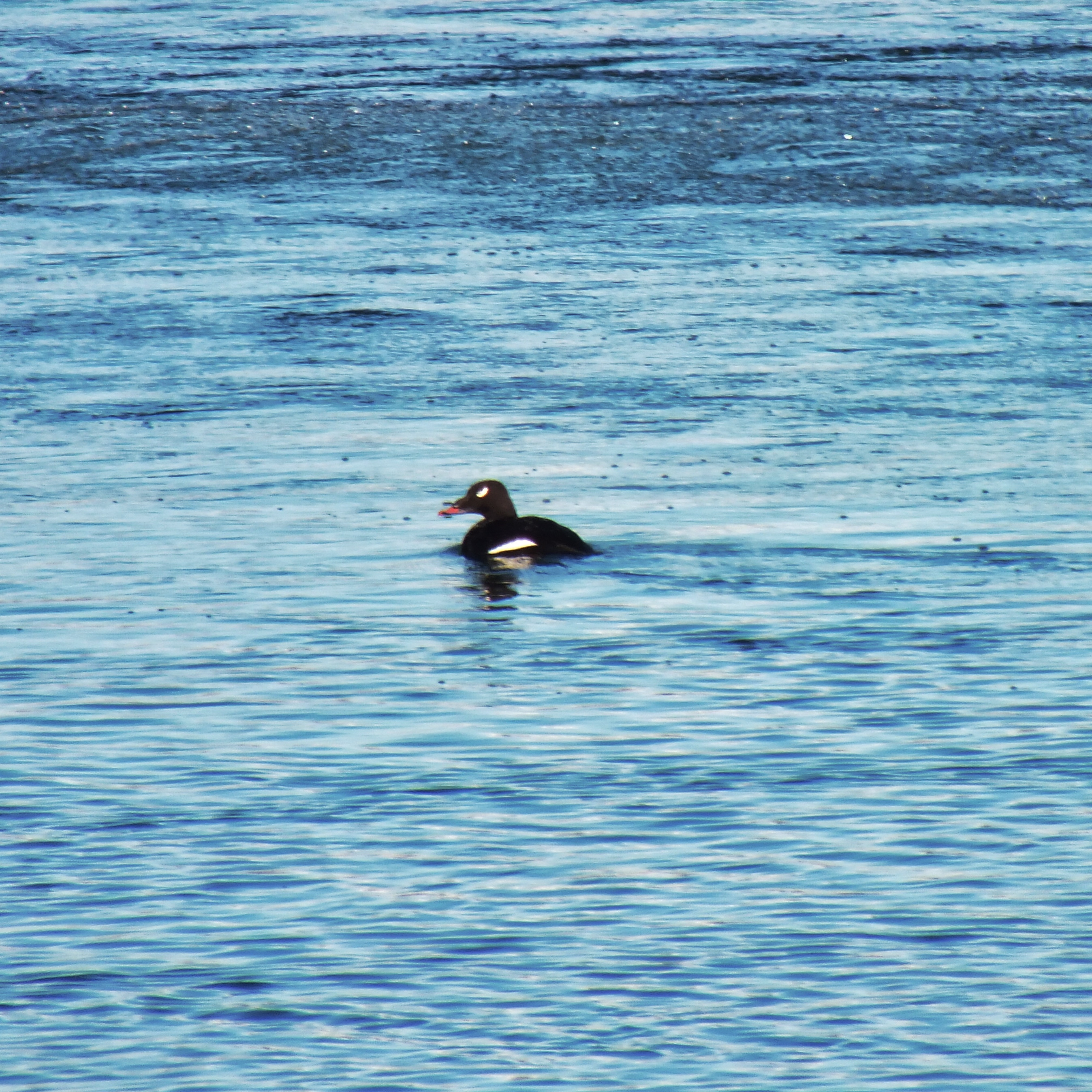 As it turned out, I didn’t need to take a day off to see it—the bird was still in the same place three weeks later. But you never know …