This one was pretty easy. I knew where other birders had been seeing McCown’s Longspurs on the Birding Tour in the western section of Pawnee National Grasslands. I pulled onto the dirt road and drove very slowly—stopping to check out every bird I saw. I discovered that the windshield on our new Honda distorts the view through cameras and binoculars a great deal.

The area was short-grass prairie without a tree or building in sight. I crested a rise and saw three birds on the road. One of them was Horned Lark—which helped me tell immediately that the other two weren’t.

The female McCown’s Longspur looked somewhat like a female House Sparrow with a broad, pale line above her eye. (That’s the longspur on the right.) 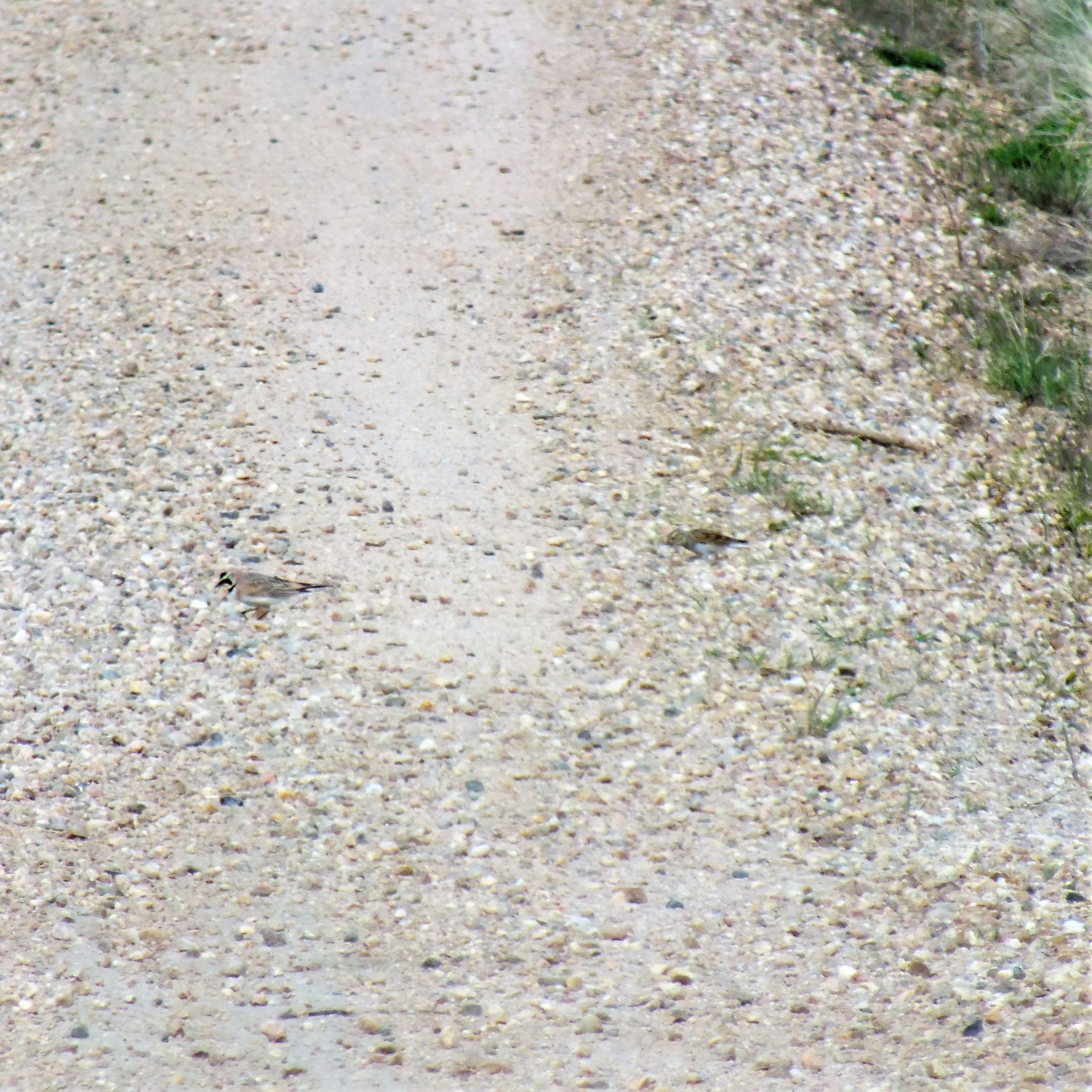 The female flew off into the prairie. I angled the car across the road so I could look at the male through the driver-side window. It picked at the road, moving slowly but steadily away from me most of the time. 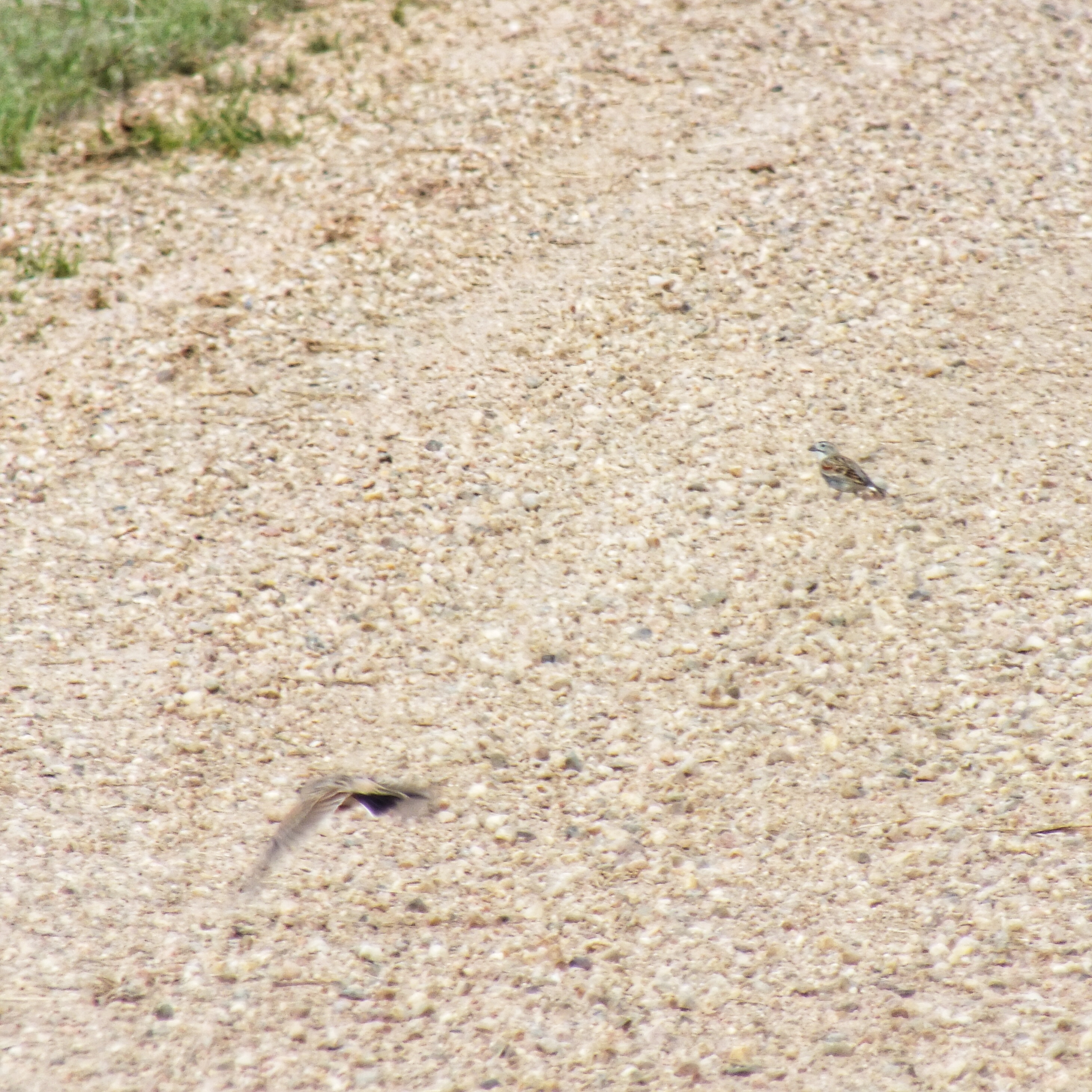 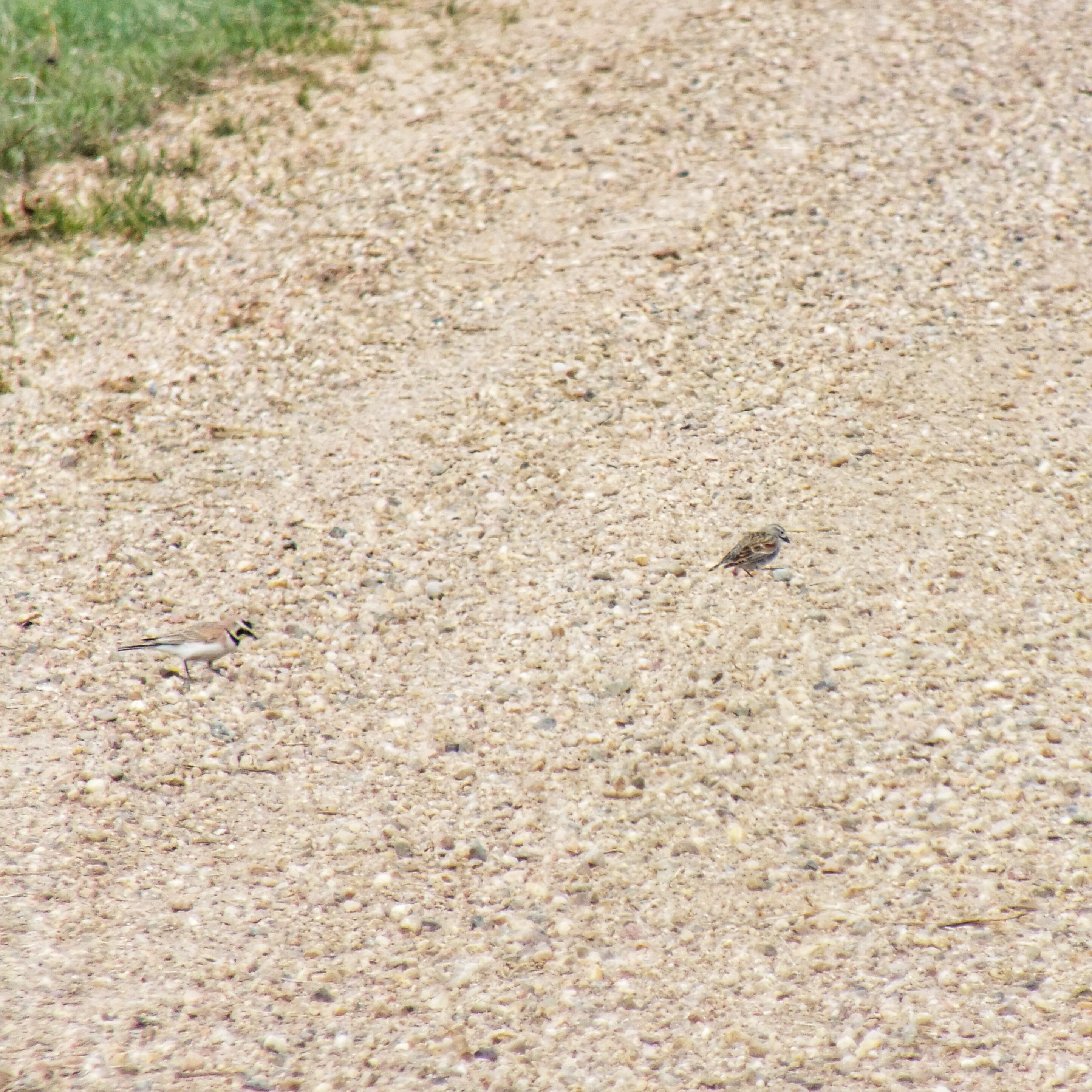 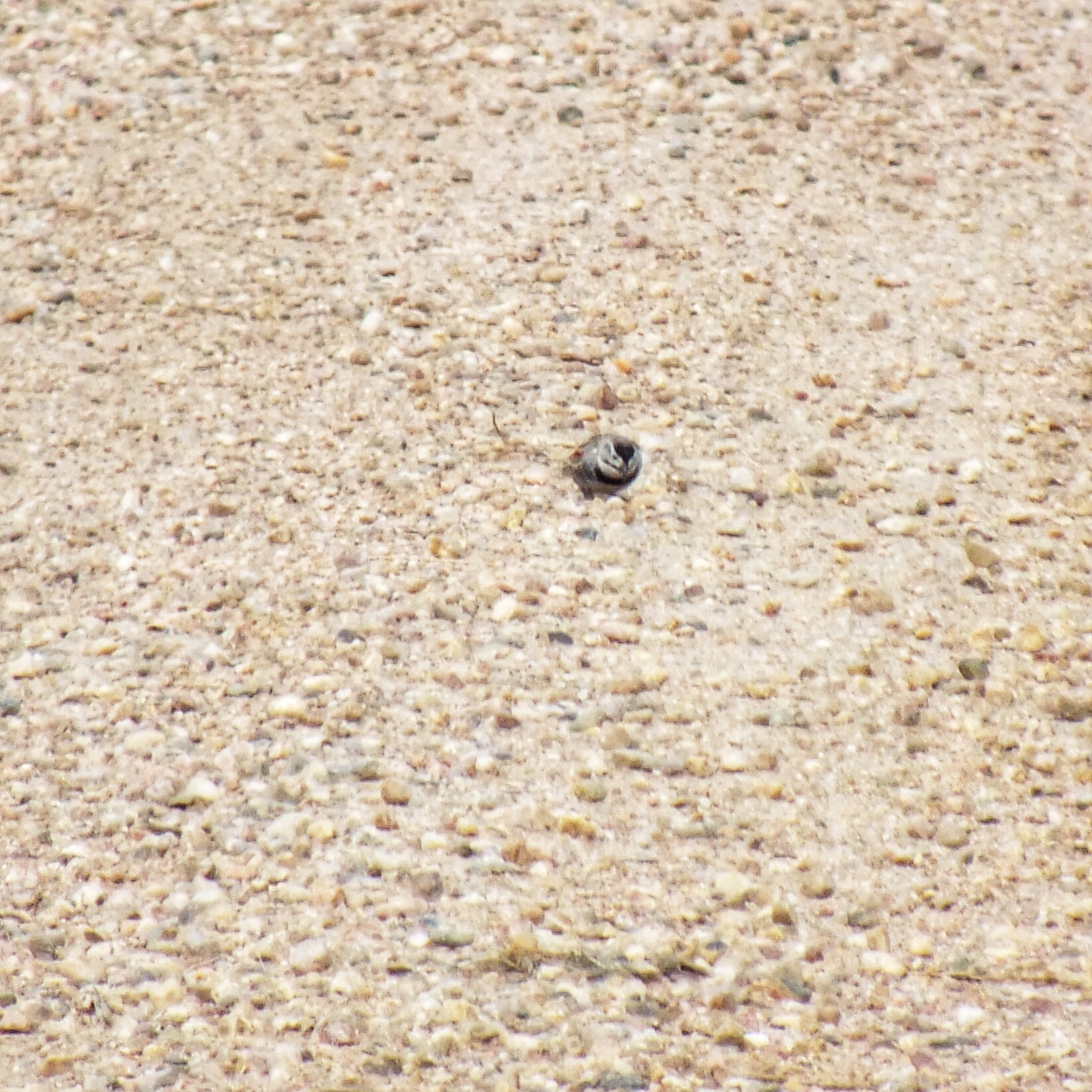 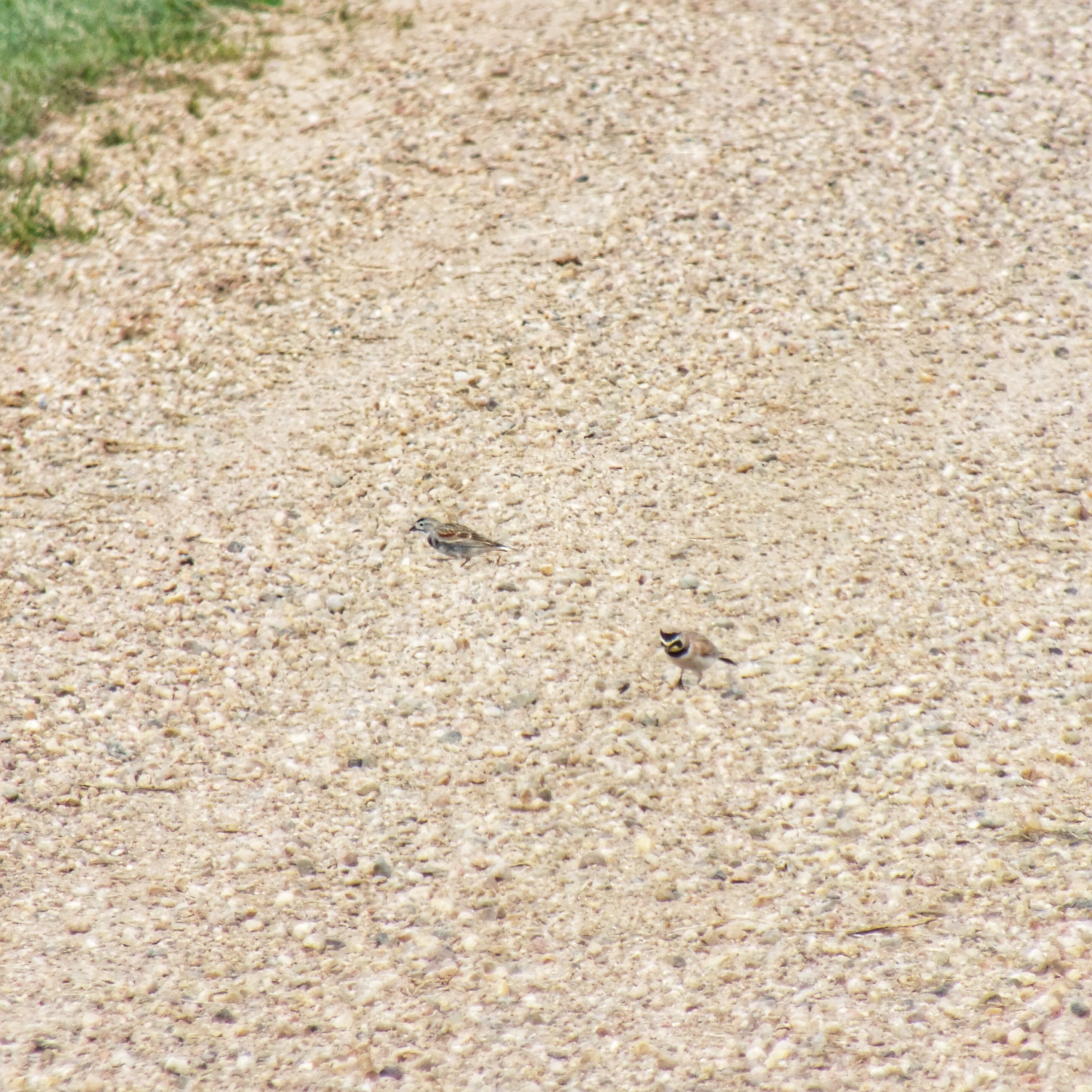 The Horned Lark came and went and came again. The male longspur stuck around for about five minutes, then flew off into the prairie toward where the female had gone. I expected to see more, but these were the only two I spotted.