After I saw the McCown’s Longspurs, I continued driving along the dirt road into the grasslands. I heard a Grasshopper Sparrow singing off in a section of prairie with taller grass. I pulled over to get a better look. Another birder drove up as I was putting my scope back in my car. We exchanged sightings. He said the longspurs had eluded him so far. I told him where I’d seen the McCown’s. We headed off in opposite directions.

I pulled onto another dirt road heading north. After a couple hundred yards, I saw a black spot on top of a prairie plant about 30 yards ahead of me. I angled my car across the road and took a look. The black was the belly of a Chestnut-collared Longspur, my other target bird for the morning. 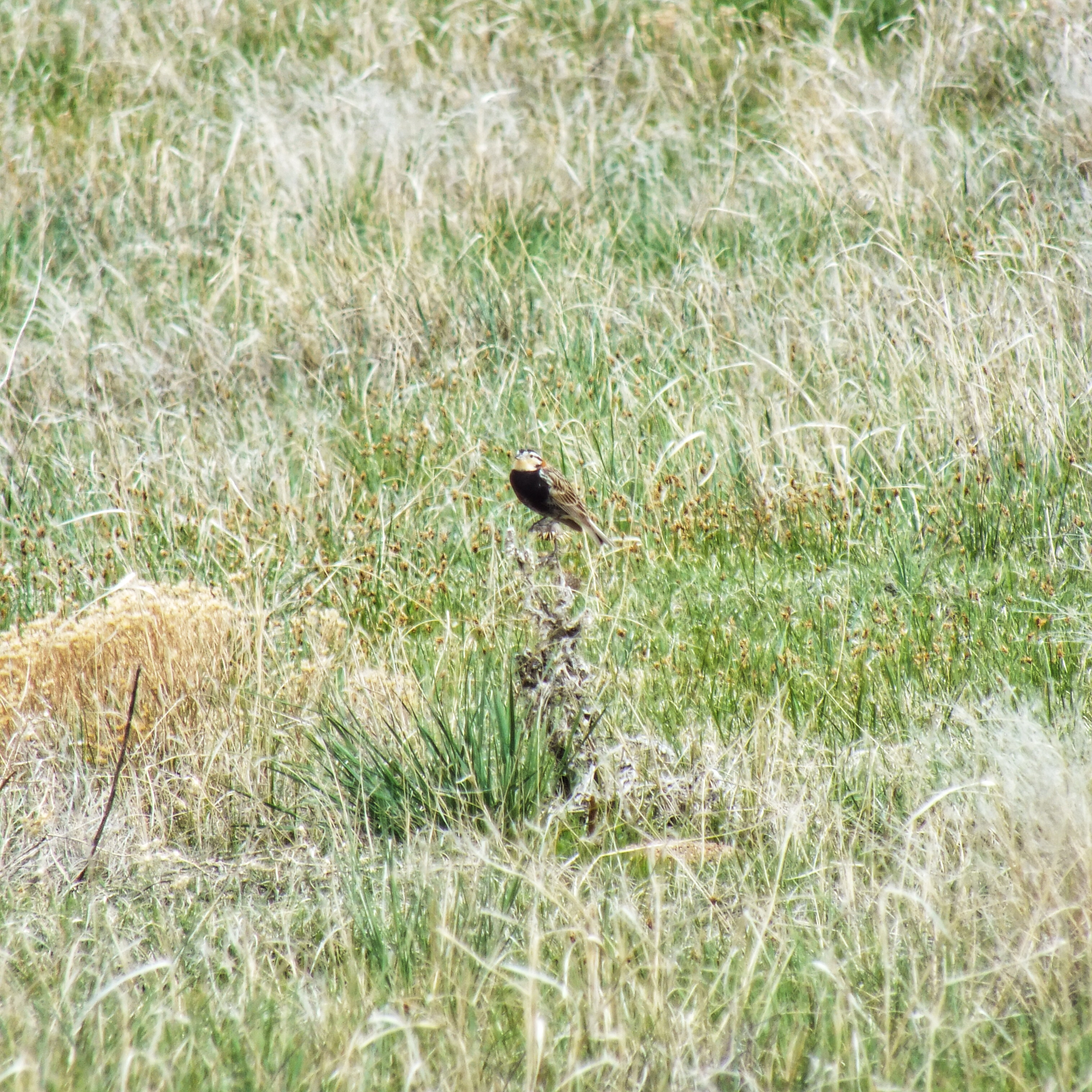 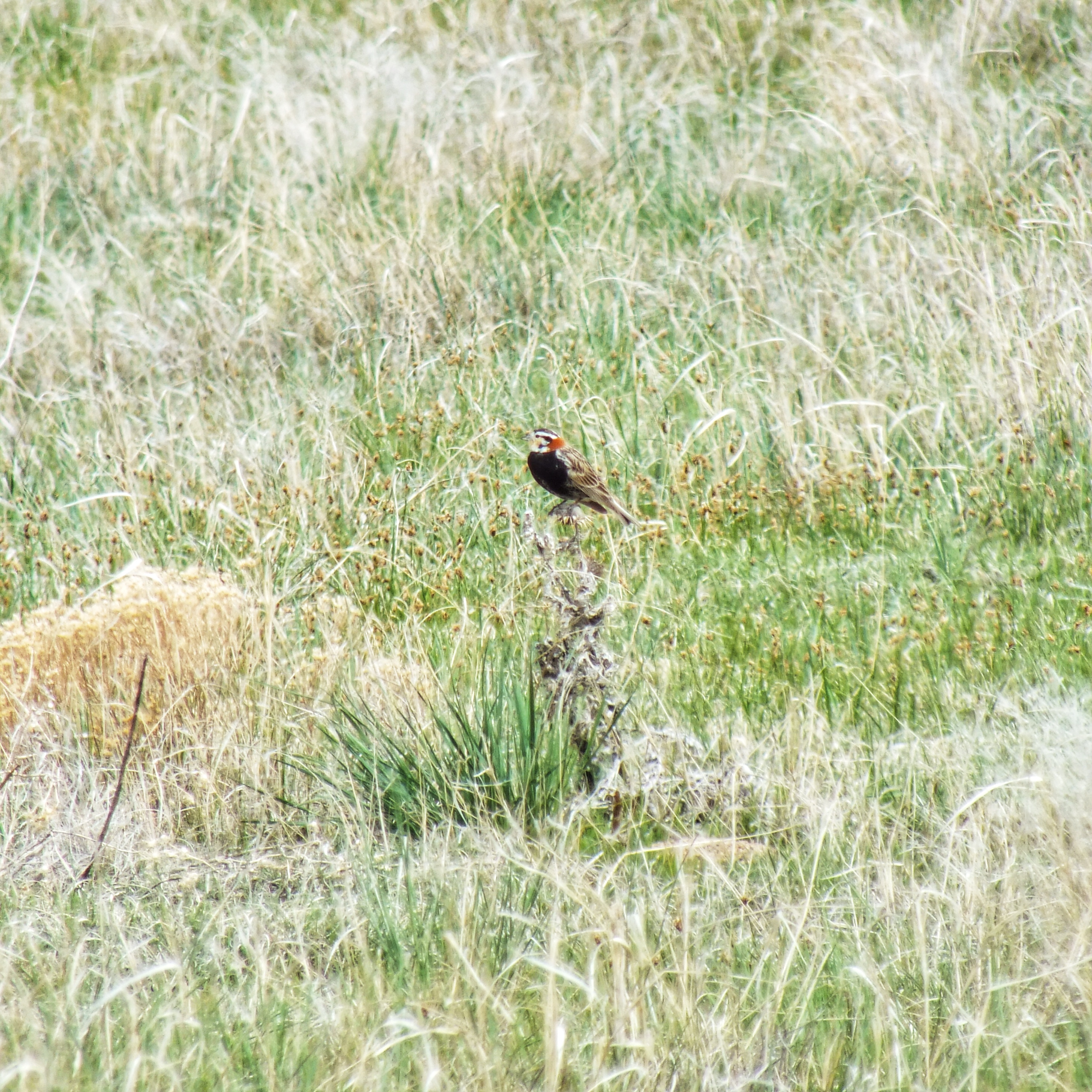 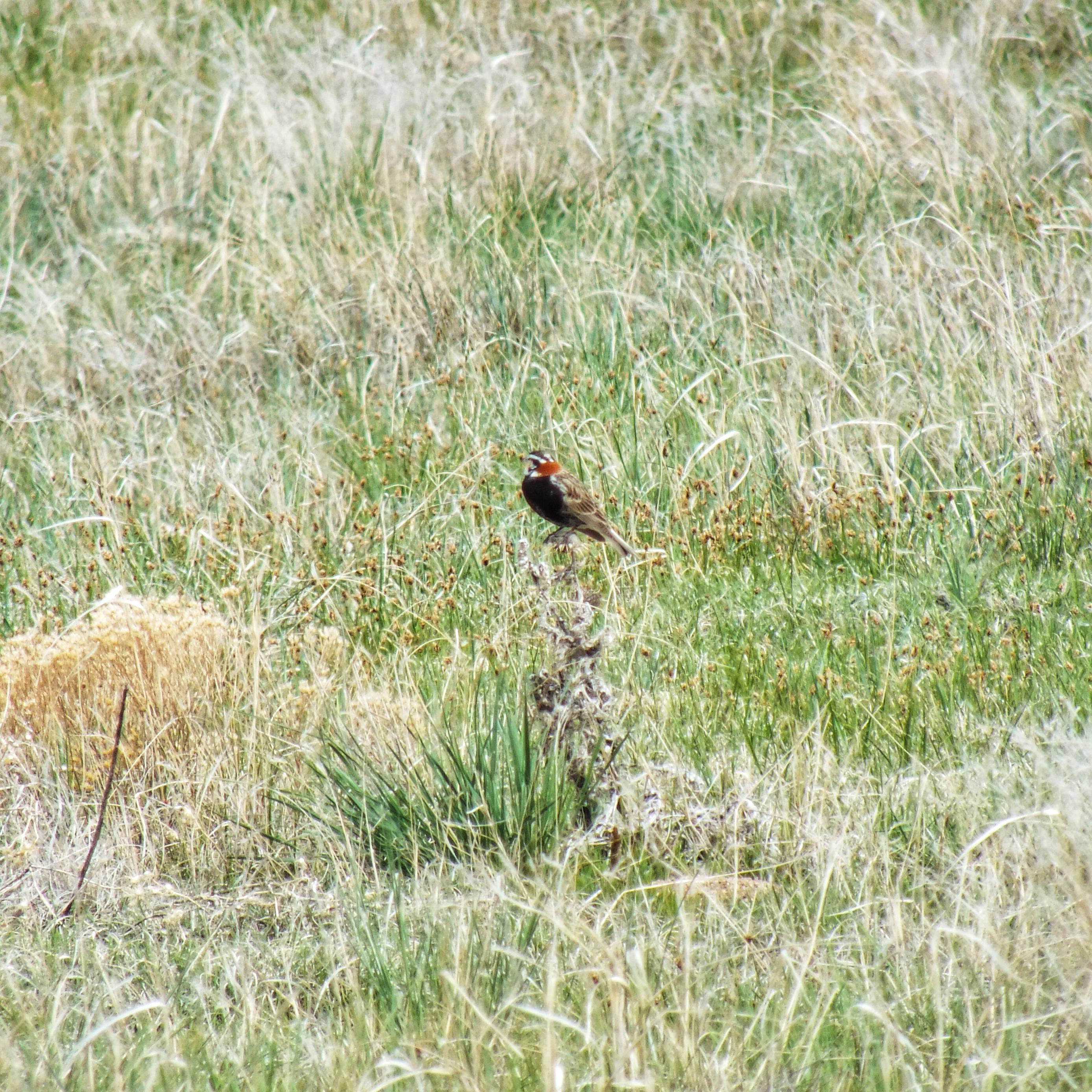 After 30 seconds or so, it hopped down into the grass and foraged. I could follow it for about a minute before it disappeared. 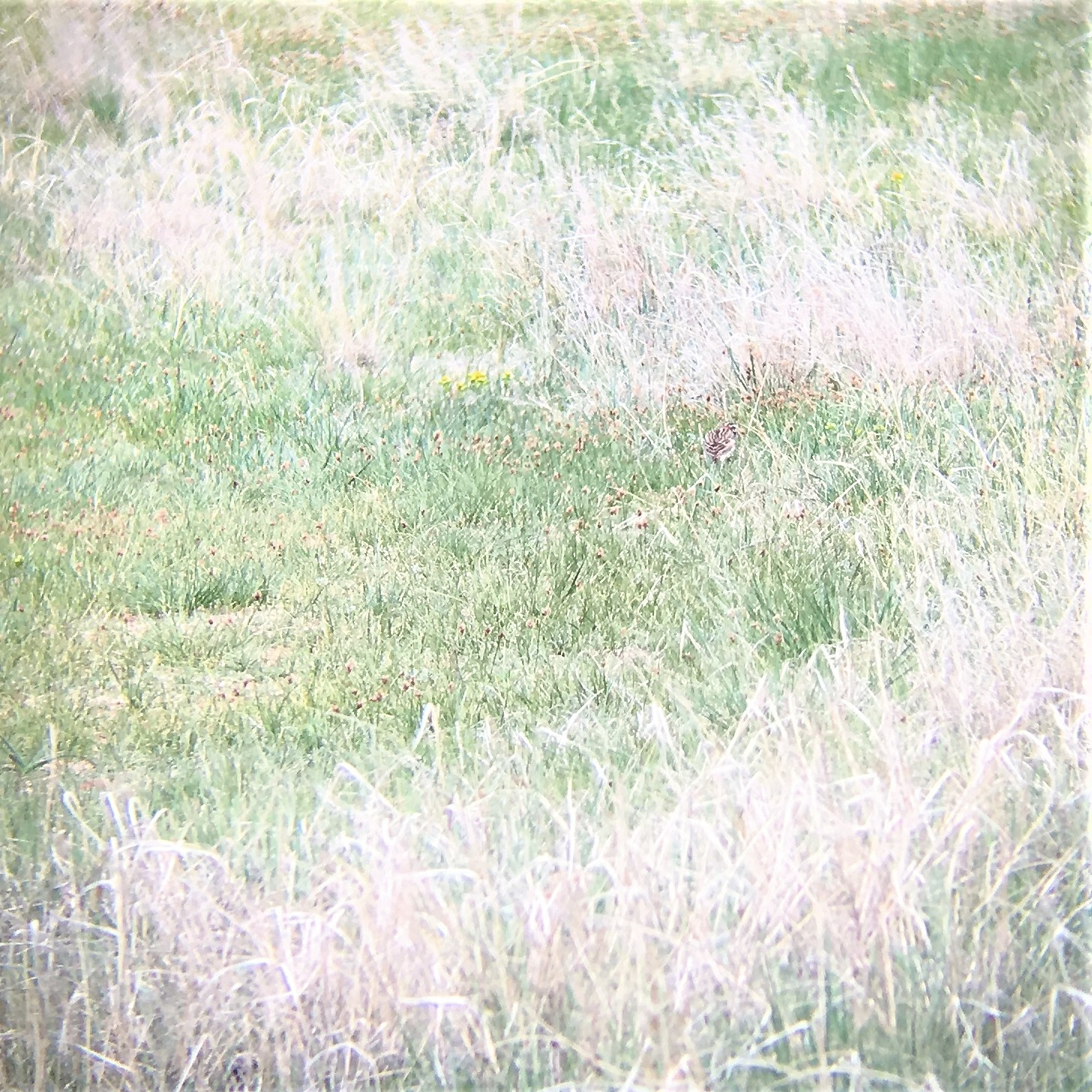 I drove on and soon saw two birds fly across the road into the grass. Both of them were appearing and disappearing in the grass. I was settling in to watch for a while when I heard a rumble behind me. A semi with a load wrapped in blue plastic was headed my way. It was somewhat surprising since I was on a tiny dirt road in the middle of nowhere. I pulled over as far as I could and let him by. When he’d passed, the birds were gone. I didn’t see any more, but since I’d gotten good looks at my two lifers, I didn’t hang around long.