In the middle of the prairie/farmland of eastern Colorado, 120 miles from Colorado Springs, a birder found this Golden-crowned Warbler in a patch of trees around a ranch. That was last Wednesday. I had no opportunity to go see it over the next three days. Saturday was rainy and cold and, quite honestly, I forgot about it. I was a little relieved to see that nobody saw it that day. When I saw that it was found again on Sunday, I knew I had to give it a go. As it turned out, I’d already taken Monday off work to bird with a friend, who’s in Colorado on vacation.

We left my house at 6:15, stopped a few places along the way, and got to the spot where the warbler was being seen a little after 10:00. We could see the trees a long way off. What we couldn’t see until we’d crested the last rise was the group of birders already there. When I got out of my car, a young guy turned and gave me a thumbs-up, then urged me to hurry. I jogged to the spot and immediately saw the bird dart through the low choke cherry bushes. Moments later, I had a full-on head view from six feet away. The warbler stayed low in the brush, occasionally jumping up after insects. I saw it briefly several other times until it disappeared. Nate got a good look at it too. 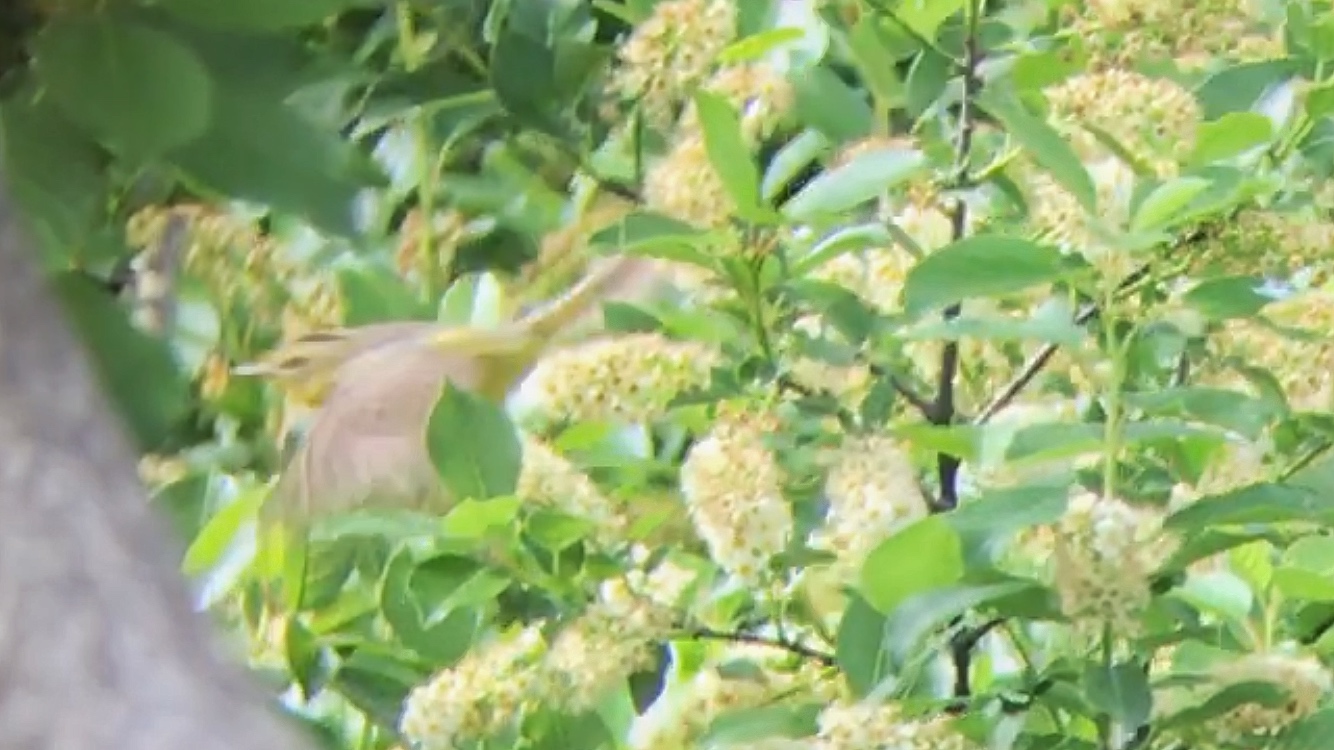 We were told that it habitually circled around to that spot about every 45 minutes, so we stood around looking at other birds and talking with the other birders. As it turned out, this circle only took 35 minutes. It didn’t stay around as long this time. I tried to get it on video with minimal success. But as we’d both seen it and we had other birding we wanted to do, we took off. The guy who motioned me over when we first got there was named Joel. He’s 17 and has been birding for five years. He already has over 500 birds on his life list. He was teasing me a bit because it took him four hours to find the bird, and I saw it within 20 seconds.

The Golden-crowned Warbler’s normal range extends from northern Mexico south to Argentina. Eight or ten of them have been seen over the years in extreme south Texas, and one showed up in New Mexico in 2005. A couple of the birders who were there with us were calling it the rarest bird ever spotted in Colorado.

Other birders got tons of photos. I “borrowed” this one online to show the bird better. This was very close to what my first look at it looked like. 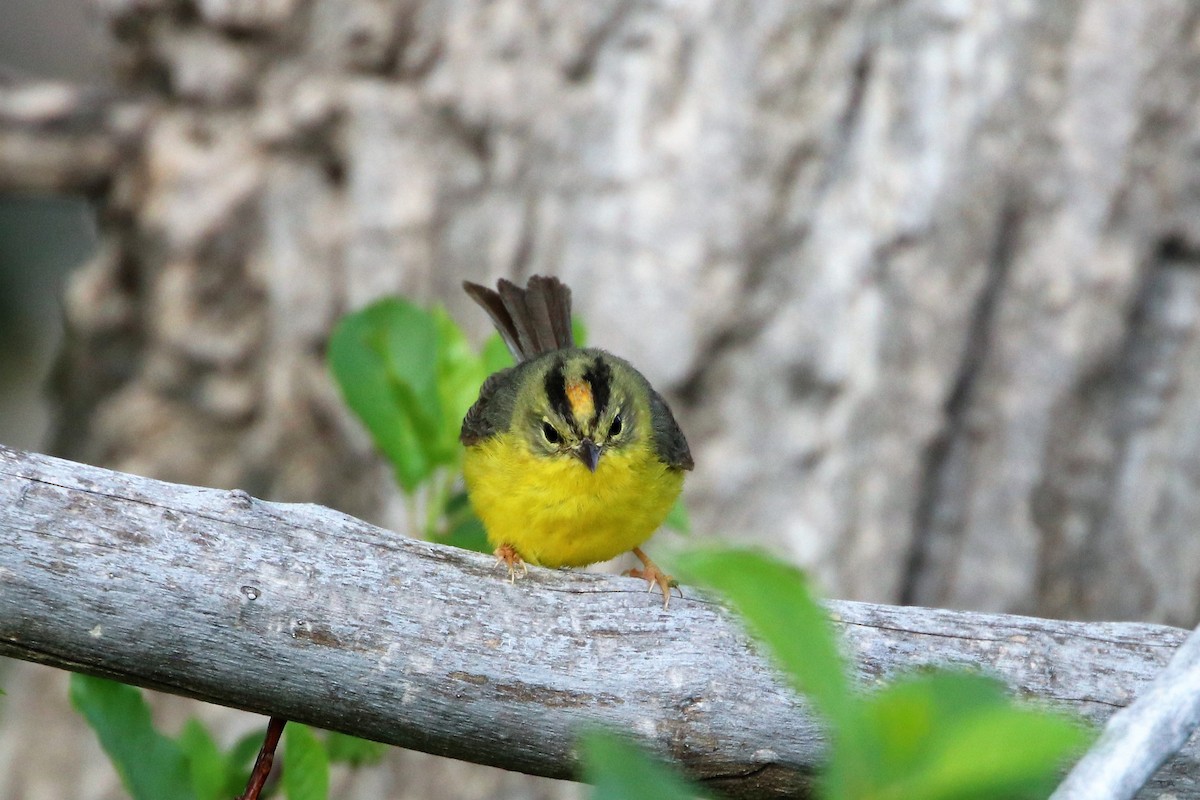