The only way to see a poorwill, or so I thought, was to drive dirt back roads through open areas, watch for their eye-shine, and listen for their calls. I had already planned on doing this sometime this summer.

Or … I could just walk into the open area near my work on a cool, windy midday and flush one. I was walking my usual path through the scrub oak and pines as I do nearly every weekday. 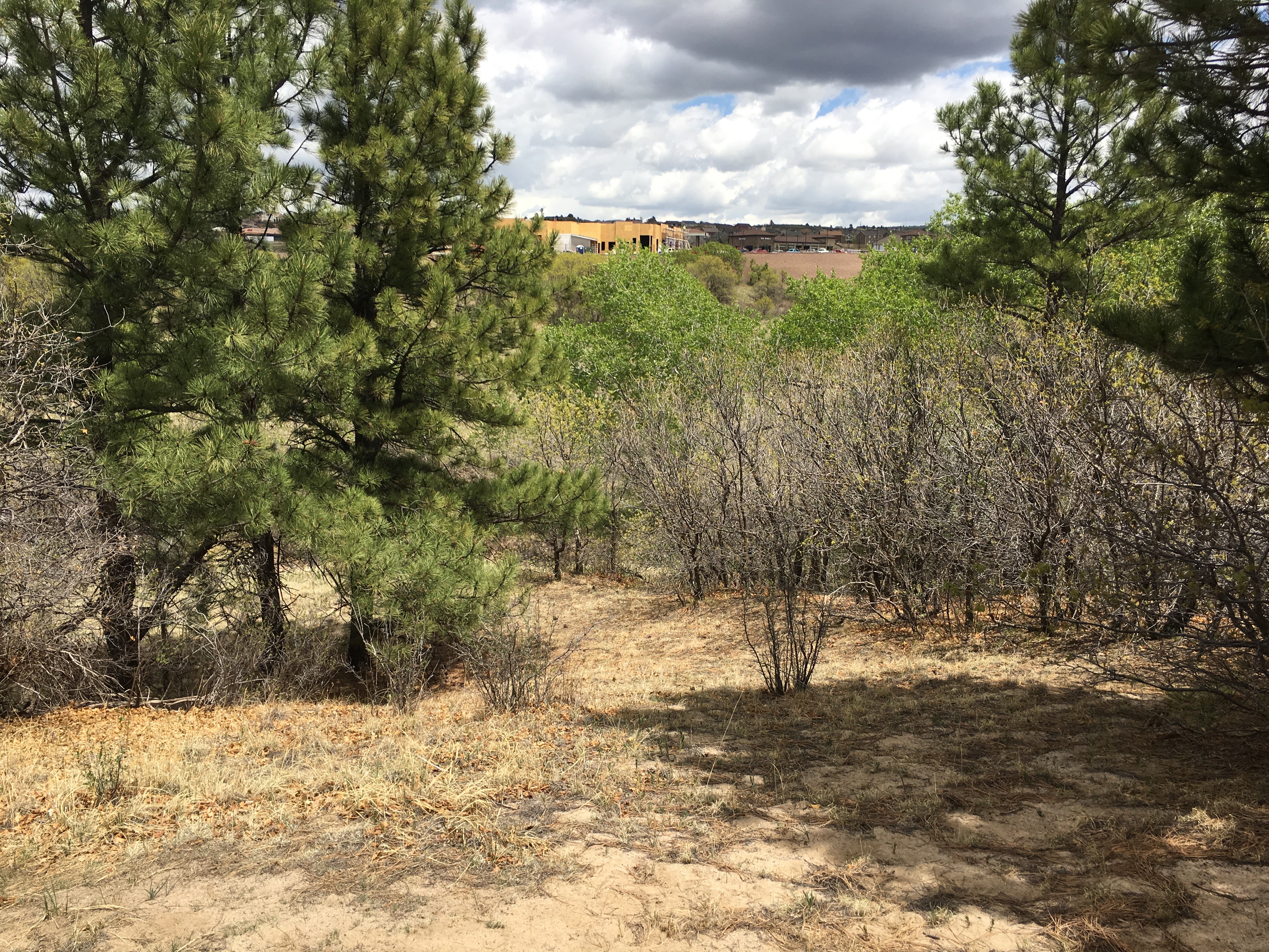 A bird flew up from the ground near the pines (on the left in my photo) and disappeared into the scrub oak (on the right). It wasn’t more than eight feet away when I first saw it. It flew off to the right, giving me good views from the side and back. It probably wasn’t in view for more than two seconds, but that was long enough for me to see it well.

My first impression was that it was an immature of some species because the rounded wings seemed far too large for the short tail. Its head was rounded and it had no noticeable neck. The wings and tail were barred with black and warm brown. The corners of its tail had white rectangles—like a terminal band that was white on the outer two sections and brown in the middle. It flew with deep, floppy wing beats.

I was not remotely expecting to see a poorwill, so it took me a couple seconds to process what I’d seen, but once I rewound the evidence in my head, the i.d. was obvious. I checked the branches of nearby trees along the creek and walked back through some arid open areas on the other side of the scrub oaks, but I didn’t spot it again.