I took an early morning hike to the upper Palmer Lake Reservoir, mostly for exercise and training for climbing Quandary Peak later this month. But I was also aware that I was entering prime habitat for Cordilleran Flycatchers, so I brought my binoculars along. I wandered some side trails north and west of the upper reservoir, looking at birds, butterflies, and wildflowers and listening for the flycatcher.

By 10:15, it was getting warm (it got up to 90° later in the day) and the trail was getting crowded. I started back down. I was about halfway between the reservoirs where the valley narrows. Just to the south of the dirt road, the ground drops away to a boulder-filled canyon with a creek running through it. 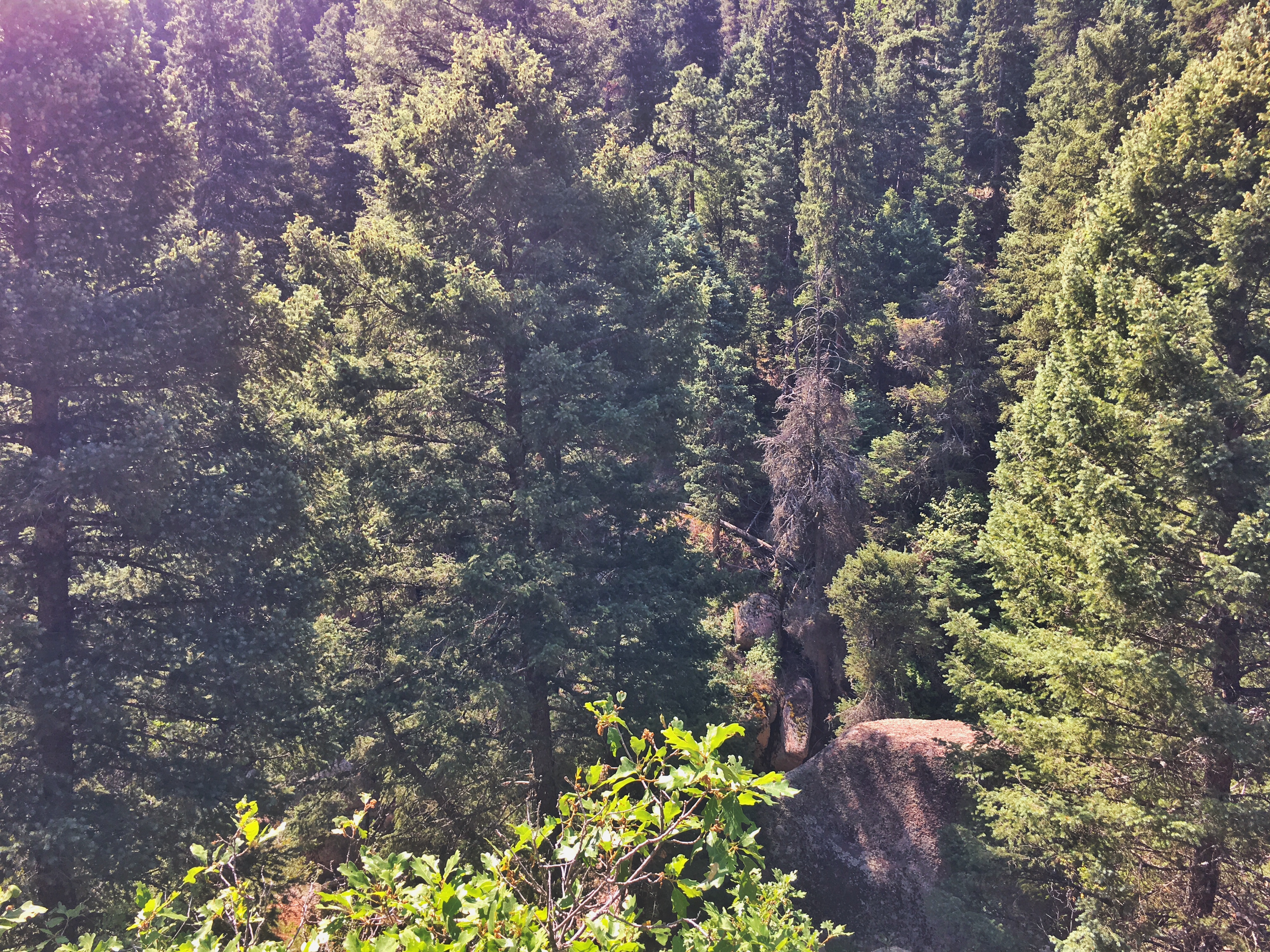 I heard a high-pitched call that sounded like the first note of the Cordilleran Flycatcher call on my phone app— a rising “suWEEP.” I soon spotted the bird in the dead tree across the canyon visible in the photo above. It moved up and down the creek below my eye level. I kept getting brief glances as it flew between the trees.

I played the call from my phone and it came to investigate, first in an evergreen down the slope about 30 feet away, then in a tree right next to where I stood, then uphill on the other side of the trail. 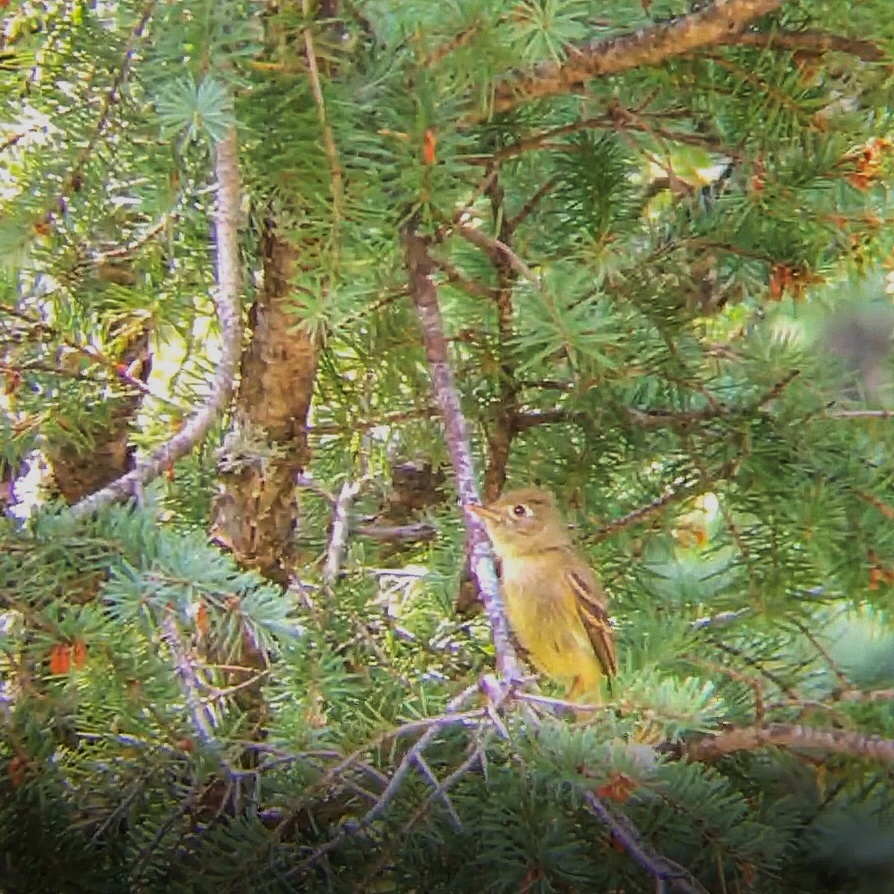 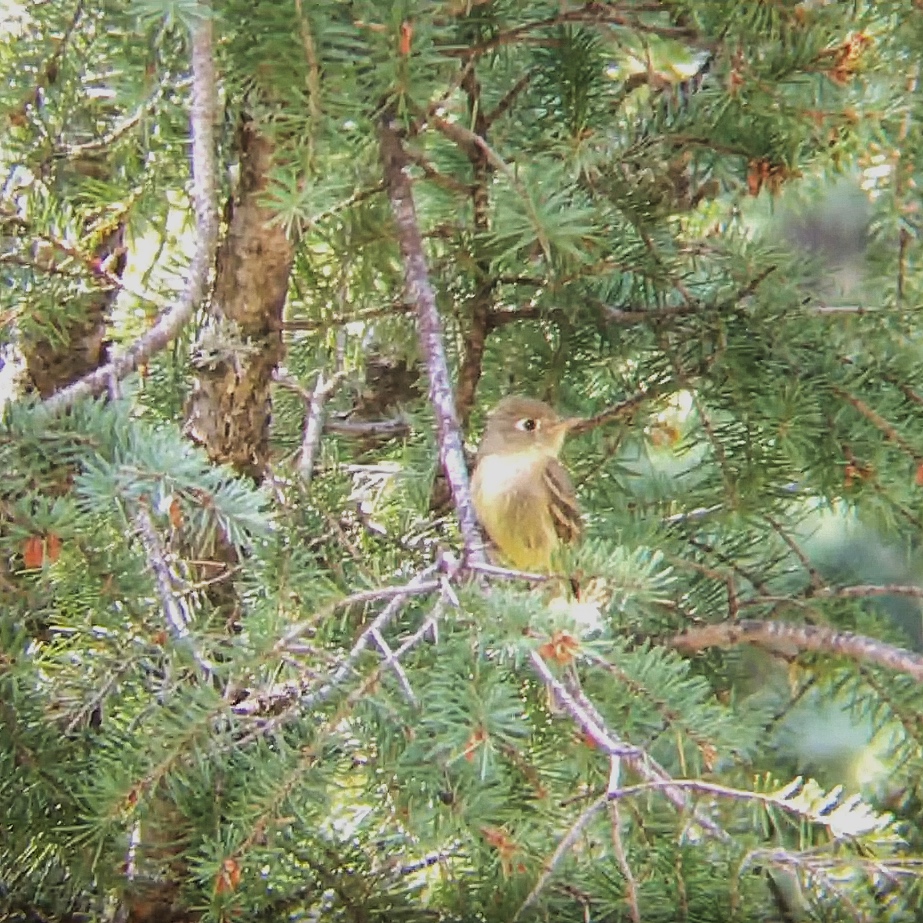 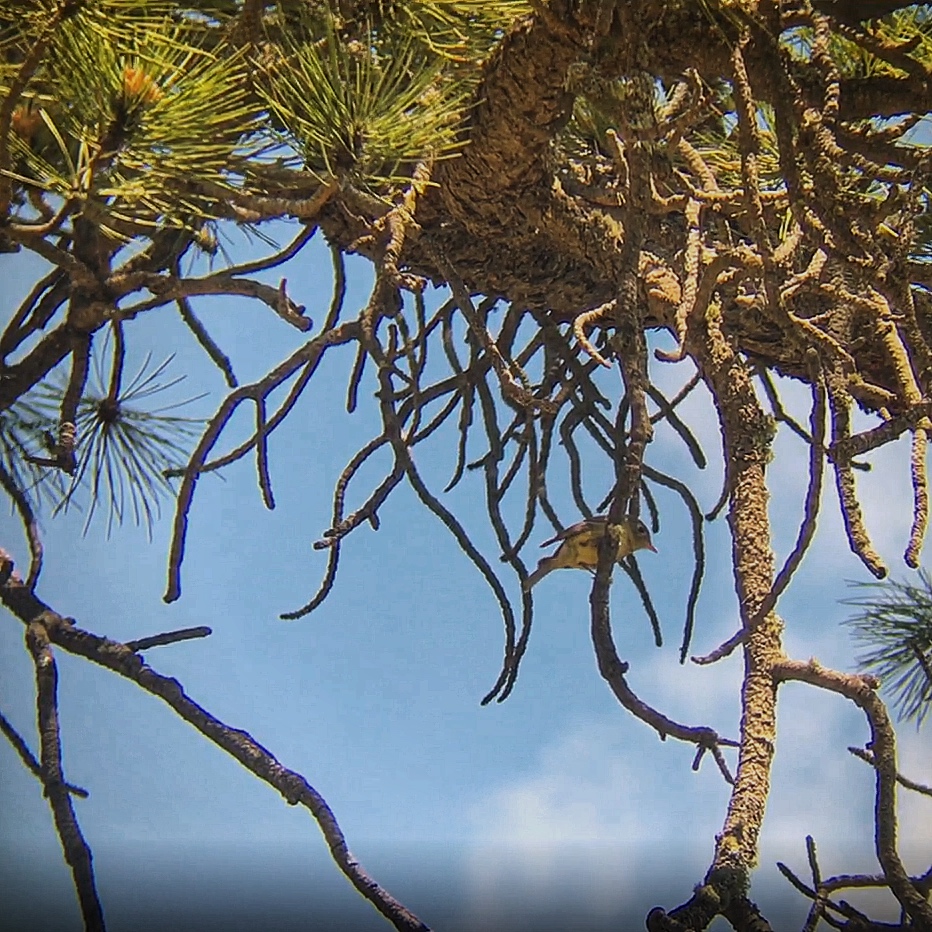 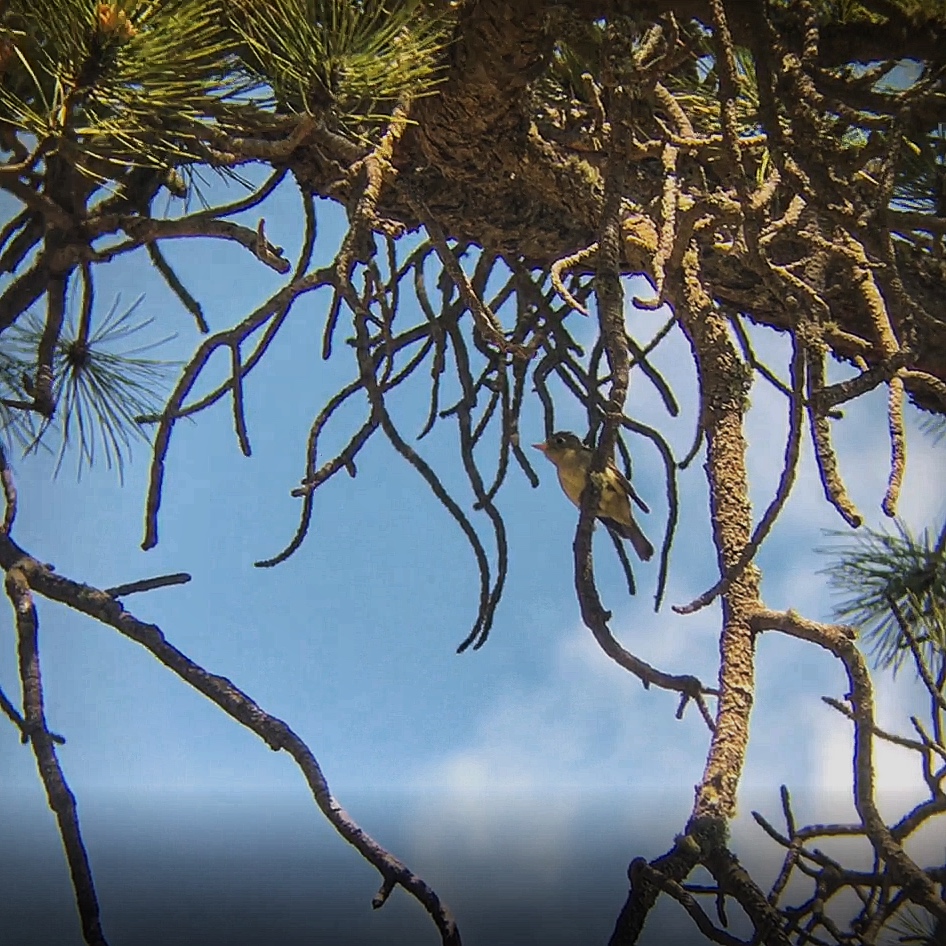 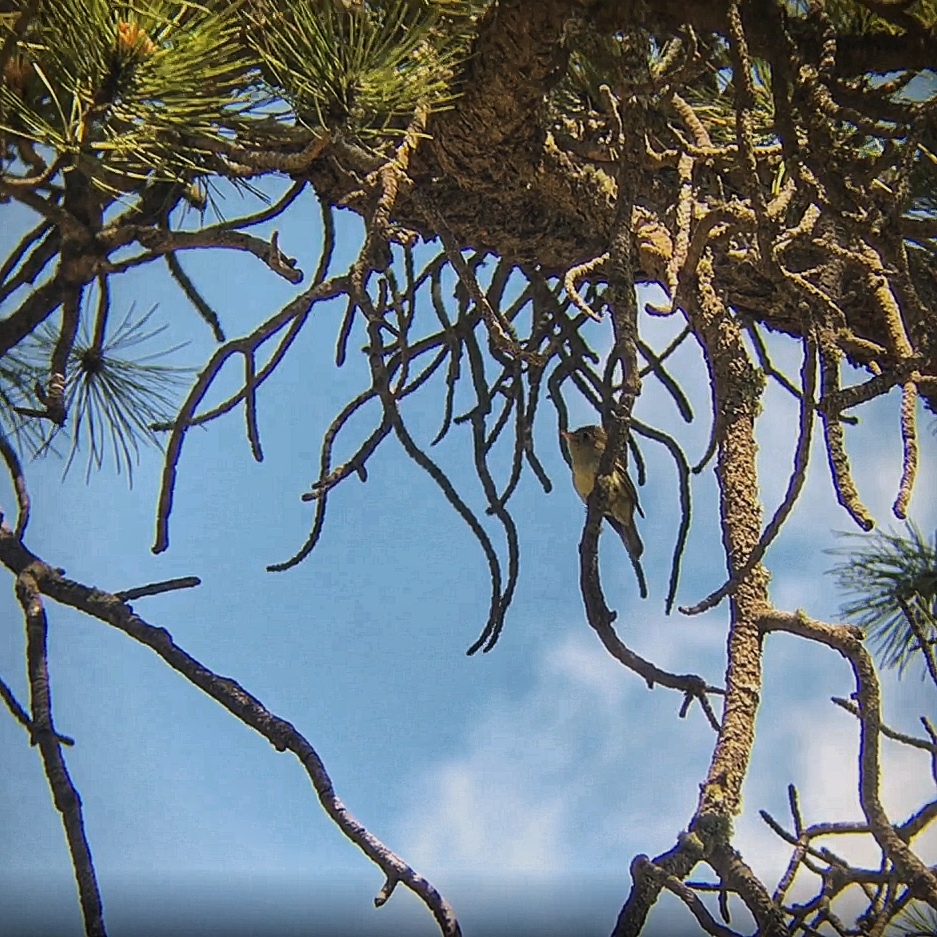 I also got good looks. The marks that can be seen in the photos are:

At the end of the second video, it took off with another bird the same size, so there may have been two. I was within hearing of its calls for about 20 minutes and had it in view about half that time. While I was looking, a steady parade of hikers walked right past me.