We’d only walked a little way up the trail to the top of Rubble Hill when I spotted two large pigeons chasing each other through the woods. They landed long enough for me to get a photo of one of them. They were nearly as large as a crow—half again as large as a Rock Dove—and very plump. They had white patches on the sides of their necks and obvious white patches on their wings that flashed when they flew. Their heads were slate blue and their chests a pinkish-violet. 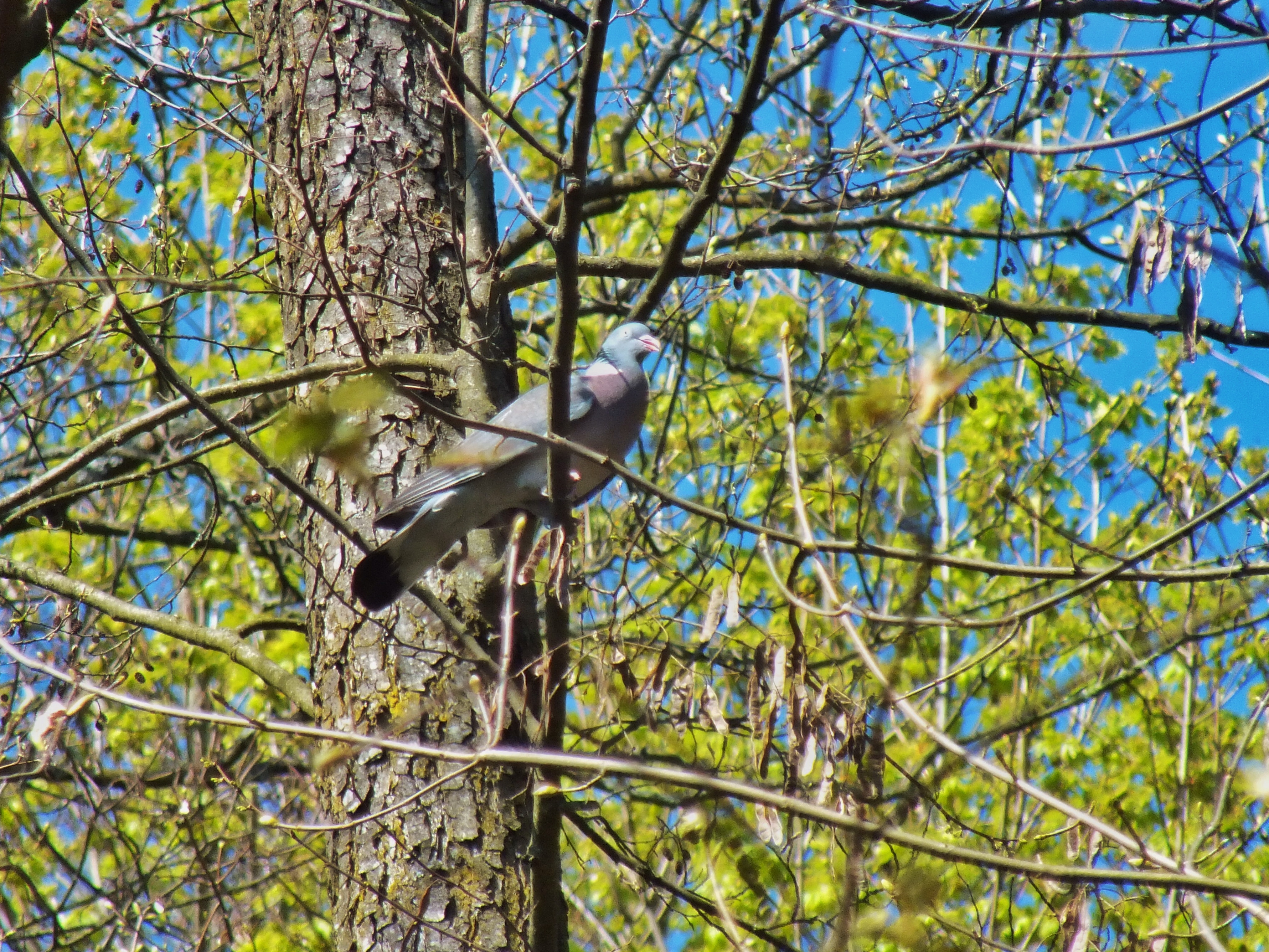 I saw them frequently and heard their dove-like cooing often. They were hanging around on rooftops in downtown Strasbourg, France, foraging along the Aare River in Thun, Switzerland, and very frequently in view in the woods near Panzer Kaserne in Boblingen Germany. 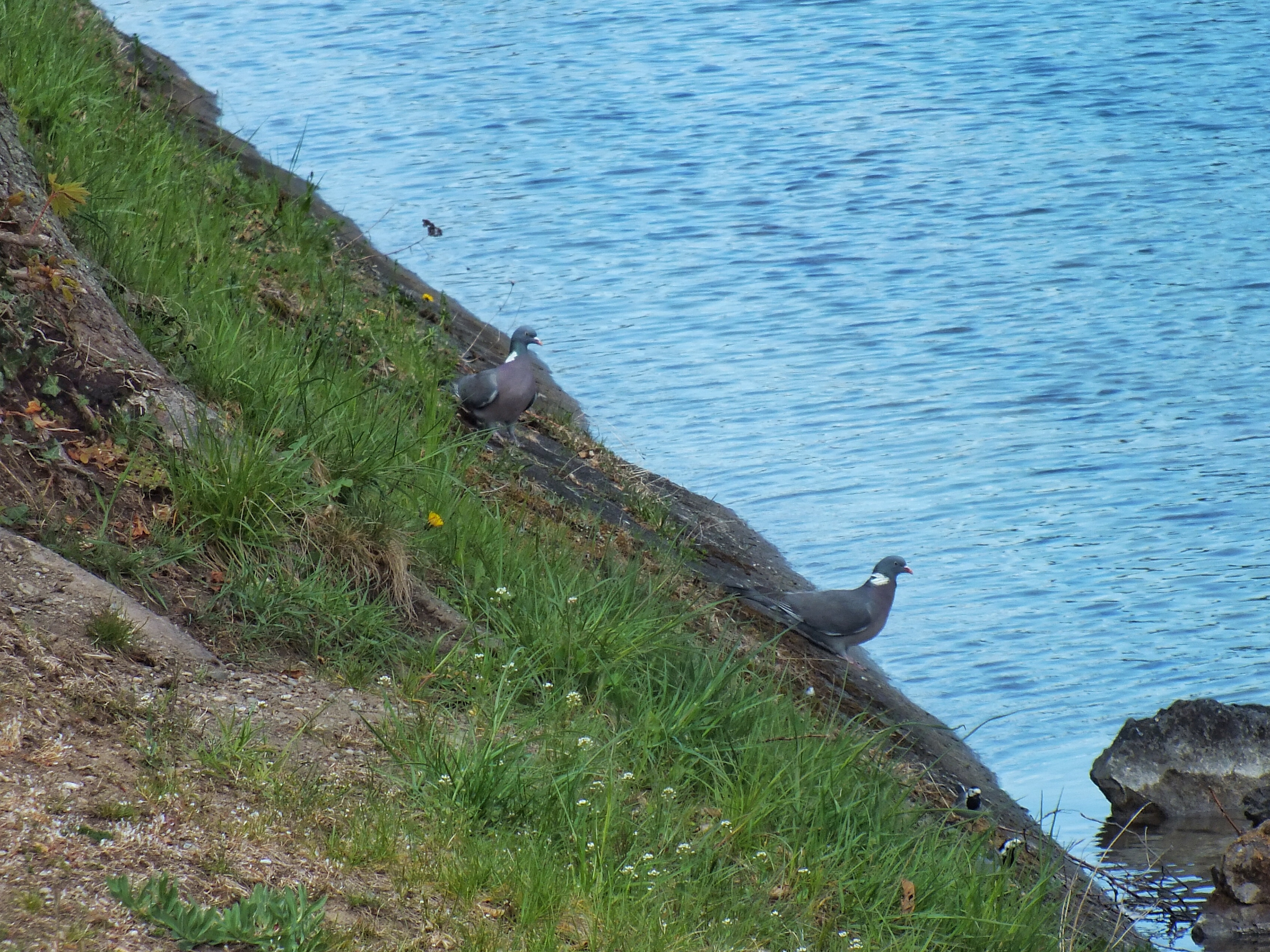 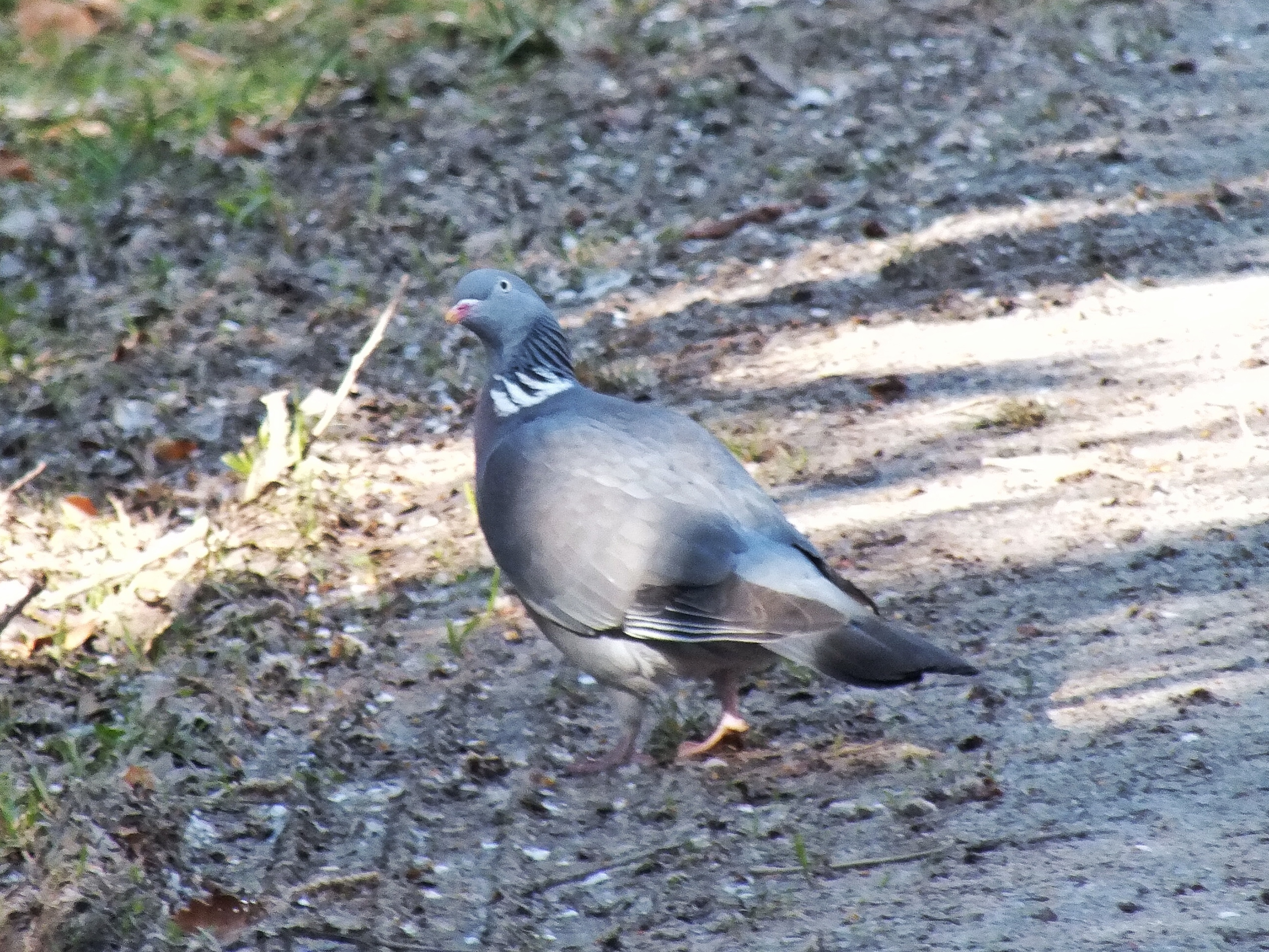 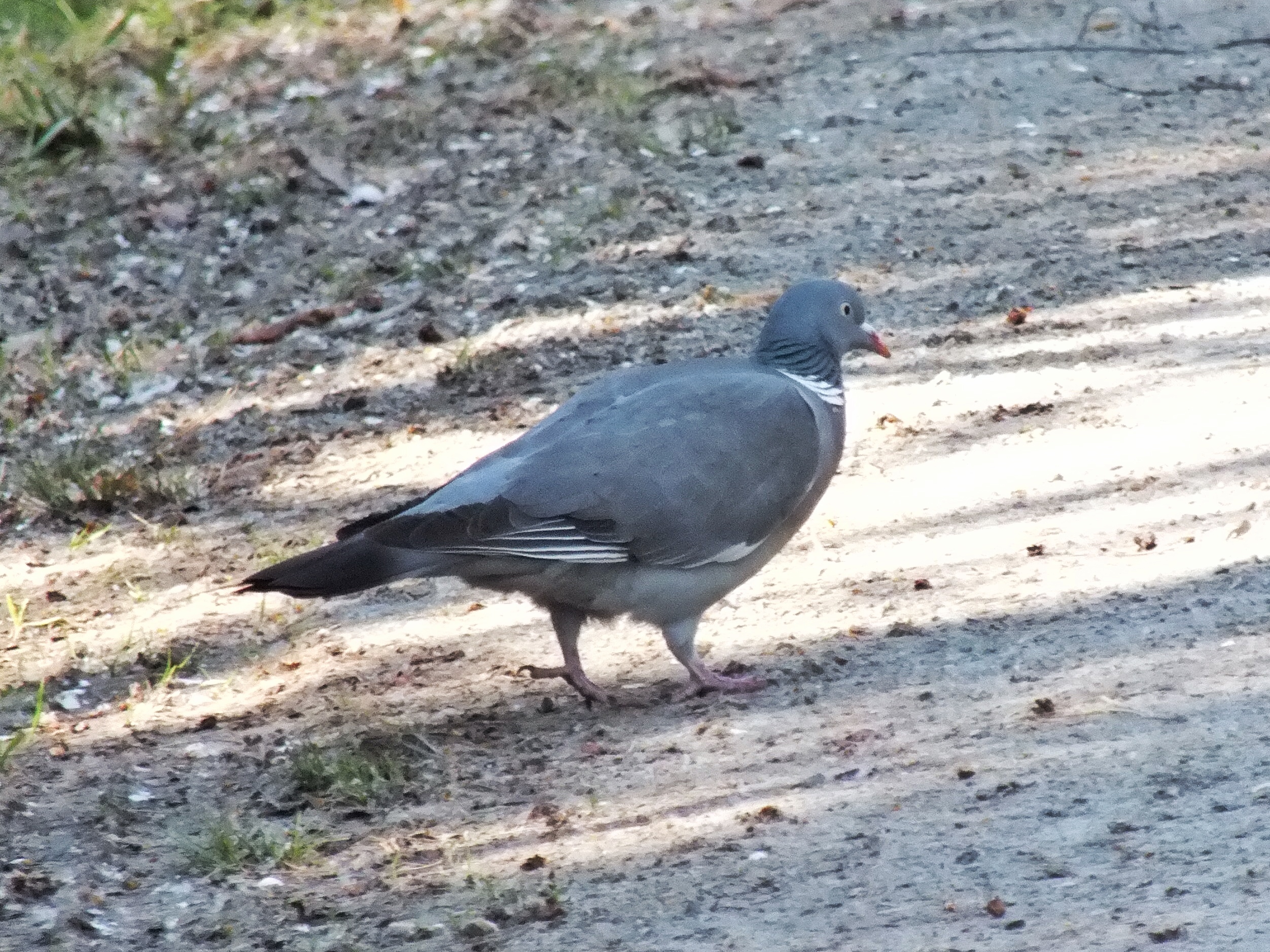