At Rubble Hill, a path spirals up the hill through the woods to the highest spot in Stuttgart. We had just parked and crossed the road to the trail when I spotted a Common Buzzard circling low overhead. It was obviously a buteo. Through my binoculars, I could see its streaked breast and the dark terminal band on its tail. I could also pick out the pale mid-wing bands that stood out in the darker section of its wings. It was moving too fast for me to get a photo.

A few hours later, at the Ritter Chocolate Museum in Waldenbuch, I spotted another one chasing and being chased by an Eurasian Kestrel. The two birds seemed to be almost playing as first one, and then the other, was the chaser.

Later in the week, I repeatedly spotted two that hung around the woods near Panzer Kaserne. The trees were thick, so it was hard to photograph the birds. Either they were too low for me to have time to focus, or too high for my camera to pick them out. One morning, I saw one glide down through the trees and land on the ground alongside the path. I got off a few photos as it took off again. 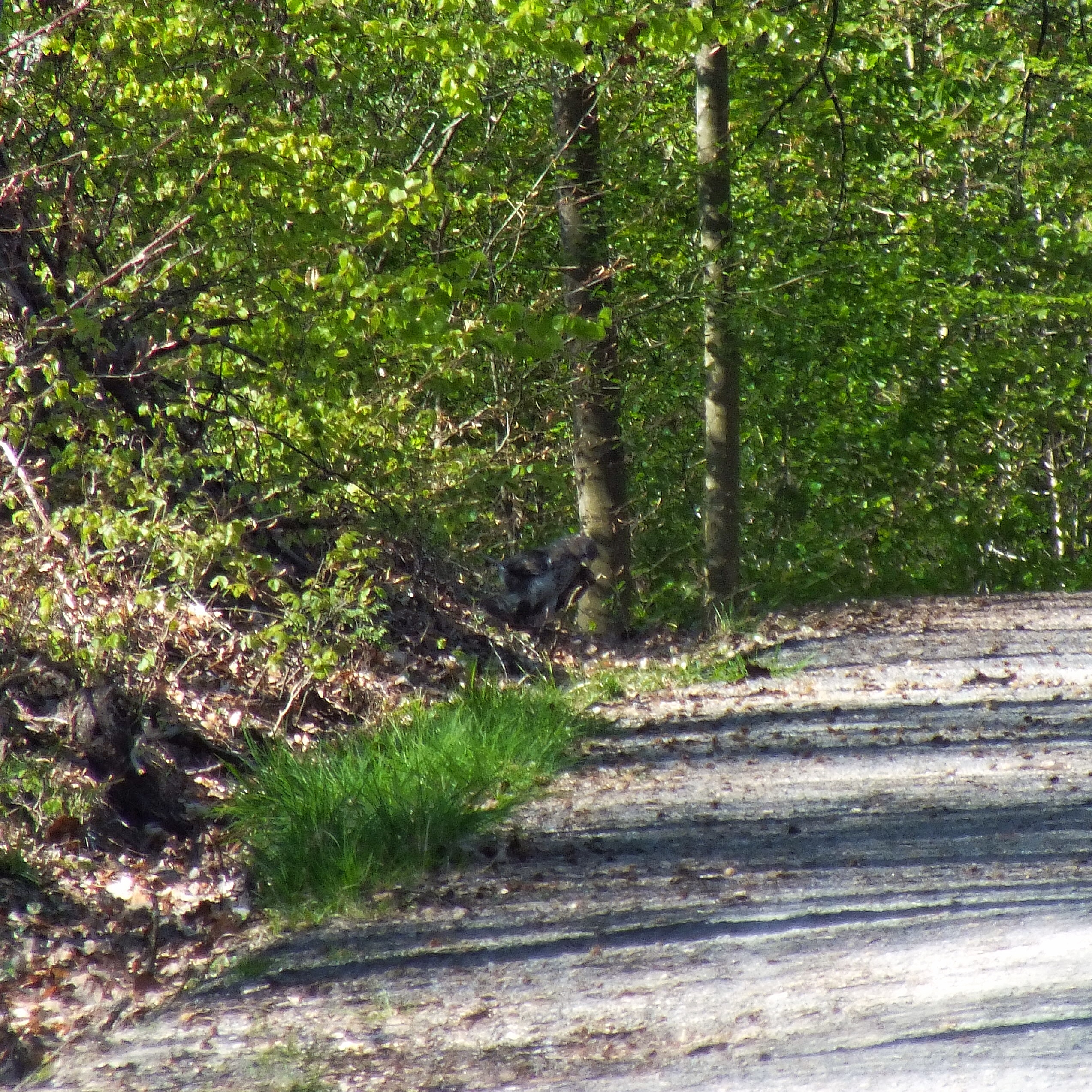 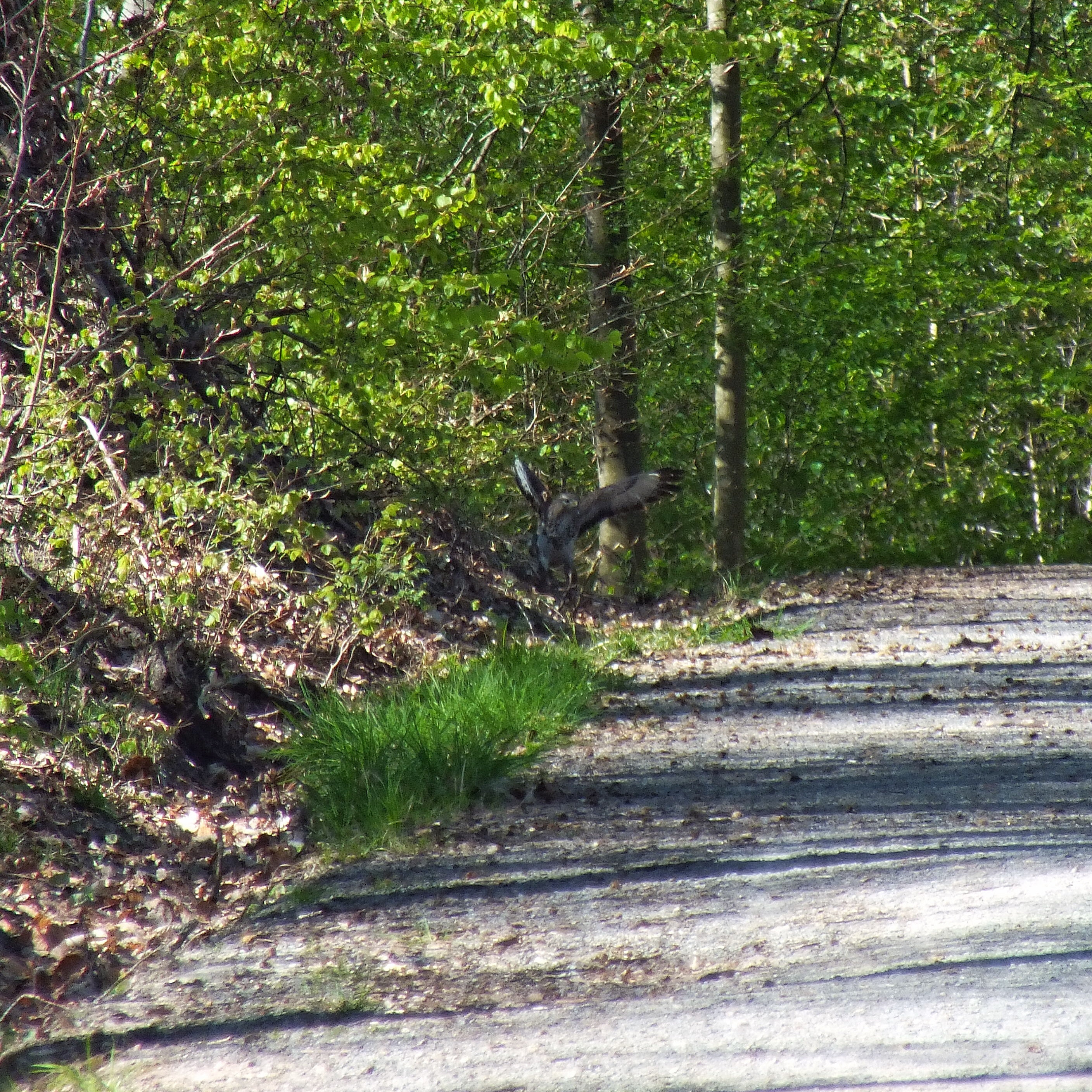 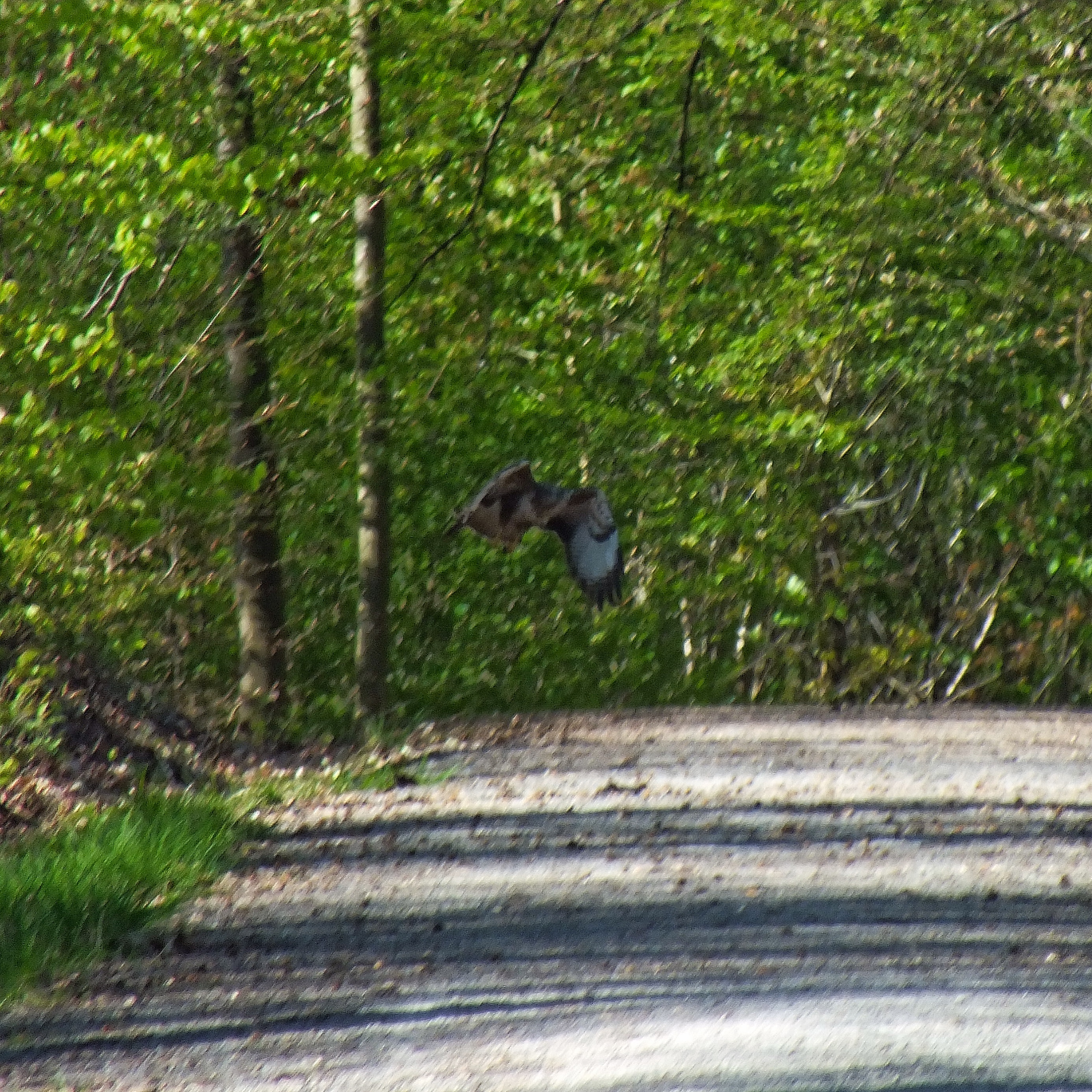