Our daughter and son-in-law were amazing tour guides. Our plane landed at 9:10. We connected with them about half an hour later. We made a quick stop at their apartment to drop off luggage, and by 11:15, we were out seeing stuff.

Our first stop, after a 13-minute drive, was Birkenkopf (literally Birch Head), the tallest hill in Stuttgart, Germany. That makes the top almost 1,000 feet above the main city. And that’s 130 feet taller than the hill used to be. During World War II, 45% of Stuttgart was destroyed during 53 allied bombing attacks. In the mid-1950’s, the rubble from the  destroyed buildings was gathered and dumped on the top of Birkenkopf. Huge piles of building stones cover the summit—many of which are recognizable to anyone familiar with prewar architecture. 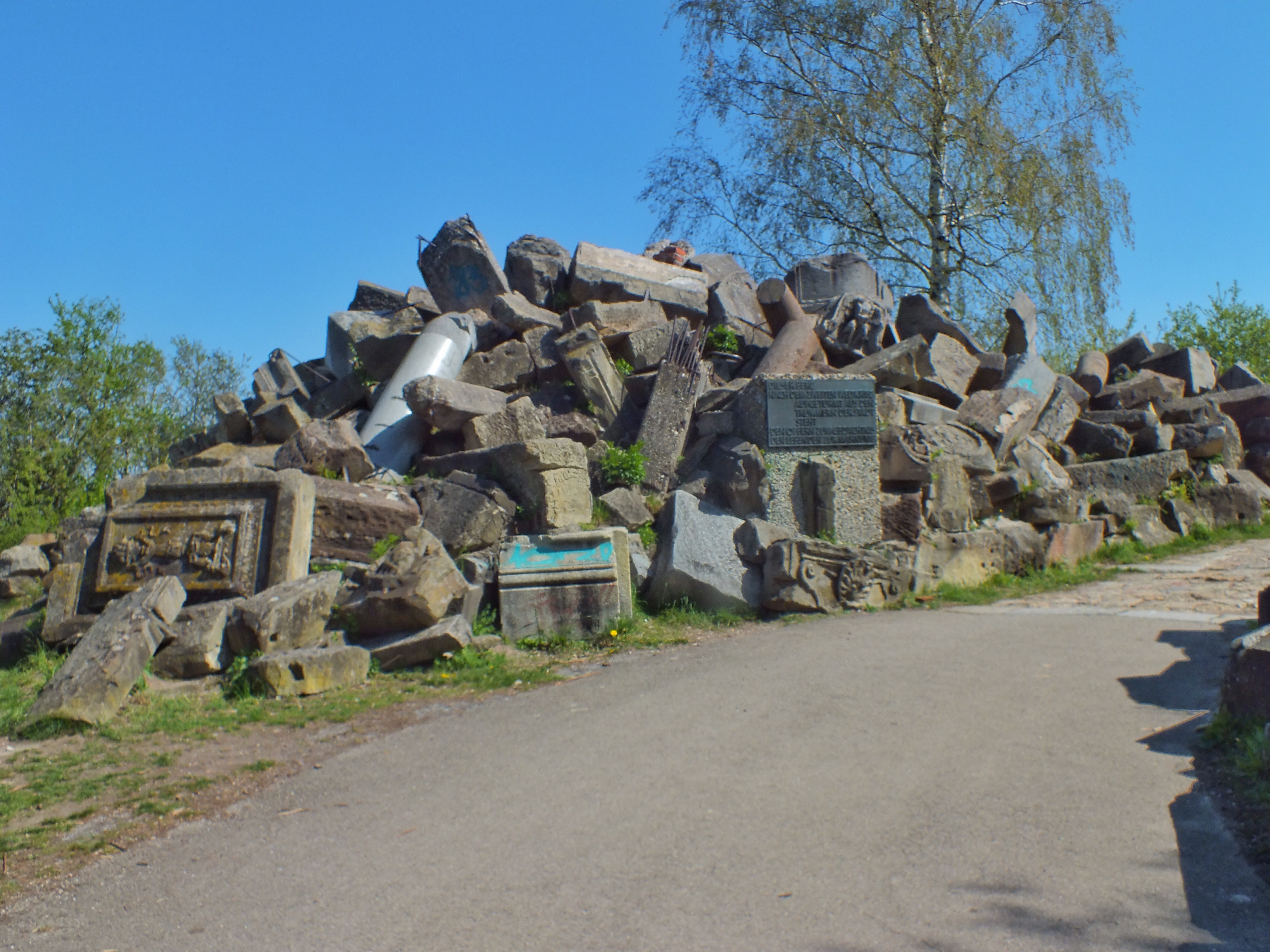 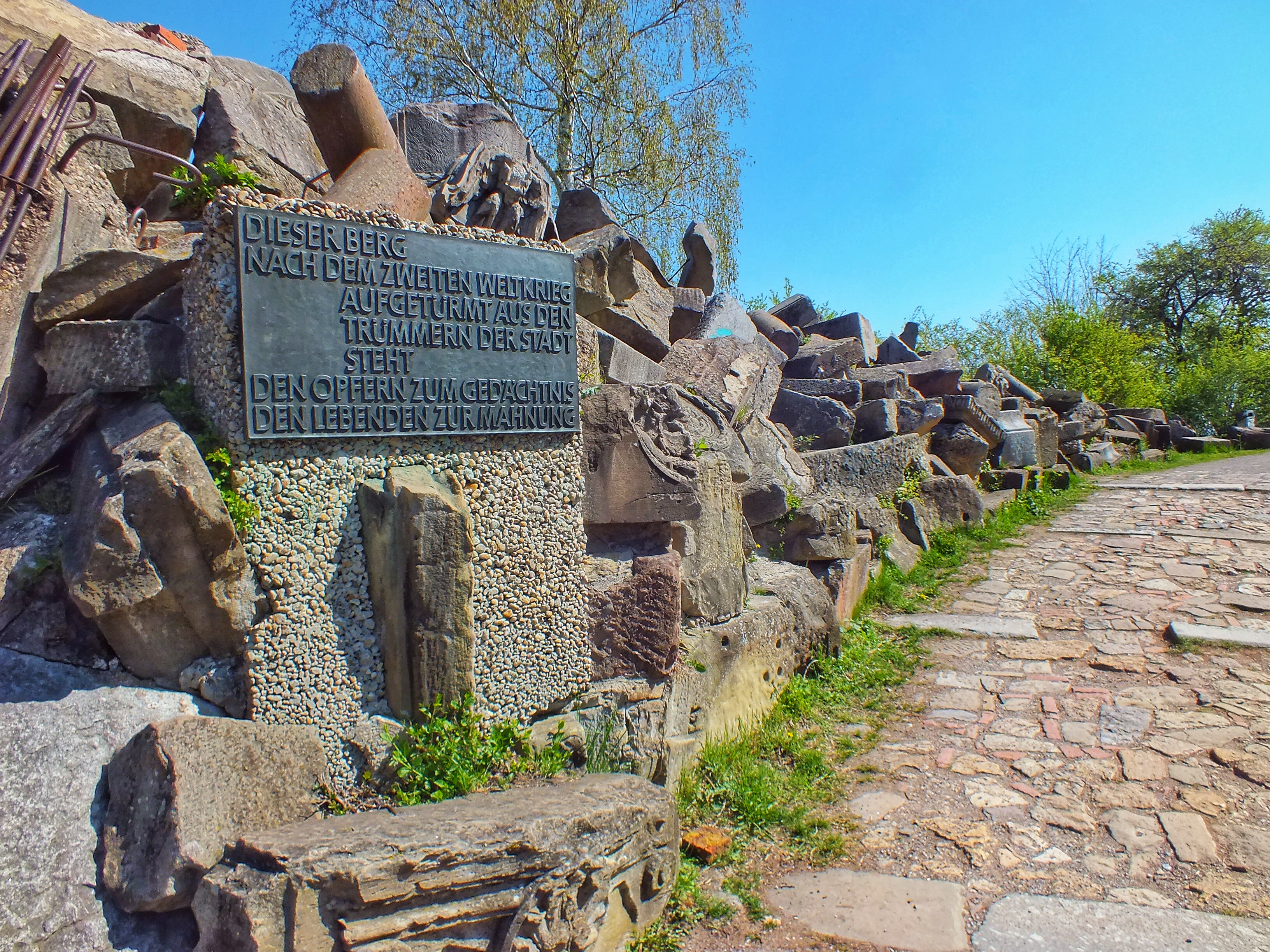 The plaque says basically, “This mountain after World War II, piled up from the ruins of the city, stands as a memorial to the victims and a reminder to the living.”

A bike path spirals up the hill through woods. I managed to see my first five European birds by the time we’d reached the summit. 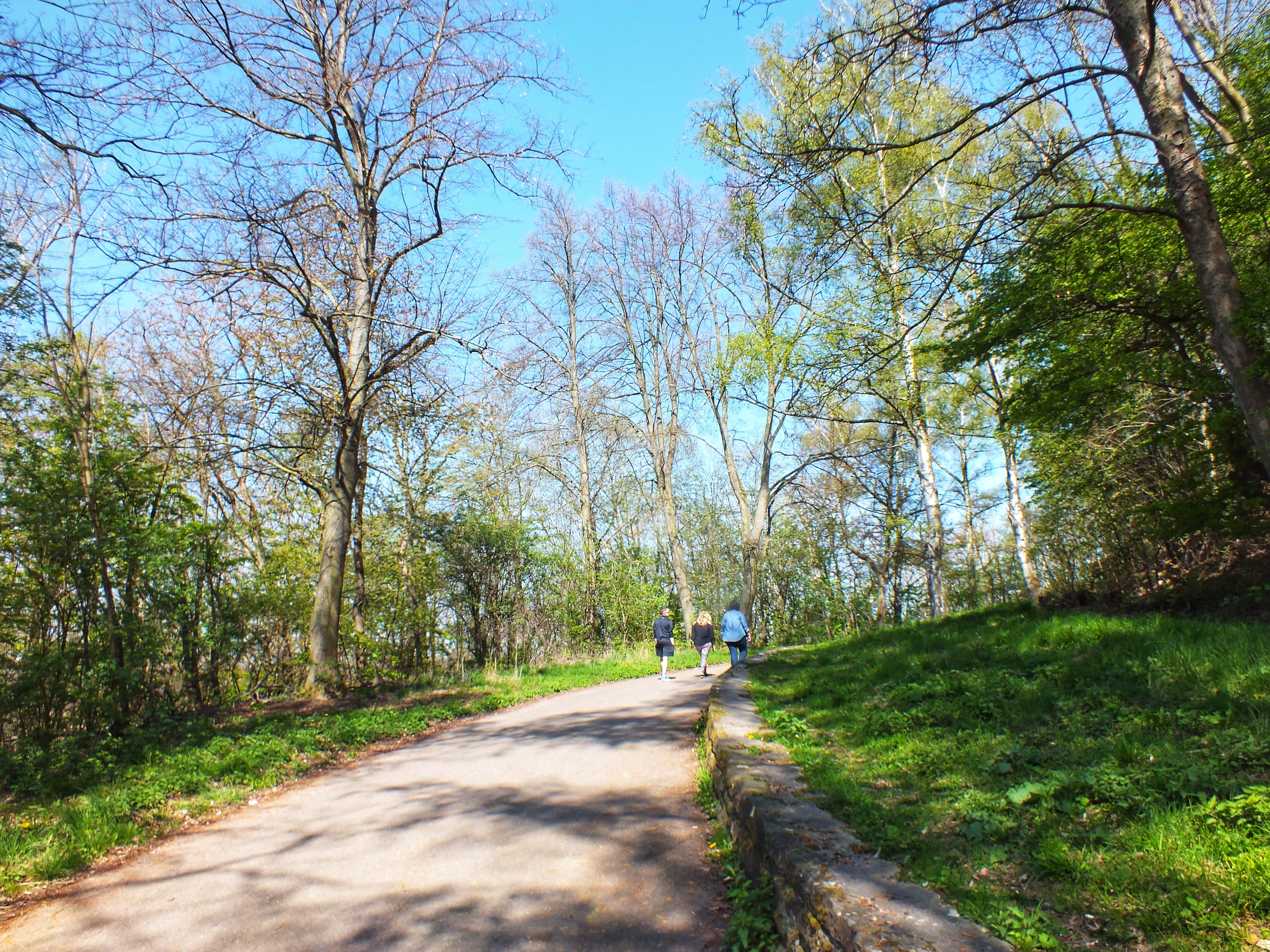 There’s an impressive view of the city from the top. Stuttgart is the sixth largest city in Germany, with a population around 624,000. 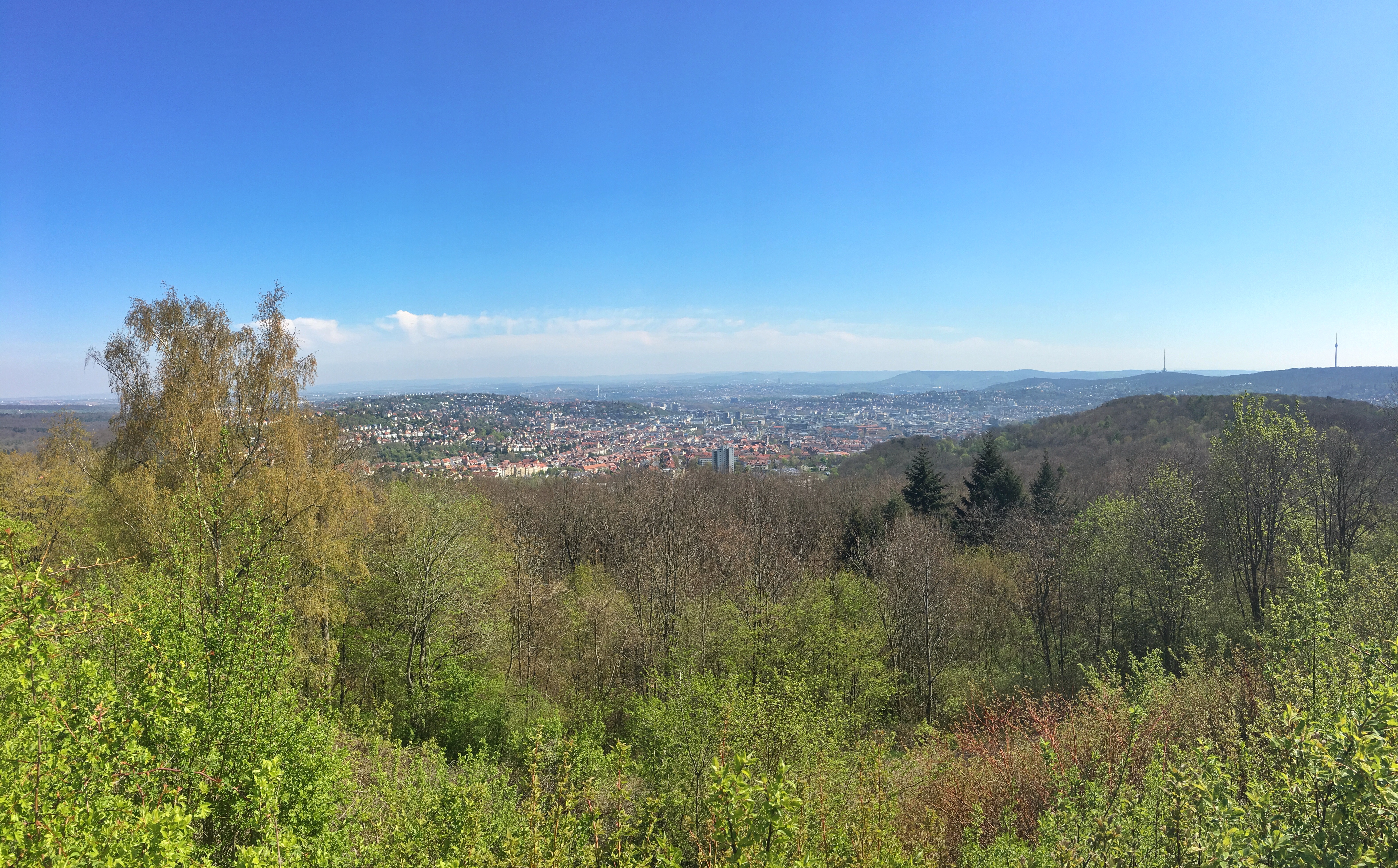 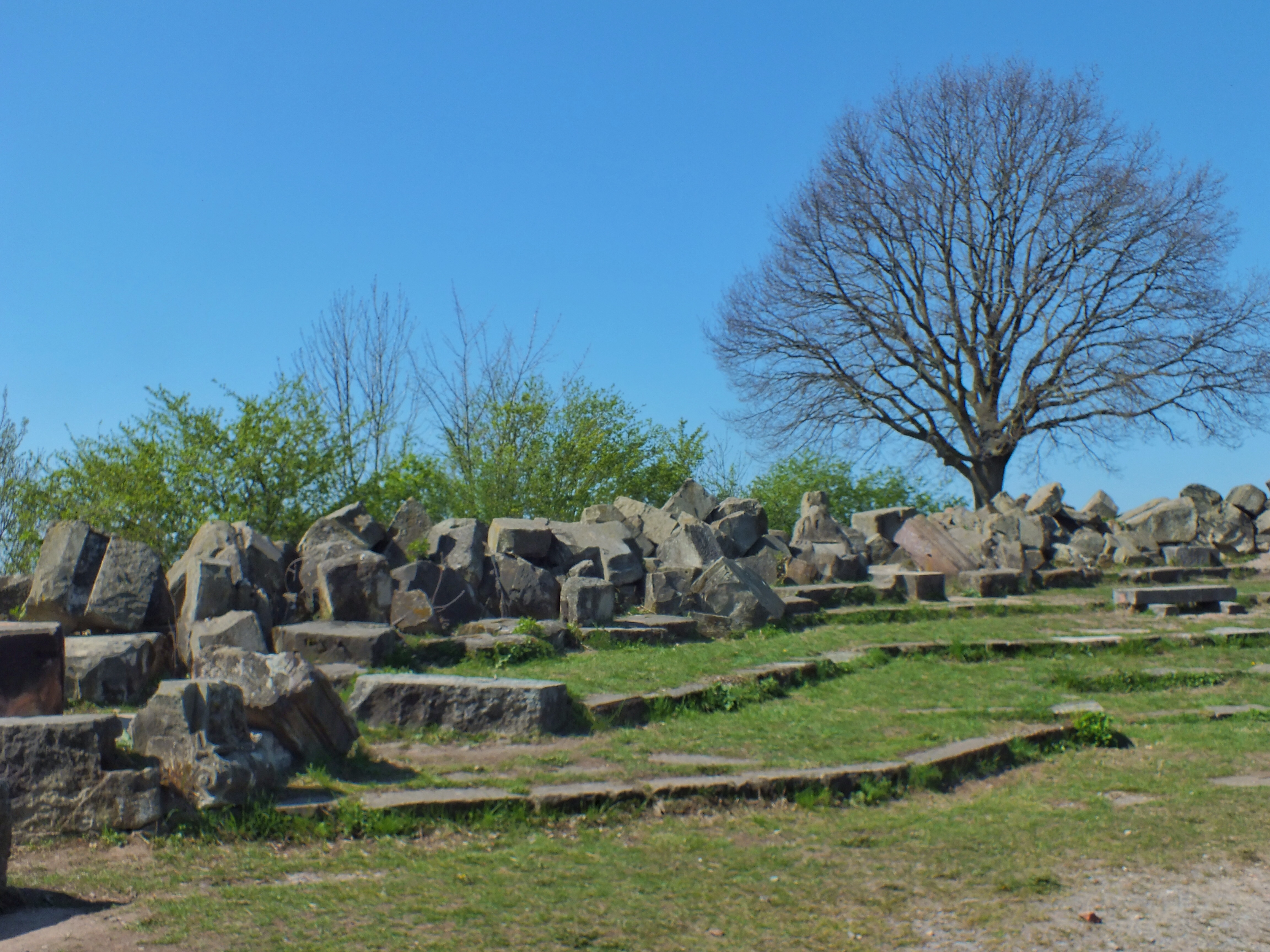 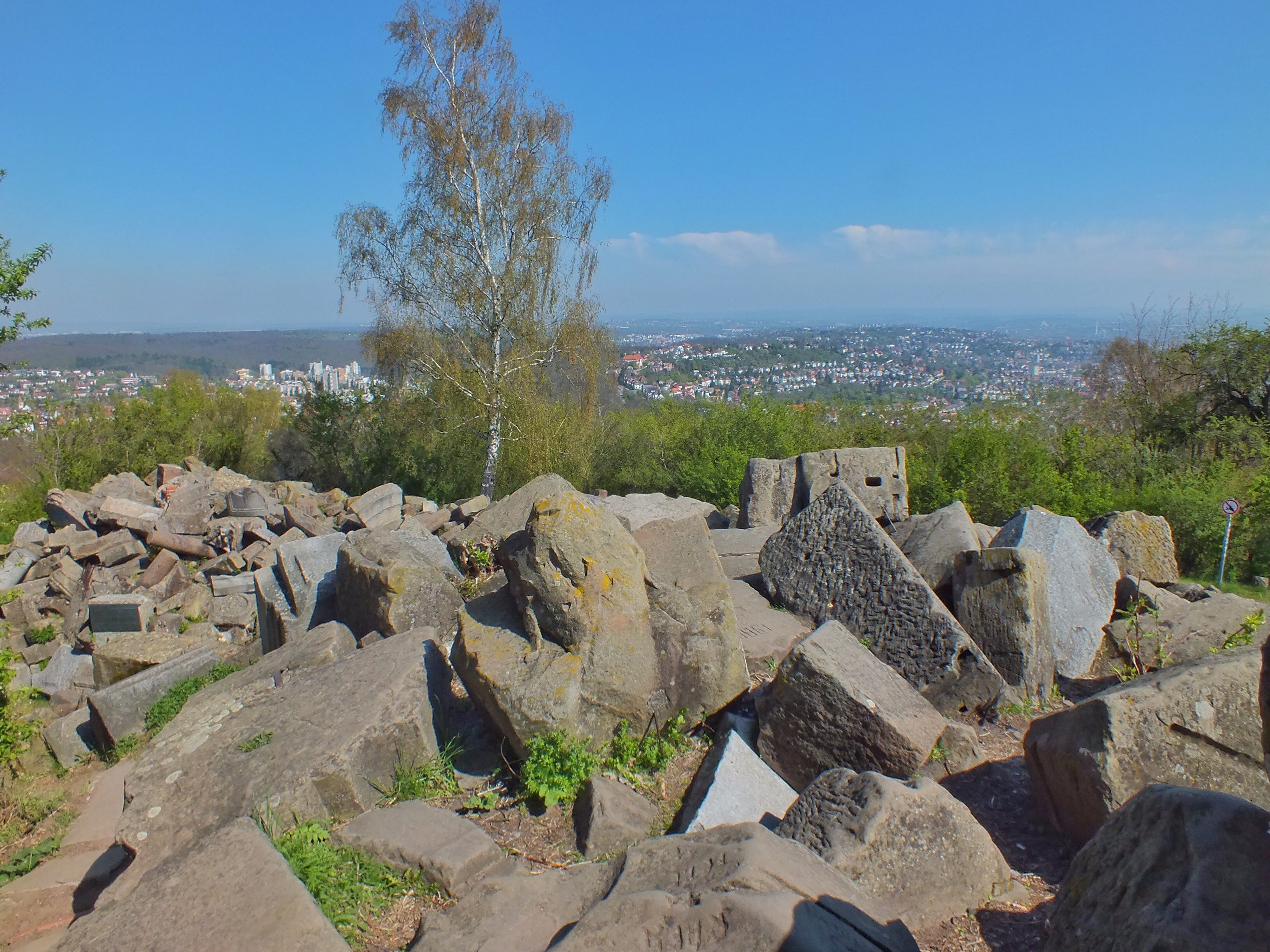 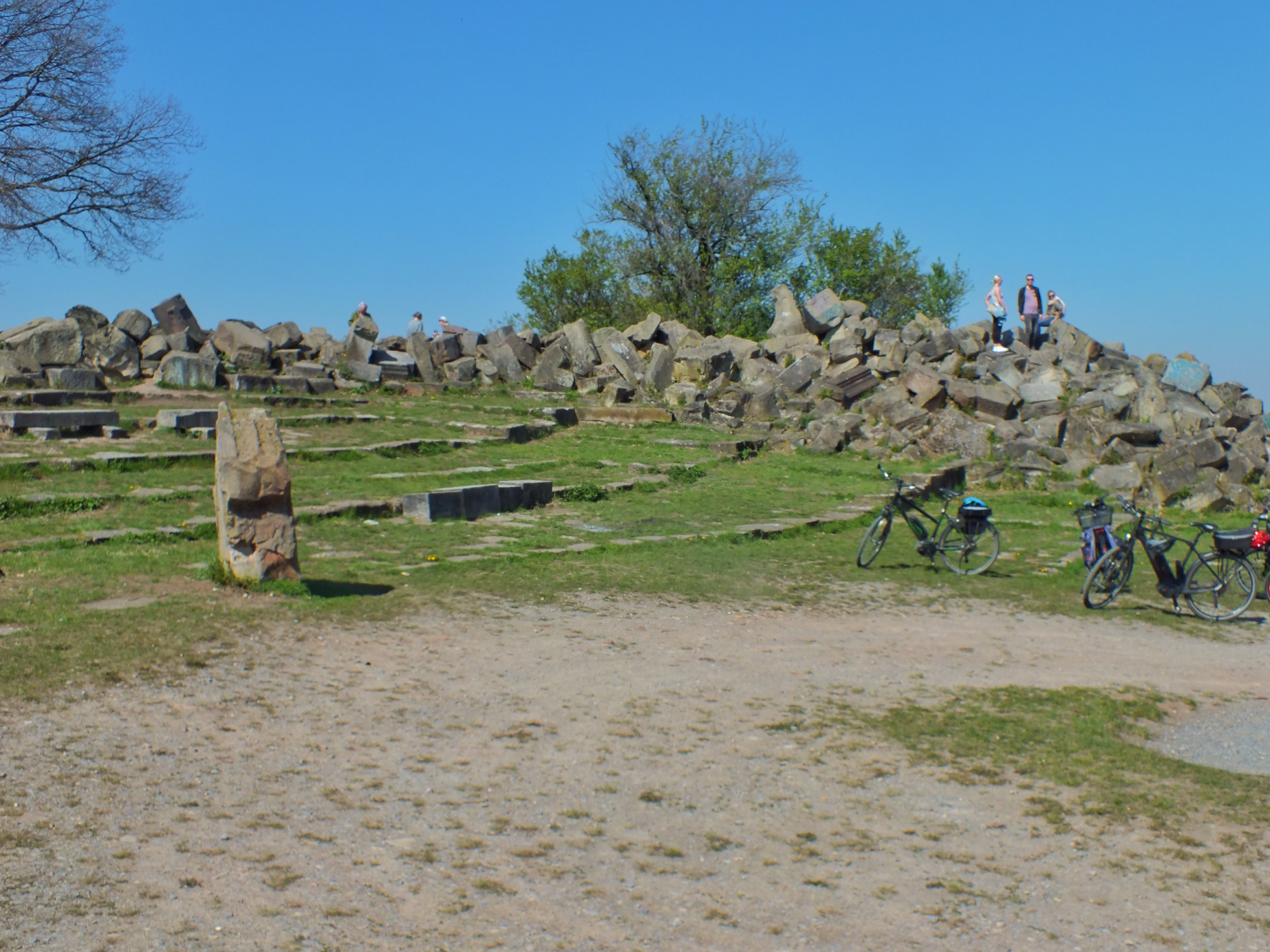 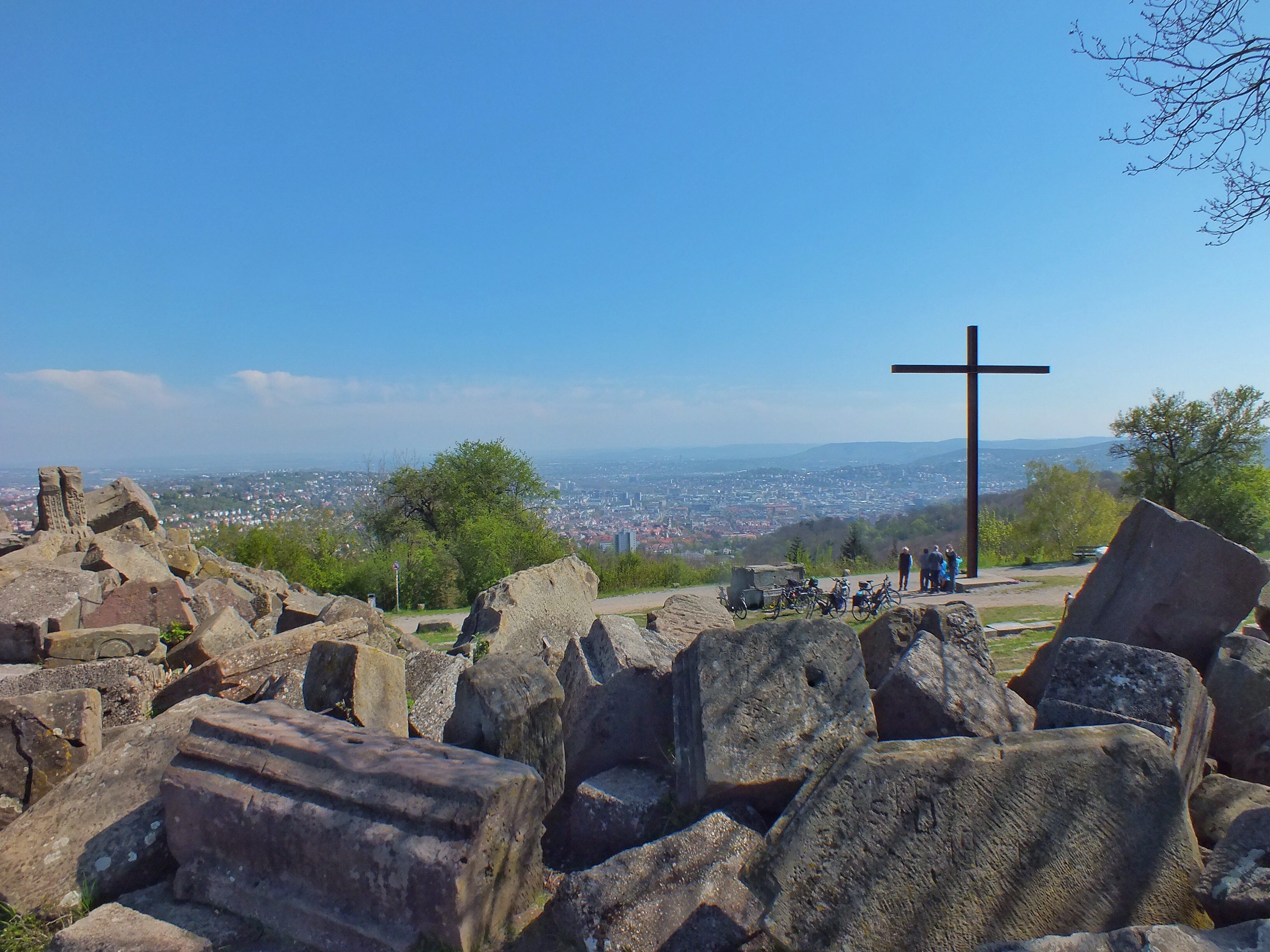 The iron cross was put up in 2003 to replace the original wooden one that was in poor shape.

We stayed about 45 minutes and then were off to further adventures.

This entry was posted in Battlefields, Cities. Bookmark the permalink.