I located this bird by its jumbled song as it foraged in the trees near the top of Rubble Hill. It’s an Old World warbler, gray overall, but lighter on the face and chest. It has a black cap on top of its head. It’s a bit hard to see the cap in these photos taken in the harsh mid-day sun. 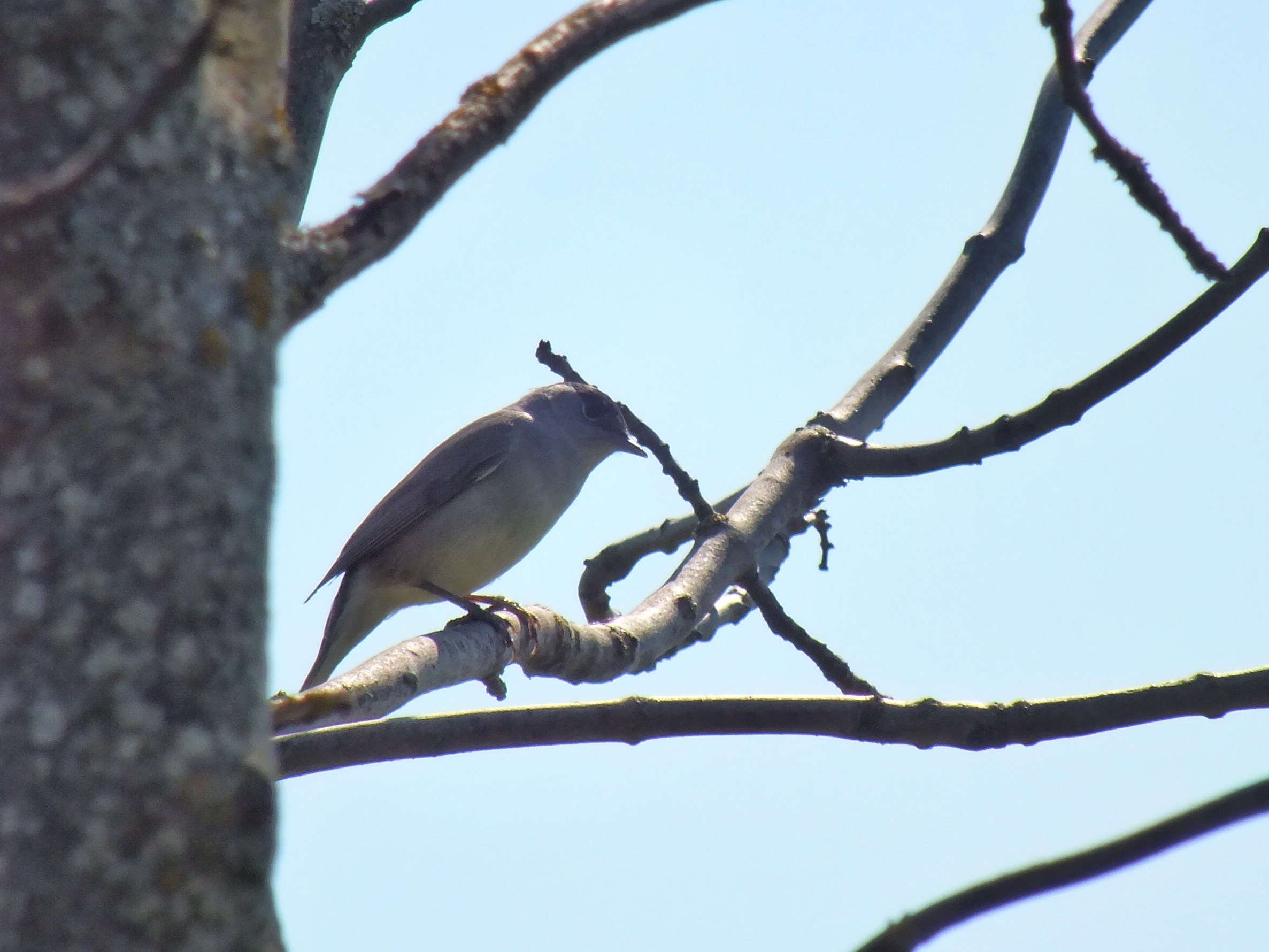 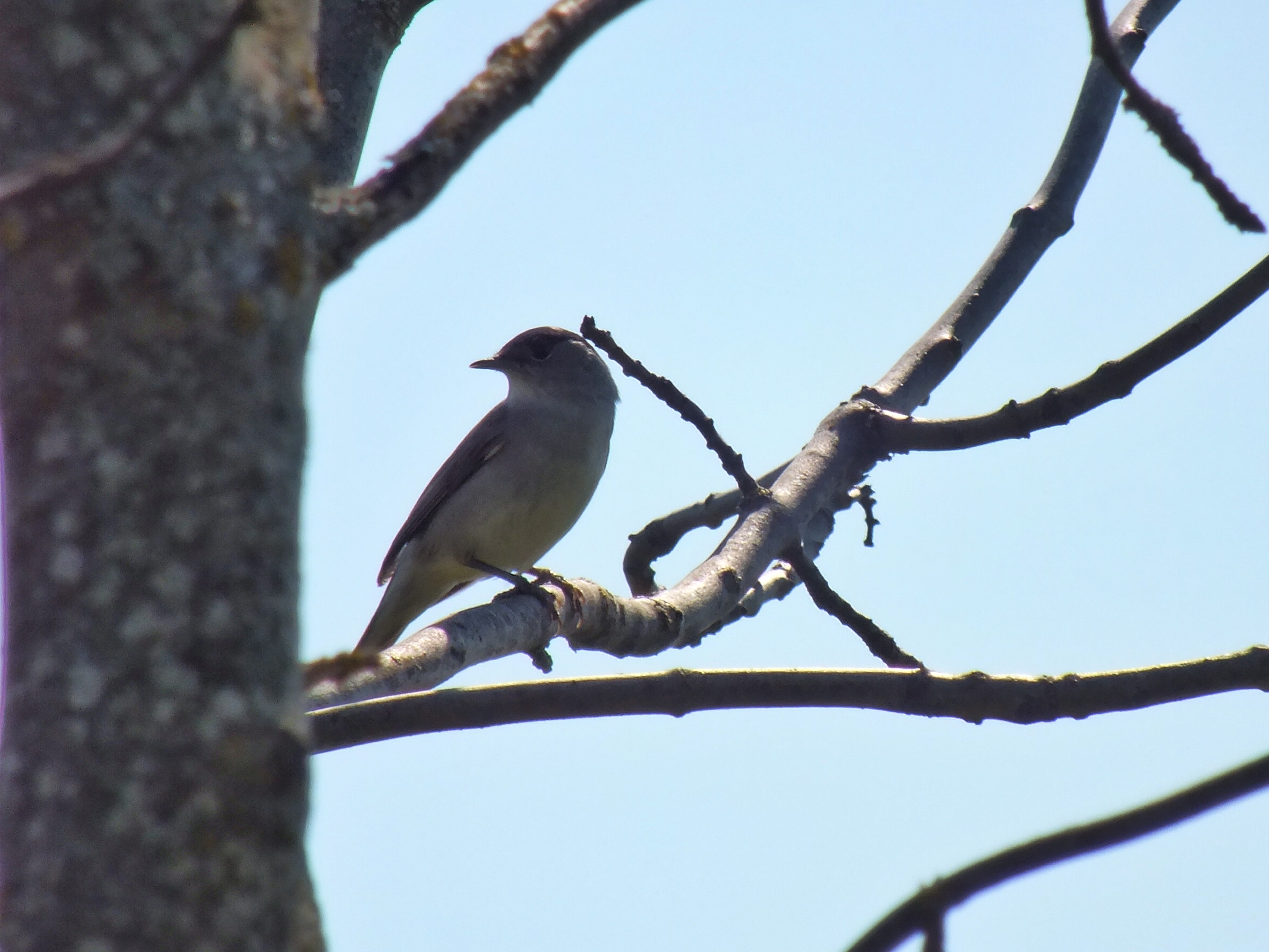 Later the same day, I saw a pair in the Old Cemetery in Boblingen. The female was similar, but its cap was rust red. I also found pairs in the woods near Panzer Kaserne.