A small stream ran along the parking lot, lined with bushes. I had reunited with my family, and we were walking toward the car when I spotted a Fieldfare on the ground in the shade under the bushes. Its shape and actions screamed thrush. Its back was warm brown, its head gray, and it’s chest and the sides of its belly speckled. 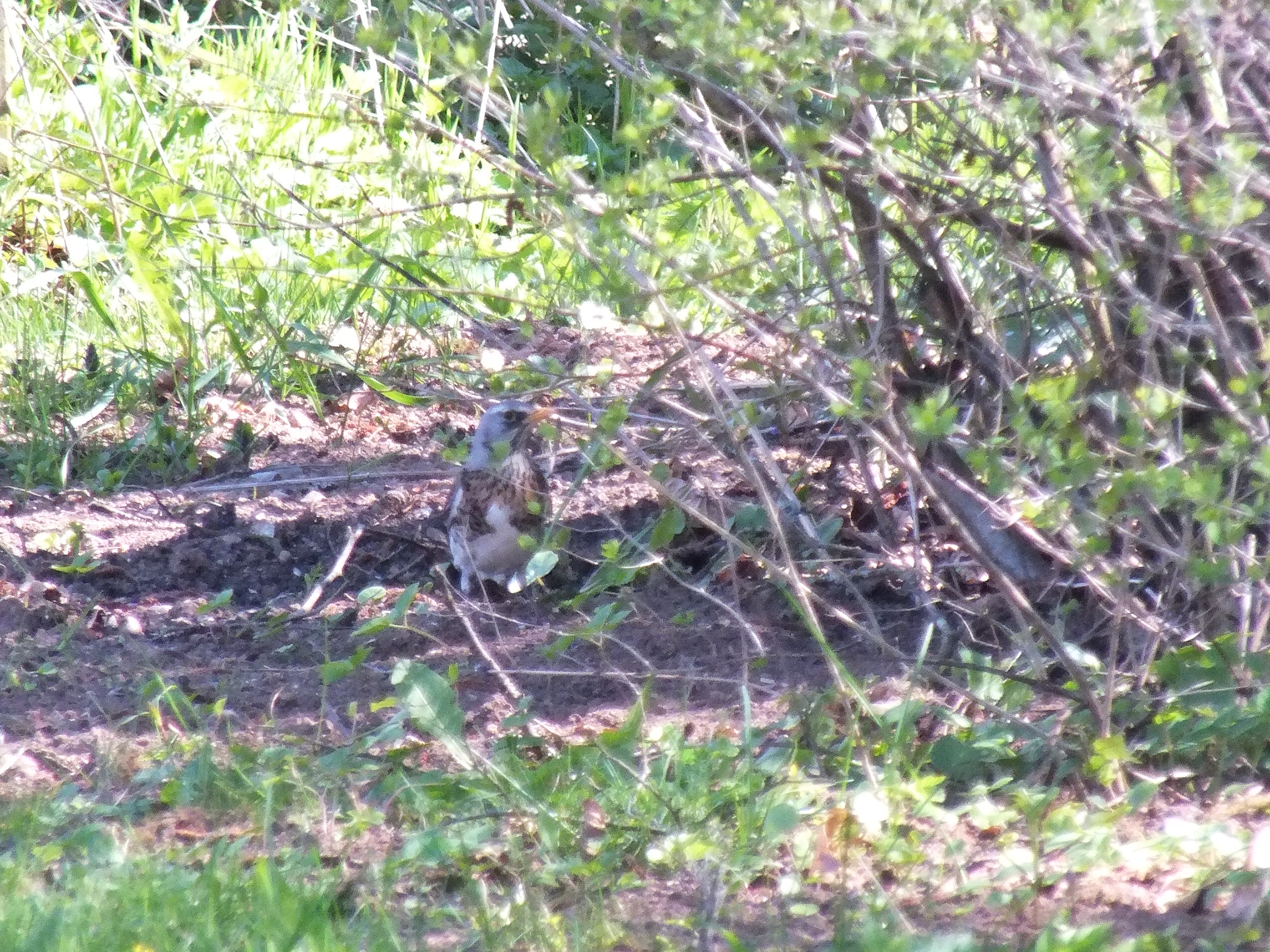 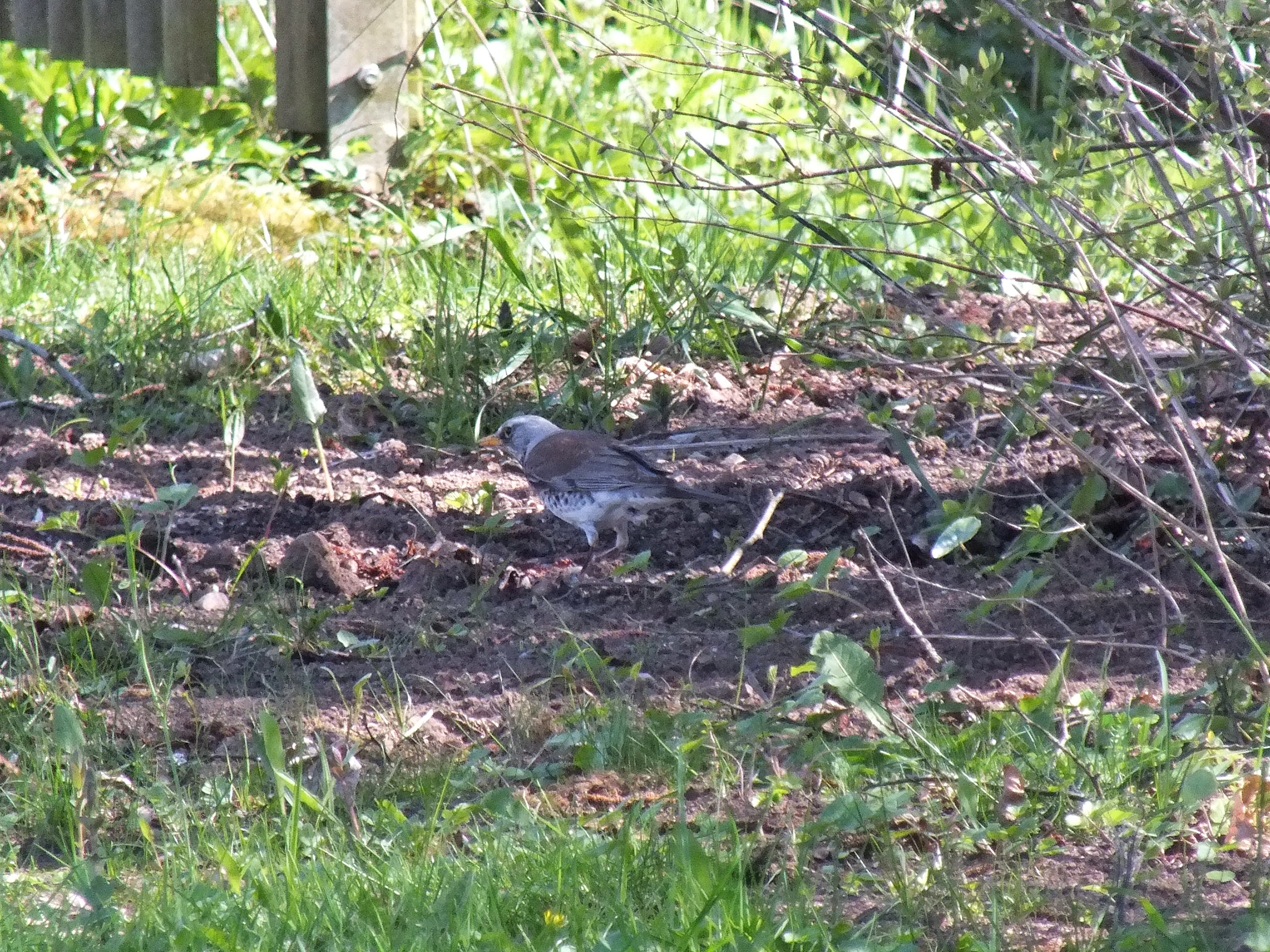 At least two hung out around the Panzer Kaserne post. I’d hear them making their odd clacking sound as they flew. It sounded a little like a kid dragging a stick along a picket fence. One landed on the wire fence along the post right in from of me. It would have been a great photo, but there were signs every 30 yards or so informing me that taking photos was illegal and could get me in considerable trouble.