picus (king of Latium, who married the beautiful nymph and songstress Canens and was changed into a woodpecker by the spiteful Circe, whose affections he had spurned) viridis (green)

I located this striking bird by its woodpecker-like calls. It was on a branch in a large tree, hidden in the shadows. It’s well named, with a green back and light underparts with a green tinge. Its rump was yellow. It had a red cap and a black and dark red face. 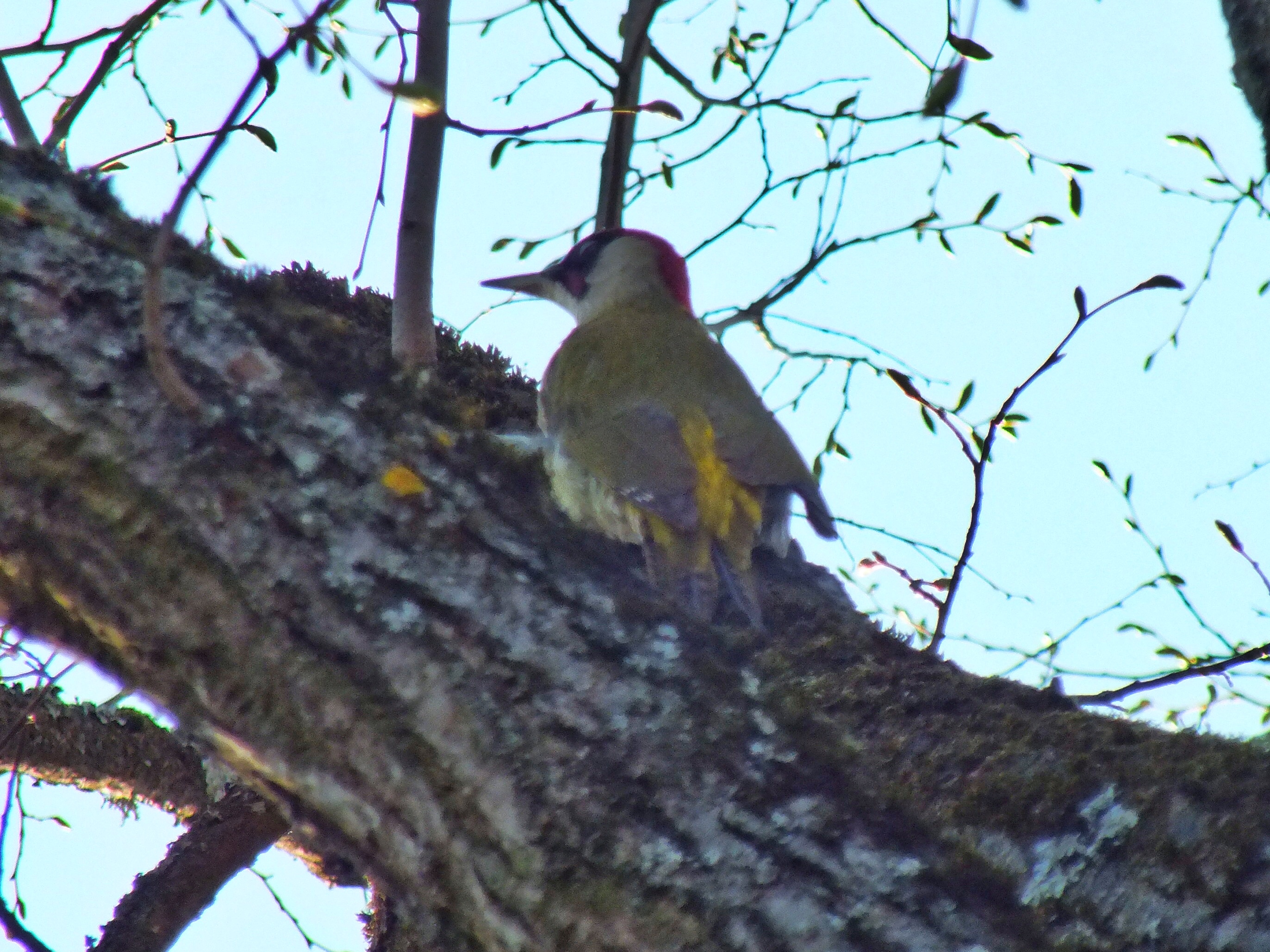 It flew off not long after I spotted it. I followed and soon found it on the ground among the graves. As I watched, it hopped out into the path, giving me a great look. 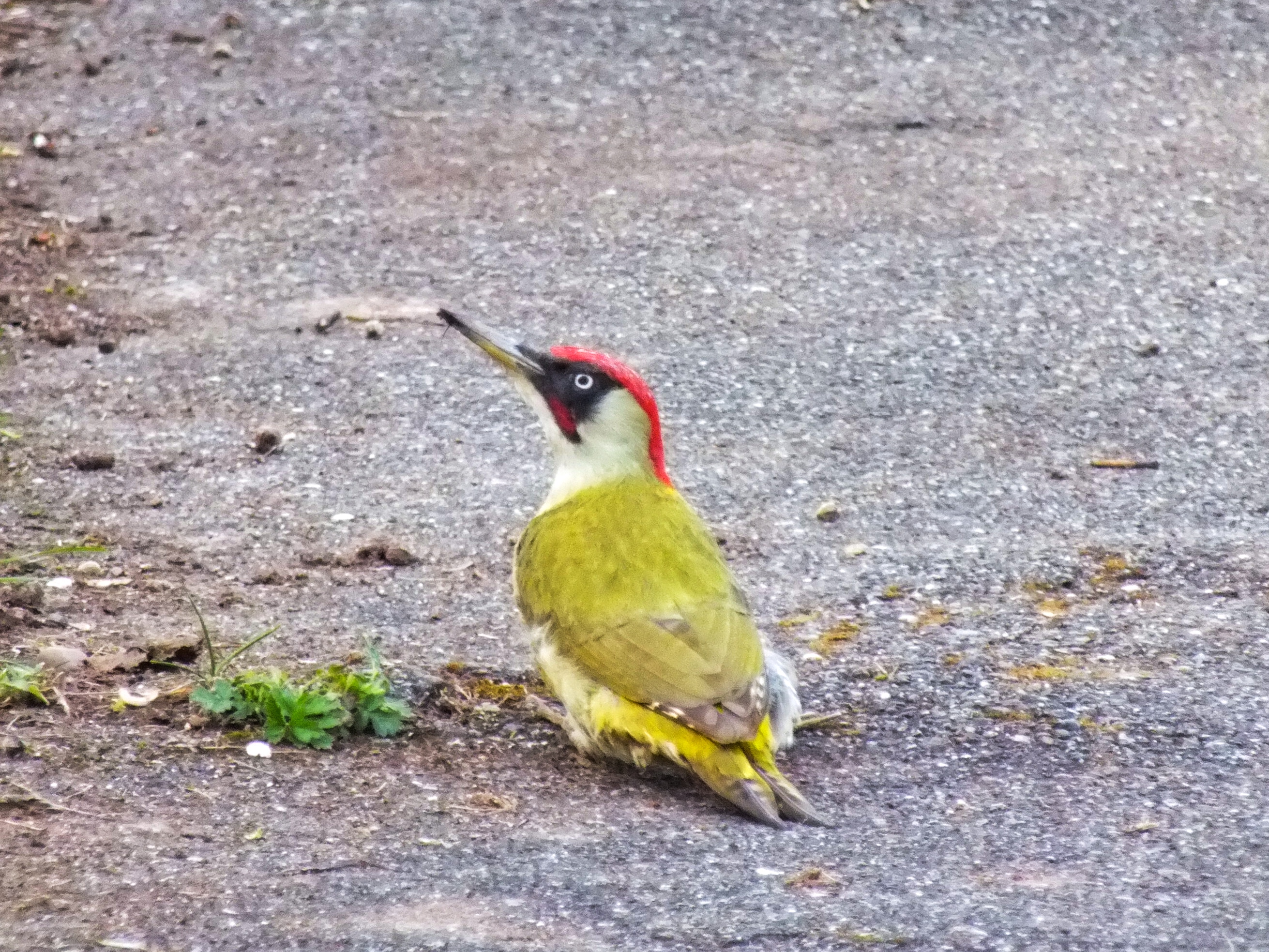 I didn’t spot another one, but at least I got good looks at the one I did see.