In 1959, a Colorado teen named Jim Bishop bought a couple acres of woods in the Wet Mountains in southern Colorado. In the early 60’s, after marrying his wife Phoebe, he began building rock cabin on his land. Passers-by thought it looked like a castle, which inspired Bishop to keep building. Fifty years later, it has come to this. 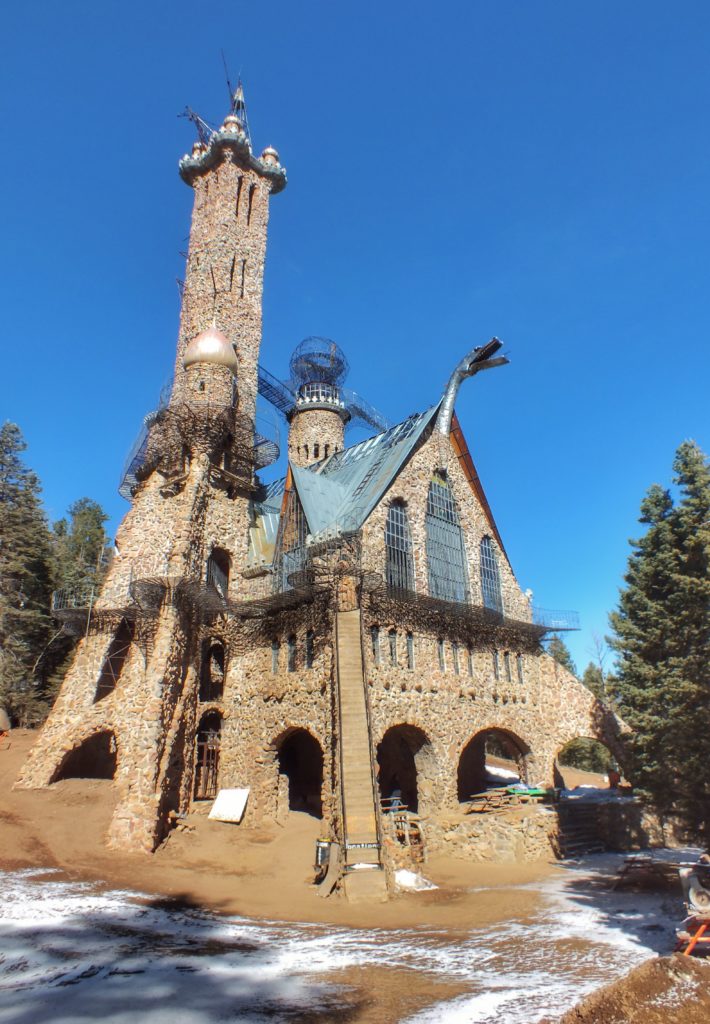 As of last summer, Bishop was still working on it. He’s been battling cancer in recent years but claims to have conquered it. He has plans to build a wall around the property, with additional castles at each of the four corners. 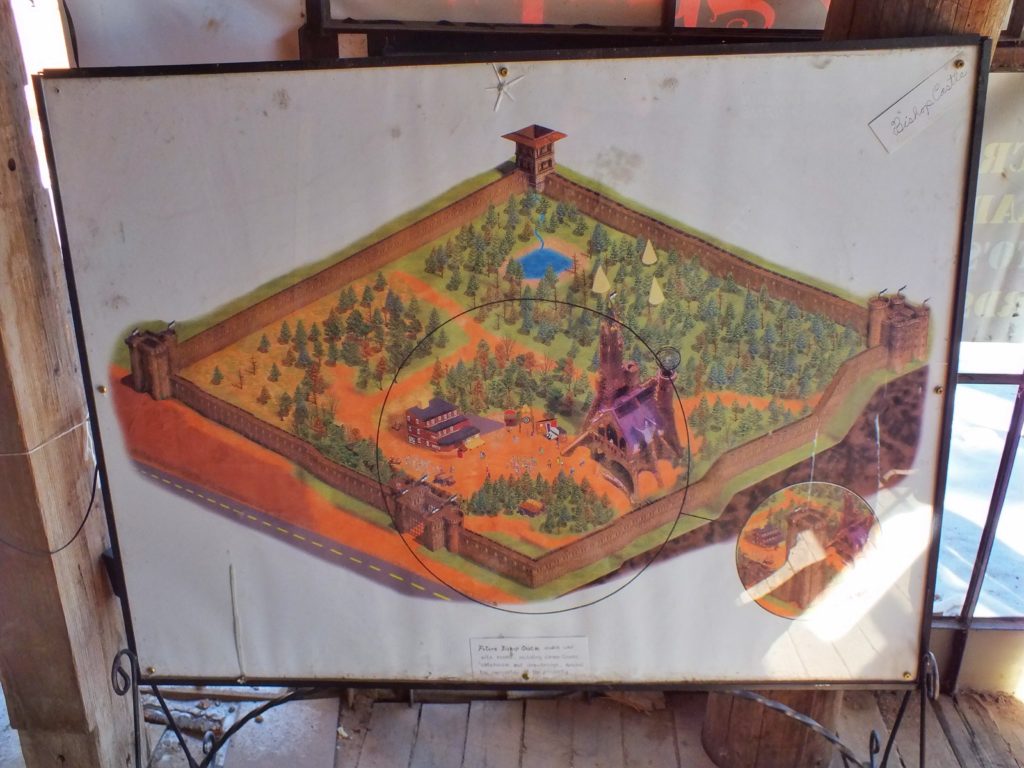 He’s started the wall nearest the road, and even it is impressive. 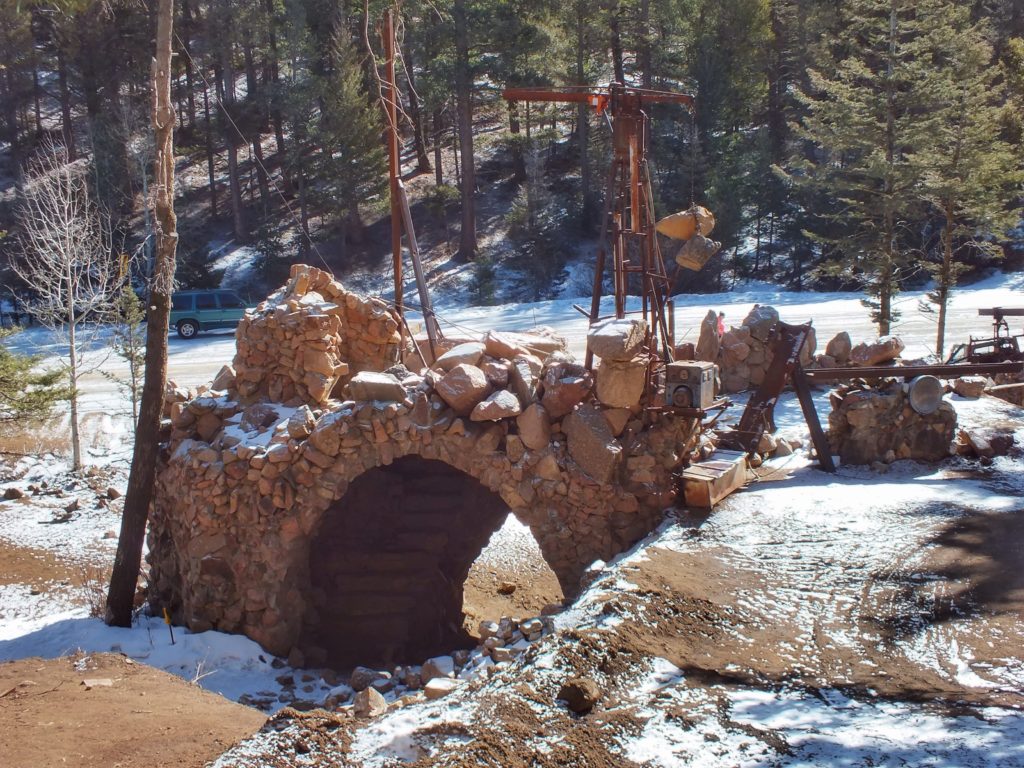 Here’s what it looks like inside that small structure. 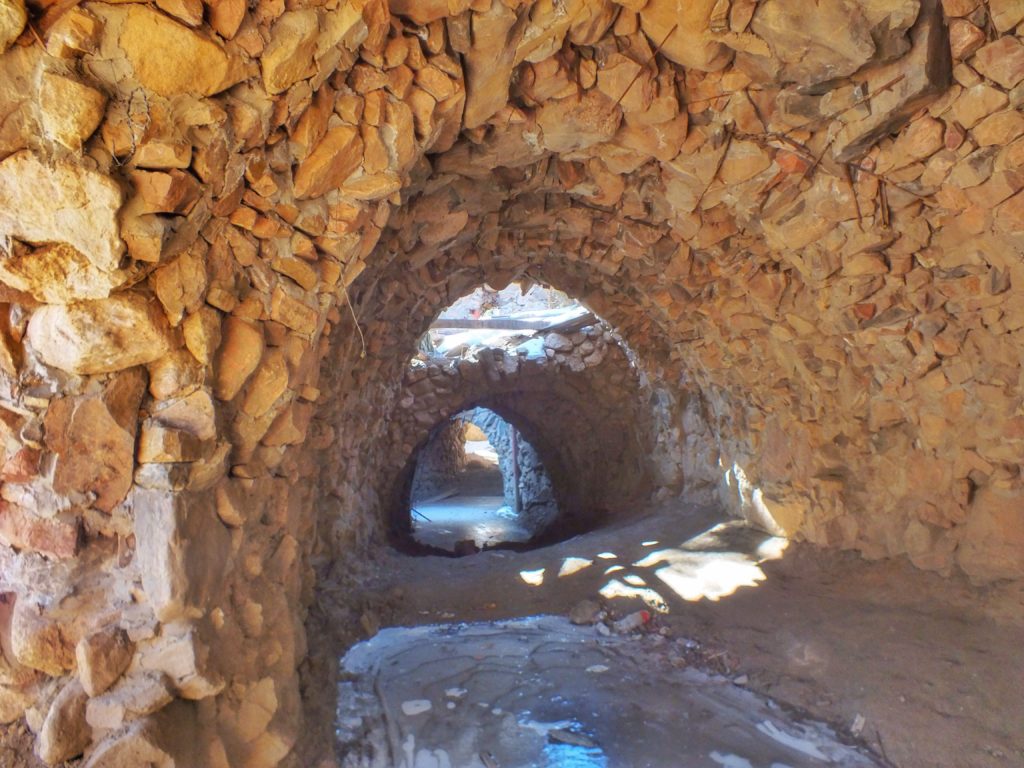 But back to the castle. Here’s the drawbridge/gatehouse. There were no signs, so I drove through and had to make a tricky seven-point turn on a narrow track to get back down and park along the road. 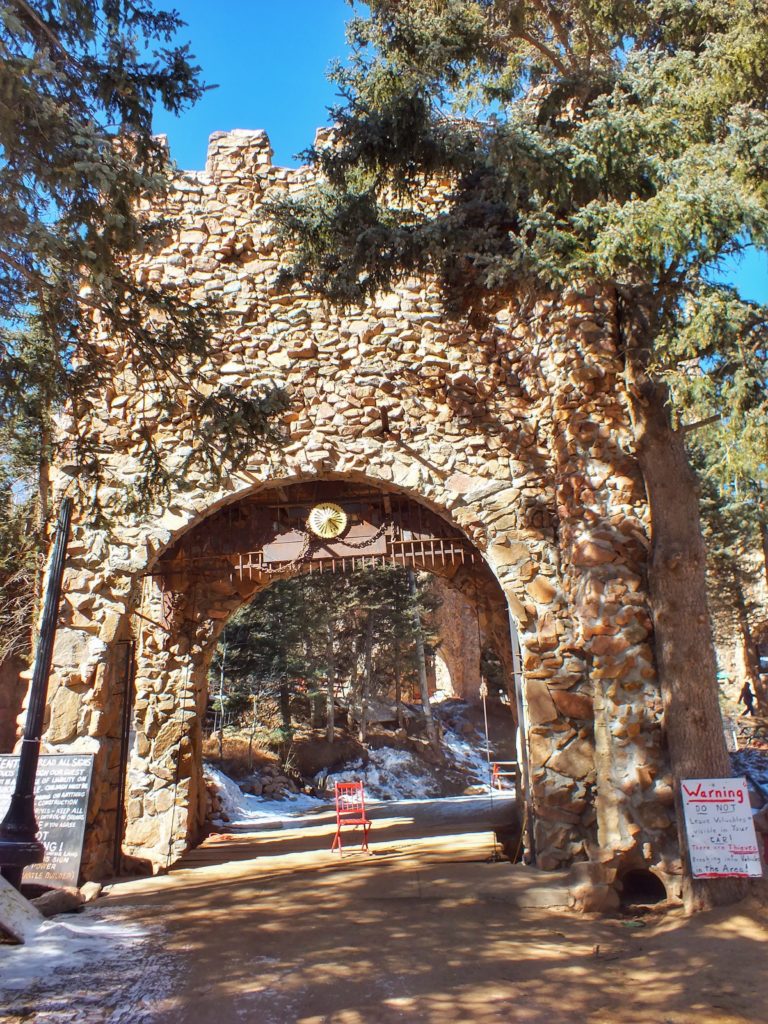 Bishop is very proud of and very insistent about the fact that he built the entire edifice by himself. Inside one of the stairwells, there is an acknowledgment that his father helped with the metal column in the center of the spiral stairs—BUT THAT’S ALL! 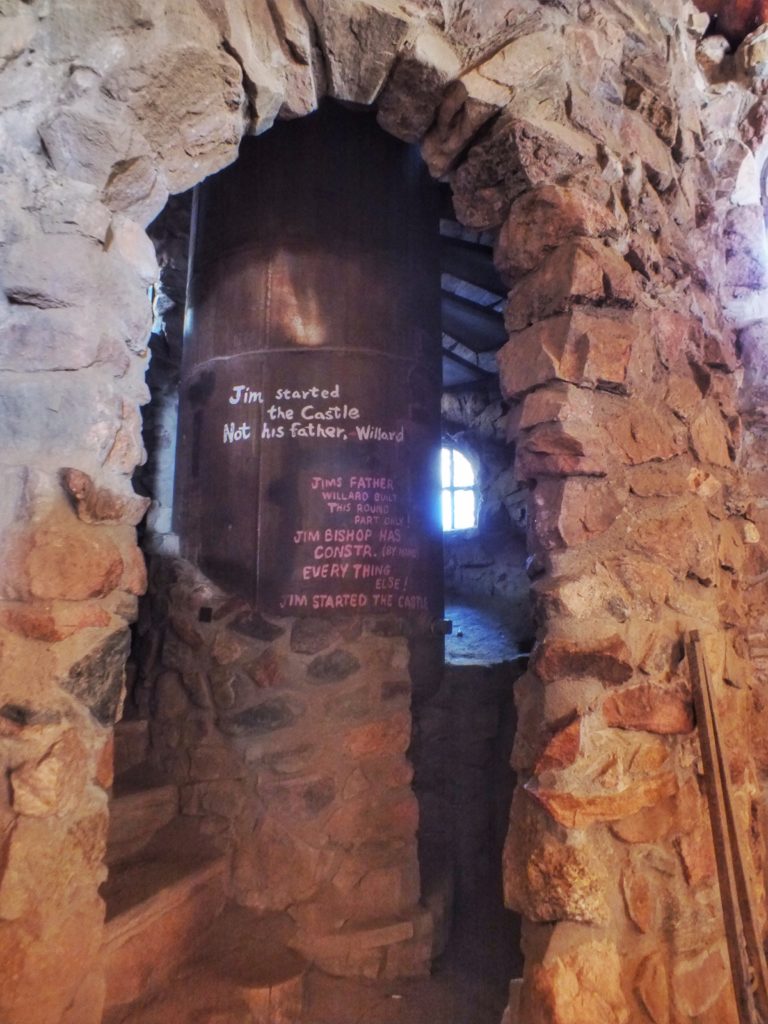 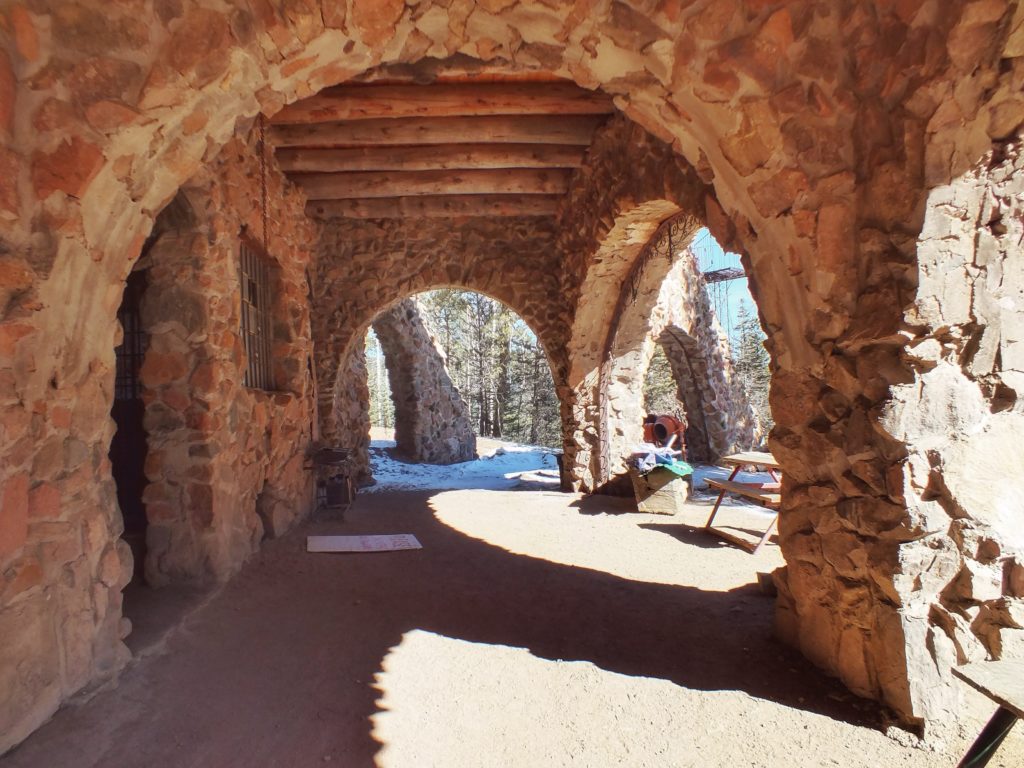 There are three levels. The ground level inside the opening in the photo above is mostly work space. The second level is surrounded by colored-glass windows. 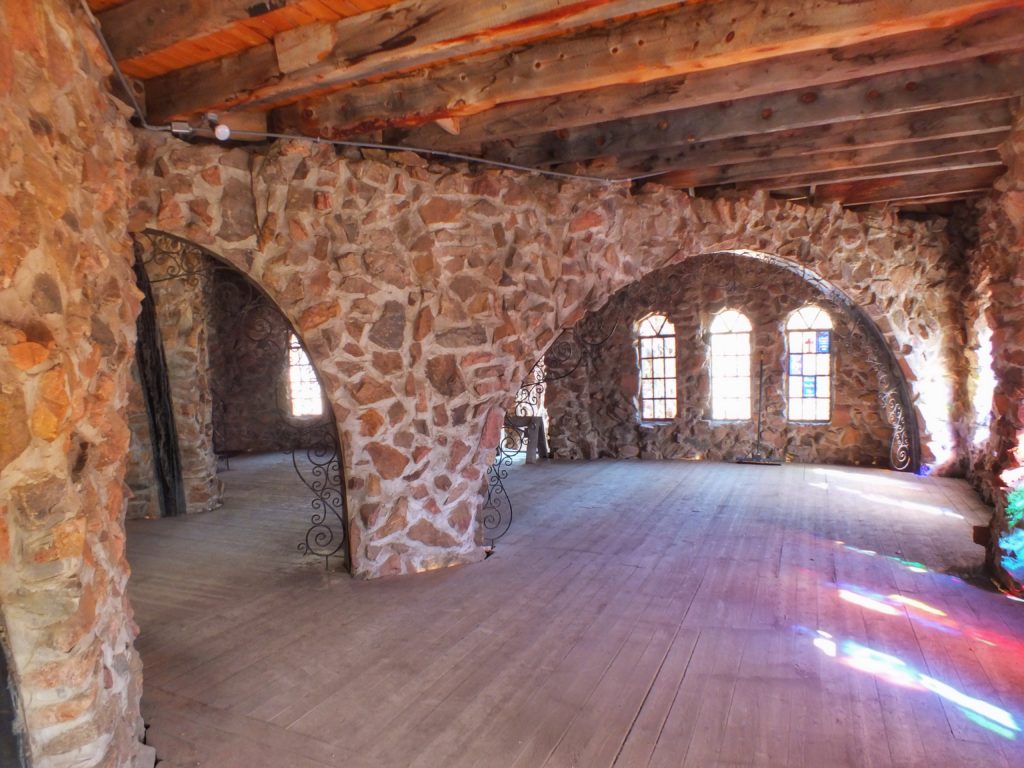 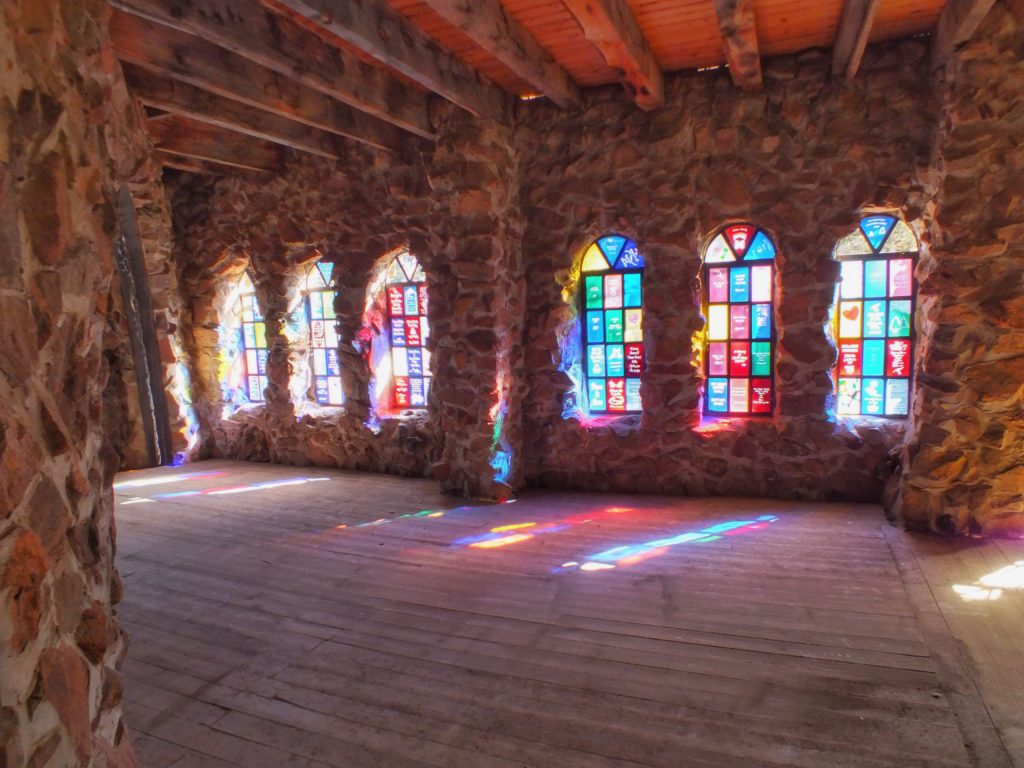 The third level is very impressive. 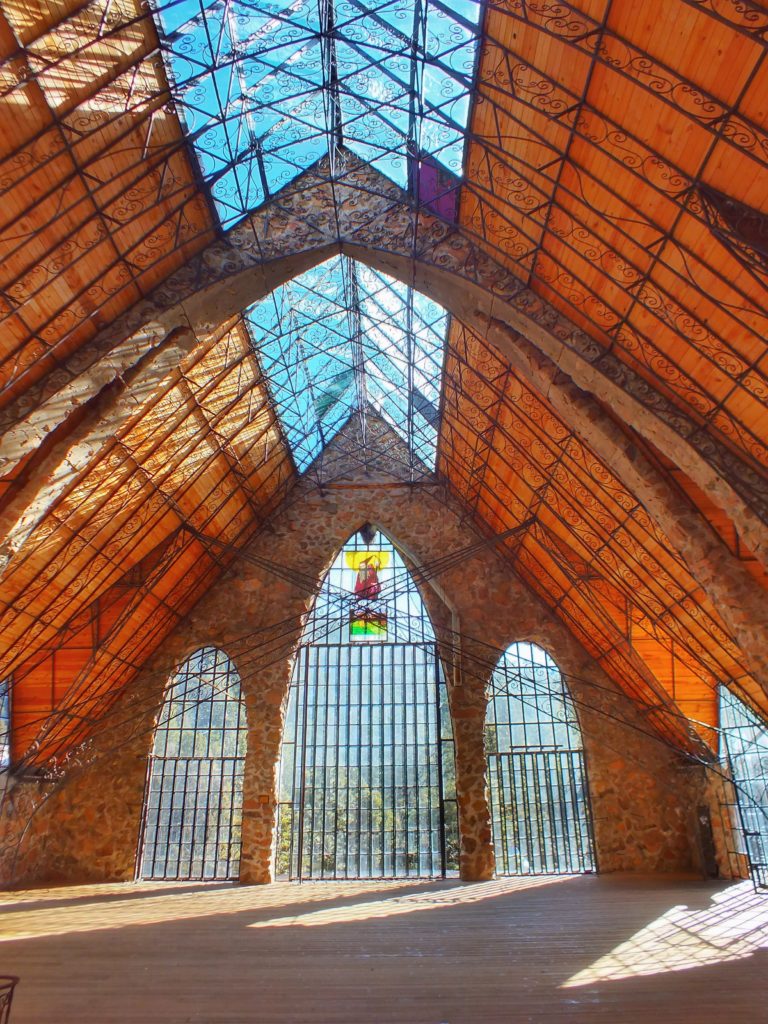 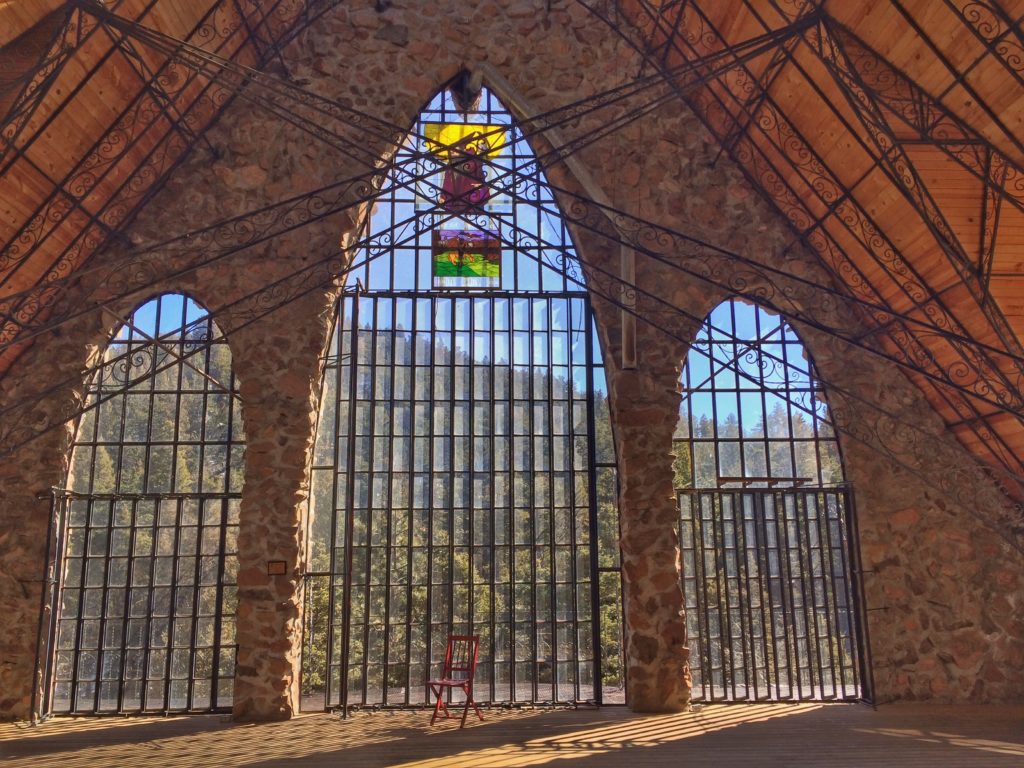 We climbed the tower with the steel sphere at the top. The stairs—and much of the rest of the castle—were unsettling. The wire mesh stairs had patches and dents. The handholds were few. There were many places where carelessness could have resulted in a serious fall. This was the view from the sphere at the top. I found myself hoping that Bishop really knows about welding. 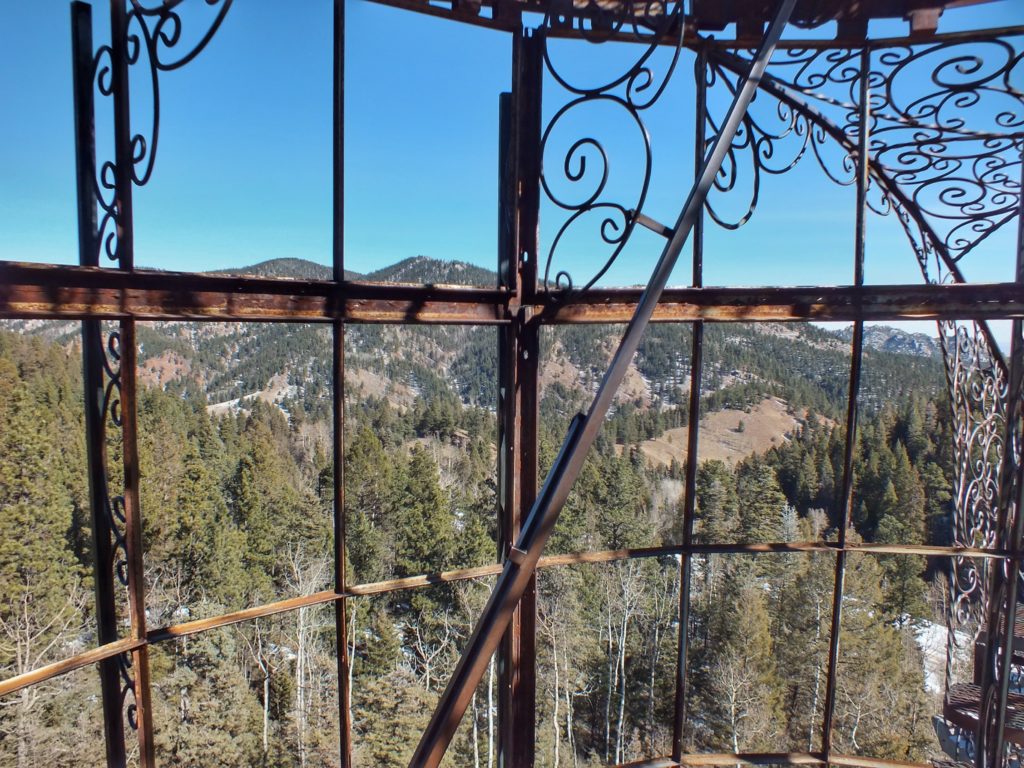 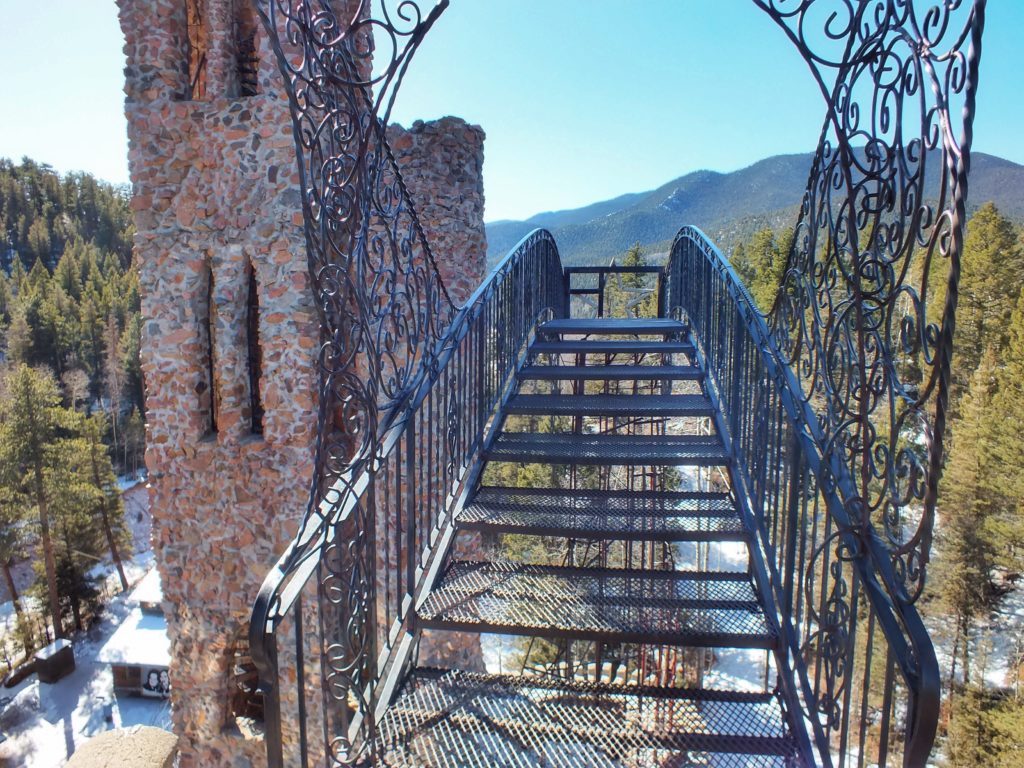 I climbed down and then up to the top of the taller tower. This stairwell was even worse than the first one. A trip or misstep could easy lead to a fall down the sides of the shaft or even out a window. 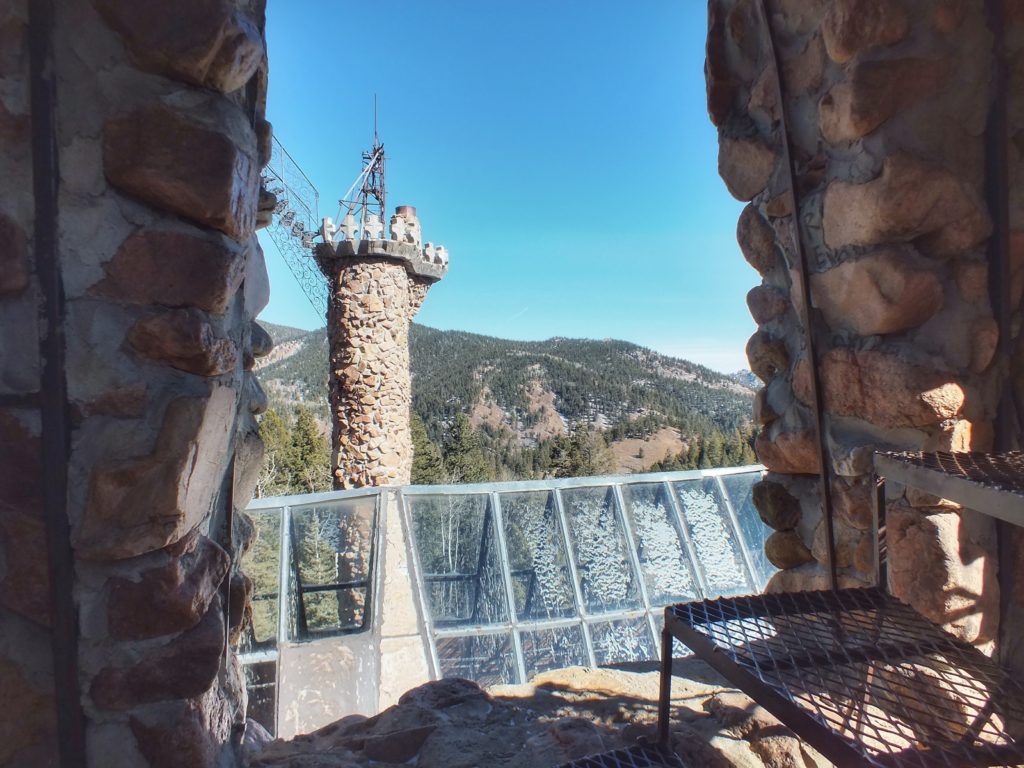 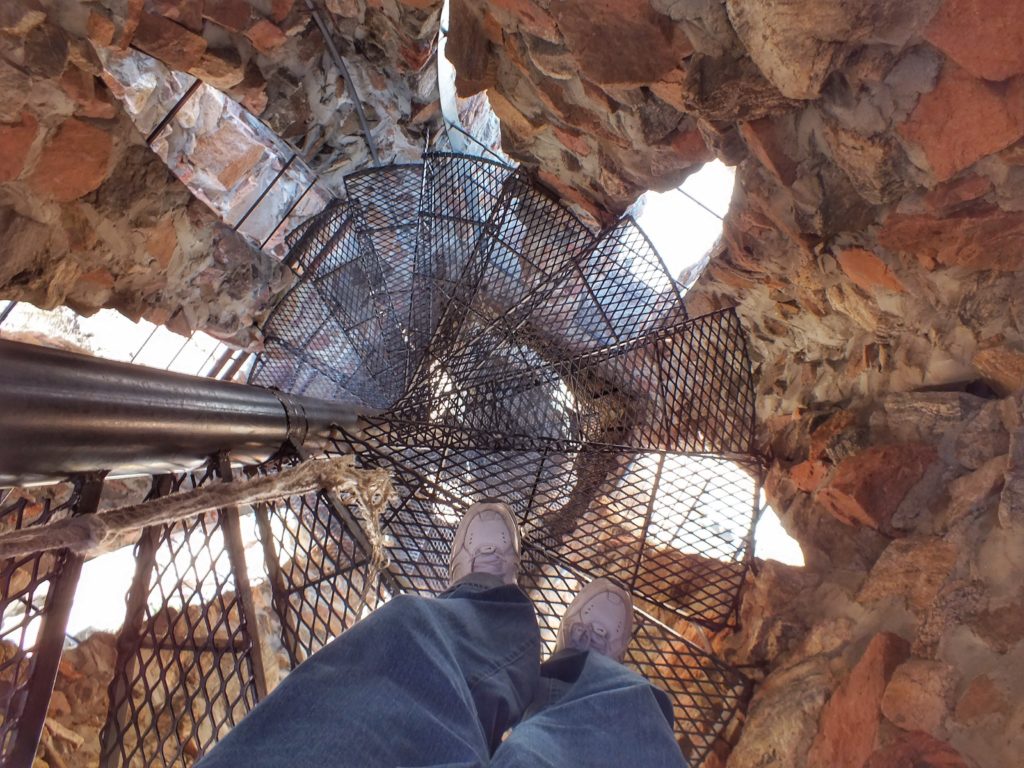 Here there was nothing to keep us from falling except our will to live. 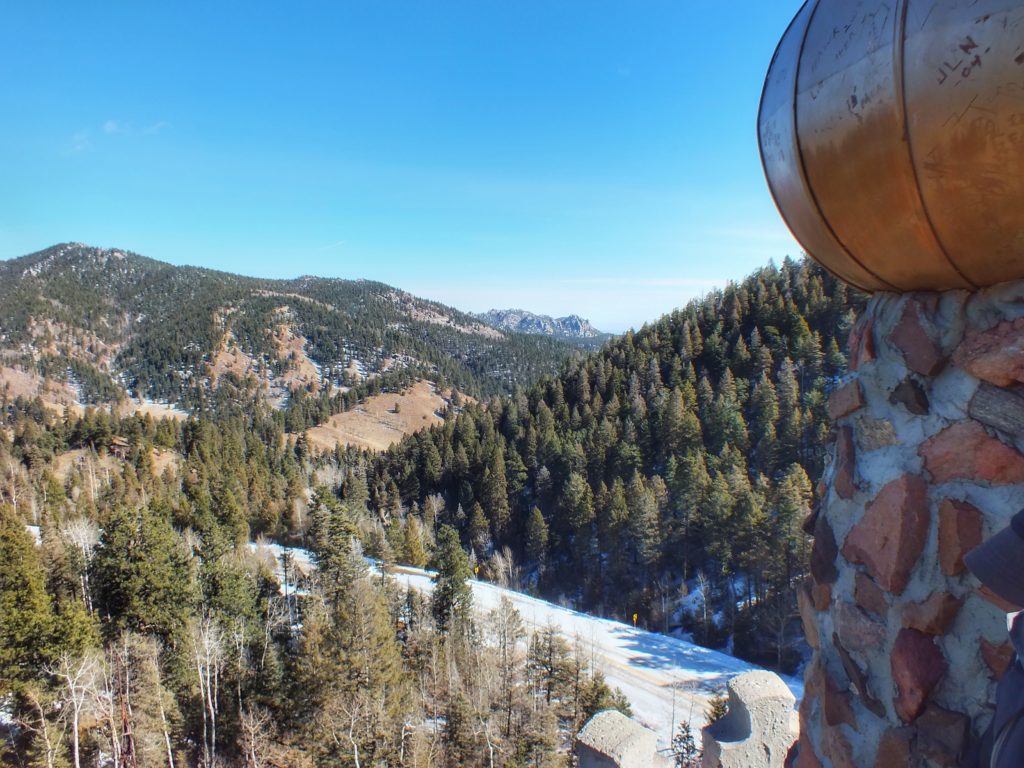 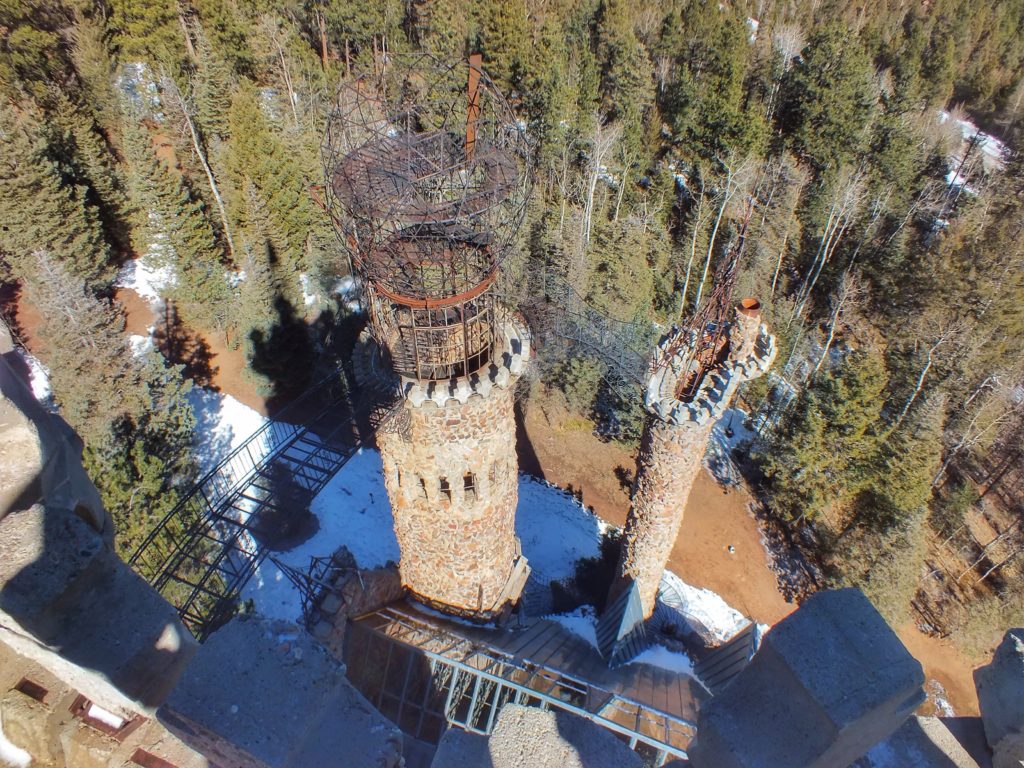 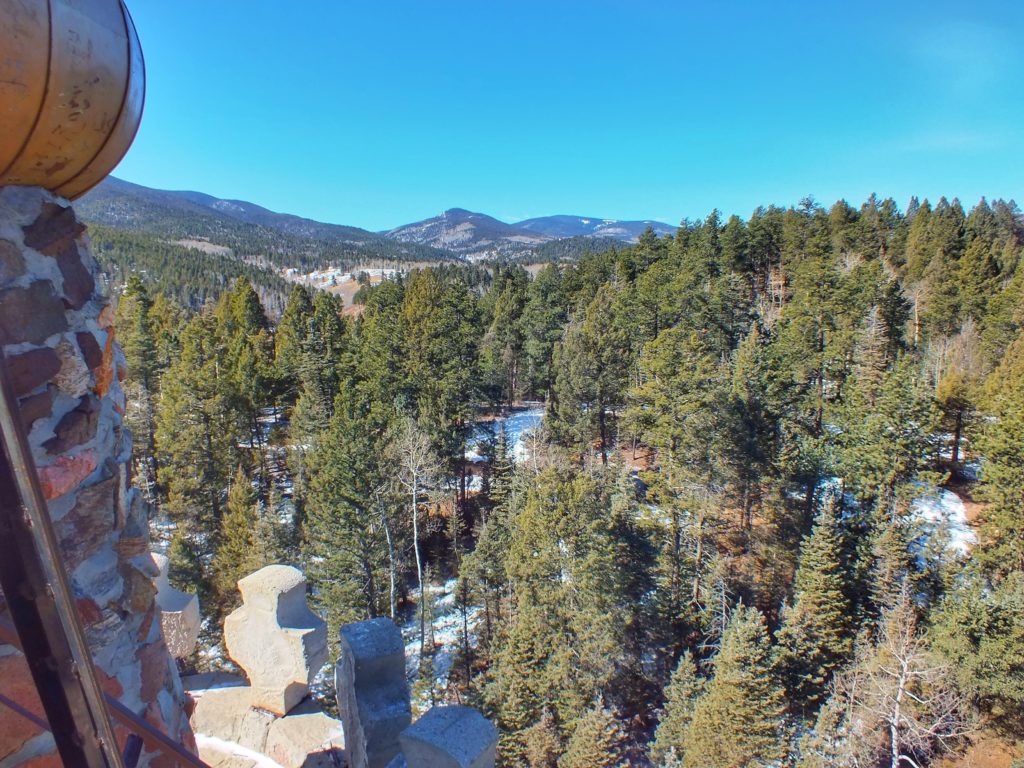 The views were beautiful, but it was cold and my hands were numb from clinging to the metal.

My only mishap occurred as I was walking down some steps to the car to get the red chair. I slipped on snow and went down fast, but survived to tell the tale. 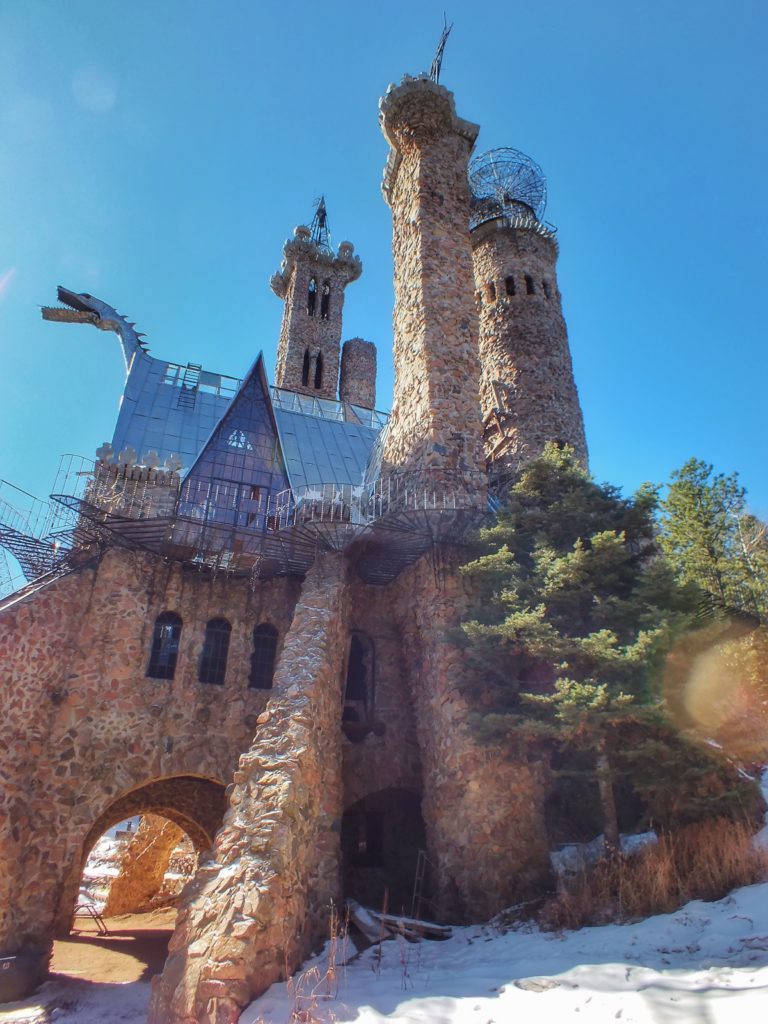 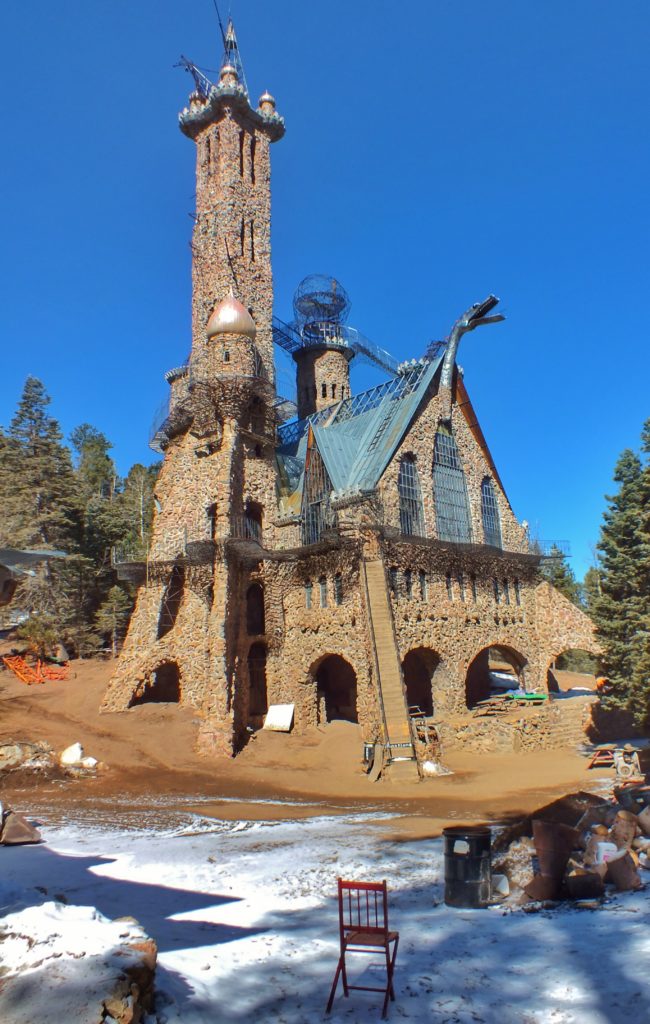 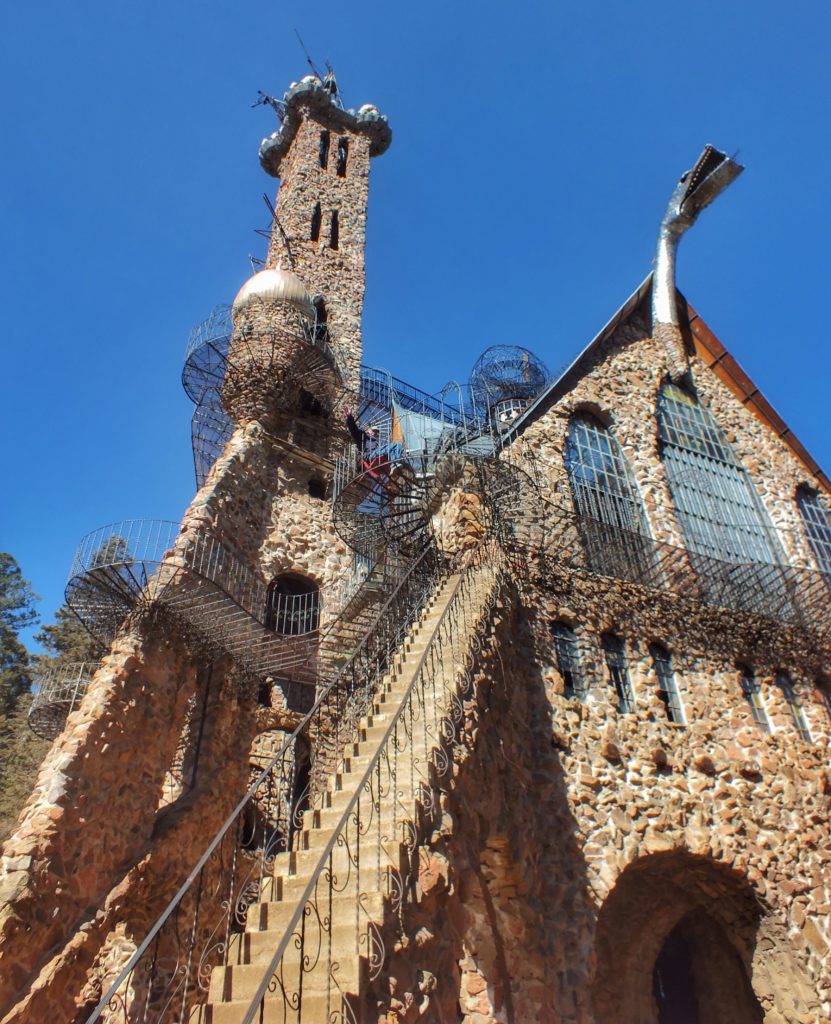 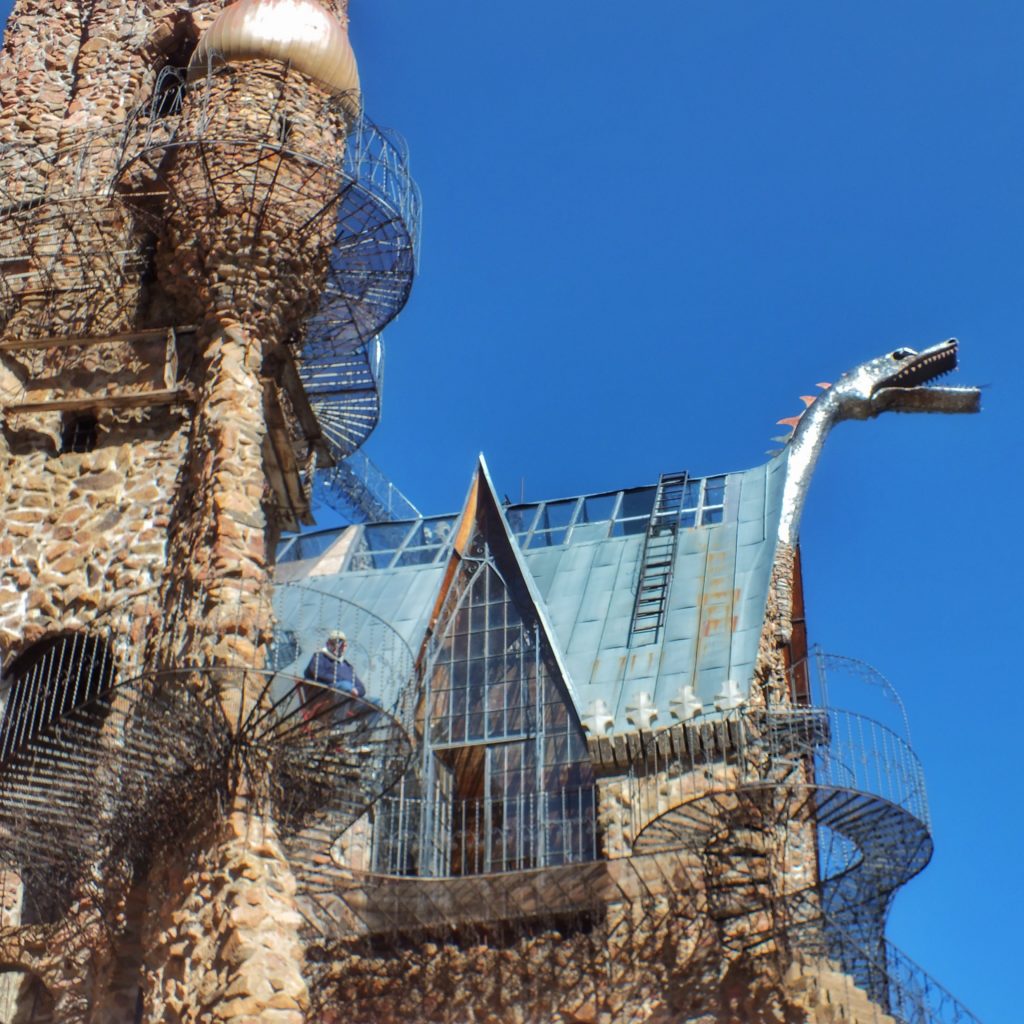 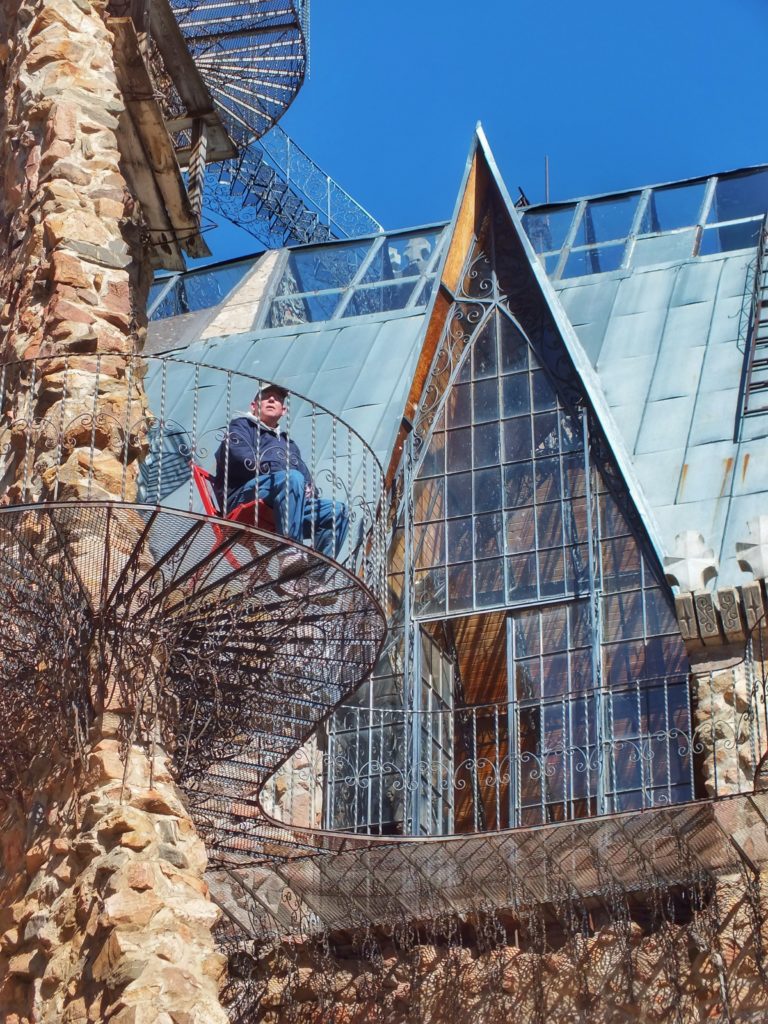 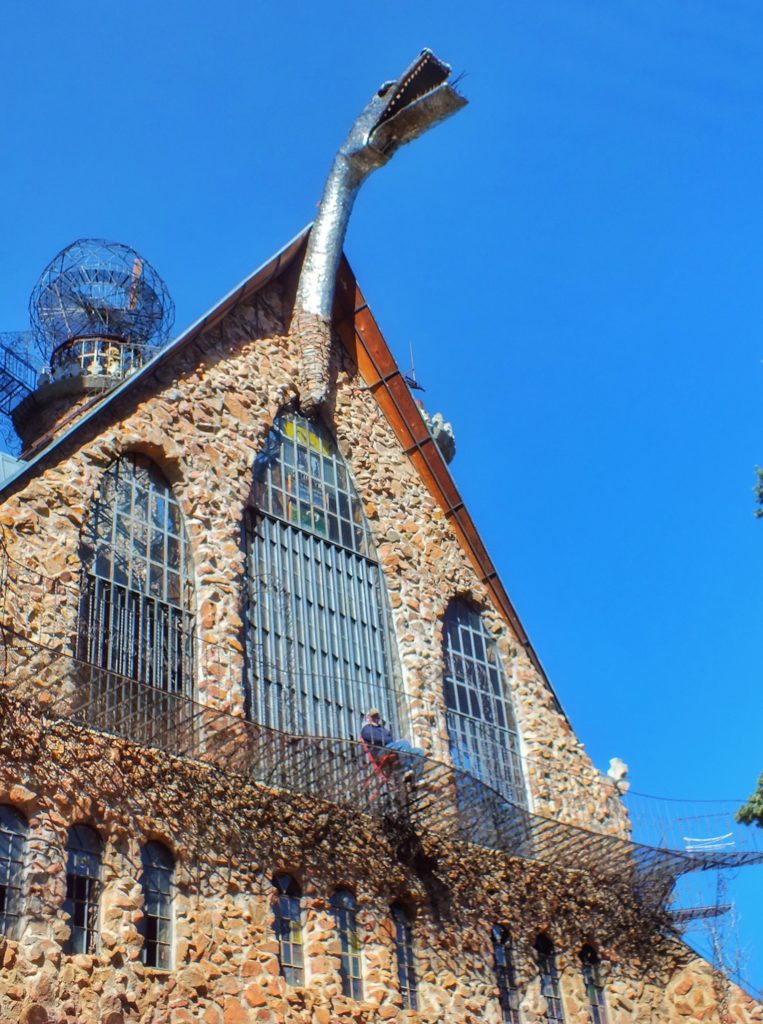 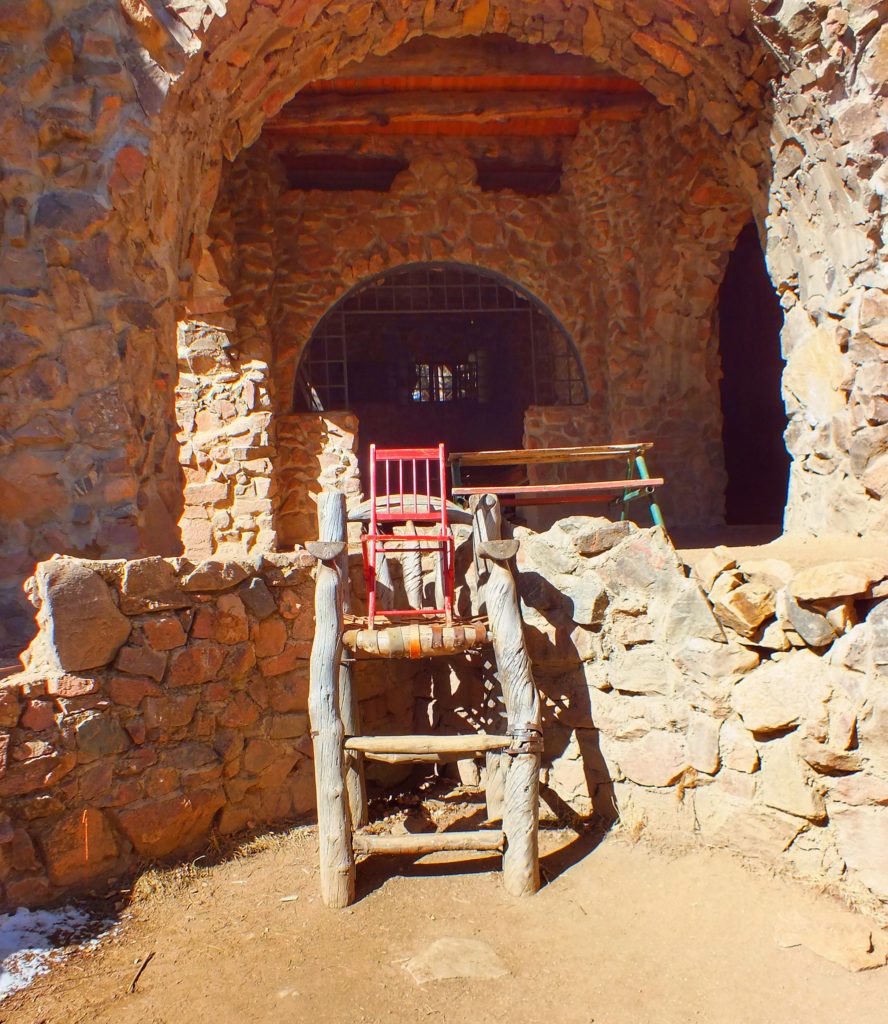 There was a lot of eccentric signage around the place. Most of them express Bishop’s discontent with government regulations and the swindler who attempted to gain ownership of the castle and turn it into the headquarters for a strange cult. 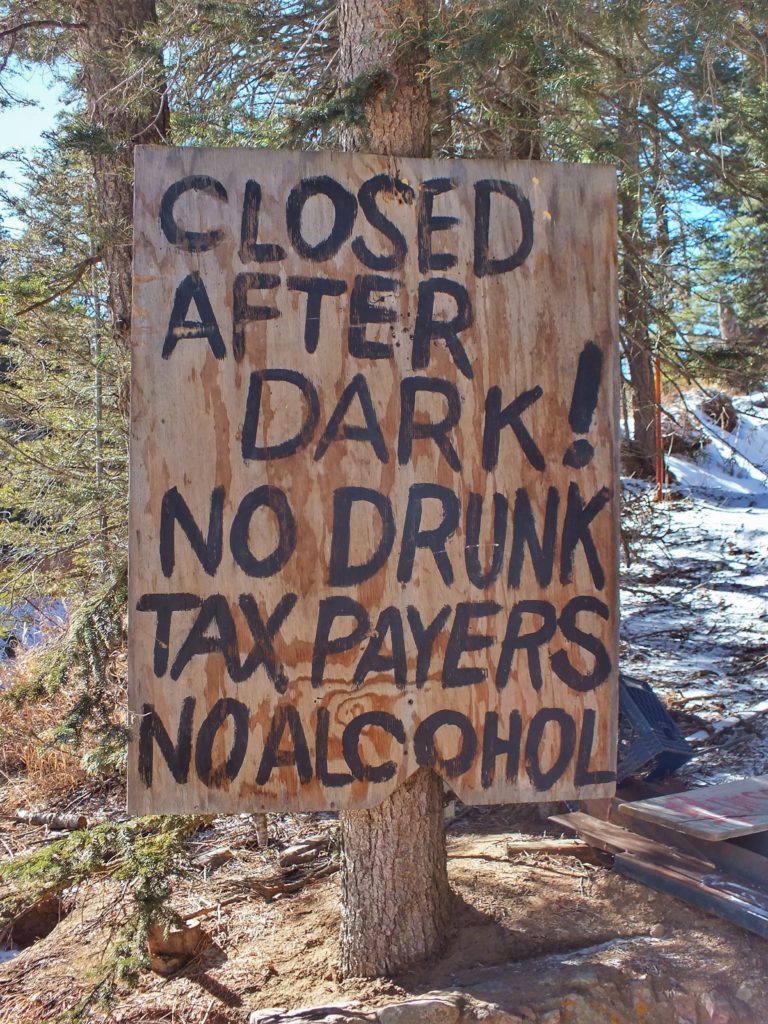 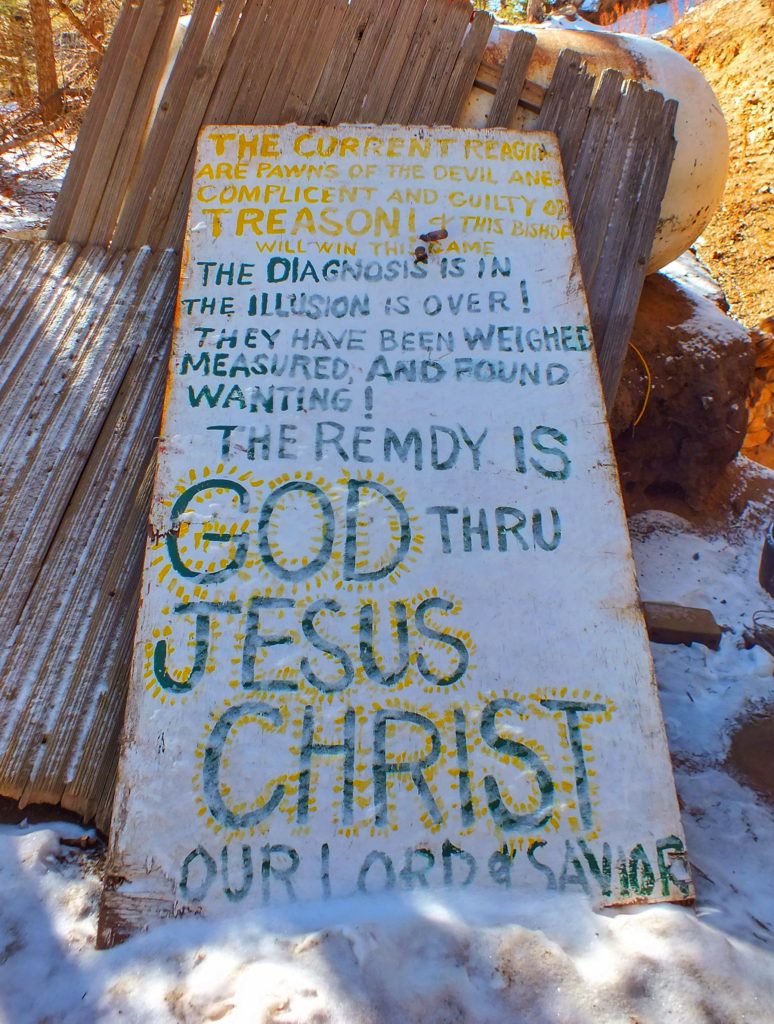 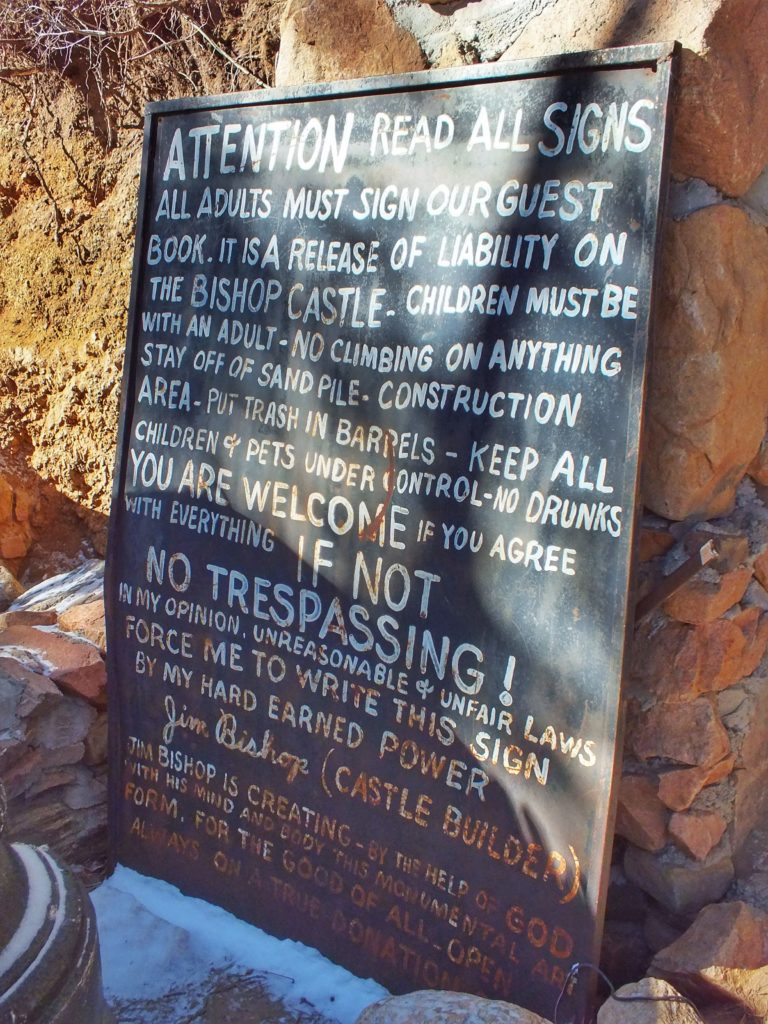 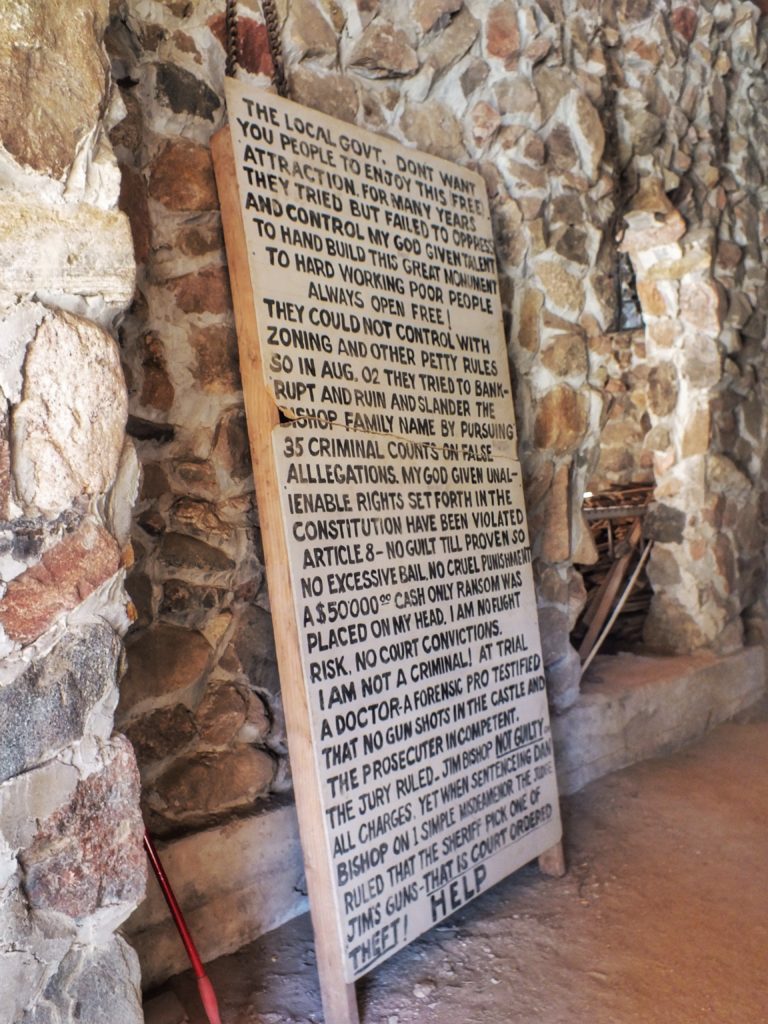 If I ever go back, I don’t know that I’ll climb the towers a second time.

This entry was posted in Interesting Buildings, Red Chair. Bookmark the permalink.