In 1906, the Cañon City government offered inmates in the local prison a reduced sentence if they agreed to build a road along the spine of a hogback ridge west of town. It was open to horse and buggies at first, with cars restricted to Tuesday mornings and Friday afternoons.

I decided to drive the road at the last minute without preparation. I attempted to take photos through the windshield with mixed results. I was a bit nervous starting out, but by the time I was finished, I just thought it was a rush. 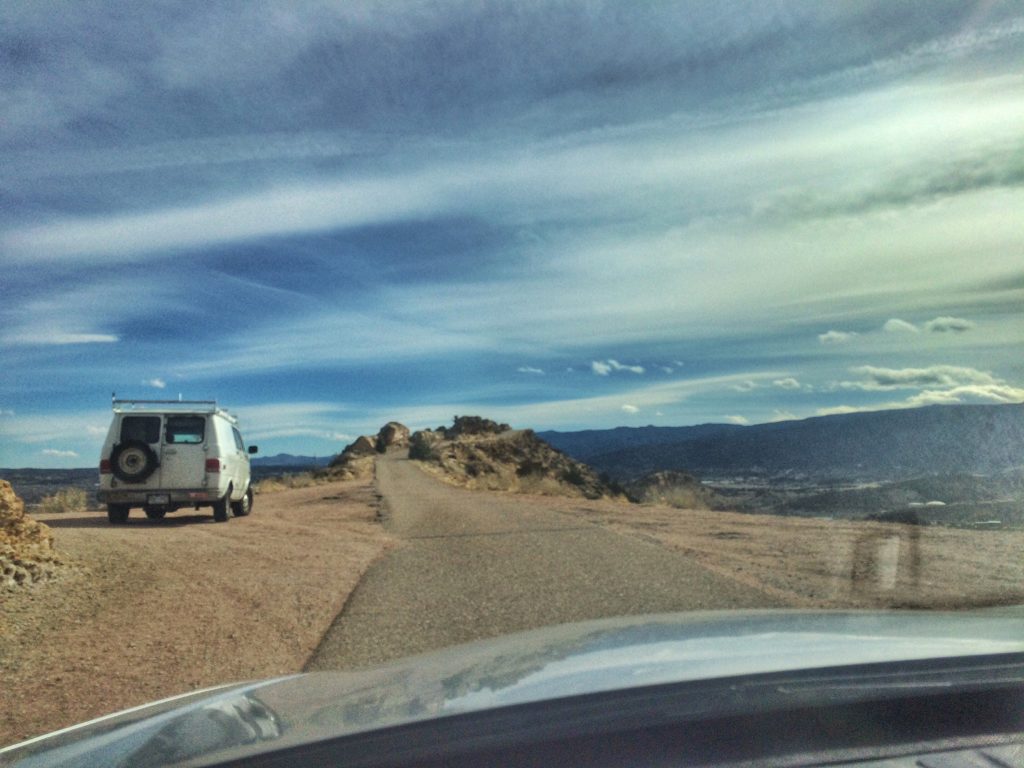 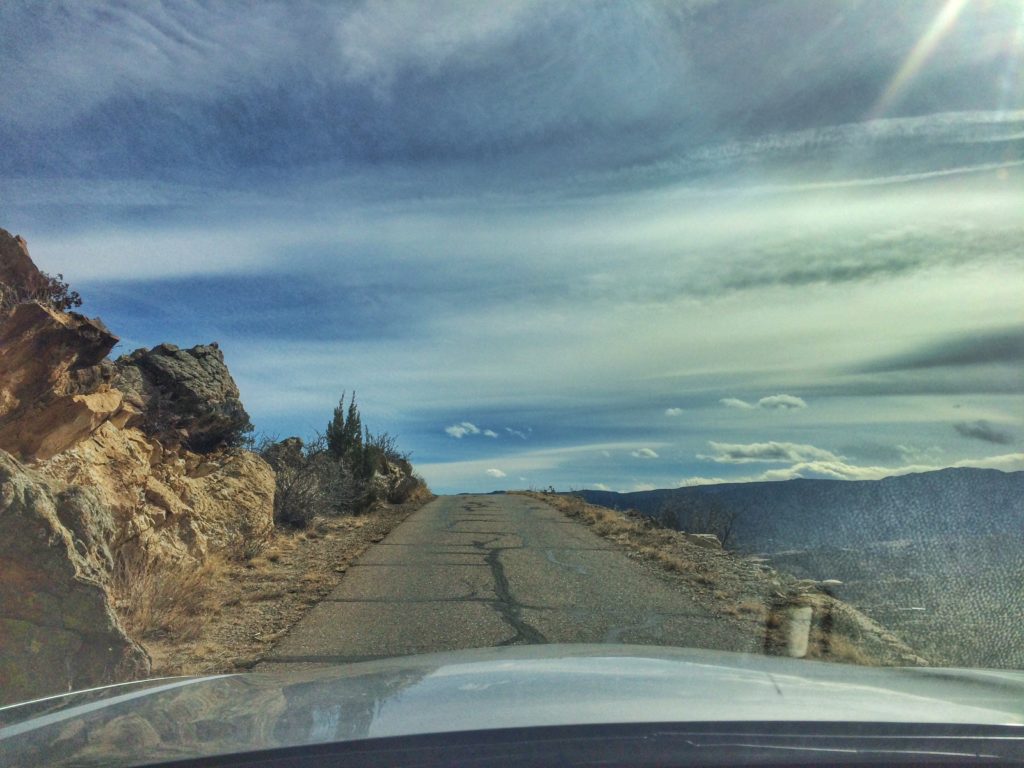 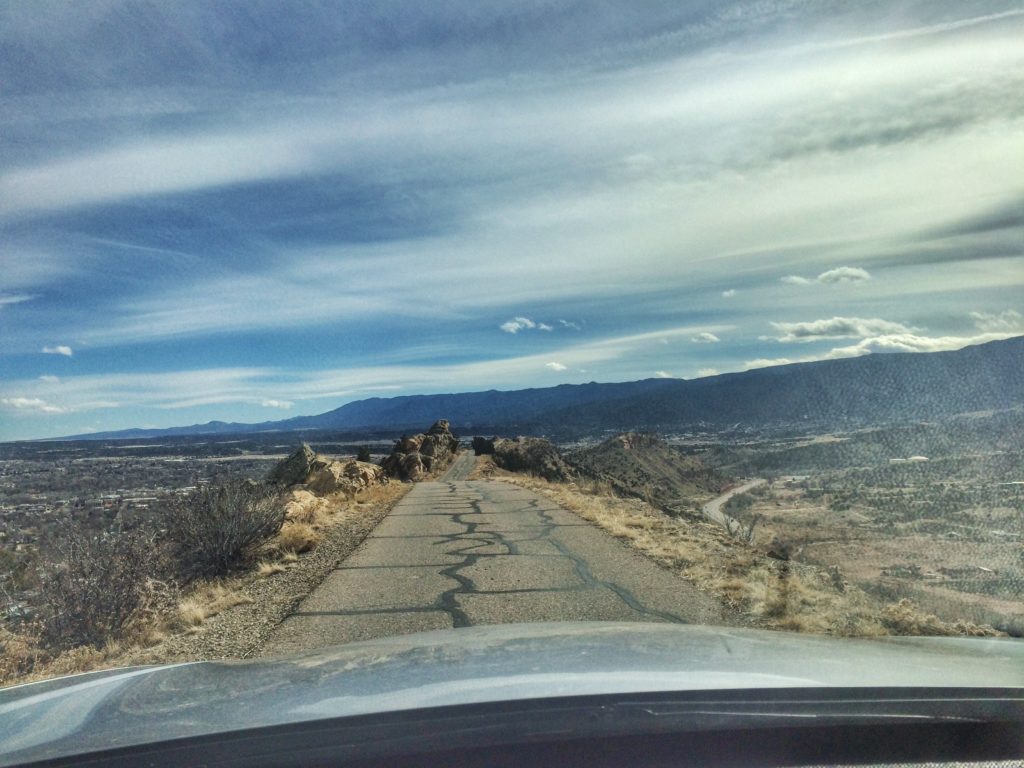 For three miles, there were no guardrails. There were a few short stretches where the mountain drops off a few inches away on both sides of the pavement, but usually there were rocks on one side or the other. The traffic is one-way, of course. There are some pull-offs, but they don’t have guardrails either. 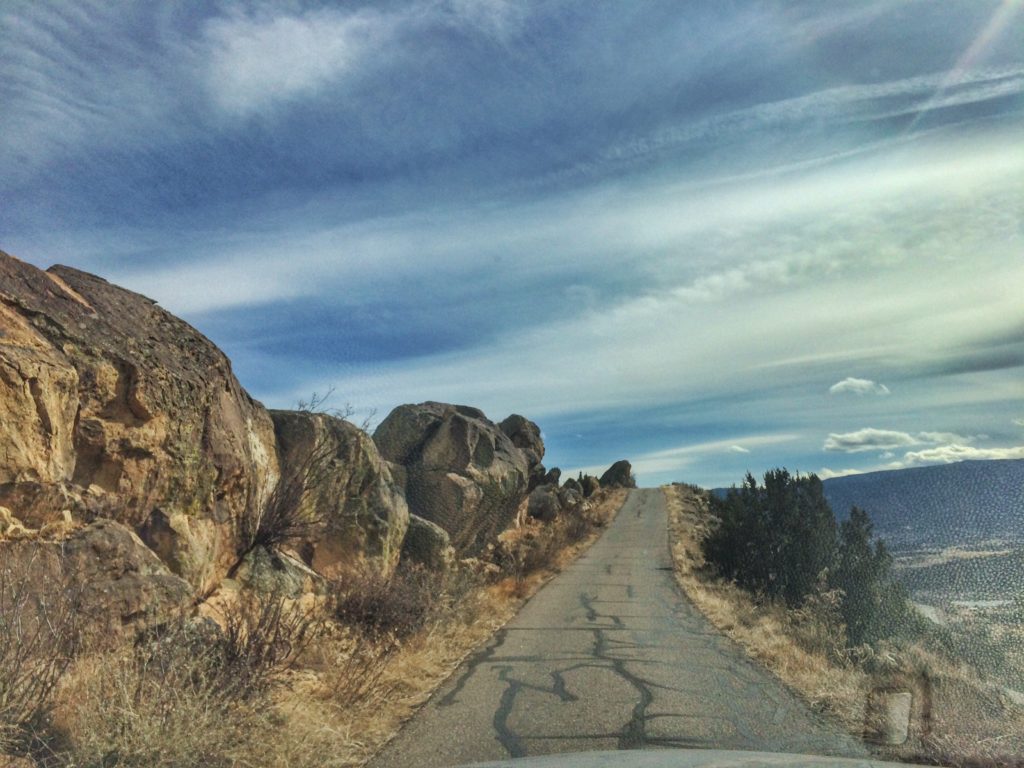 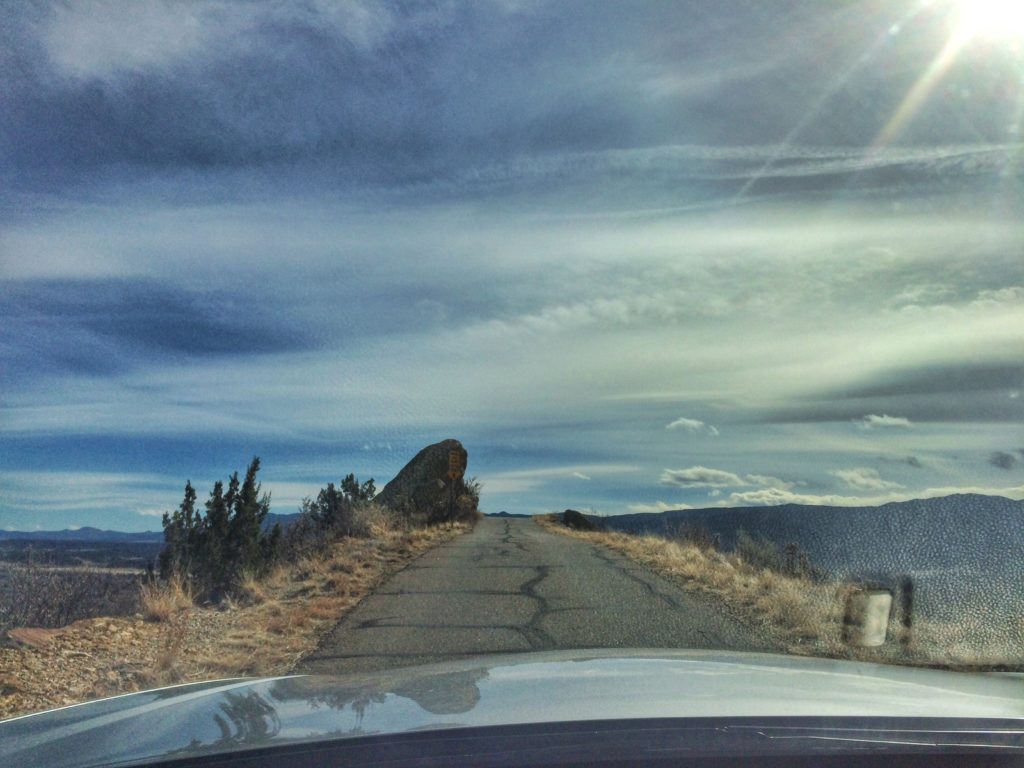 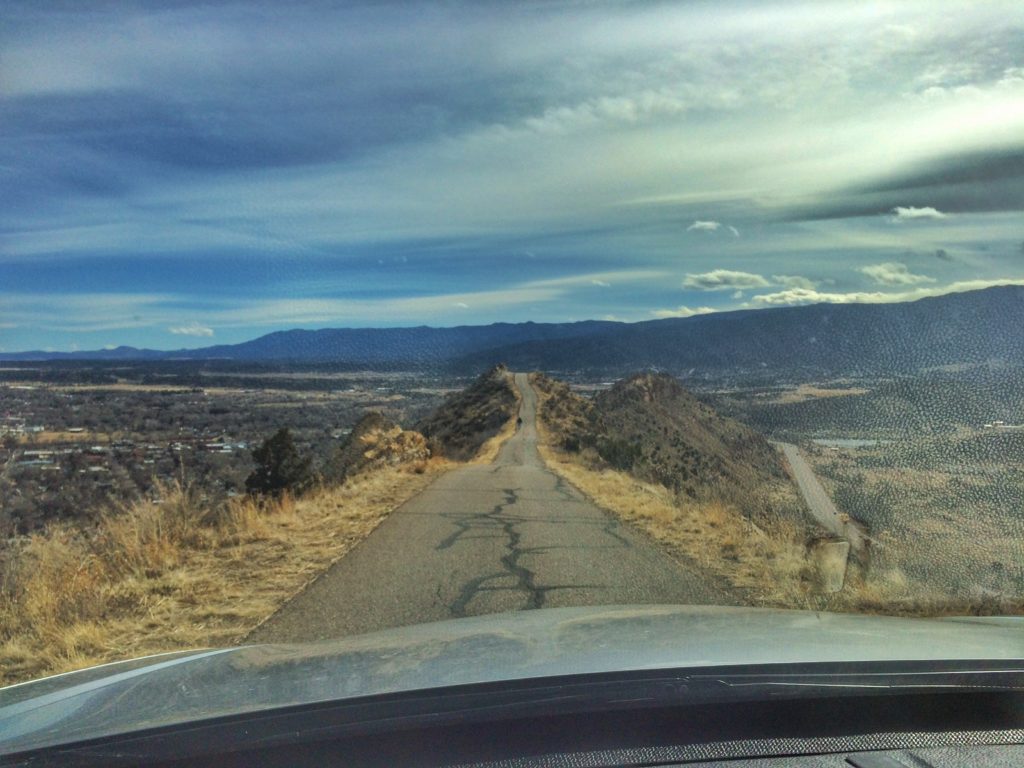 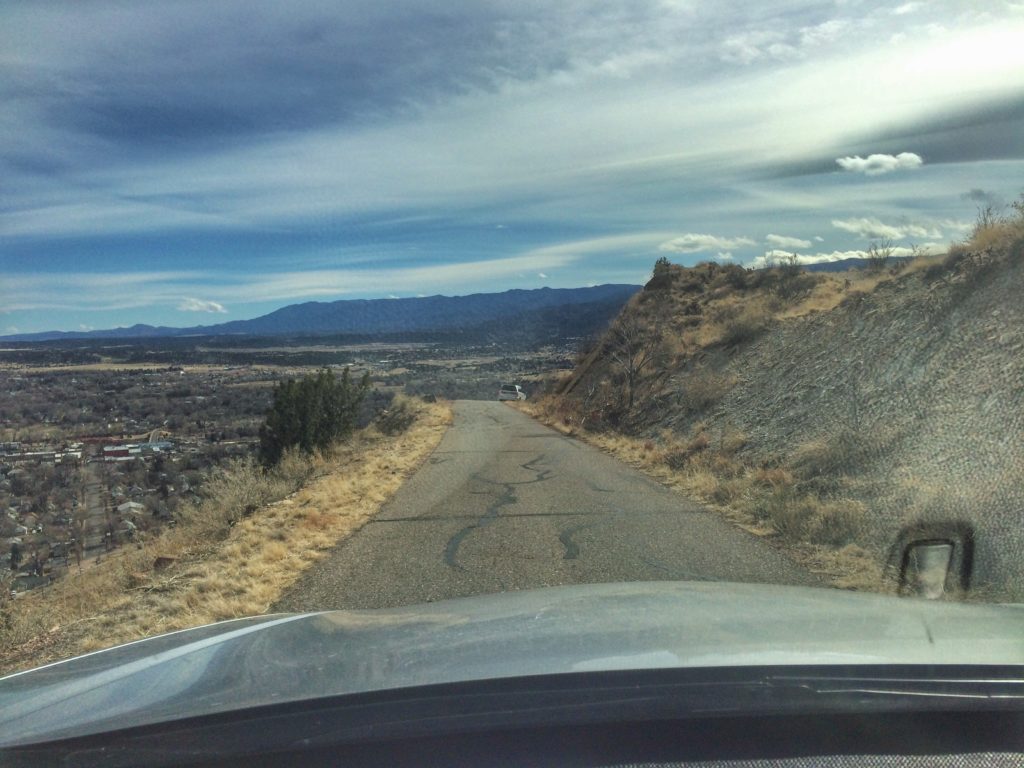 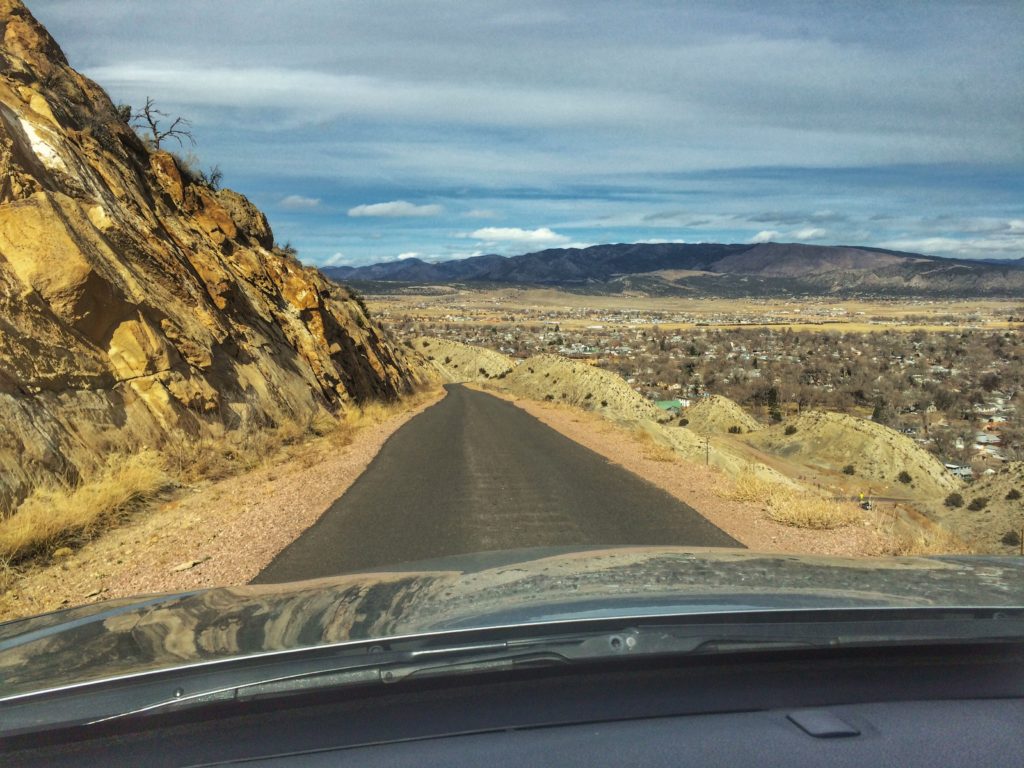 The road dumped us in the middle of a residential neighborhood in Cañon City.