Apparently nothing happened in Texas and Oklahoma except cattle drives. There’s a monument to one every mile or so. Or so it seemed.

The first one we saw was in McAlester, Oklahoma, along Route 69. We passed it at dusk on Tuesday. I took this photo on the way north on Friday. 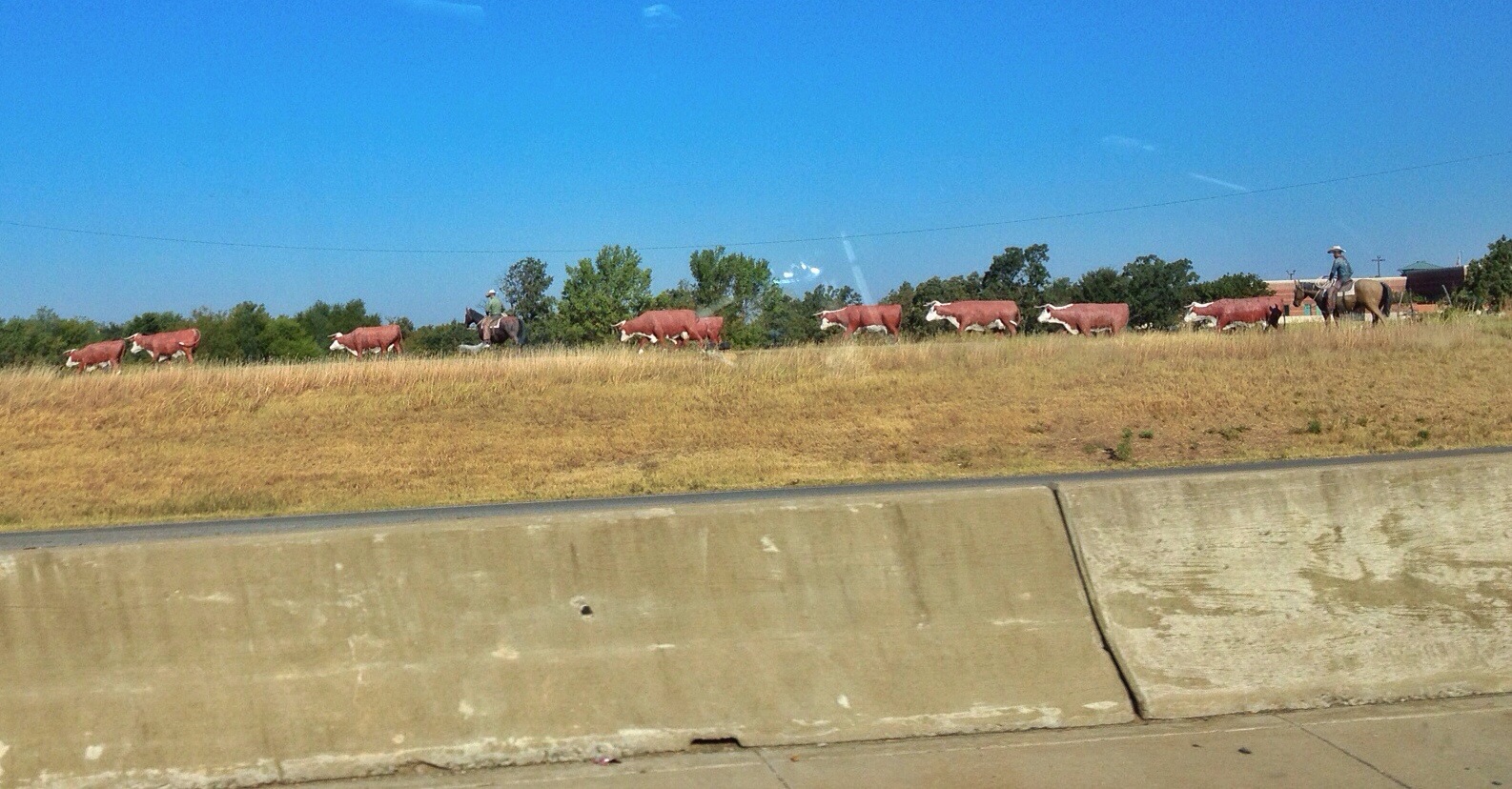 On Wednesday morning, we drove to Frisco to buy stuff for the booth at Ikea. We stopped to see “the longest continuously-themed sculpture collection” at the Centre at Preston Ridge, a shopping mall. There were cattle statues scattered along the main drive, with a cowboy on a horse at one end and four cowboys sitting around a sculpture of a campfire at the other. 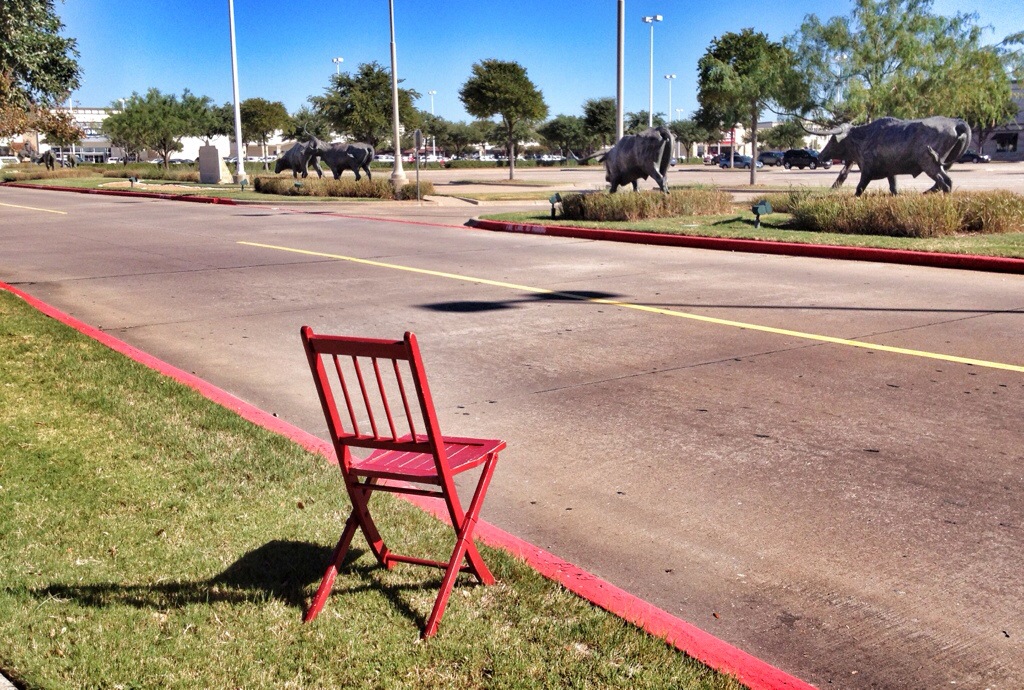 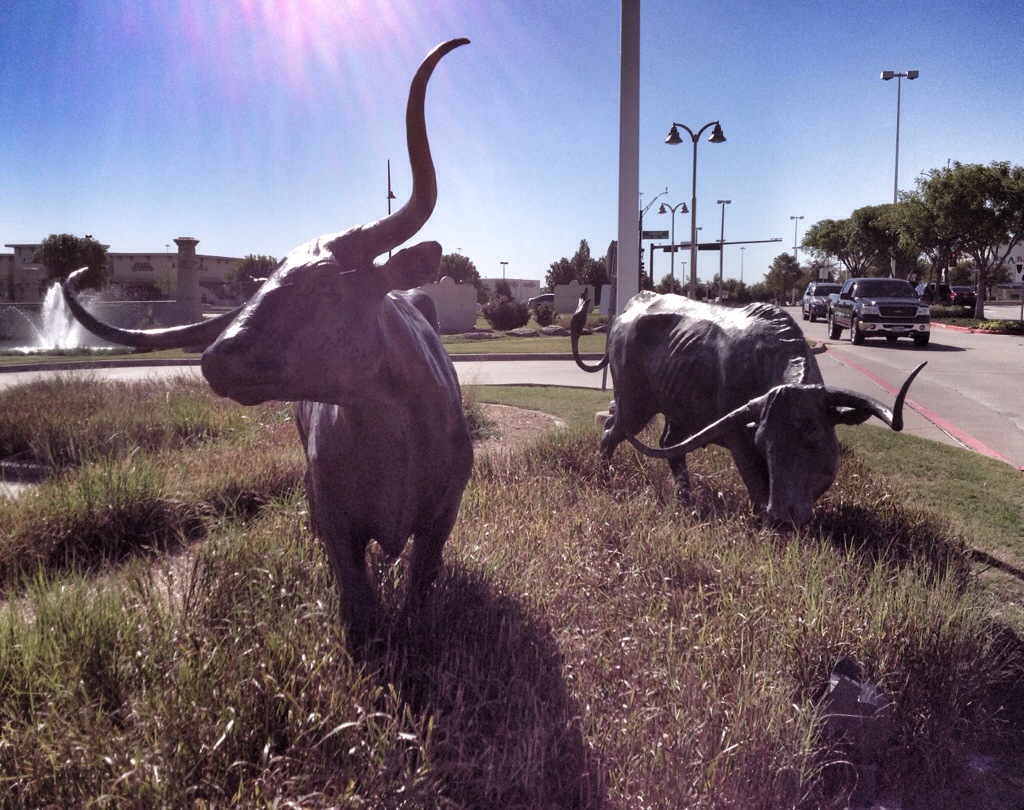 On the way to Ikea, we passed the Embassy Suites hotel where the conference was held last year. I remembered a Shawnee Trail cattle drive statue nearby, in Central Park. After our shopping, we headed over there. 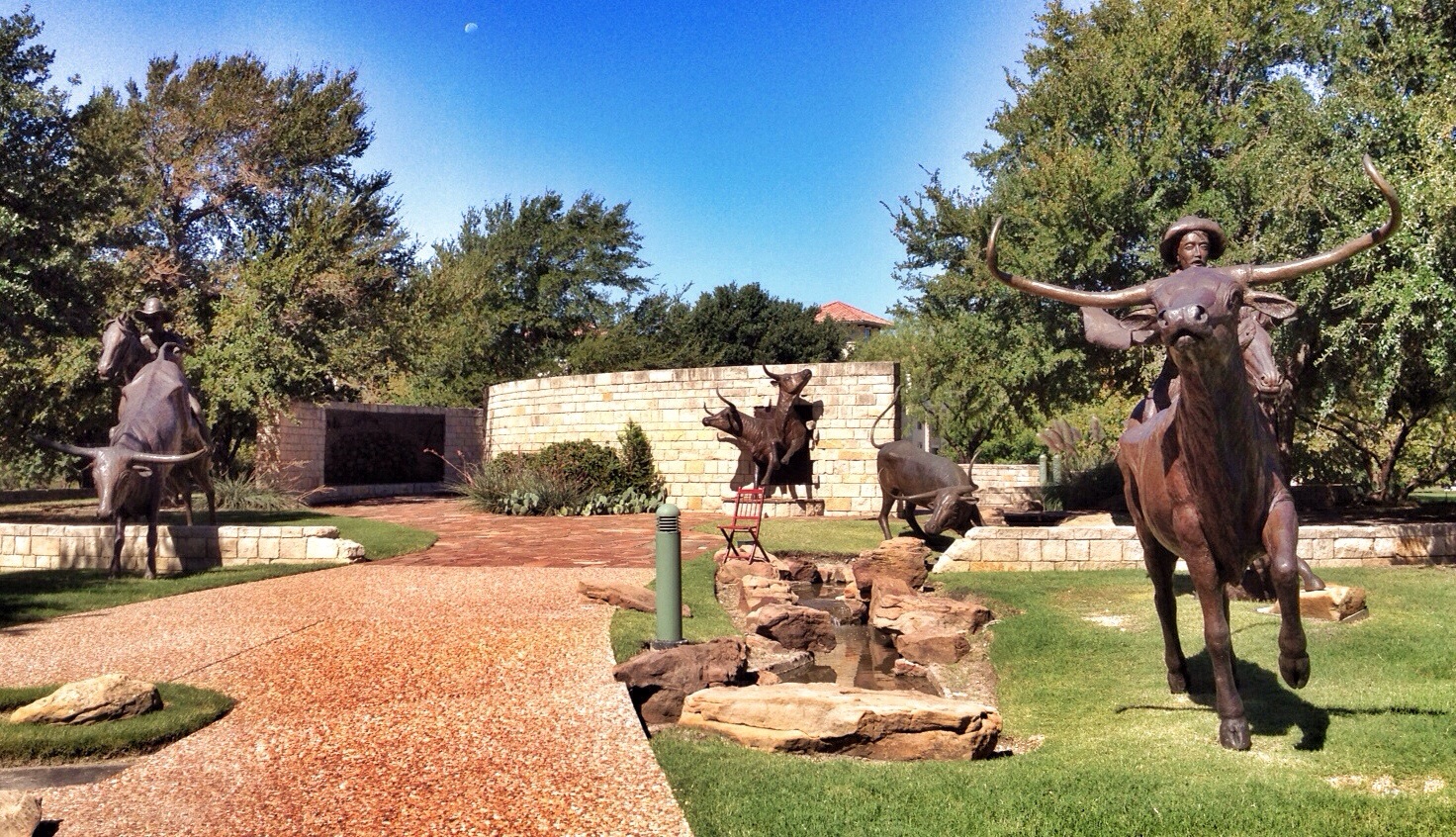 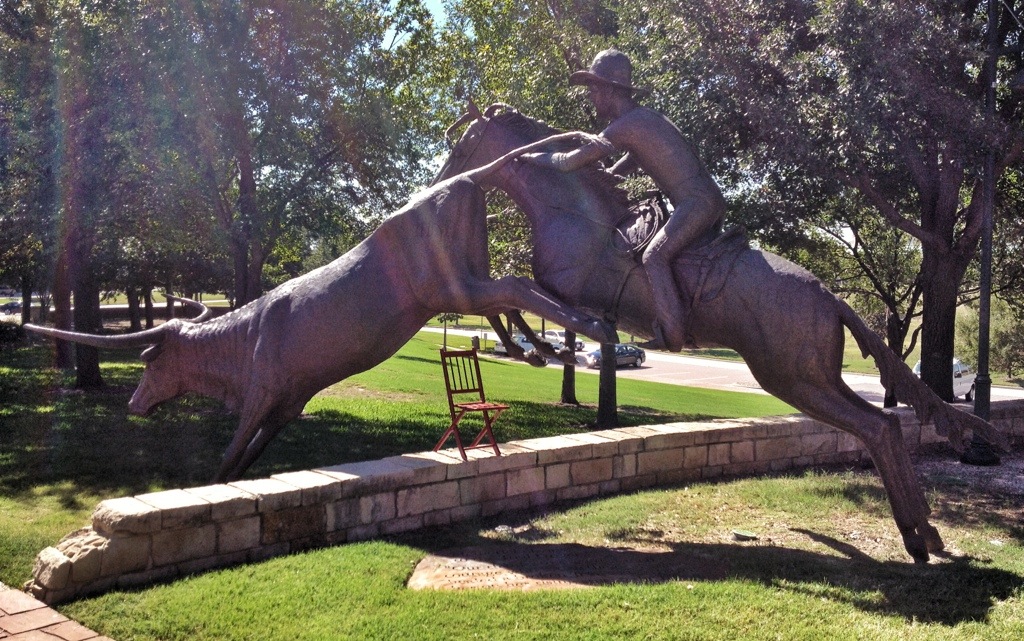 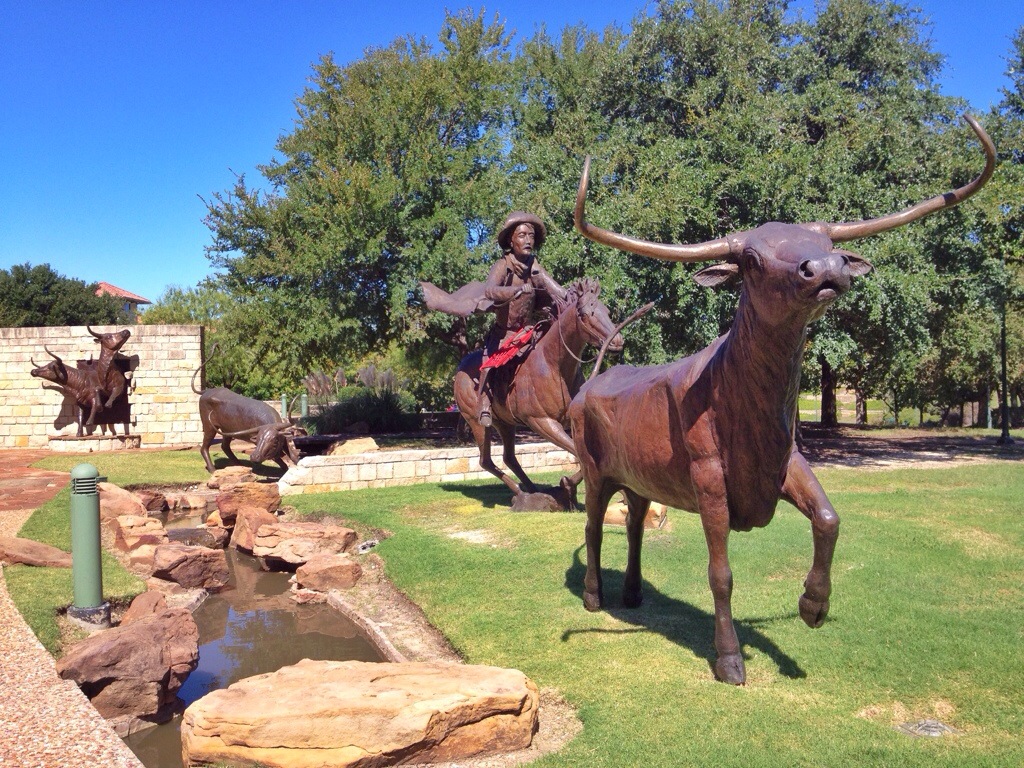 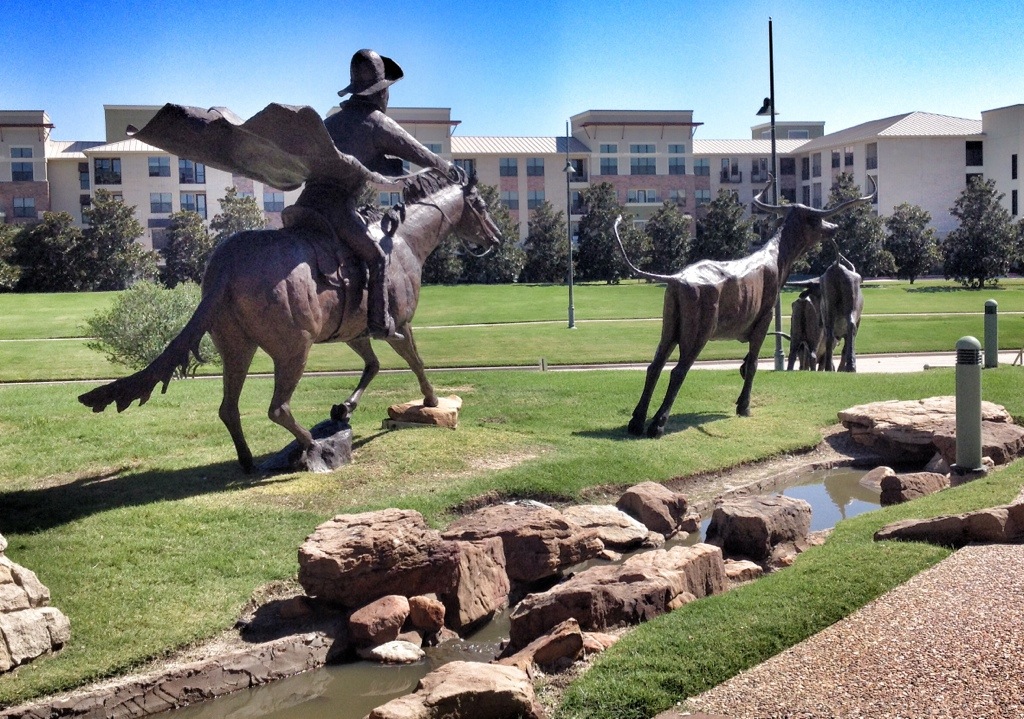 I understand there’s another one, even larger, in Dallas. I find them impressive, but I’m surprised to find so many so close together.