On the grand tour, we drove from Victor to Cripple Creek (where we paused only long enough to see the wandering burros) to Florissant. We ate lunch at Costello Street, then headed to Florissant Fossil Beds National Monument for a walk cut short by a looming thunderstorm. We were there long enough to see a family of Colorado Chipmunks in the ponderosa pines. 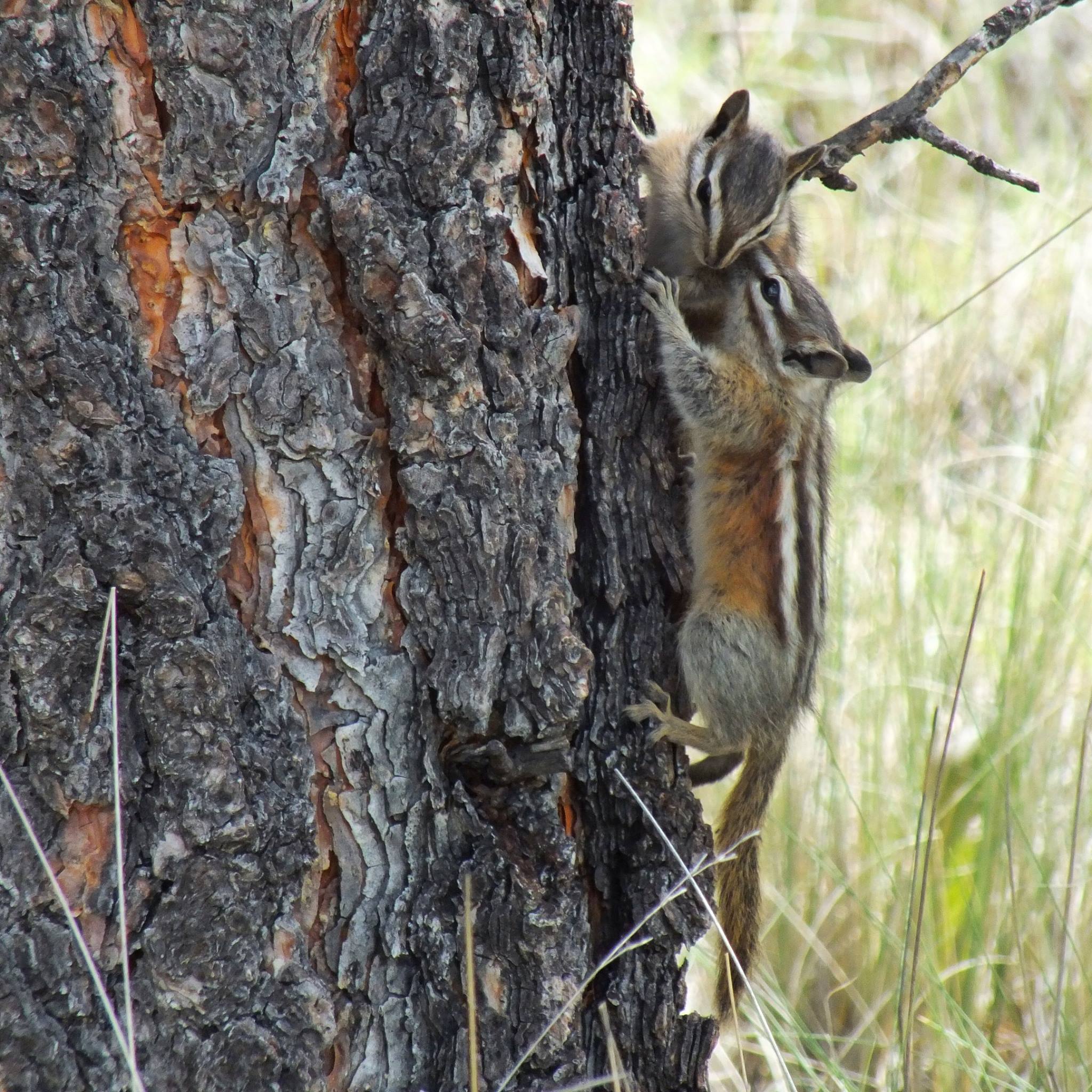 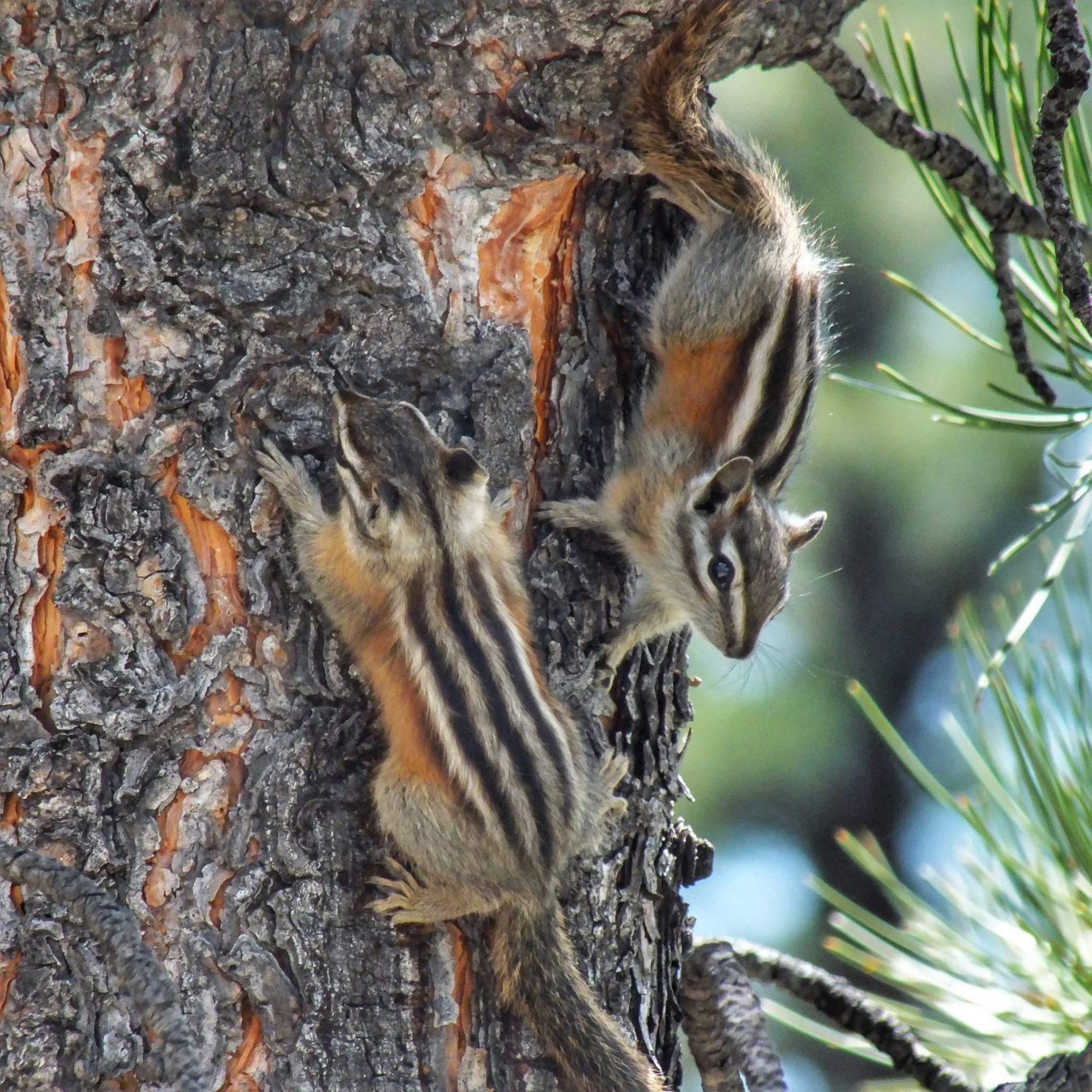 We stopped at the Donut Mill in Woodland Park for donuts and ice cream, then headed north to Deckers. We drove along the Platte River for a while, with the rain coming and going every few minutes. We cut through the mountains on a dirt road to Sedalia, then headed south on Route 105. Just a few miles north of Monument, I spotted a herd of seven Elk in a field along the road. Even though we were at least 250 yards away, they were aware of us and moved slowly up the hill into the trees. 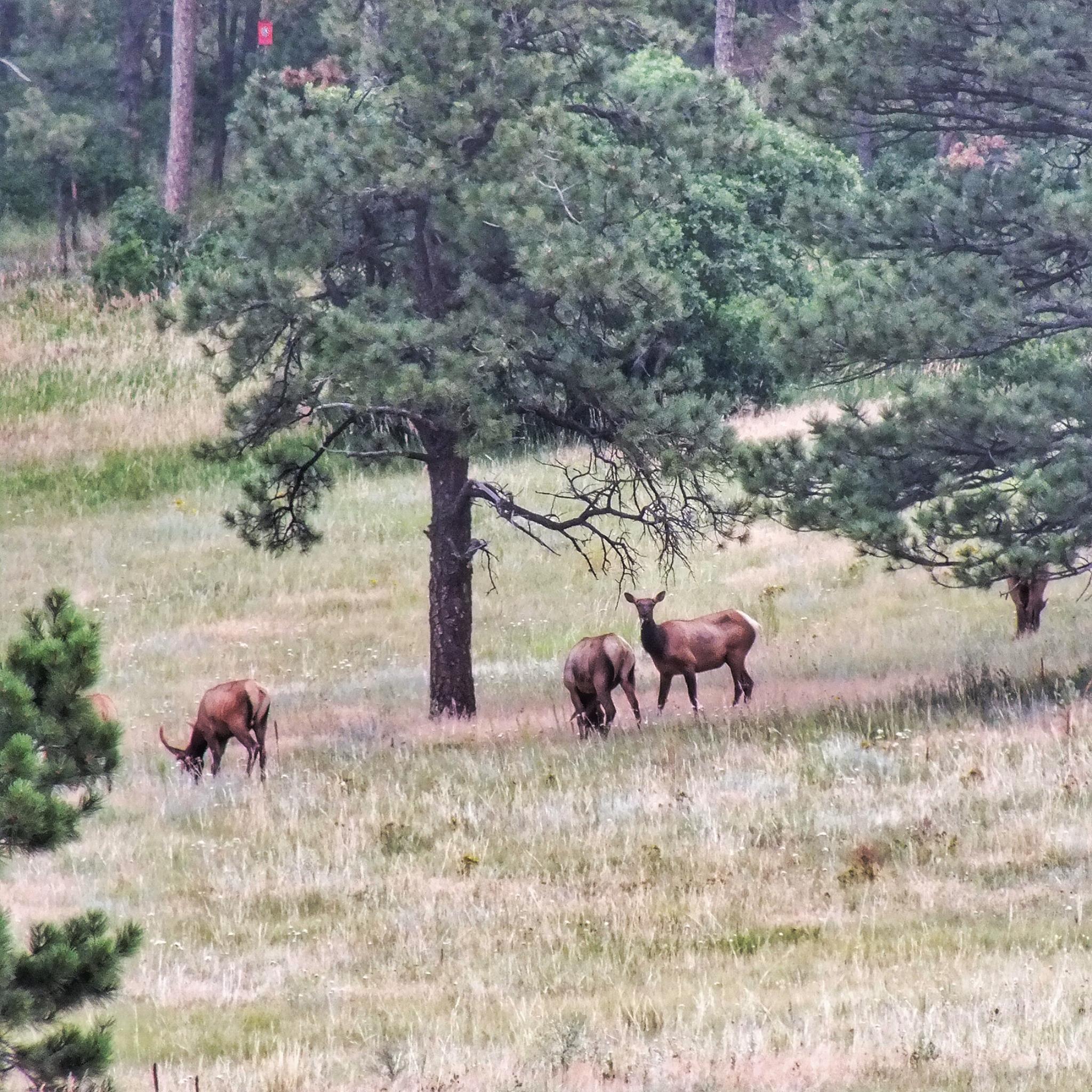 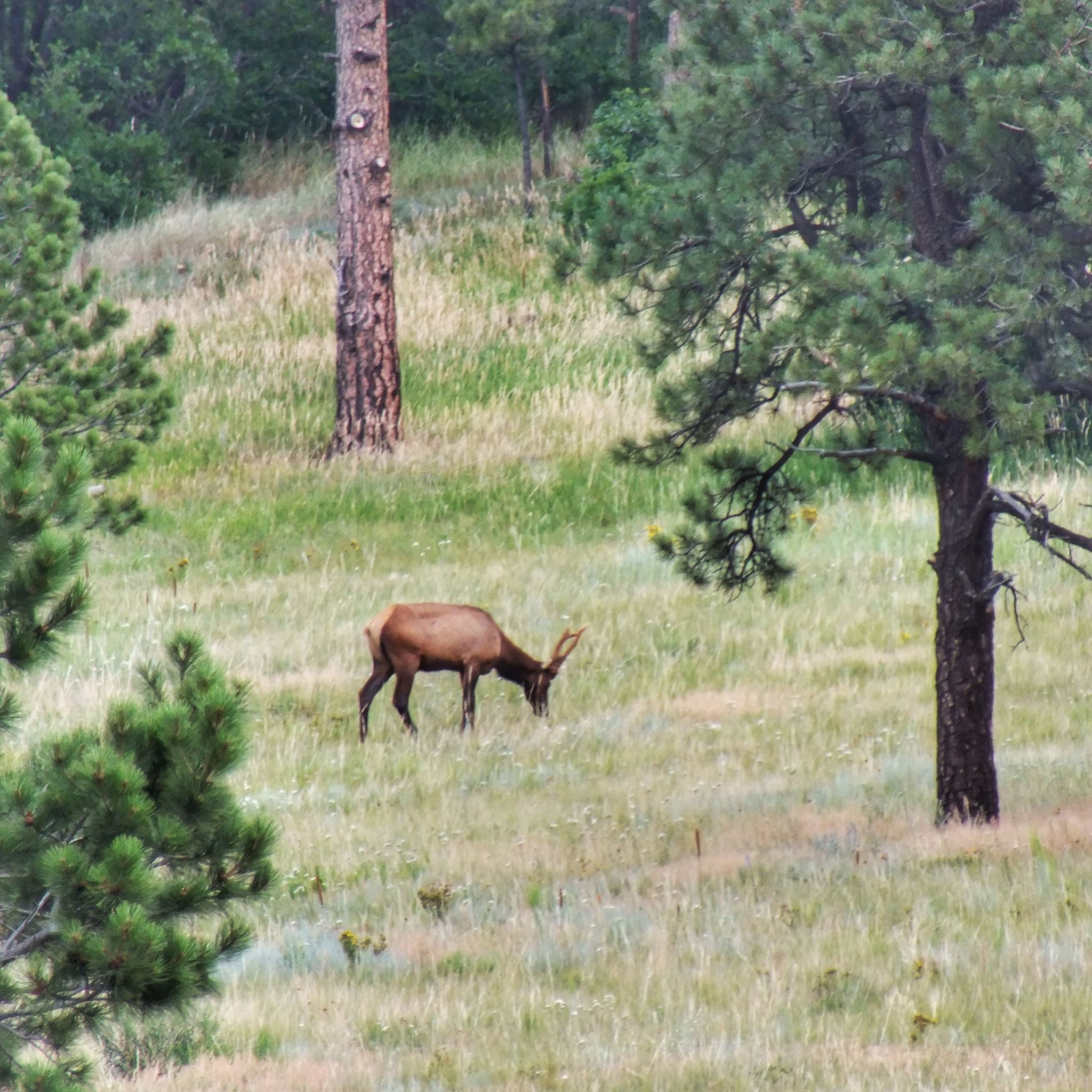 I spotted four Wild Turkeys in a pasture a mile or so later.