We knew going in that this place was going to be cheesy. But in the interest of seeing what our new hometown has to offer, we decided to visit anyway. I was smart enough to find a coupon online that saved us $2. 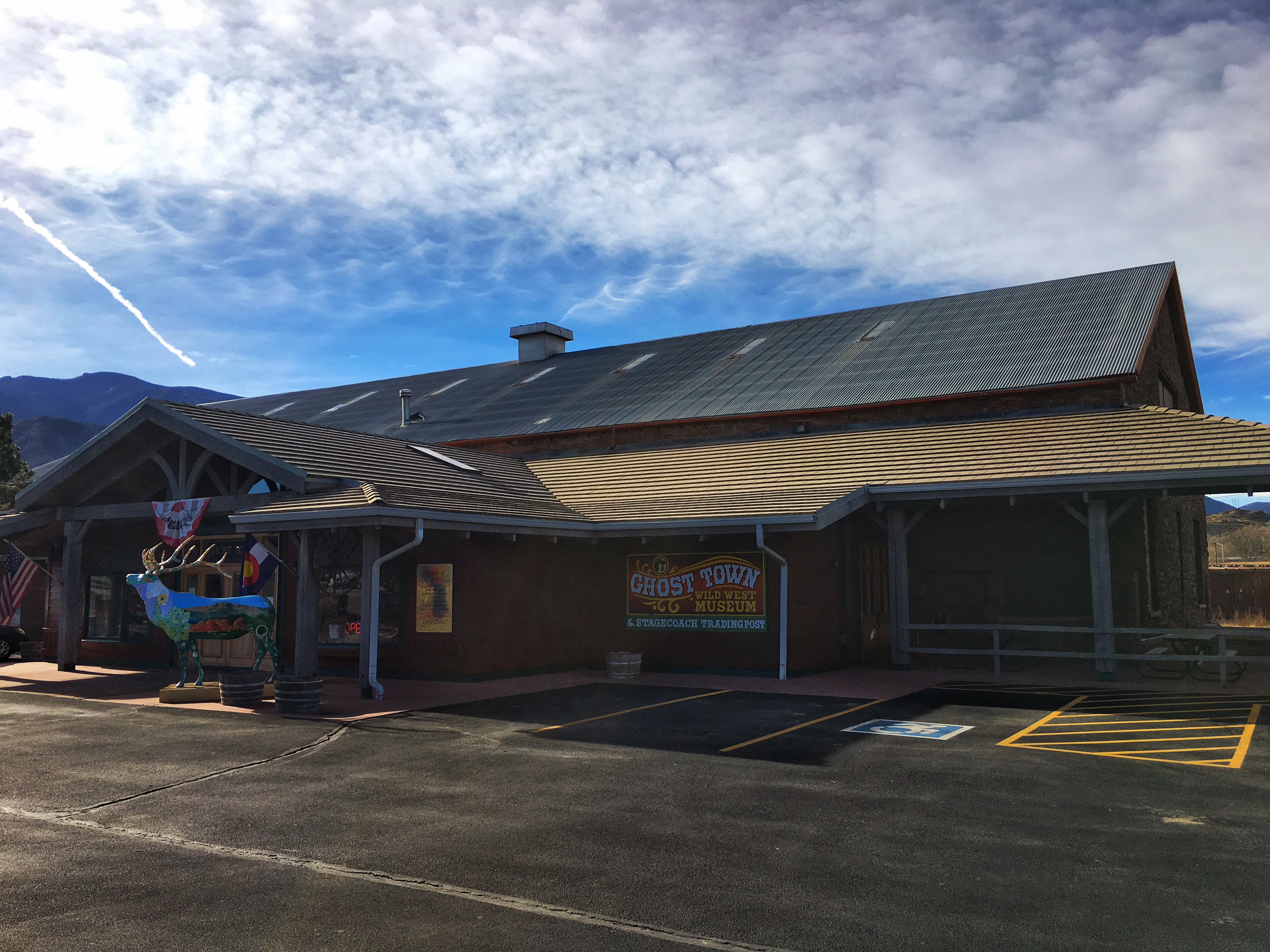 The most interesting thing about the museum is that it’s housed in an old railroad shed from the late 1800’s. Across the parking lot, a roundhouse from the same railroad now houses dentists and doctors.

It’s set up like an old western town, with the sort of businesses and buildings supposedly found in mining communities—a livery stable, a rooming house, a general store, a saloon, etc. All of them were filled with a totally random mix of artifacts from the 1860’s or so through the 1940’s and maybe even later. How much of it was authentic, I have no idea. Anyway, with very little commentary, here’s what there was to see. 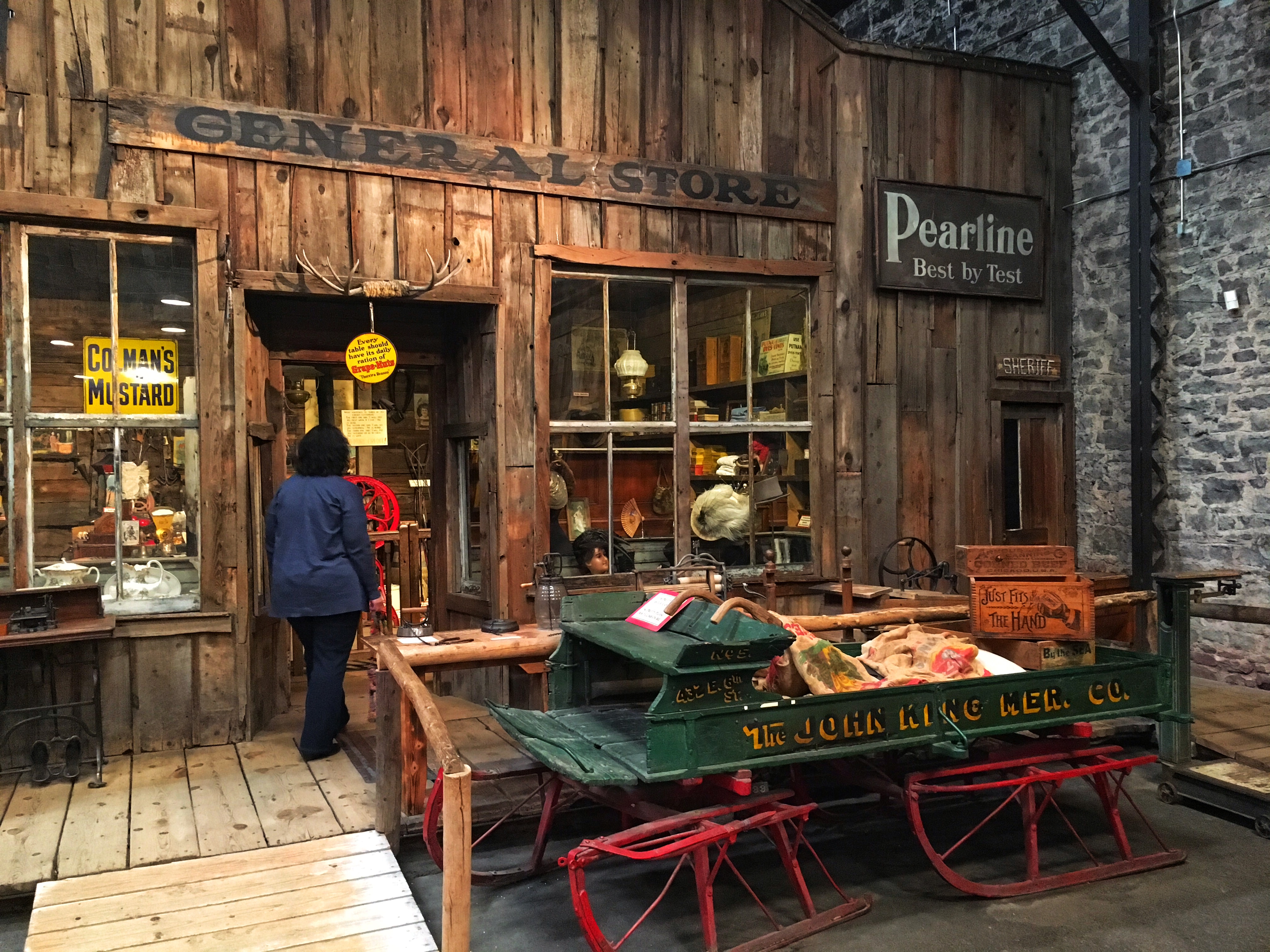 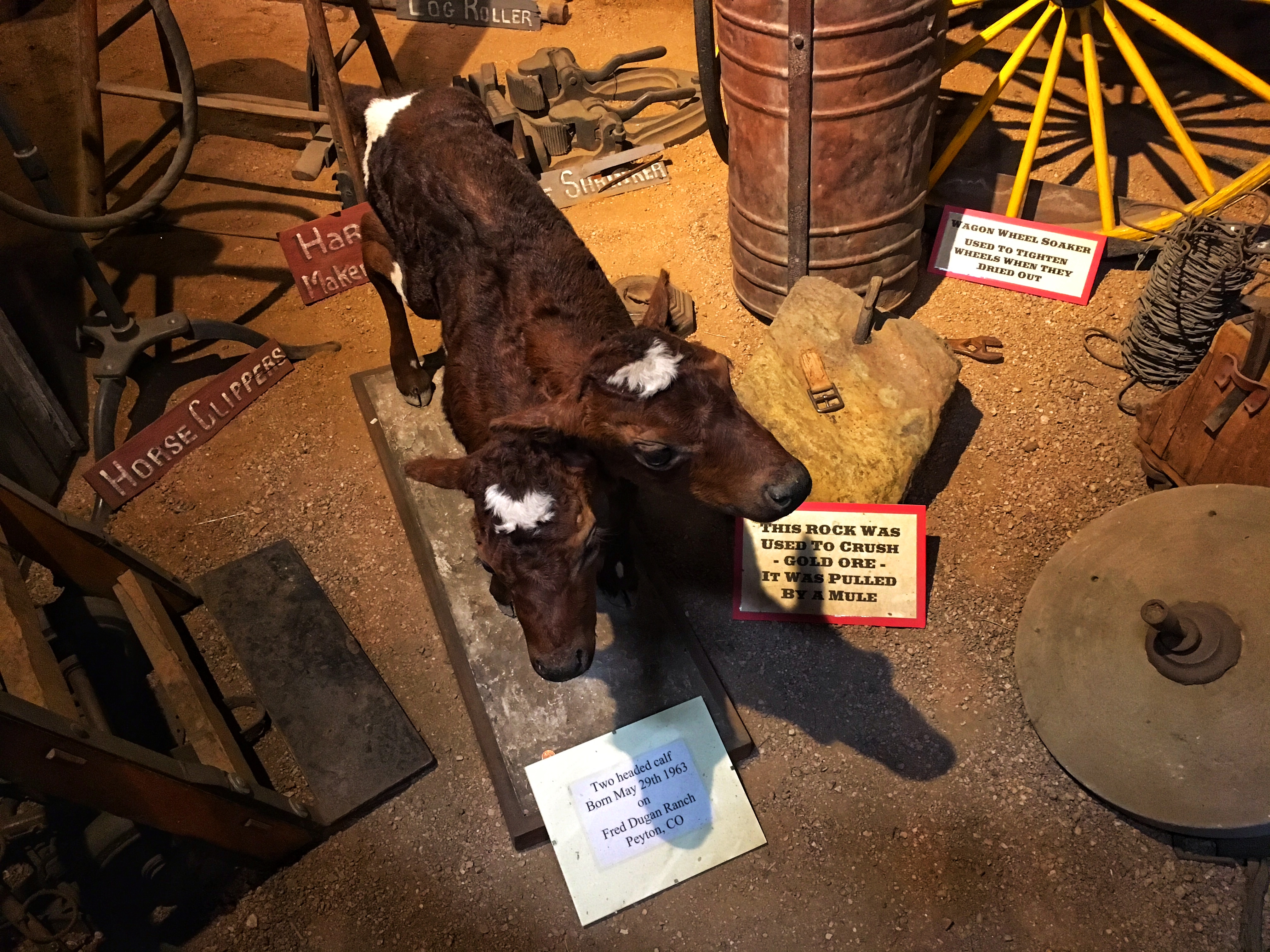 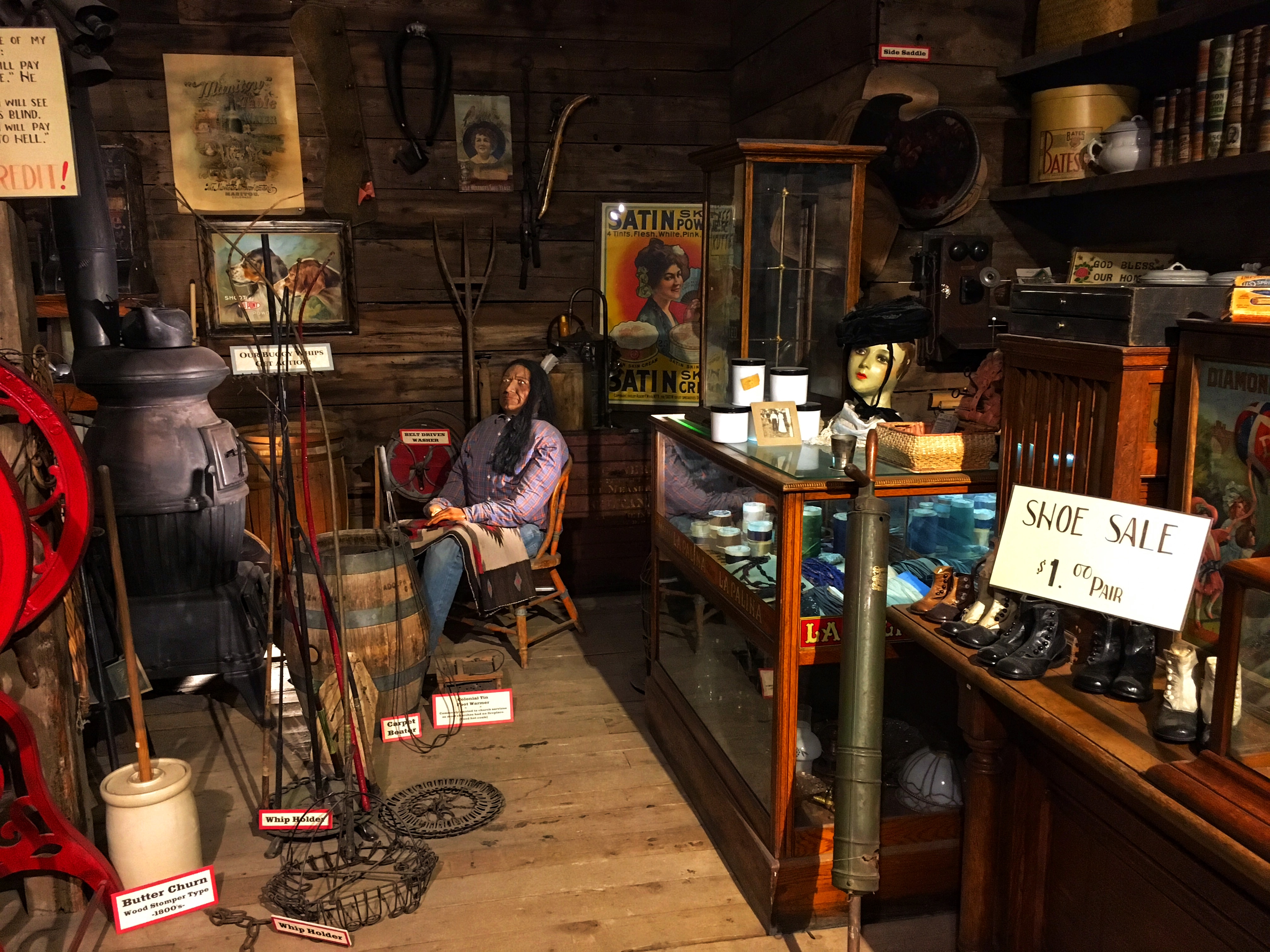 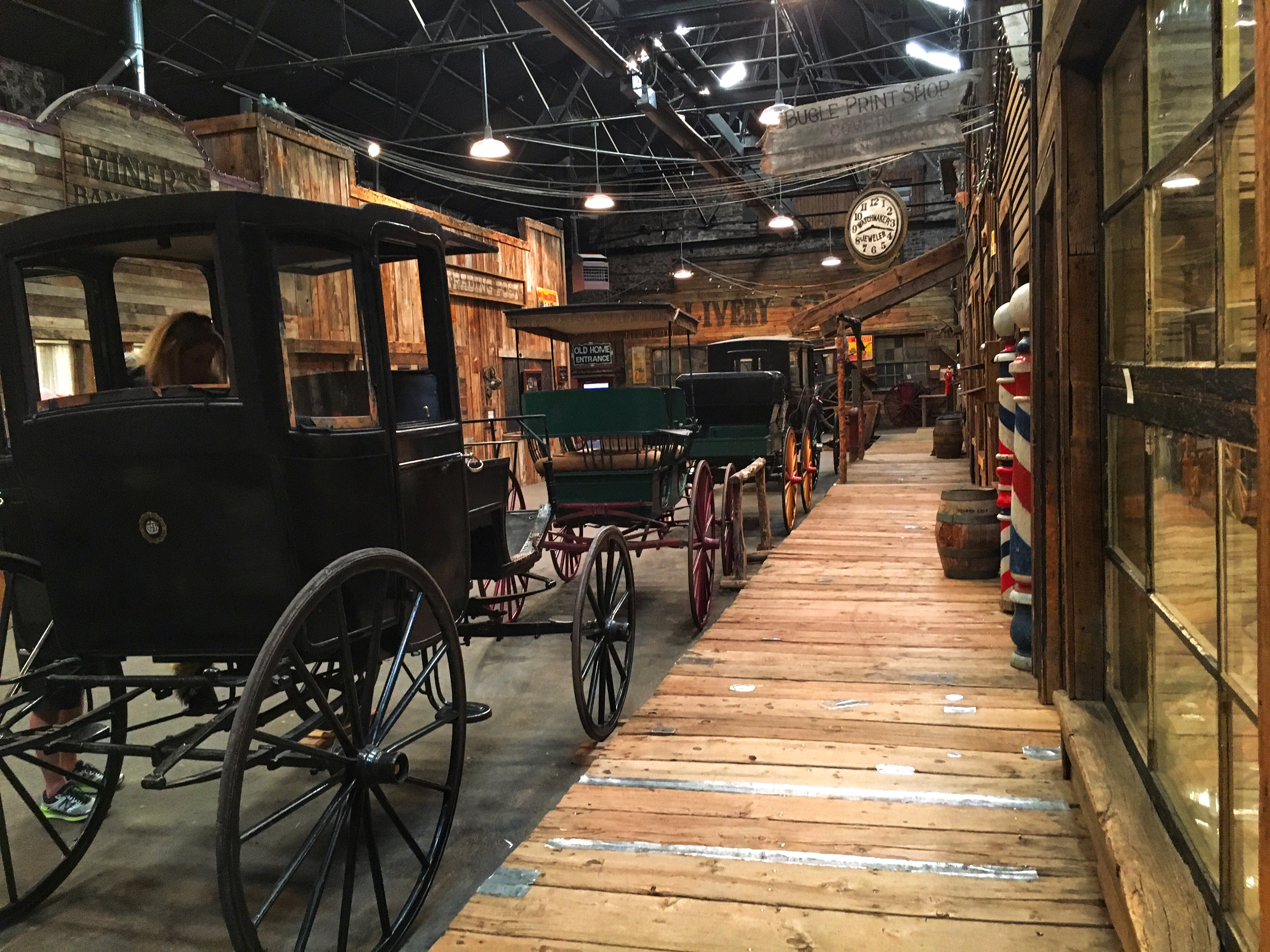 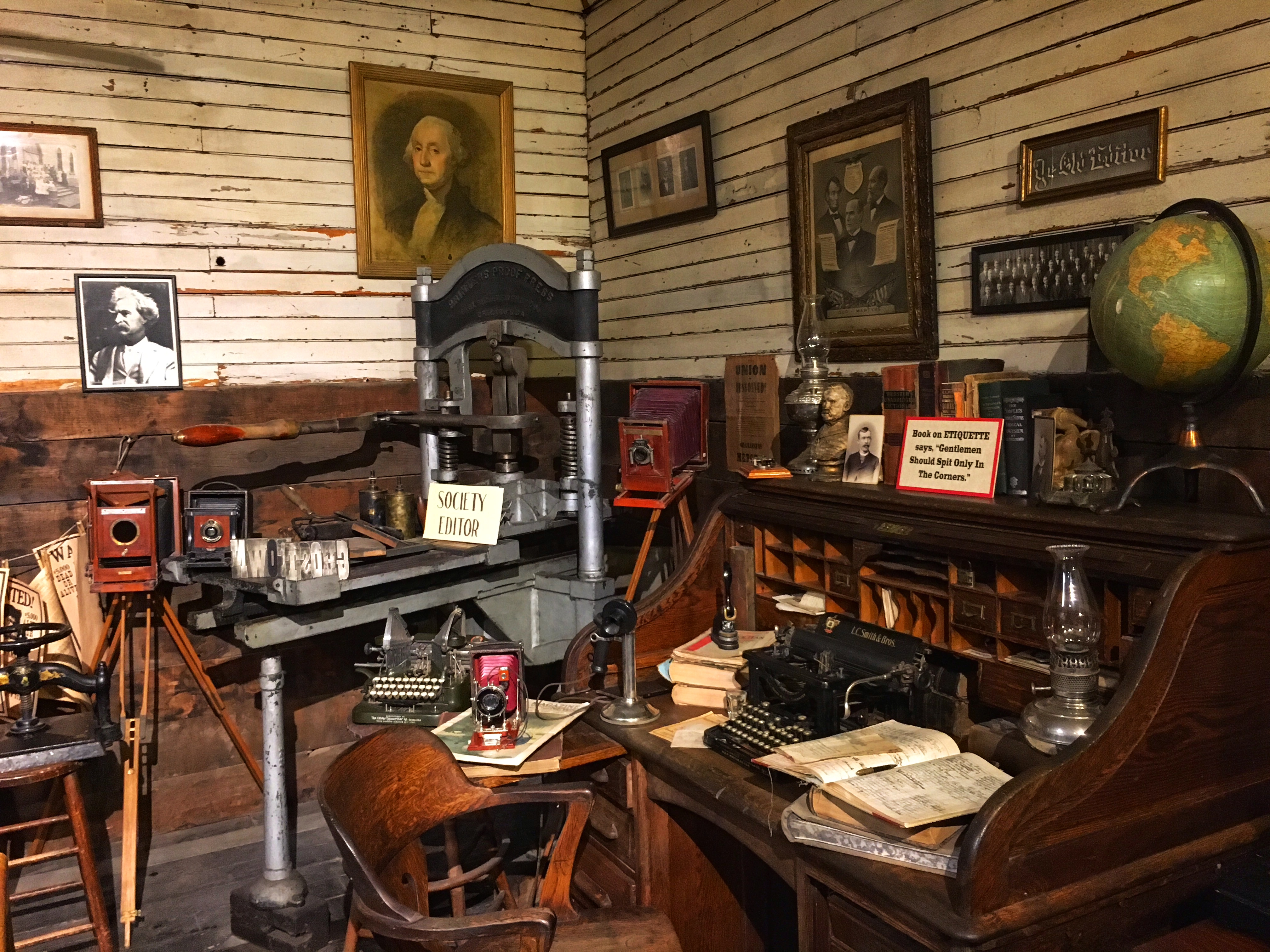 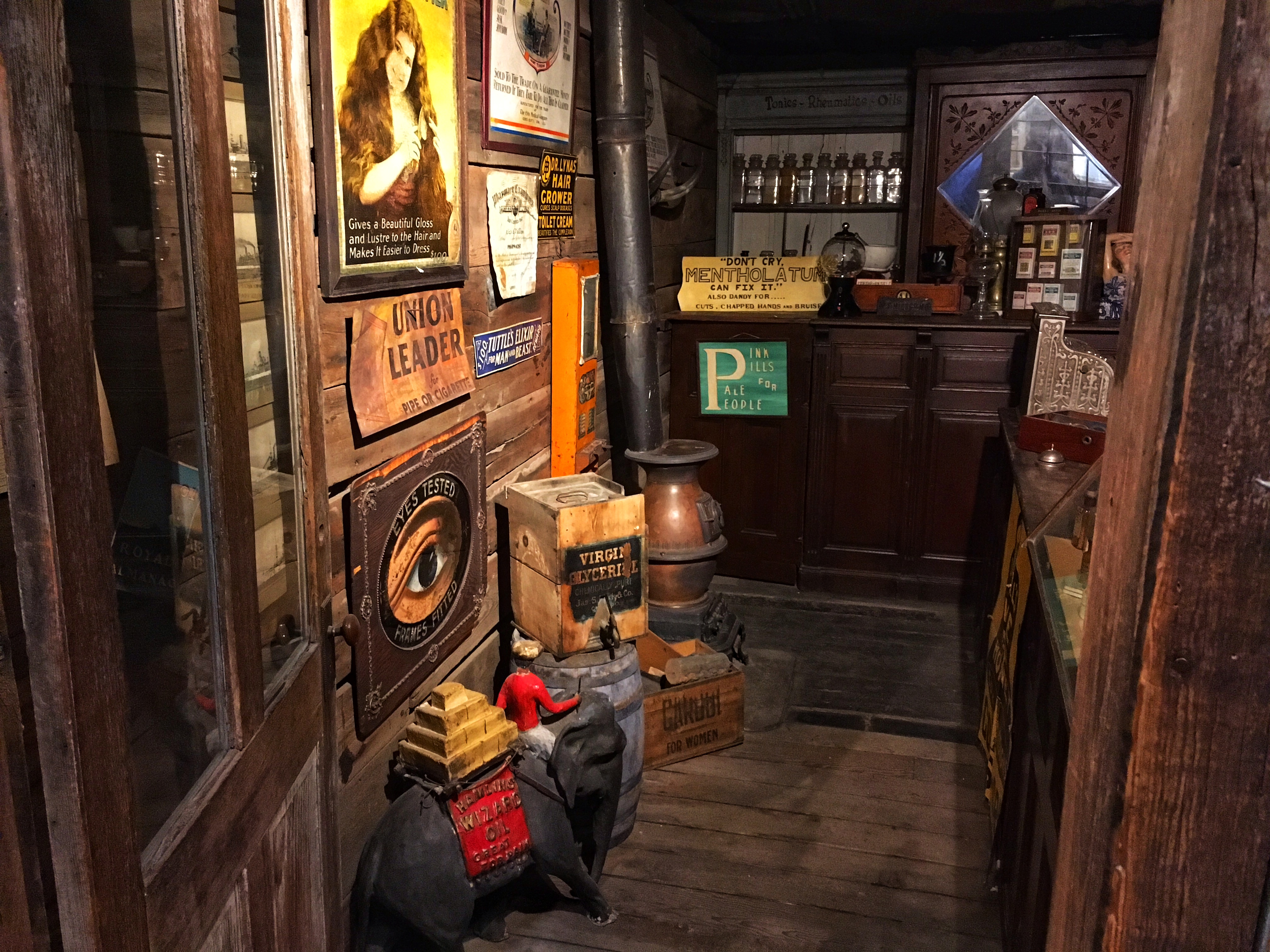 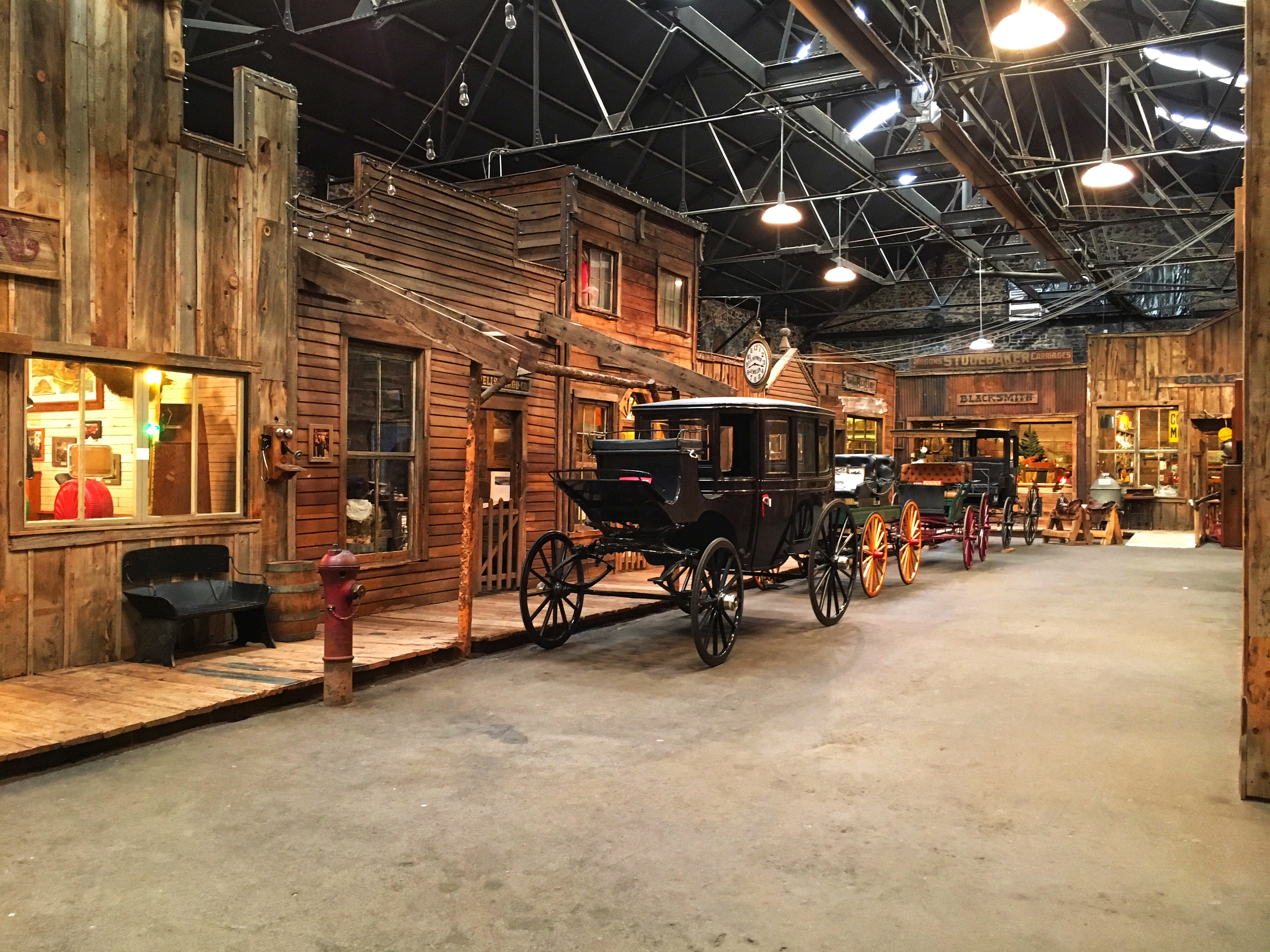 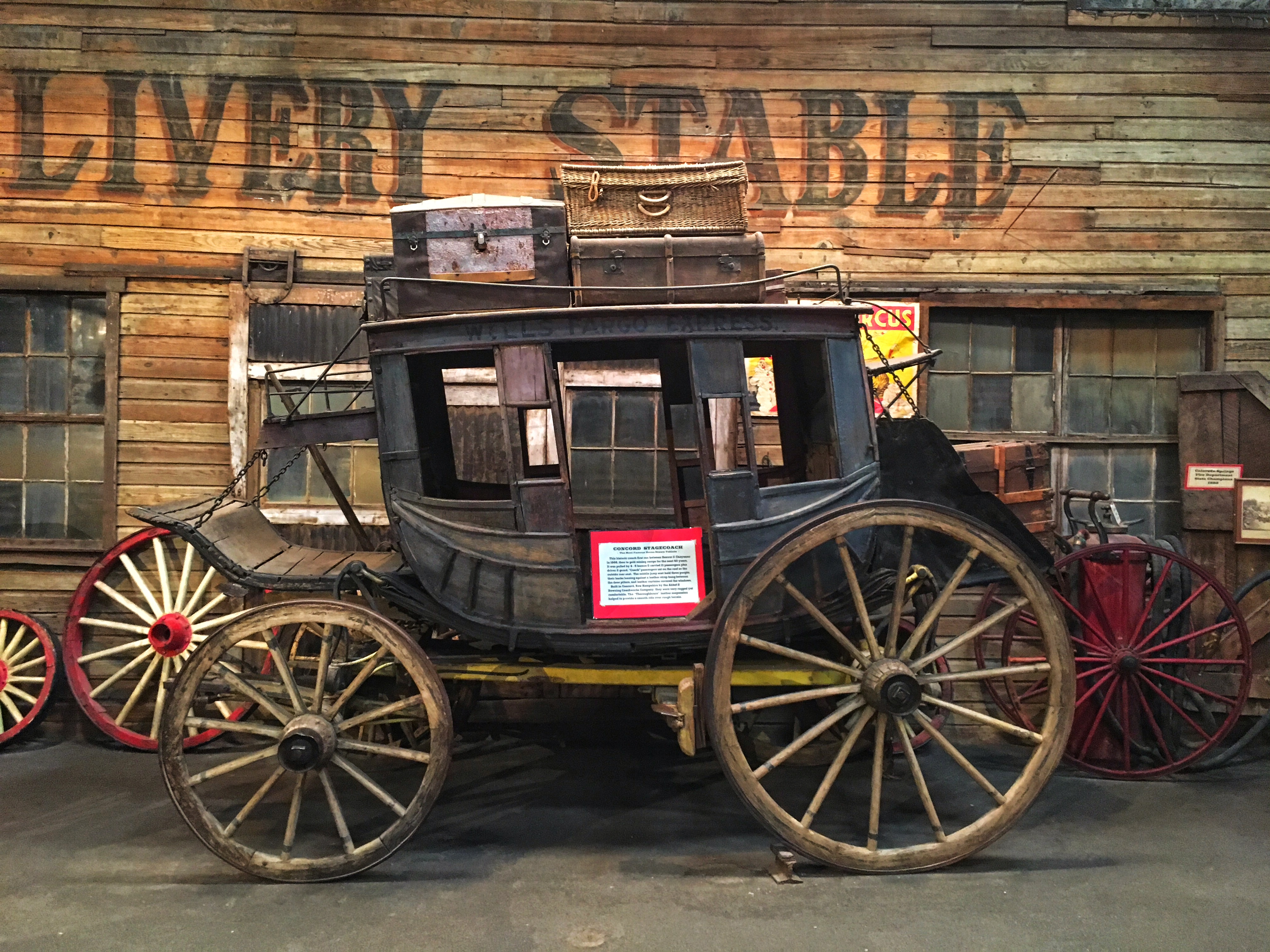 In a separate building we discovered a long hallway with windows into a typical home—sorta. Every room had a woman and a child except for one that had a doctor on a house call with a child. There was a bed that supposedly belonged to Chester A. Arthur, which is so ridiculous a claim that I imagine it’s actually true. Scattered through the rooms were 3D pictures that showed cowboys from one angle and skeletons from another. There were also funhouse mirrors and coin-operated pianos and peep shows.

We’ve been to dozens of places like this over the years, nearly all of them done better. But we had fun enjoying the randomness and cheesiness. Another family that was touring at the same time thought it was “so cool.” It’s all a matter of perspective, I guess. We agreed that we don’t need a second visit.