Just before dawn on the last day of December, the moon put on a show. It was a blue moon, which just means that it was the second full moon in the month. This doesn’t change the way it looks in any way. Next, it was a super moon, which means that the full moon occurred during the part of the moon’s orbit when it was closest to the earth. This was also not exciting since it only looks 10% larger than it does when it’s at its farthest point. As one guy online said, “If Superman is only 10% stronger than the average guy, then I’m OK with calling this a super moon.”

But it was also a full lunar eclipse, and that was worth getting up early to see. But not too early. I set my alarm for 5:30, when the shadow of the earth was already a bit more than halfway across the moon. Fortunately, my study window faces west, so I only had to walk into the next room. It looked like this. 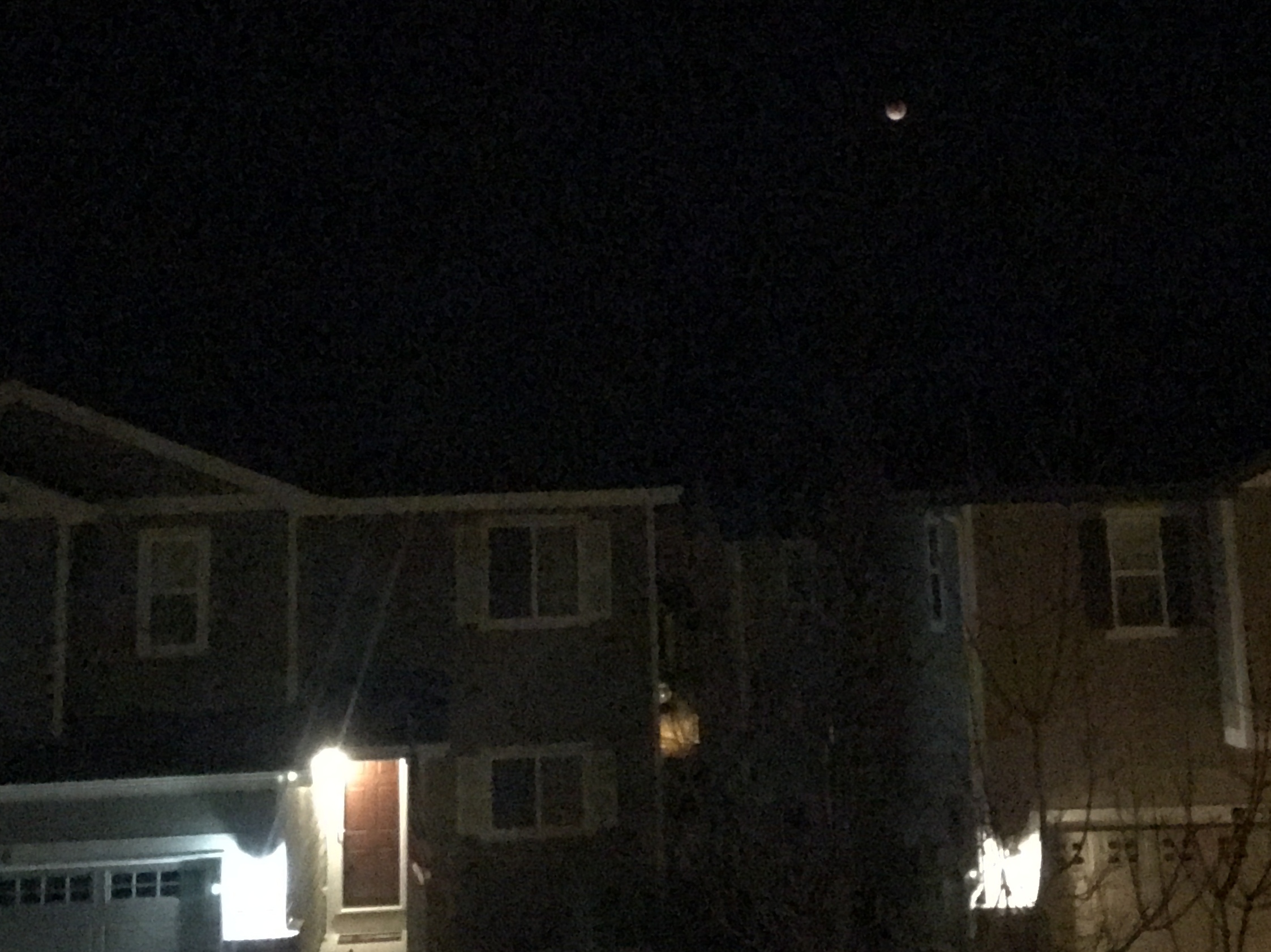 I took photos and video with my camera and with my phone. 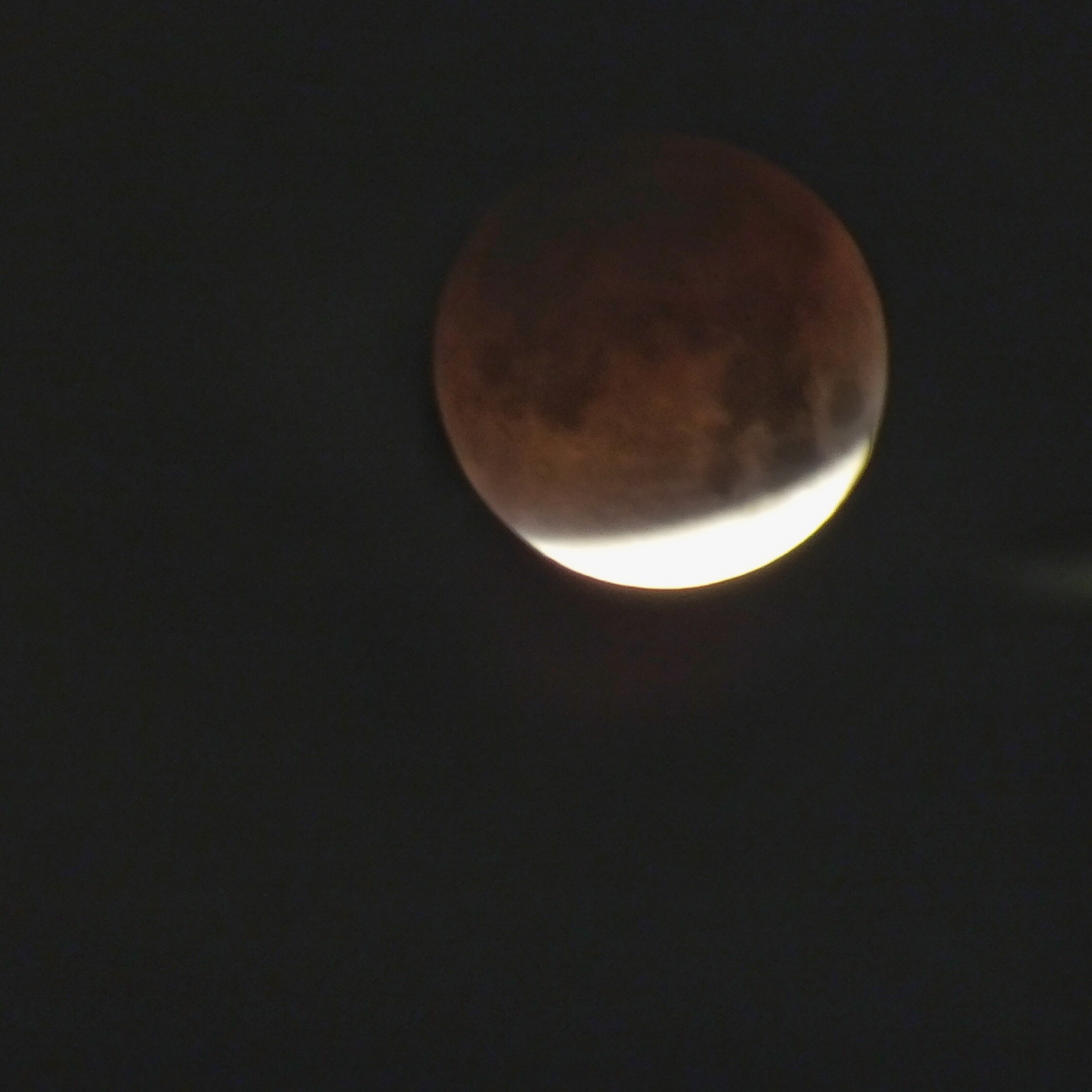 Things were going along swimmingly until the moon was entirely in the earth’s shadow. At that point, my camera decided it couldn’t be bothered to focus any longer.

The photos of the total eclipse were taken with my phone held up to my binoculars. The reddish color is the reason it’s called a blood moon. I have to conclude that the effect is more impressive at times.

It wasn’t too long after this that the moon entirely disappeared in some clouds hanging over the mountains. By that time, it was getting light. Definitely worth half an hour less sleep.

This entry was posted in The Sky. Bookmark the permalink.