Denver Museum of Nature and Science

We spent Saturday in Denver. We arrived at the museum half an hour after it opened. We decided to do a thorough job of it, so we added Planetarium and IMAX Theater tickets to our general admission, which cost us $28.95 each.

We had about 40 minutes before the Planetarium show. We managed to make it about two-thirds of the way through Gems & Minerals. Apparently there’s a band of gem-filled mountains running diagonally across Colorado from just west of Denver. The displays of these gems—many of which were tossed aside as rubbish during the gold- and silver-mining days—were pretty amazing.

The displays also covered the gold and silver rushes. This nugget was about the size of my two thumbs. 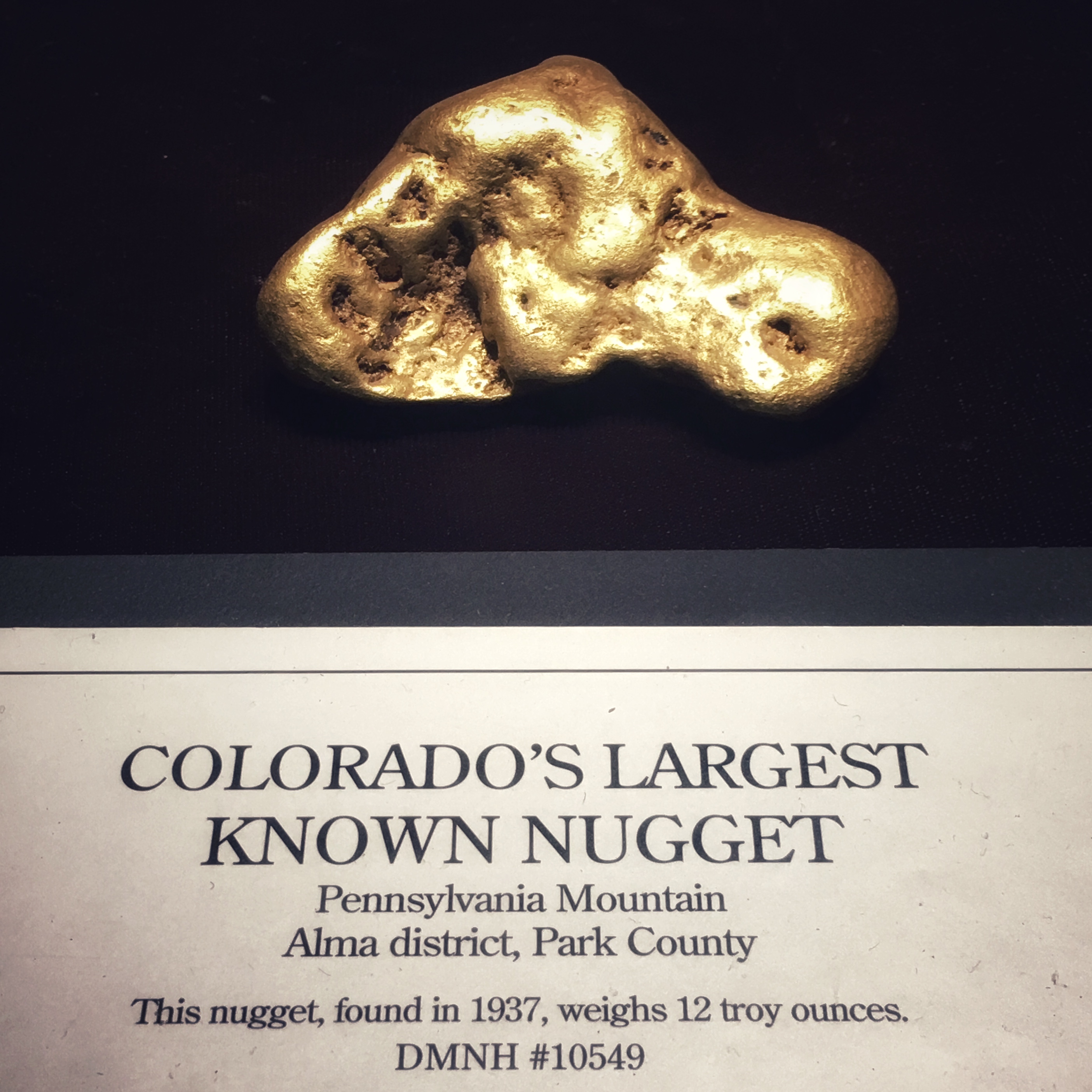 We picked a Planetarium show at random and ended up in one called Destination Solar System. It was shown on a domed screen above our heads. The guide in the theater kept up a running conversation with the “computer” that was supposedly flying our spaceship. As far as I could tell, he had the whole routine memorized, and he put a lot of enthusiasm and humor into it.

The show flew us out to the Moon, Mars, Jupiter, and Saturn and gave us details along with a lot of pretend drama. At one point, we supposedly got a piece of space ice stuck in our boosters and our guide disappeared and showed up on screen to get it out. As we left the theater, we got to touch the very piece of ice! We exited in the Space Odyssey exhibit which was mostly for kids but included some impressive displays, like a recreated Mars surface and a spinning globe.

We stopped for a drink in the cafe, then went back to finish Gems & Minerals. We then toured the several rooms of animal dioramas. There were a lot of these, and they were impressively done. Most of them had other animals and birds besides the featured creature, and we had fun trying to find them all. 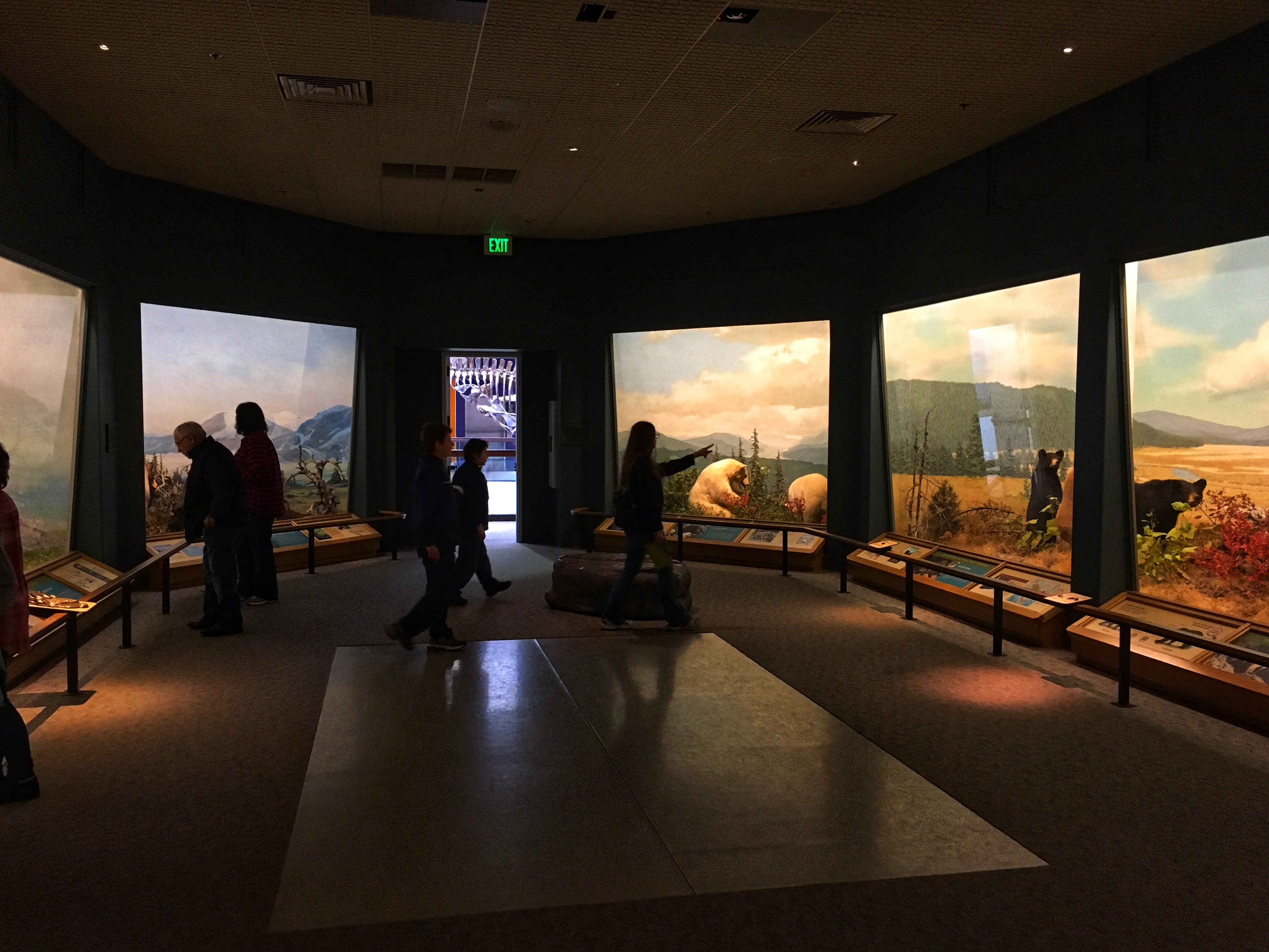 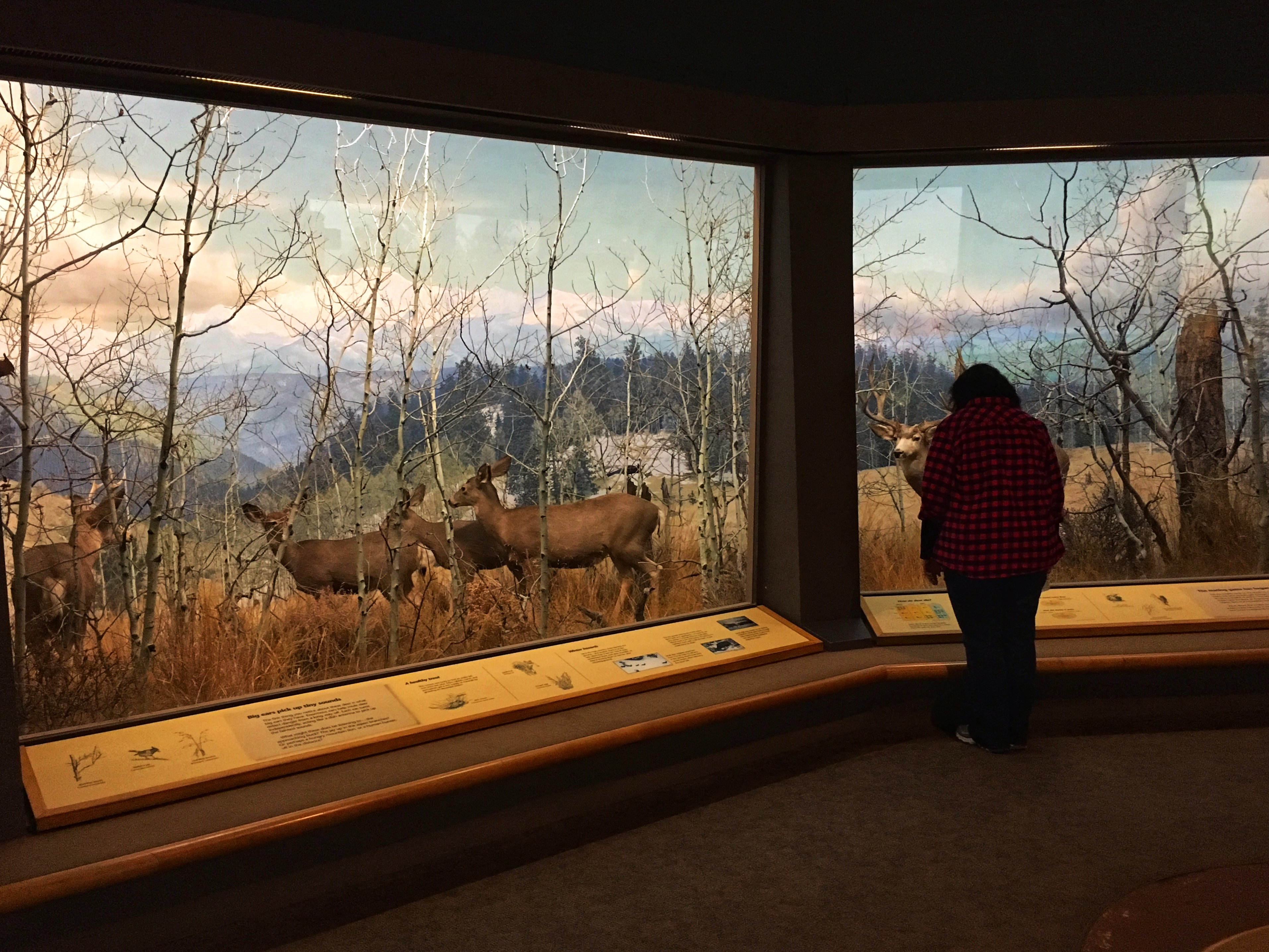 We didn’t make it through all of them before it was time to see the IMAX movie. We’d chosen Incredible Predators because it looked like the one with the least amount of preaching on evolution.

Anyway, the movie was great. We got 3D glasses, and I’ve never seen a movie that put it to better use. We saw bits on cheetahs, leopards, chameleons, spiders, and polar bears. For the most part, it showed the predators trying, and failing, to catch their intended prey. They kept telling us how often predators missed, but I’m sure it was partly to keep the kids in the audience from becoming traumatized by blood. The movie was often genuinely funny. One bit had a polar bear trying to sneak up on a basking seal. The seal sat in the foreground, oblivious, while the bear dove repeatedly under the ice to try to find a hole near the seal. We’d see the top of its head pop up in the background, now fairly close, now far off in the distance.

The exit dumped us into the middle of Prehistoric Journey, an exhibit filled with dinosaurs and fake science. We walked through quickly. The Egyptian Mummies exhibit was small. In a corner, there was a display on the things ancient Egyptians put inside graves to take with them to the afterlife. We were invited to make a list in a book of what we’d take to the afterlife. One person wrote, “I would take a cross, food, fresh water, suitcase of clothes, Halloween outfit.” And that was one of the more intelligent answers.

There were more dioramas upstairs. These featured birds. Here’s part of one with three kinds of eiders and a Brant. 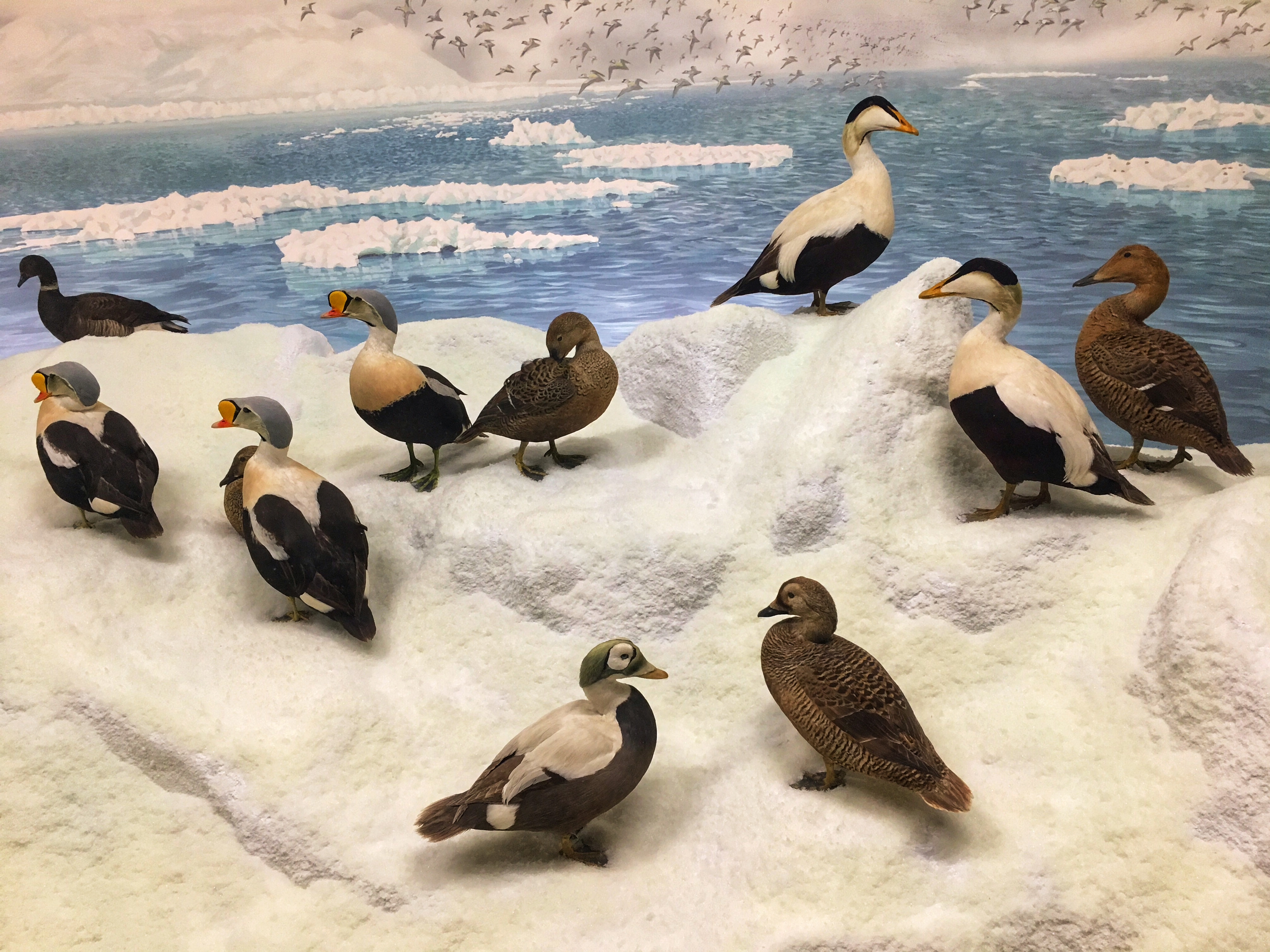 Another small display featured gemstone carvings by a Russian artist. Some of these were a bit risque, but they were impressive. 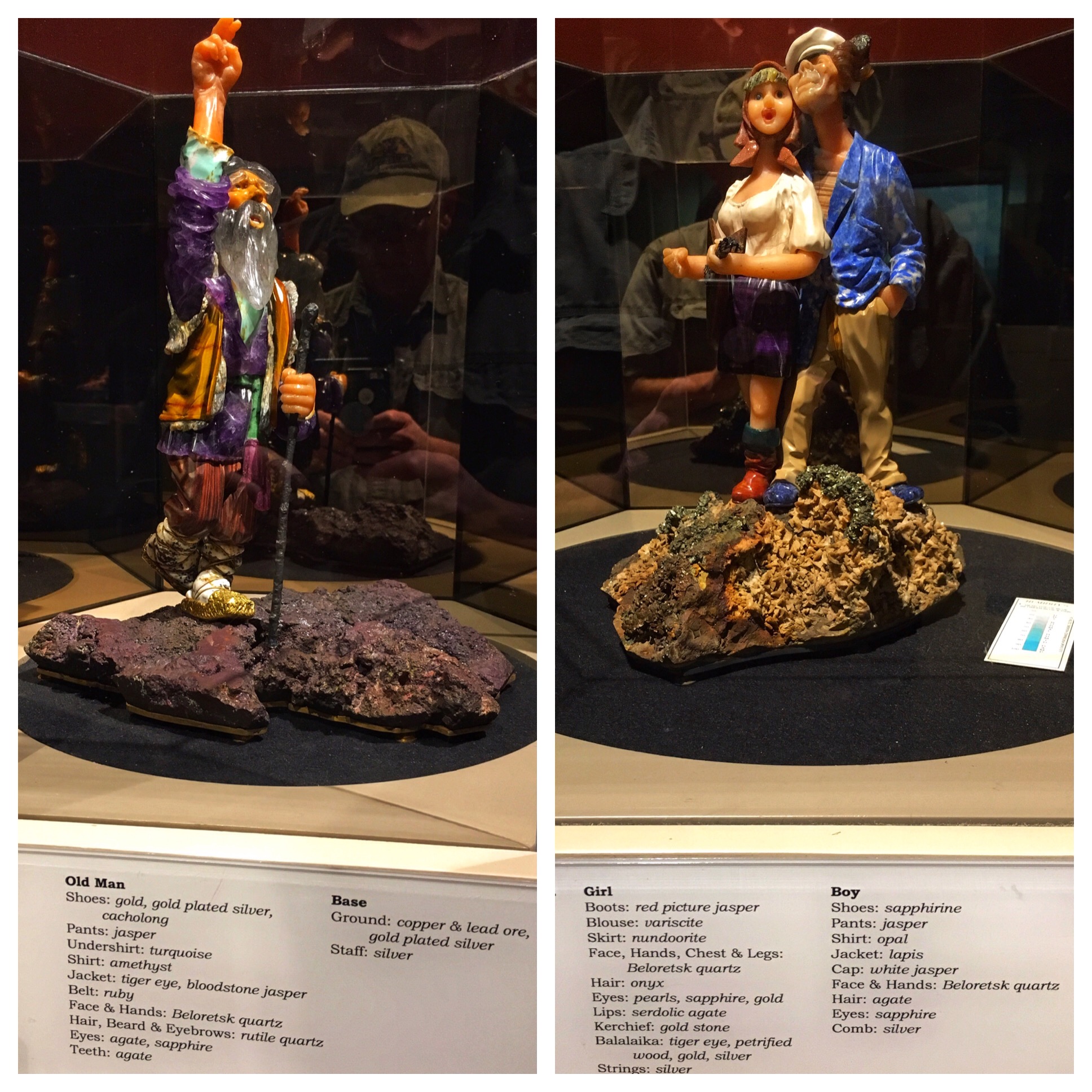 We made a fairly quick tour through North American Indian Cultures. My wife’s favorite exhibit was a reproduction of the inside of an igloo. Mine was this ridiculous piece of soapstone. Why? Just why? There has to be more to this story. 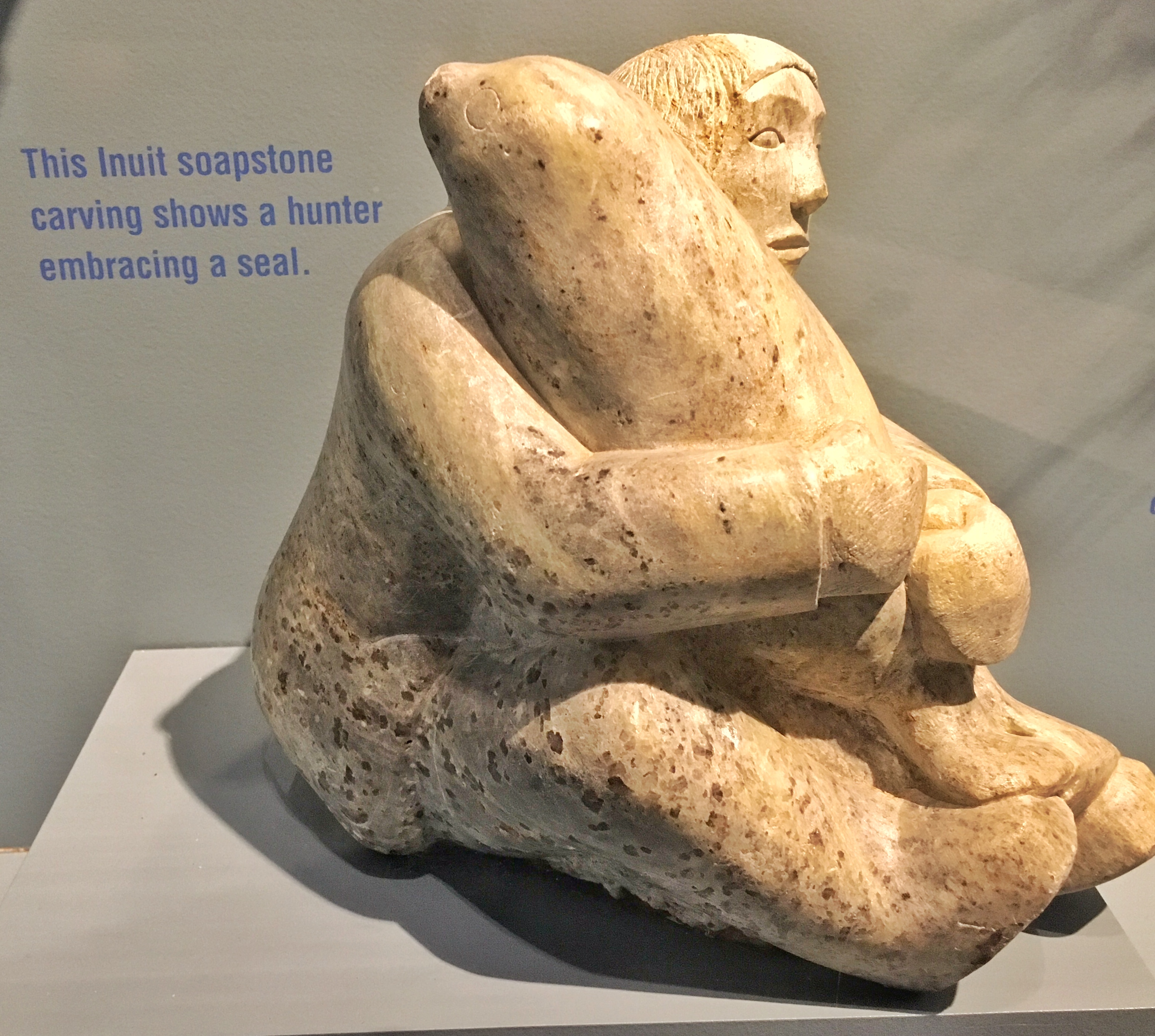 There was an atrium on the west side of the museum that looked over the park, downtown Denver, and the mountains. 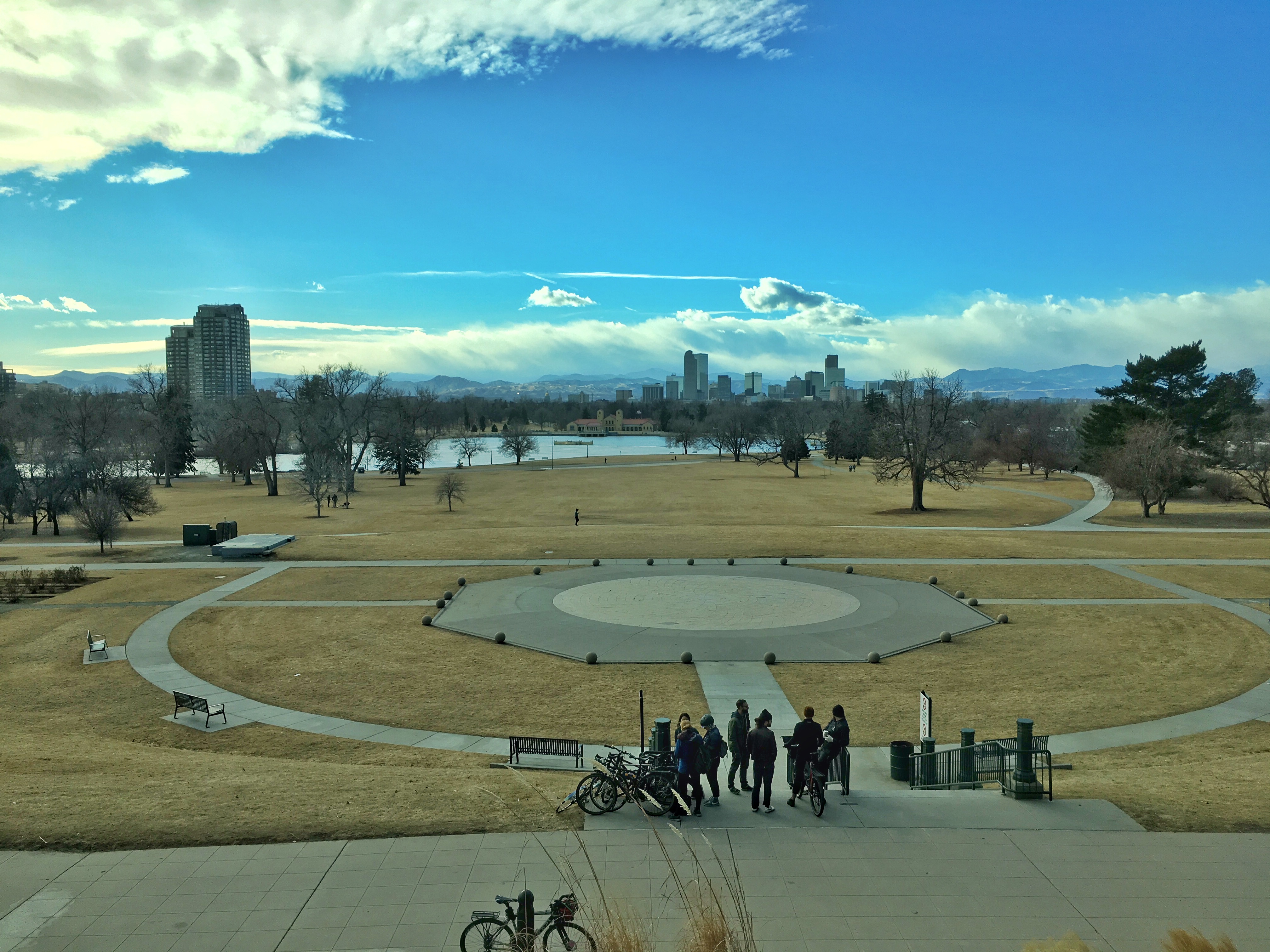 In six hours, we’d done what there was to do and seen what there was to see (some of it at a brisk walk, it’s true). We both agreed that the museum was very well done and that, although we didn’t need to return, we wouldn’t mind if we did.