A friend and I headed into the city for a day of adventure. We rode down on the Metra, then walked across the Loop and caught the red line north to the Sheridan stop. We walked about half a mile to Graceland Cemetery. The very kind woman in the office gave us a map and sent us on our way.

It was a poor choice of days — as humid as it could possibly be with frequent rain, but we had the cemetery to ourselves. We found almost all the graves of famous people, many of whom we had never heard. But they were on the map, so they must have been famous. 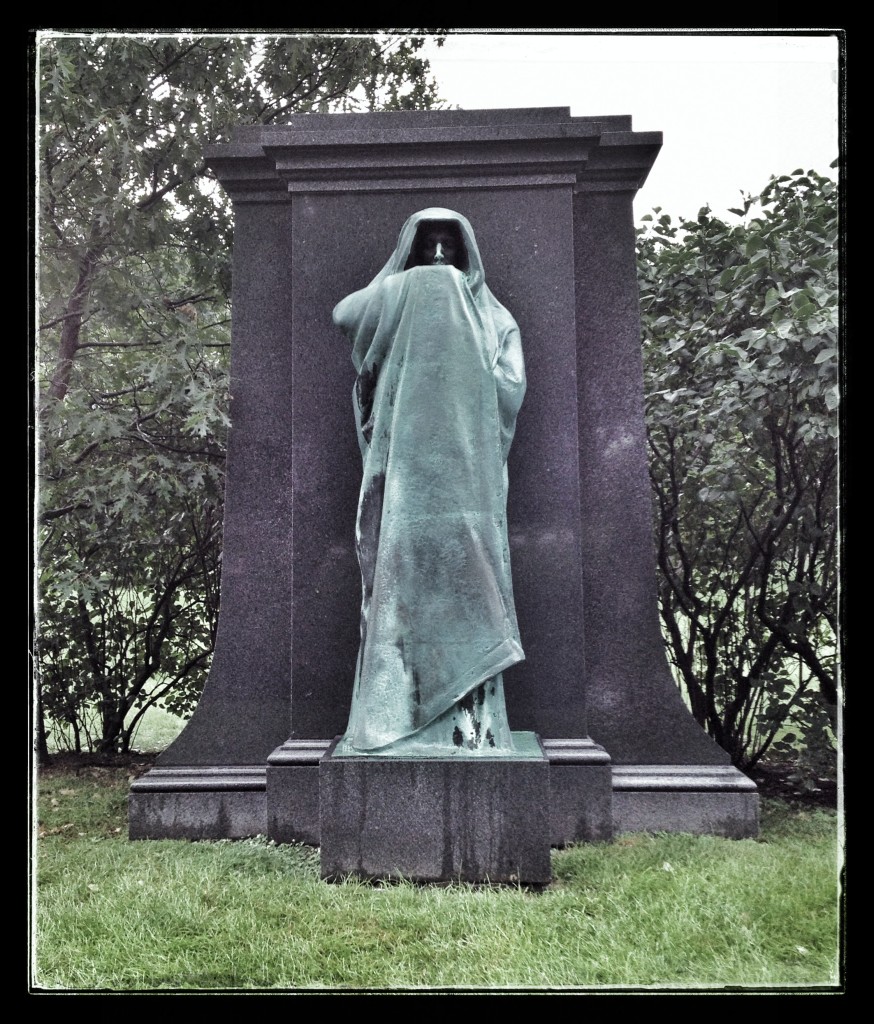 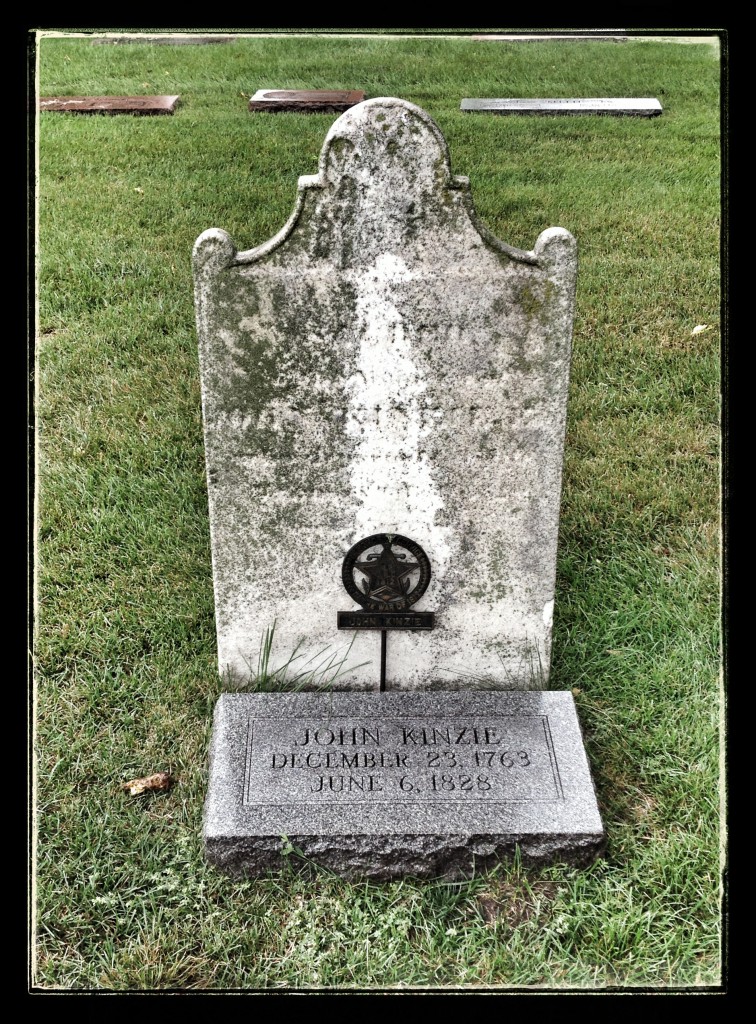 On the east side of the cemetery, there were a lot of fancy tombs. I kept thinking that no matter how impressive the tomb, the guy buried there is just dead. 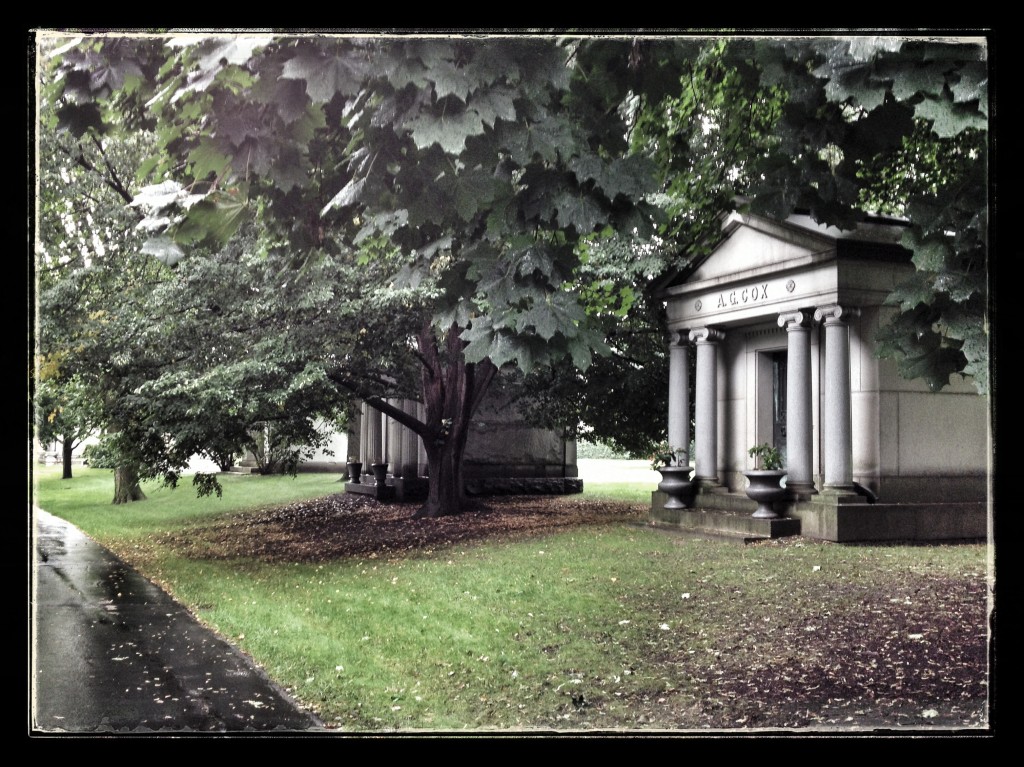 I held my camera up to the window of one of them. It looked like this inside: 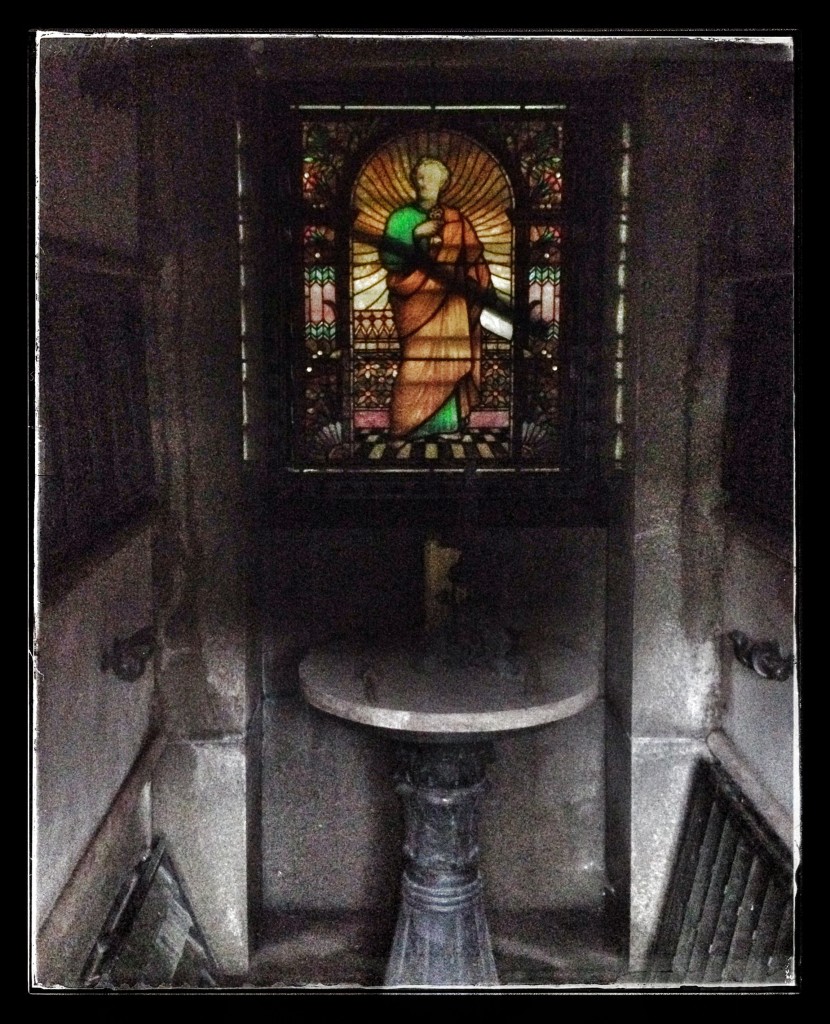 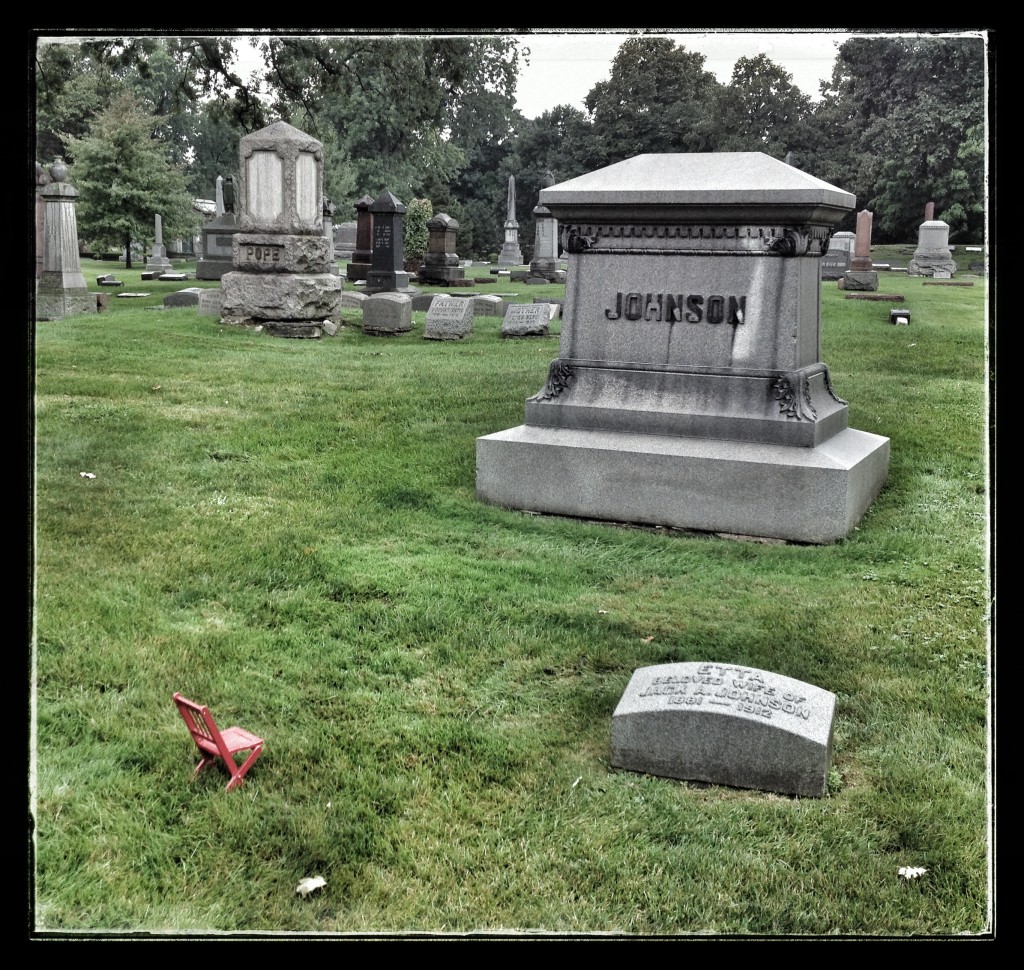 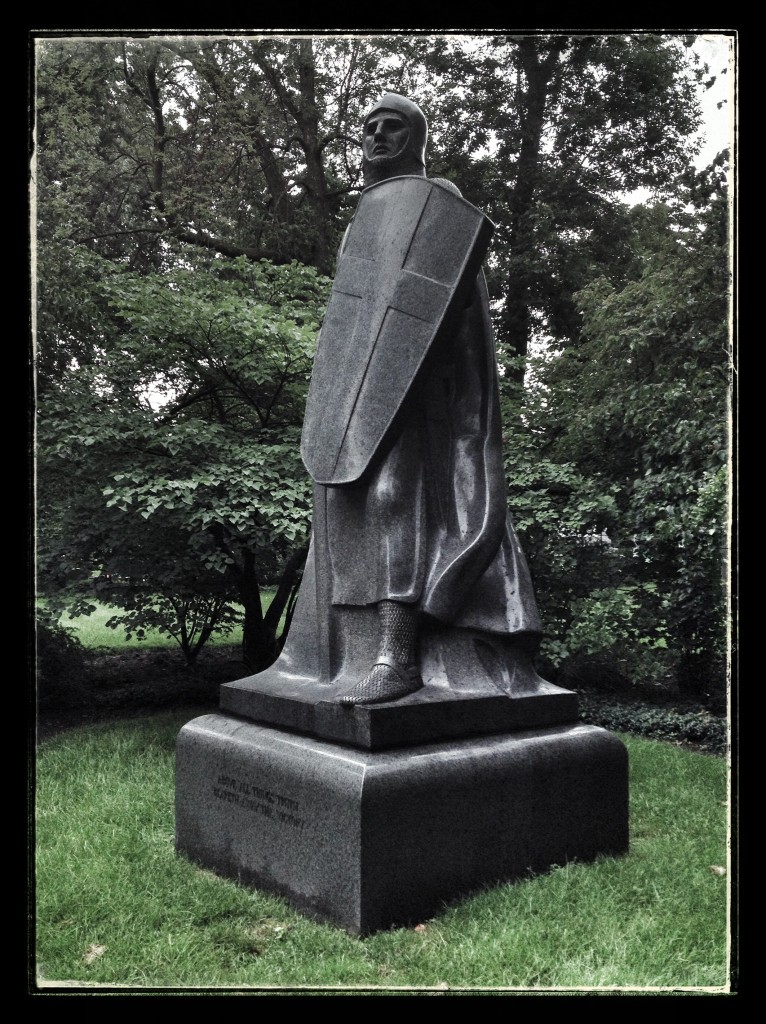 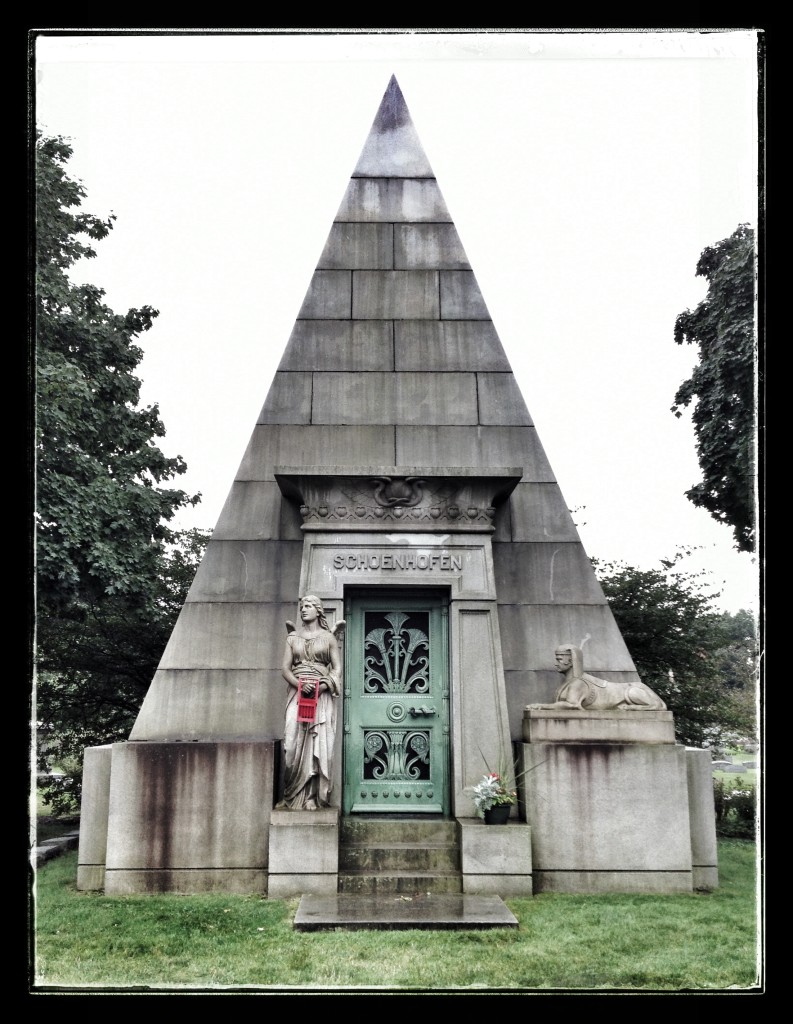 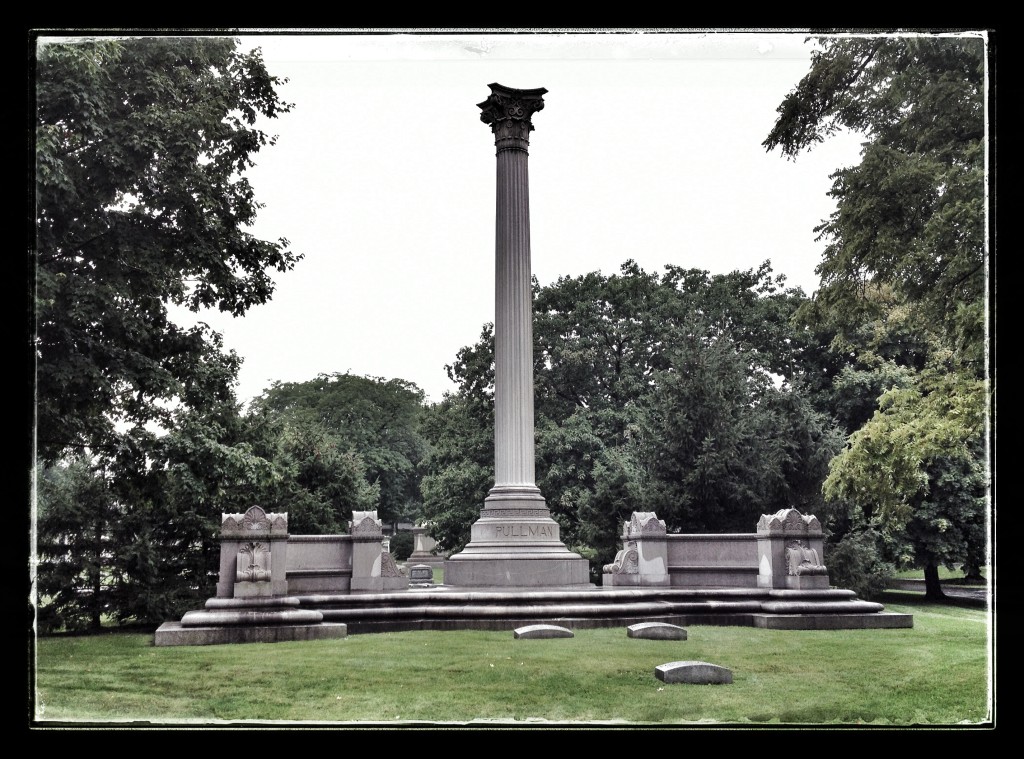 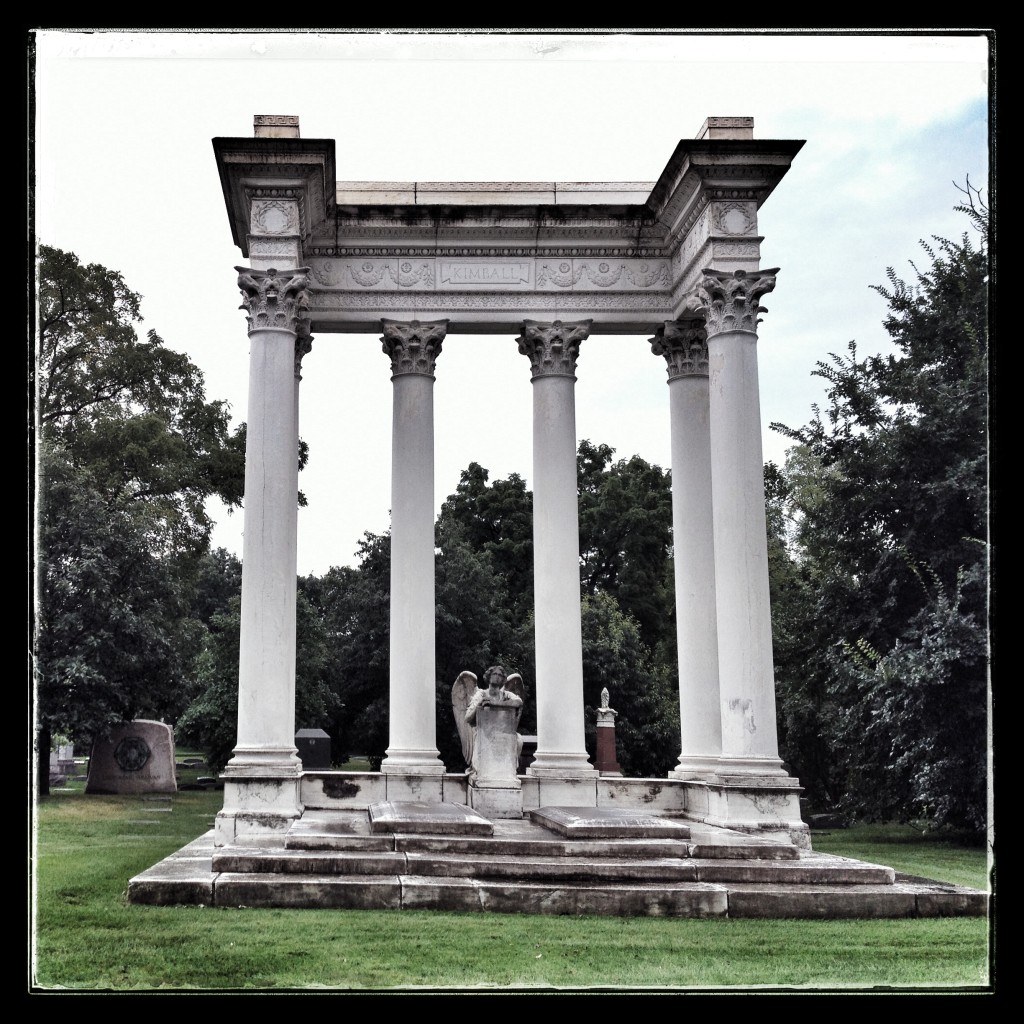 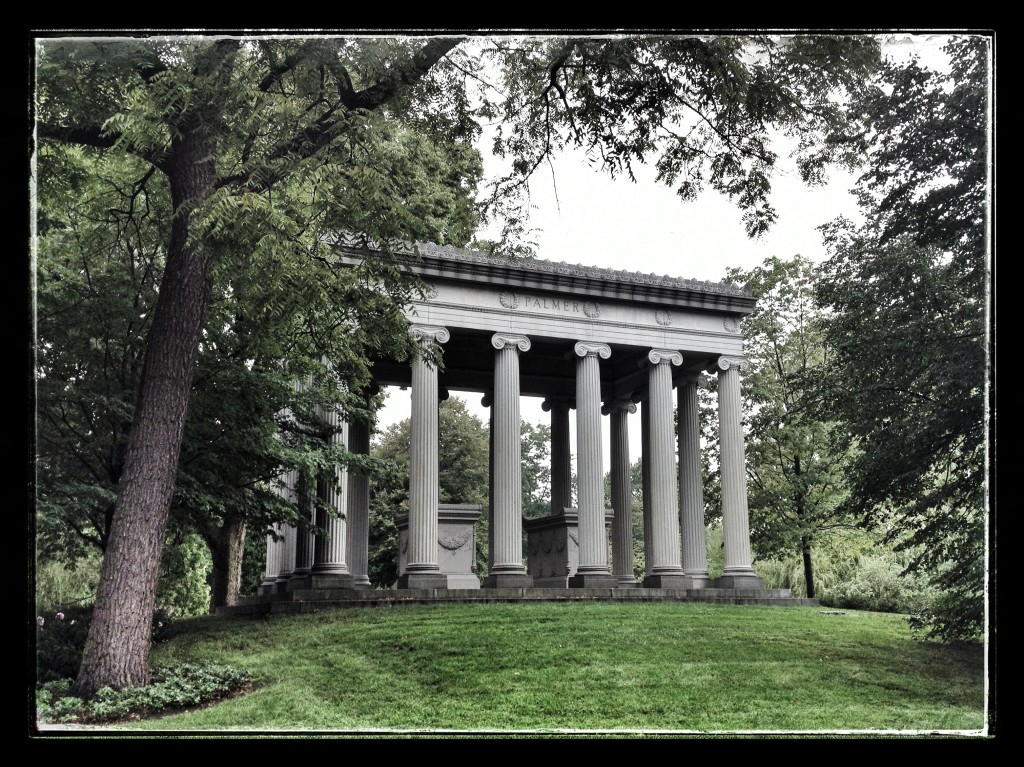 John Altgeld (1847-1902) — Lawyer and judge, Governor of Illinois who pardoned the Haymarket anarchists 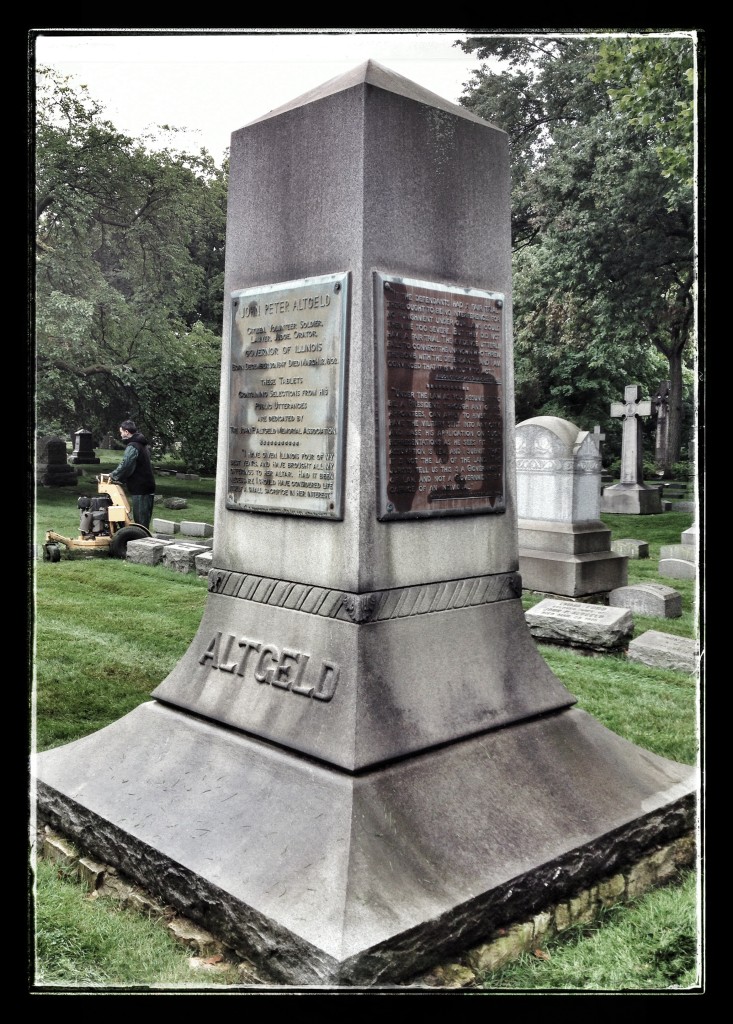 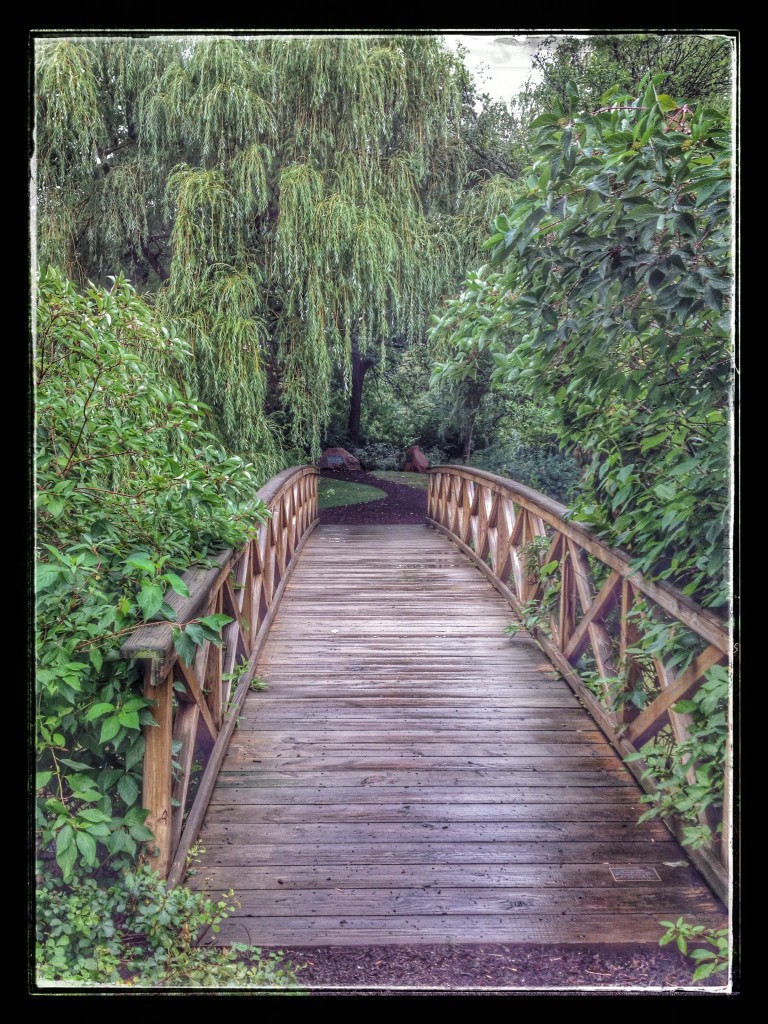 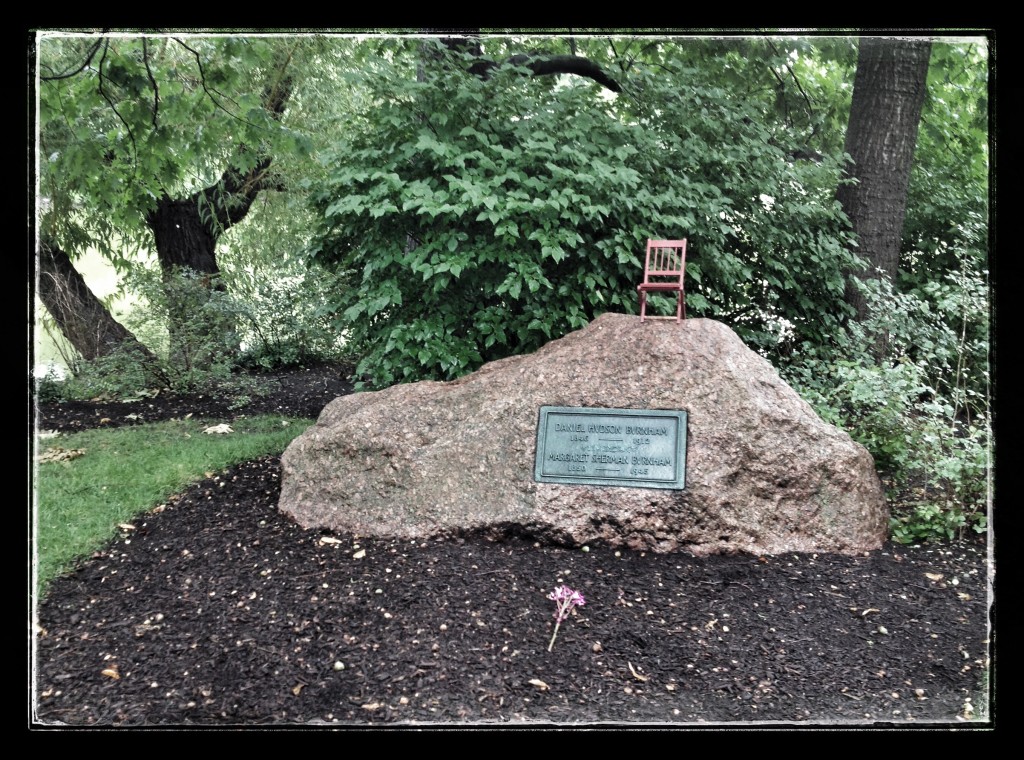 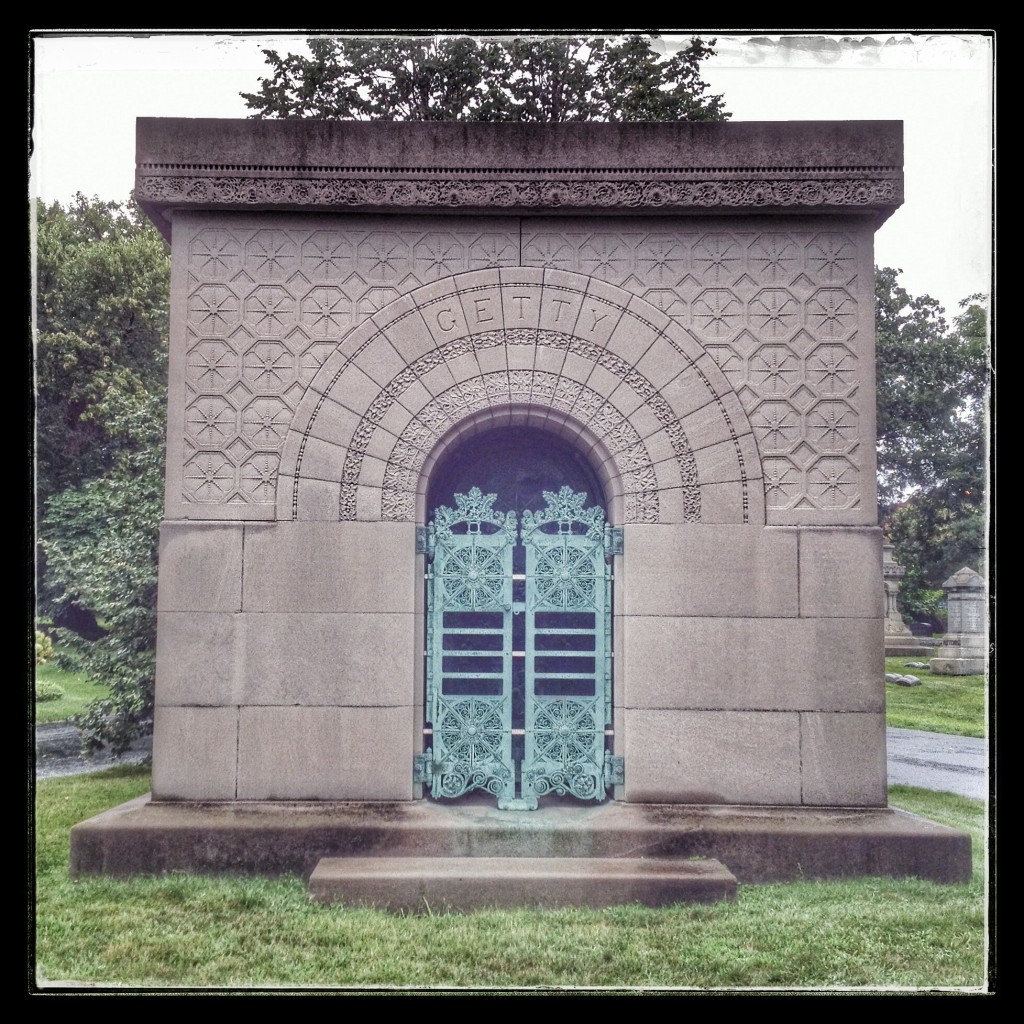 Joseph Medill (1823-1899) — Owner of the Chicago Tribune, Mayor of Chicago, one of the founders of the Republican Party 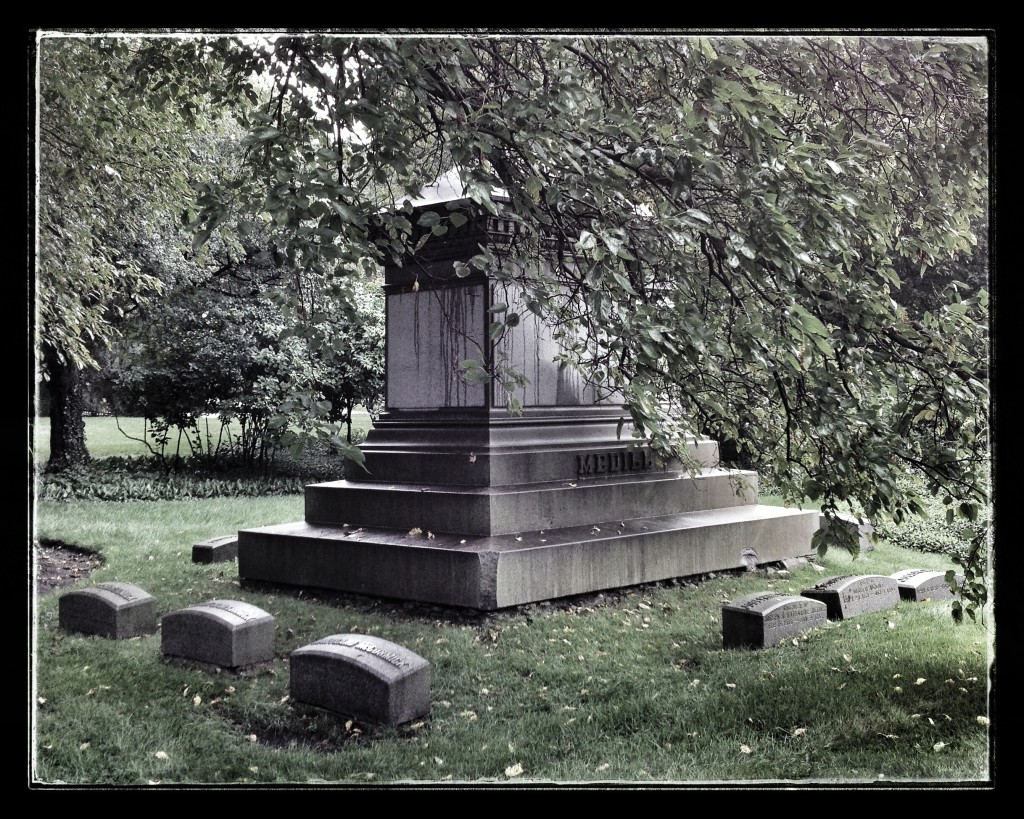 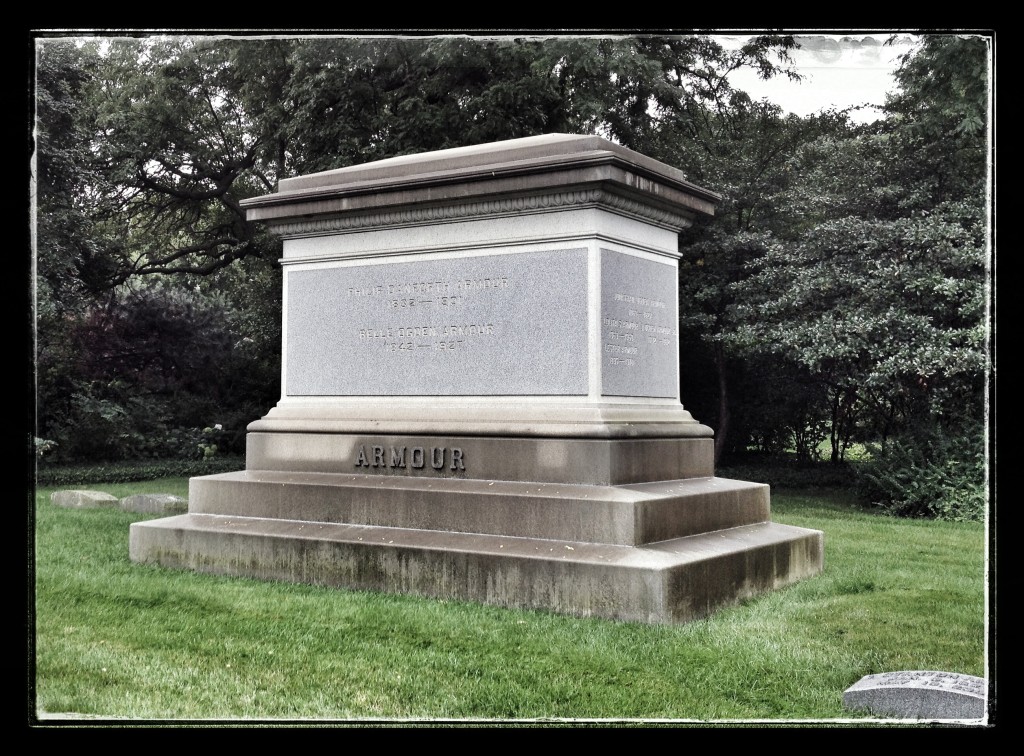 The largest tombs, and the largest congregation of famous tombs, were clustered around the small lake. 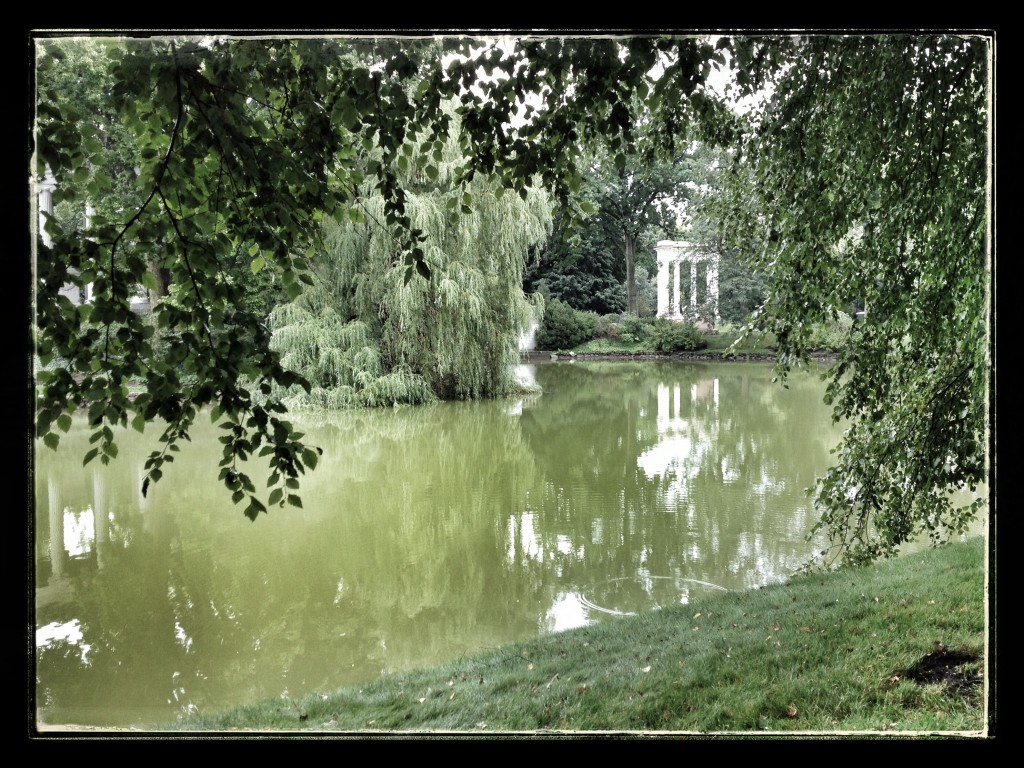 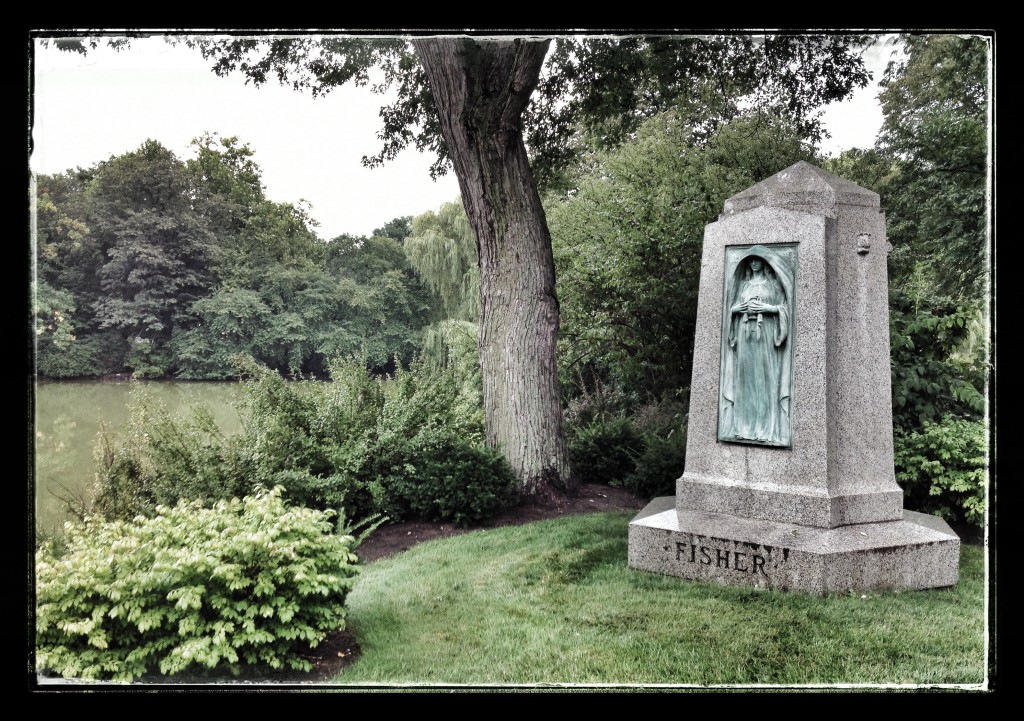 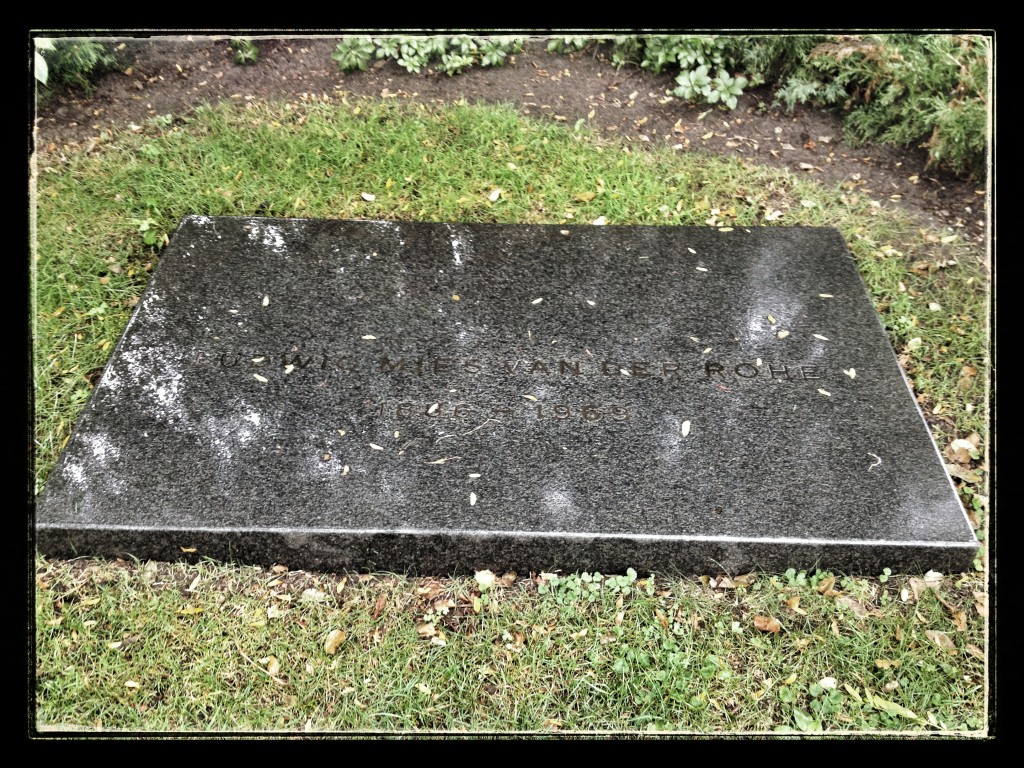 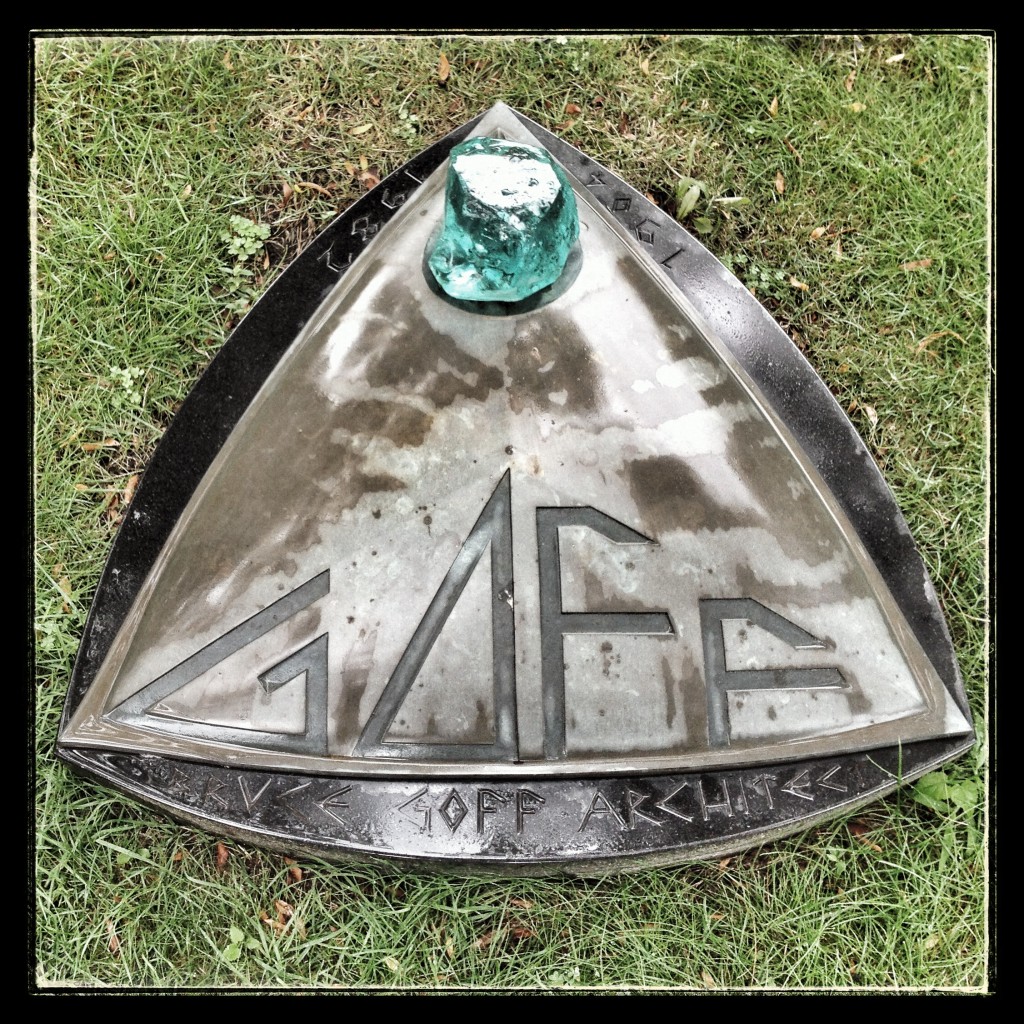 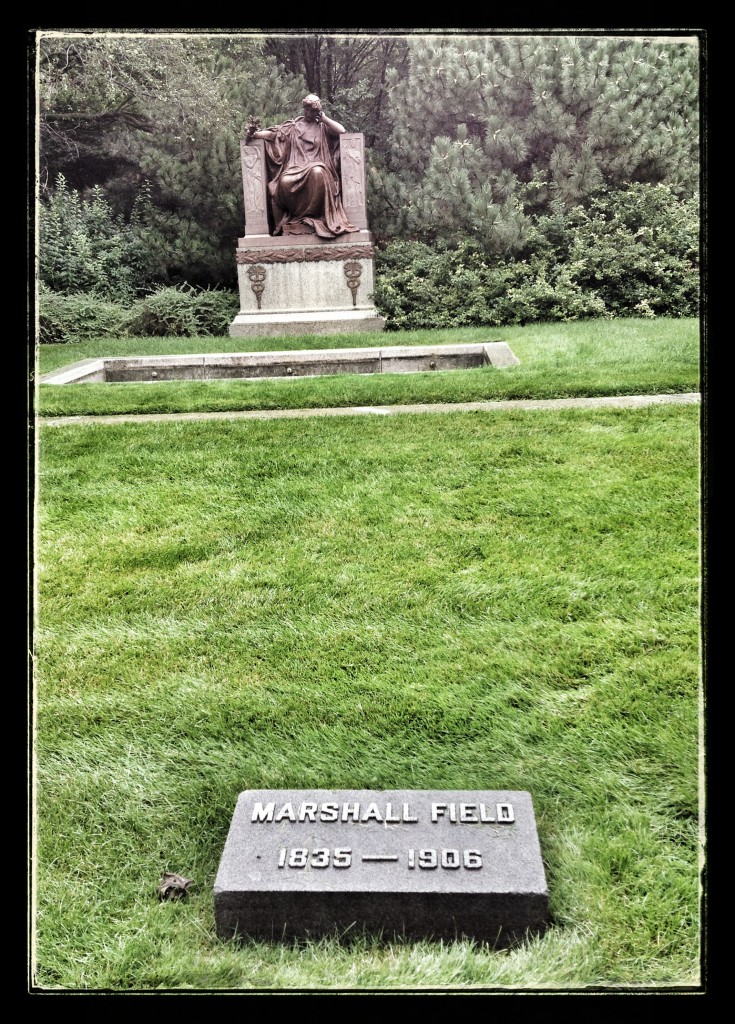 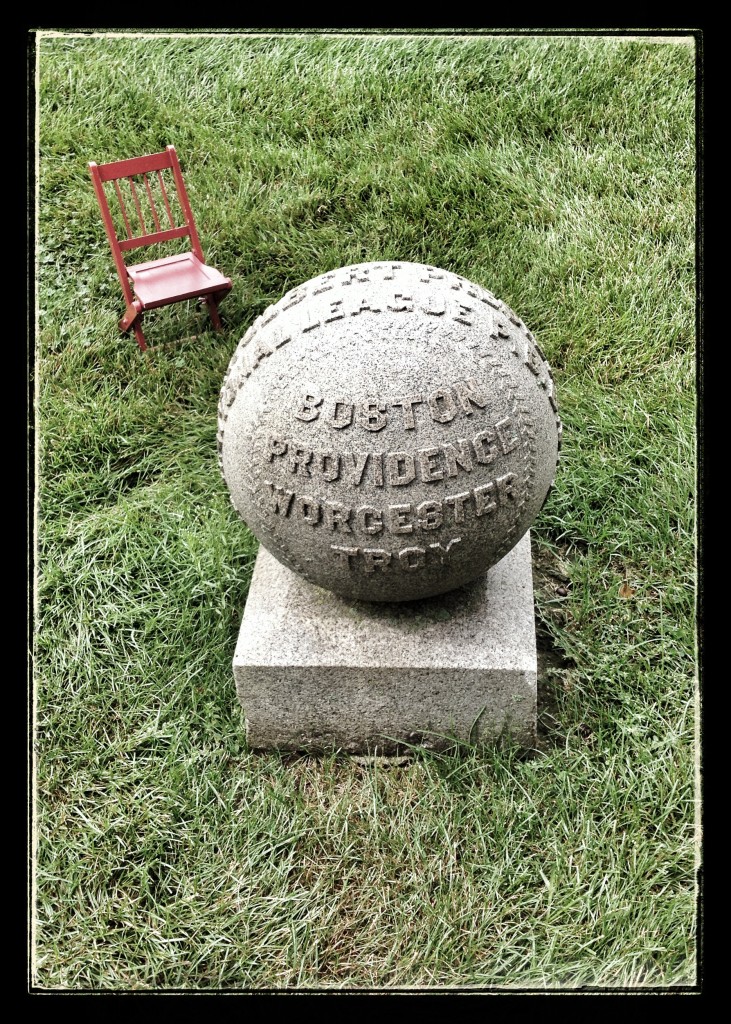 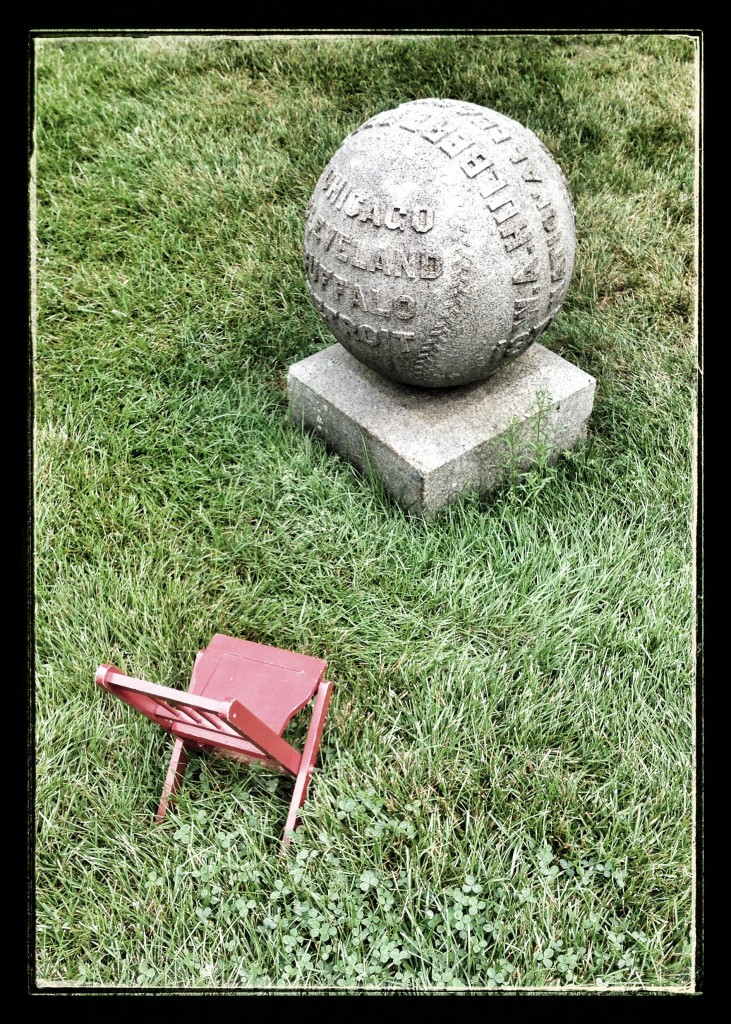 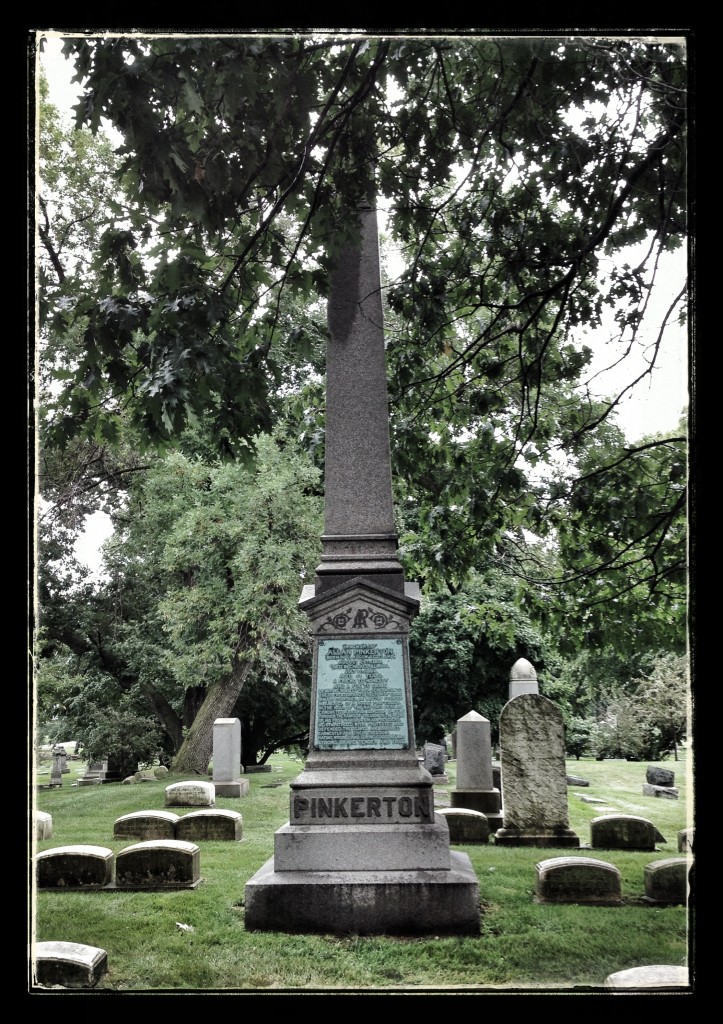 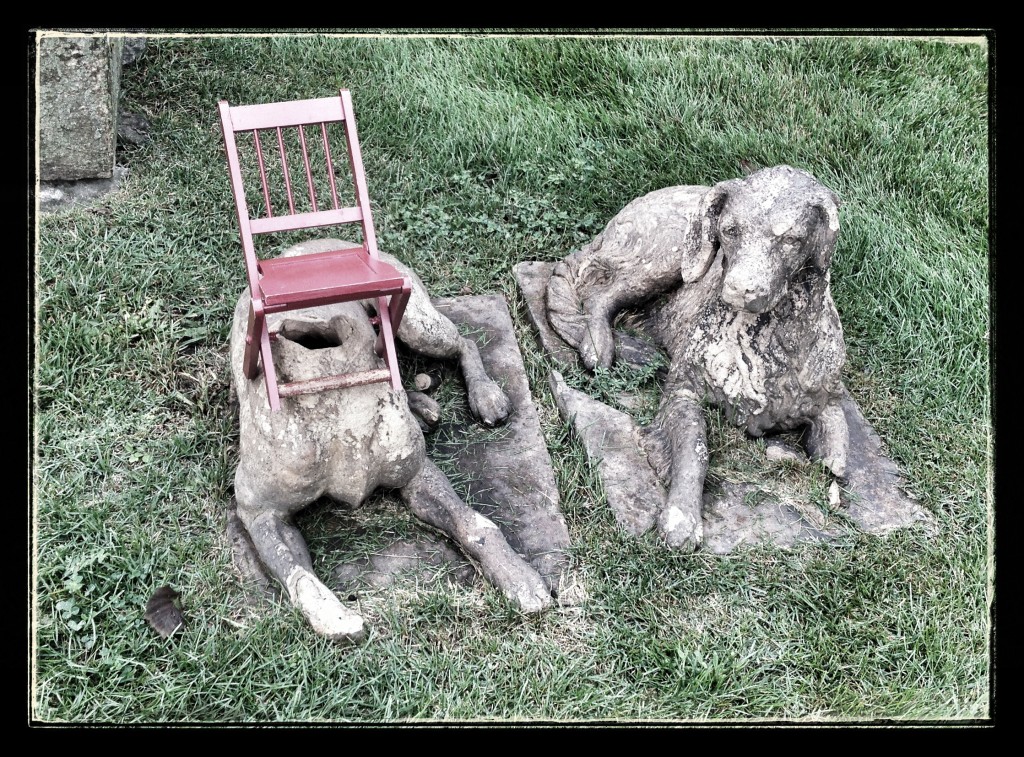 I showed my wife this next gravestone and we made a pact not to bury each other under a similar one. 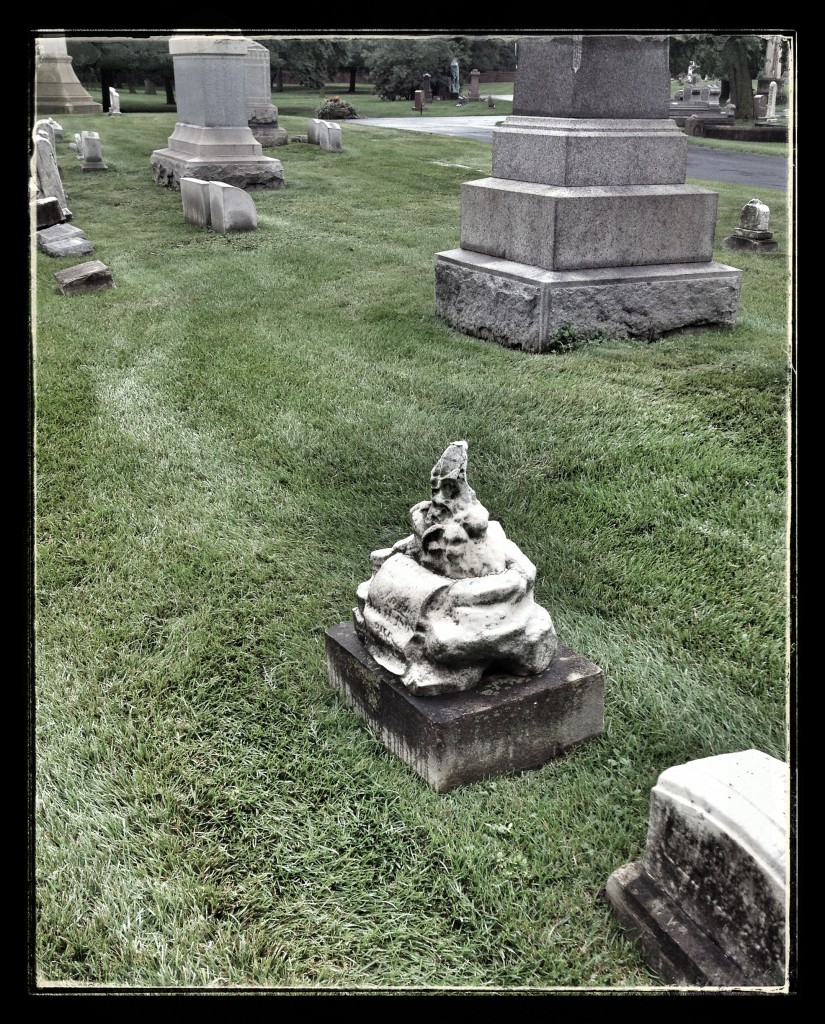 We were there about an hour and a half and saw nobody except a couple landscapers. It’s not a tour I want to take frequently, but it was interesting to do once.