I’m not sure where I heard of this museum, but I obviously did because I put it on my list of things everyone should do in Chicagoland. After returning downtown from Graceland Cemetery, we visited.

The museum consists of three floors in a building on the Columbia University campus on  Michigan Avenue, across from Grant Park. In all, there were maybe 50 photographs and other art pieces scattered about. It was free, which was one point in its favor.

The exhibit on display was called “Phantoms in the Dirt.” According to the brochure, it “brings together artworks that scrutinize and make use of the rough work of matter (the dirt beneath our feet, so to speak), but the artists whose works are presented here are also equally attuned to the mutability of photographic meaning and to the equivocal presence of remnants and traces.”

Another paragraph states, “We all exist in a physical world in our all-too-material bodies … but it’s worth remembering that the ground beneath our feet isn’t necessarily neutral or inert; like so many things, dirt can contain and carry much more than one can see.”

So … it was an exhibit on the importance of dirt.

The main room contained a few scattered photos on the wall, a rusted, dented 50-gallon drum and a wall make from tree bark. 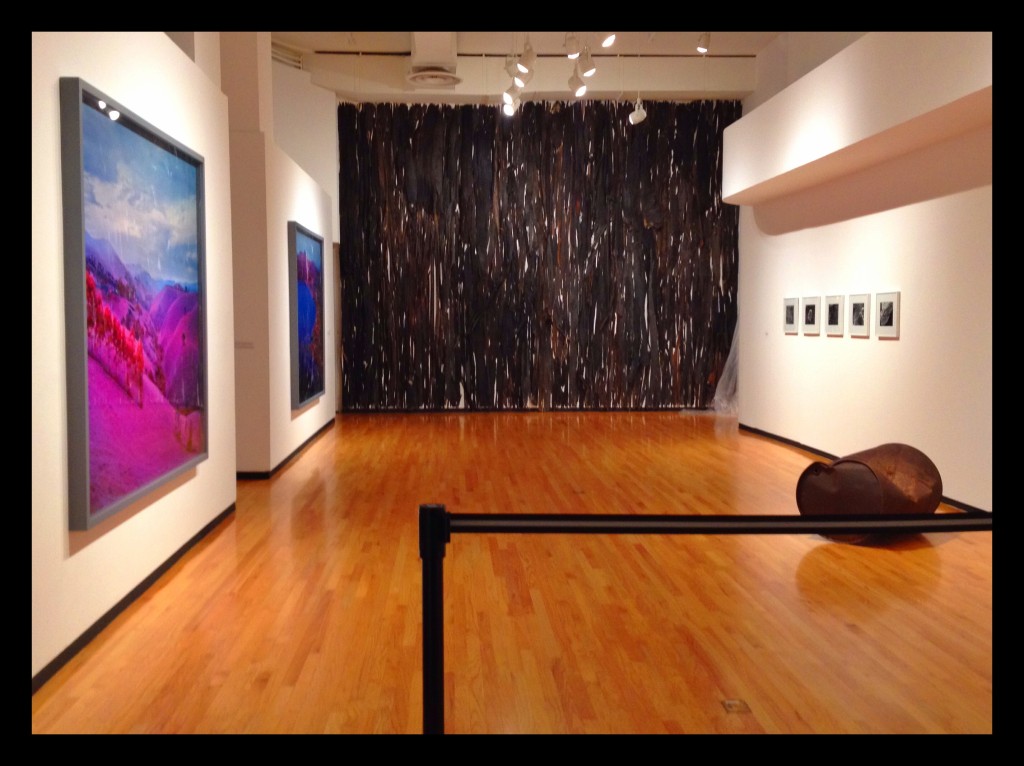 In smaller room to the right, we discovered this photograph of a lake, dipped in the water of that lake. 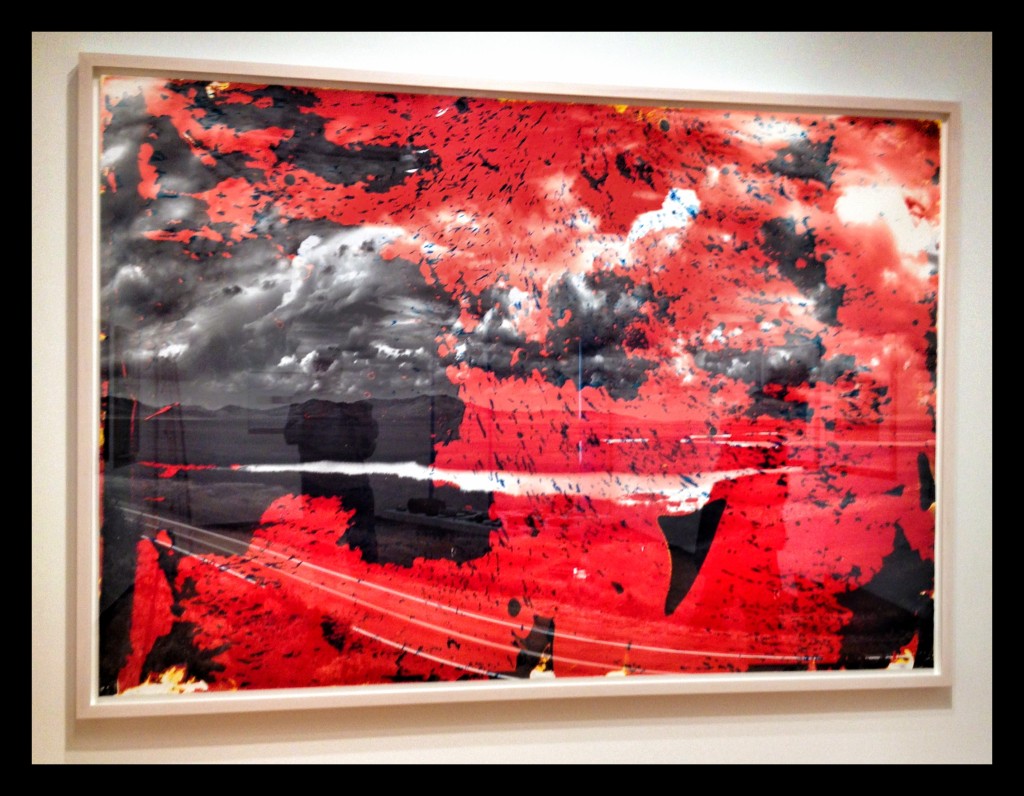 And tucked back into a corner next to the stairwell we found this piece. 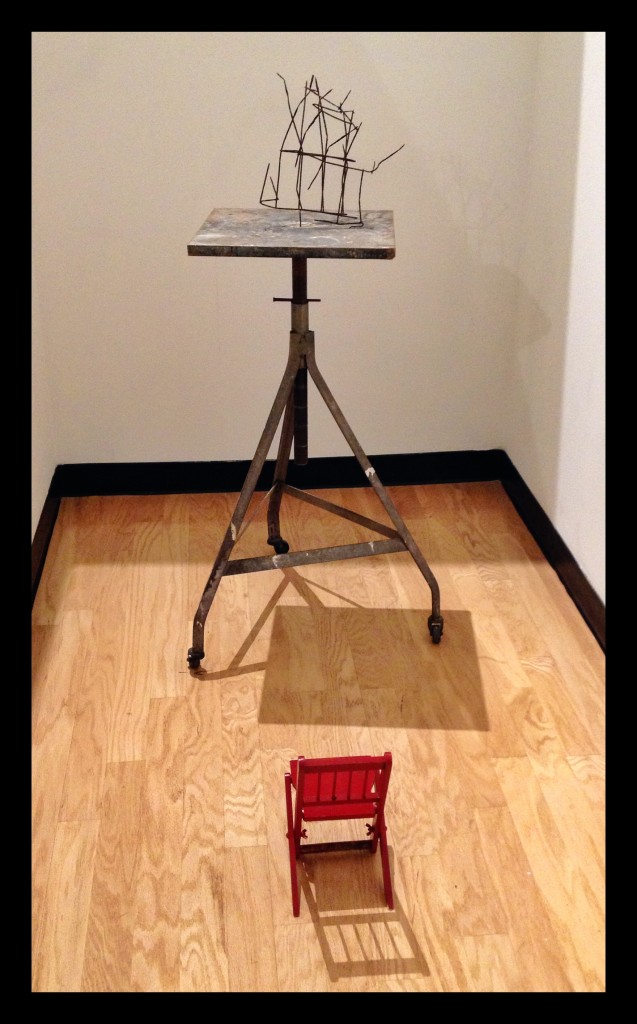 These “photographs” were on the second floor. If I understood correctly, film was buried in radioactive soil and this was the result. 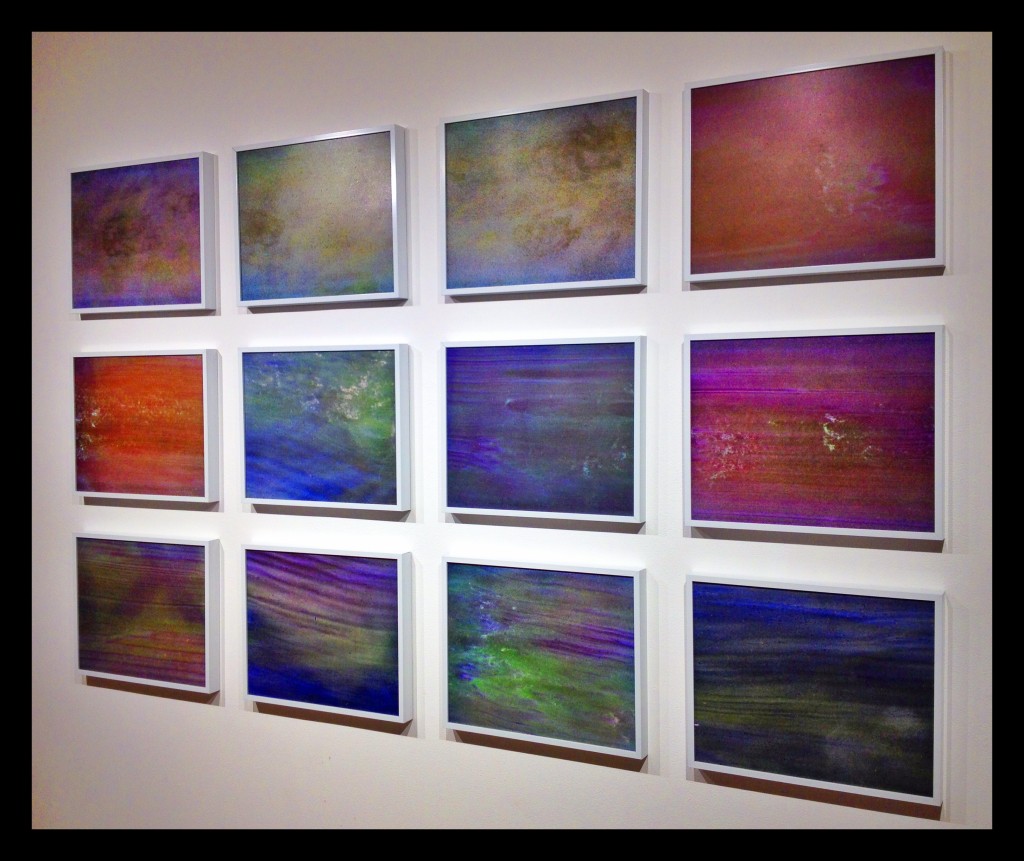 The spots in this painting appear to be a swarm of locusts. 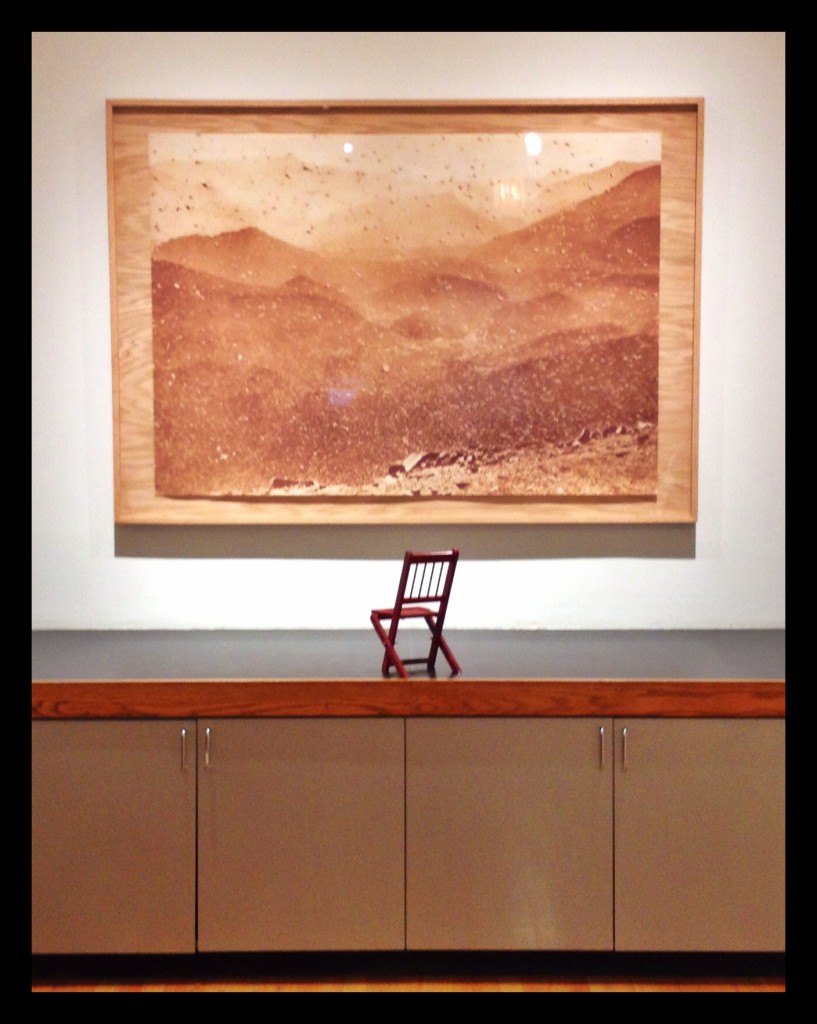 And finally, this photograph. There were three by this artist, all consisting of a man holding a white piece of cardboard in a bleak landscape. I think I get this one — the cardboard is his red chair. 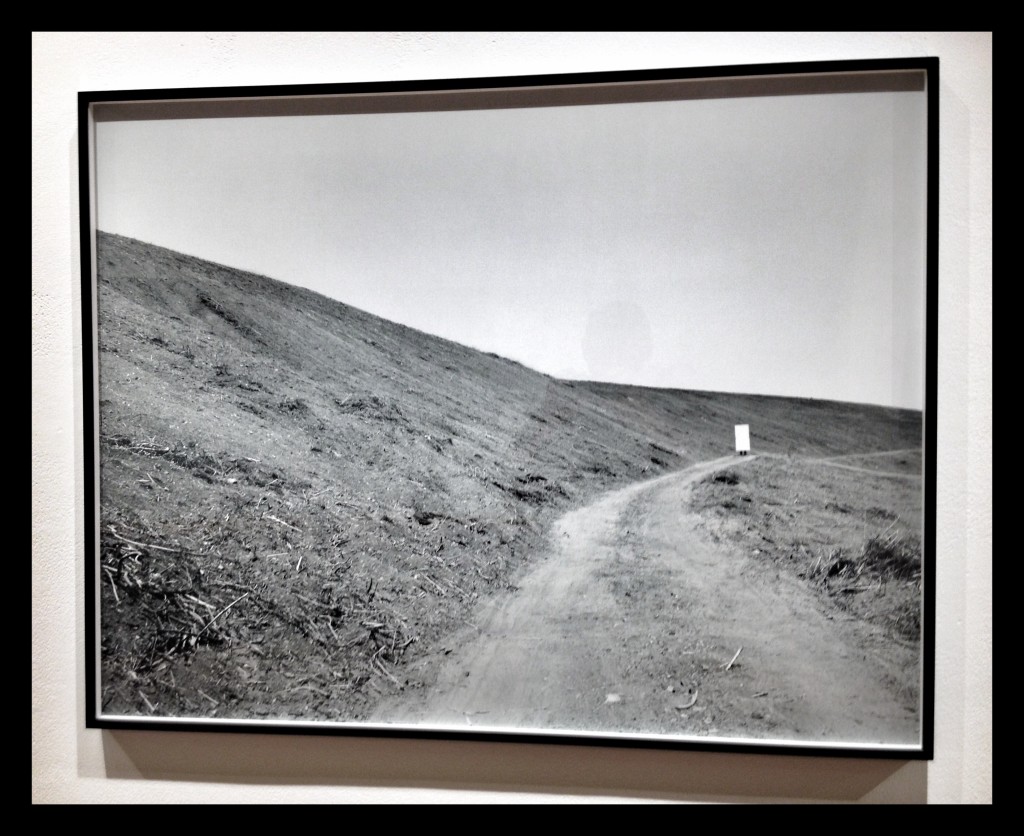 The whole museum took maybe 15 minutes to see. As we left, we discussed the pretentious nature of modern art in which anybody can point to anything, come up with a highfalutin description and call himself an artist. Very plebeian of us, I know. It’s a matter of taste mostly. But how some of this stuff points to beauty or truth (the essentials of art, in my opinion), I fail to see.

Out on the street, two guys were arranging a window display, so I thought I’d take my own contemporary photograph. 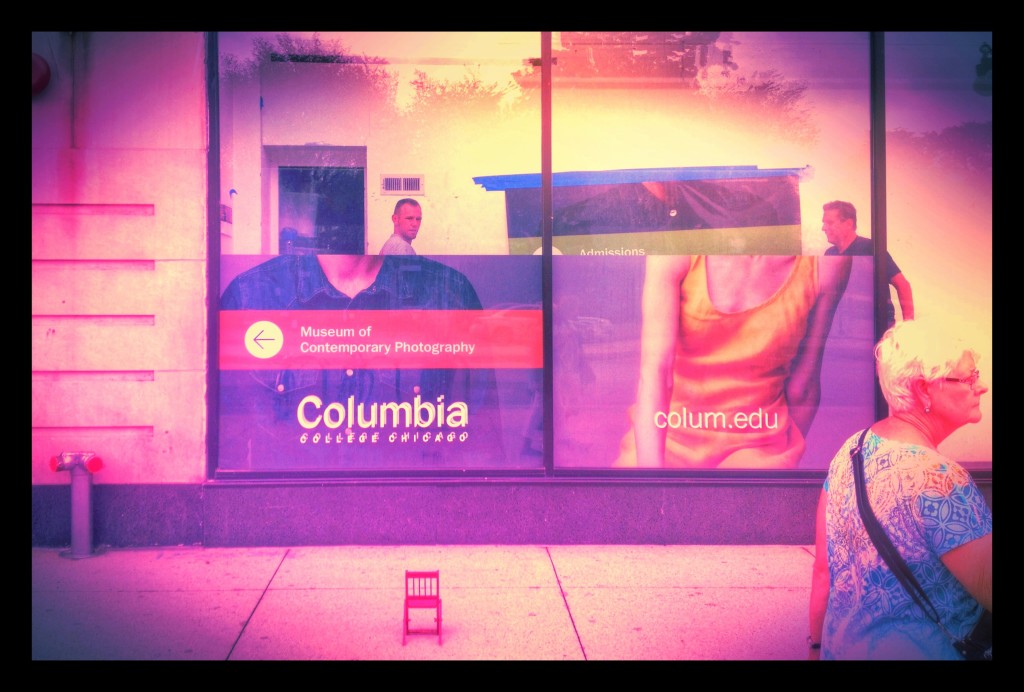 This entry was posted in Museums, Photography. Bookmark the permalink.