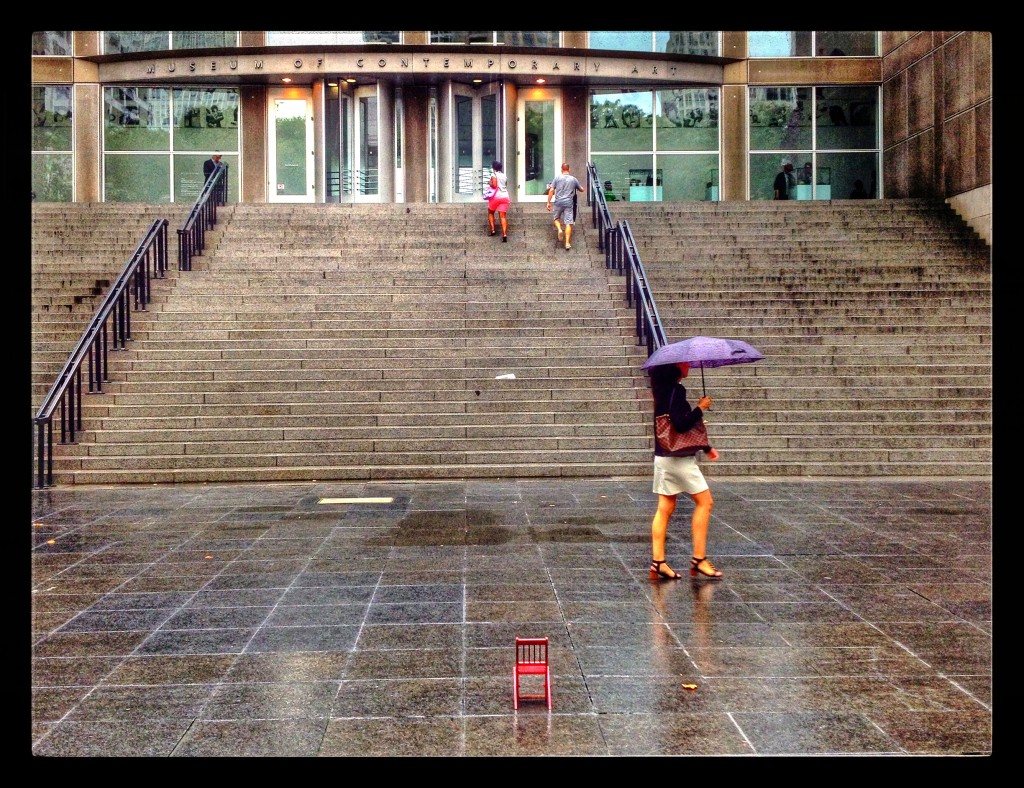 Outside is one of three “Wind Sculptures” that “captures the movement of a billowing bolt of fabric. Their design was inspired by the sails of ships whose patterns derived from Dutch wax fabrics.” 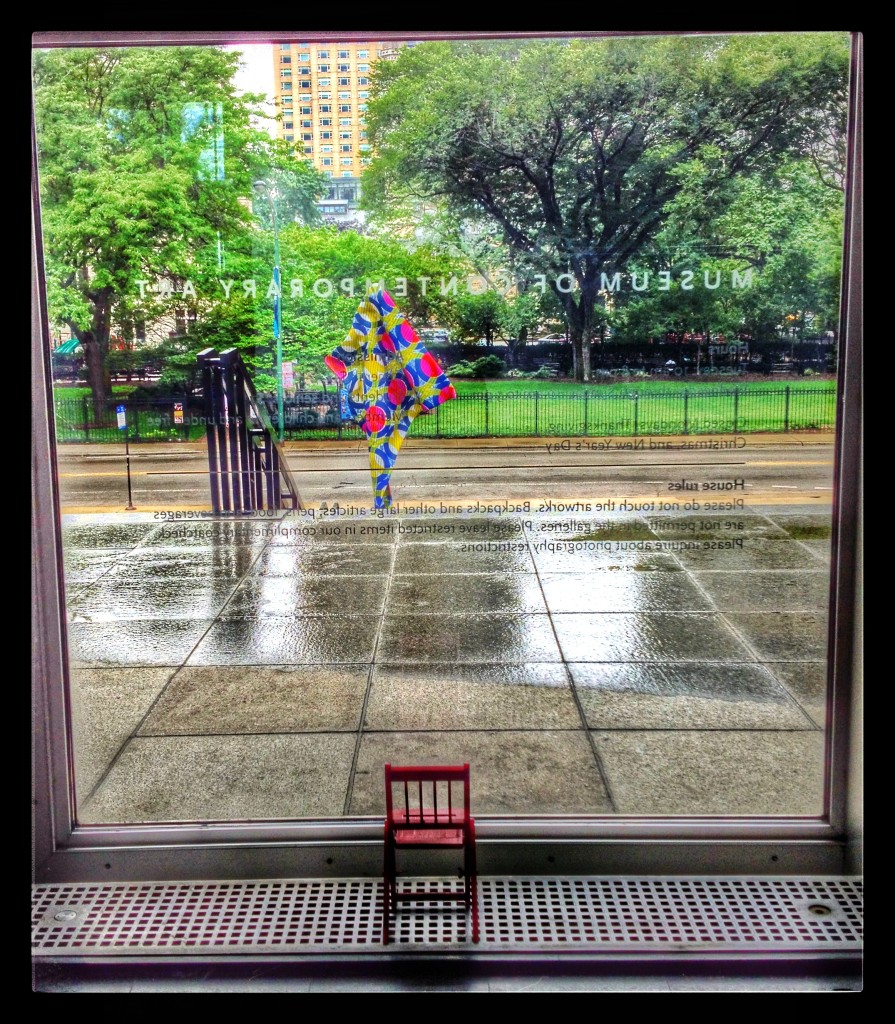 A lot of the pieces were just plain weird. 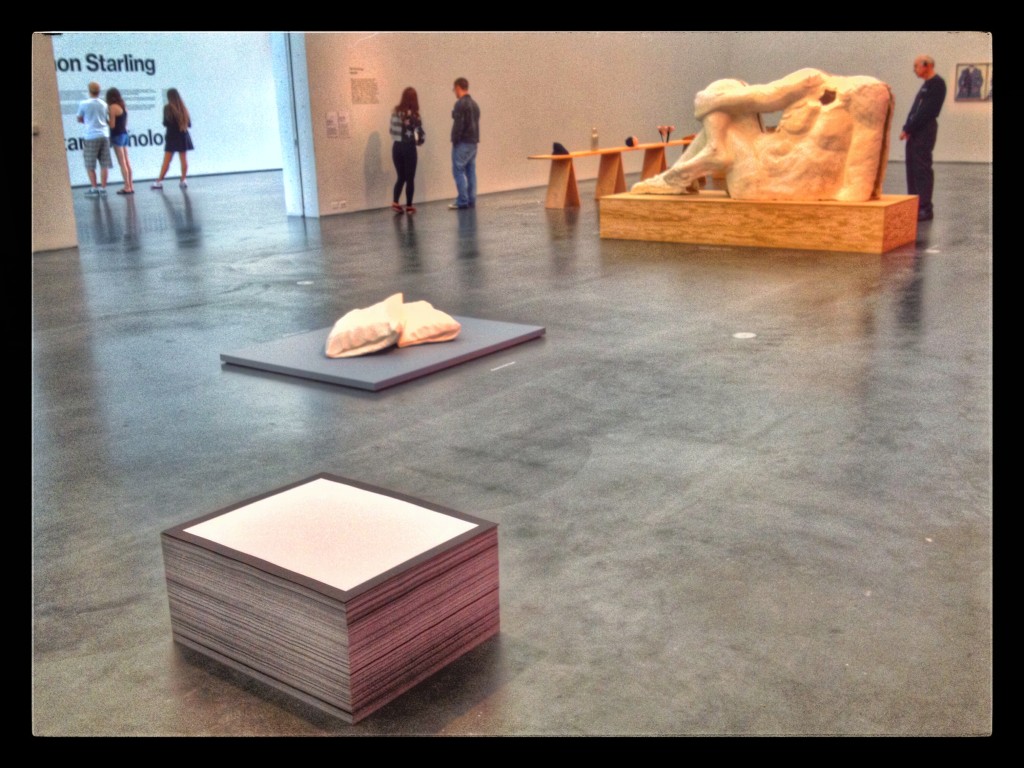 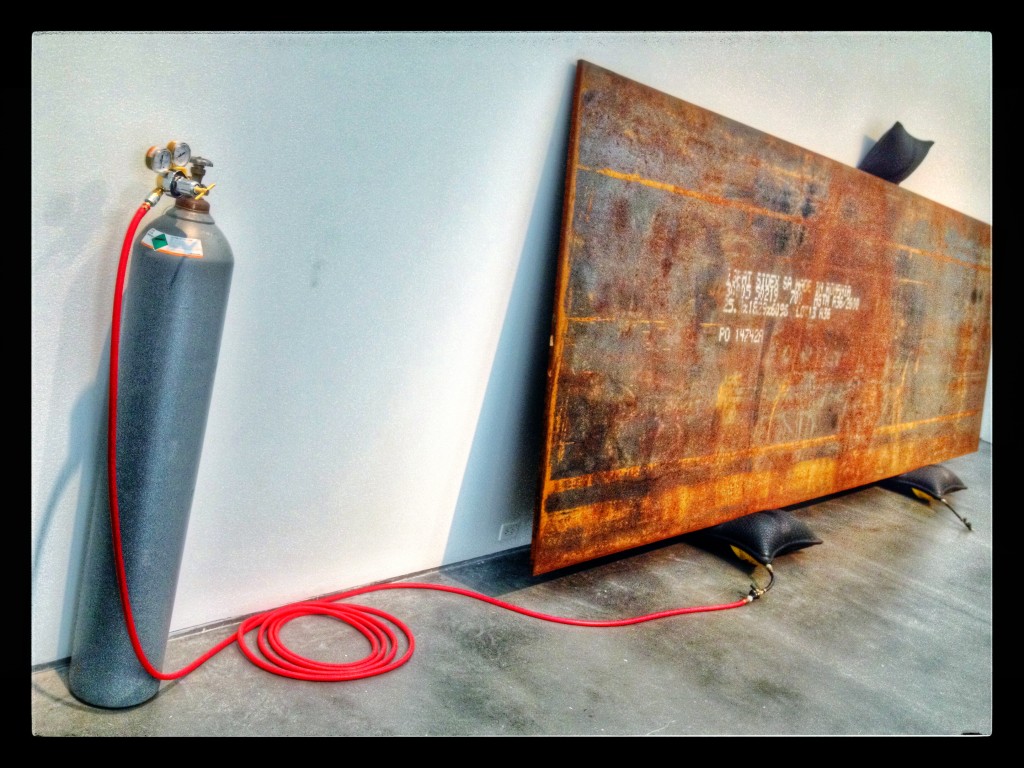 Others were fun in a childish sort of way, but art? 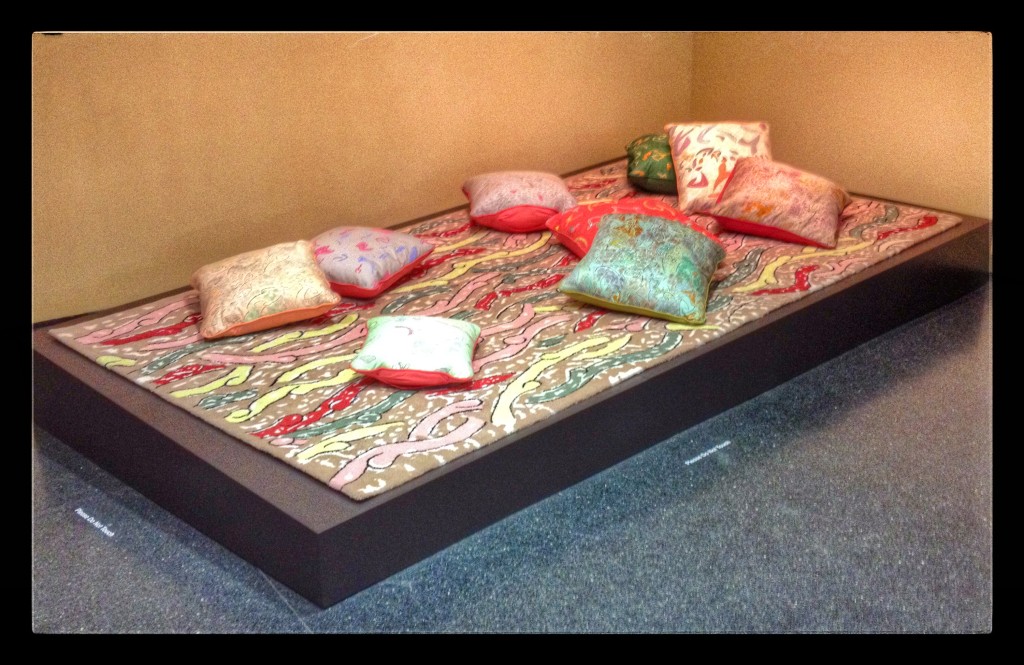 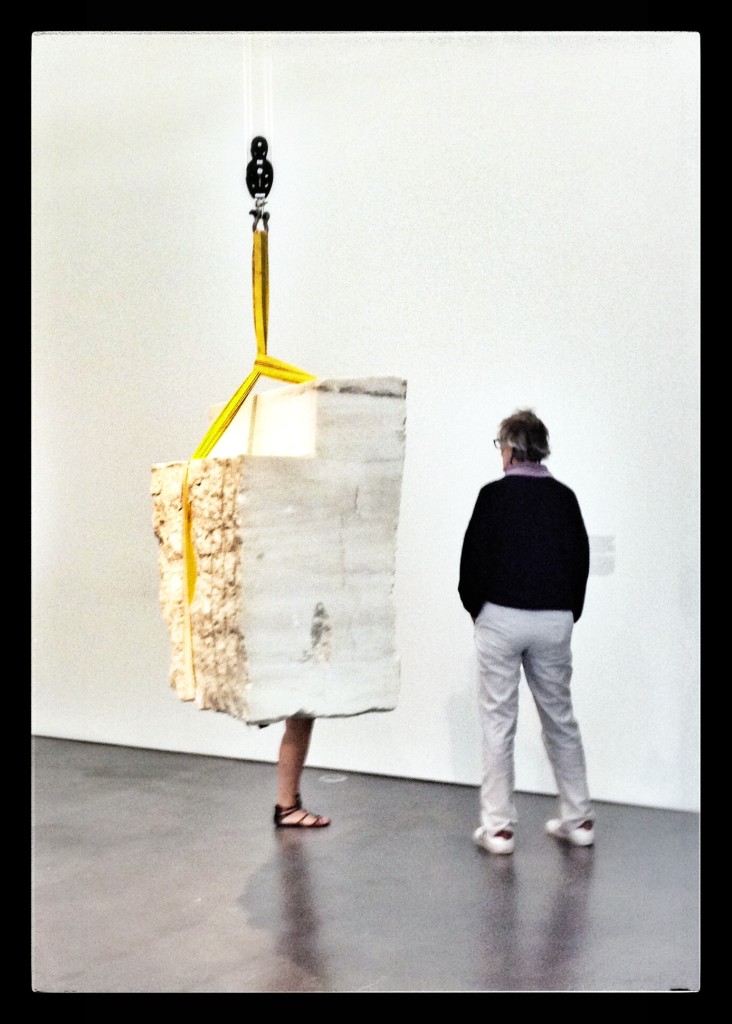 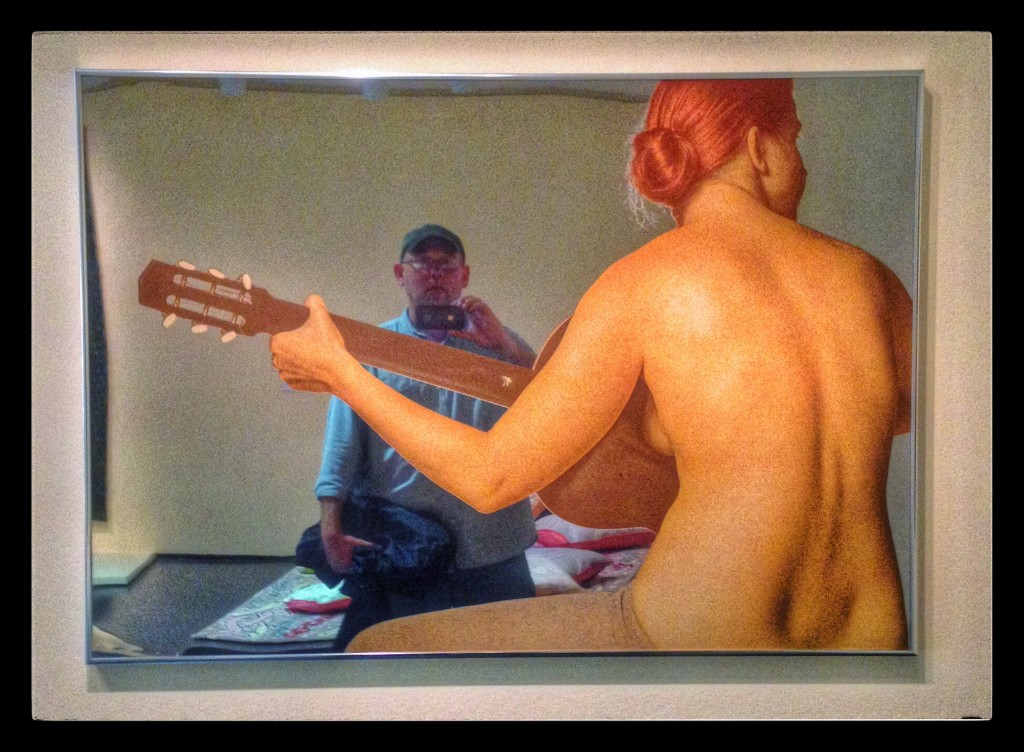 One exhibit featured the works of Alexander Calder. 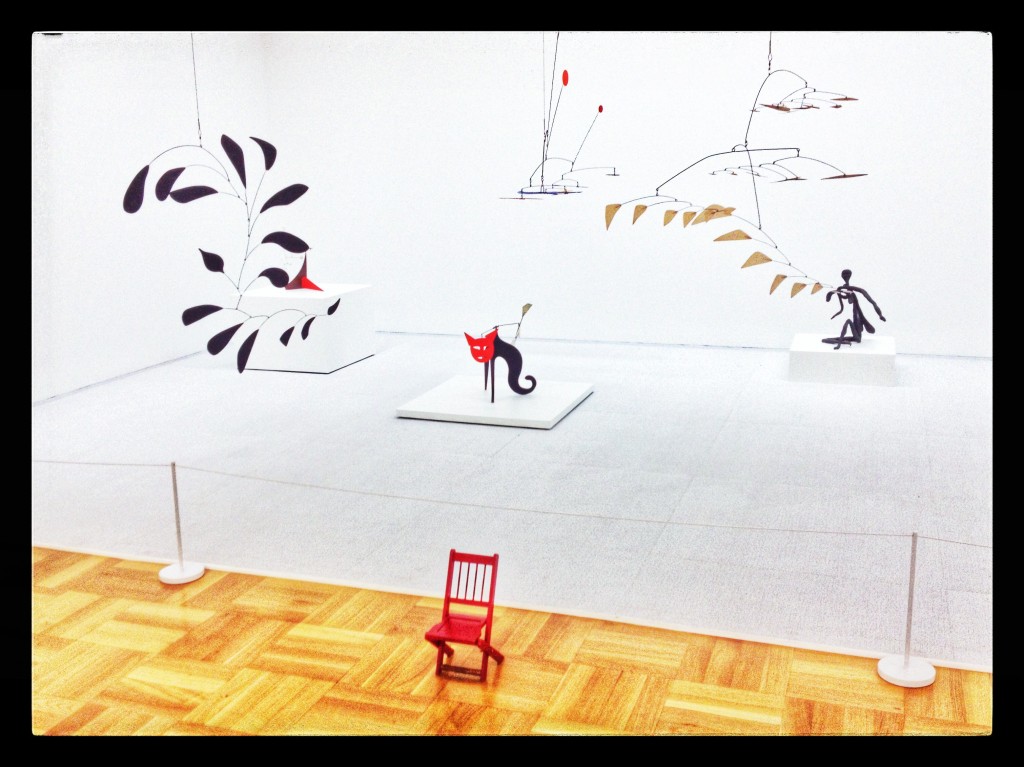 This car was driven from Italy to Poland where parts were replaced to make it look as much as possible like the flag of Poland. Then it was stuck to the wall of the Museum of Contemporary Art in Chicago. Not sure if it’s art, but it makes for a pretty good Red Chair photo. 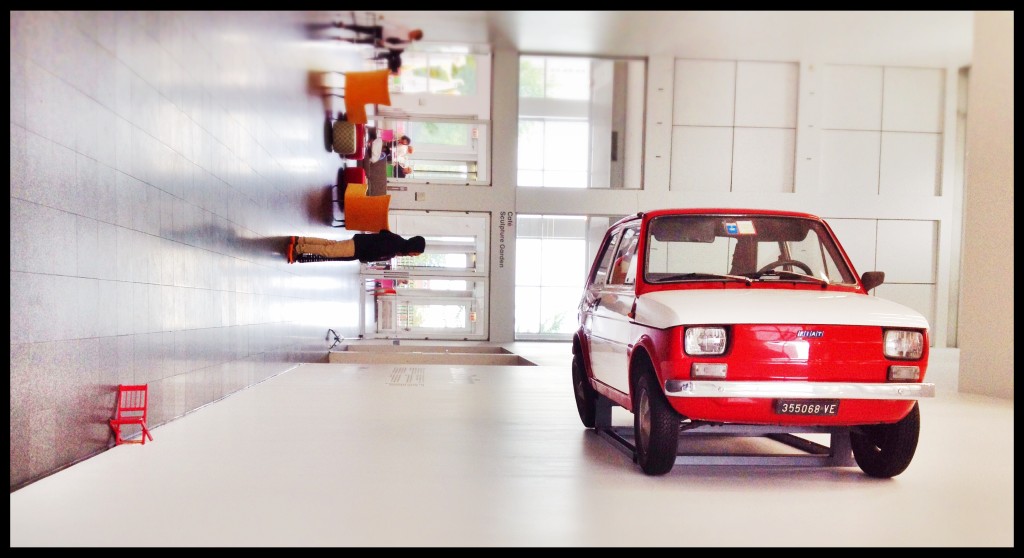 There were some pieces that I would consider art —  works that could be said to reflect or point to beauty or truth, but there were also some that celebrated depravity and others that were, in my opinion, attempts to promote a cause and be original without possessing talent. But that’s just my opinion.

The lone sculpture in the “Sculpture Garden” at the museum wasn’t worth photographing, but that didn’t keep me from getting one Red Chair picture. 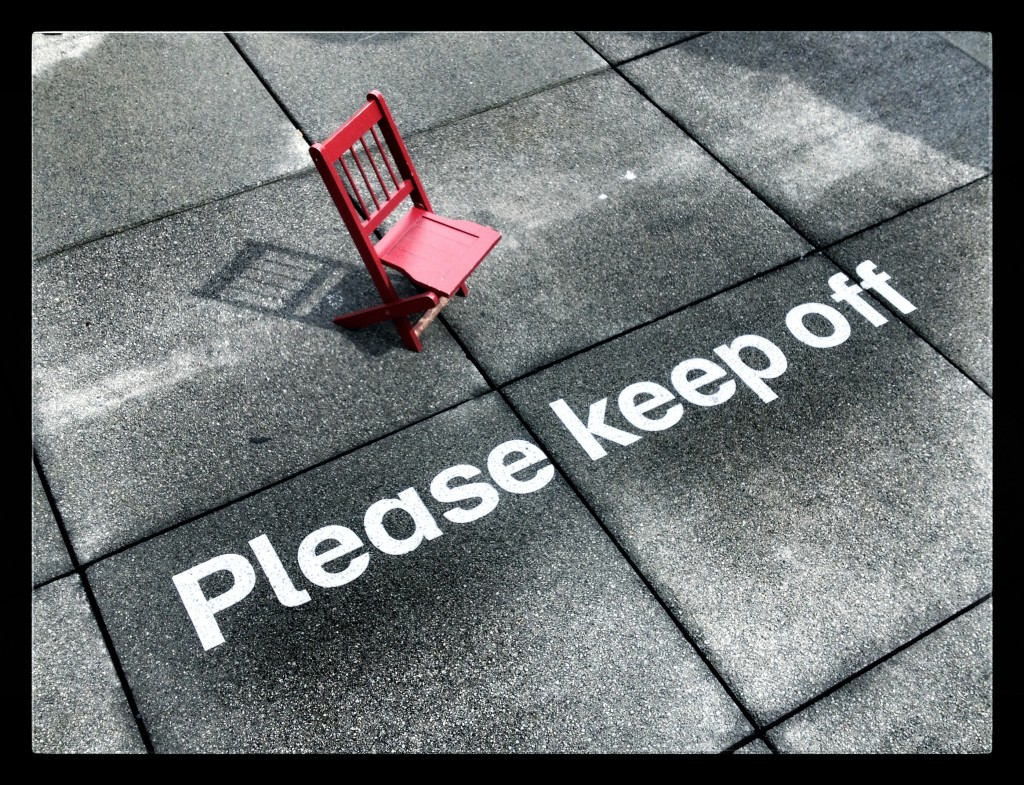 Exhibits change frequently. Perhaps another visit would be more rewarding. It won’t be anytime some. But I can check it off my list of things to do in Chicagoland.

This entry was posted in Art, Museums. Bookmark the permalink.