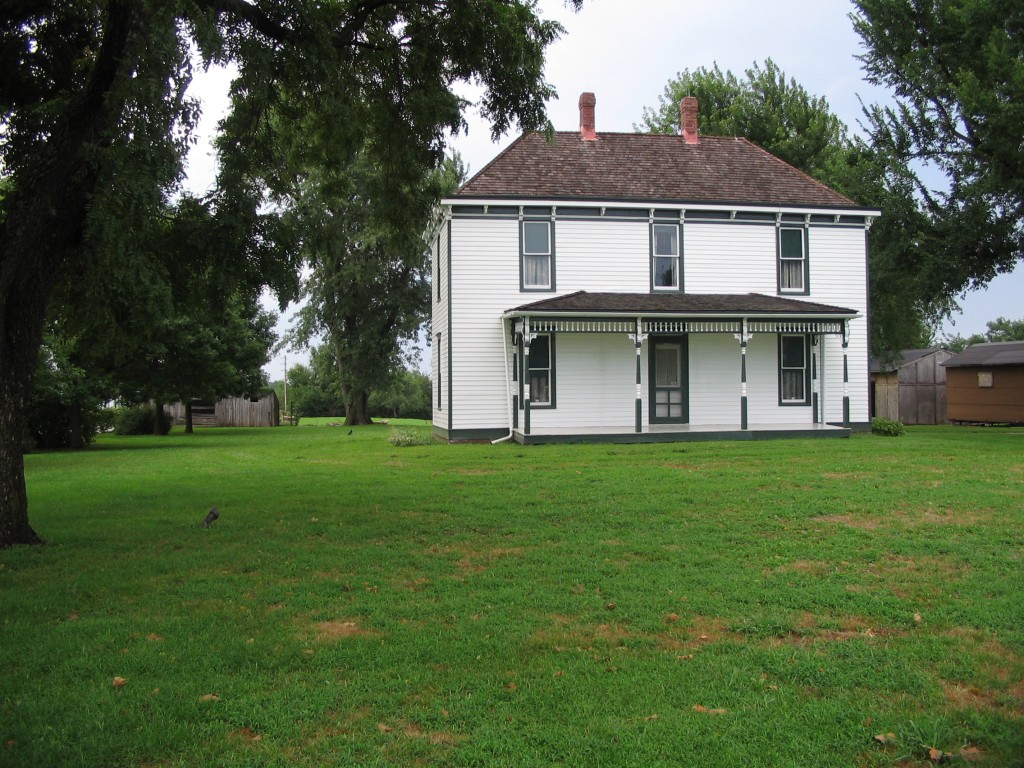 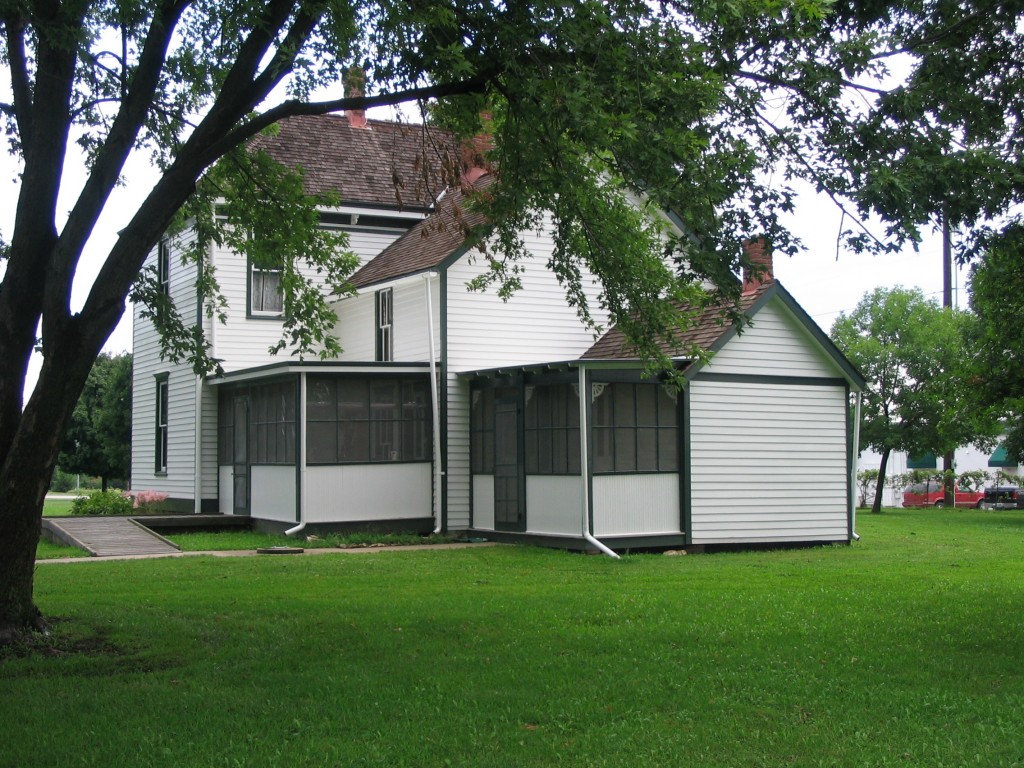 There were three old lady rangers manning (that’s probably the wrong word to use in this case) the site. One of them hobbled out and informed me that tours didn’t start until 9:30, but I was welcome to look around outside. I took some photos of the outbuildings and wandered about. At 9:15, another lady came out and said she’d give me the tour early! 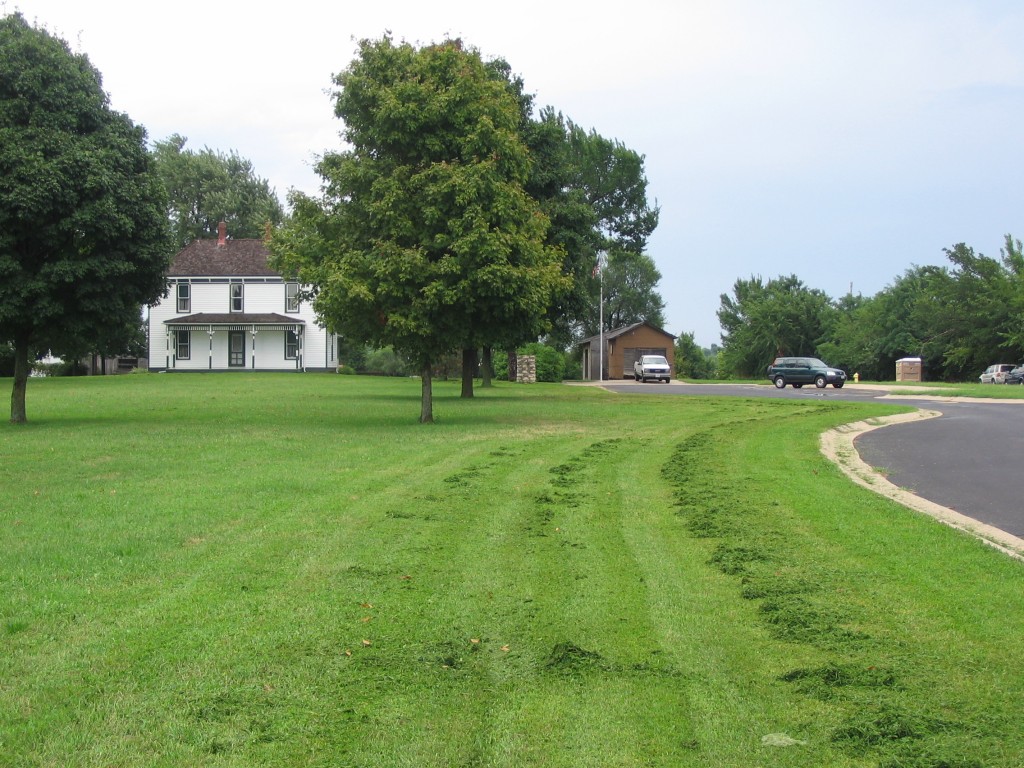 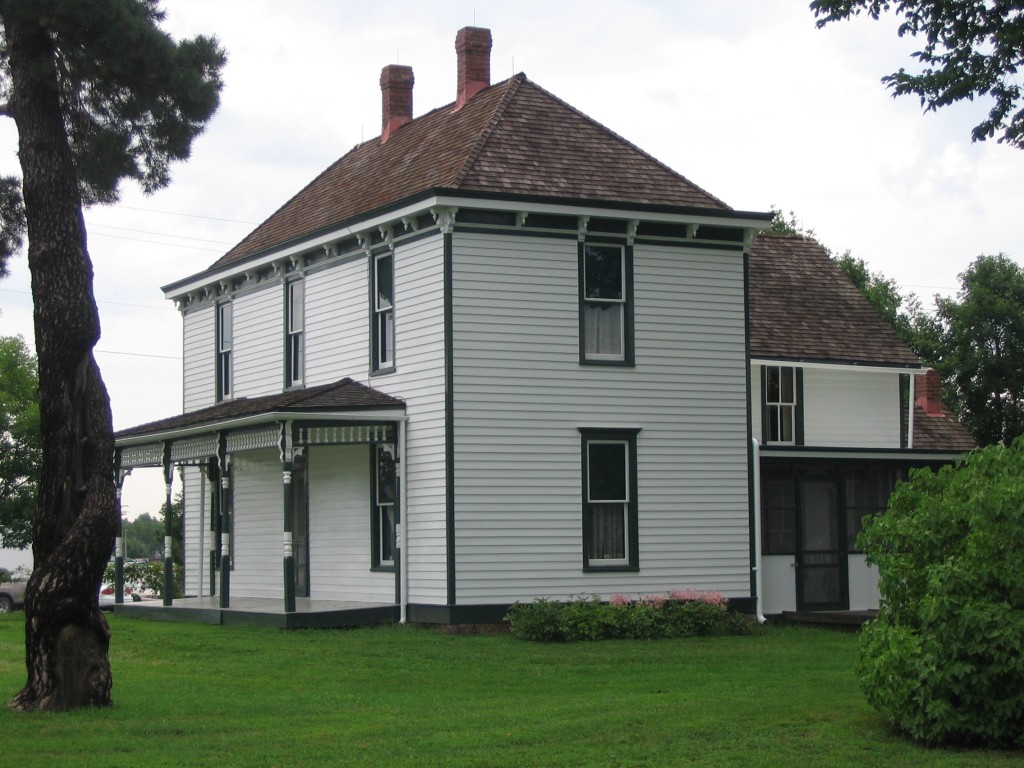 The tour took about 20 minutes — there are only three bedrooms upstairs and a parlor, family room and kitchen/dining room downstairs. Truman lived here for 11 years just before World War I, running the place for his grandmother. 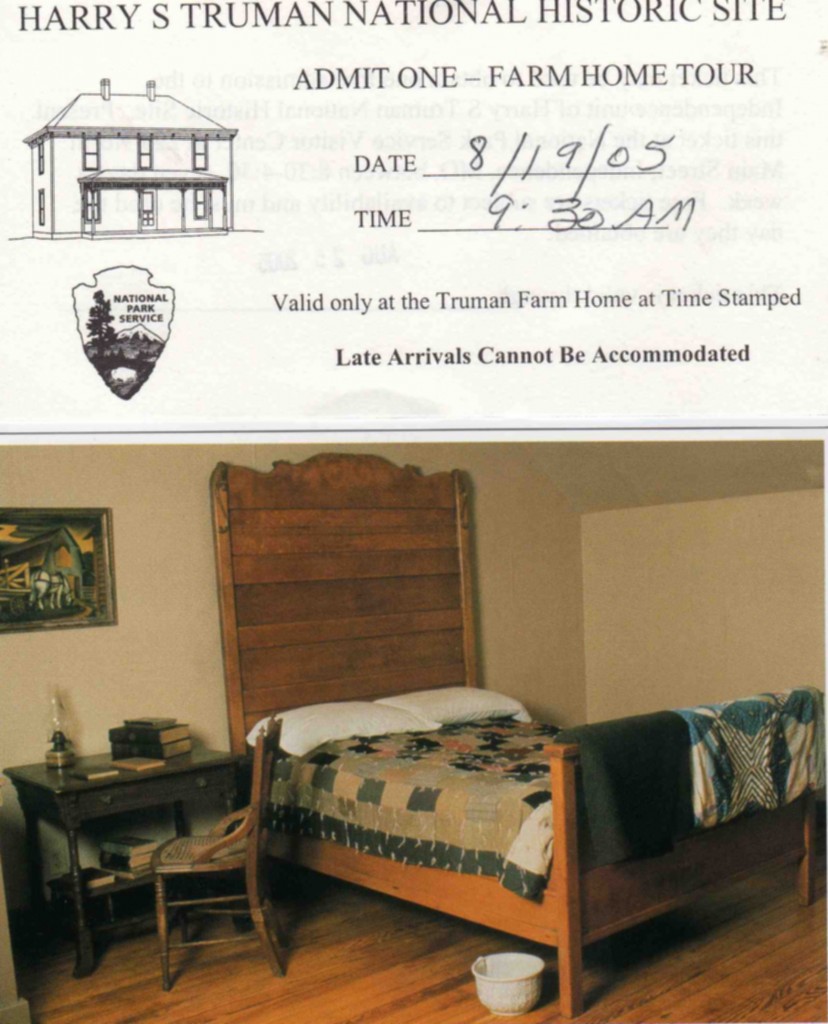 The back of the postcard says: Harry Truman used this bedroom while on the farm from age 22 to 33. It was an oven in the summer and an icebox in the winter. In January, 1914, Harry wrote to Bess, “It was an awful task to rise in that ten-degree room. I finally did it but I believe some of the enamel is cracked on my teeth.”