Because we went to Wamego to see the Oz Museum, it made the most sense to head to Arkansas via Kansas City. We spent the night in Belton, Missouri. My wife hadn’t been with me when I visited Truman’s home in Independence back in 2006, so I told her I’d be happy to see it again. We arrived just as the visitor center opened and bought tickets for the first tour, which included just us and the guide. The ranger was formal at first, but when he saw that we were both knowledgeable and interested, he lightened up, happily answered our questions, and offered a lot of additional information. We probably spent three times as long in the house as I had on my earlier trip.

As before I couldn’t take photos inside the house. 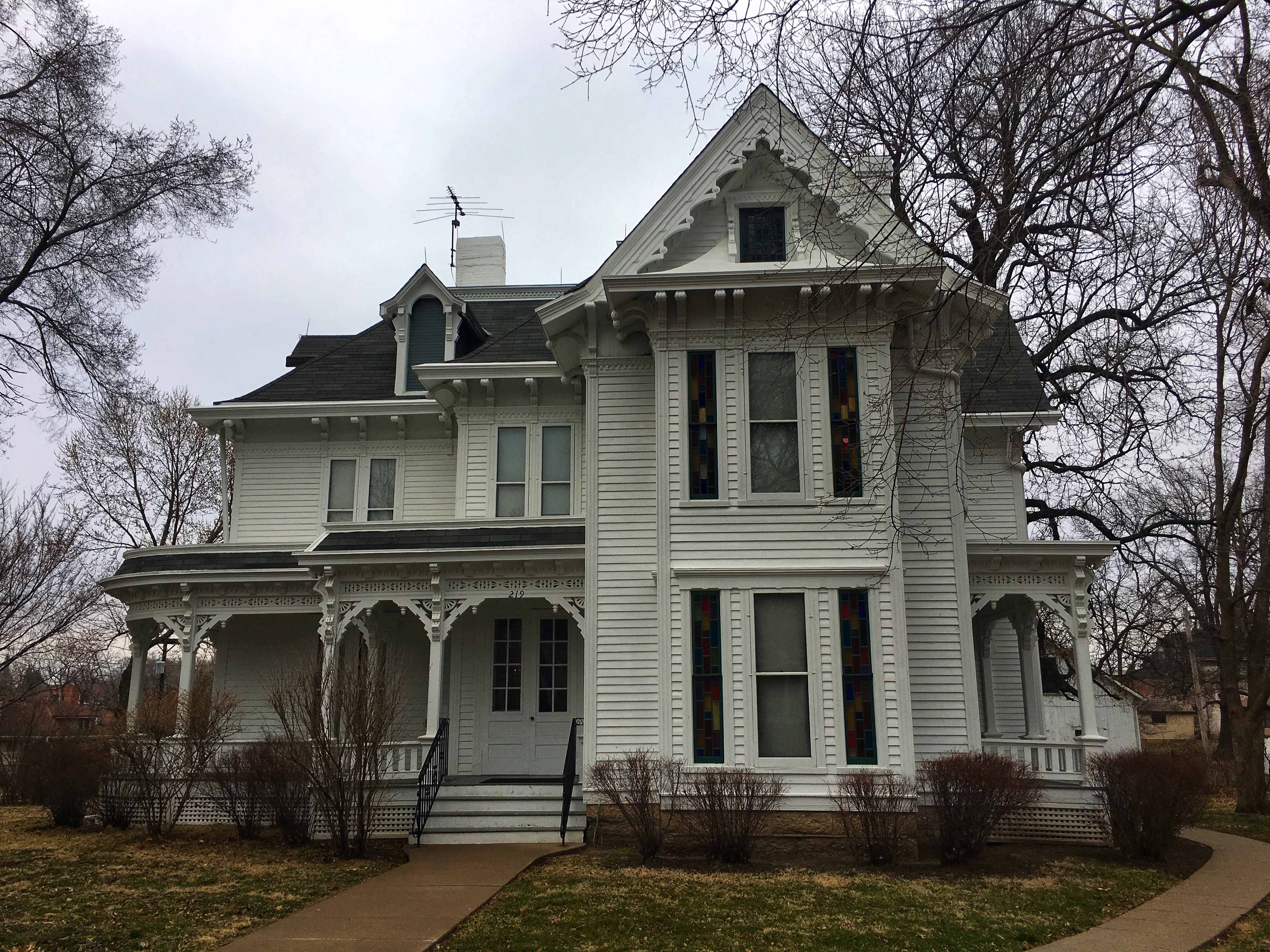 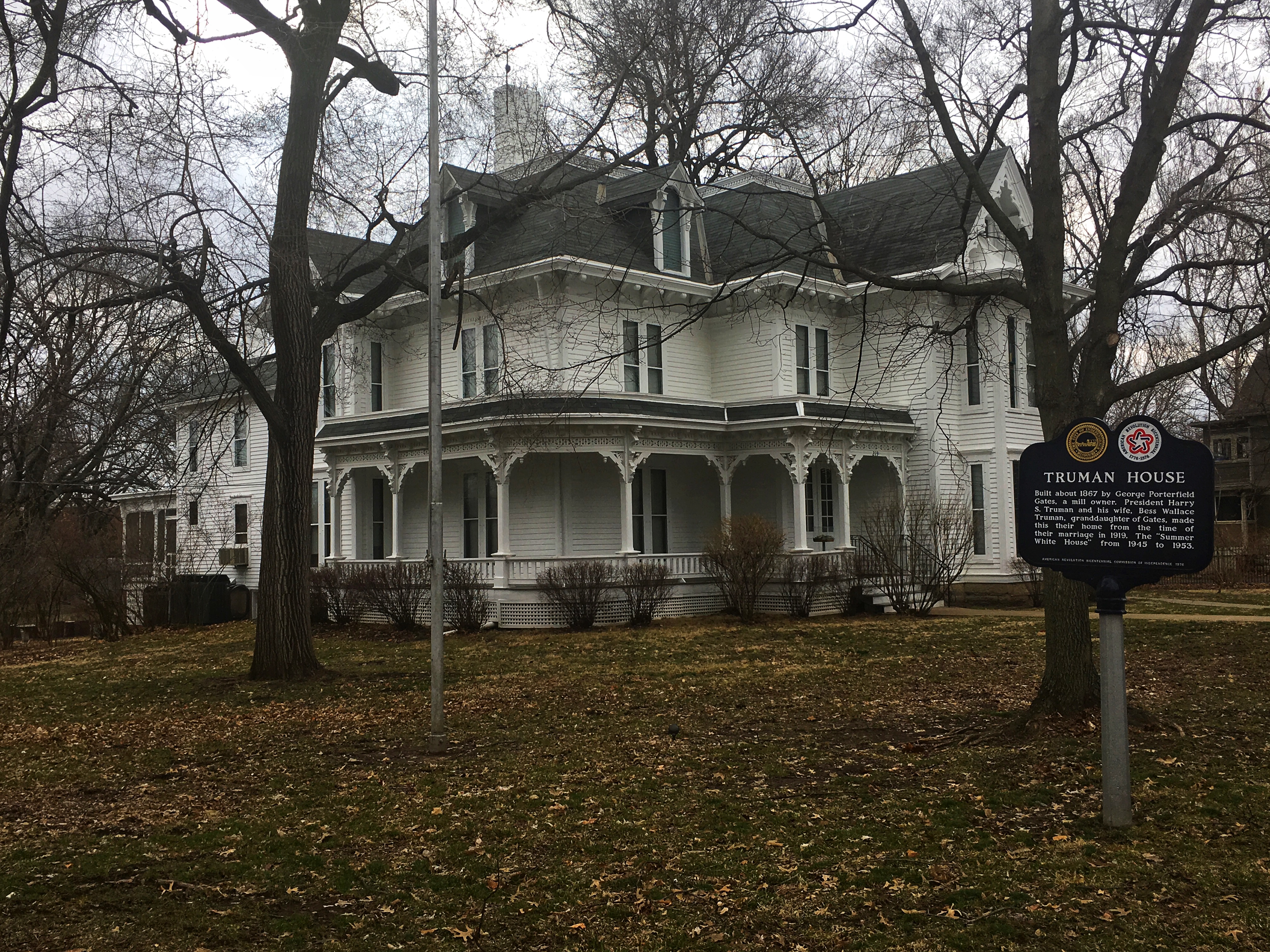 The home had originally belonged to Bess’s family. Harry’s aunt lived across the street. Her house is now open with a few displays. I didn’t get a photo of the outside, but here’s a shot of the main house from the front window. 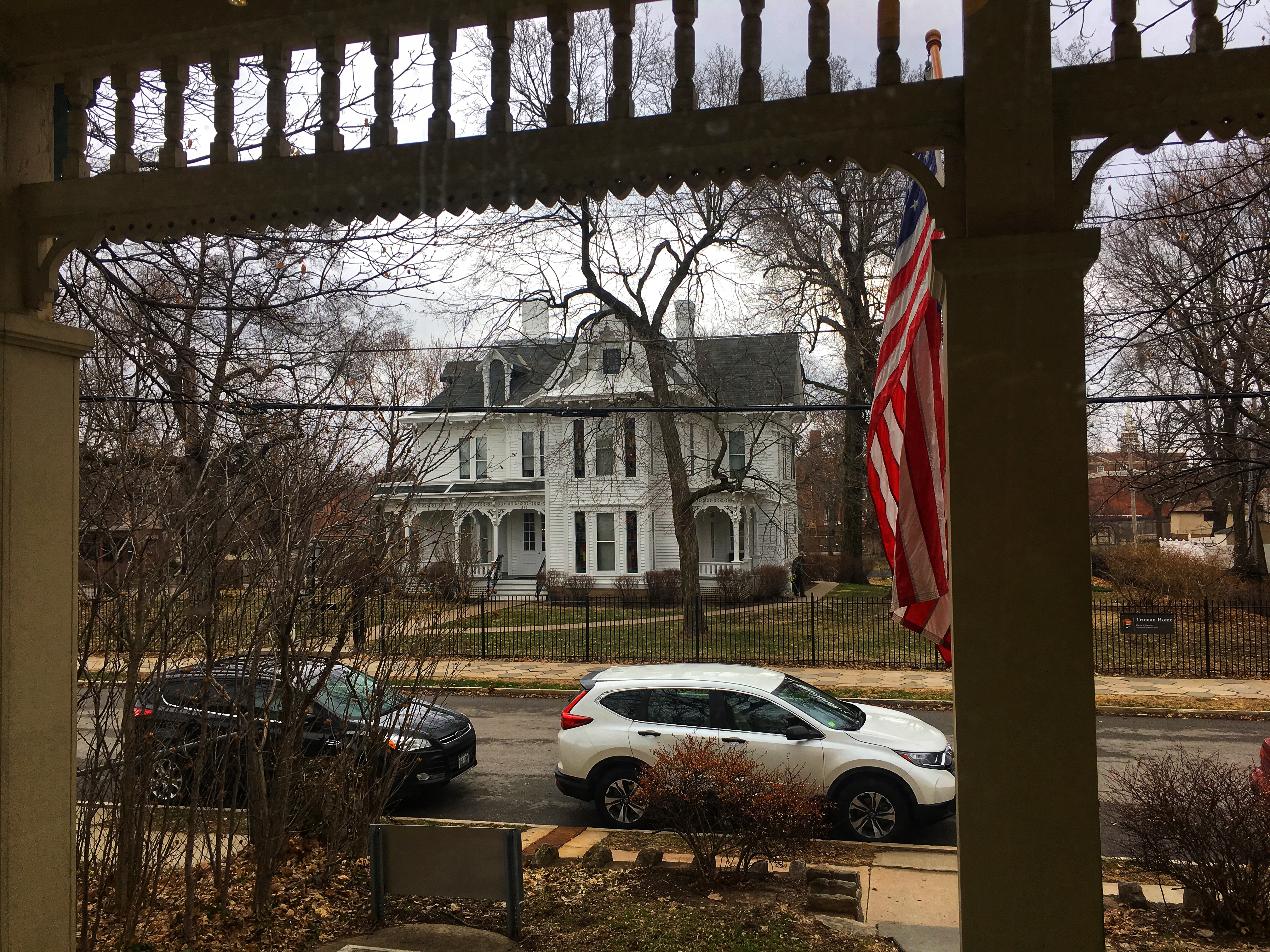