On Saturday, we were invited to a private showing of Pirates of the Caribbean: The Curse of the Black Pearl at the Catlow Theater in Barrington. My friend’s husband rented out the theater and arranged for the movie as a surprise for his wife. There were about 35 of us there, which wasn’t many in the huge theater. We got there early so I could wander around in the emptiness and take photos.

The theater was built in 1927. From the first, films were shown, but it also featured live acts for the first several years. It’s on the National Register of Historic Places.

It specializes in movies that have finished their first run in major theaters. It’s the only place we go to movies these days, since it only costs $5/person. We probably get there eight to ten times a year. 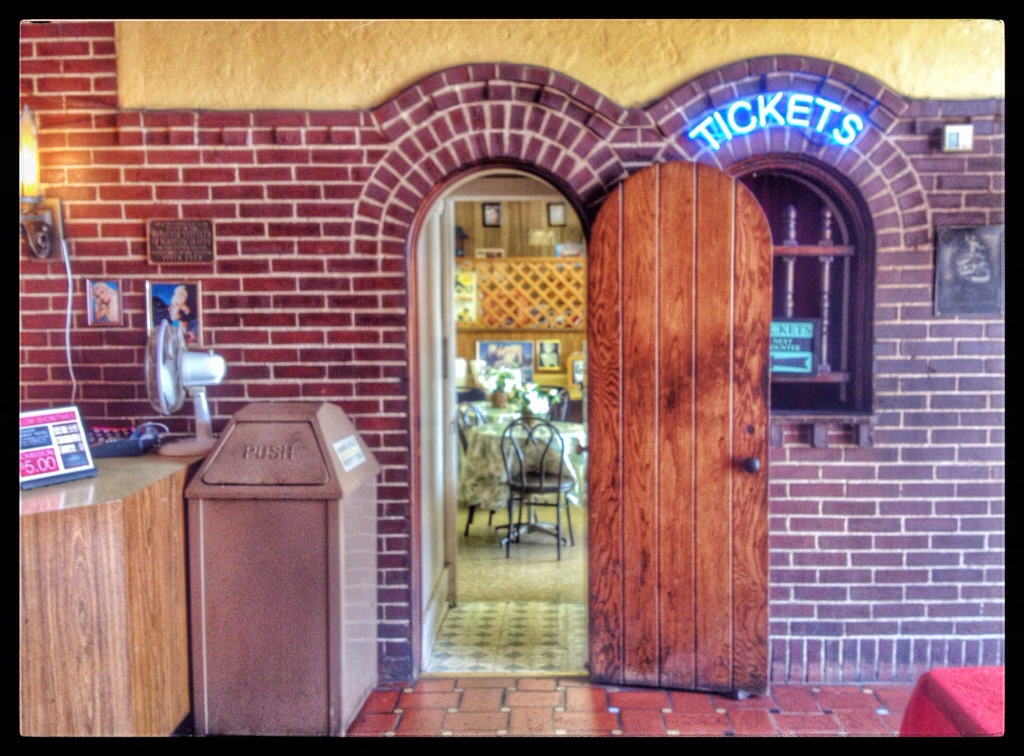 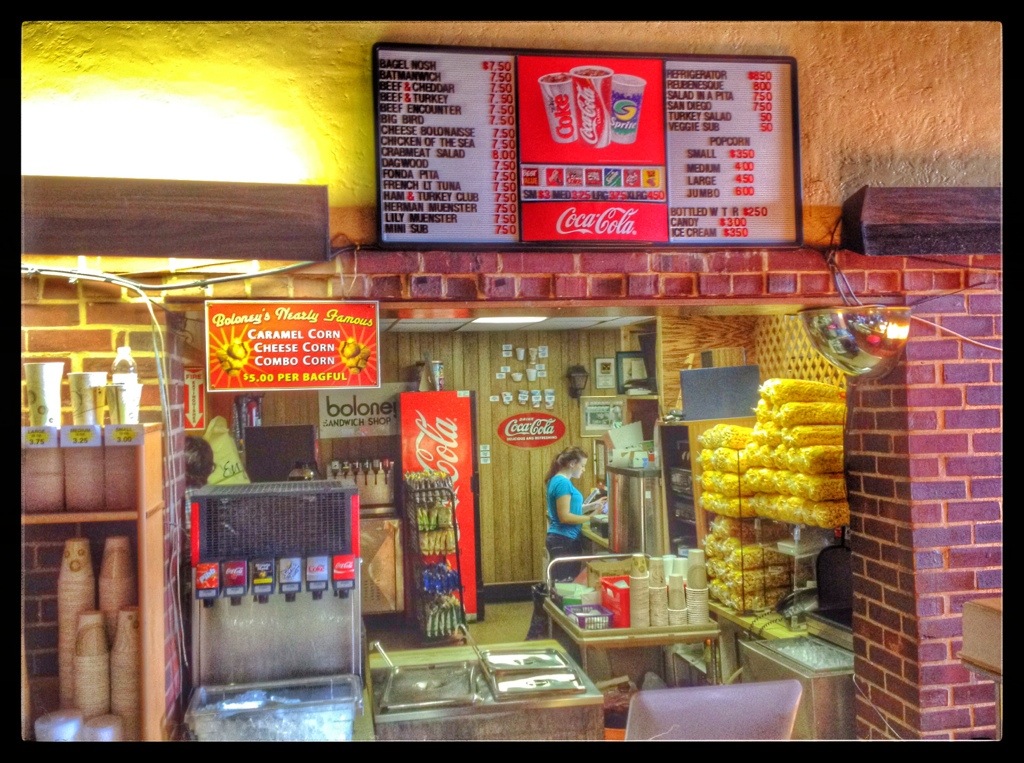 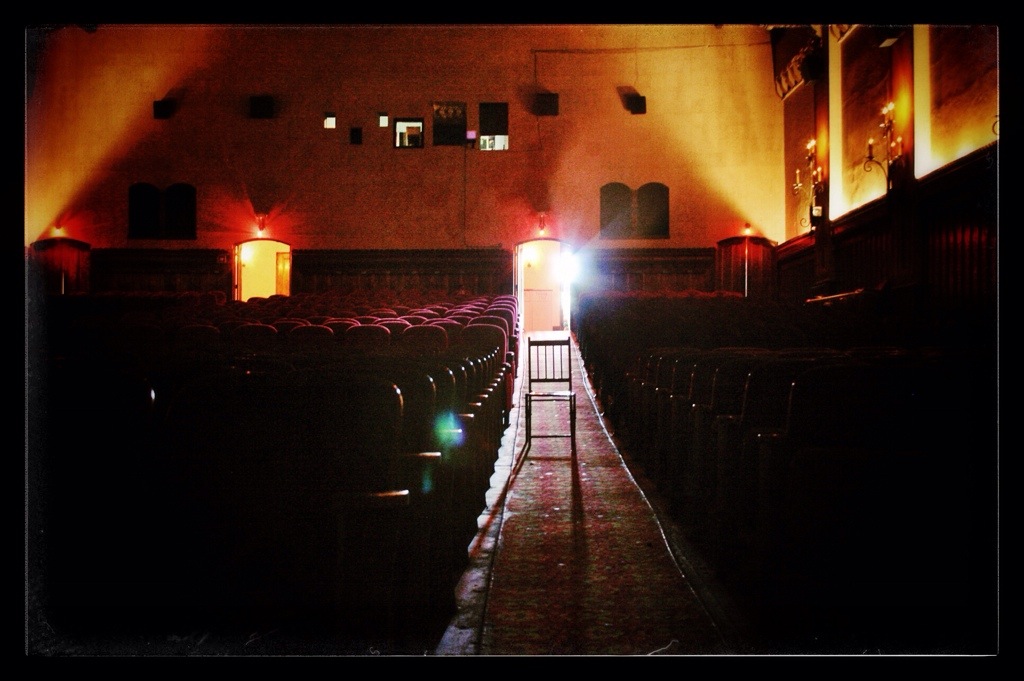 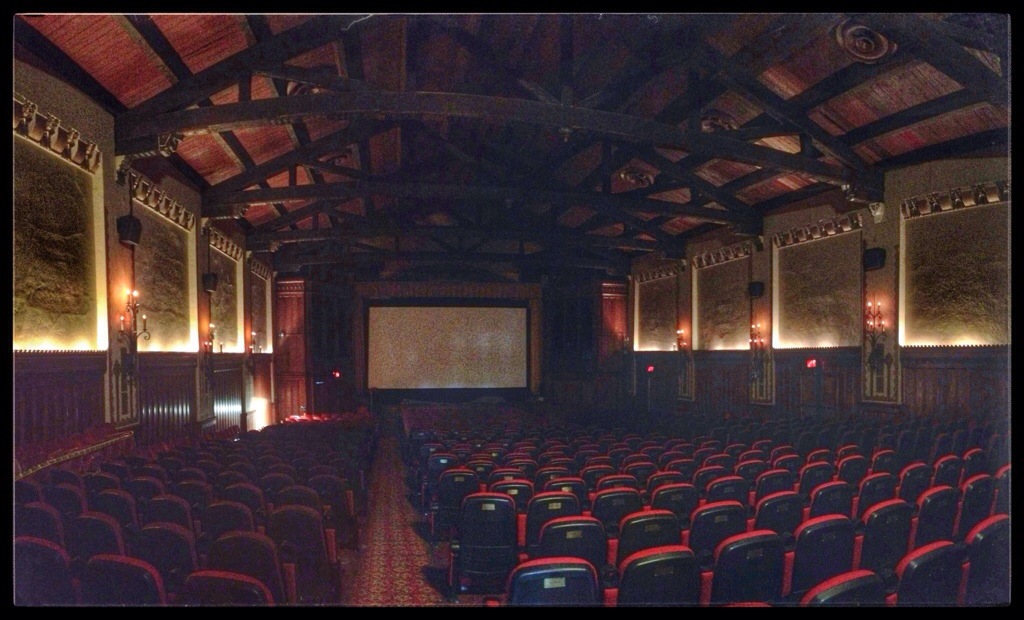 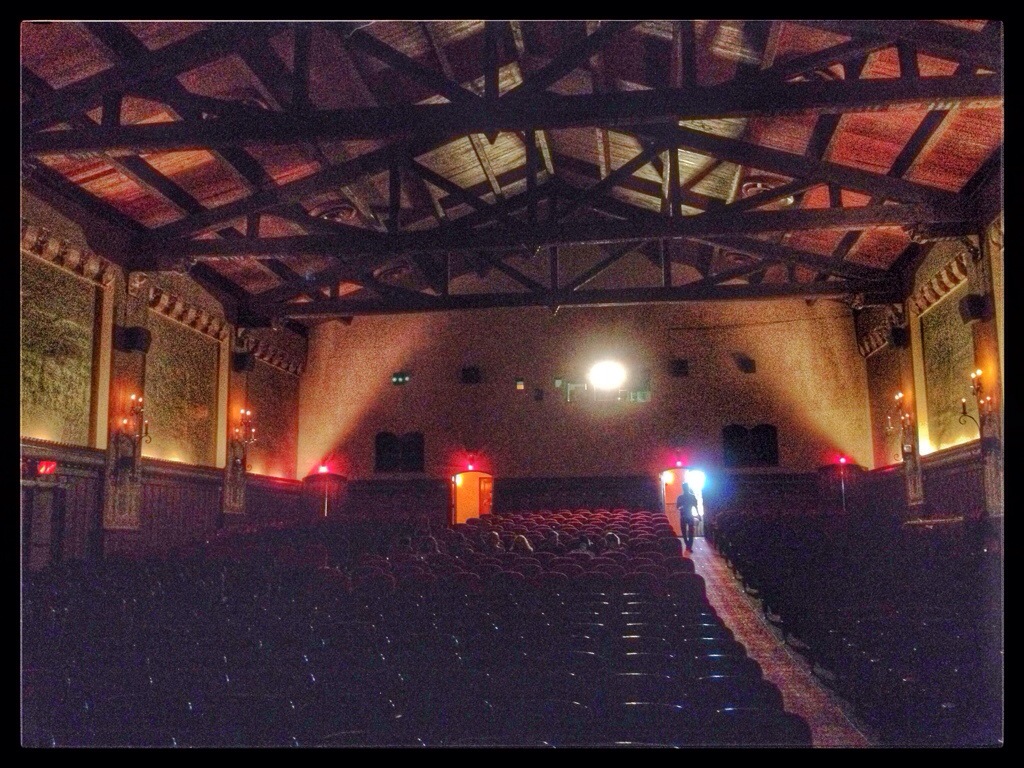 I also stepped into Baloney’s, the sandwich shop next door for a couple shots. We bought lunch here before the movie. 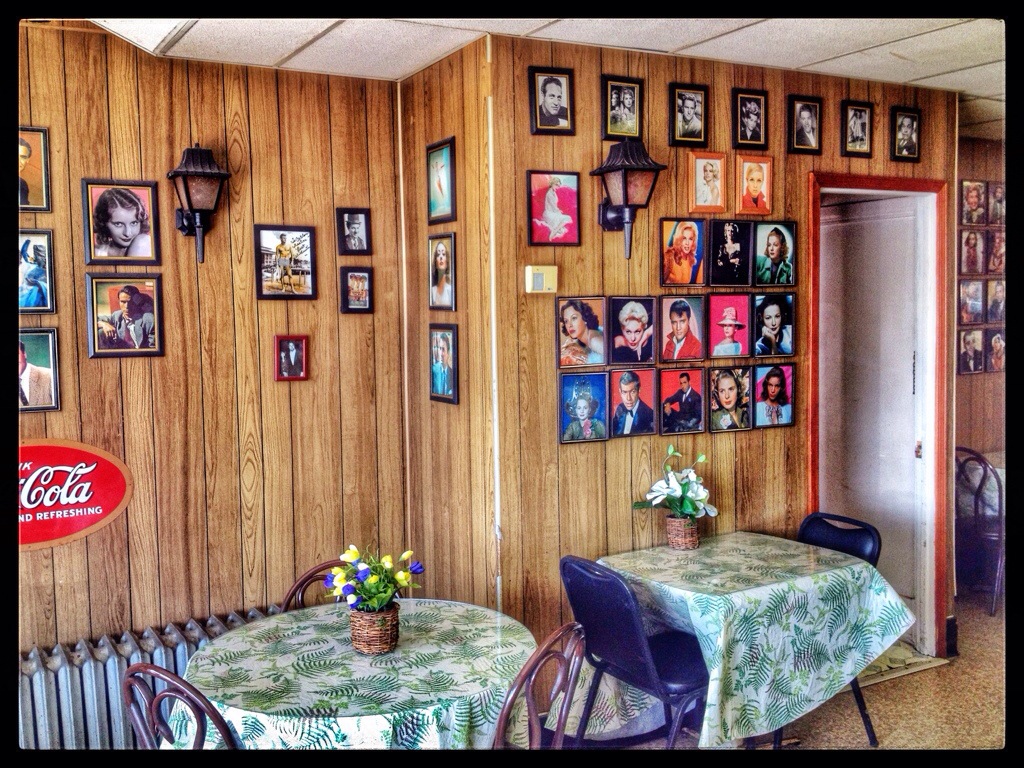 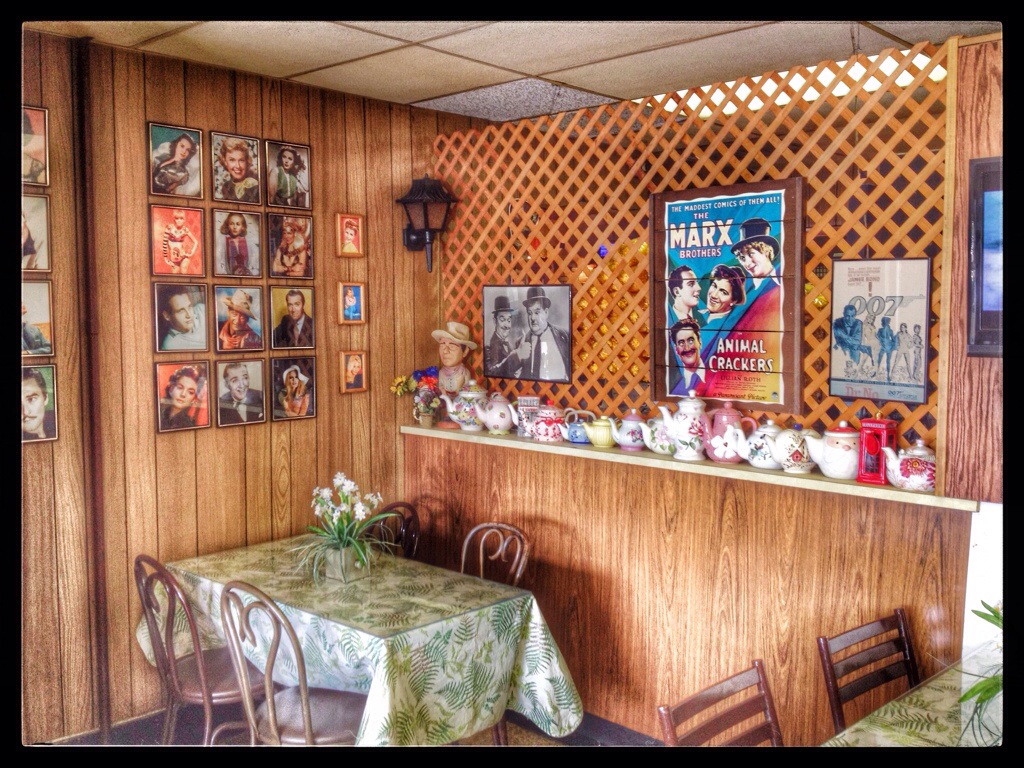