The town of Moreland Hills, where Garfield was born in 1831, is only eleven miles from Lakeview Cemetery where he is buried. The town has constructed a log cabin behind city hall. It isn’t spot where Garfield’s cabin was located, but it looks very similar to what the Garfield cabin might have looked like. He was the last president born in a log cabin. His father died when he was two and he spend his childhood in poverty. 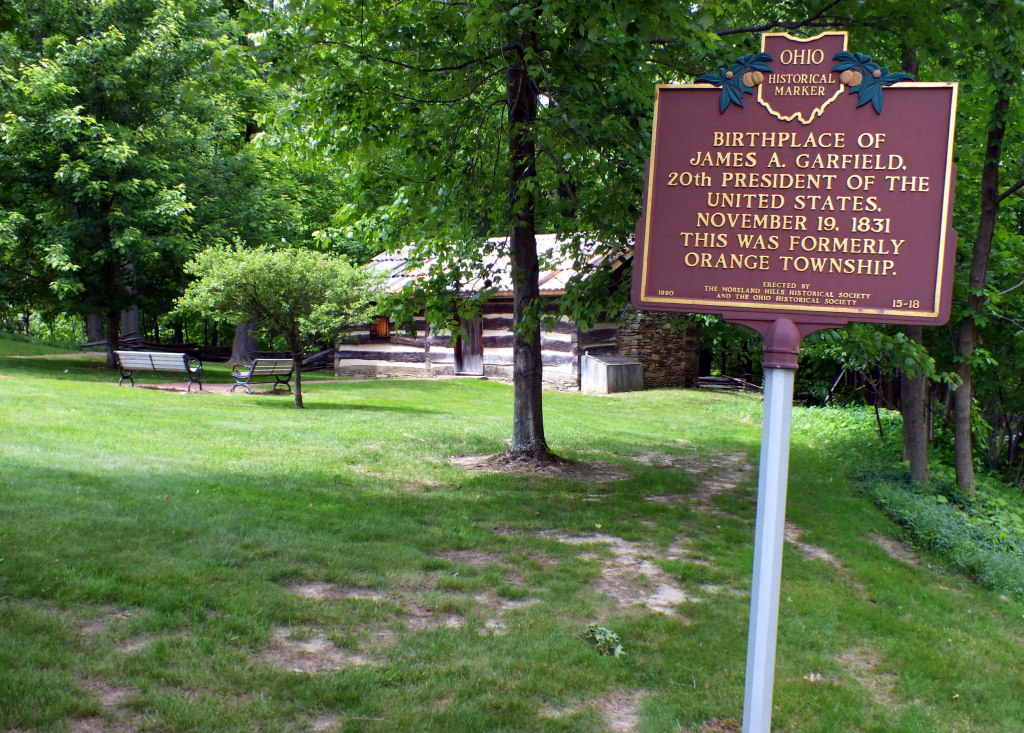 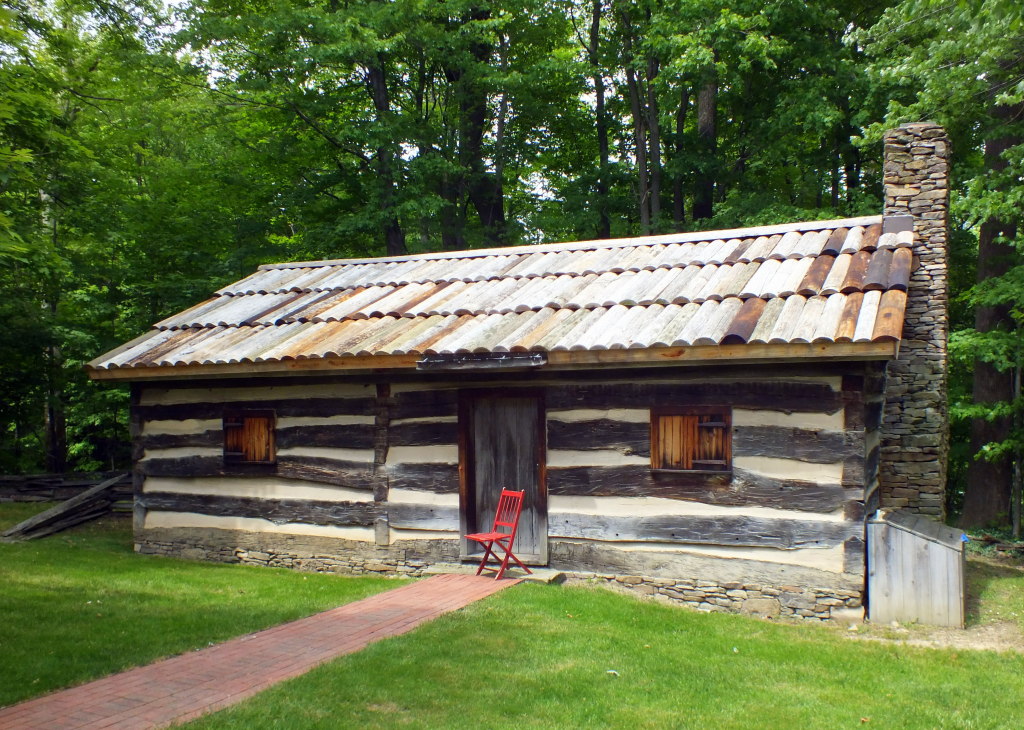 There’s a statue of Garfield as a boy by the cabin. 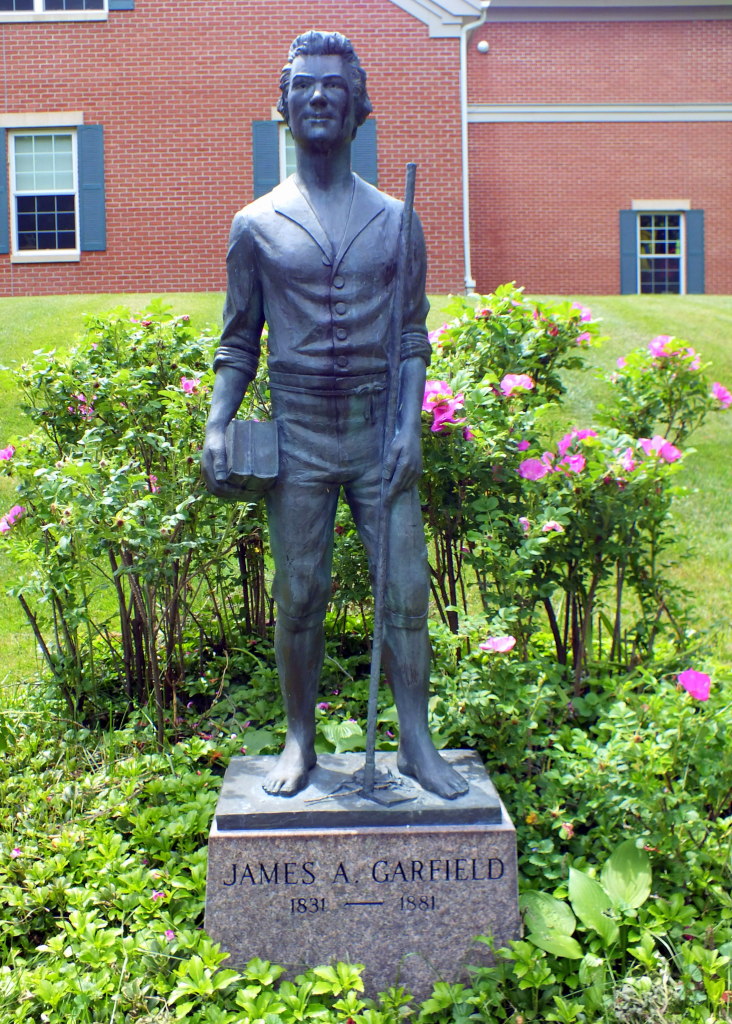