After touring Garfield’s house, we drove about 20 miles into Cleveland to Lake View Cemetery to see his tomb. (A couple weeks later we received a souvenir of this drive in the form of a red-light camera ticket that cost us $100.) We parked behind a car that was festooned with liberal bumper stickers. I was making fun of them as we got out of the car. Just then, the owner of the car came along. He noticed our Illinois plates and started a mostly-one-sided conversation as though we were the best of friends. Among other things, he tried to talk us into an architectural tour of the cemetery with him and his wife. He walked with us to the tomb and we didn’t lose him until his wife intercepted him on the stairs. 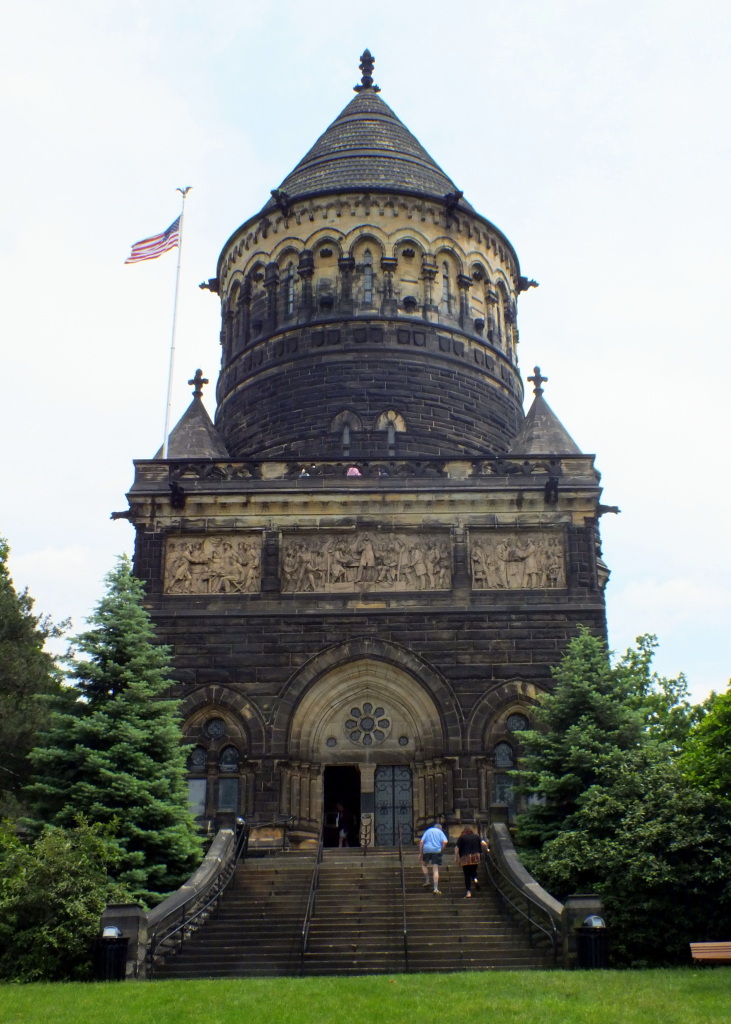 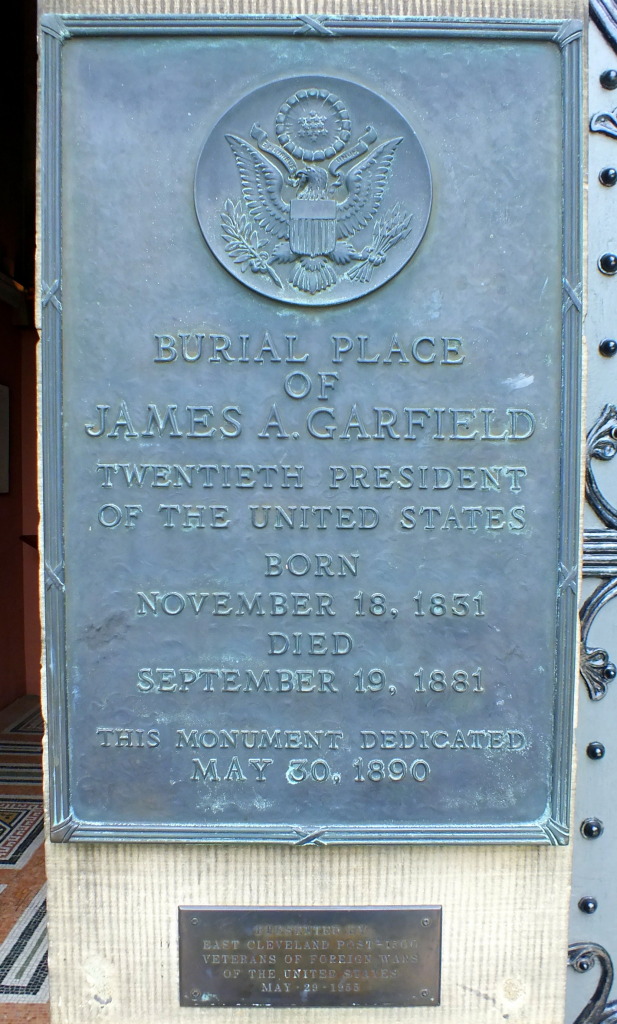 We walked inside the main floor, to a room with a statue of Garfield surrounded by stained-glass windows and mosaics. A guy came in and gave us a talk on Garfield and the tomb. Each of the windows represents a different state. 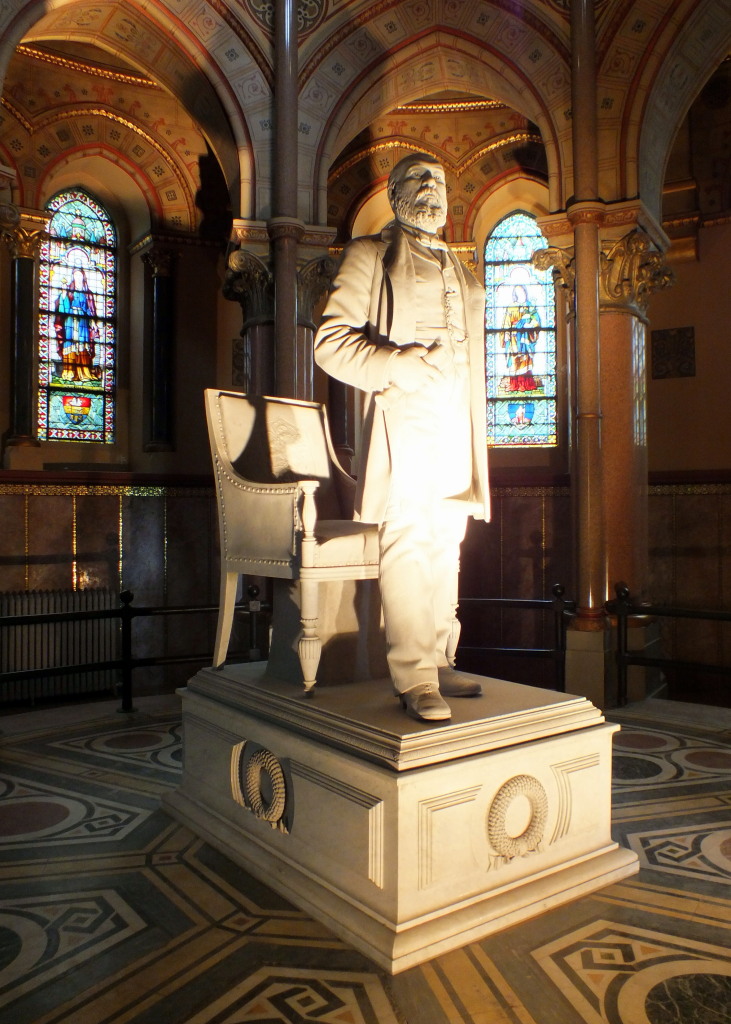 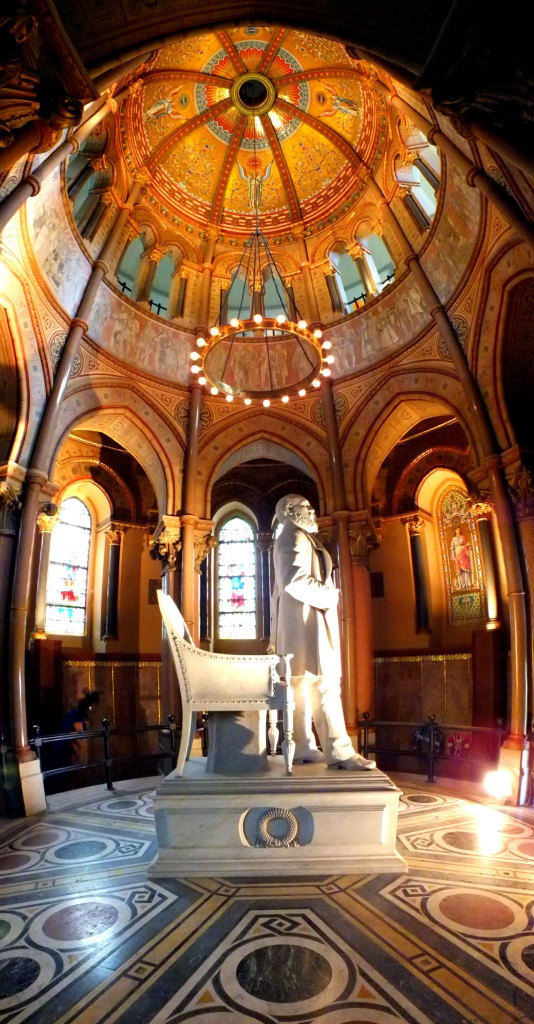 We walked downstairs to the crypt where the caskets of James and Lucretia sit. The urns hold the remains of their daughter Mollie and her husband Joseph Stanley-Brown. 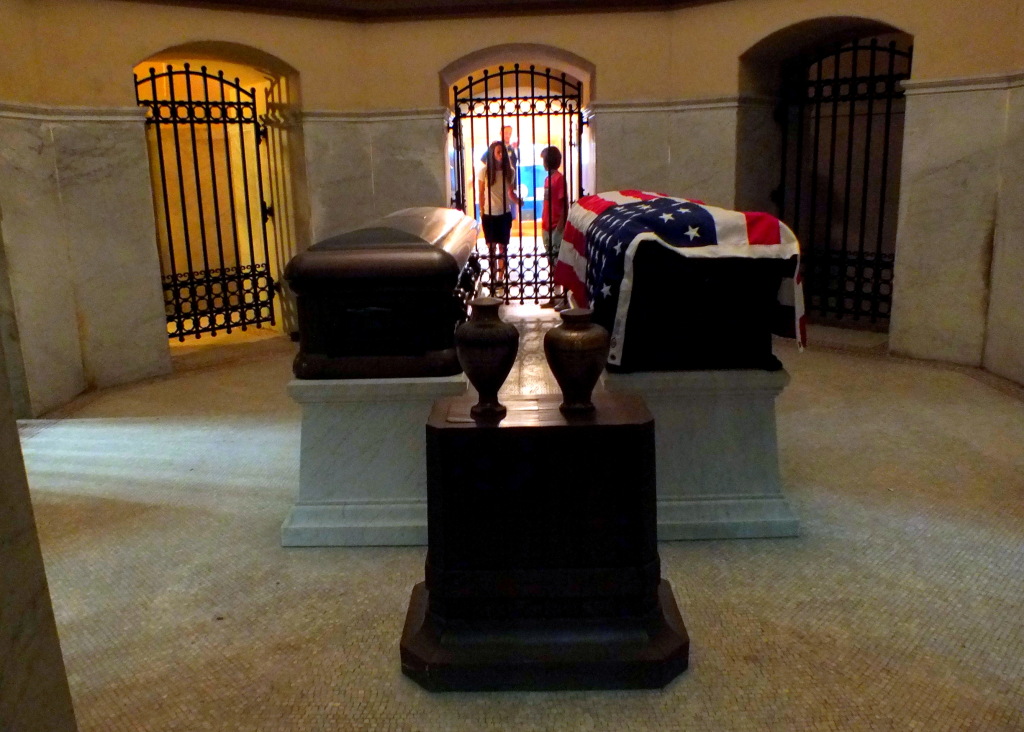 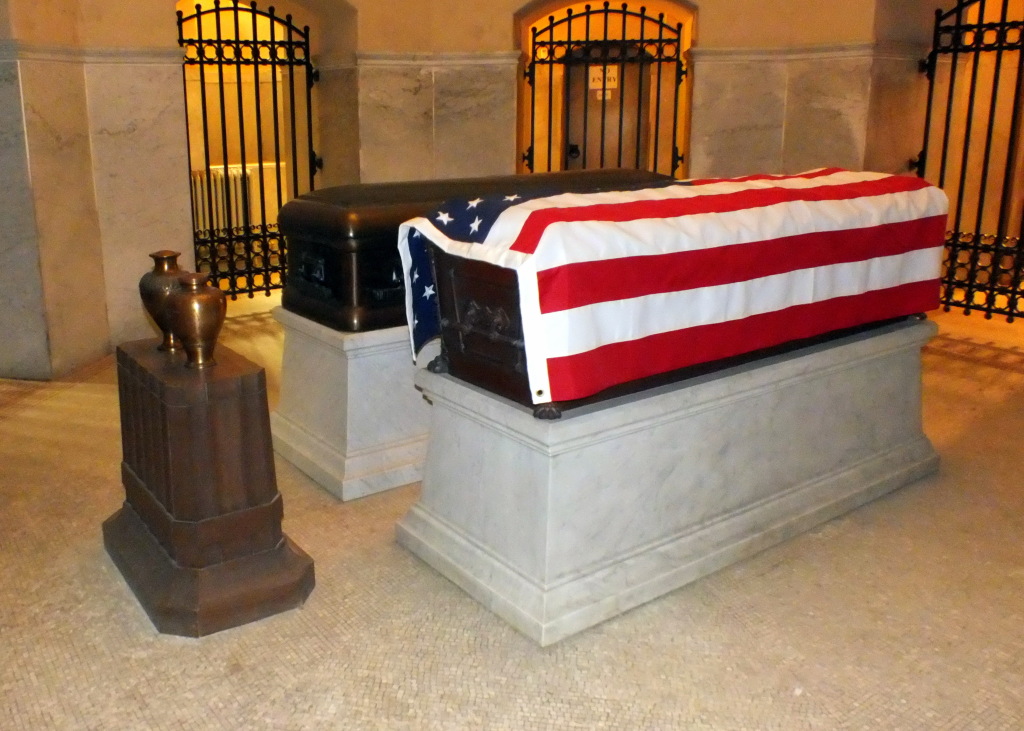 We then climbed the winding steps to the second level where we could look down on Garfield’s statue. 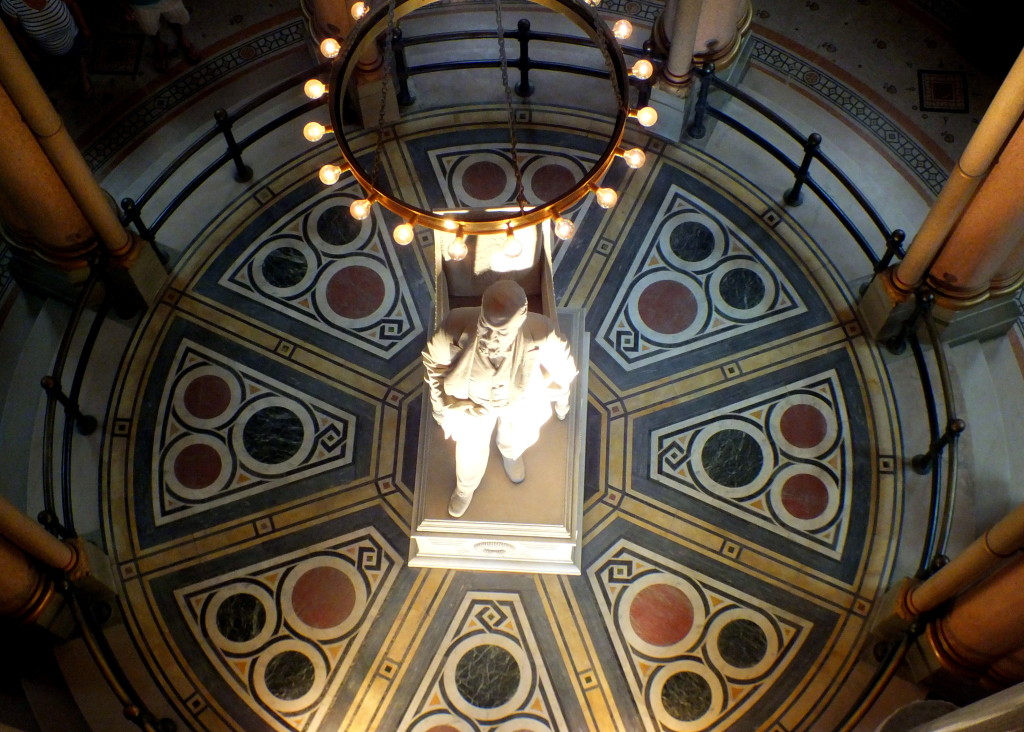 We thought the mural of Garfield’s murder which was painted above the stairs was a bit morbid. 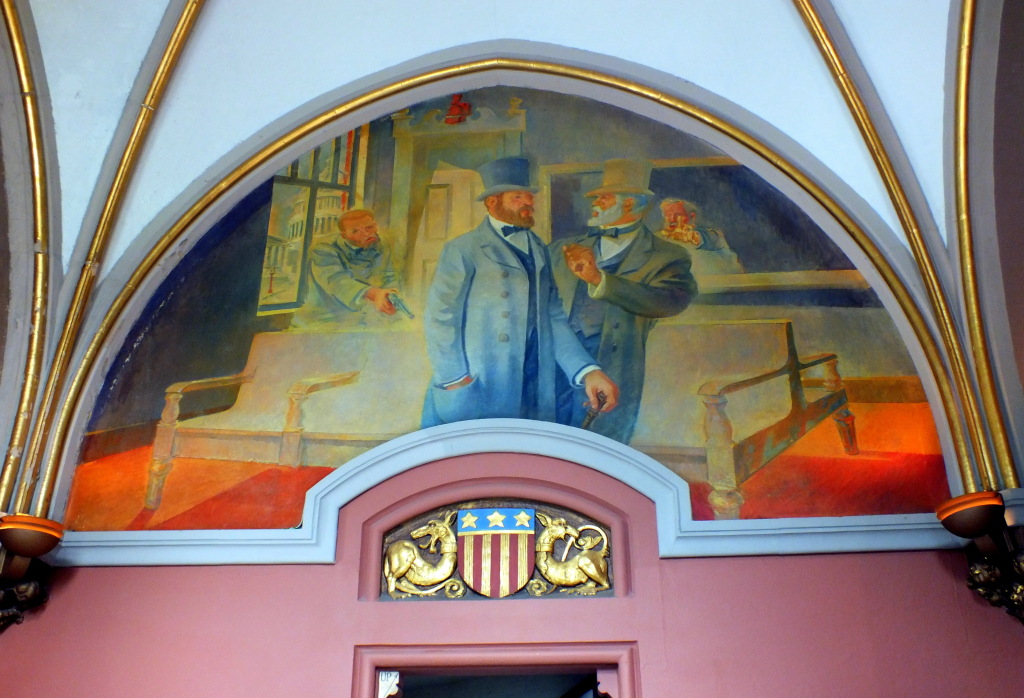 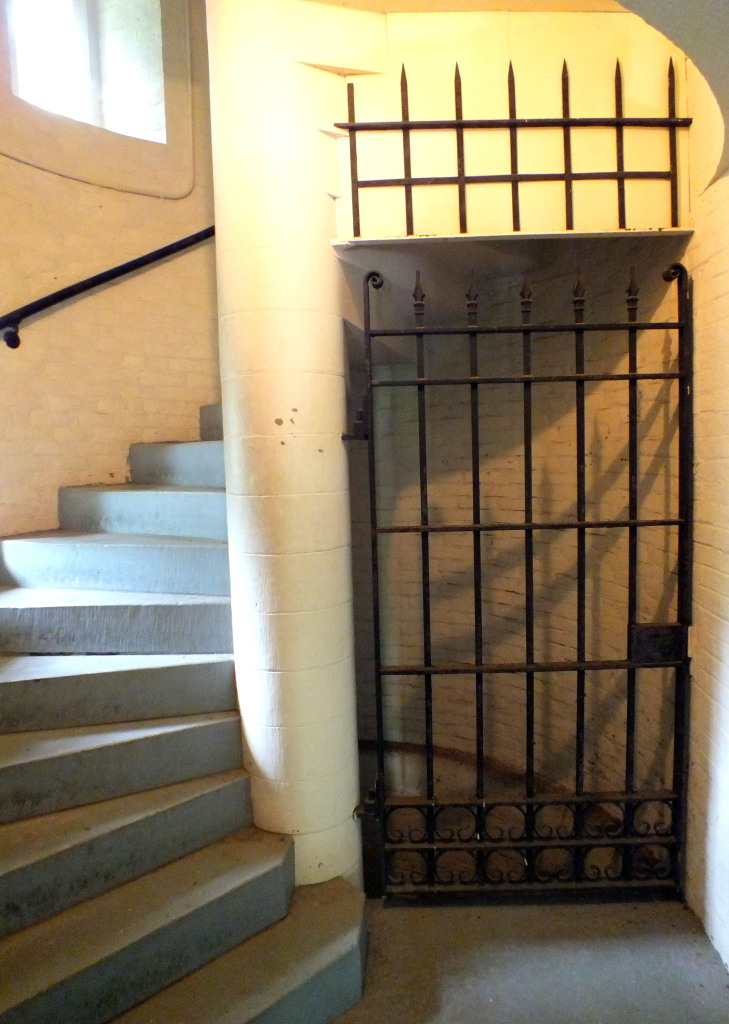 Then up again to the balcony that looks out over Cleveland and Lake Erie. 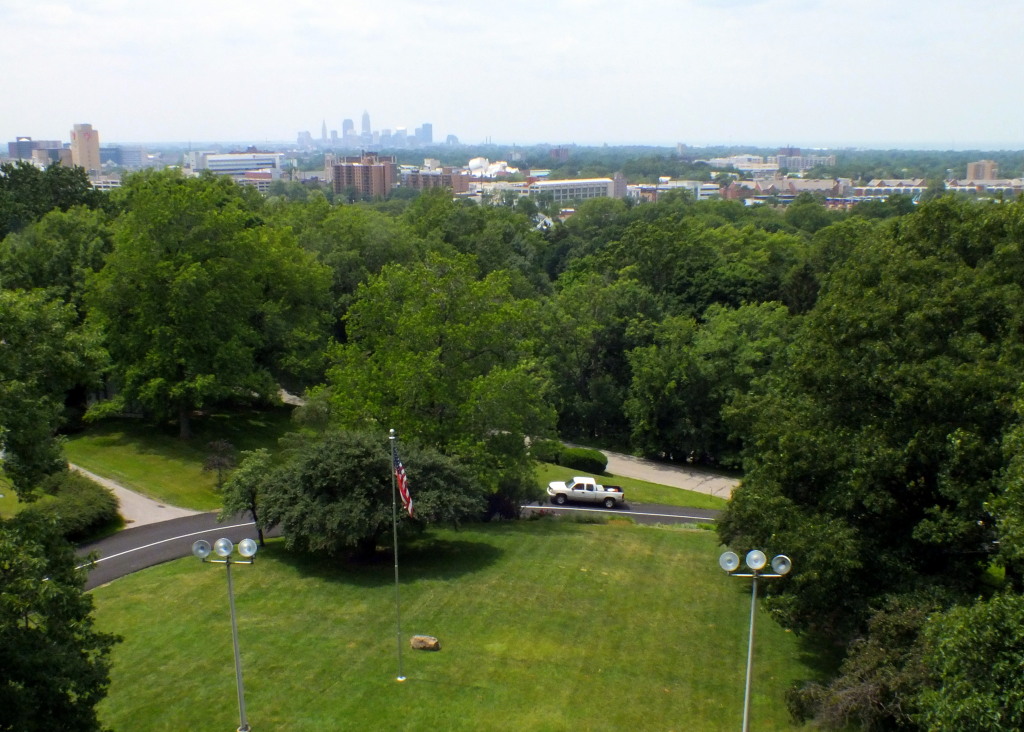 The outside of the building was Gothic in style and atmosphere. It had a series of relief sculptures of incidents in Garfield’s life. 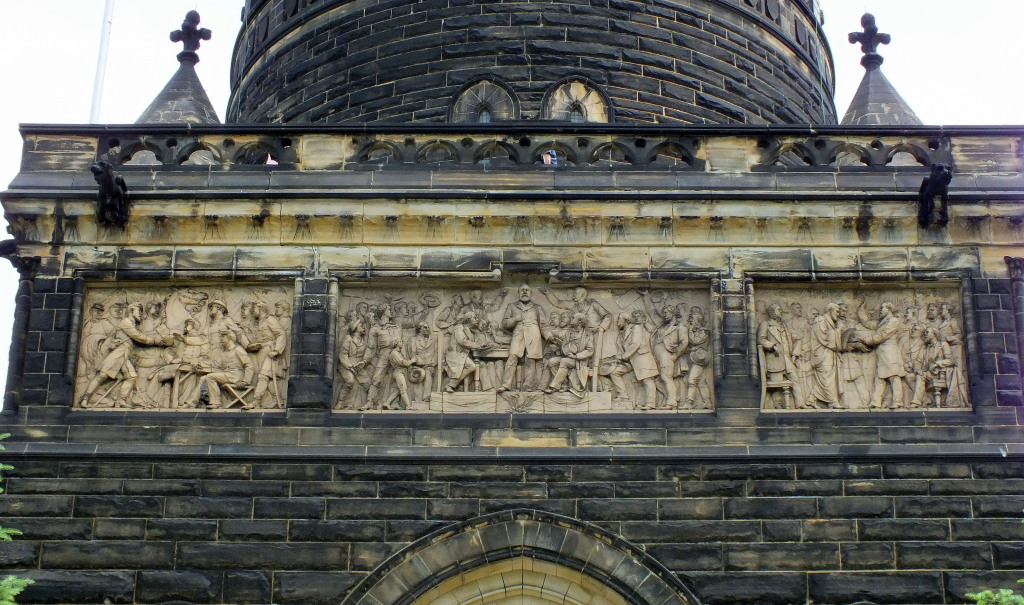 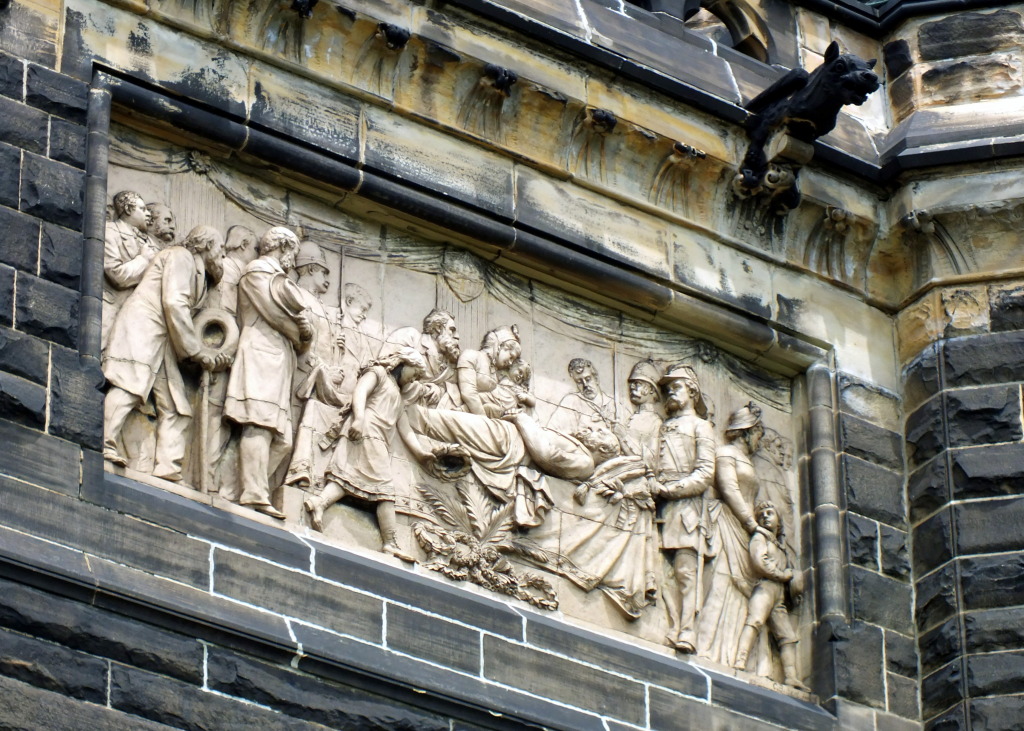 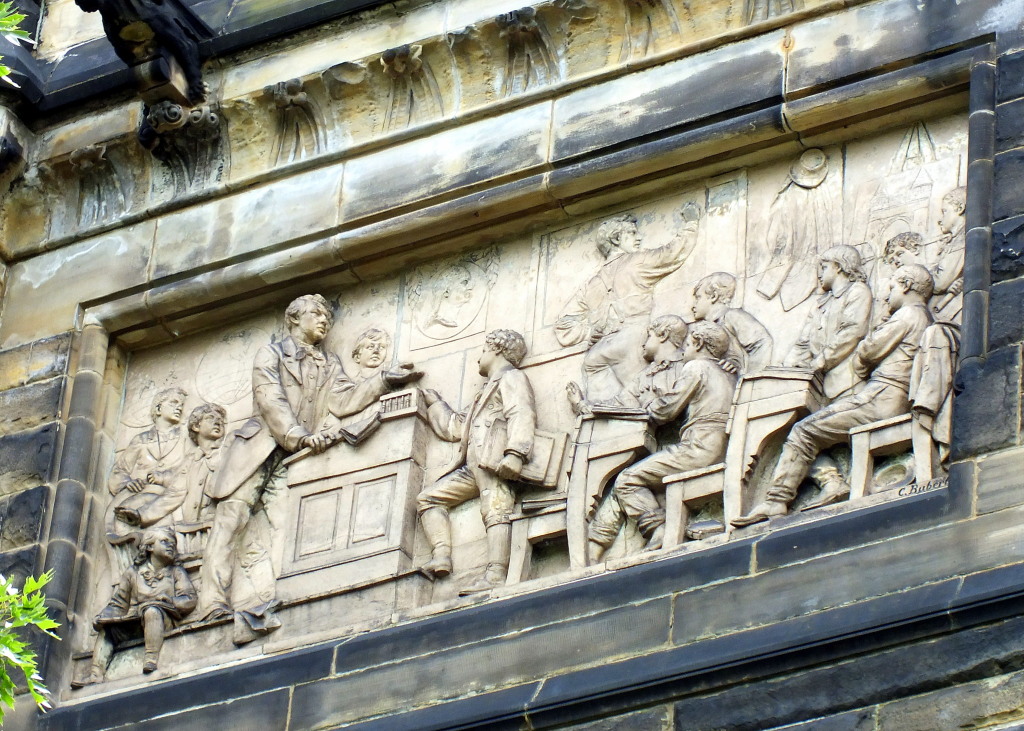 My wife thought the entire structure was a bit scary. 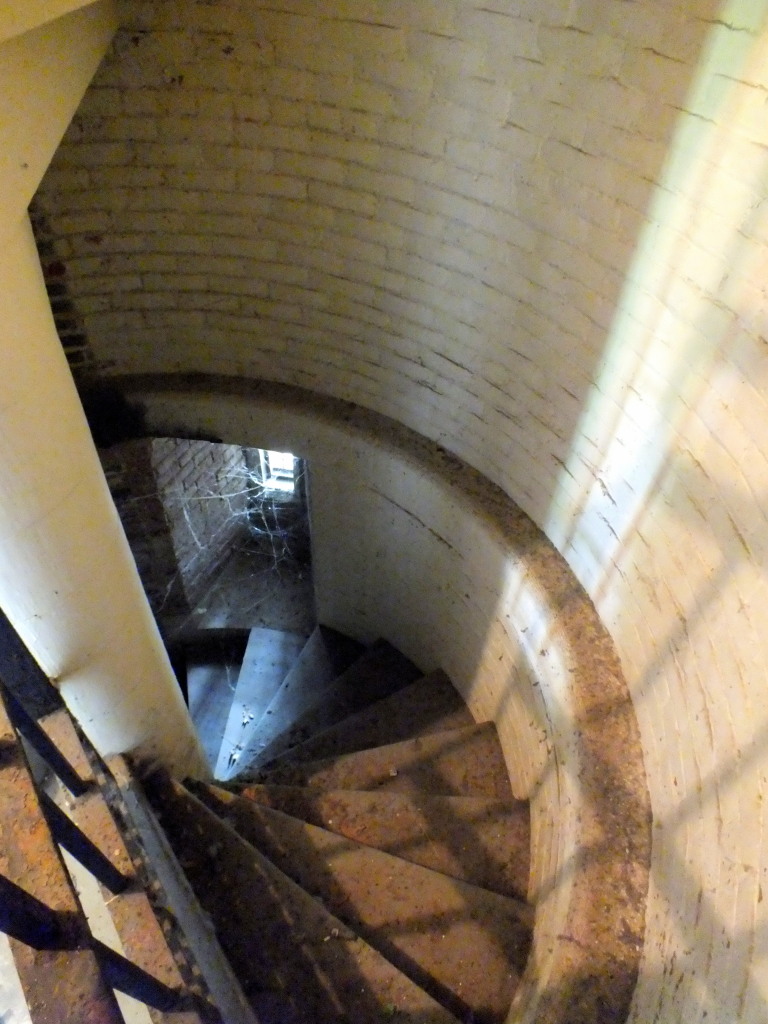 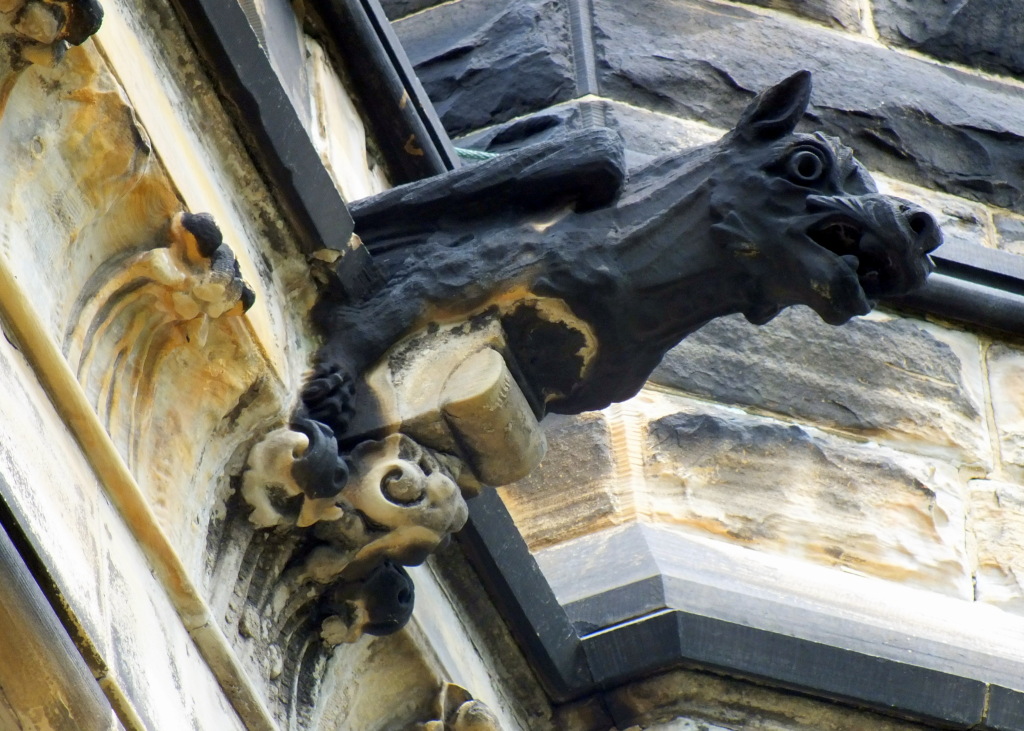 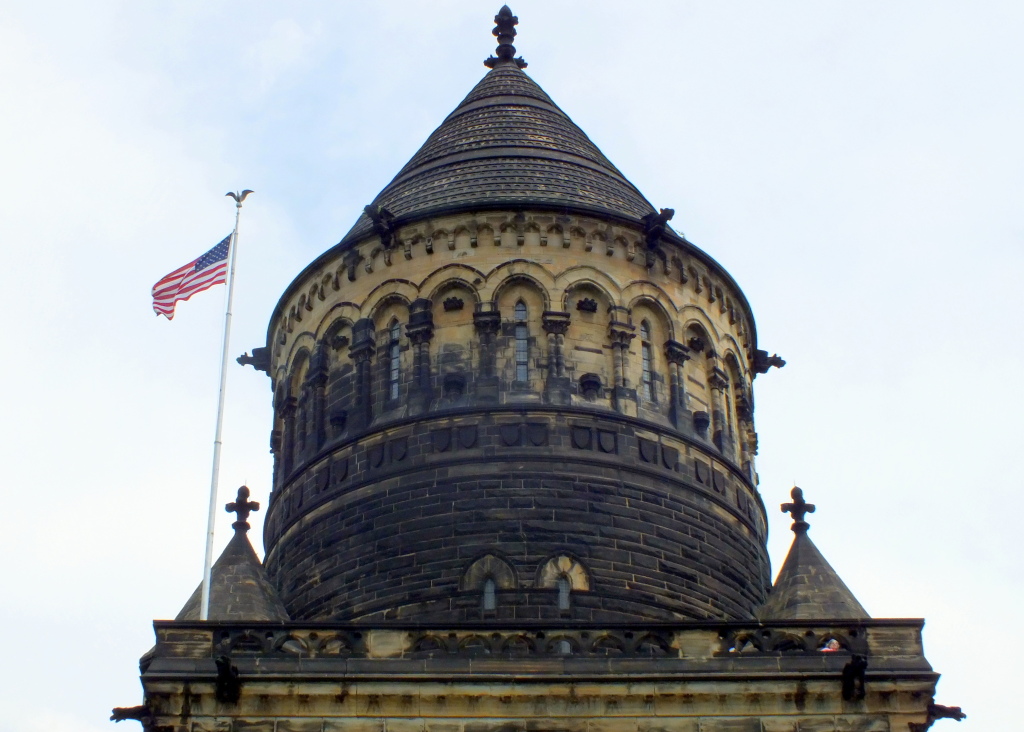 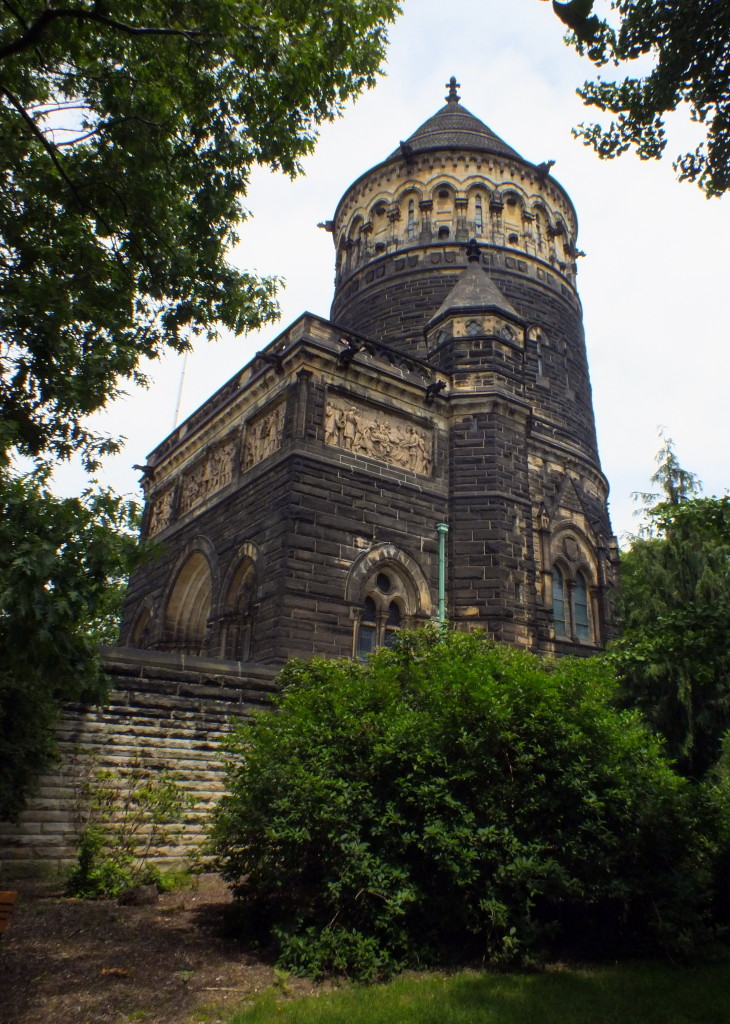 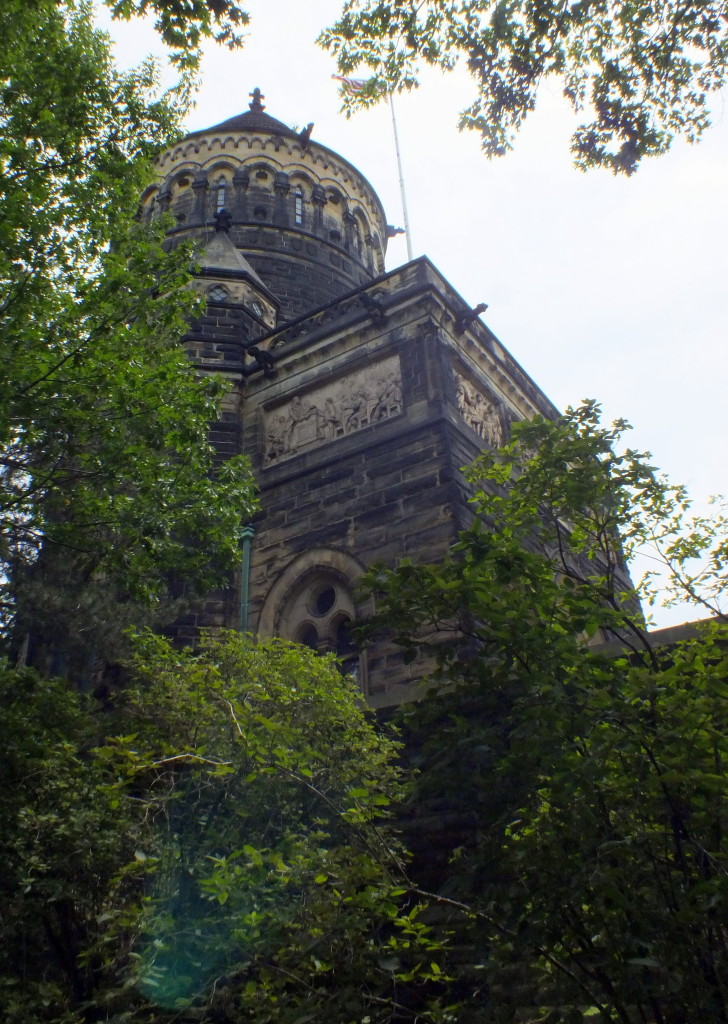 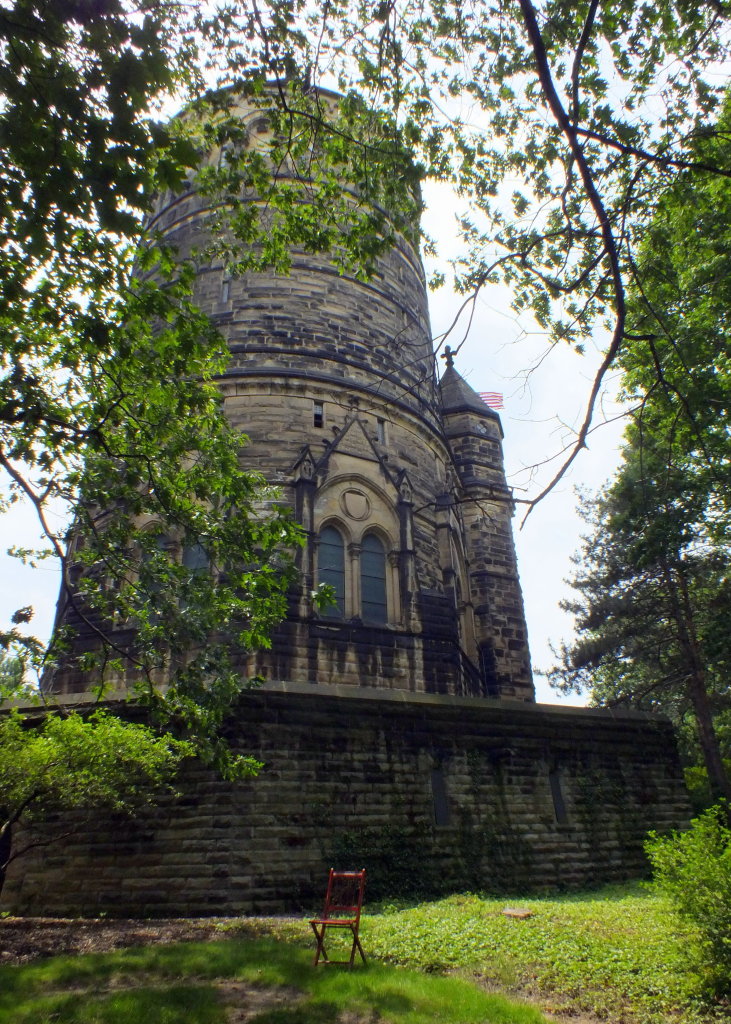 I thought the scariest thing was the placement of this wasp nest. 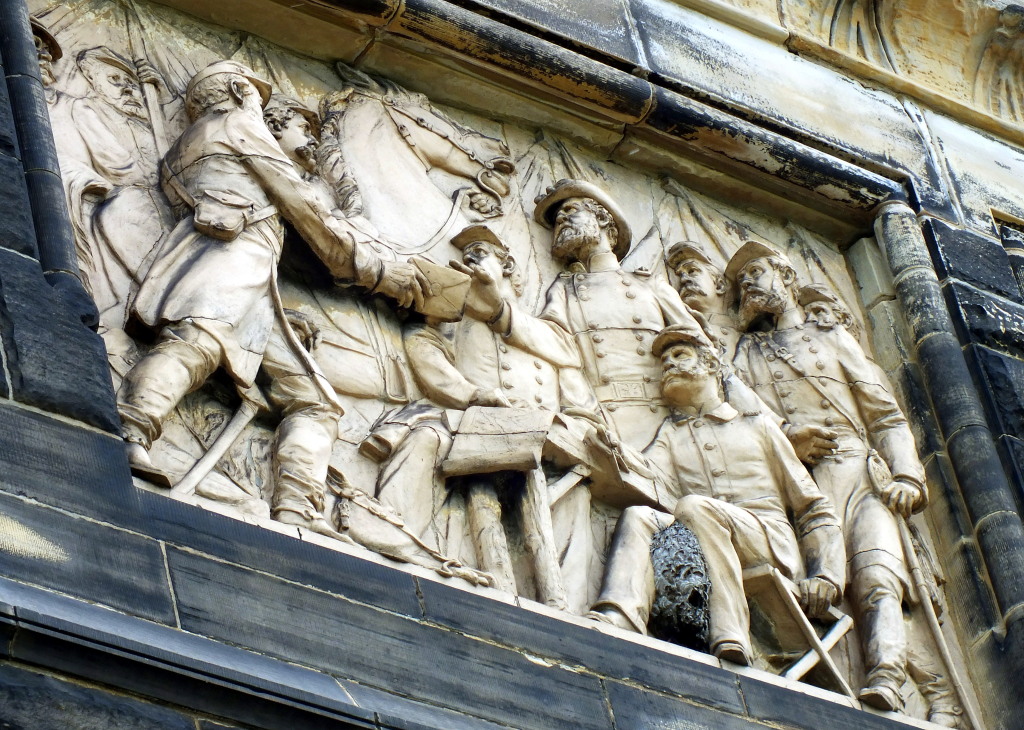