I toured Garfield’s house back in 2001. I remember the guide back then as being conceited and impatient with questions. My blog entry from back then paints a somewhat different picture, but that’s the impression that stuck with me.

My wife hadn’t been with me that trip, so we went back on a Sunday morning for another tour. Our guide this time was much the same — perhaps being full of one’s self is part of the job description … He began his tour by telling us to ask any questions, so I did. But he kept putting me off by saying that he would cover the topic later in the tour. Which he did, but as part of his spiel and not in a terribly interesting way. The one question that I asked that wasn’t part of his spiel, he couldn’t answer: “What denomination was Garfield ordained by?” He kept putting me off and at the end of the tour when I asked again, he said “Anybody with a smart phone could look it up.”

We shared our tour with four others, a lone woman and an Asian couple and their daughter. The man understood no English and spent most of the time wandering off into adjoining rooms. 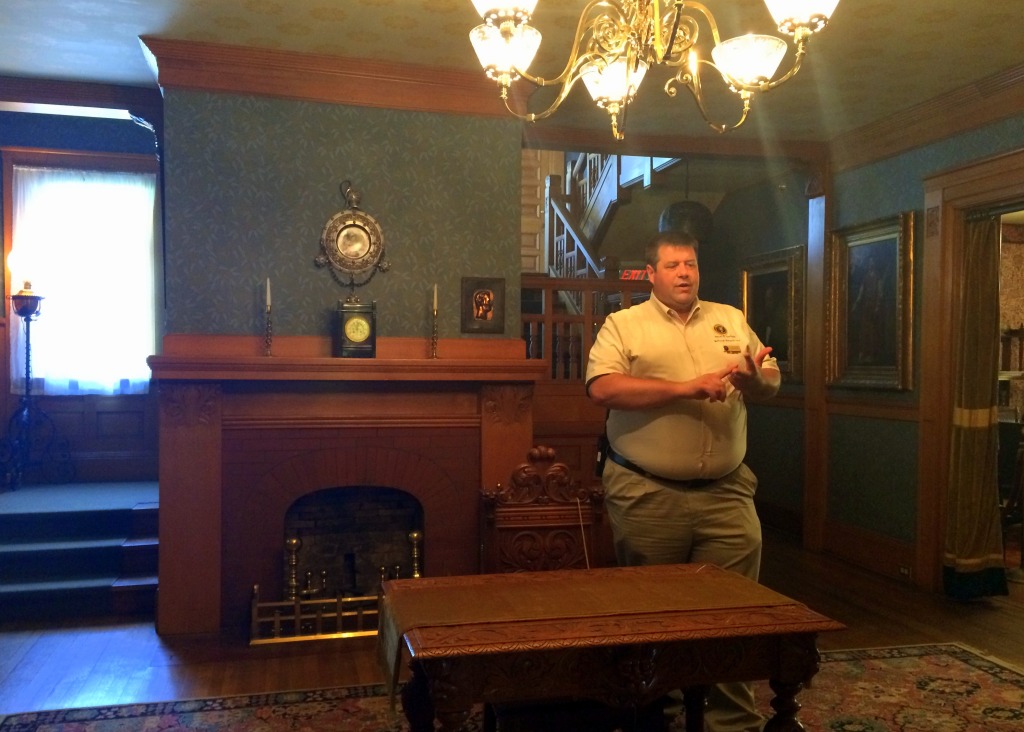 James and Lucretia were married in 1858. James worked as a teacher, college principal, minister, state legislator, lawyer, Civil War General and congressman before becoming President. They purchased the farm in Mentor in 1876 and enlarged it to accommodate their family of seven children (two of whom died young). 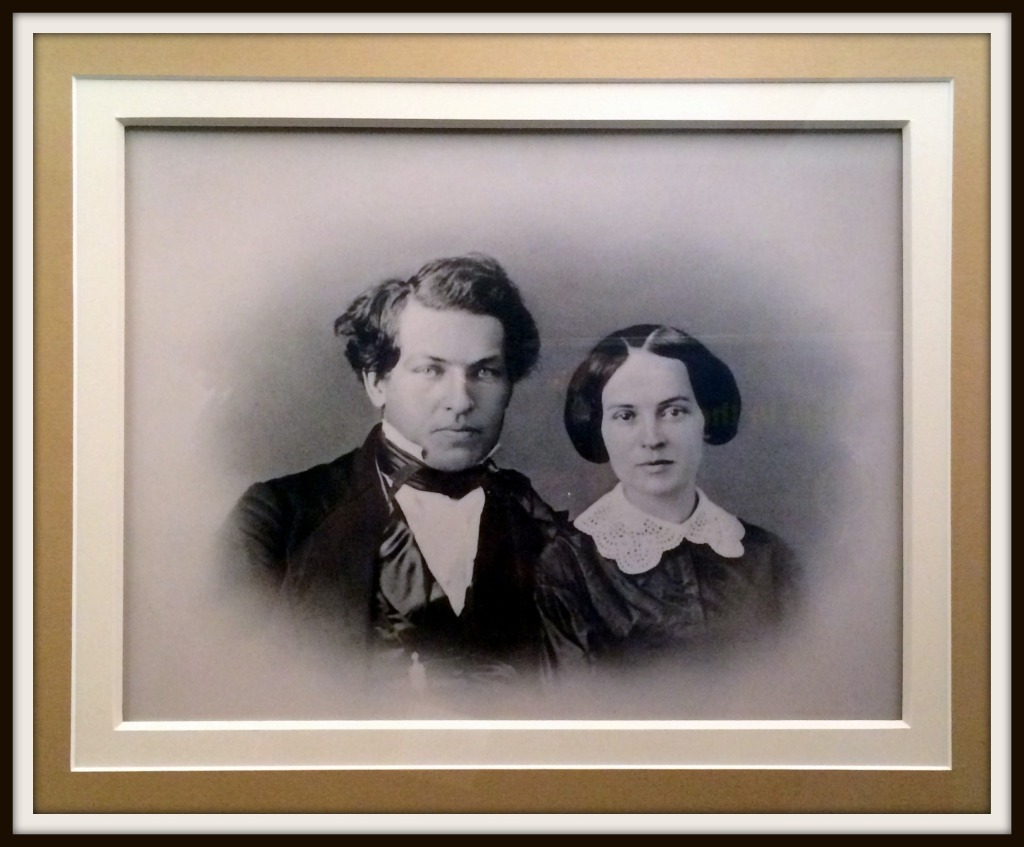 Unlike last time, I was allowed to take photos inside. I’m not sure I remember where in the house all these photos were taken, but I’ll do my best. 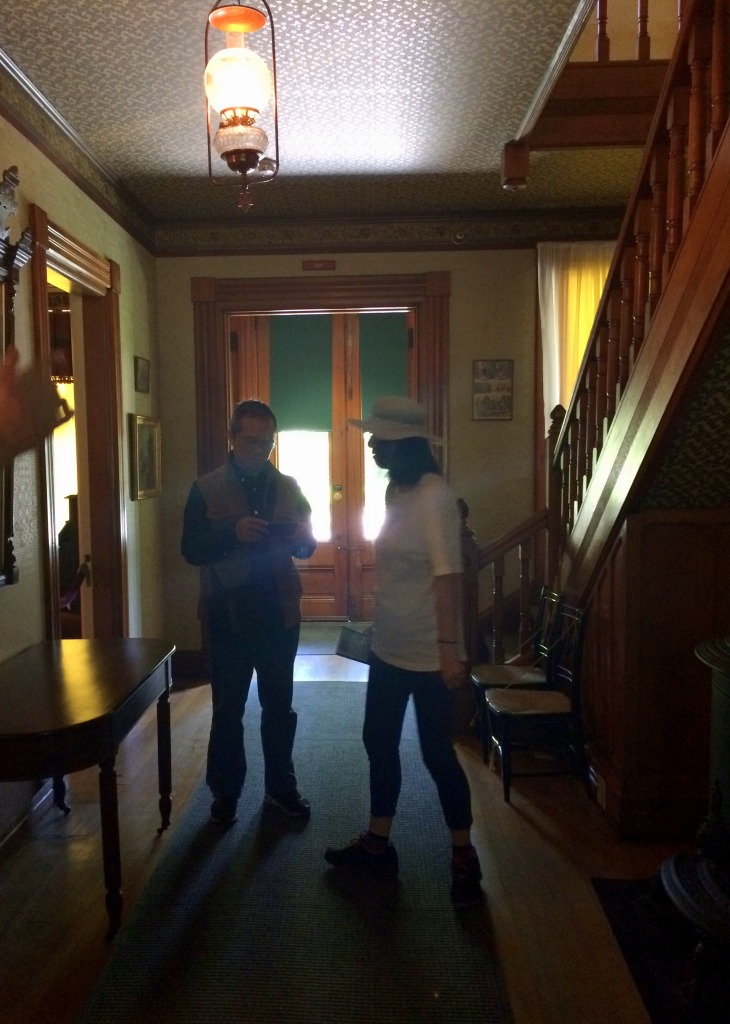 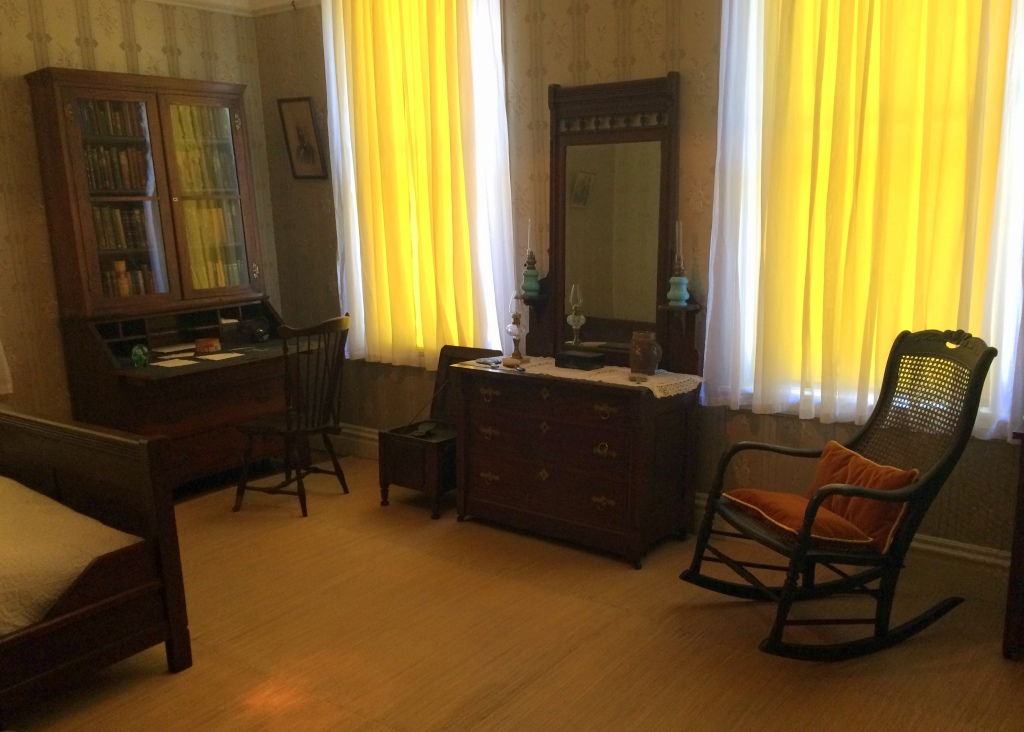 The woman in the portrait is Garfield’s mother who lived with the family. 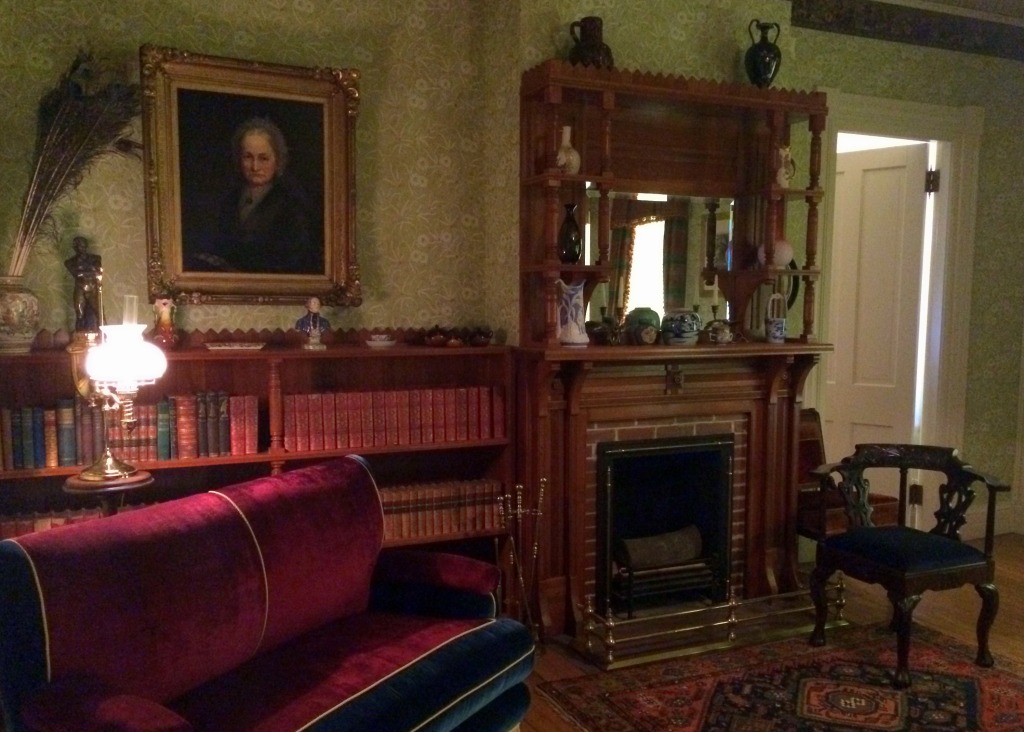 James’ mother’s bedroom. Note all the pictures of James, including the one in stained glass. 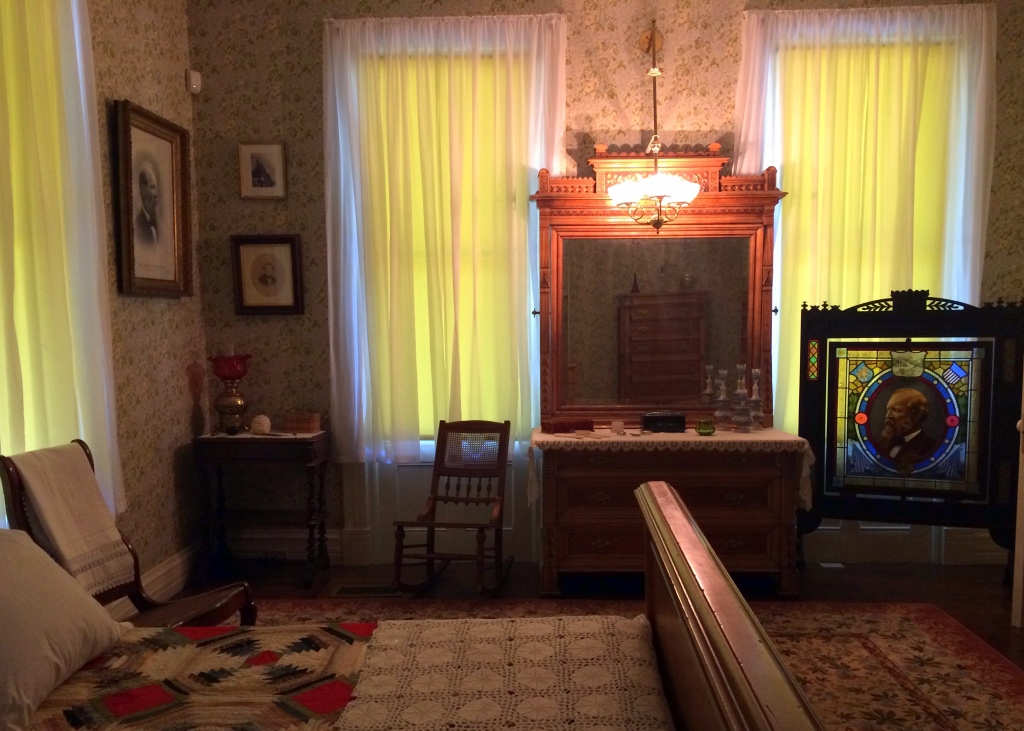 Three photos from the dining room. This was our favorite room in the house. 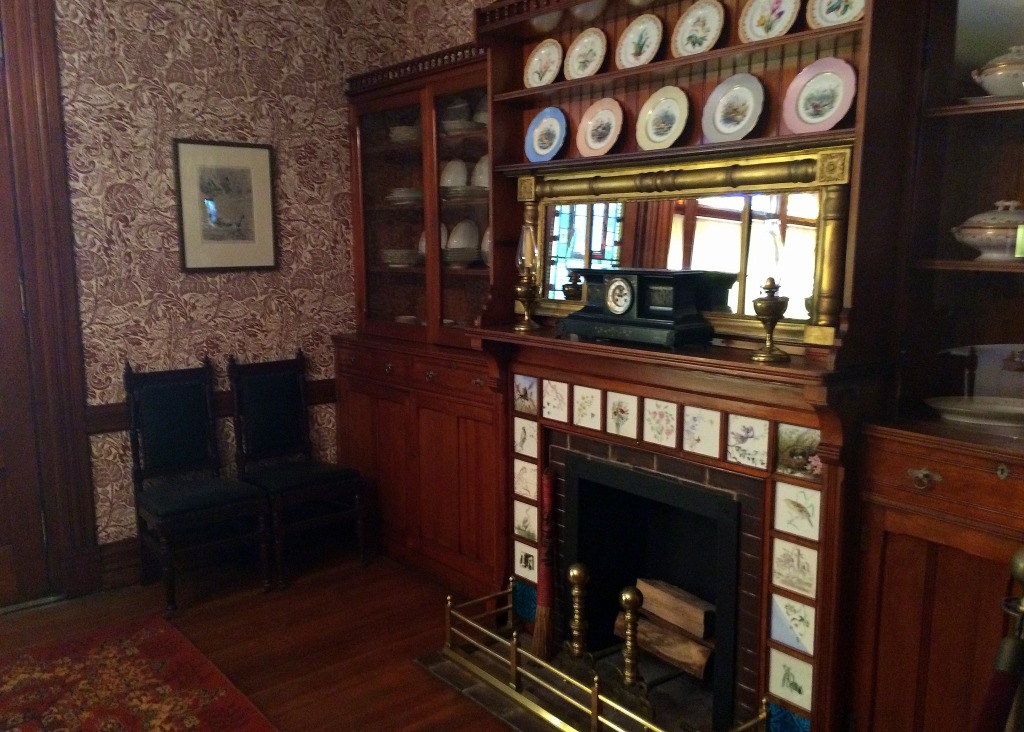 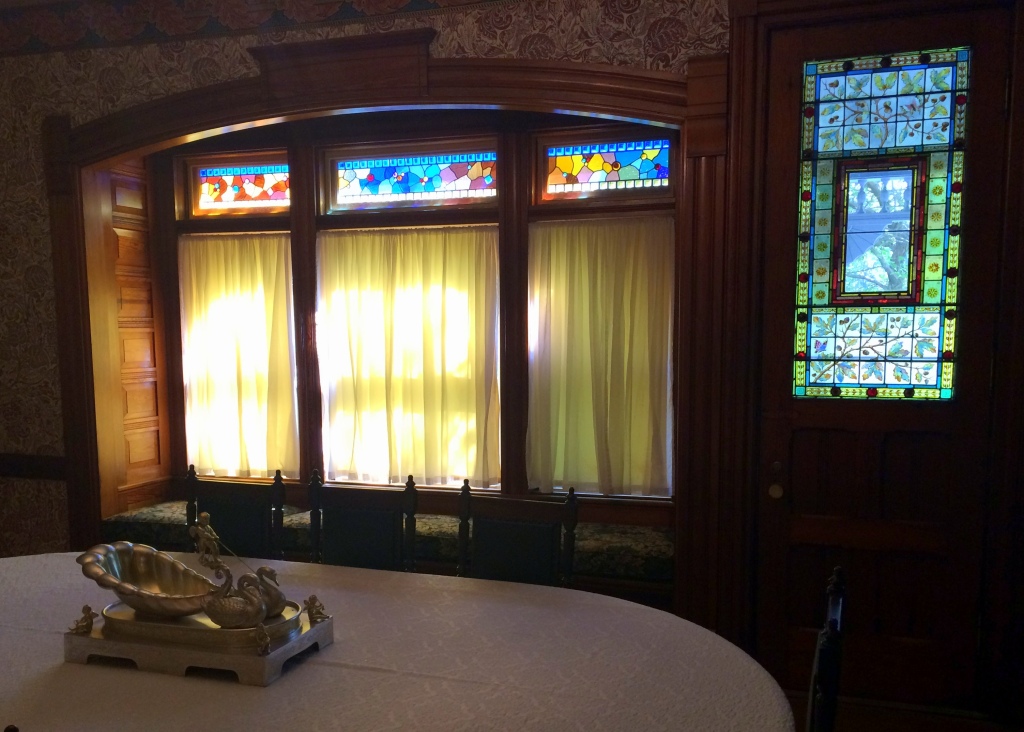 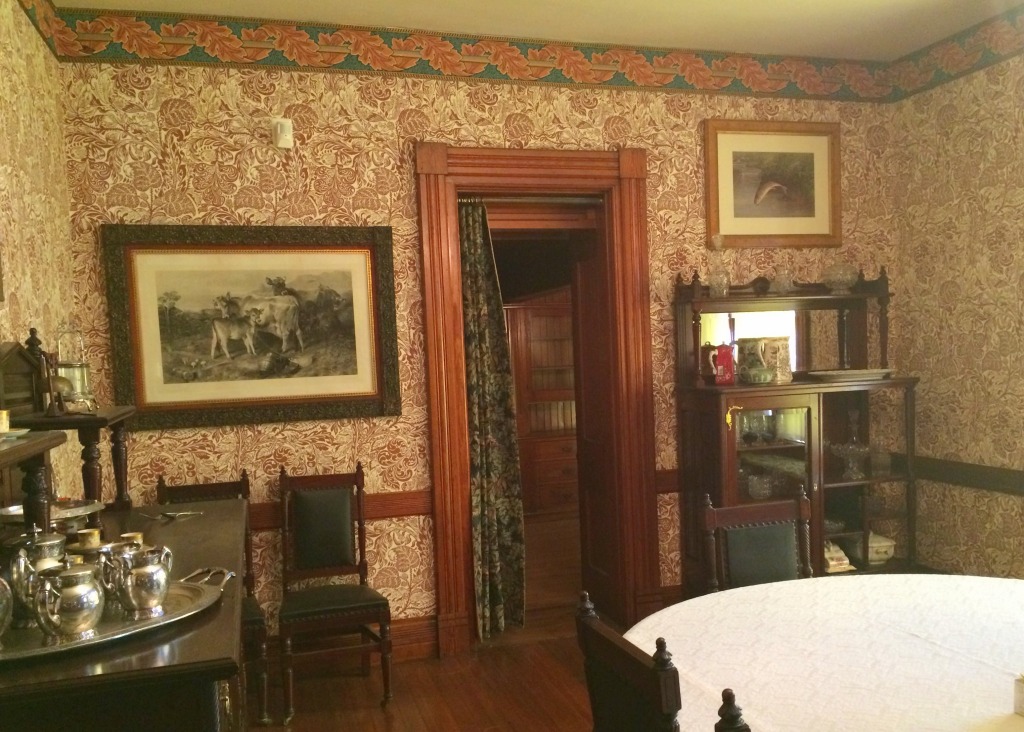 A portrait of James in his Civil War General’s uniform. It was painted by some woman who painted several portraits in the house. The guide tried to make a story of this, but I don’t recall who she was or why we were supposed to care. I think she used her own hands to model his. 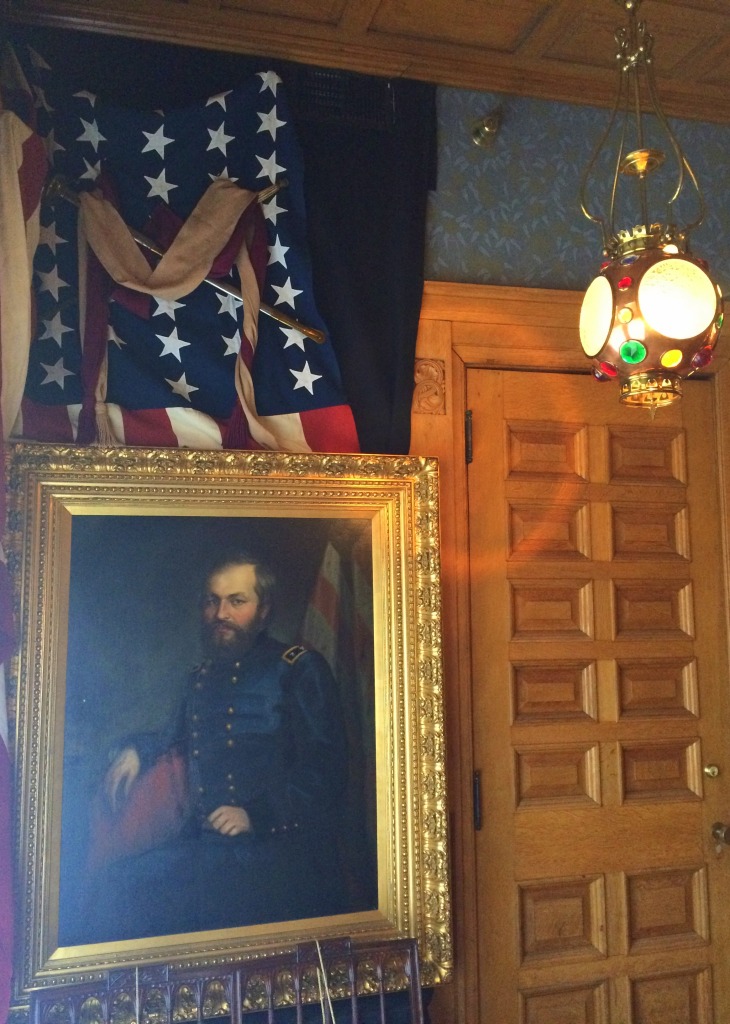 Three shots of the library, built by Lucretia after Garfield’s death as a place to keep his books and preserve his papers. 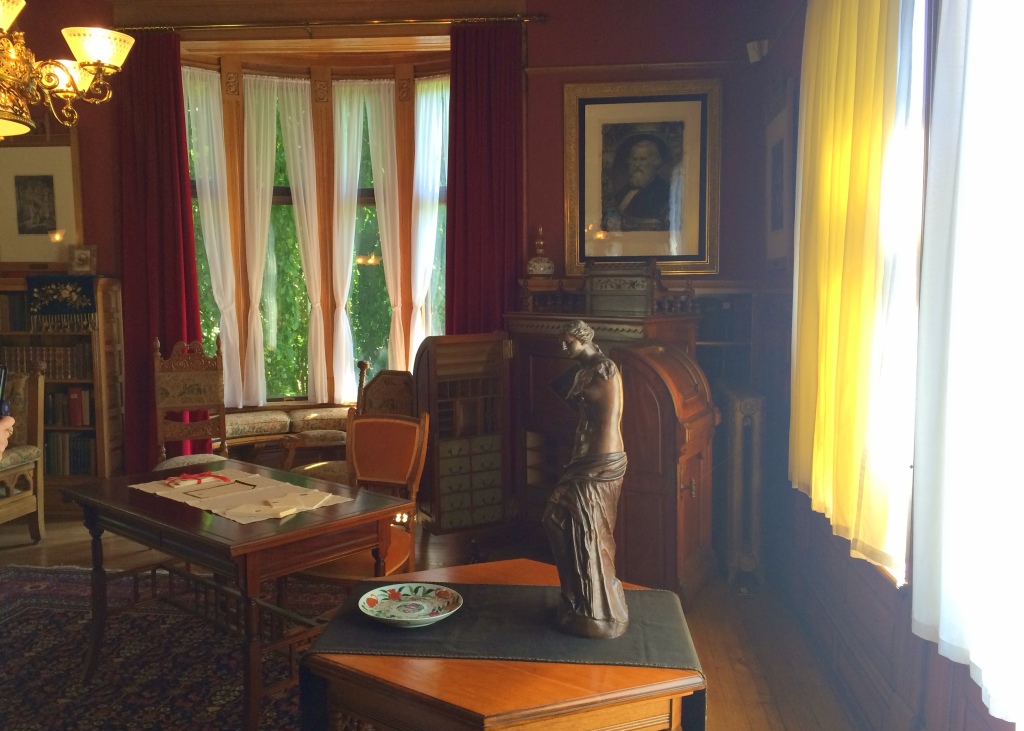 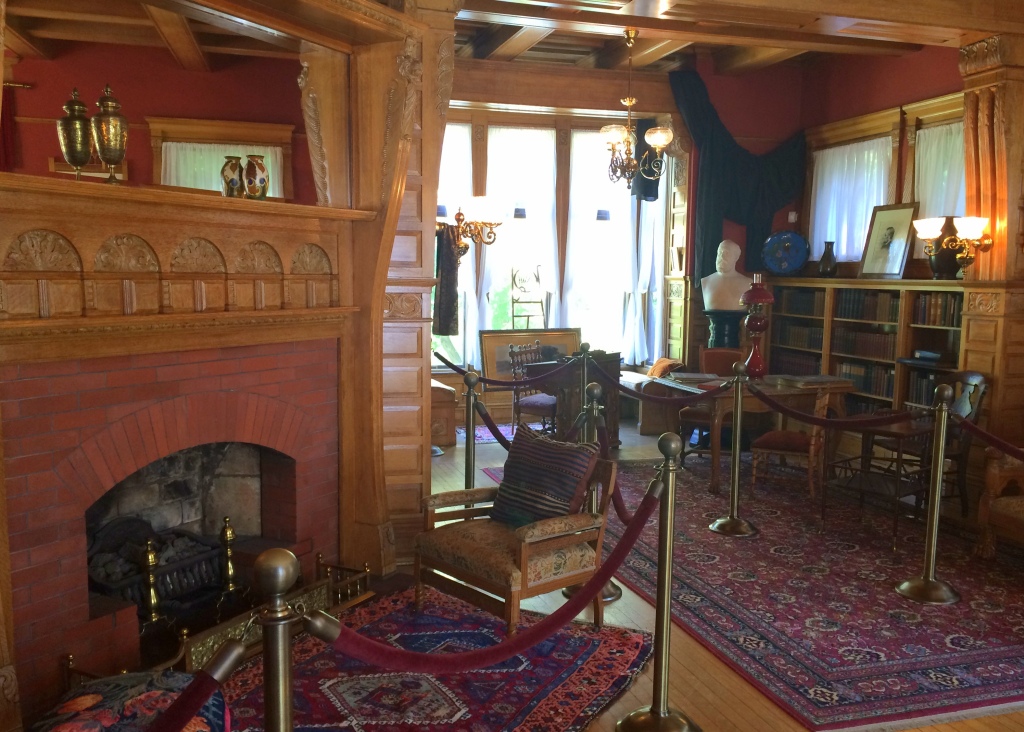 I think this was James and Lucretia’s bedroom. The pattern on the carpet is swastikas. 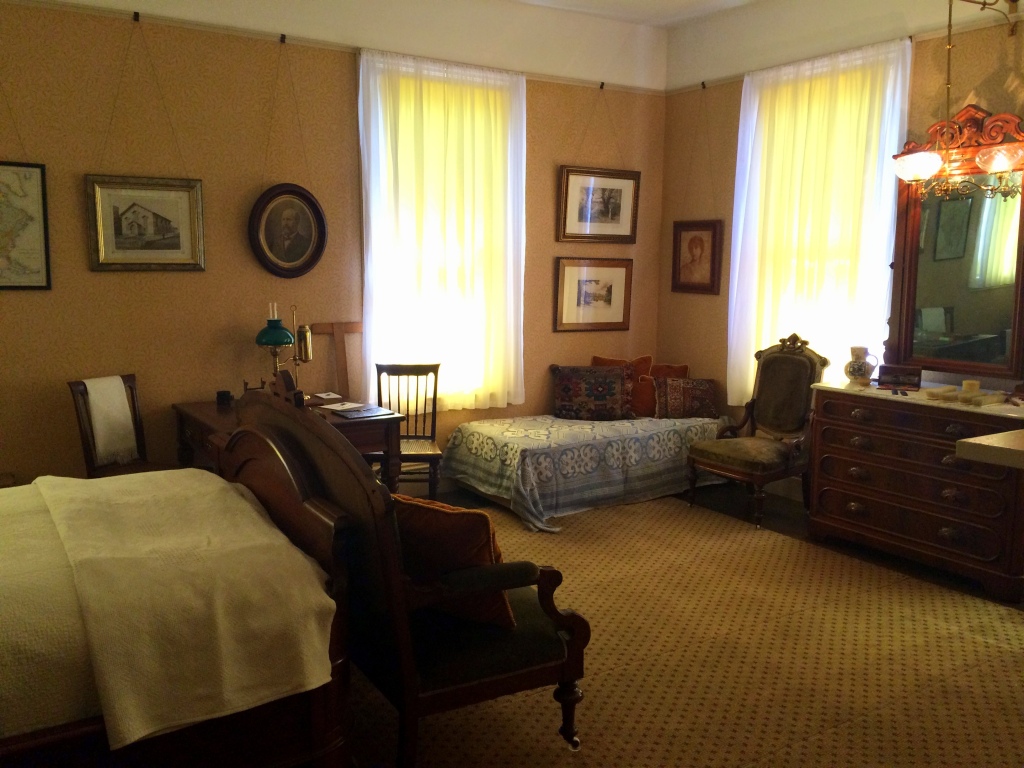 I forget what these next two rooms were. 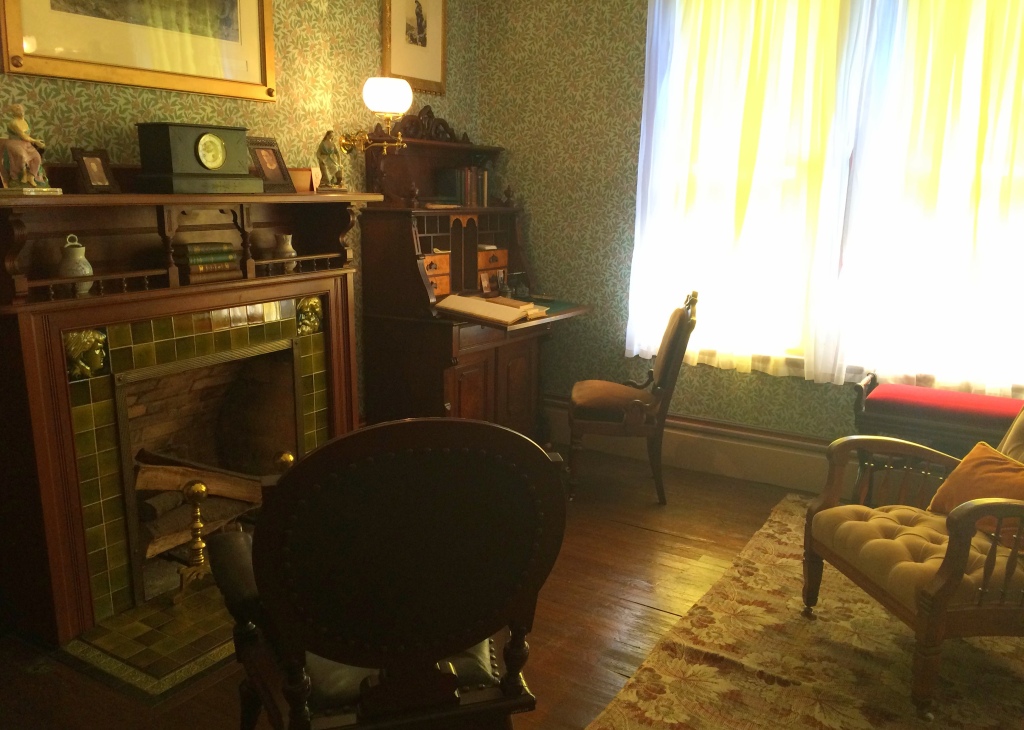 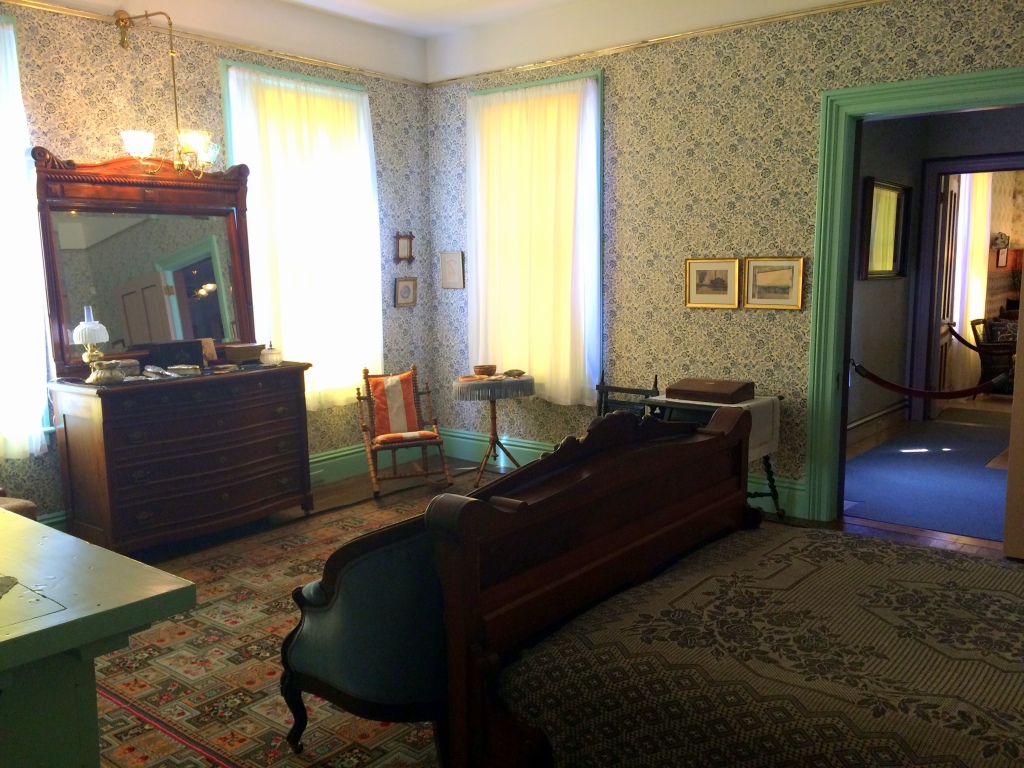 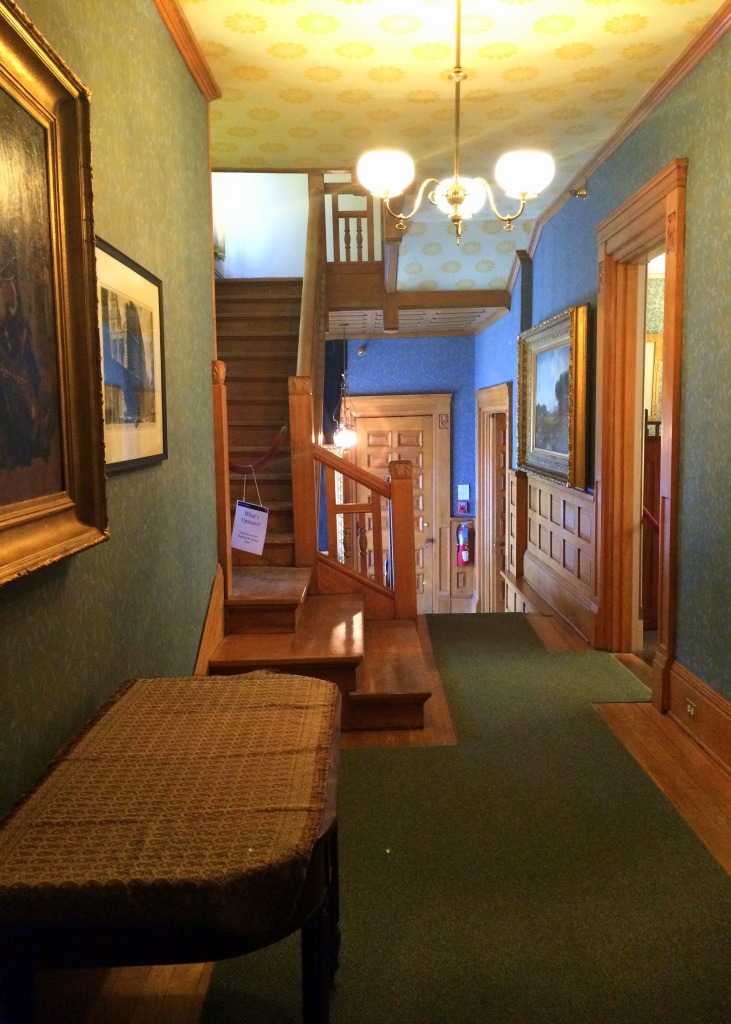 I think this was the boys’ bedroom. The painting on the wall is of one of the children who died young. 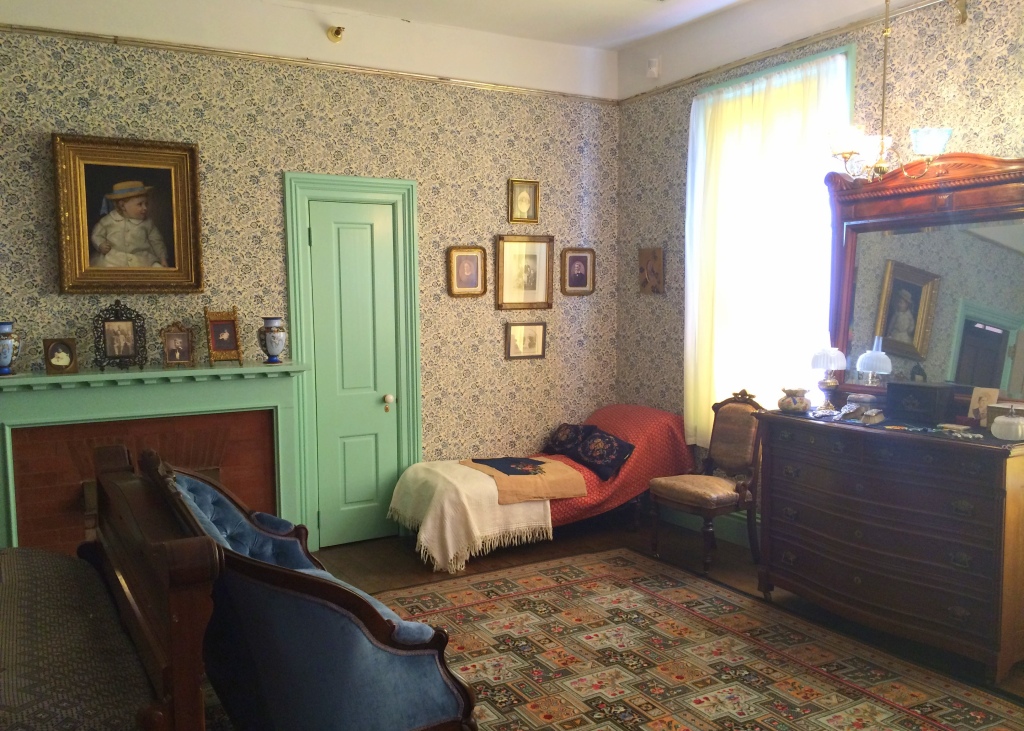 The bedroom of the oldest daughter.

Garfield’s library with his favorite chair in the middle. 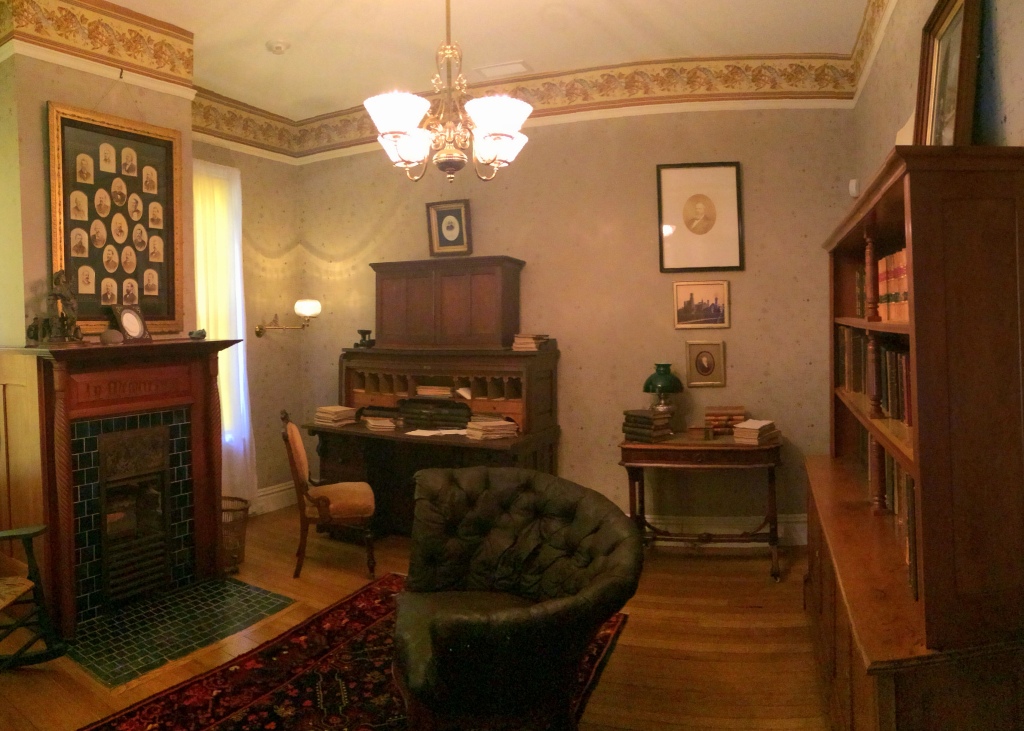 This painting of Falstaff was in the upstairs hallway. The guide asked if any of us knew who it was and when I guessed correctly, he said that I was only the third person in his eight years of guiding who knew. But I think he may have been spouting smoke. 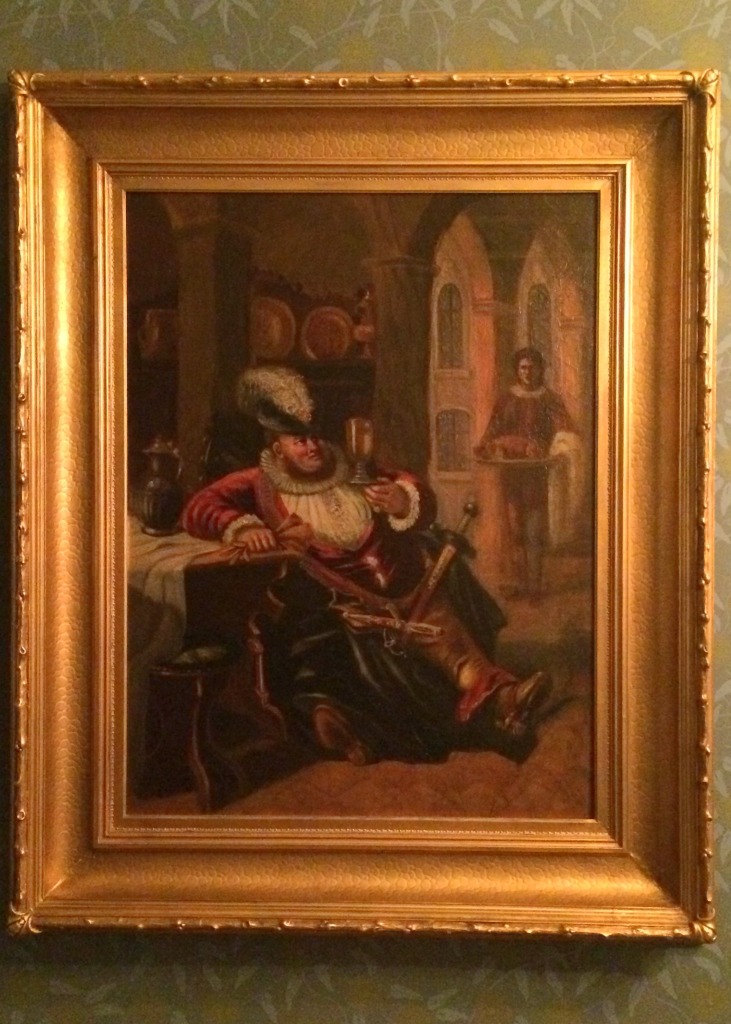 Garfield conducted his 1880 presidential campaign from the front porch of this house. 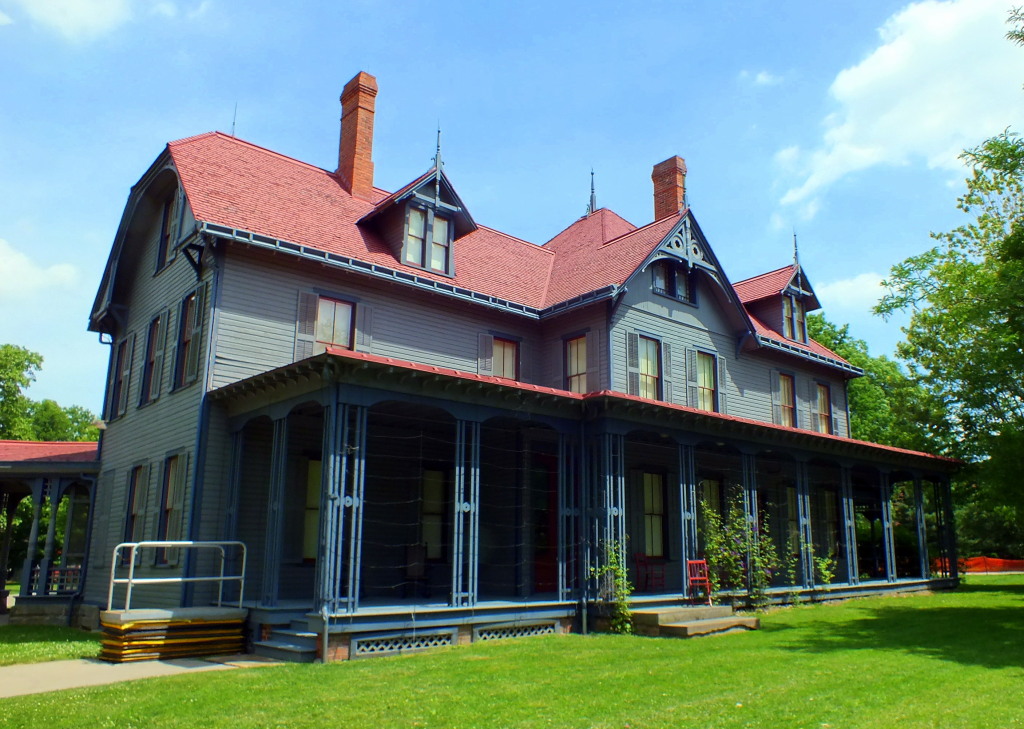 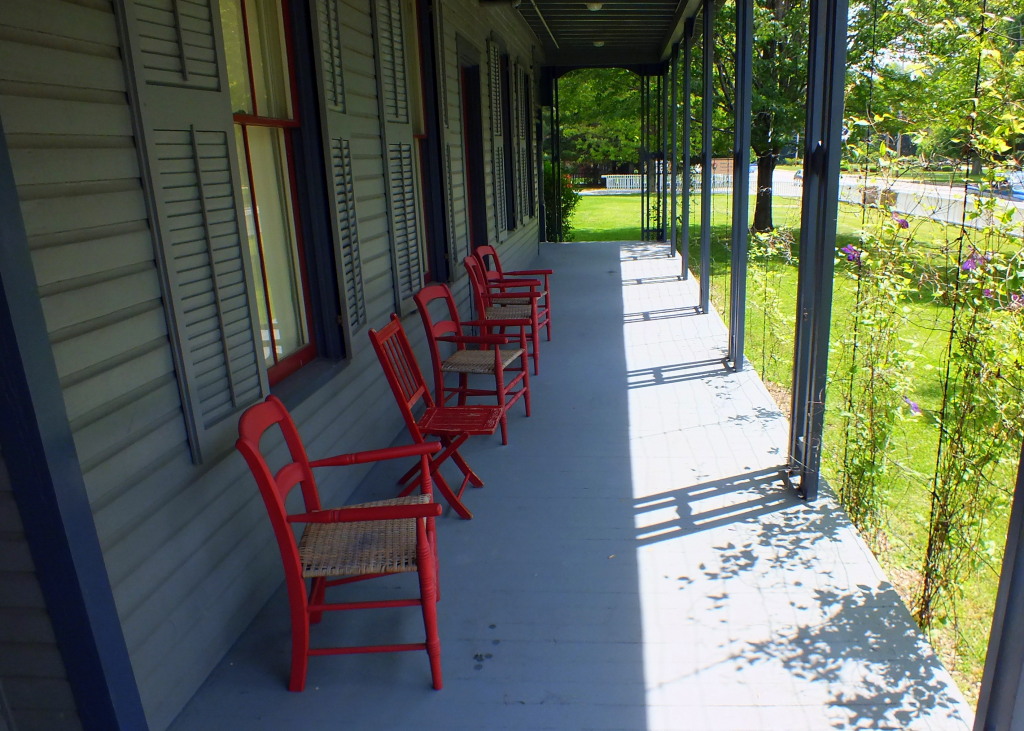 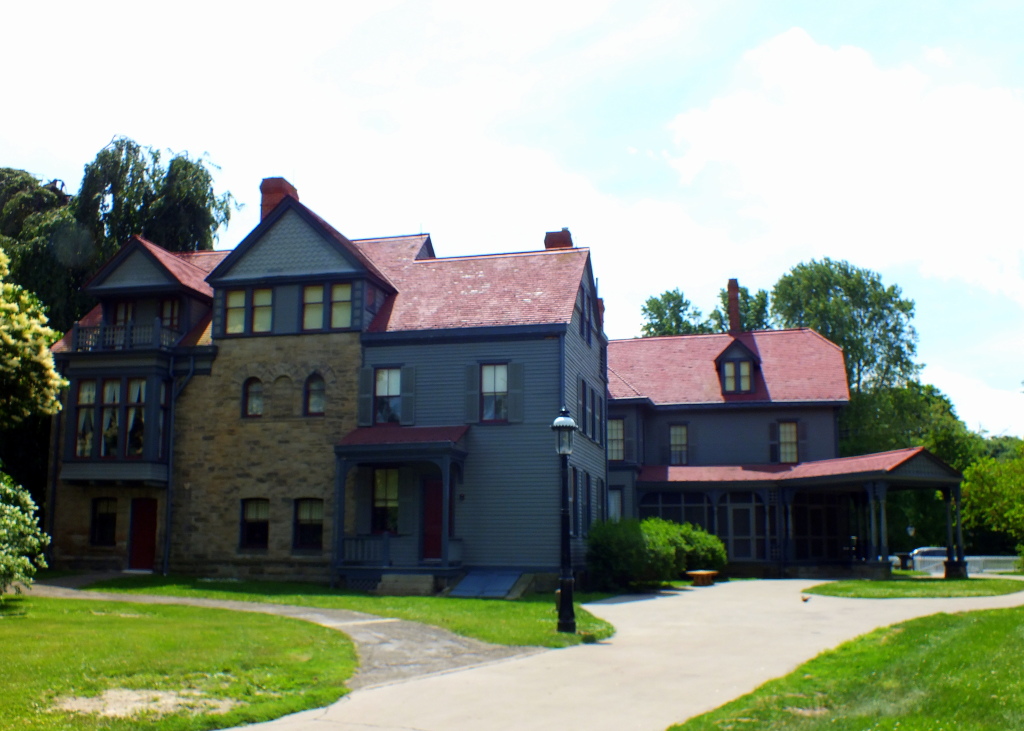 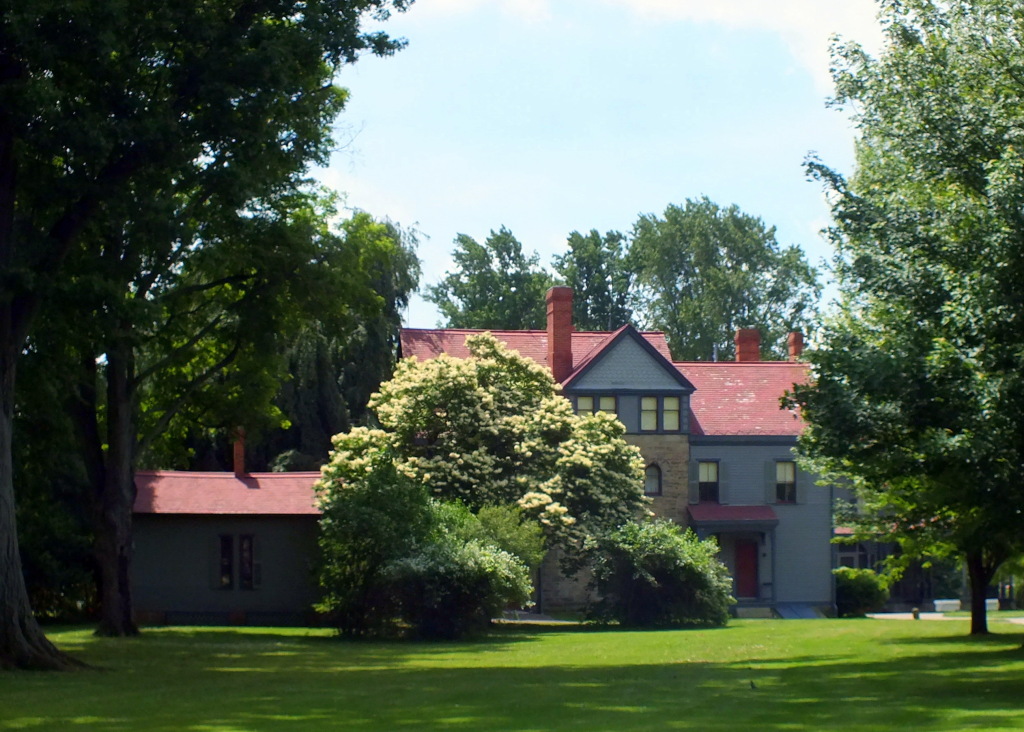 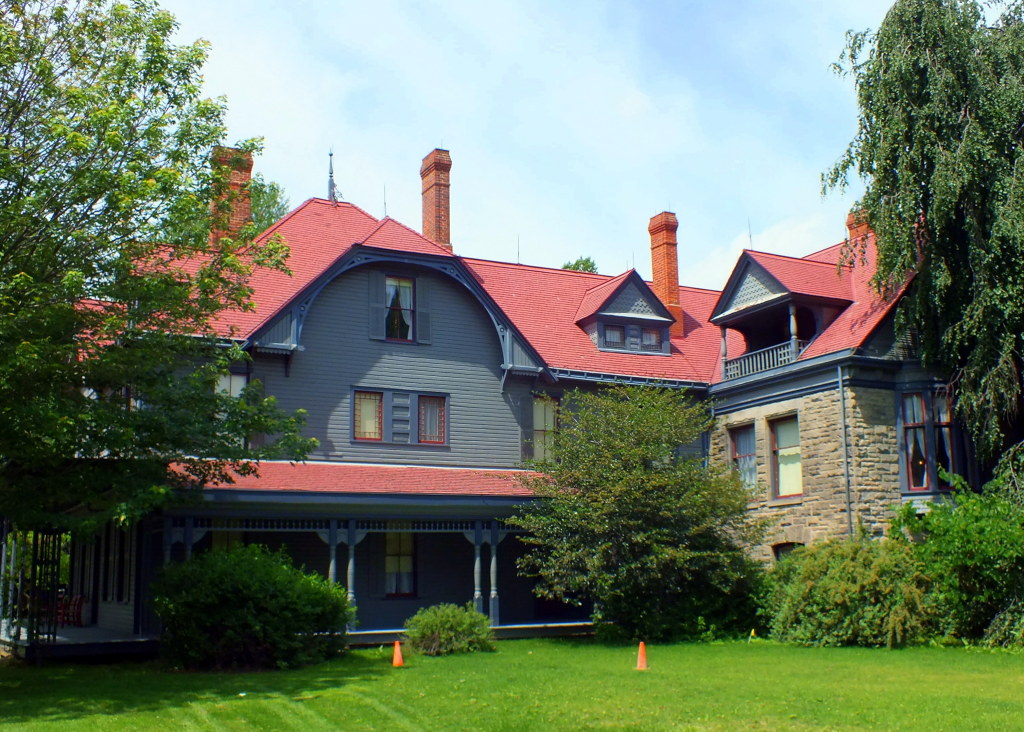 This photo of Garfield’s family on the front porch was taken shortly after his assassination. The chair is thought to be a memorial to him. 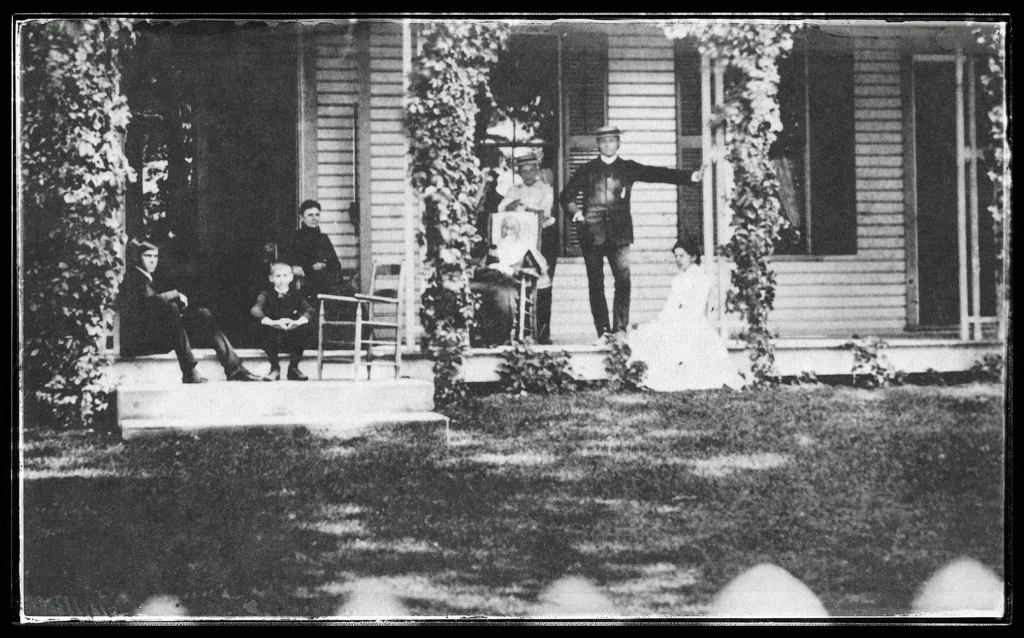 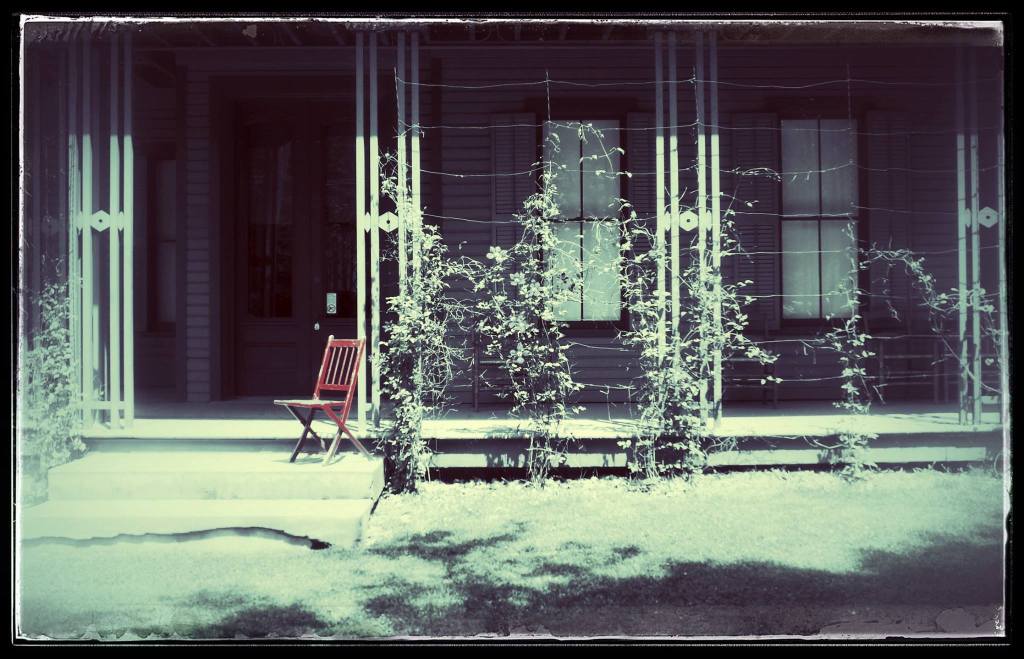 After Garfield was assassinated in 1881, Lucretia remained in the house until her death in 1918. She added to the house and farm, building, among other things, this windmill as a water pump. 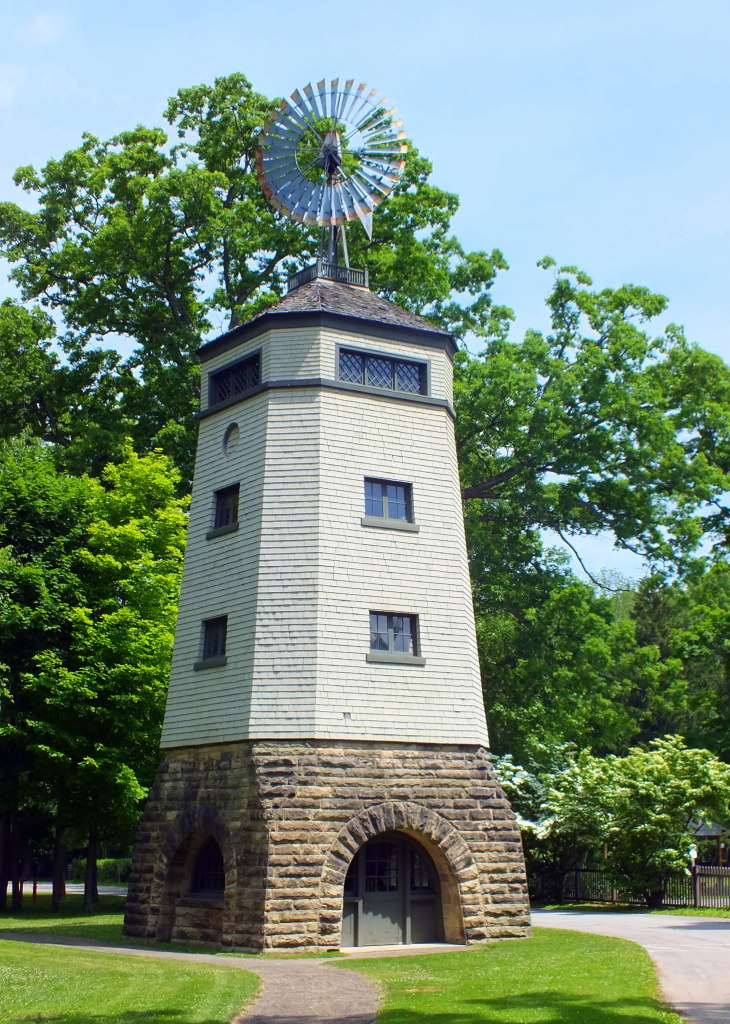 I joined my wife in the visitor center, took a quick look at the displays and watched a short video. 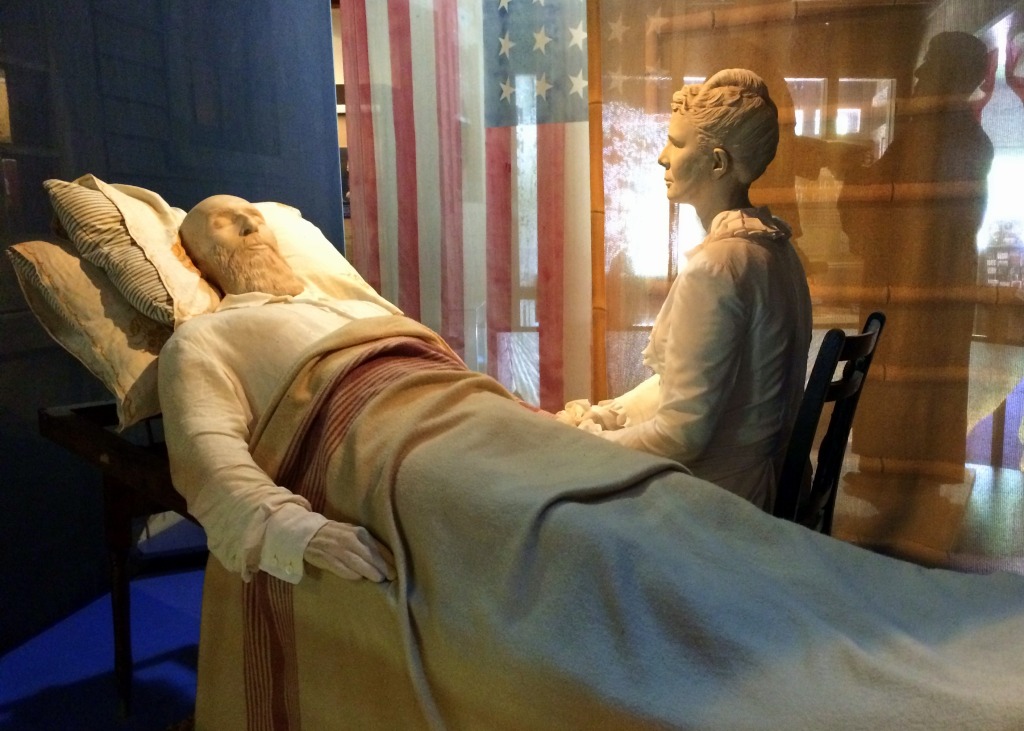 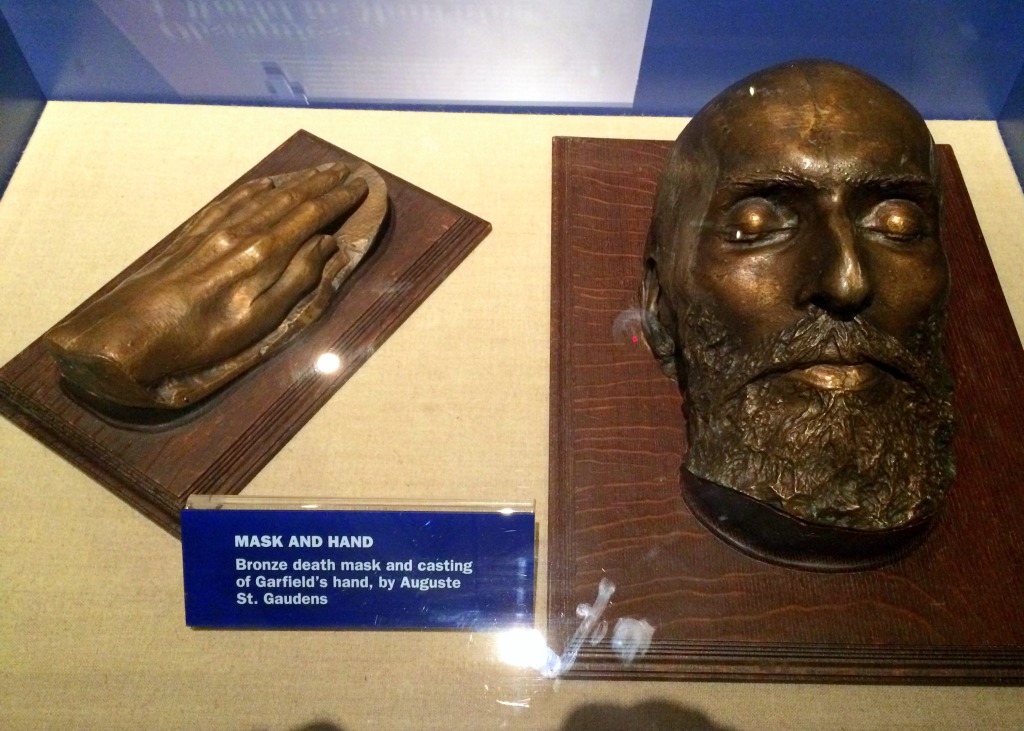 A map of what the farm and neighborhood looked like during Garfield’s life. 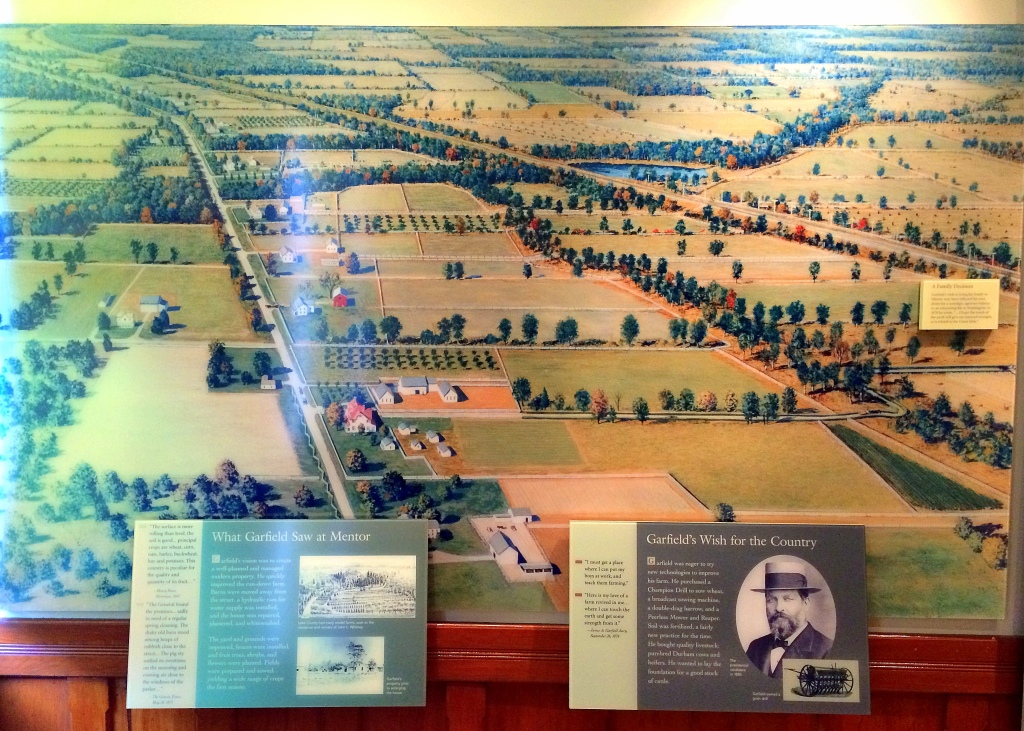