Sabine’s Gulls breed high in the tundra along the Alaskan and Canadian coast of the Arctic Ocean. Most of them migrate along the Pacific coast, but every fall, a few show up on the larger reservoirs in central Colorado. I knew I would get one sooner or later.

One was found on Chatfield Reservoir earlier this week. I was planning on heading up this weekend, but then three jaegers—two Long-tailed and a Parasitic—were spotted at the same place, and I couldn’t let two lifers and a second-ever sighting go by.

I arrived at Chatfield State Park a little before 4:00 pm. I had no idea where any of the birds were being sighted, so I just started walking the shore, stopping frequently to scan the large lake with my binoculars and spotting scope. It wasn’t too long before I spotted a black-headed gull swimming in the center of the southwest arm of the lake.

I set up my scope and watched. Most of the time, the gull was swimming, looking back and forth alertly with its head held high. Occasionally it would flutter forward somewhere between three and 15 feet and then land again. I wasn’t close enough to see what it was chasing, if that’s what it was doing.

But I was close enough to see the diagnostic “M” wing pattern. As it’s the only gull with a black head and that pattern, I had my bird. 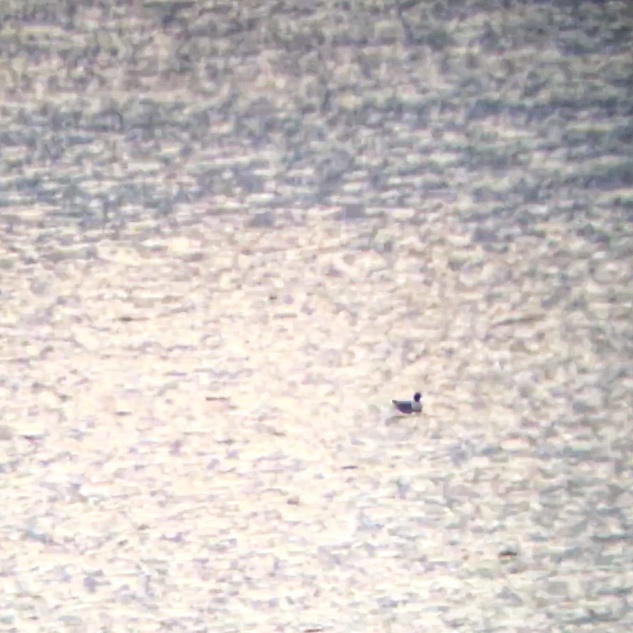 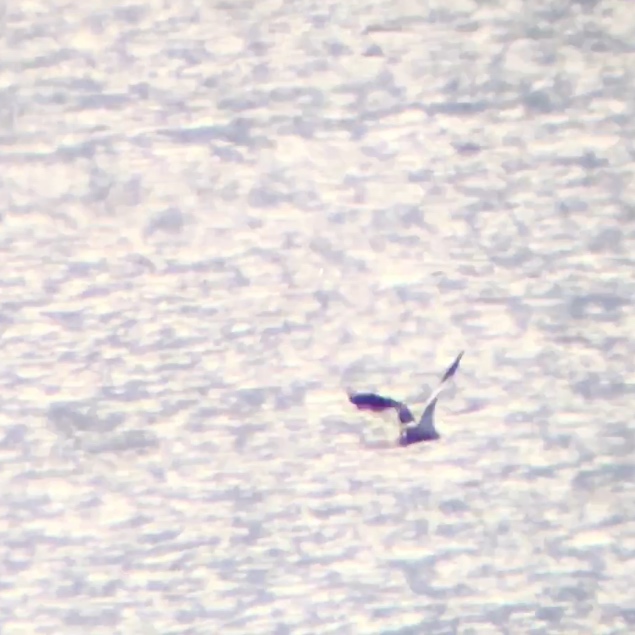 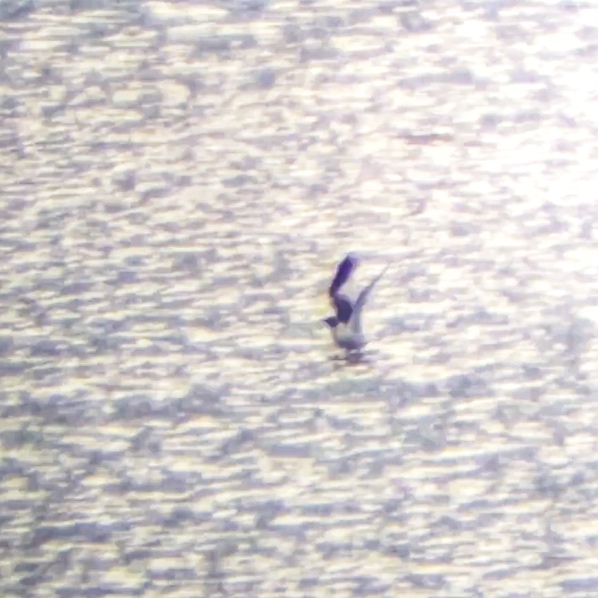 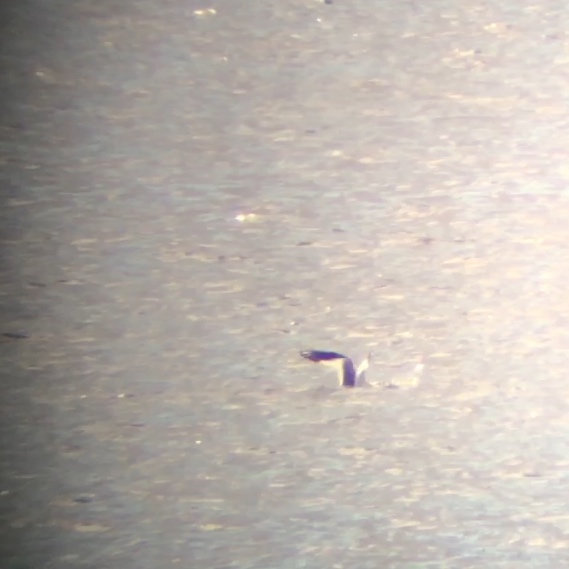 The photos are all stills from a video I shot by holding my phone up to my scope.

I continued down the shore and got a little closer to the bird, but it also put it in a direct line with the sun. At this point, it was swimming away from me, and I didn’t see it flutter again. When it turned its head, I was able on one or two occasions to make out the yellow tip on its black bill.

Later, on the other side of the lake, I spotted it, or another one, swimming along the face of the dam.

I chatted briefly with two other birders. I was pronouncing the name of the gull as SAY-beans. They said the first syllable with the “a” in sad and the second syllable as bin, so SA-bins. This got me wondering, so I googled it and discovered that it’s supposed to be pronounced SA (as in sad)-beans. So we were both half right.