stercorarius (of dung, a reference to the skuas’ pursuit of other seabirds until they disgorge their food, the disgorged food once thought to be excrement) parasiticus (parasitic)

Eighteen years ago, a Long-tailed Jaeger made an appearance in central Illinois. I drove four hours down and four hours back to see it.

Over the past few days, two of them have been seen regularly with a Parasitic Jaeger at Chatfield Reservoir. As a Sabine’s Gull was also being seen there, that made two potential lifers and a second-ever sighting. I took off work an hour early and headed up.

Chatfield Reservoir is a large man-made lake created to supply Denver with water. It’s shaped like an upside-down “J” with the larger arm to the west. I had no idea where to look for the birds. I walked along the large peninsula that splits the lake, scanning constantly for large, dark gull-like birds. I found the Sabine’s Gull (previous post), but I  saw nothing that looked at all like a jaeger. I made my way back past the south boat ramp,to a narrow spit that cuts out into the lake. I still wasn’t seeing anything, and had just about determined to call it a day when another birder wandered up.

The first thing he said was that there was a Merlin on the other side of a tree 25 feet away from me. I hadn’t ever seen a Merlin in Colorado, or anywhere else for a long time, so this was good news. But I played it cool and casually wandered to where I could see it and get some photos. 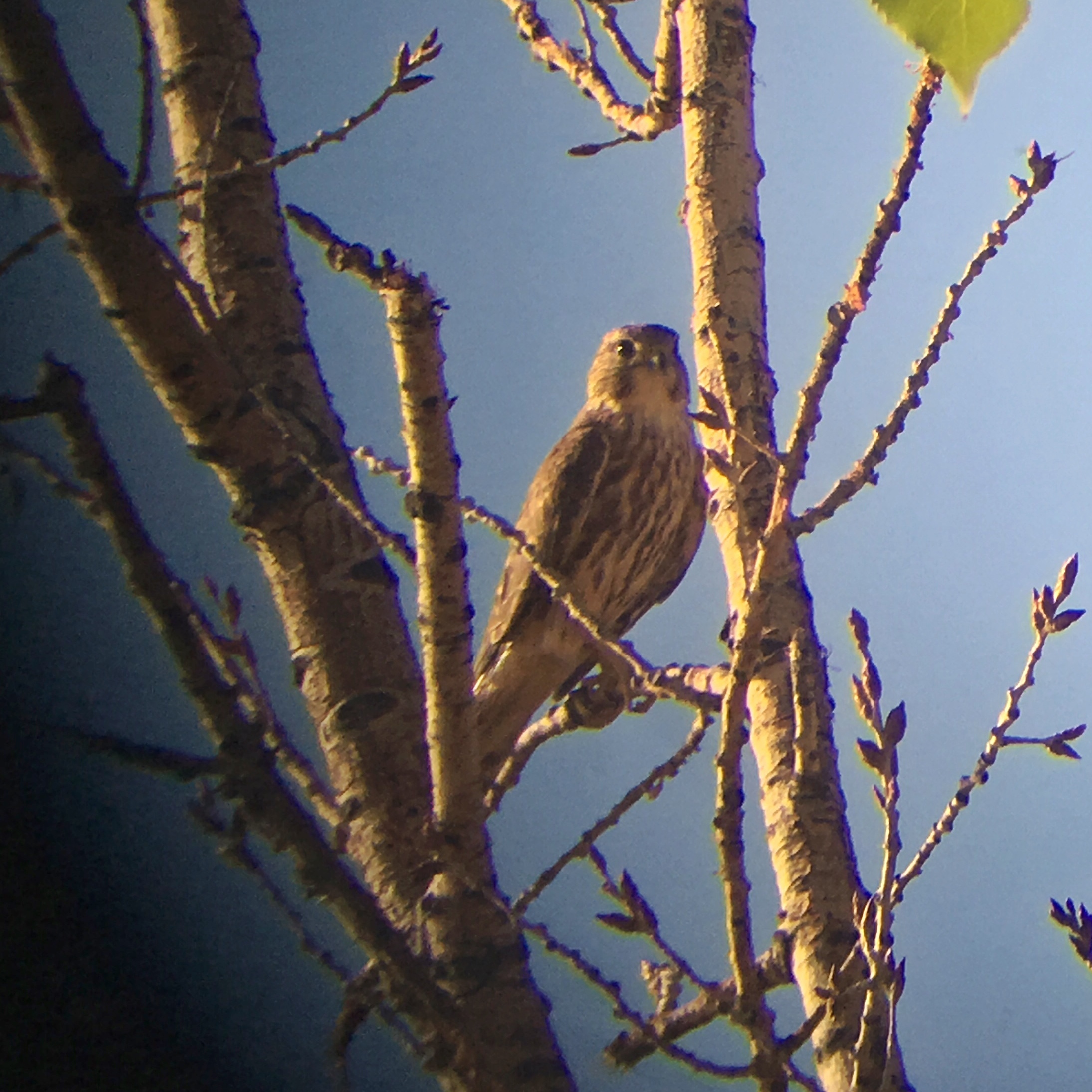 A few minutes later, Frank (we introduced ourselves at some point) spotted the jaegers flying low over the water on the far side of the reservoir.  For the next half hour, I watched them flying back and forth across the face of the dam. They never came close to where I was standing. The birds were very close in color to the rocks on the dam wall, so they often disappeared. And then, suddenly, I’d find them again. They landed and swam from time to time, but a lot of the time they were chasing gulls, presumably to steal fish from them.

Because that’s what jaegers do. They are essentially the hawks of the sea. I saw one flying  in full-out in pursuit of a gull, and it caught the slower bird in no time flat. Sometimes, one of the smaller jaegers chased the larger one.

Which brings me to the issue of identification. This gets a little tricky. All three birds were immatures, so none of them had the distinctive tail feathers of adults. They were obviously jaegers, darker than the gulls, with flashing white patches on their primaries. Their buoyant, aggressive flight and behavior of chasing gulls is also typical of jaegers.

Two of them were smaller and slighter, with pale heads. These were the Long-tailed Jaegers. The third bird was much darker, with an almost black head and dark brown body that seemed, from a distance. to have some cinnamon tones in the good, late-afternoon light.

As I looked, Frank described the field marks of the two species. I couldn’t see much of what he was talking about, but I could see that the darker bird was just a little bit bulkier and larger than the smaller ones. The difference was apparent when they were swimming next to each other or when they were soaring and banking at the same time.

So how do I rule out Pomarine Jaeger, the third species which looks very much like the Parasitic in immature plumage? How do I justify adding Parasitic to my list when I only saw it at a great distance? Frank had been out in a boat with other birders the day before. He had close-up photos and was showing these to me on his phone as we watched. The deciding factor for me was the comparative sizes:

The dark jaeger I saw was a little larger, but certainly not 10-inch-wingspan larger, than the smaller birds. I know that isn’t much to go on, and I hope to get back up there this weekend and get a better view. But Frank confirmed everything I was seeing.

I took a little bit of video as the Parasitic Jaeger floated on the water and then took off. It was a very long way away, so these photos from the video show nothing more than a vaguely gull-like bird with dark plumage and white patches on its primaries. 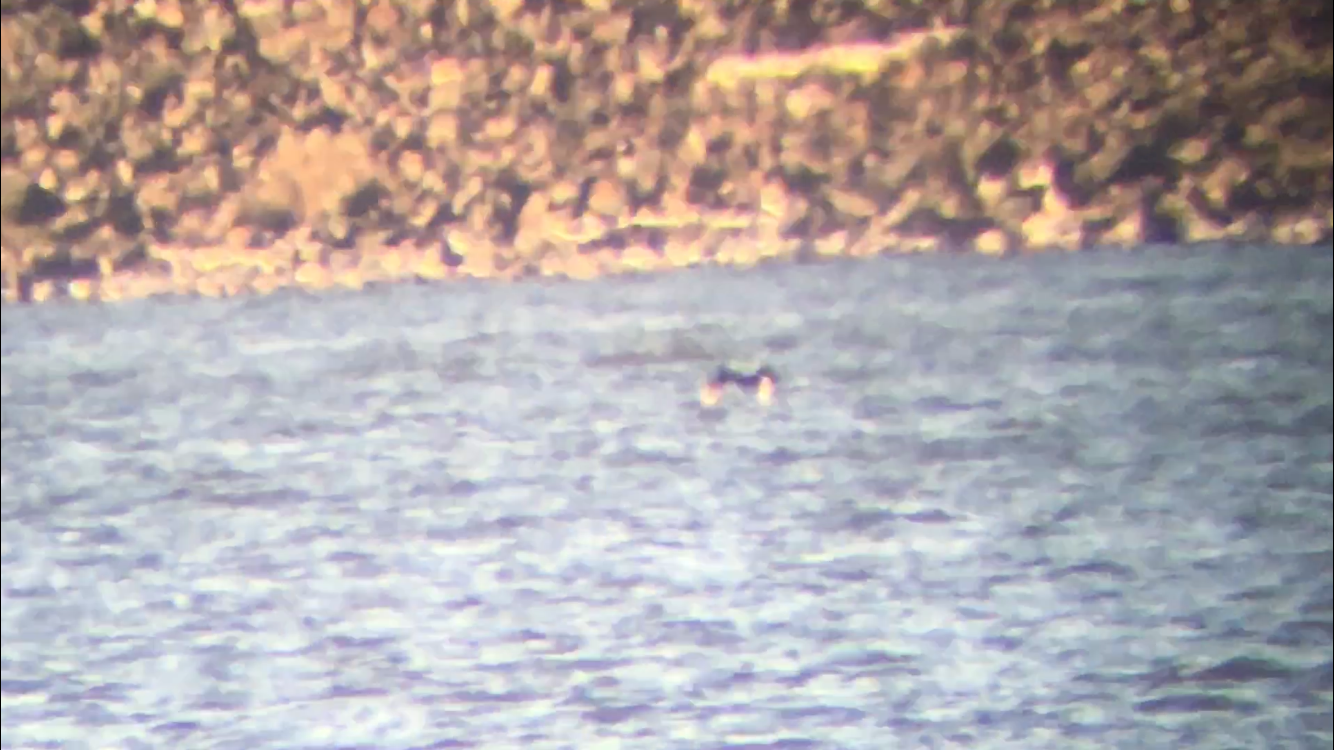 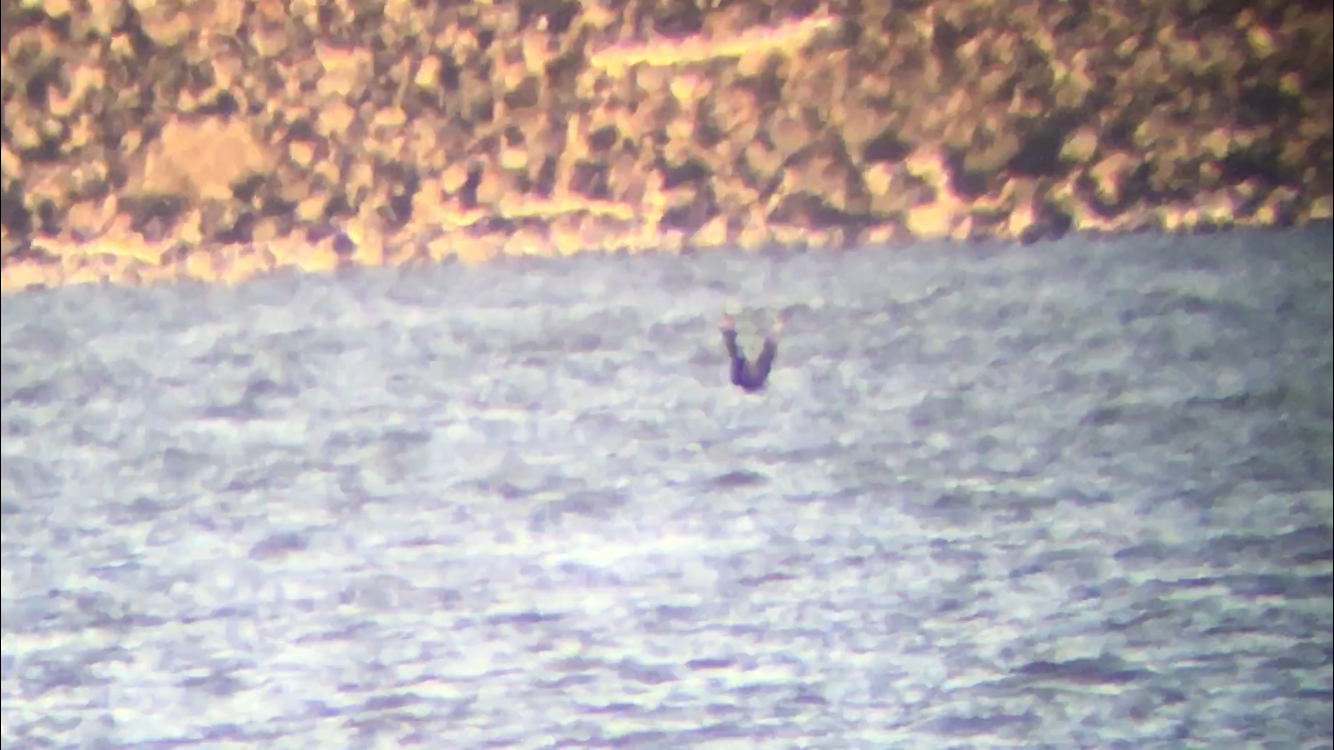 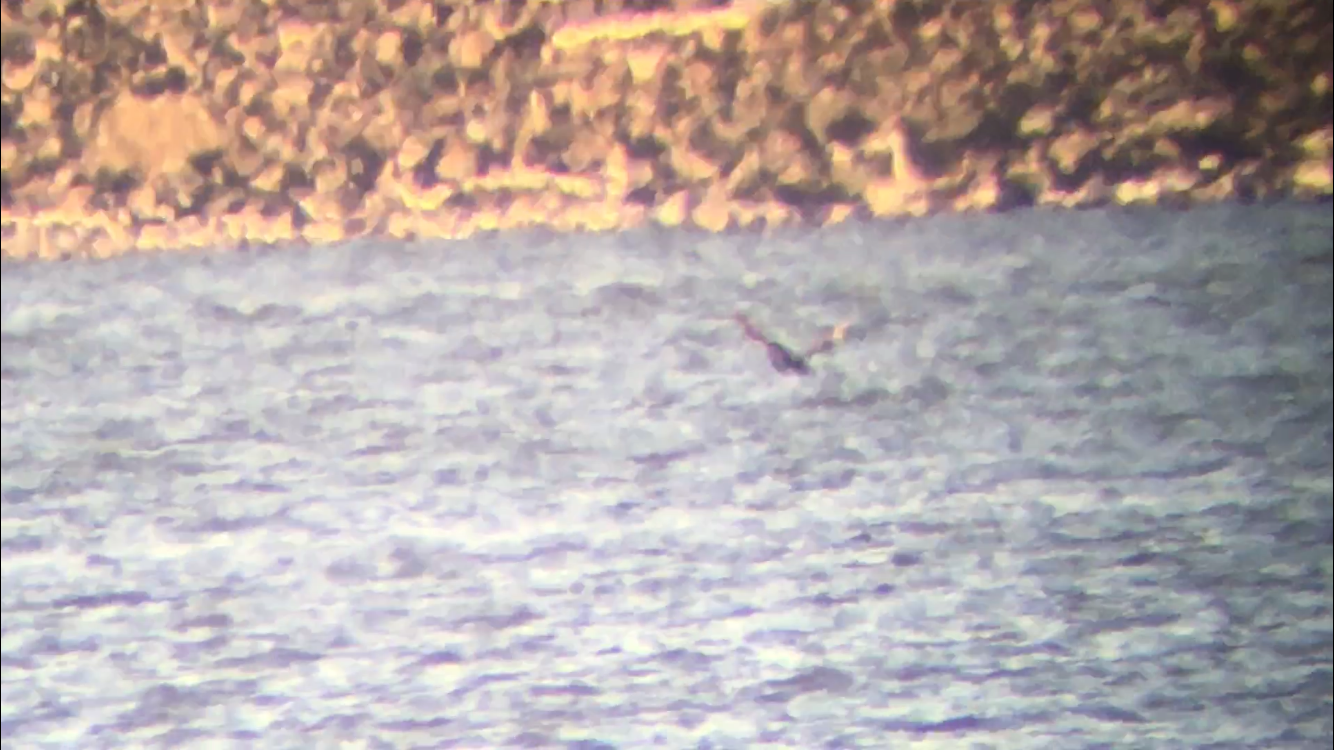 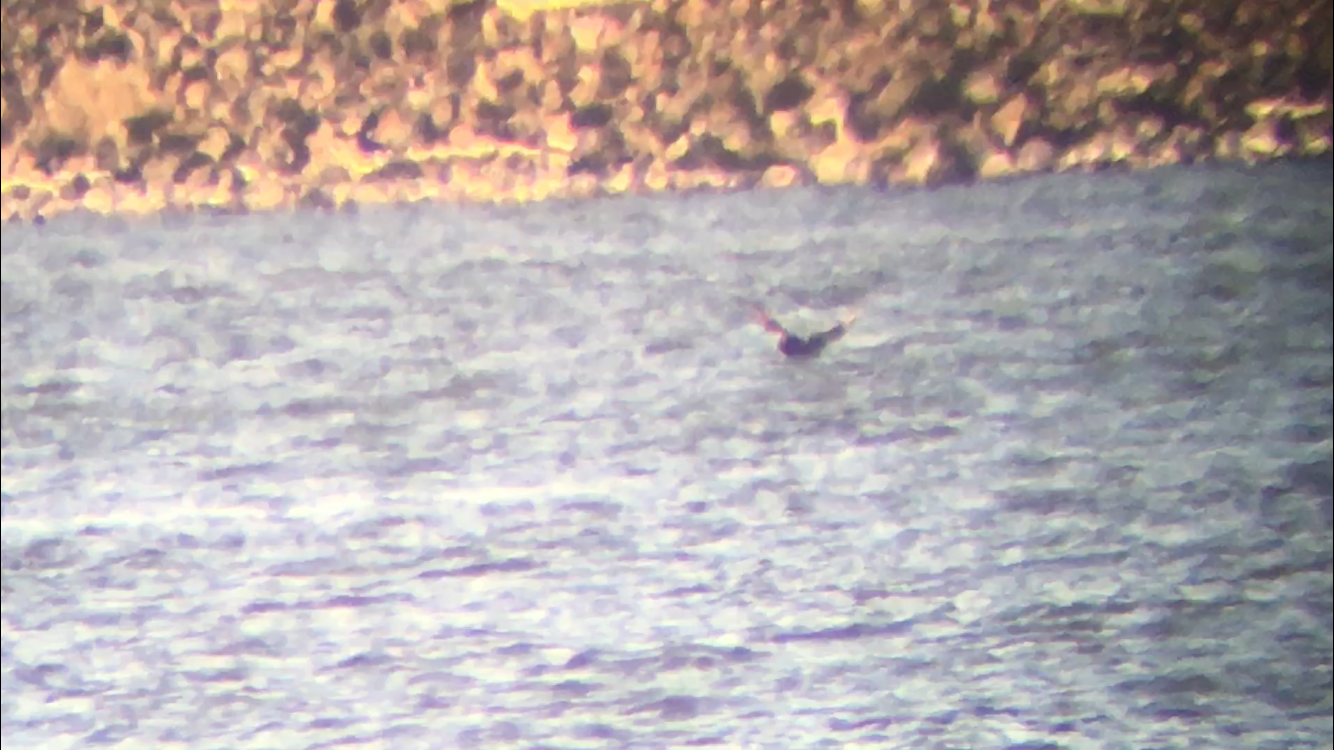