I drove to Wyoming to see Greater Sage-Grouse and deliberately chose a route that would take me through this refuge. I expected more of a marshy wetland, but the part of the refuge through which I drove on the tour road was prairie potholes and dry flatlands.

In one footfall-field size patch of short vegetation, I spotted a prairie dog. I knew from past reading that there were other species besides the Black-tailed Prairie Dogs common around Colorado Springs, so I took a longer look and saw that it had a white tip on the tail and dark patches on its cheeks. 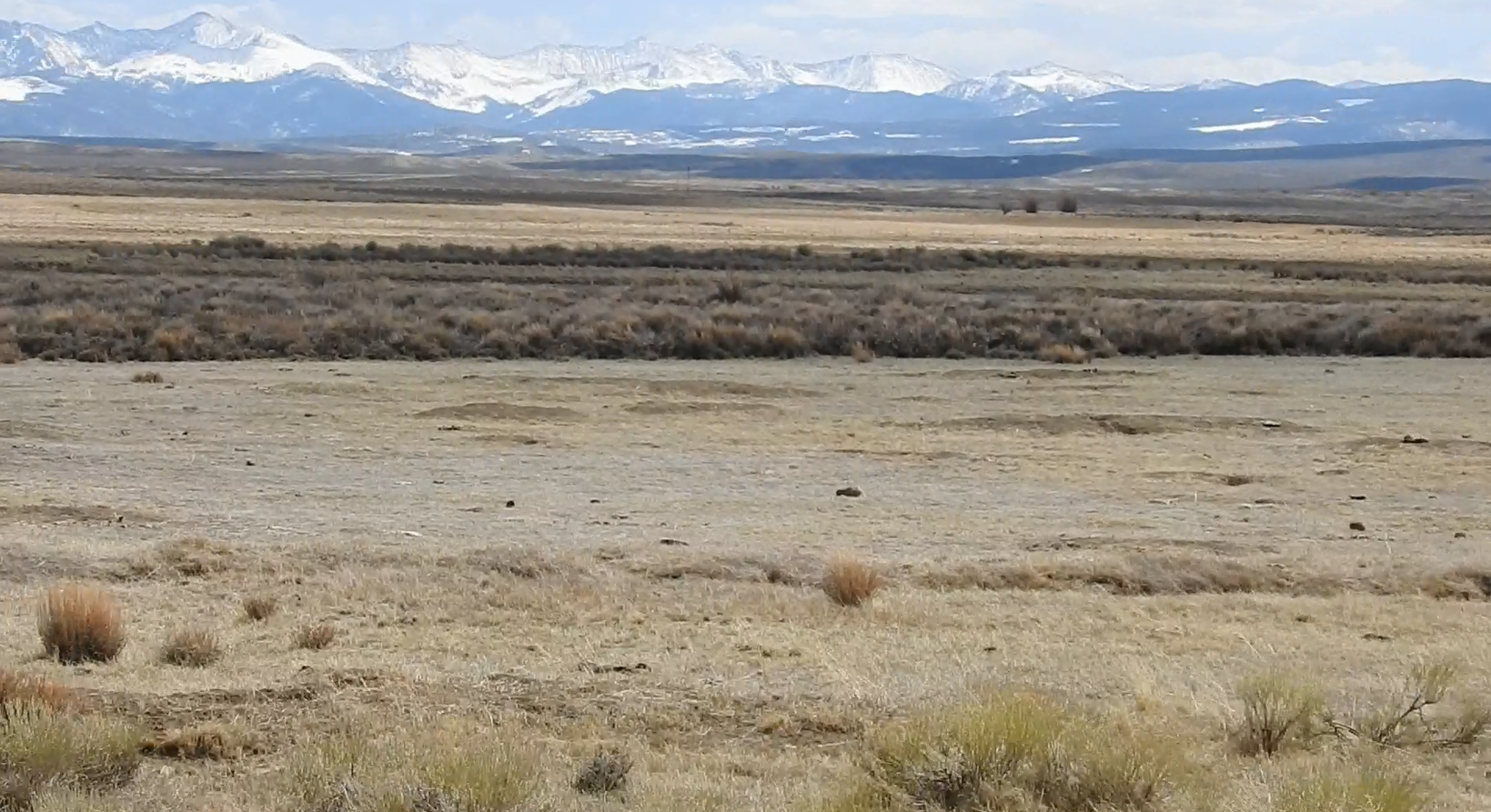 It was foraging in the open until, suddenly, it plopped on its back in a depression, squiggled around for a few seconds, and then ran about 30 yards before just as suddenly stopping and browsing again. I saw five or six others, although the holes were more scattered than usual with Black-tailed Prairie Dogs. Wyoming Ground Squirrels were in the same habitat—I later read online that the species compete and that the prairie dogs will chase down and even kill the ground squirrels. 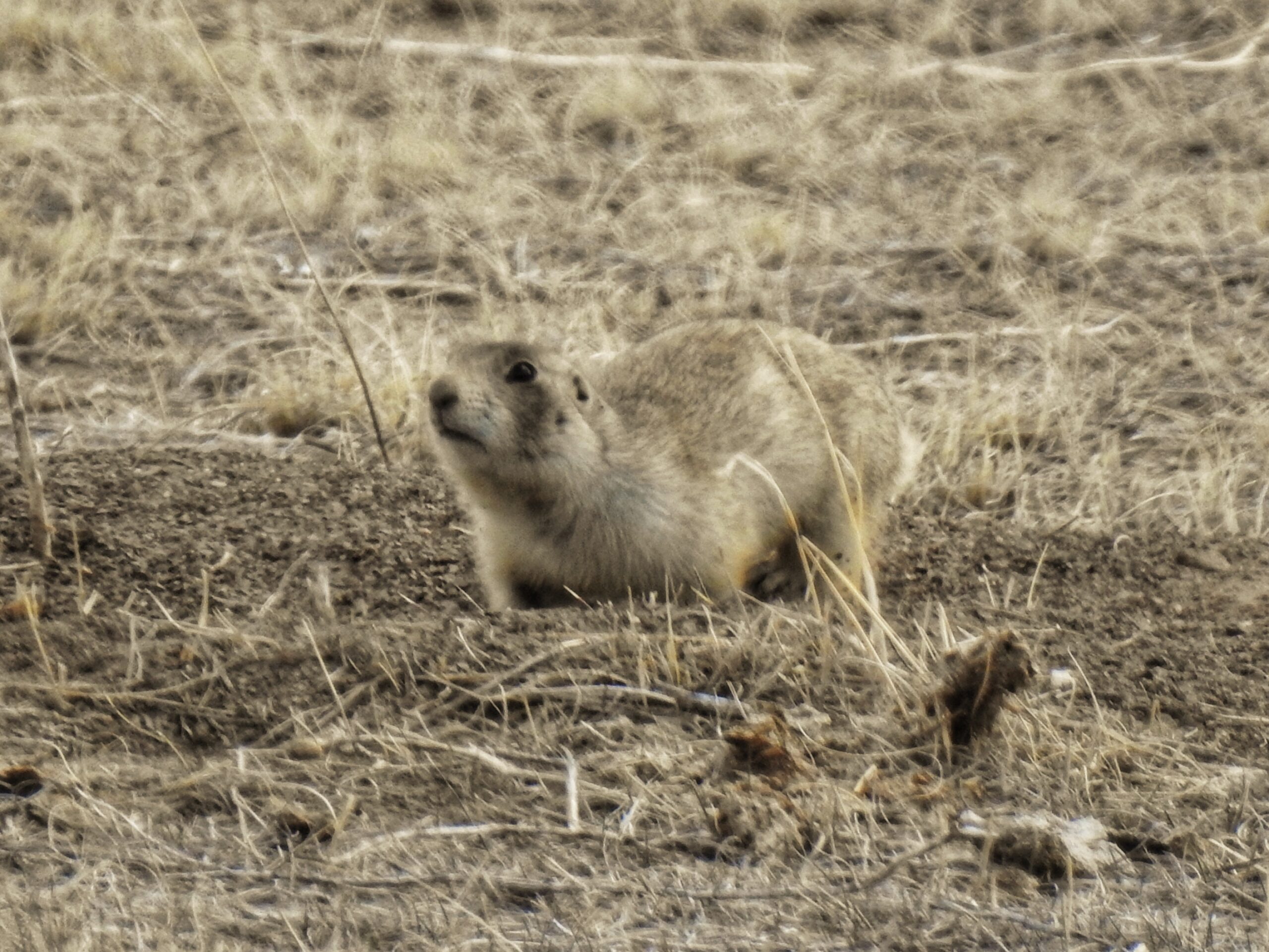 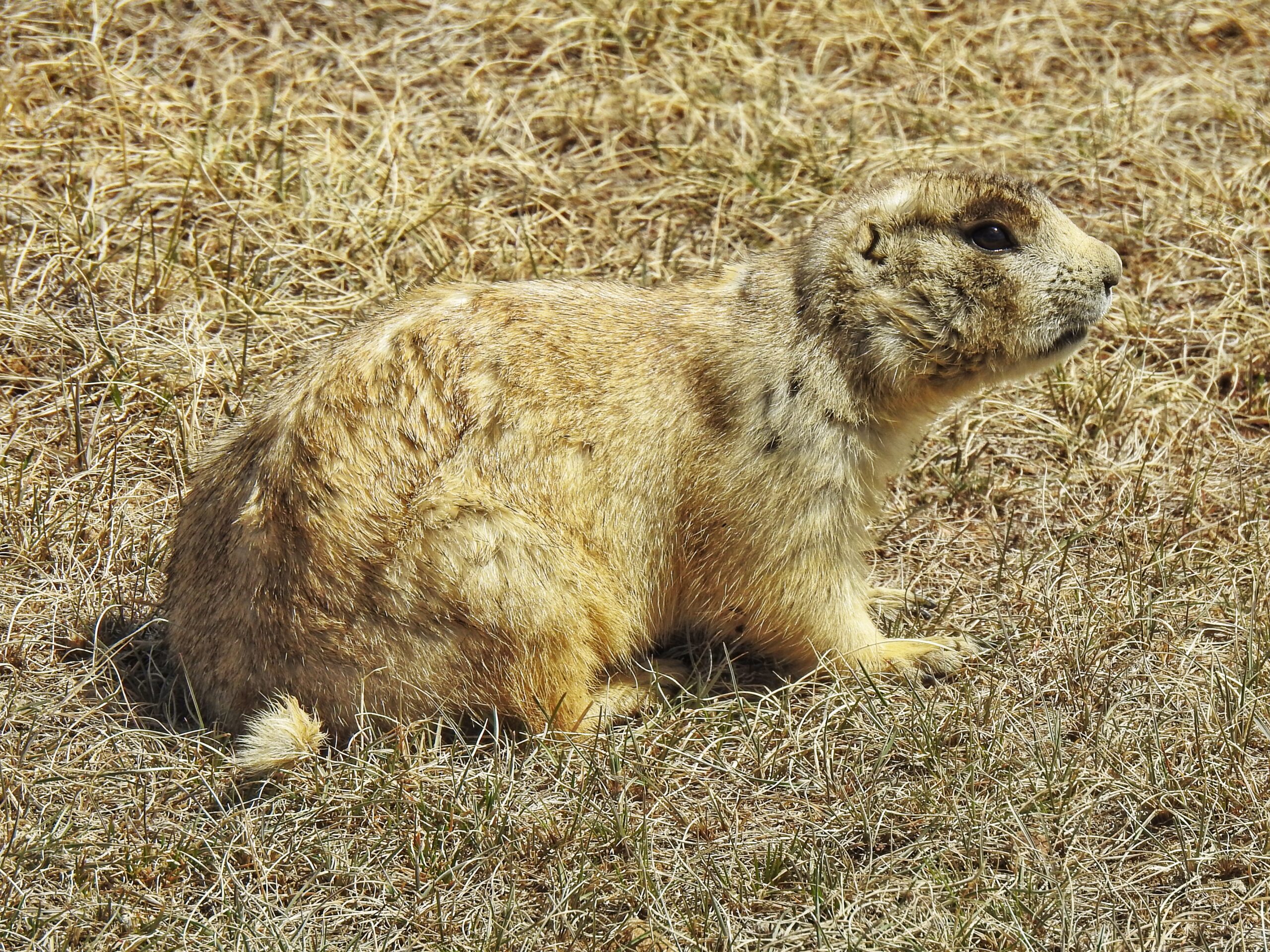 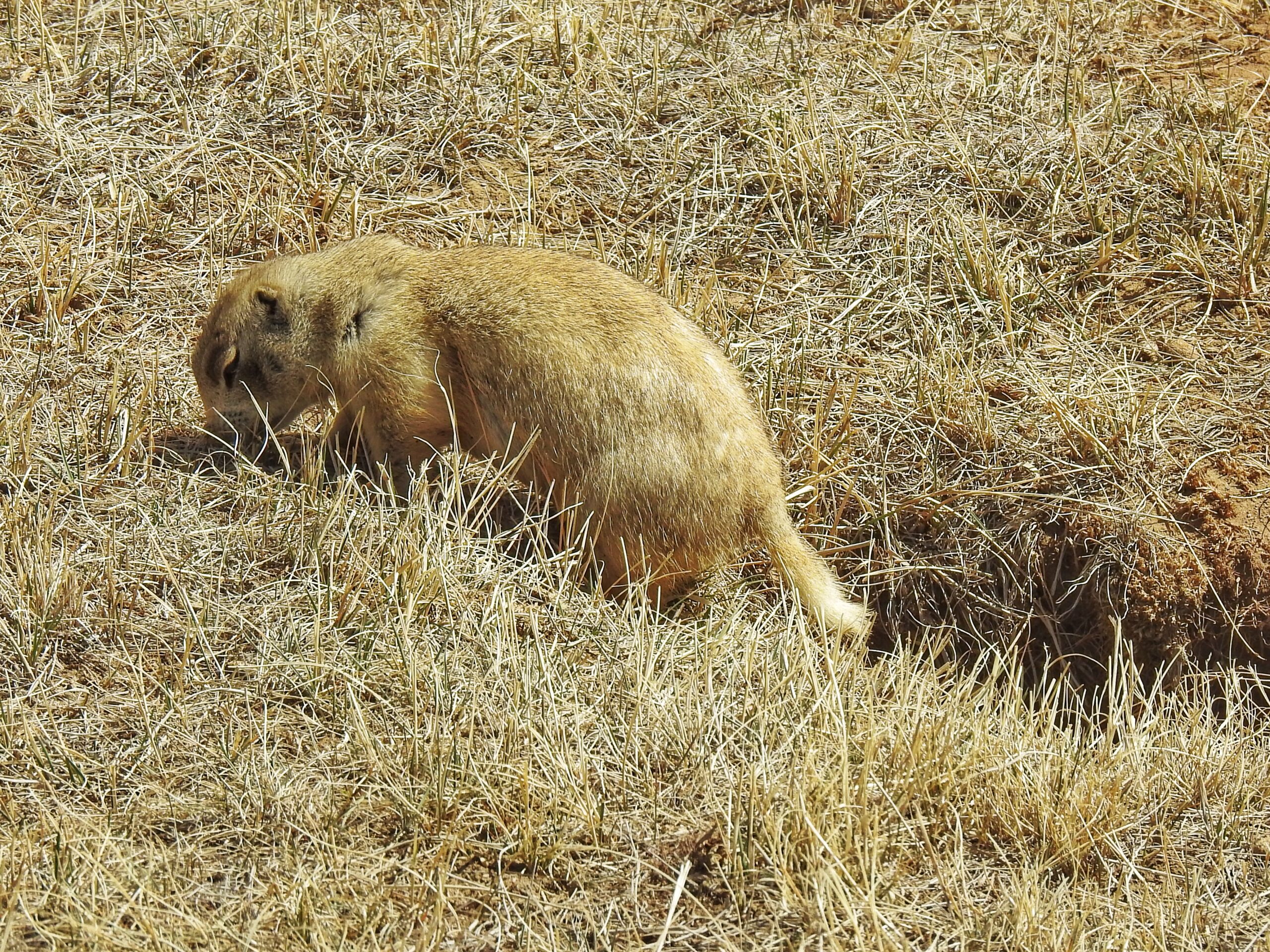