Birding My Way to Wyoming

After seeing the Mexican Duck, I drove west on I-70 to Silverthorne, then headed north on backroads. I went through Arapaho National Wildlife Refuge and drove the birding tour. There were a lot of ducks around, but not much else. 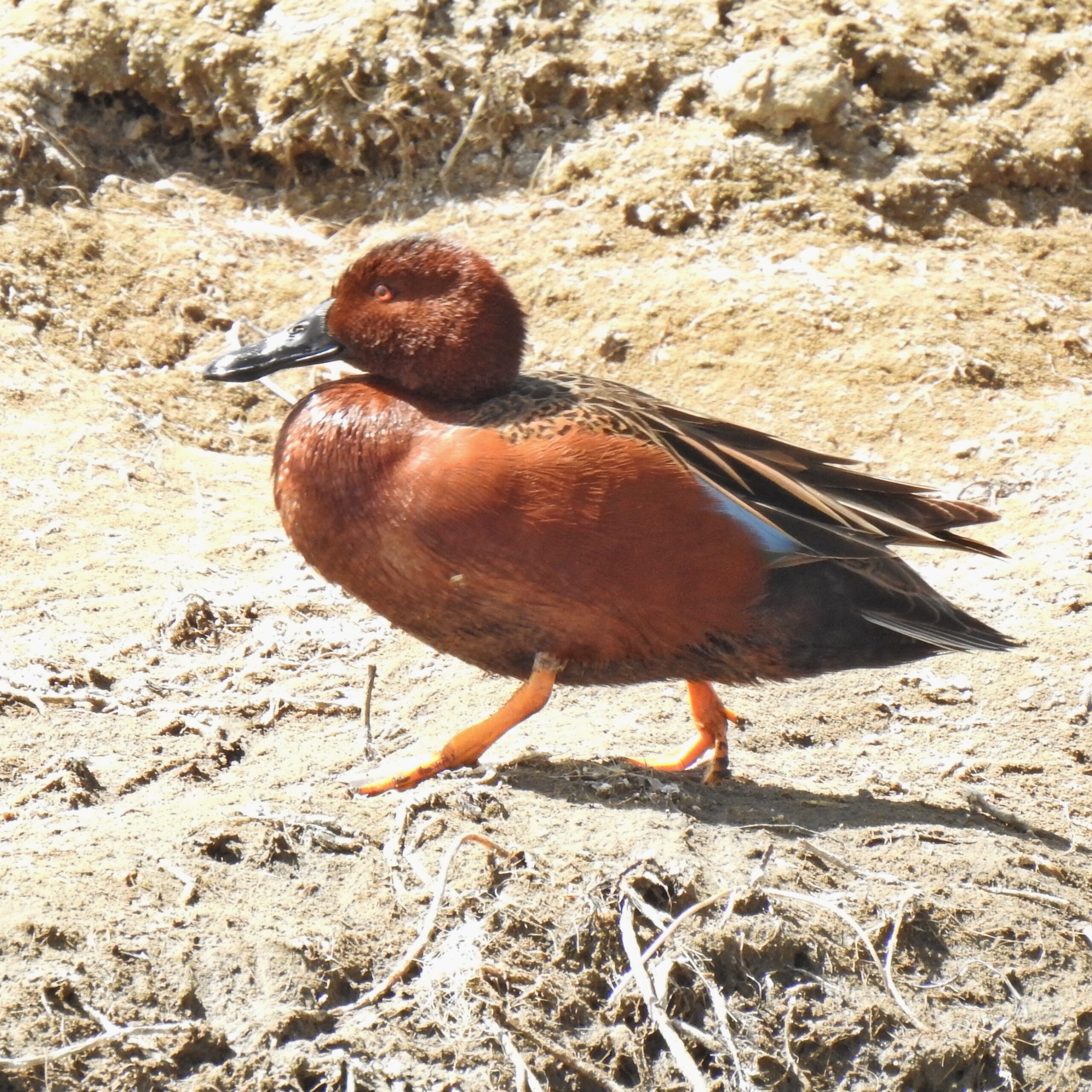 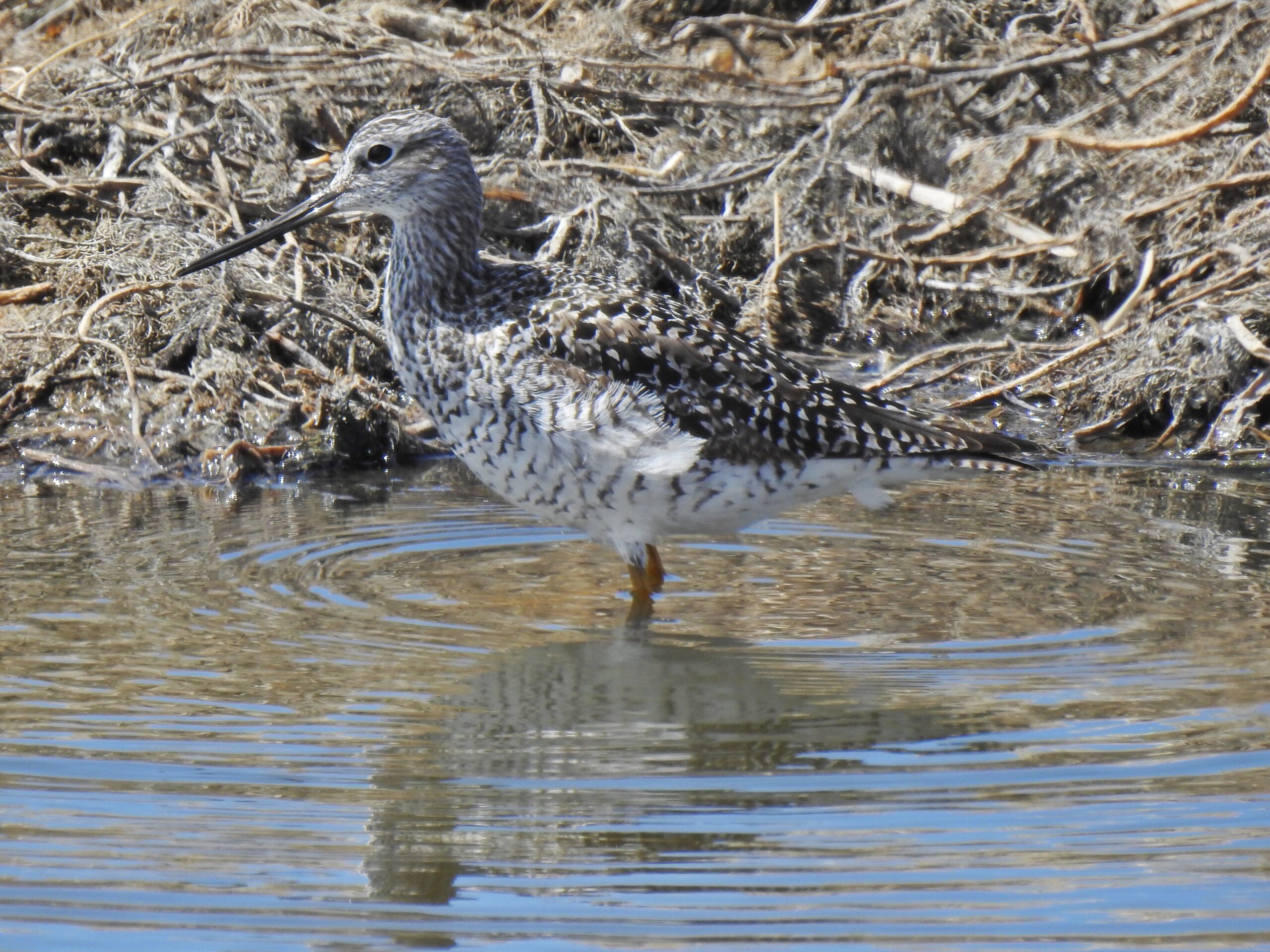 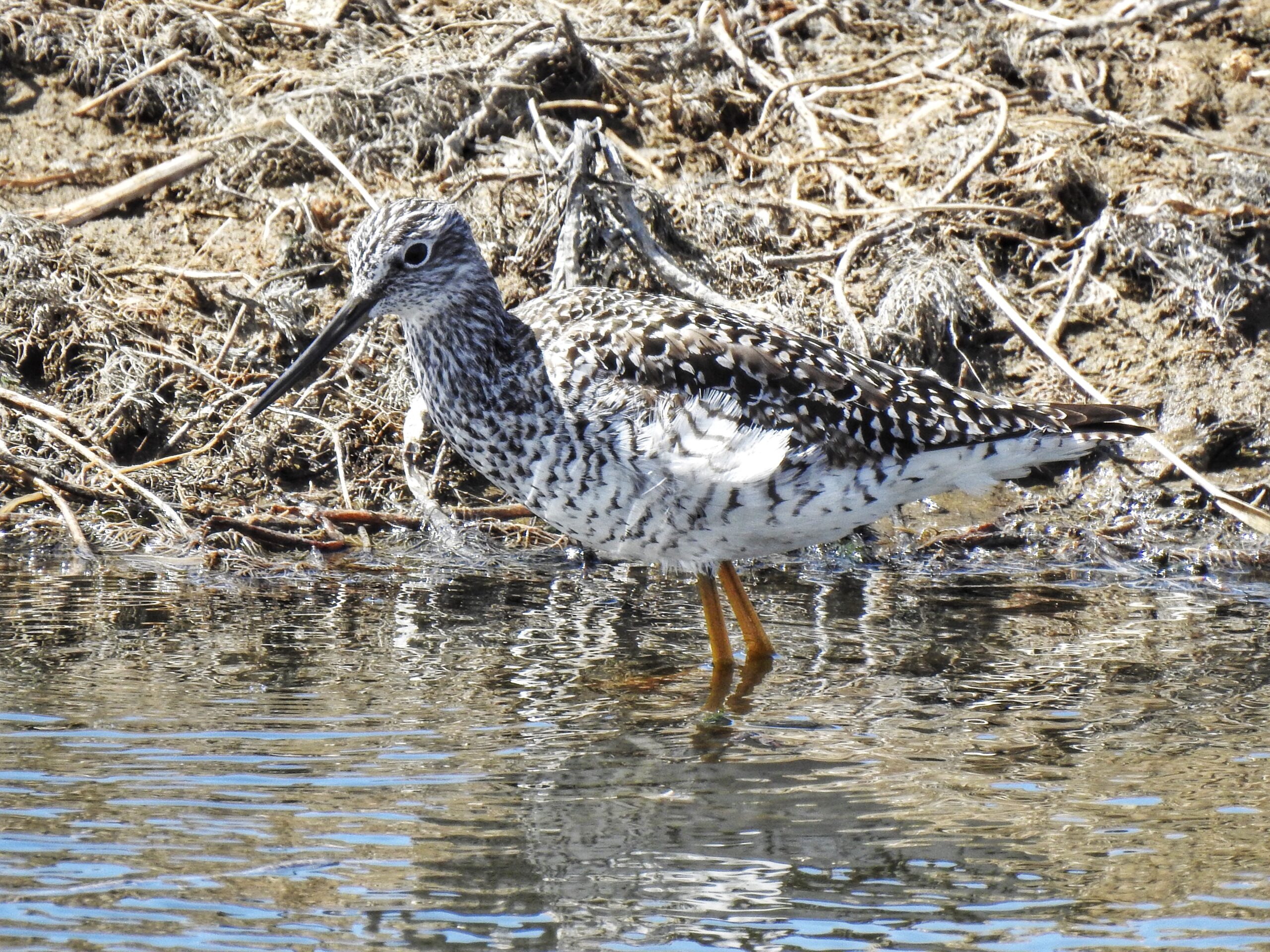 A pair of Northern Pintails 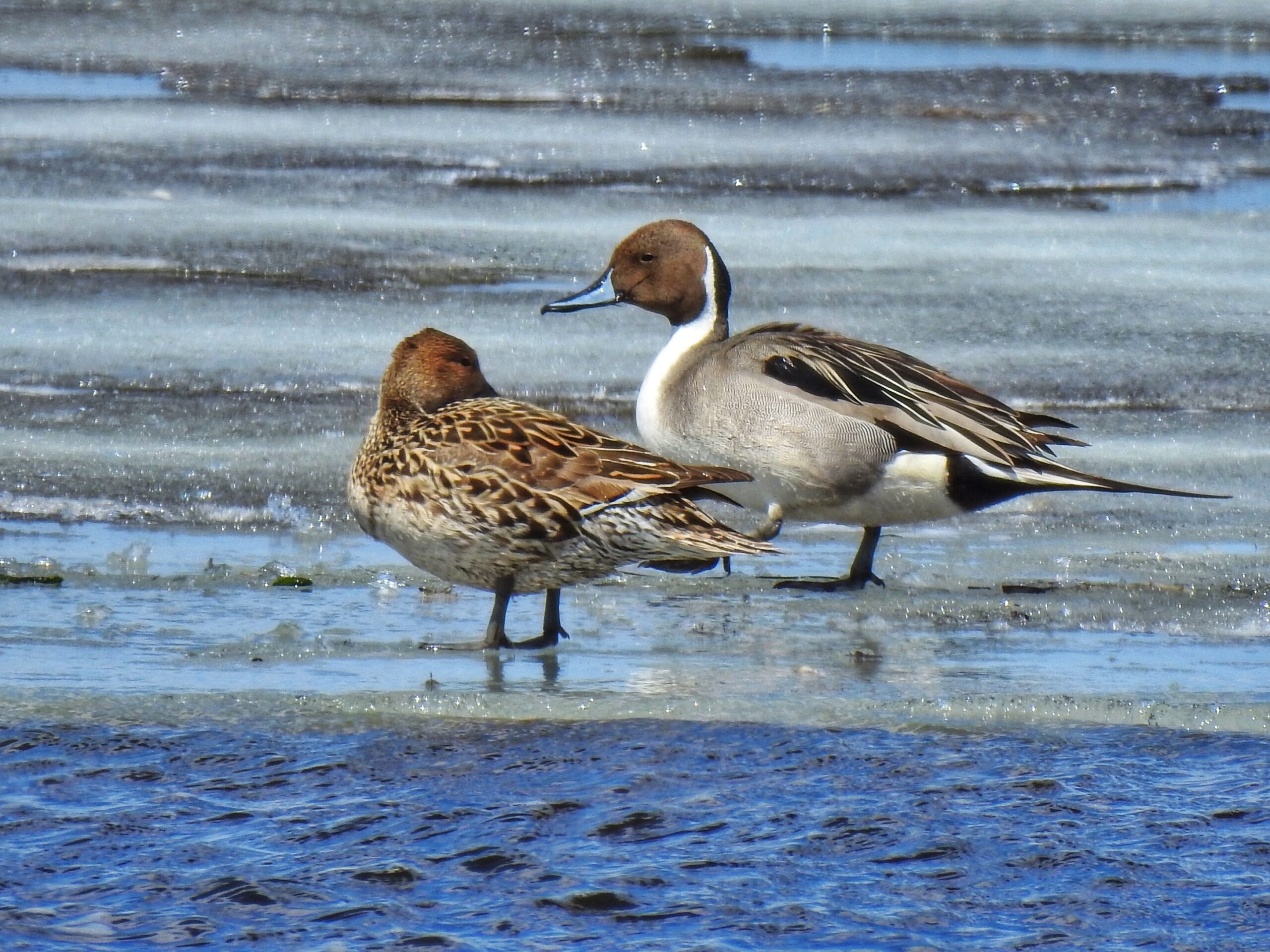 I got to Sarasota, Wyoming around 3:30 and drove to nearby Sarasota Lake to bird. It was extremely windy, but there were things to see.

Clark’s Grebe. I followed this guy as I drove across the dam. It would dive, and I’d pull forward, trying to guess how far it would go underwater. In maybe five minutes, we probably went a quarter mile. 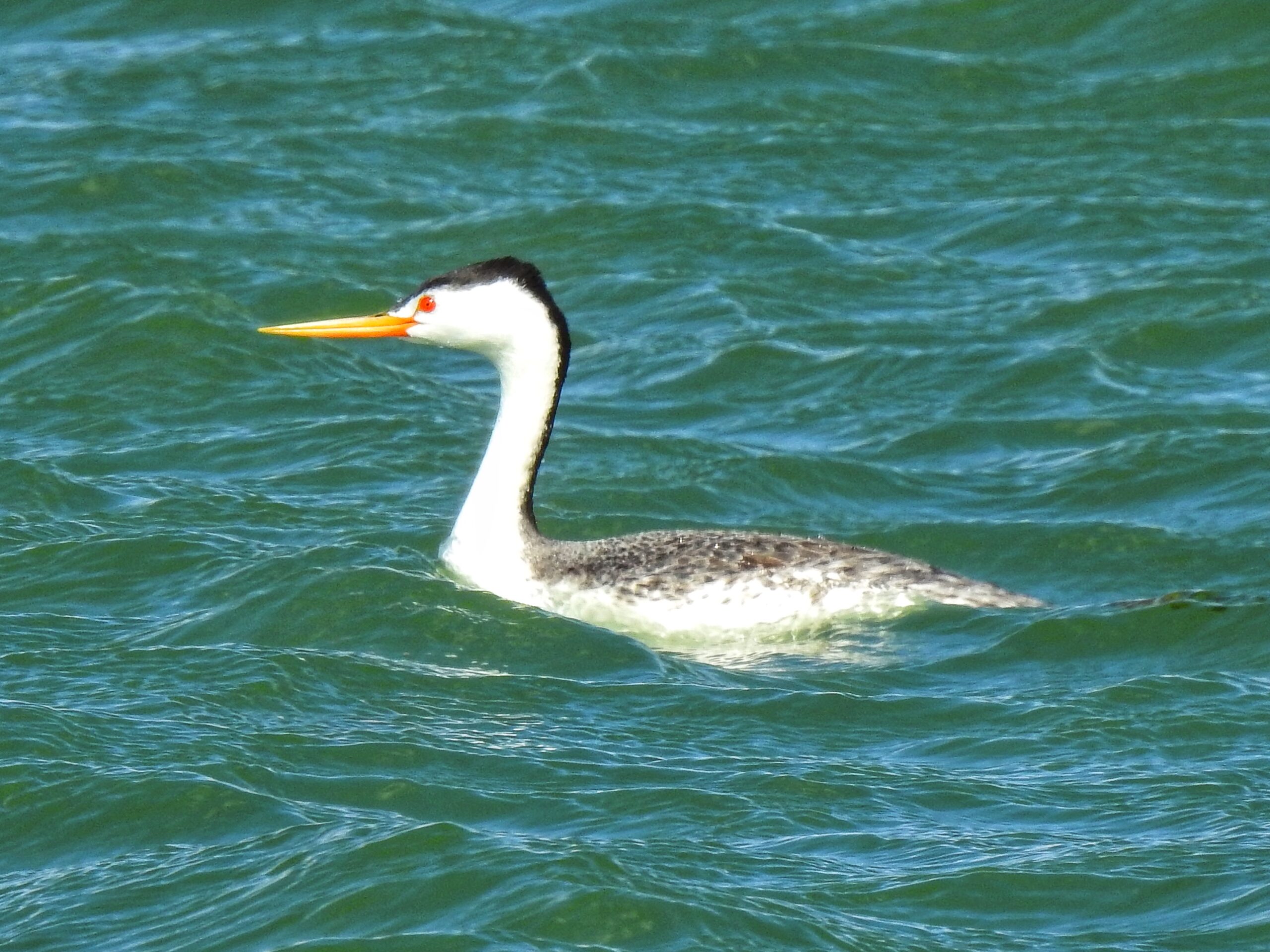 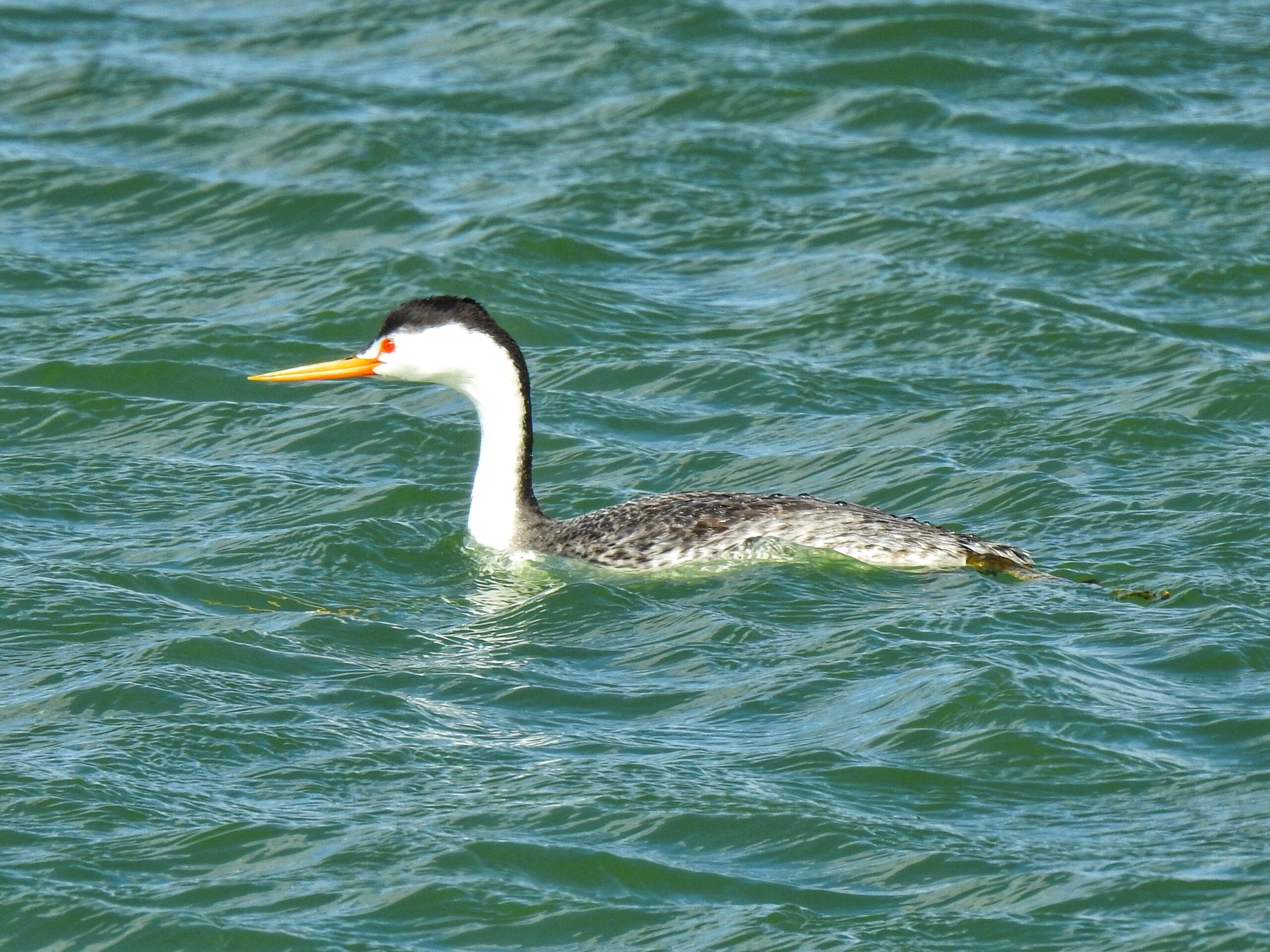 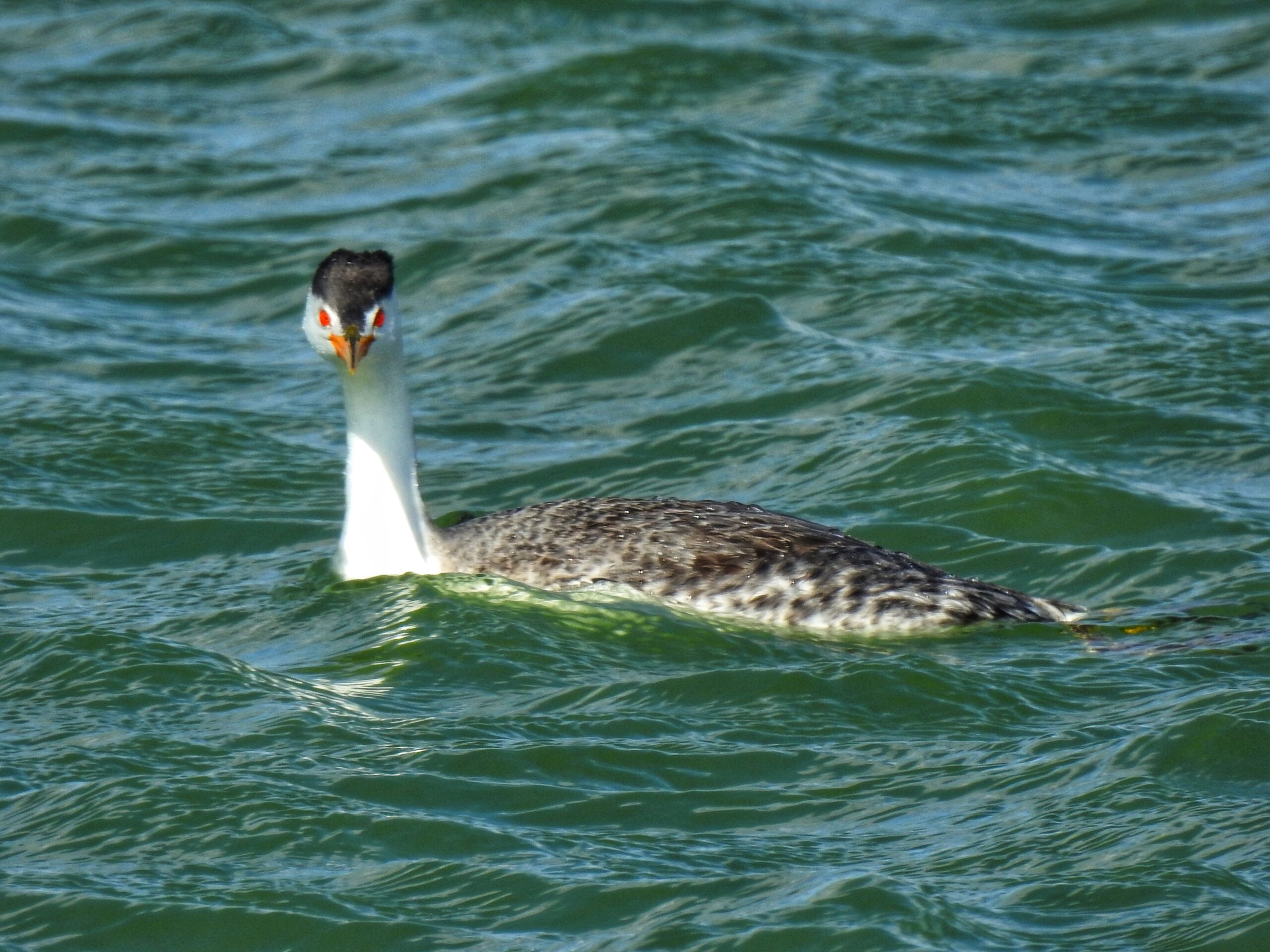 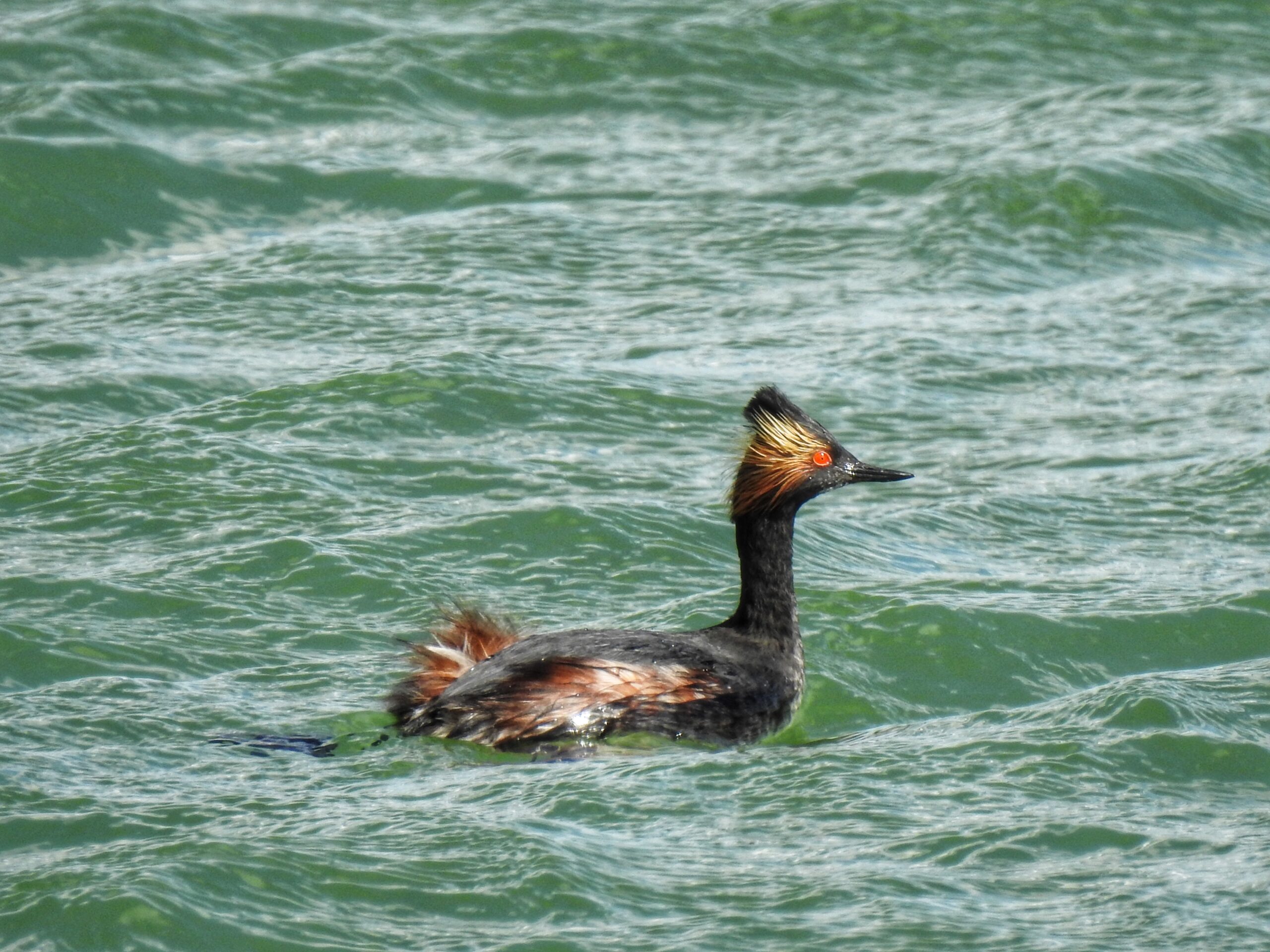 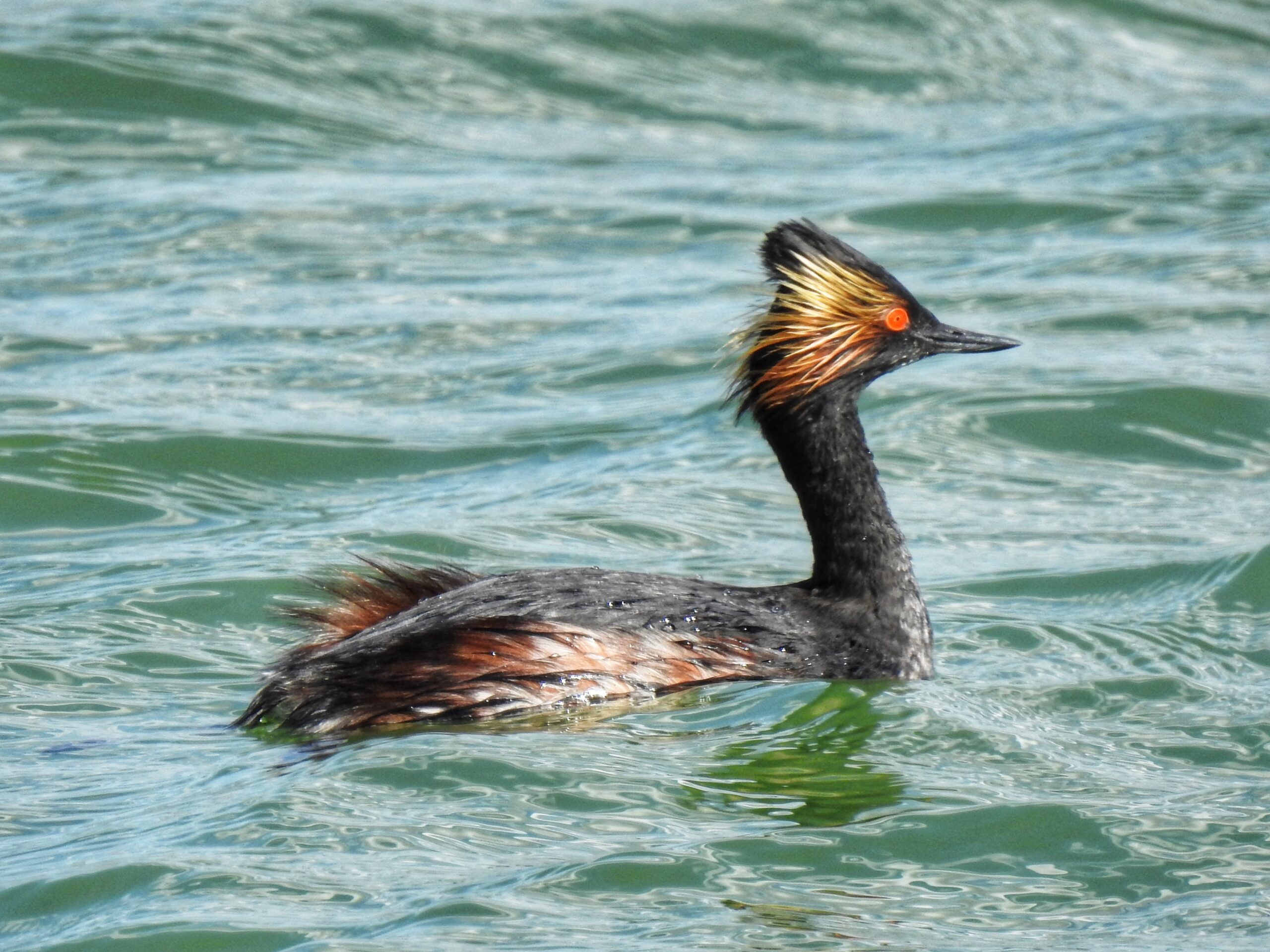 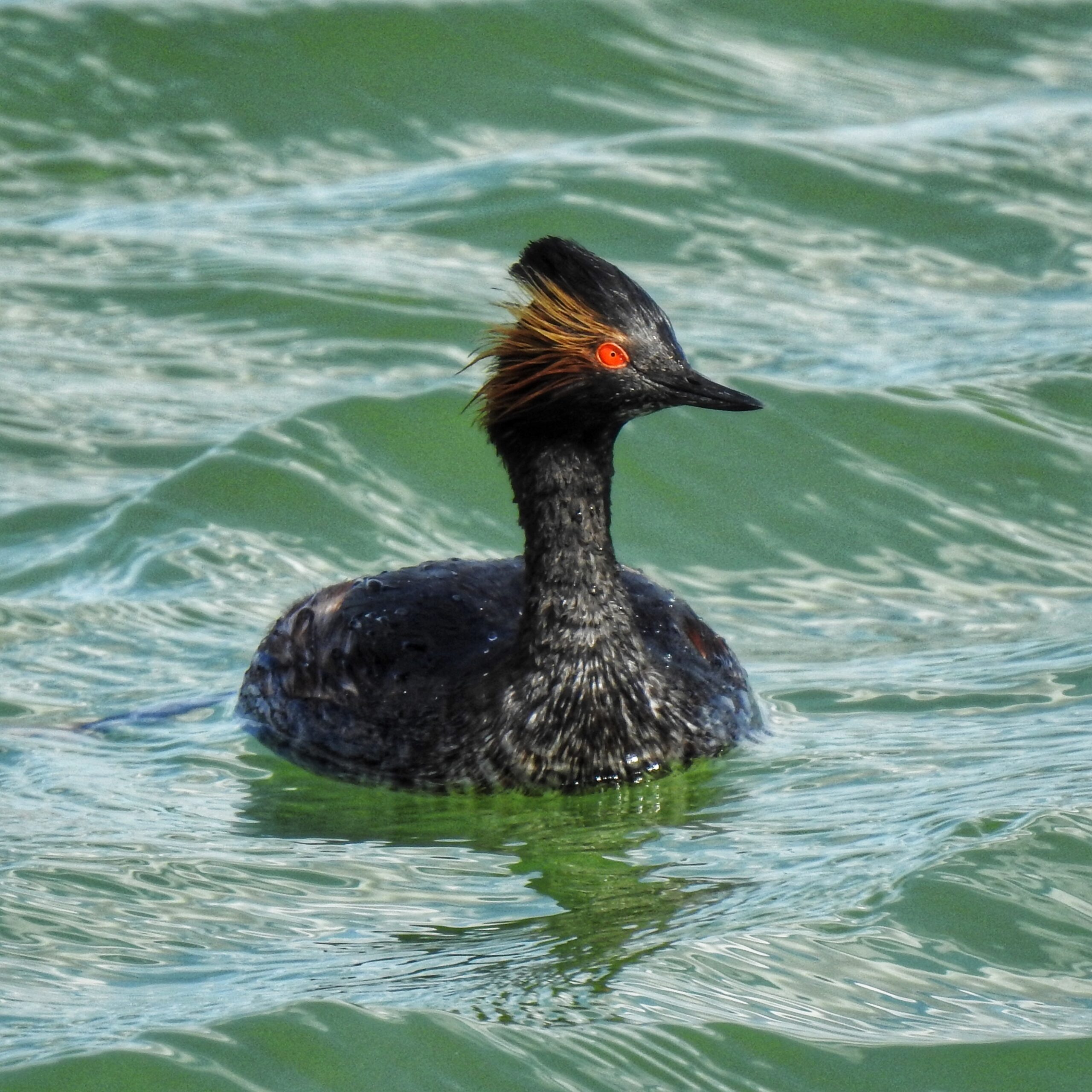 The best restaurant in town turned out to be the grocery store next to my hotel. So I spent a long evening eating lunchables, Doritos, and fruit snacks while watching a movie and reading.

On my way home the next day, after seeing a Greater Sage-Grouse lek, I stopped at Red Rocks Park in Morrison to see if I could get pictures of the Peregrin Falcon pair. They were there, although they were very high on the cliff and hard to photograph. 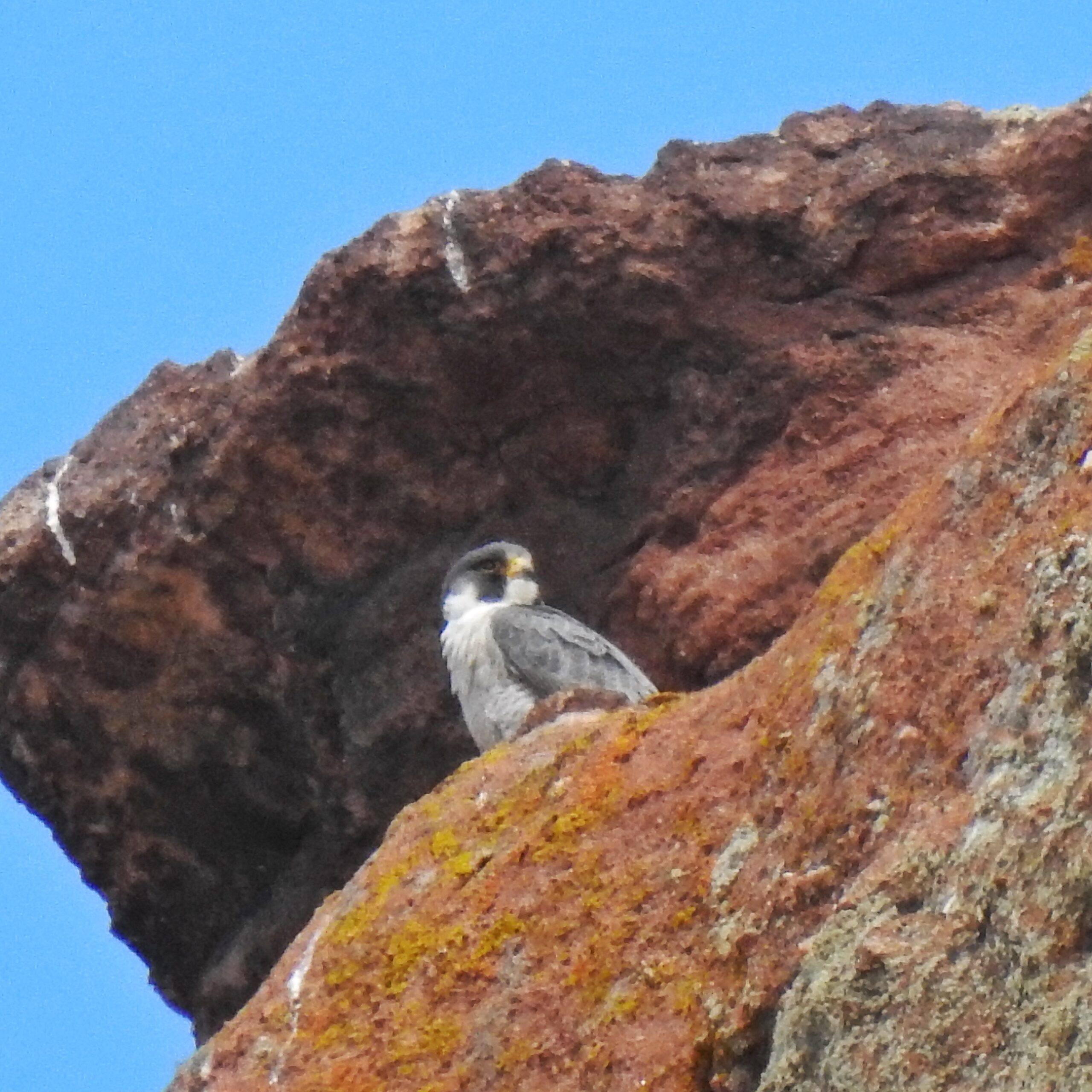 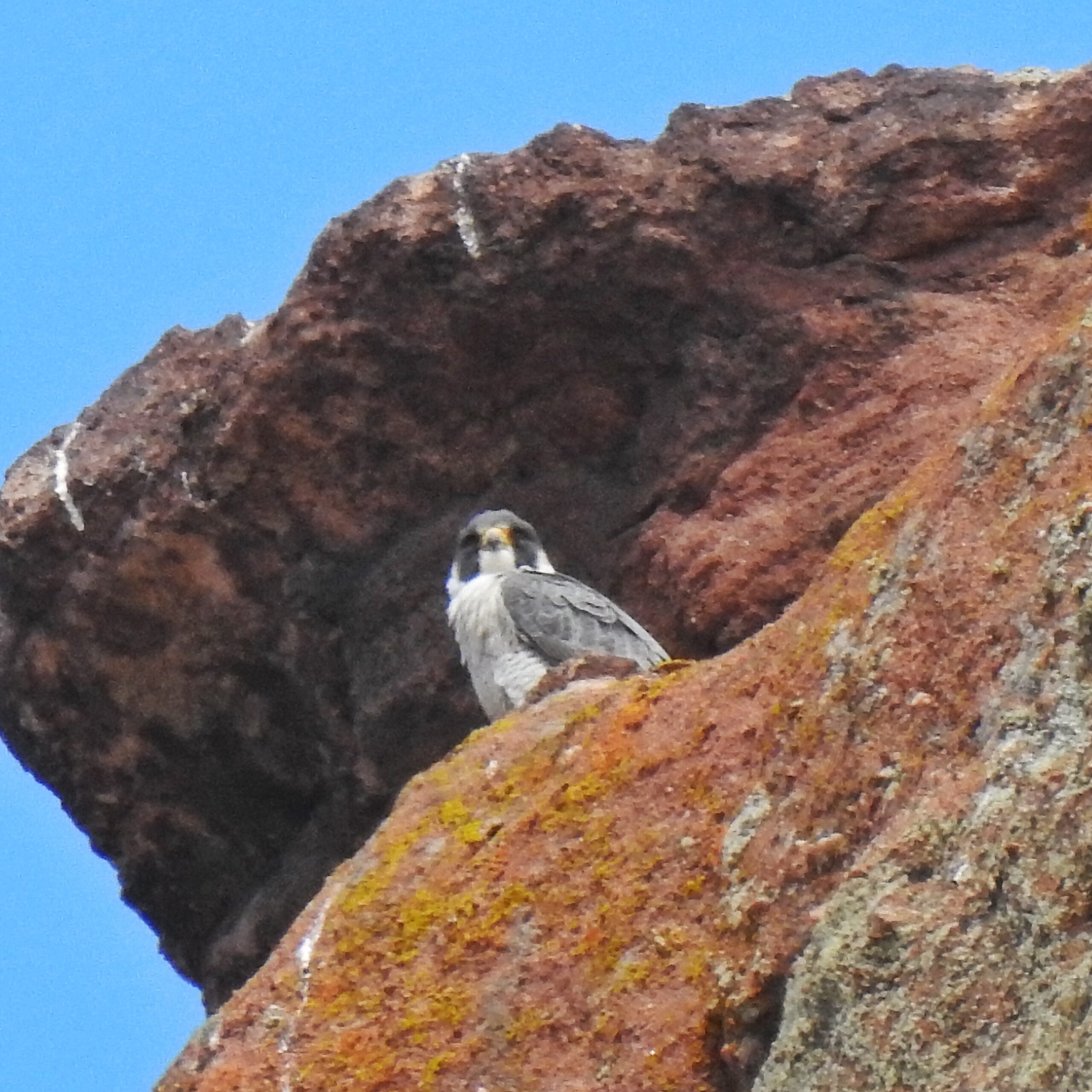 A Red-tailed Hawk soared too close, the this Peregrine went after him with a vengeance. He made six or eight dives before the Red-tail could finally get far enough away. 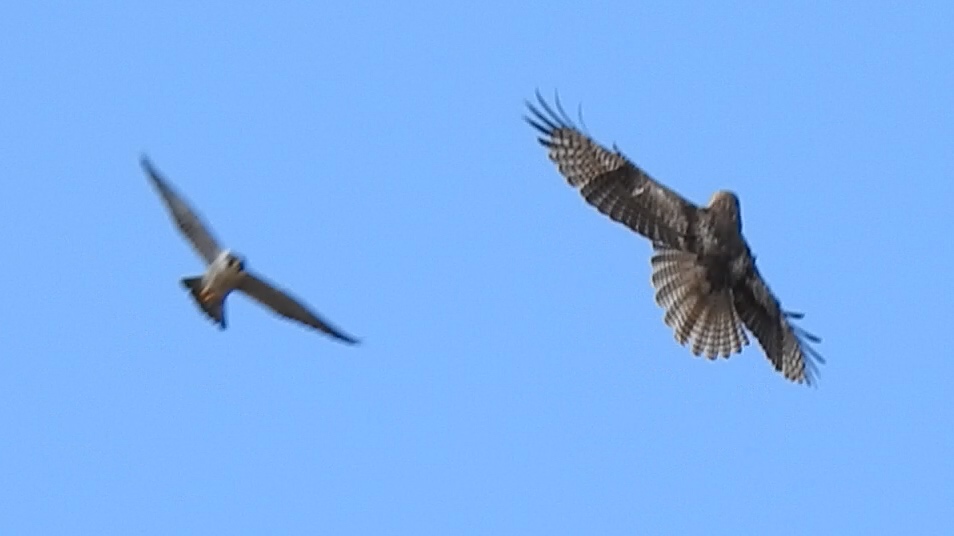