Opryland Resort was huge — three large hotels with a combined 2,000+ rooms, all covered with a glass ceiling with huge atria in between. The atria were filled with stores, restaurants, fountains, rivers, waterfalls and live plants. It was impressive in an excessive sort of way. 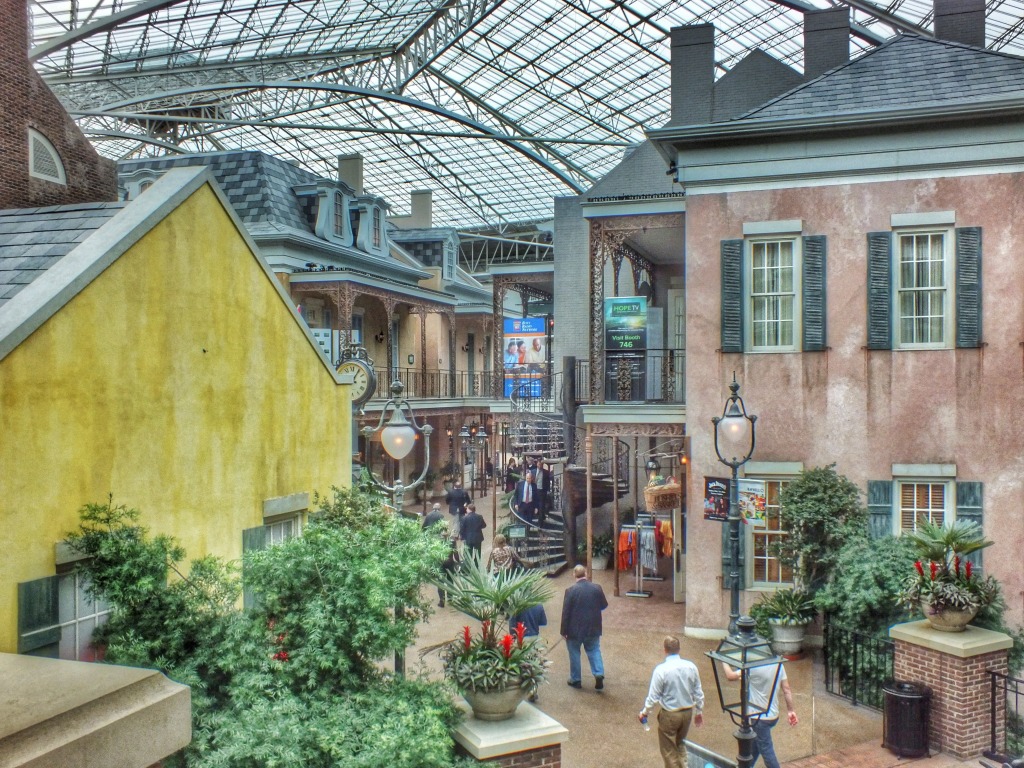 I saw the guy in this photo on several occasions. His full-time job, apparently, is to maintain the ponds and river inside the resort. 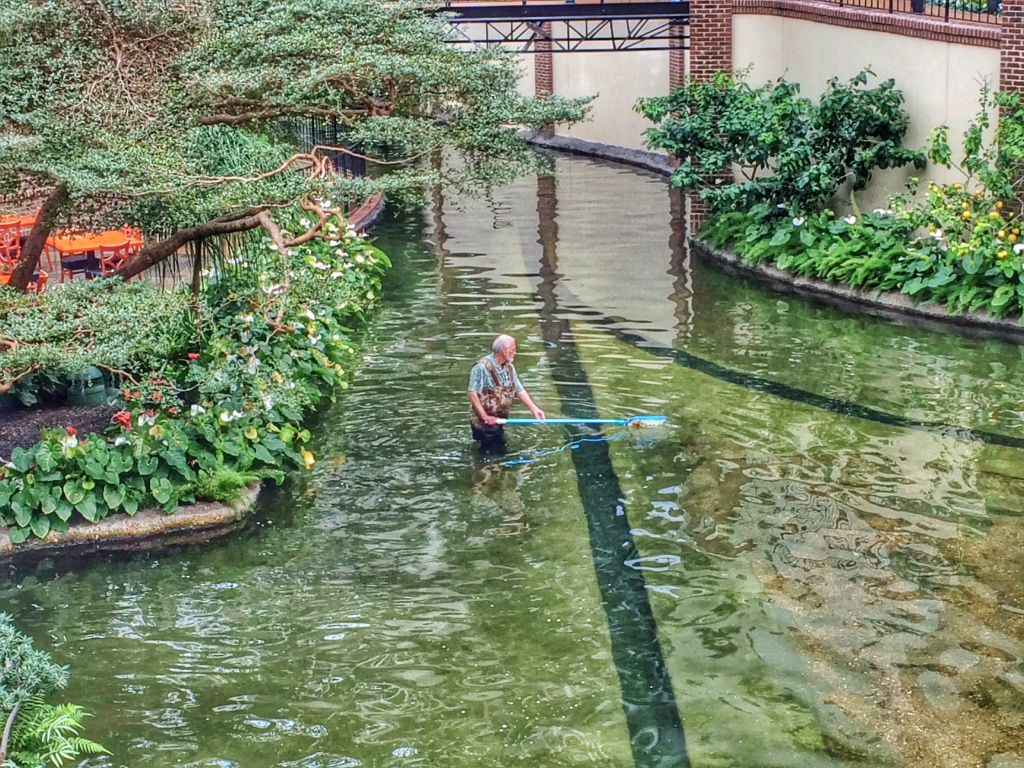 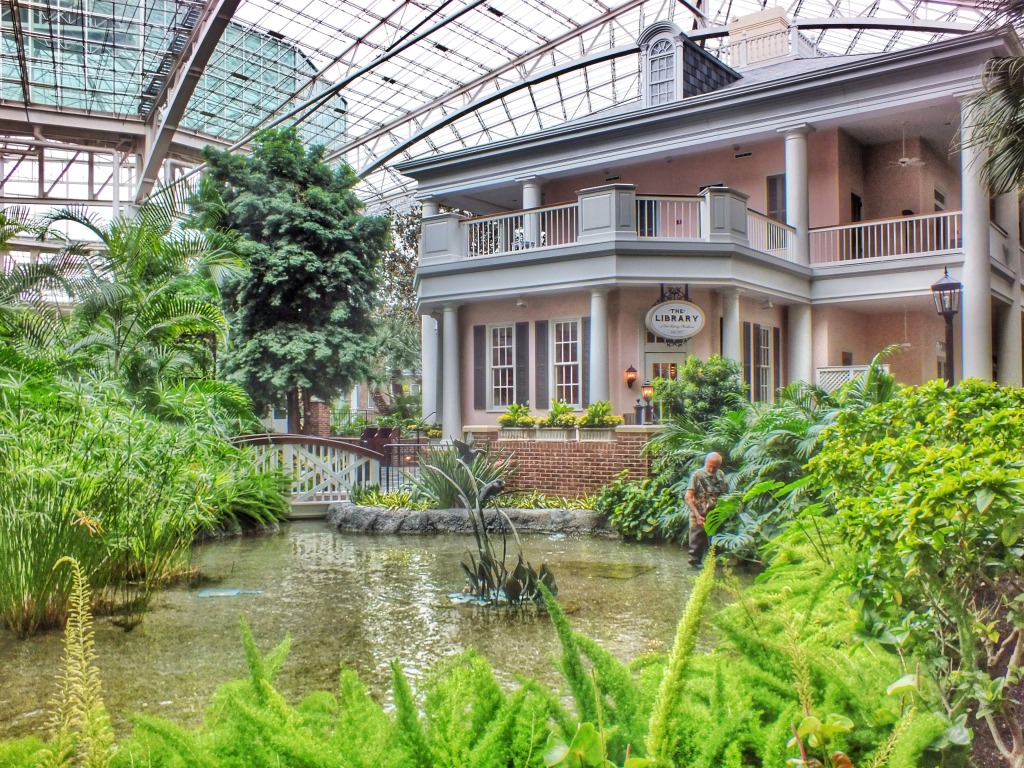 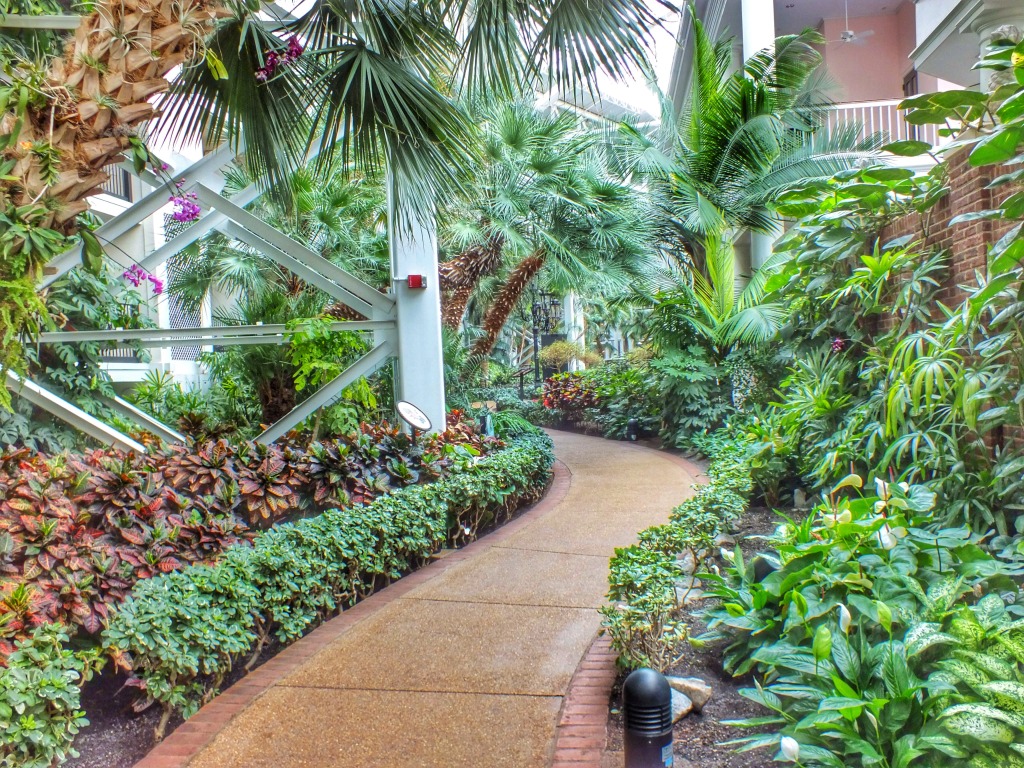 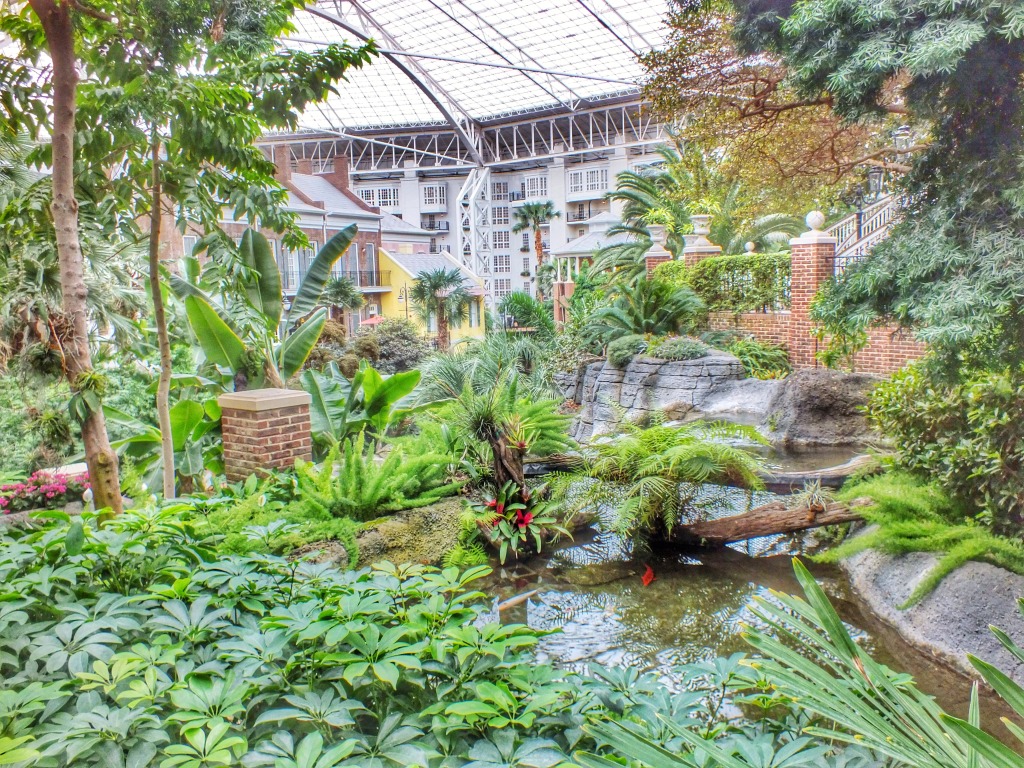 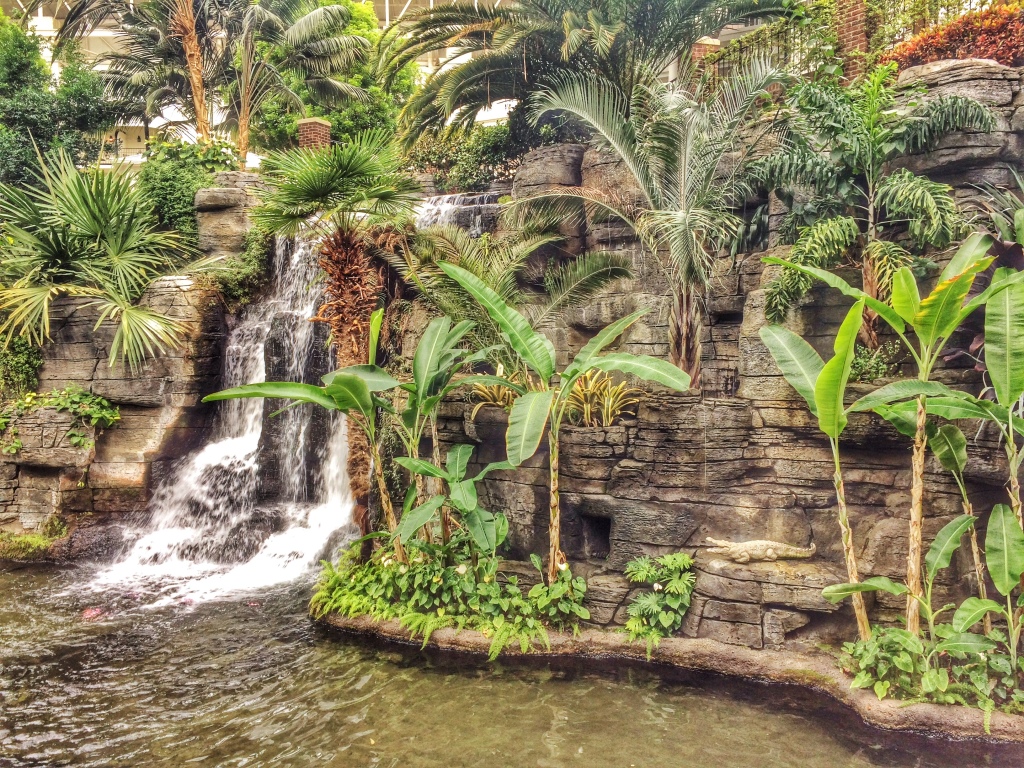 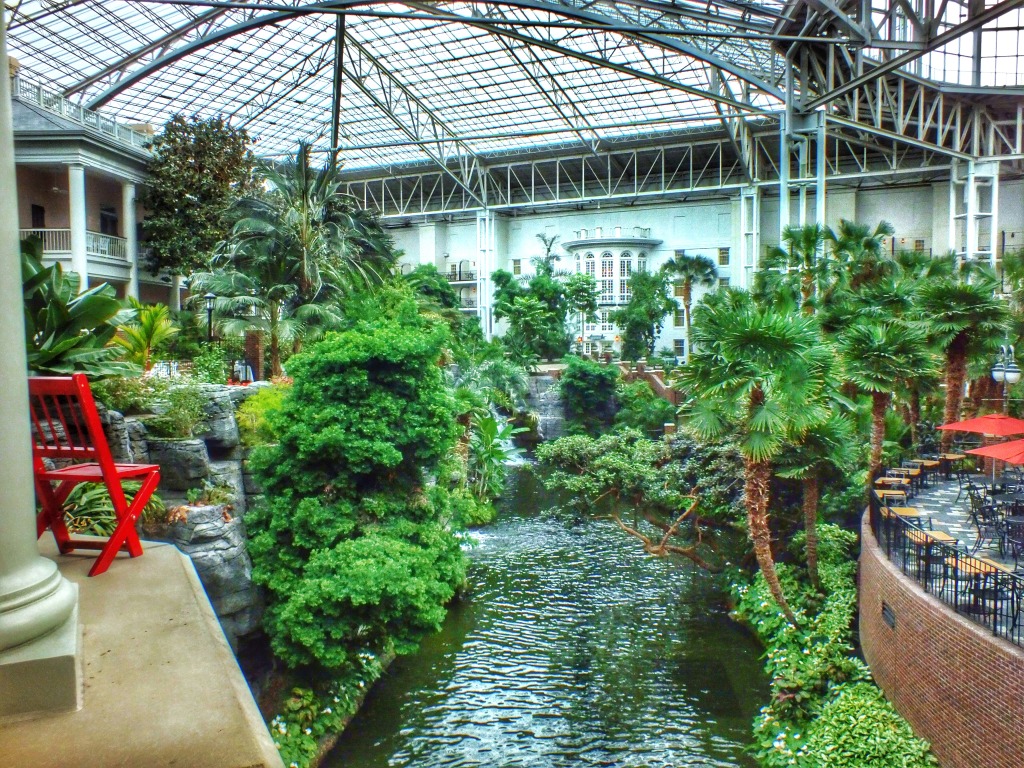 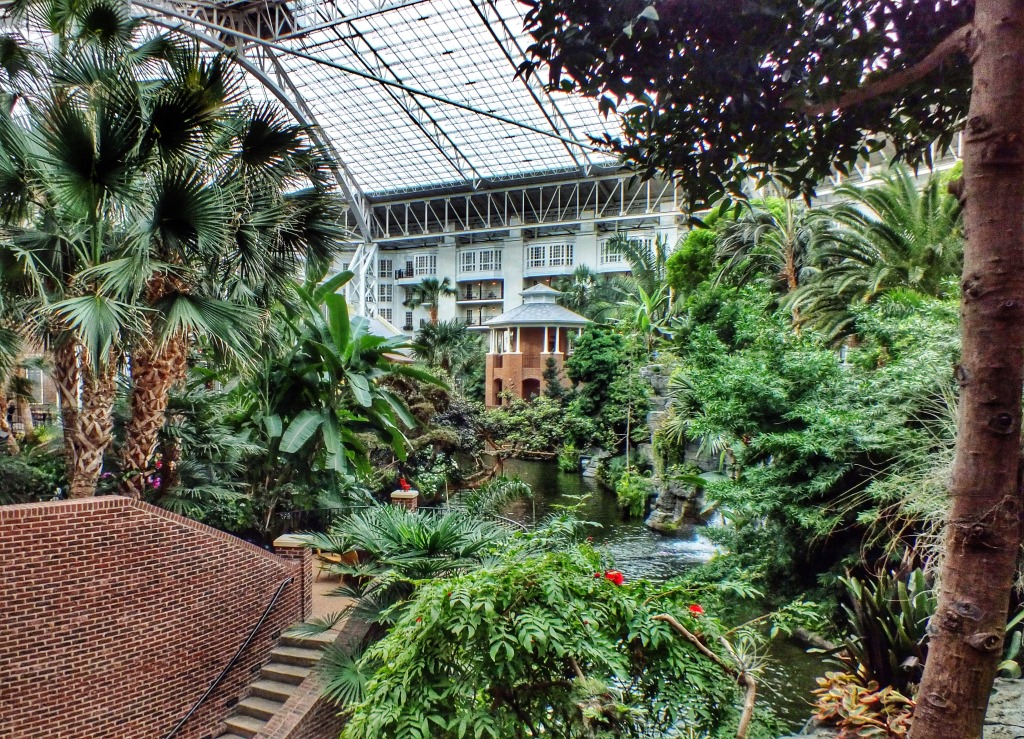 I was tempted to pay the $10 to take the quarter-mile boat ride because how many chances will I have to take a boat ride around the inside of my hotel? But I never got around to it. 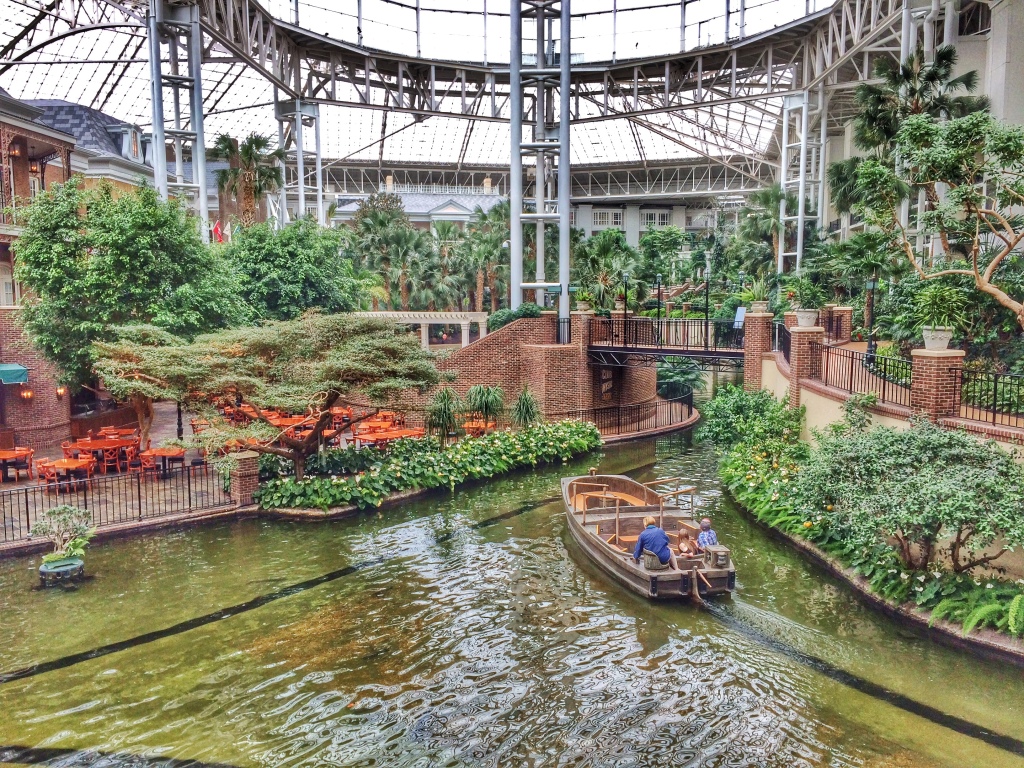 A bunch of us ate at this restaurant one of the nights. Our table was tucked back into one of the cave-like alcoves along the side. I had salad and steak, both of which were tasty. 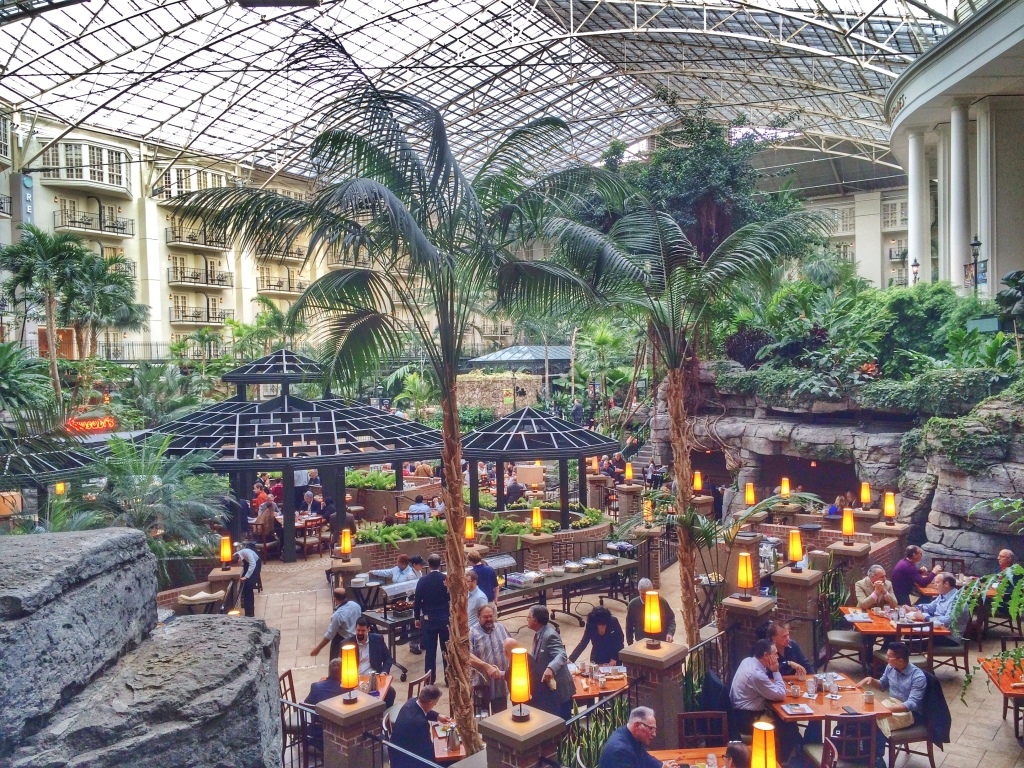 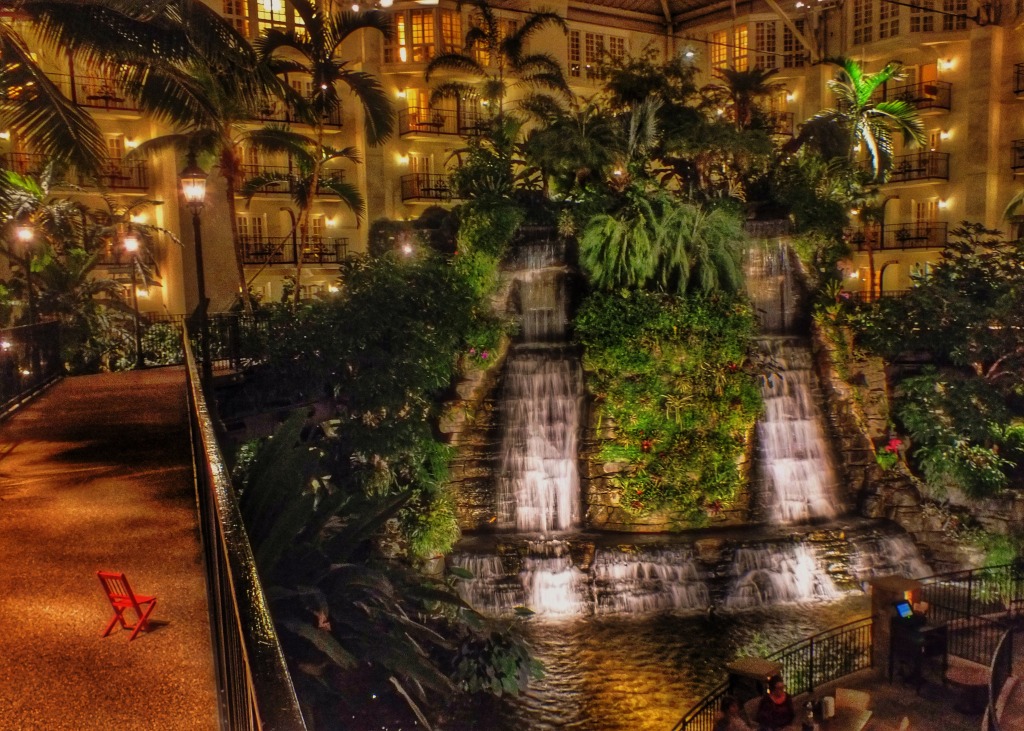 There was even a 15-minute water, light and music show in one of the fountains. 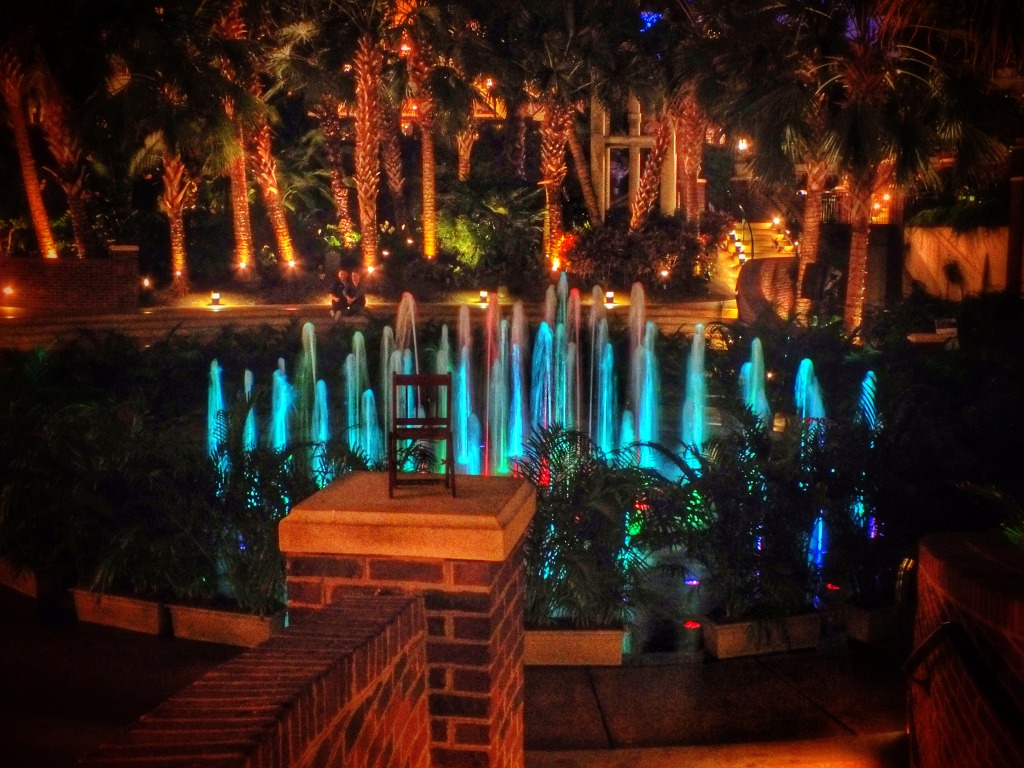 I won’t make you sit through the entire thing. Here’s the time lapse version.

These murals were tucked into an alcove inside the resort. I couldn’t resist … 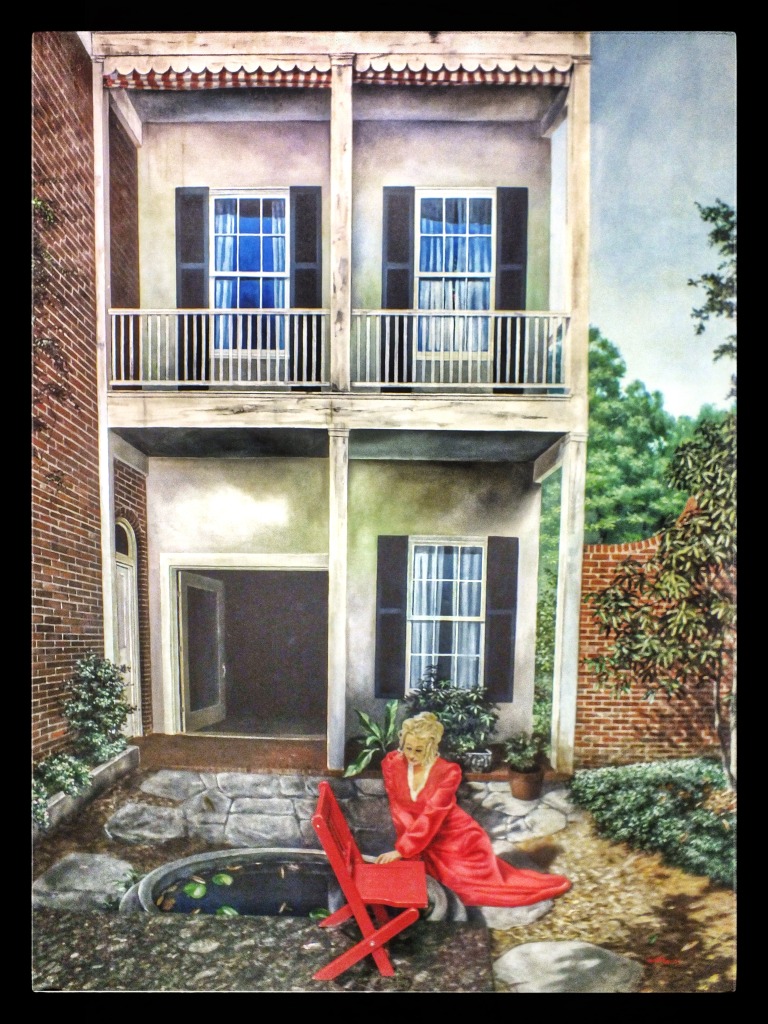 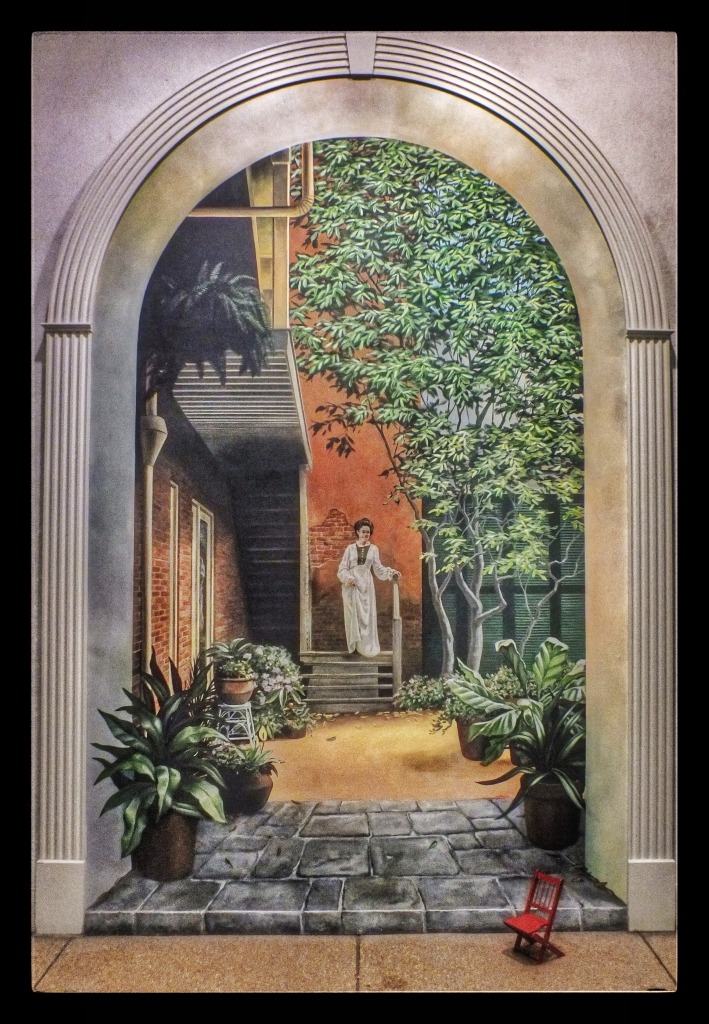