On a cold Tuesday morning, a friend and I got up early and visited Fort Negley, located on a hill south of downtown Nashville. We were much too early to get into the visitor center.

The fort was built by the Union Army in 1862 to defend the city from attempts to retake it by the Confederacy. Artillery in the fort was used during the Battle of Nashville in 1864. It was the largest stone fort built away from the coast during the war, but all the stones visible now are from a “reconstruction” by the WPA during the Depression. 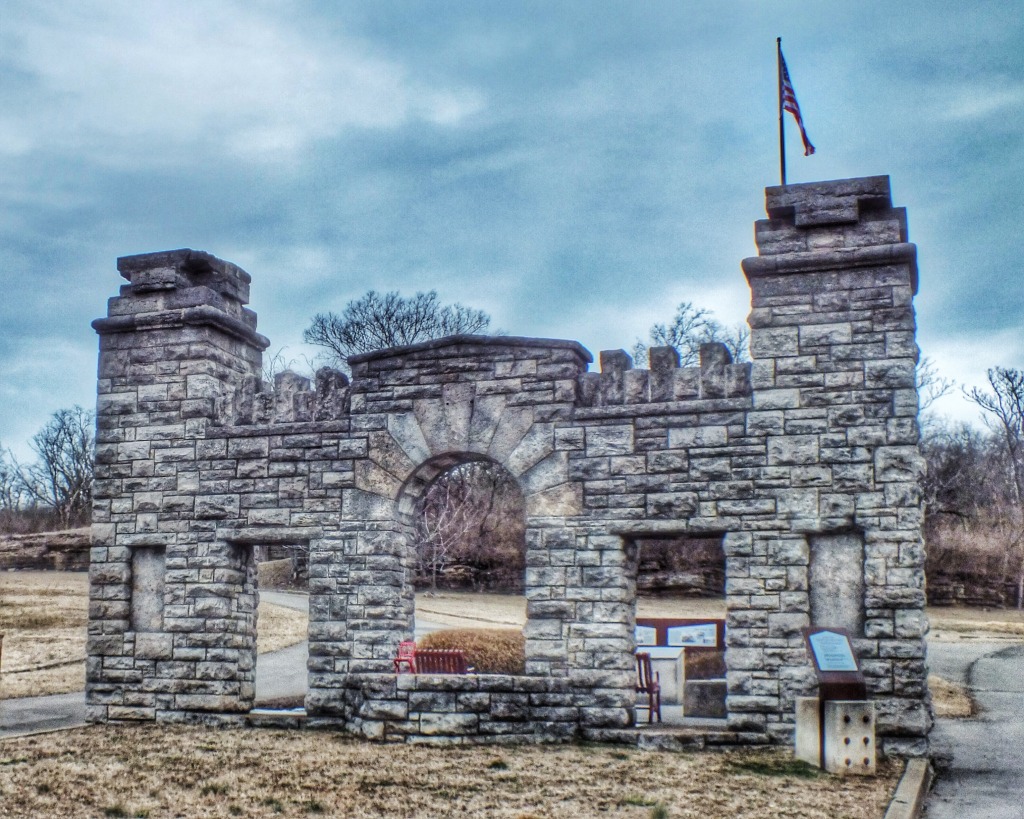 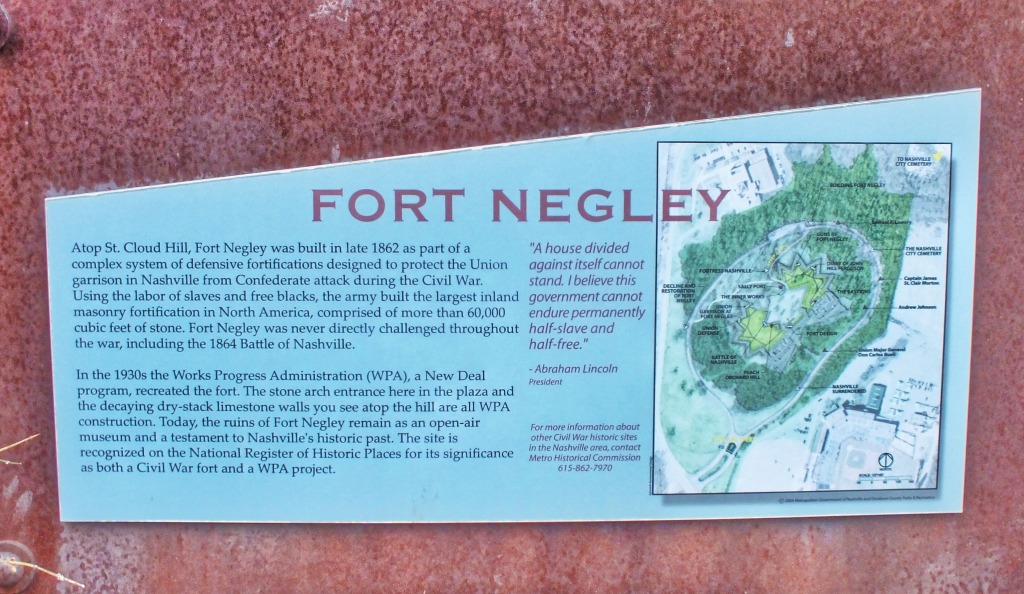 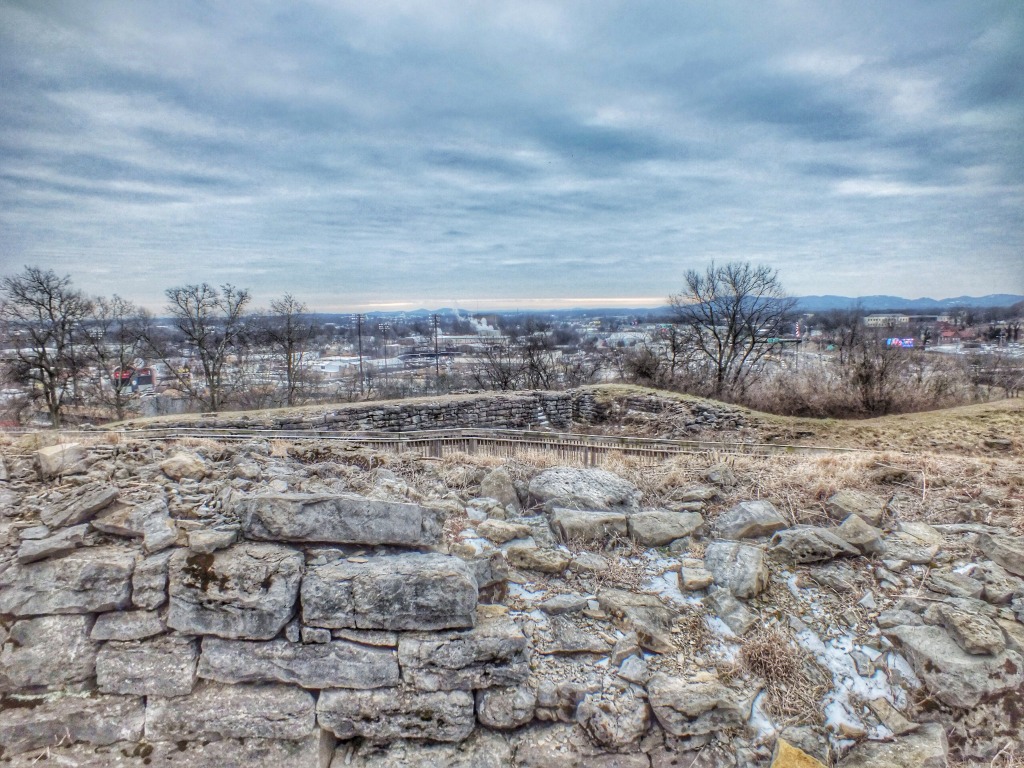 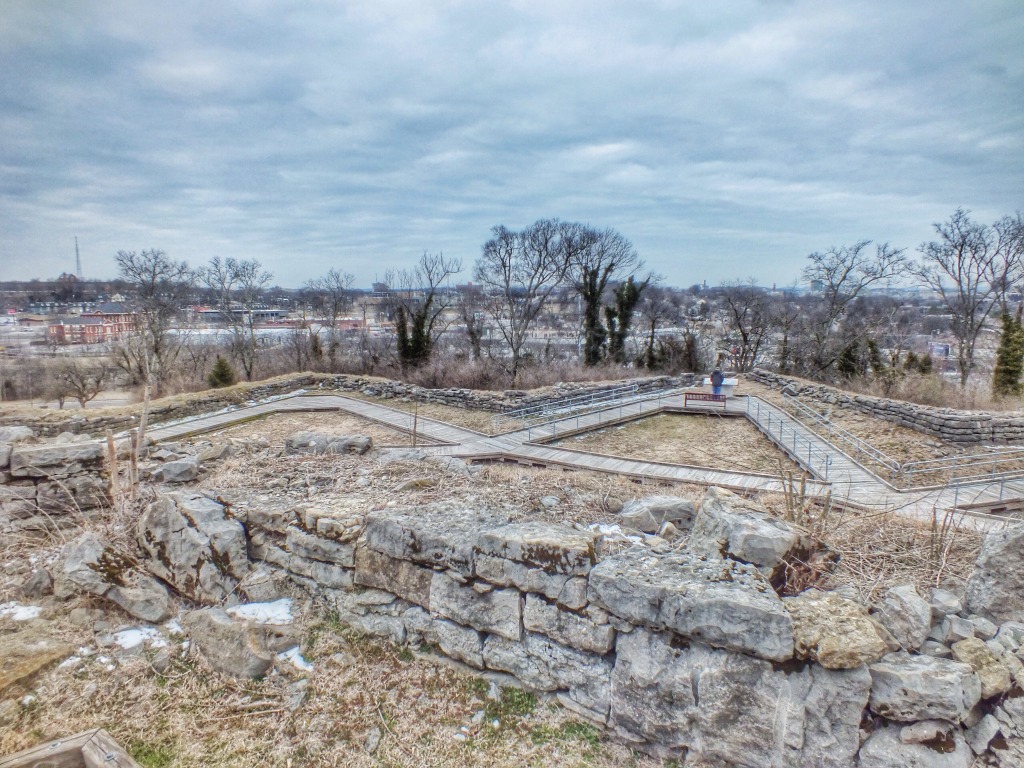 Downtown Nashville from inside the fort. 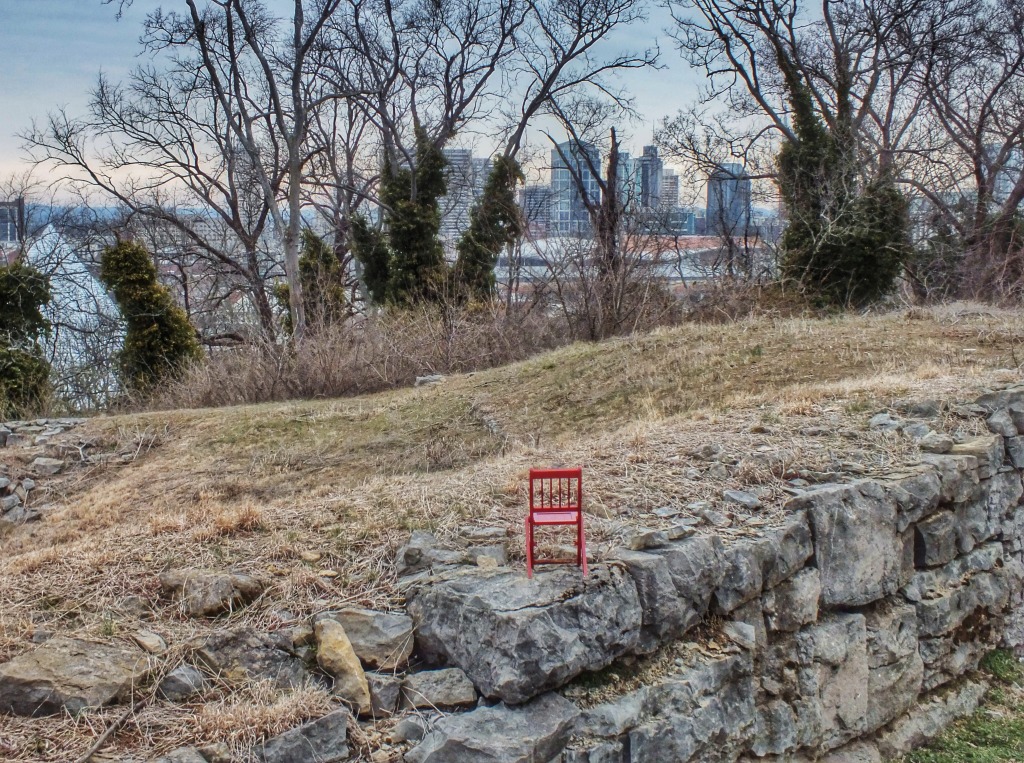 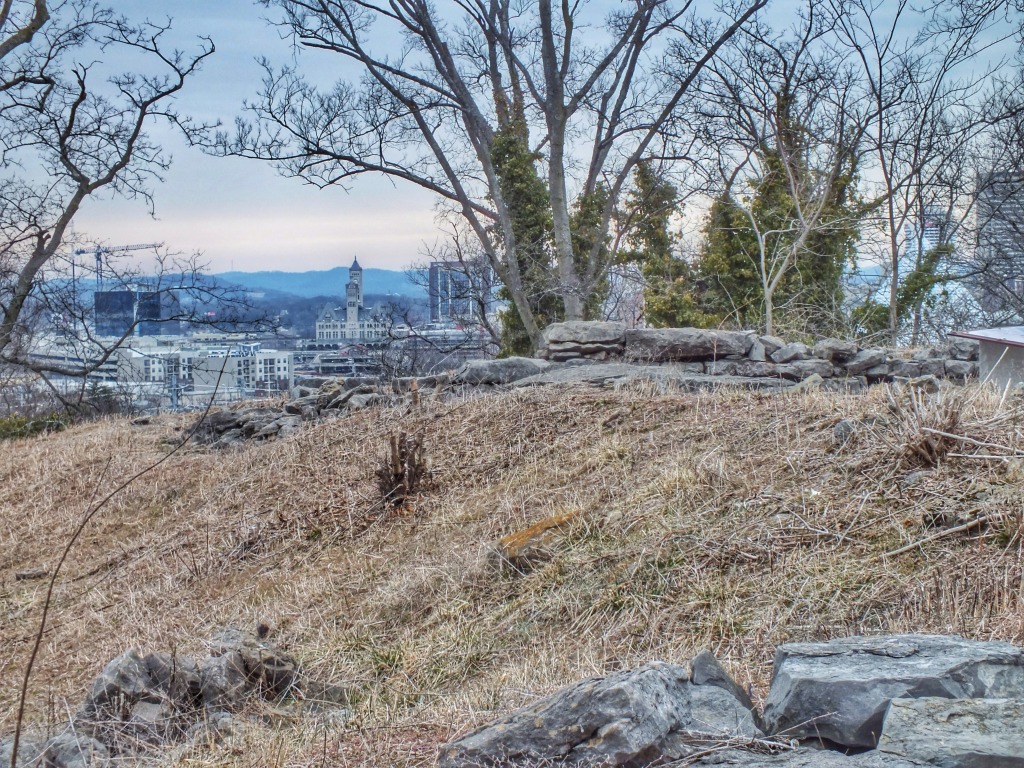 These sights point to Peach Orchard Hill where an unsuccessful Union attempt was made to break the Confederate lines on December 16, 1864. 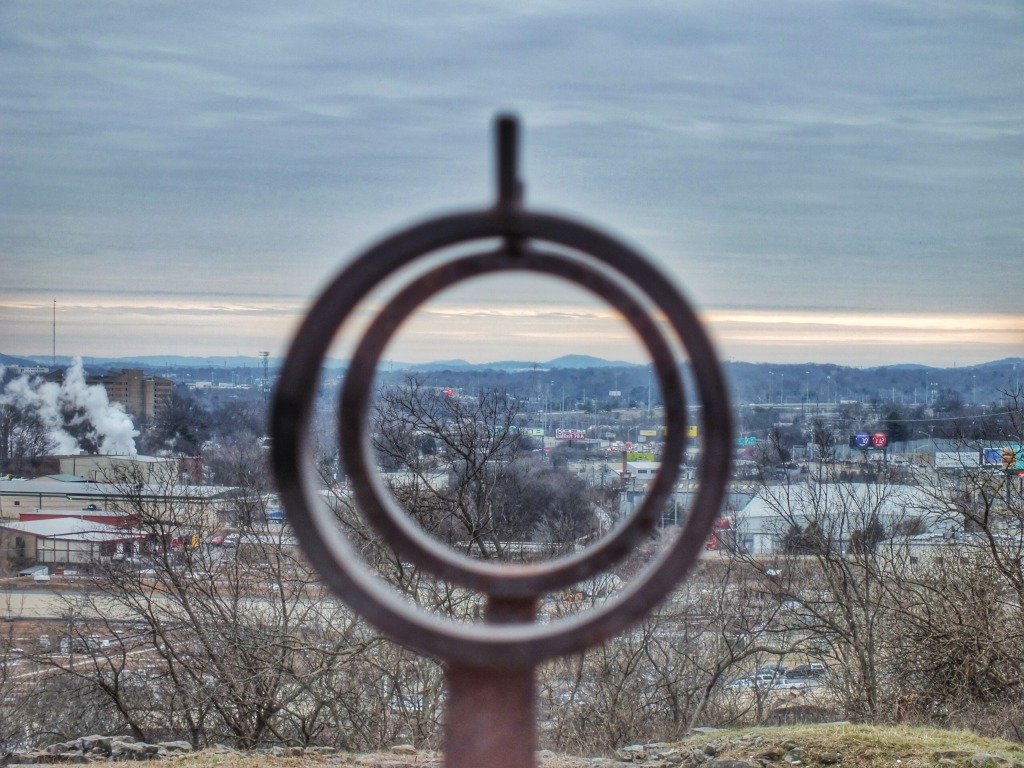 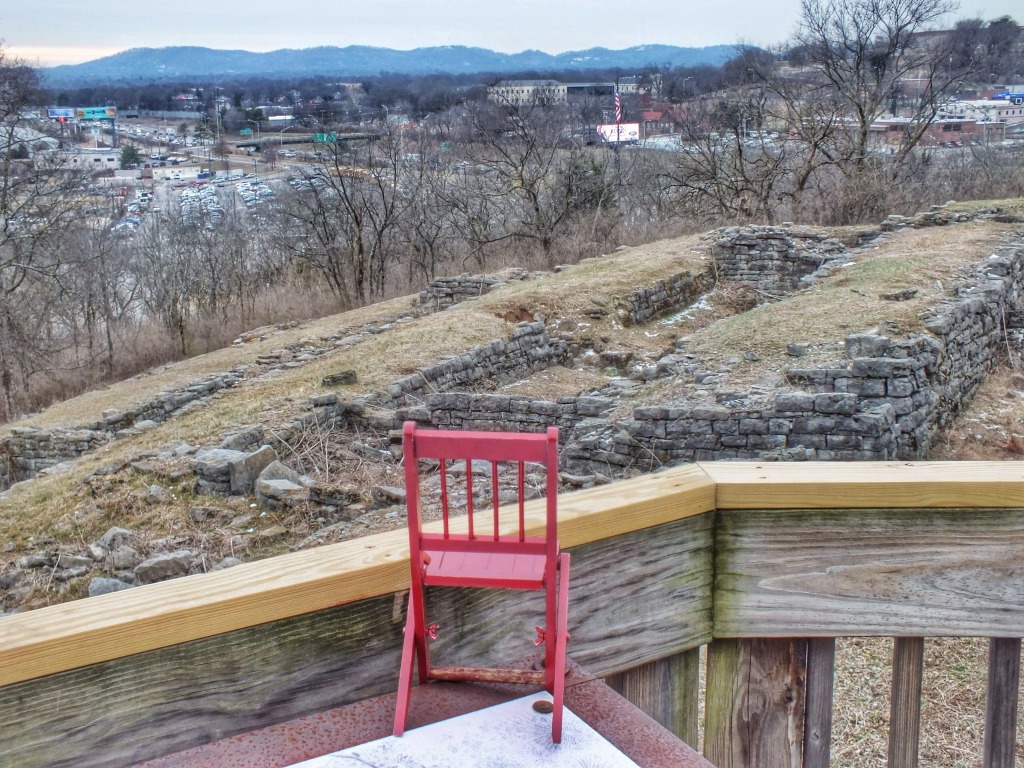