I was in Nashville to work the booth at a conference. On Monday, a friend and I drove to Columbia and toured James K. Polk’s home. 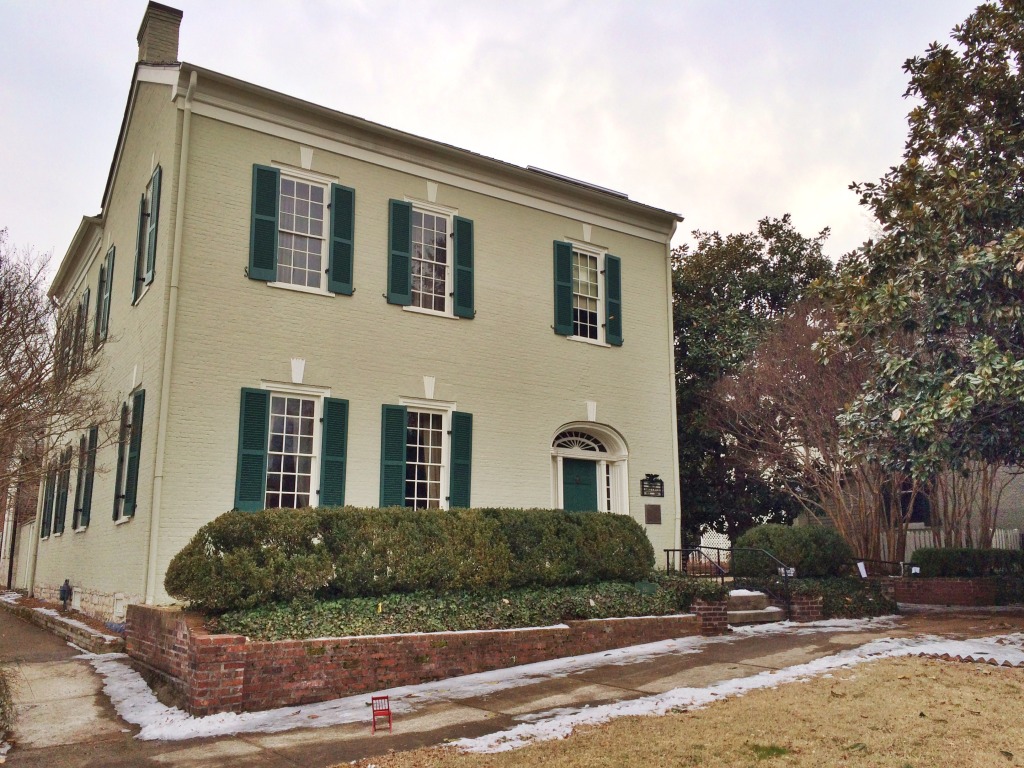 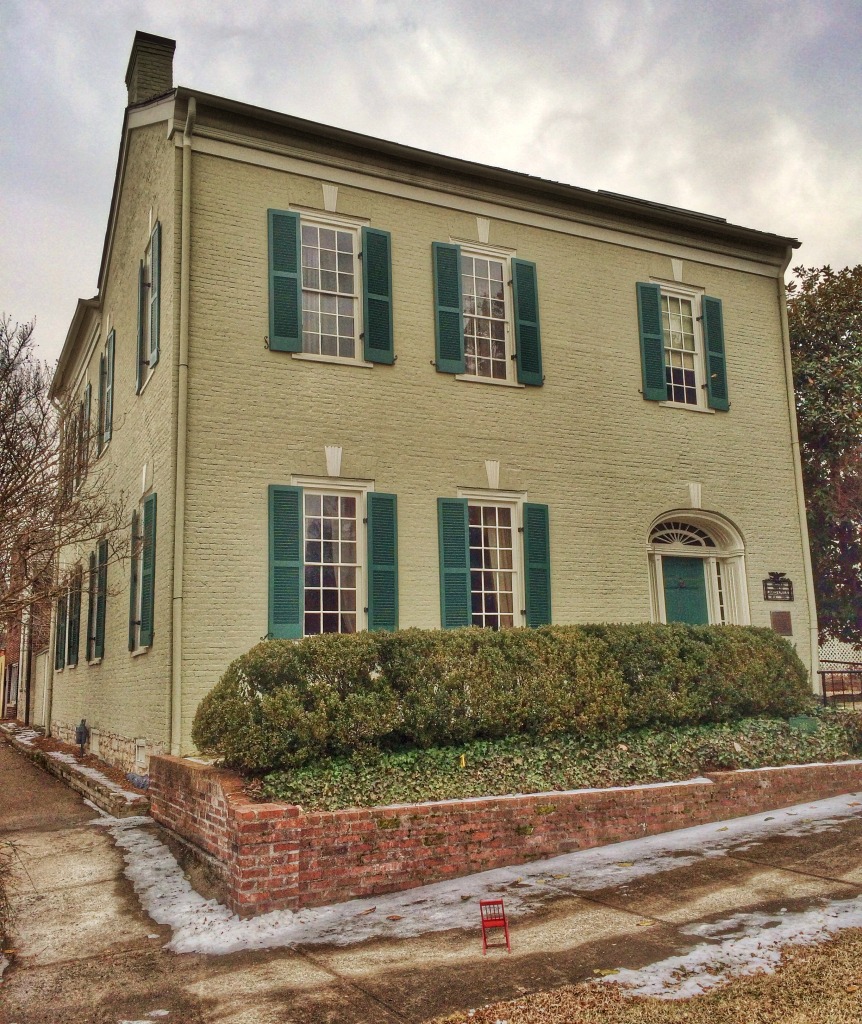 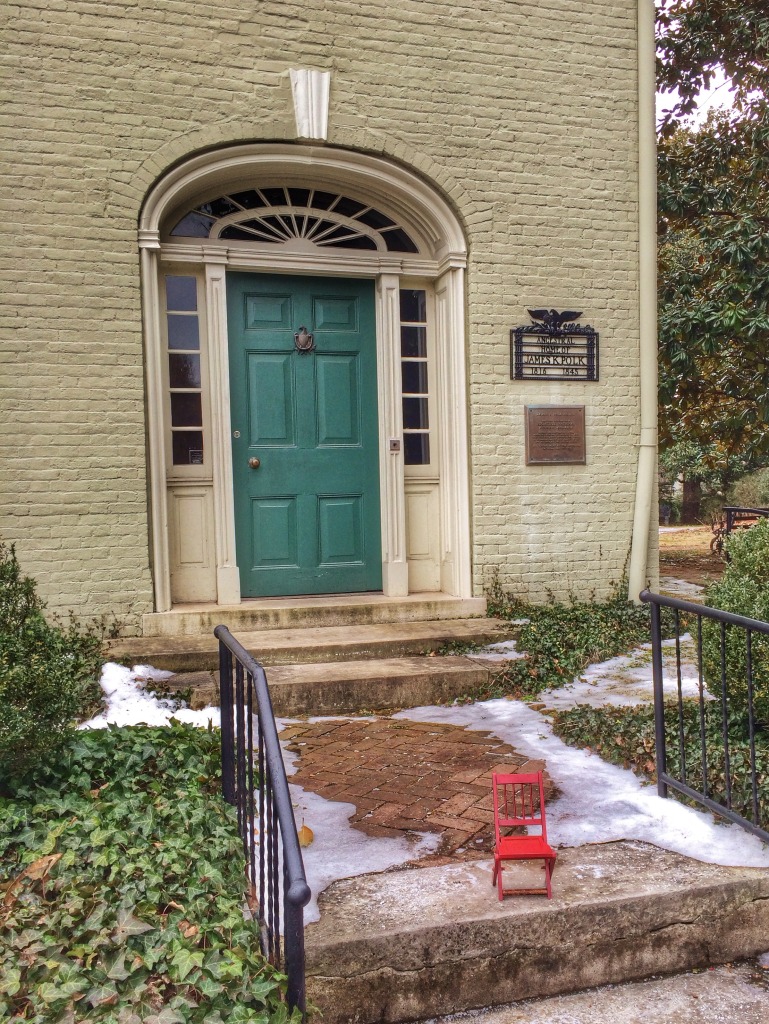 We were on a tour with a couple from Minnesota. Our guide could see that all of us were interested and informed and so she took her time, answered our questions and was very informative. In fact, she took so long that we didn’t have time to look around the visitor center in the house next door.

Polk lived in the house, which was his parents’ home, from the time he was 17 until he was married at 23. The furniture now in the house was owned by the Polks, but isn’t from this house. Some is from the White House, some from other homes (now gone) James and Sarah lived in, and some of it was Sarah’s after James died.

This is the entrance hallway. I thought it, and the hallway upstairs, were both very large for a house with only five rooms. 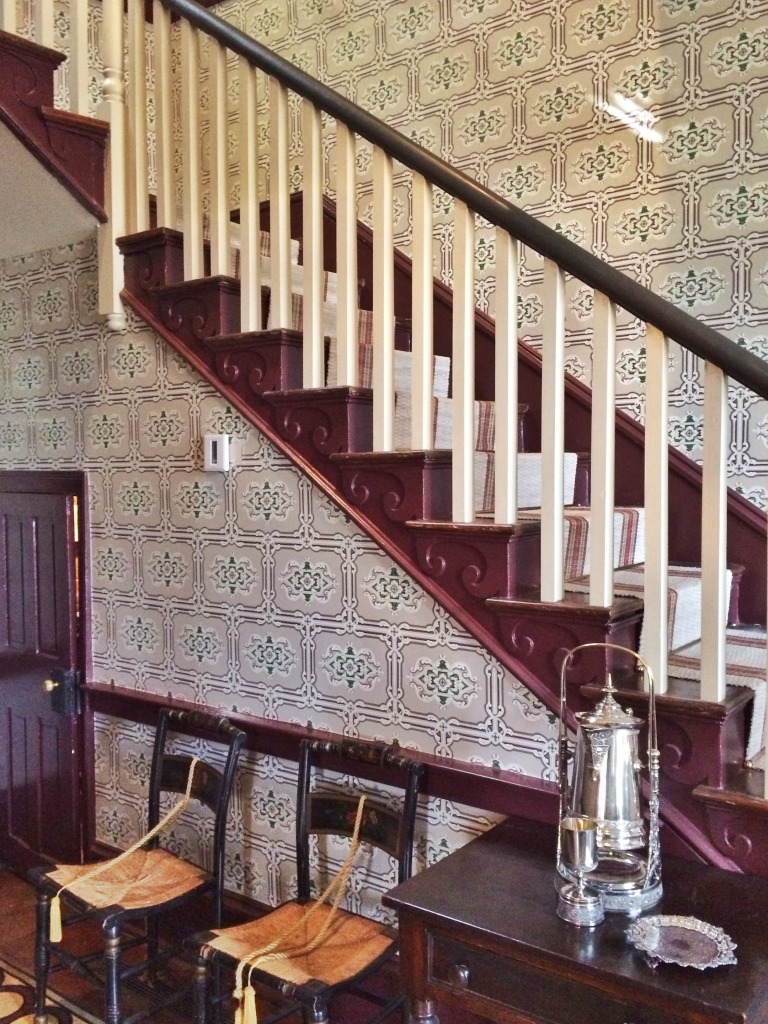 The parlor, with furniture from the White House. The table on which I placed the chair (with permission) was given to the President by an African nation. The top is inlaid marble. 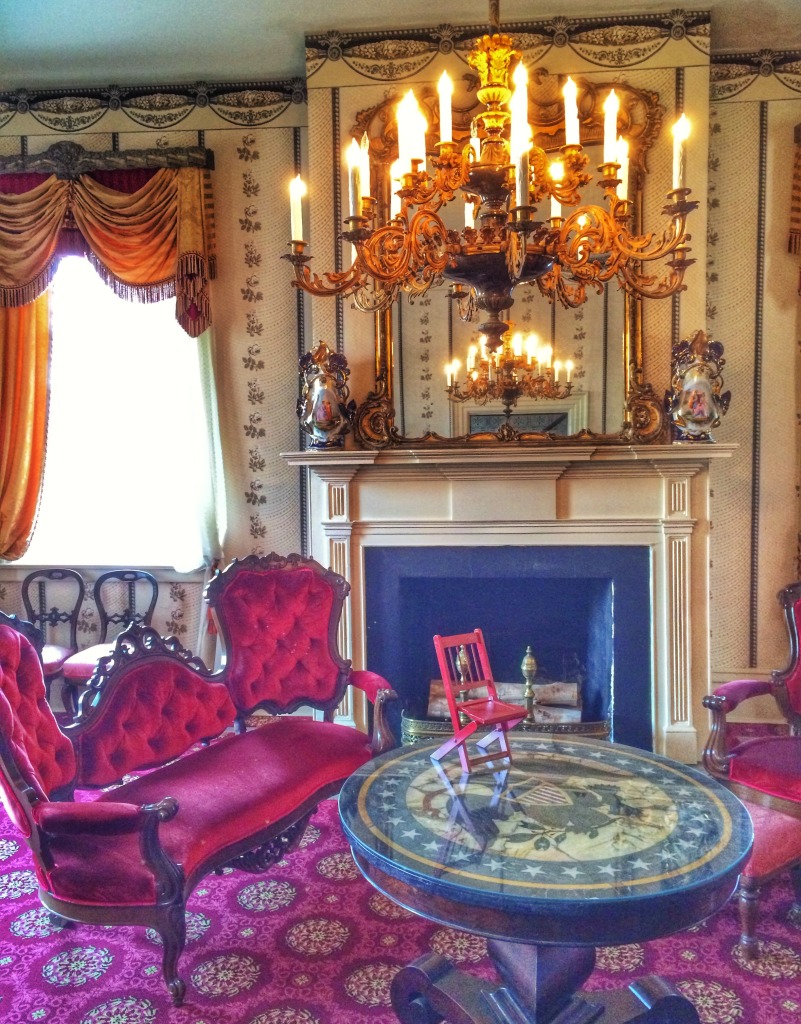 The two portraits show Polk at the start of his presidency and four years later. 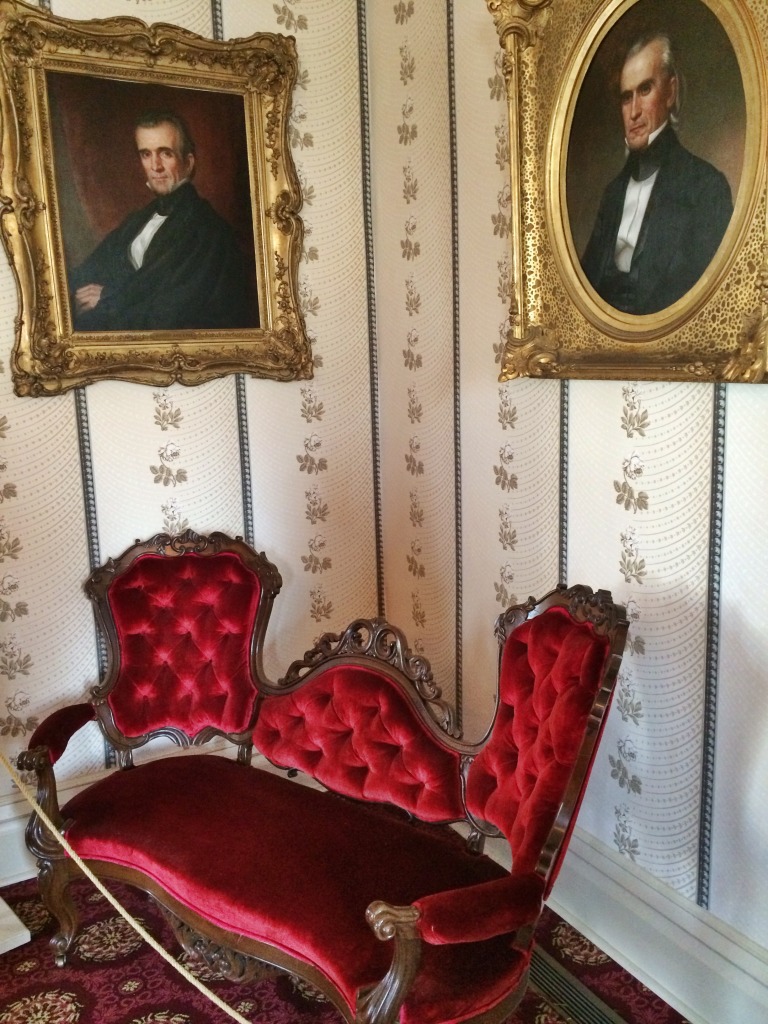 The dining room. The tableware was designed by Sarah for use in the White House. Each setting had a different Tennessee wildflower on it. 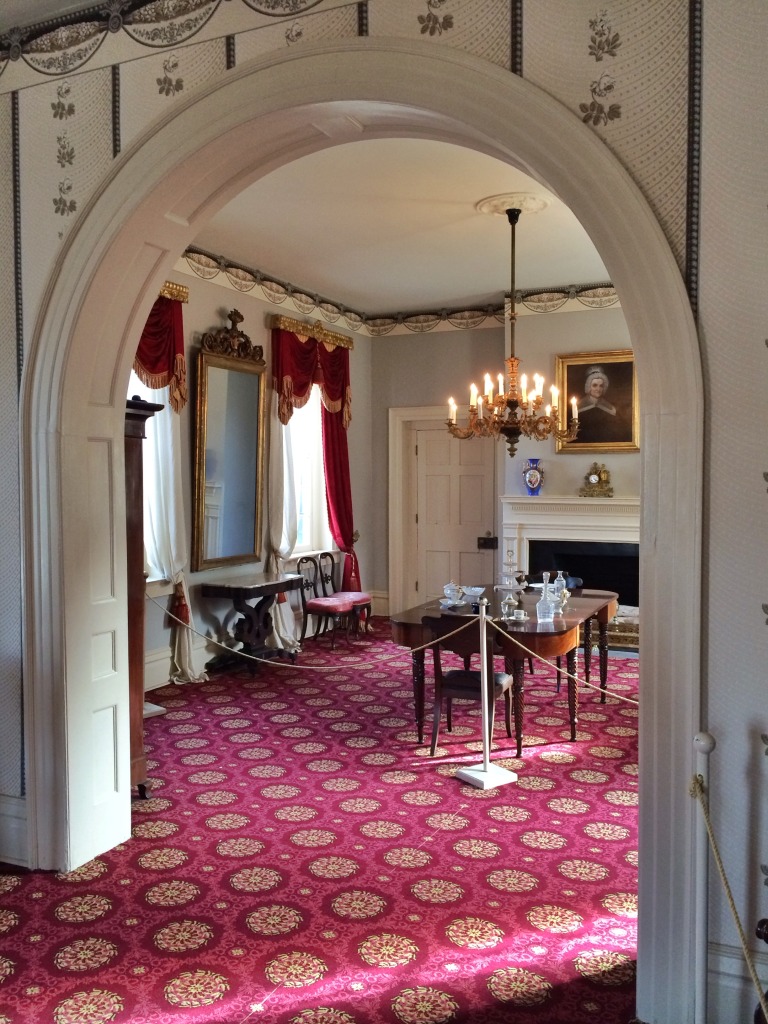 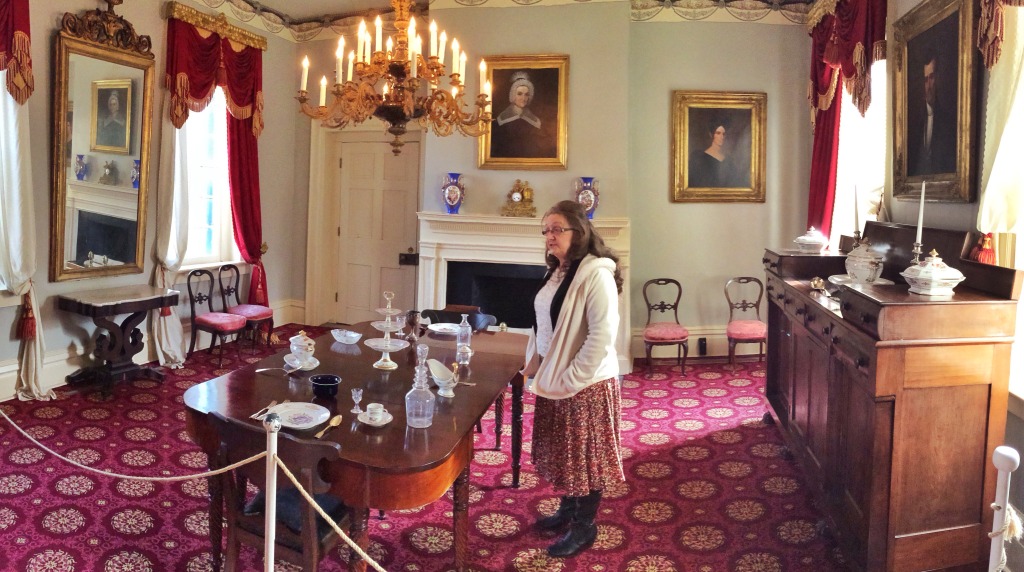 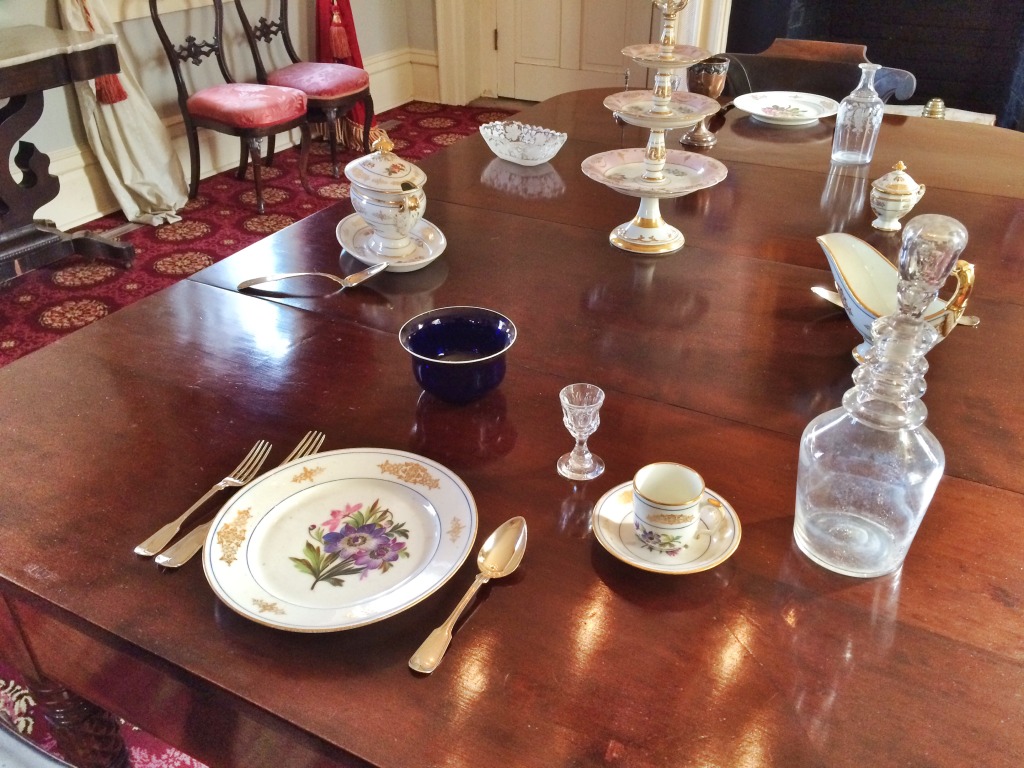 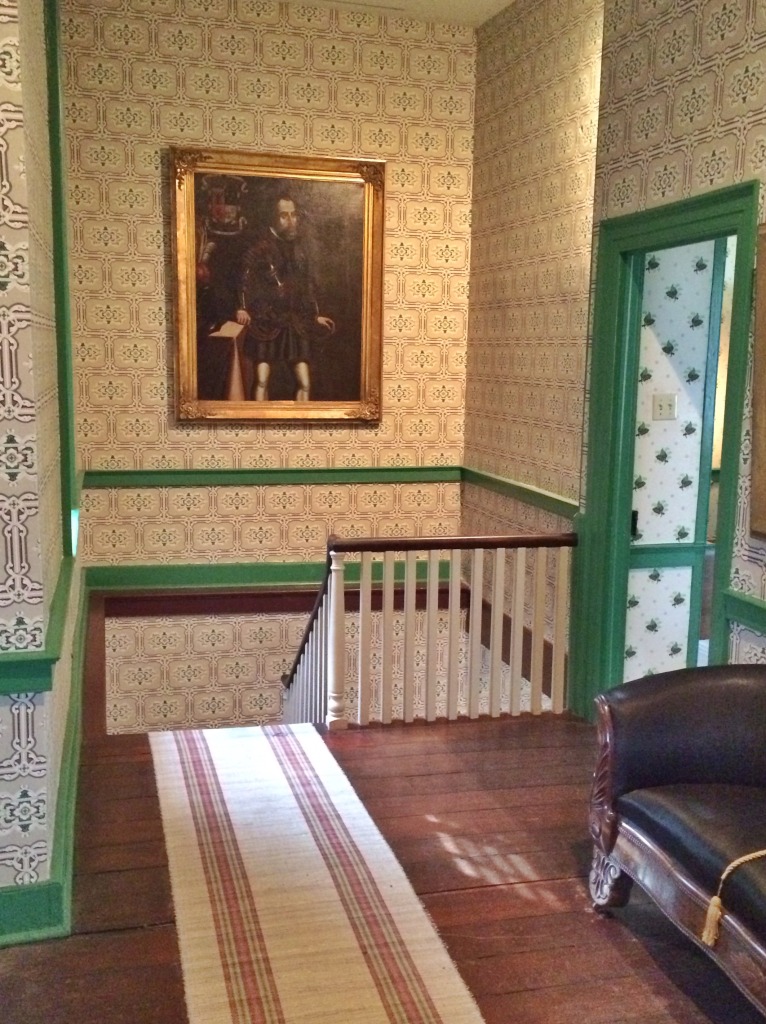 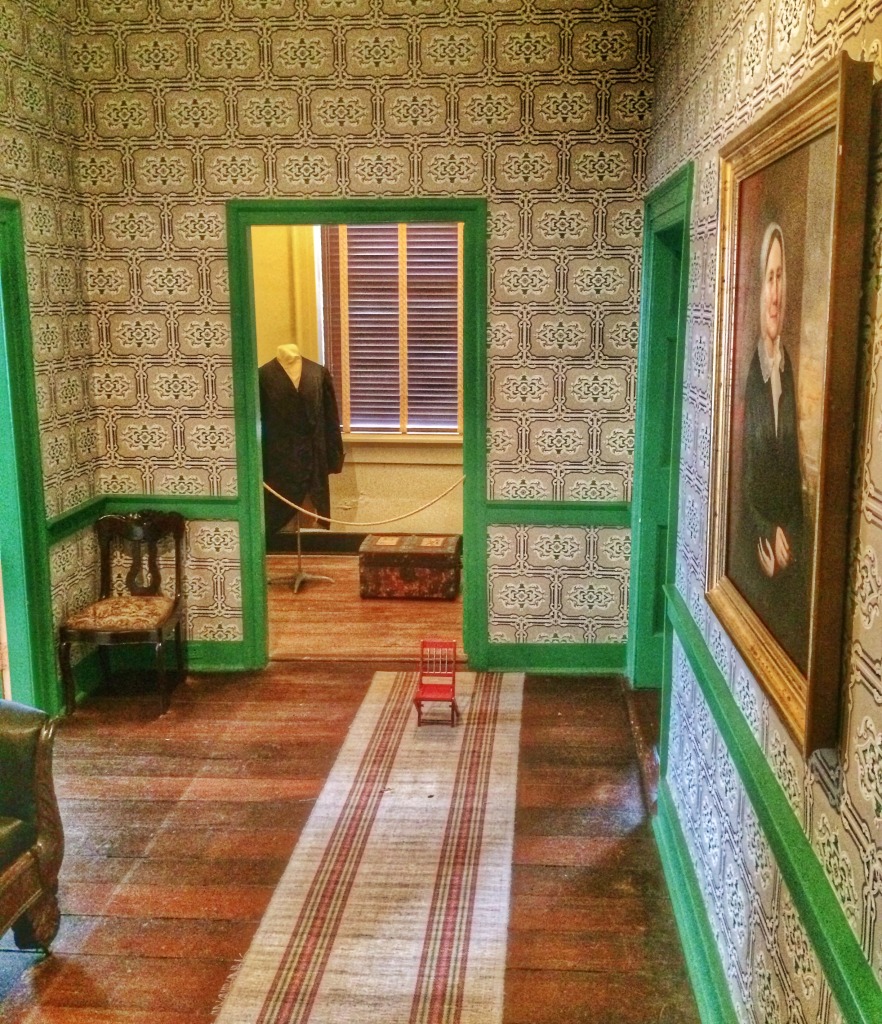 Polk’s lounging jacket. It’s the only item of his clothing still in existence — the rest was destroyed because he died of cholera. 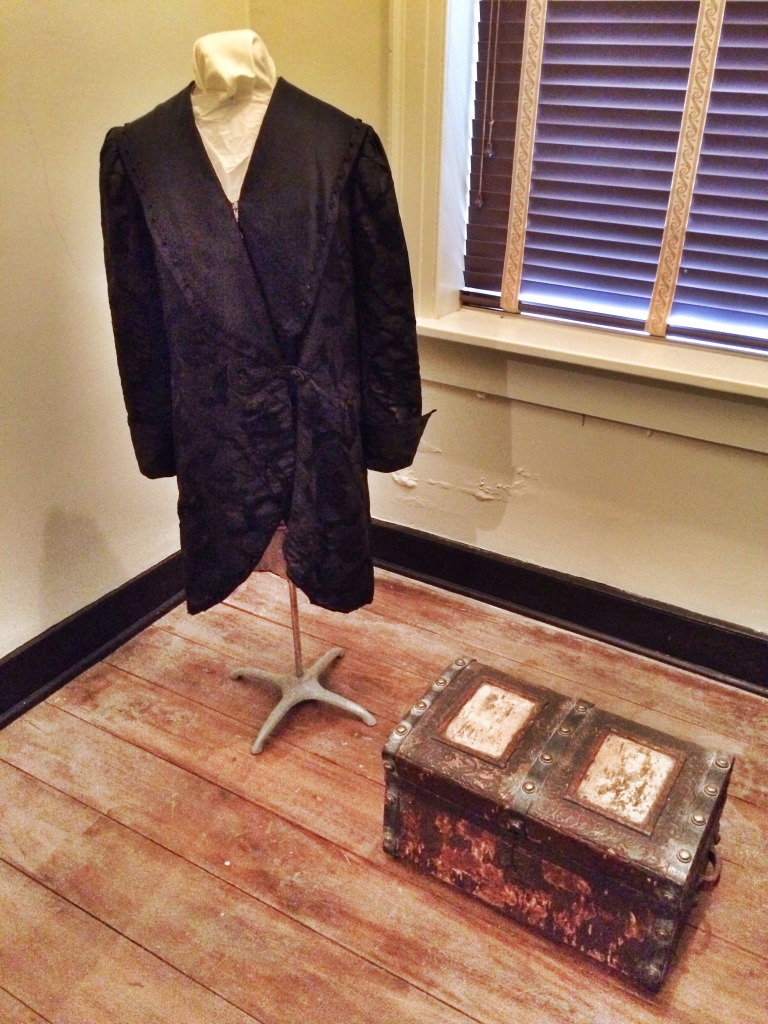 The bedroom Polk shared with his three brothers. It contains furniture from Polk’s law office and the daybed he used in his study in the White House. 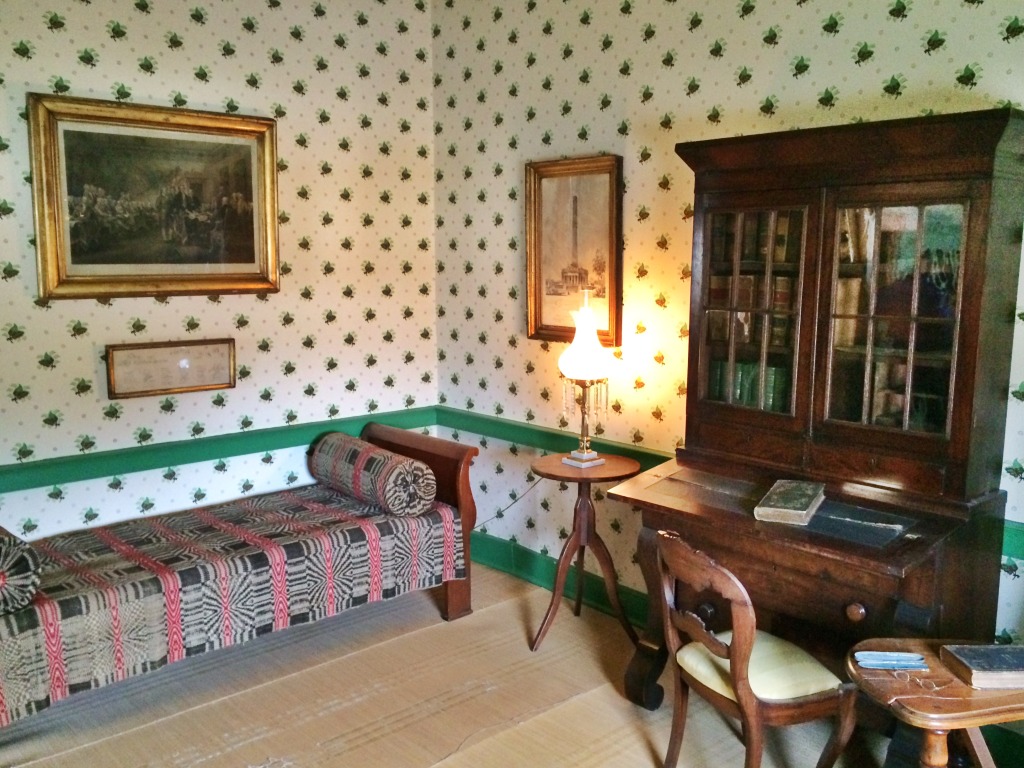 Our guide told us that Polk was a workaholic and used to spend the night in his office on this bed. 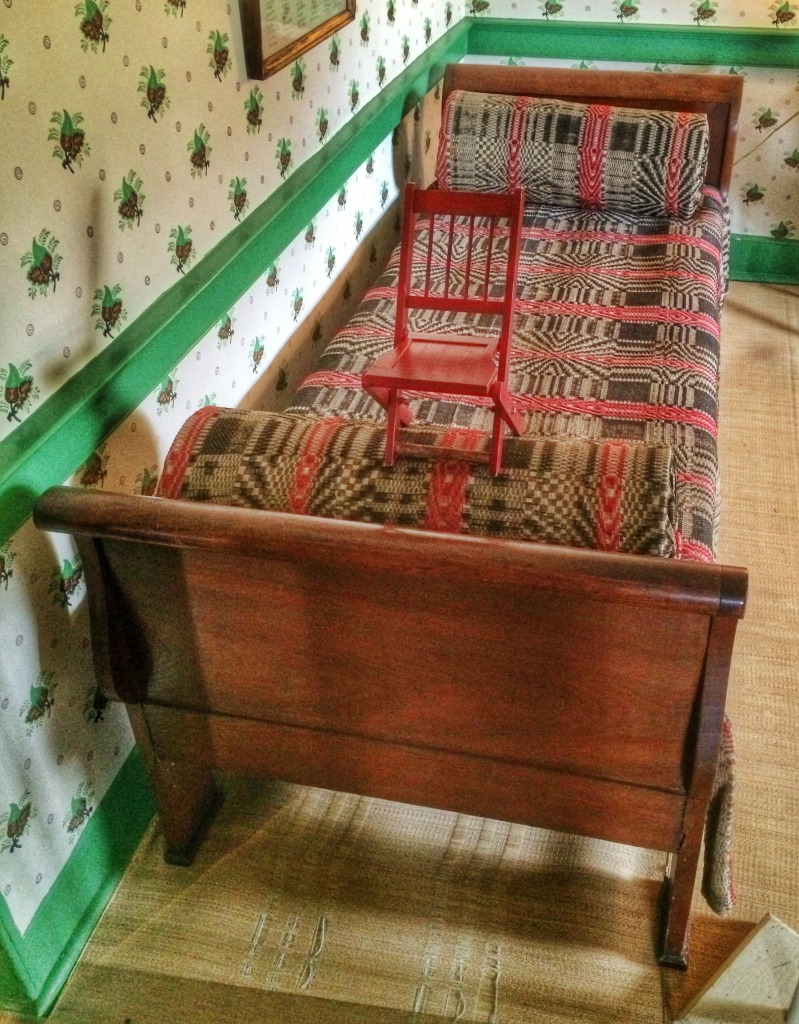 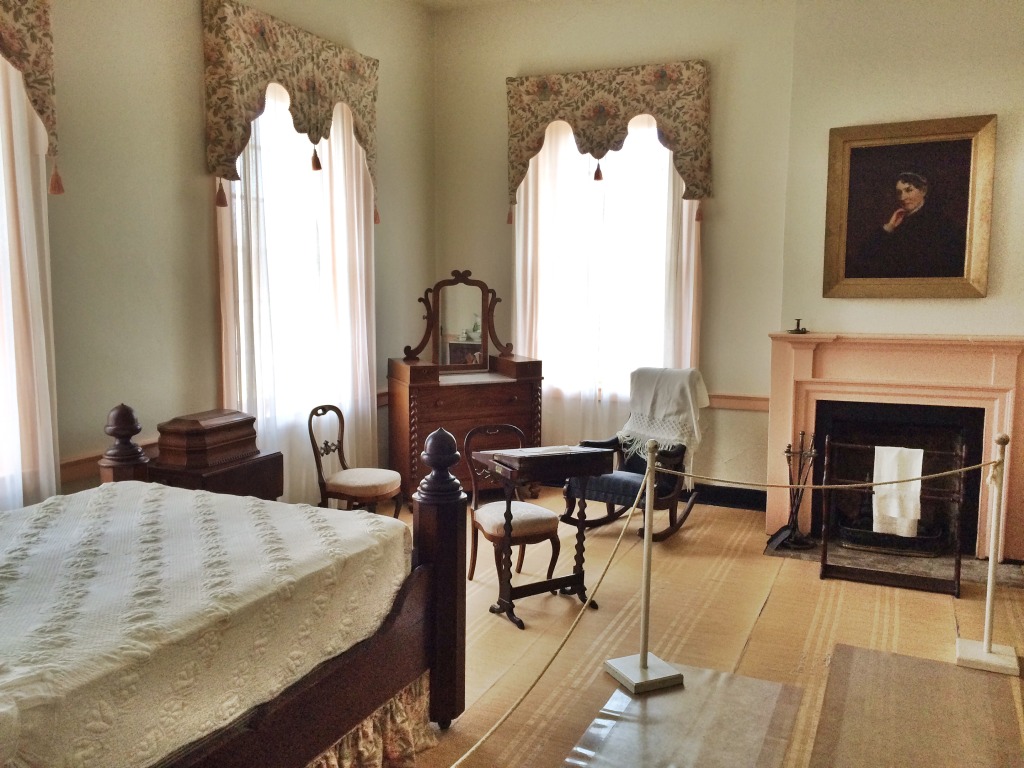 The bedroom used by Polk’s parents. Note that the fireplace isn’t centered. 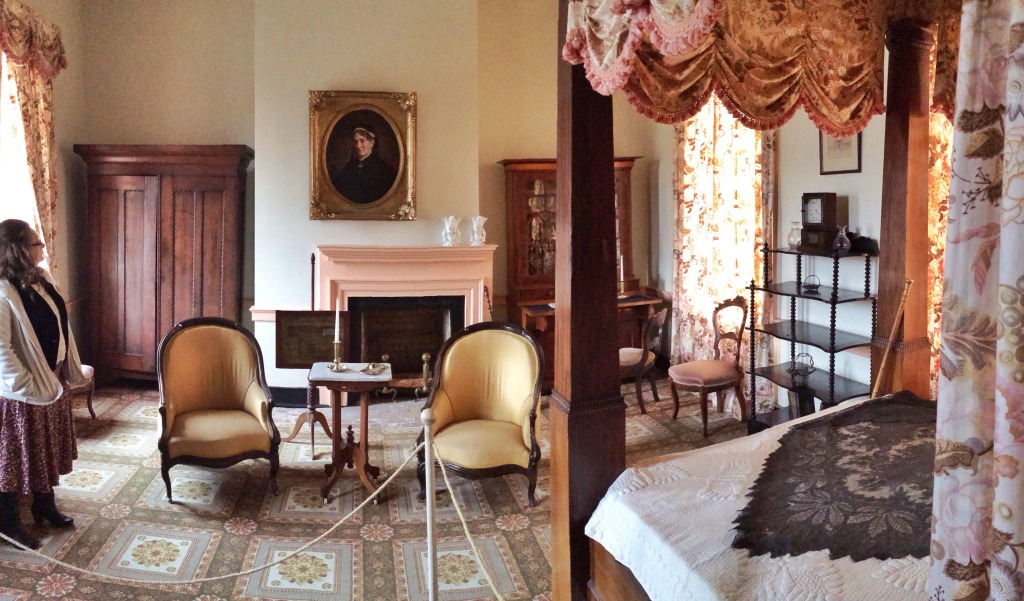 The two-room kitchen was in a separate building behind the house. 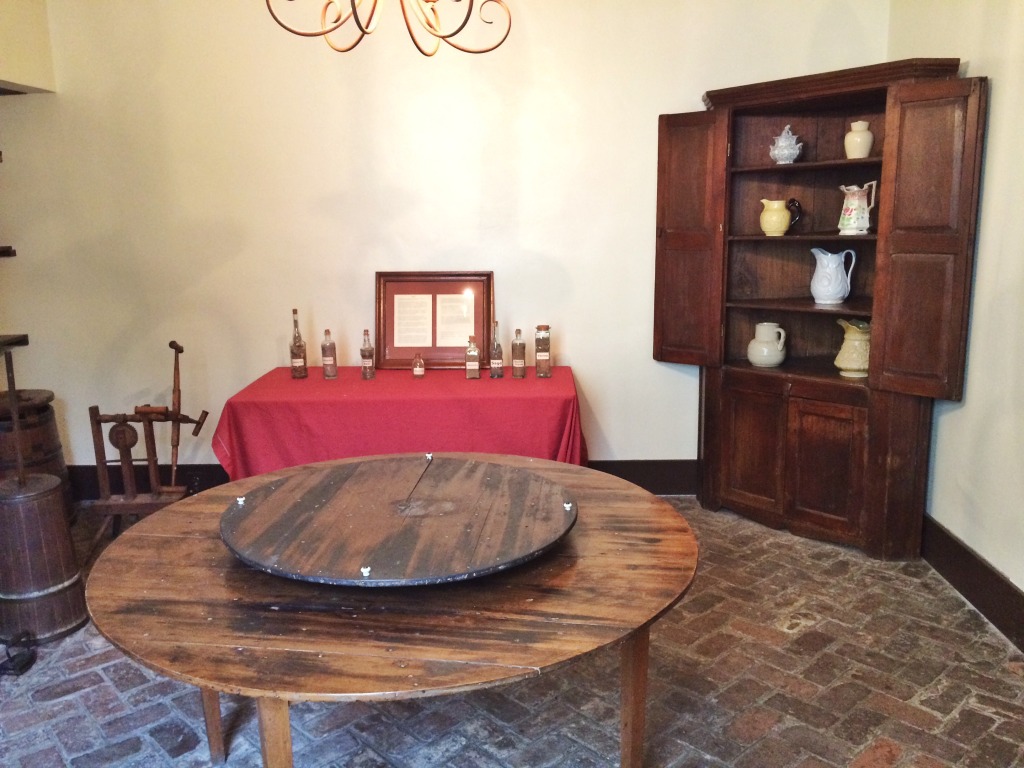 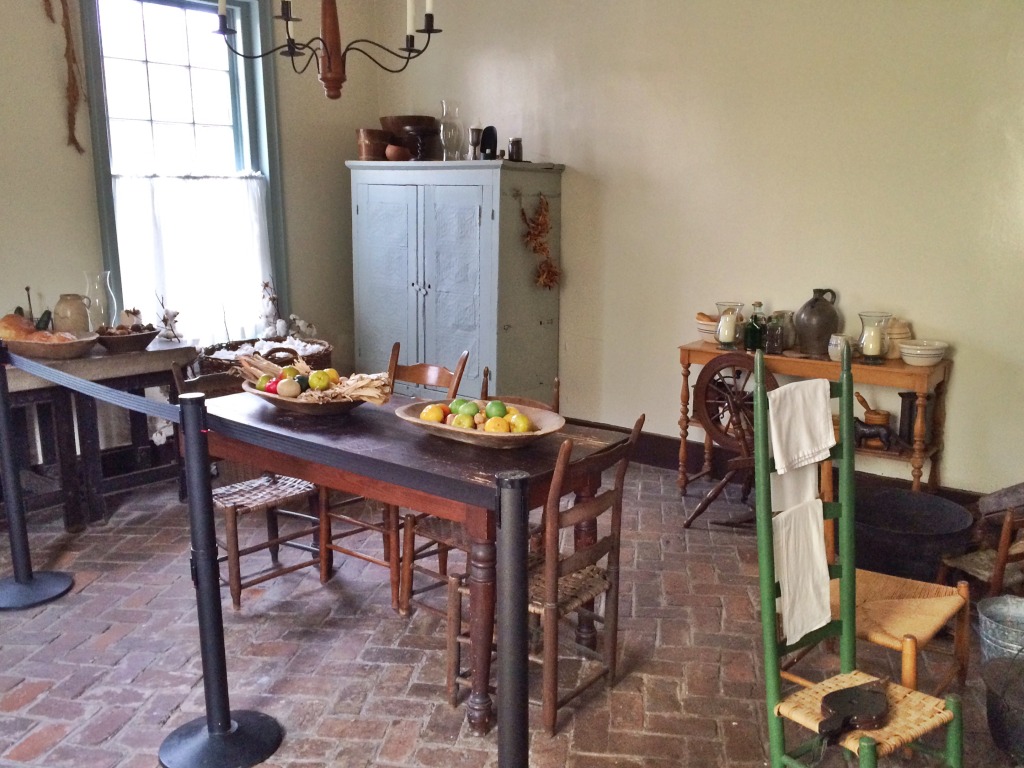 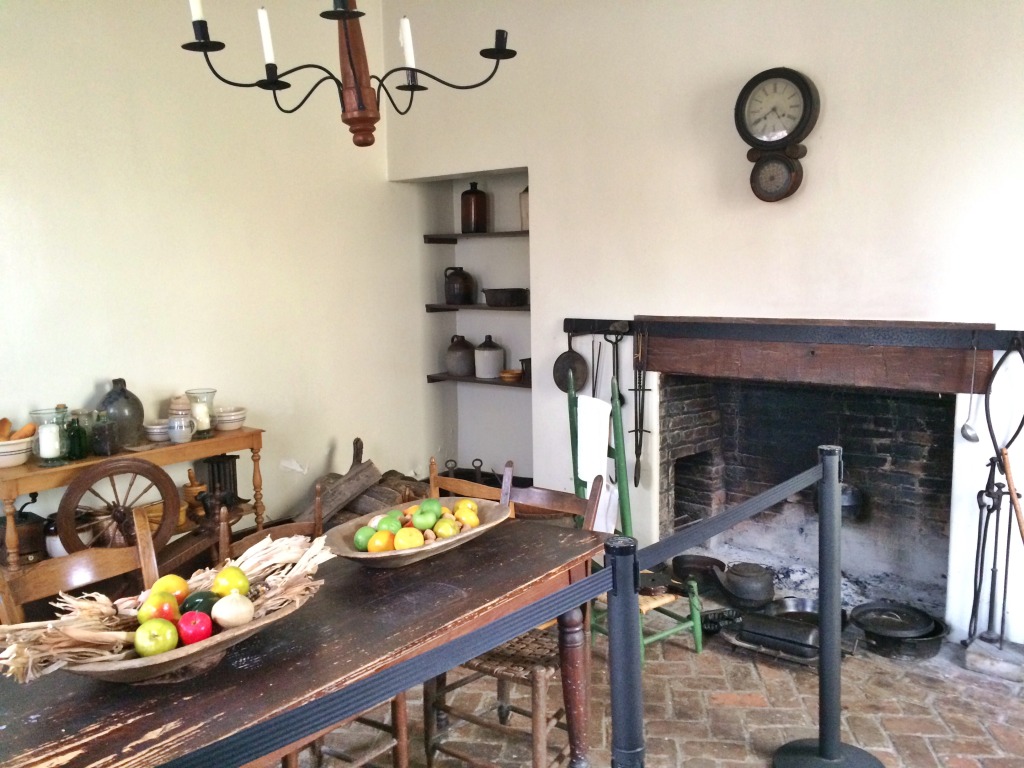 The back of the house as seen from the kitchen. 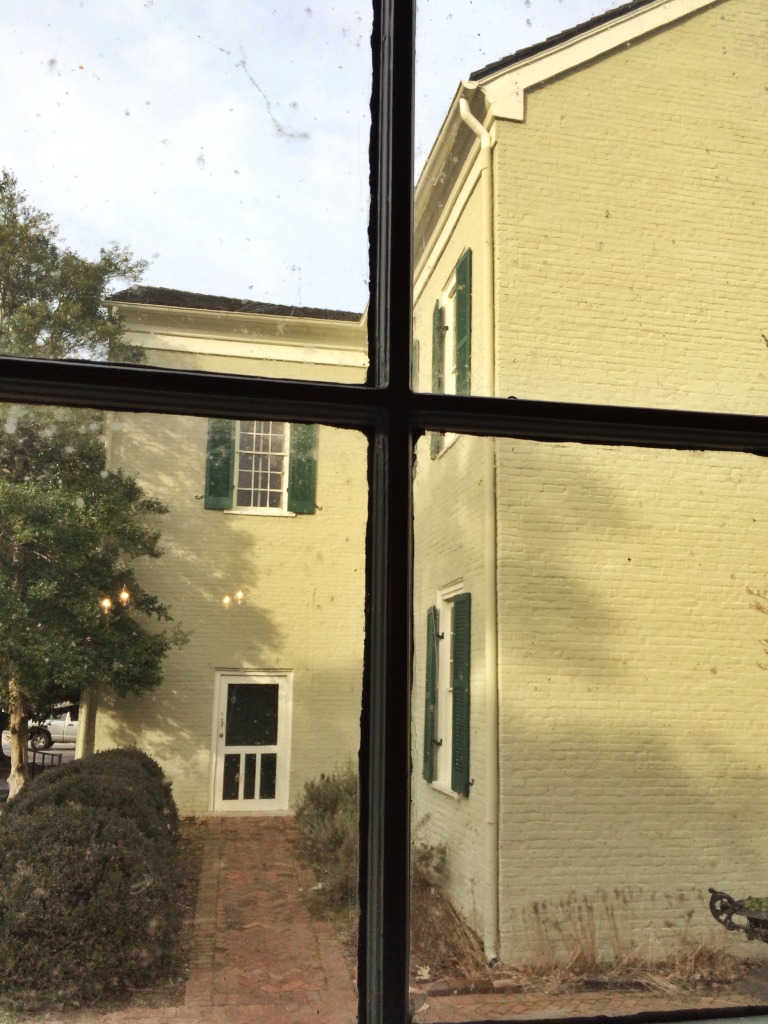