polioptila (from polios, gray, and ptilon, feather) californica (of California)

This was one of my target birds for the trip. It’s an endangered species and can only be found in certain types of scrubby, dry, coastal habitats in Southern California — right where the ridiculous sprawl of Los Angeles consumes the landscape. It was my primary reason for going to the North Etiwanda Preserve on Wednesday morning, and when I struck out there, I figured I’d missed it.

It was approaching eleven o’clock. The beach down below was getting crowded with people. I had a long drive back to Ontario and a plane to catch. The path I was on paralleled the highway and curved downhill toward the parking lot. My birding adventure was almost over. 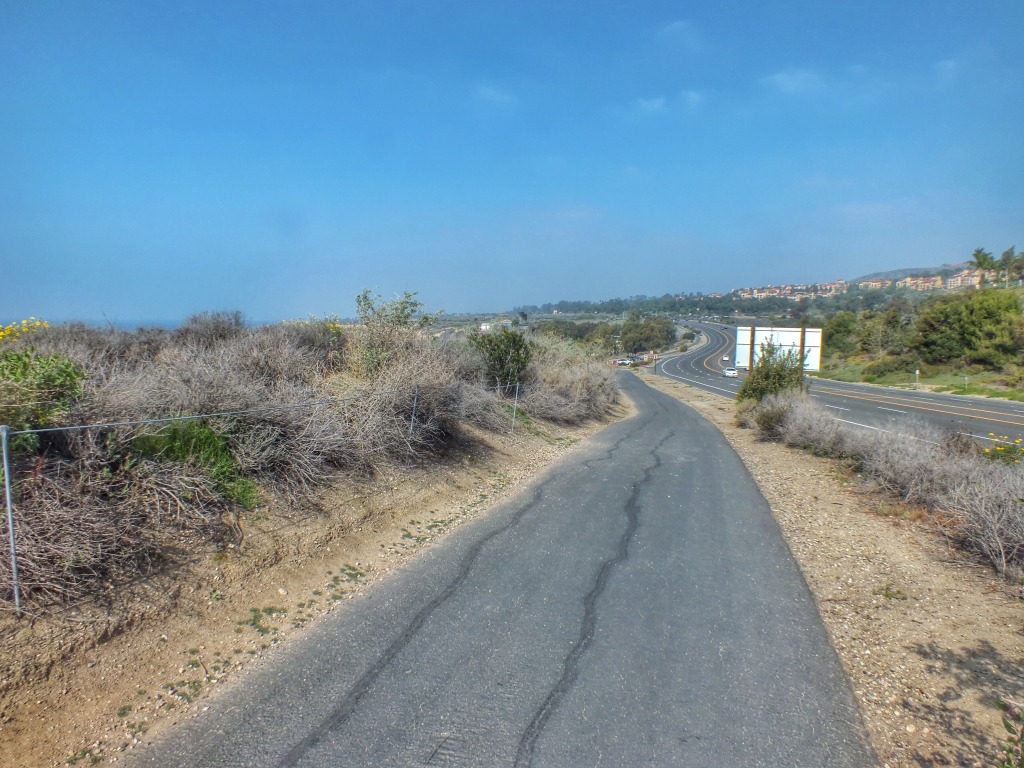 Then I spotted a couple White-crowned sparrows in a bush on the edge of the bluff. As I was looking at them through my binoculars, I saw a smaller bird fly into the bush. It was a gnatcatcher, and it had a definite black crown. It could only be a California Gnatcatcher, but it wasn’t acting at all like a rare, endangered species. 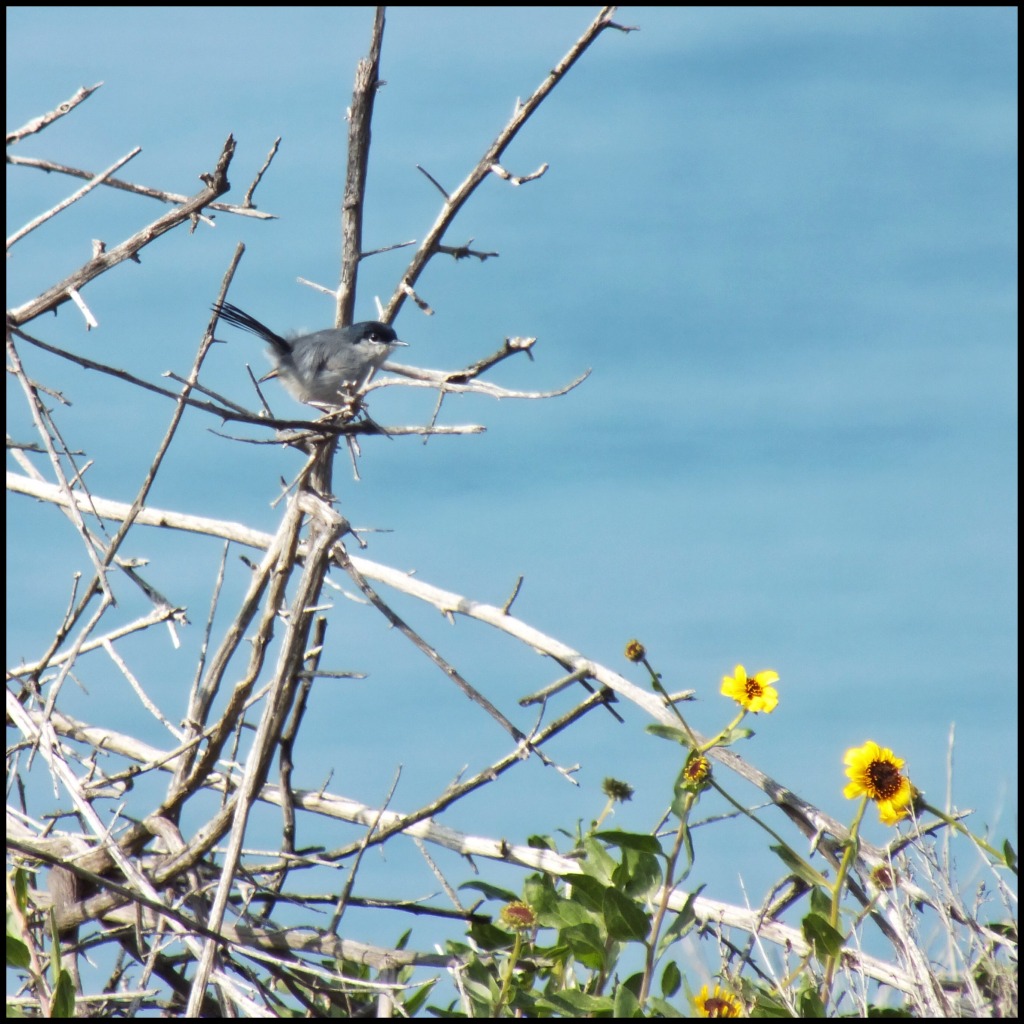 It’s the only gnatcatcher with a black cap found along the coast. But the defining characteristic is the underside of the tail — black with white tips to the feathers. I saw this clearly without question through my binoculars, but never got a better photo of it than what can be seen in this next shot. You can get a hint of the pattern if you enlarge the photo. 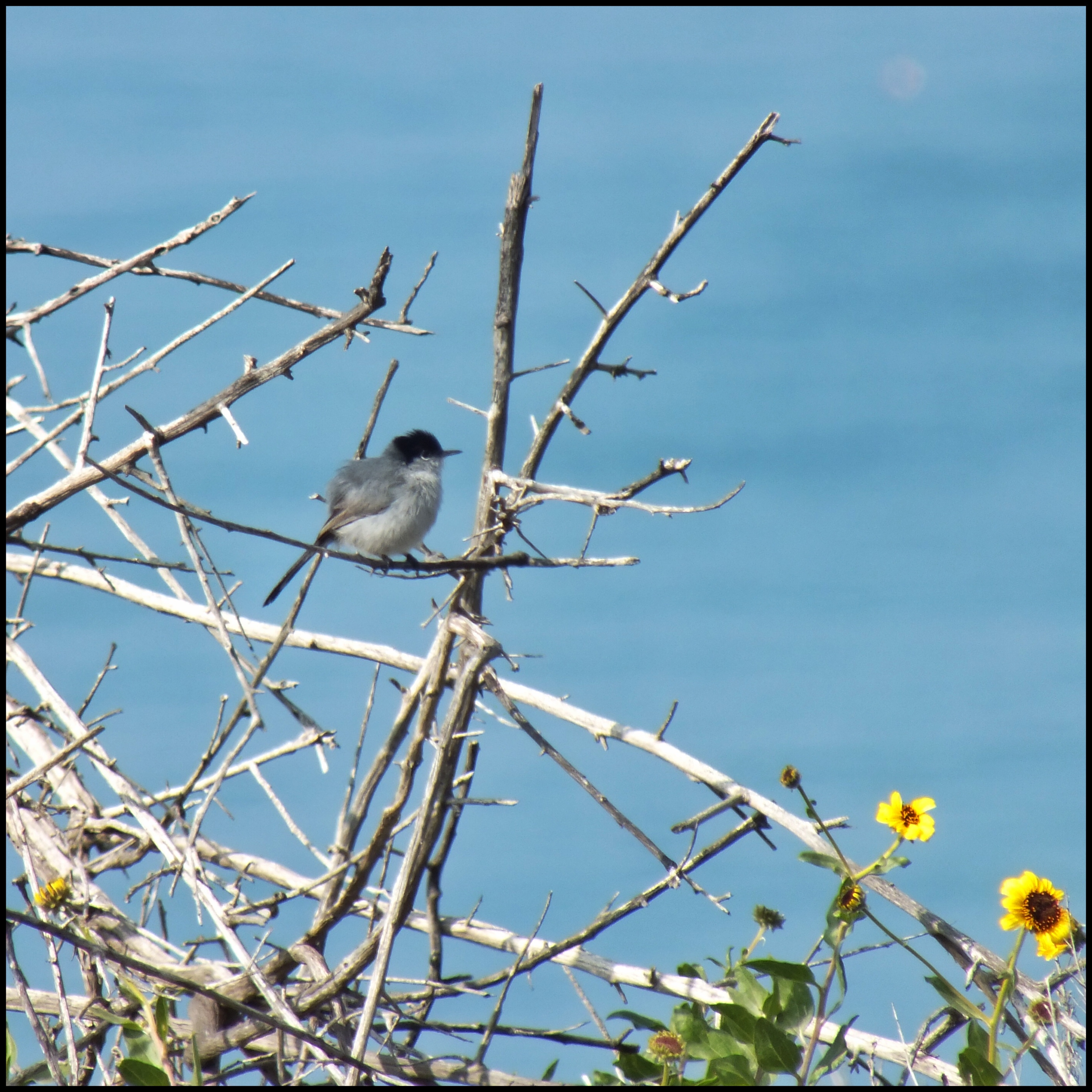 It flew off into the brush out of sight, but I could hear its cat-like calls from time to time. I continued down the path. About three minutes later, I spotted it and a female chasing each other through the bushes. They flew across the path into the narrow strip between the path and the road. For a minute, I thought they were building a nest there, but I think they were just collecting stuff for a nest elsewhere. The male popped up on a branch a few feet away and stayed just long enough for me to get one photo. 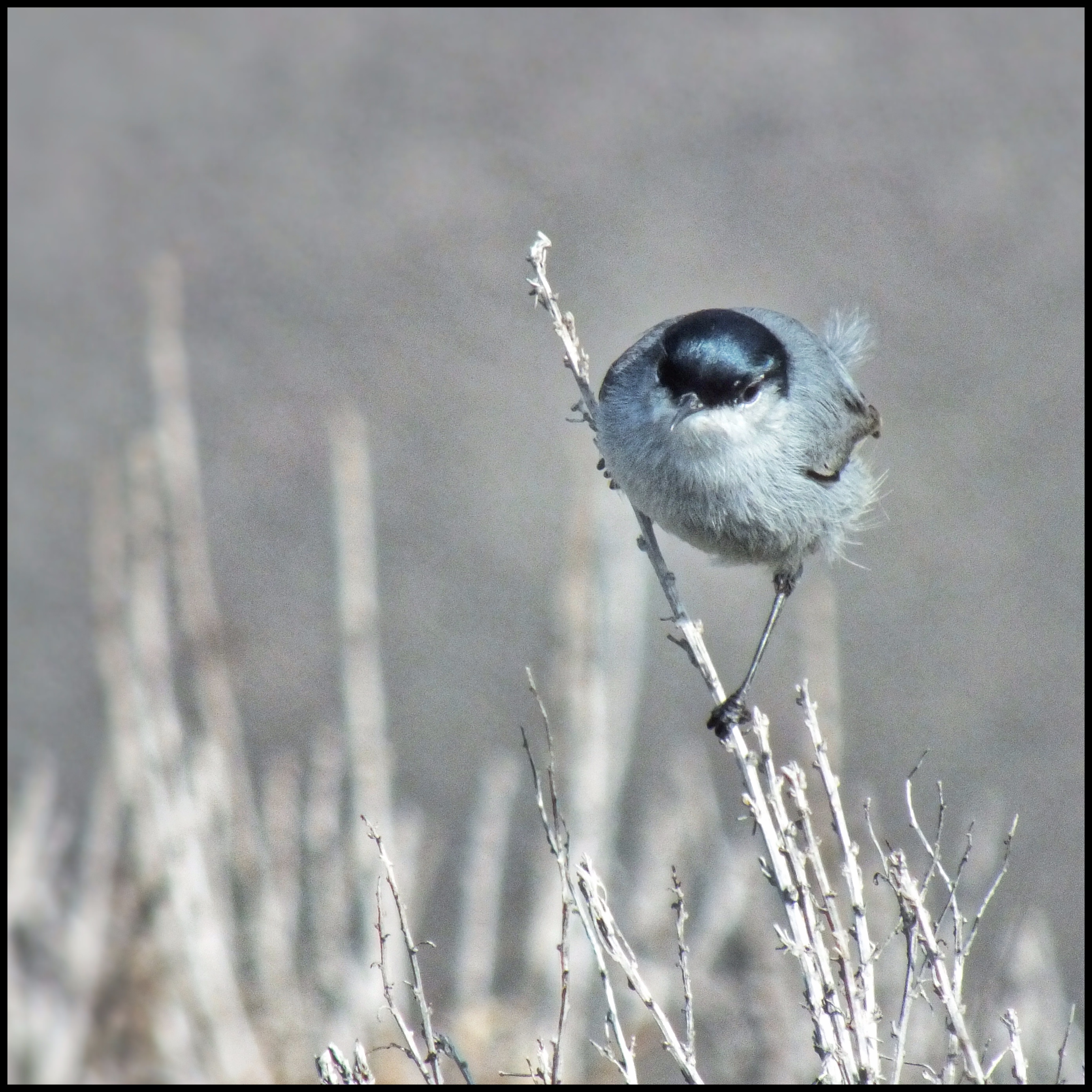 The gnatcatchers were soon off again, chasing through the bushes on the ocean side. I soon lost sight of them, although I heard the call a couple more times.

Kinda funny how birding works sometimes. Spend a morning out in the wild looking for a bird where it is supposed to be, only to find it the next morning along a busy highway where it isn’t expected.