As the summer weather heats up and birding in the middle of the day becomes less inviting, I look for other things to explore. Like this museum. I wasn’t expecting much because, well … Pueblo. The museum consists of two hangers full of planes and displays and perhaps another 8 or 10 planes parked outside.

I’m not into the technical stuff—who designed and built the airplanes, how big the motor is, how many were produced. What I like to know is where and when this particular airplane—this exact one—was used. What is its tie to history? This museum was sadly lacking in that sort of information. I was never even sure when I was looking at an actual historic plane and when I was looked at a reproduction or a museum display cobbled together with spare parts. This was true even of the showpiece of the museum, a WWII-era B-29 bomber “Peachy.” There was certainly nothing in any of the displays about its service. I think—but I’m not sure—that it was made up of parts. It was named for a real plane that flew doing the war with crew members from Pueblo. In the crowded hanger, I found it challenging to get a photo of the entire plane. 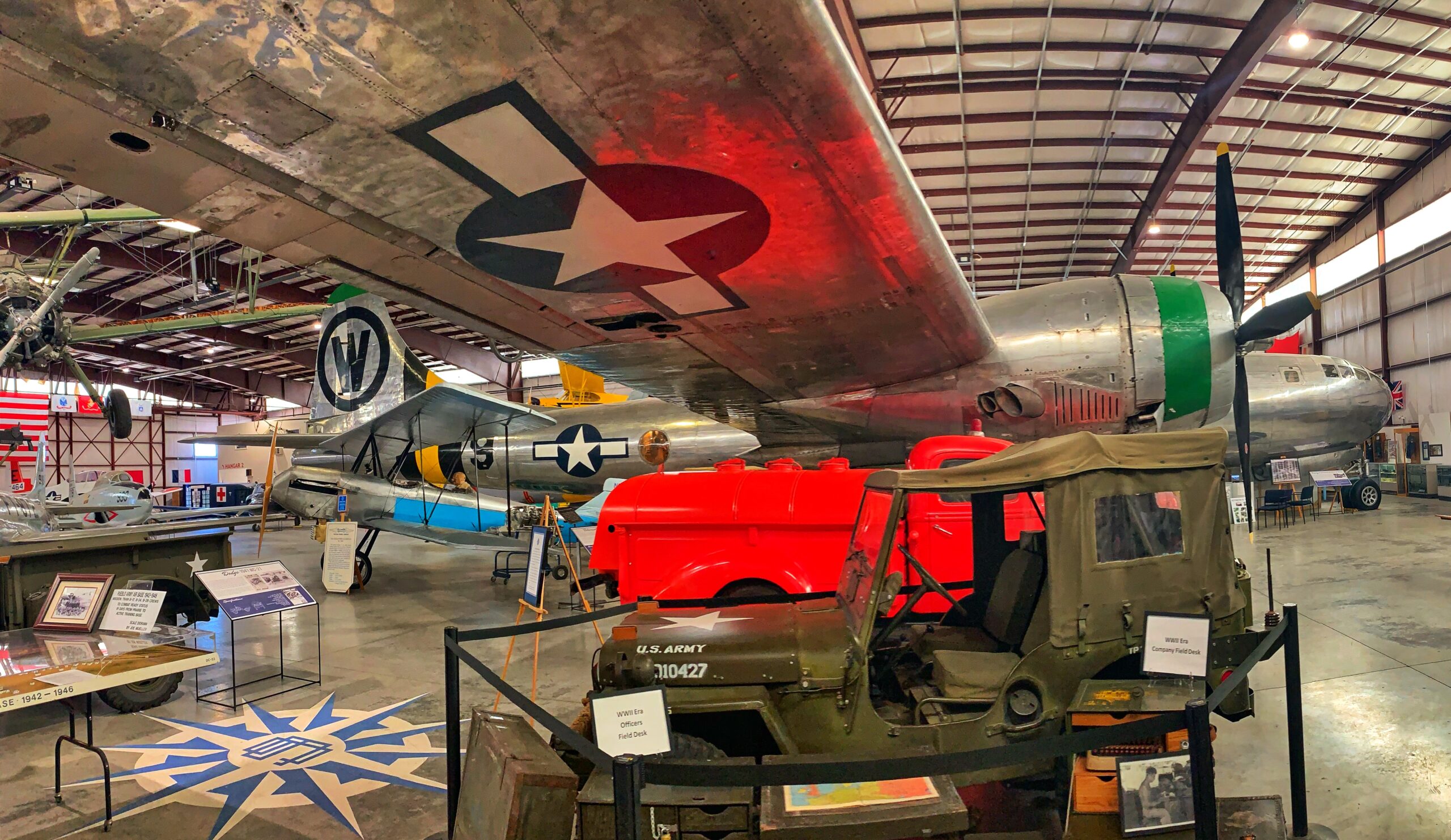 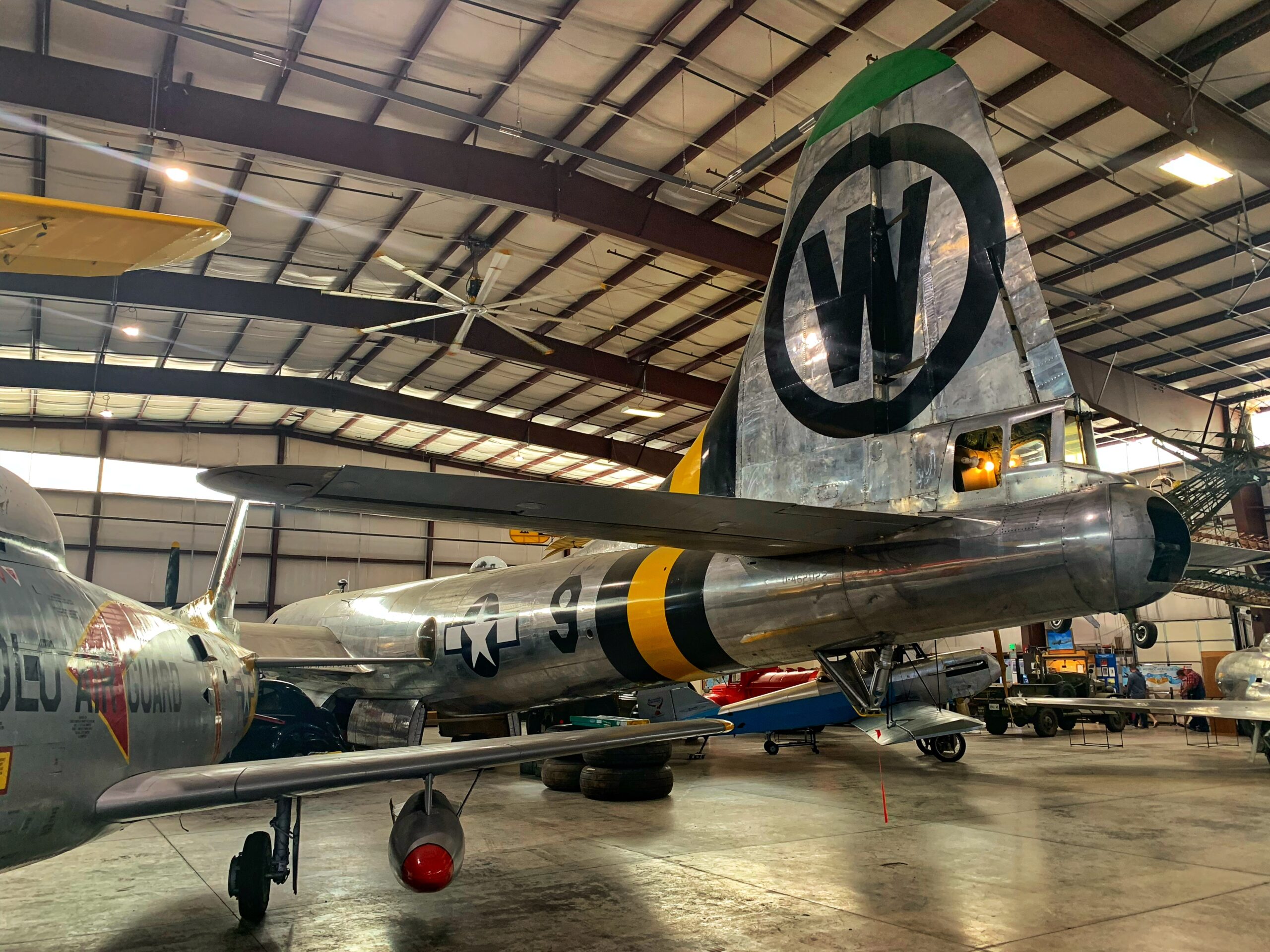 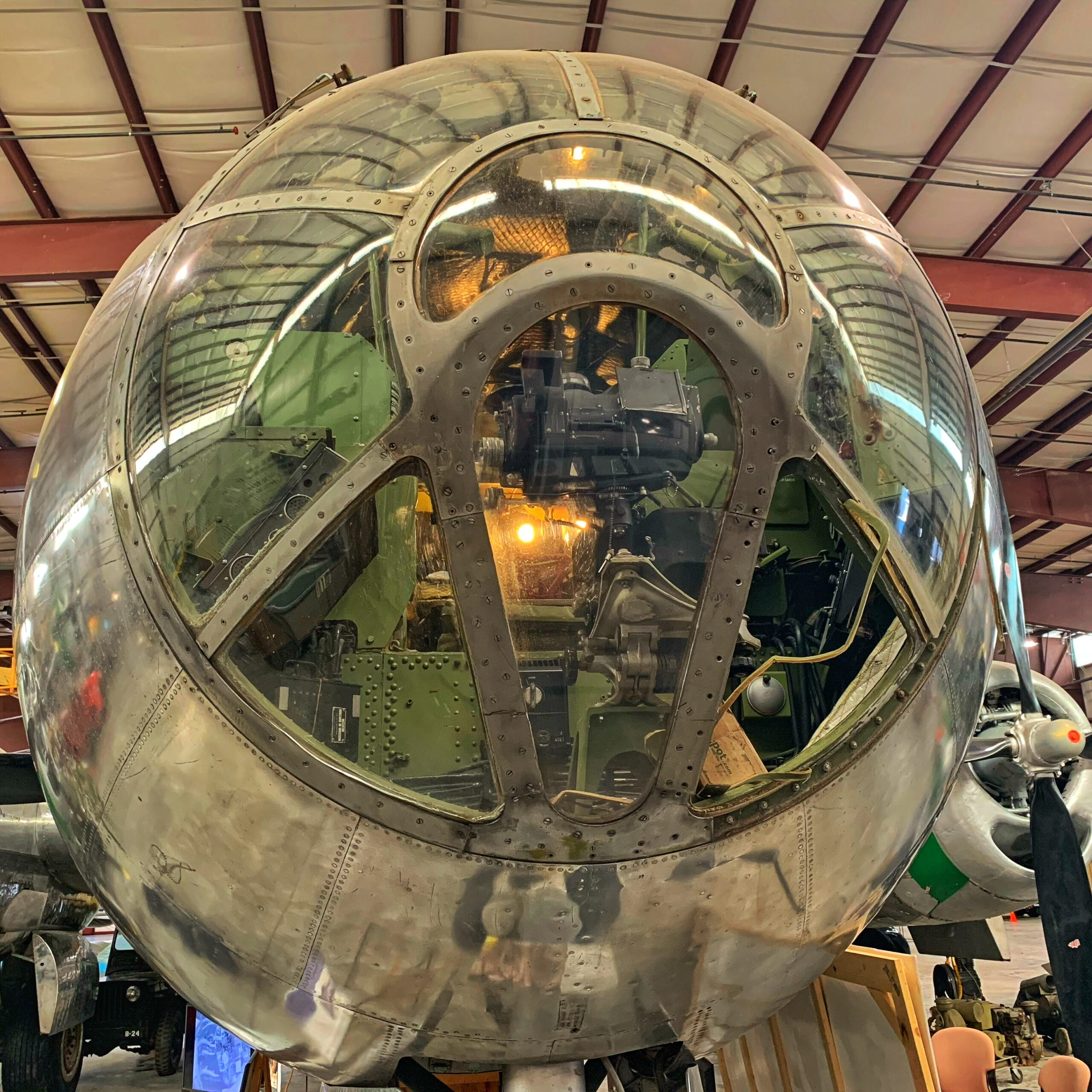 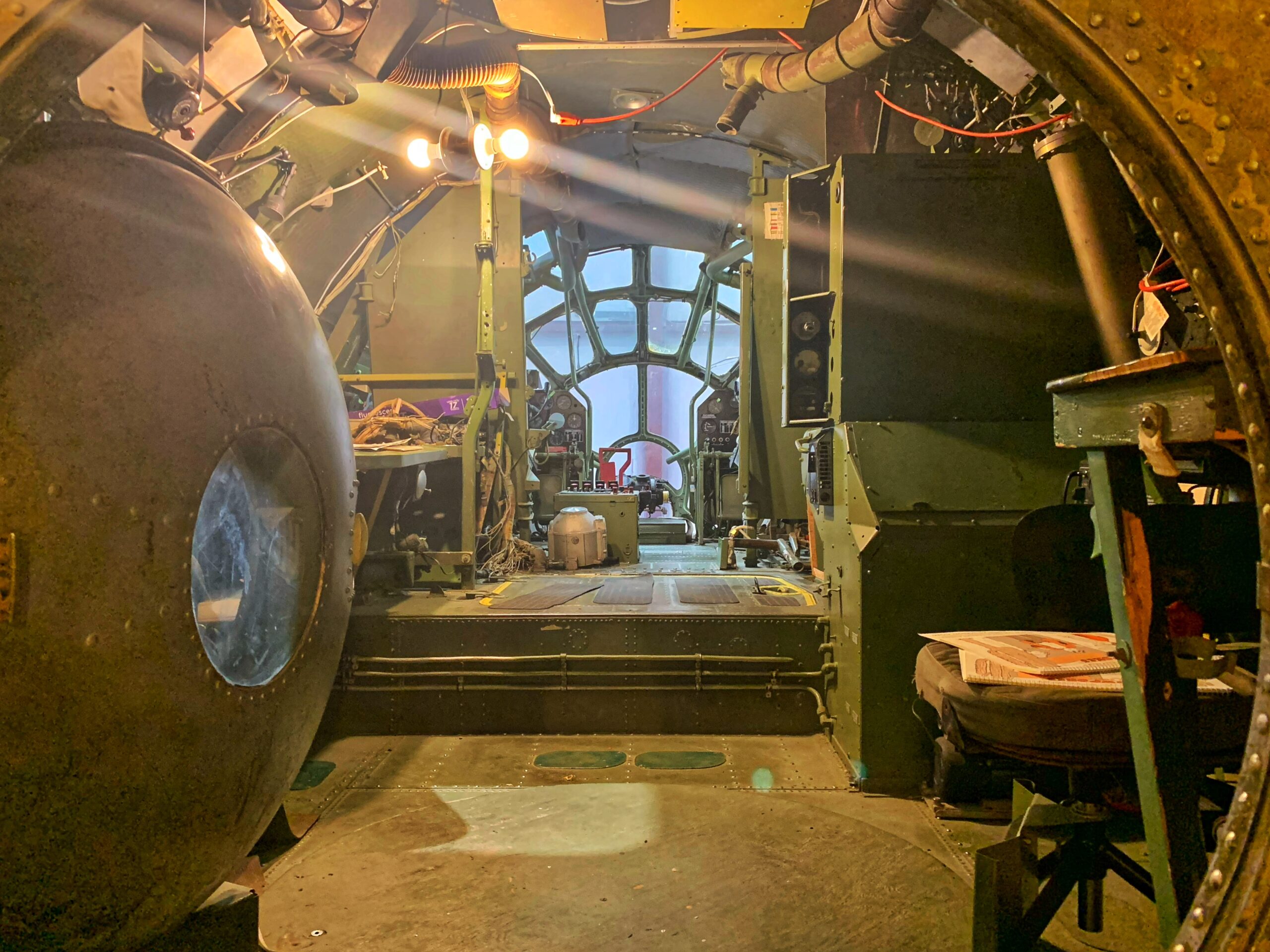 We were told that Peachy was the sister of the guy with the hat who’s shaking hands in the photo. There was even a photo of Peachy herself (looking nothing like the painting on the plane) and the outfit she wore when she posed for the painting. I thought it was a little creepy—that some guy would want his sister painted on his plane looking like this. 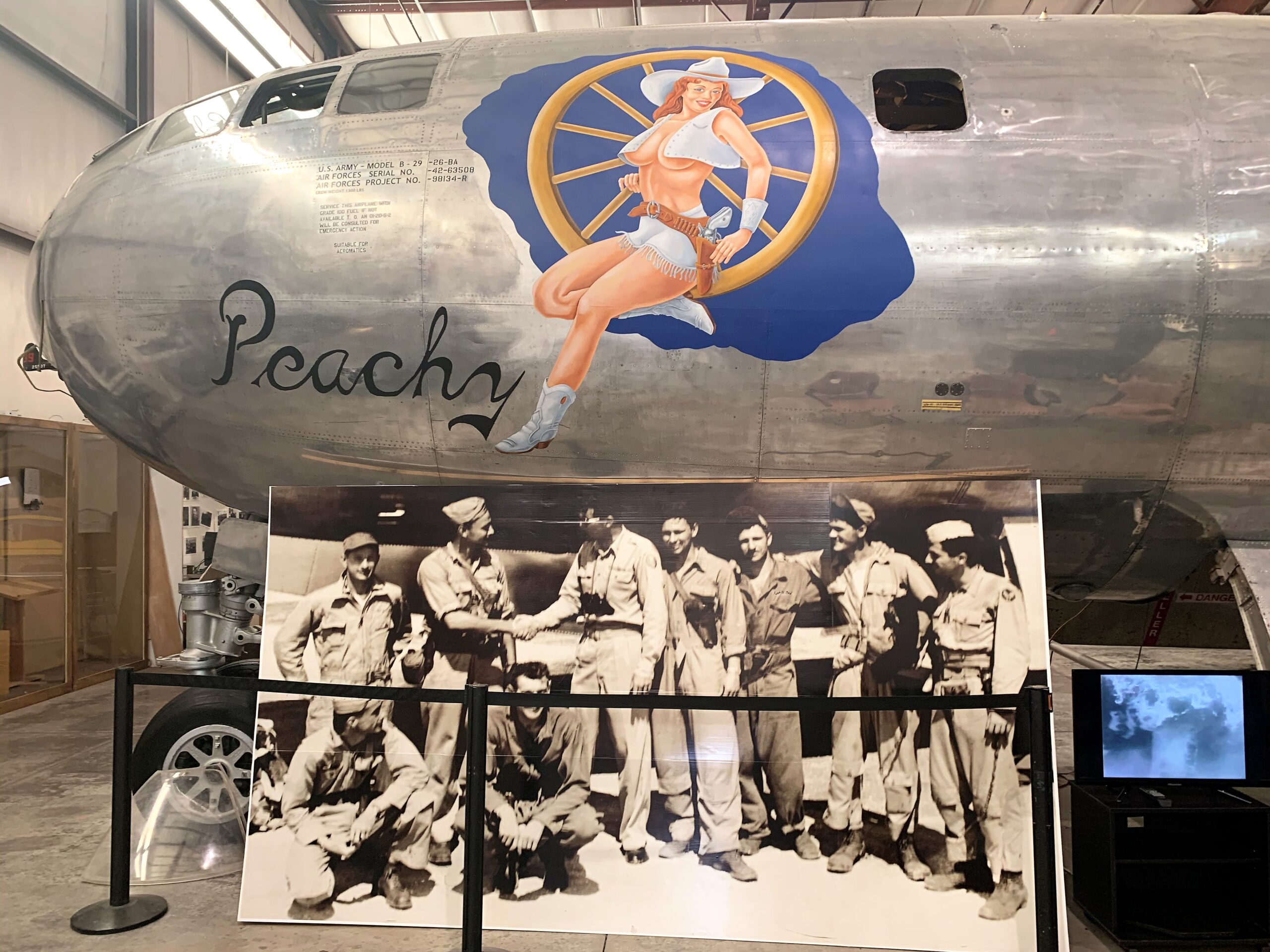 The one exception to the vague history was this helicopter, a Sikorsky SH-34J Seabat. It was used to pick up Alan Shepard, the first American astronaut, on his Mercury Freedom 7 mission in May 1961. Now knowing stuff like that is cool. 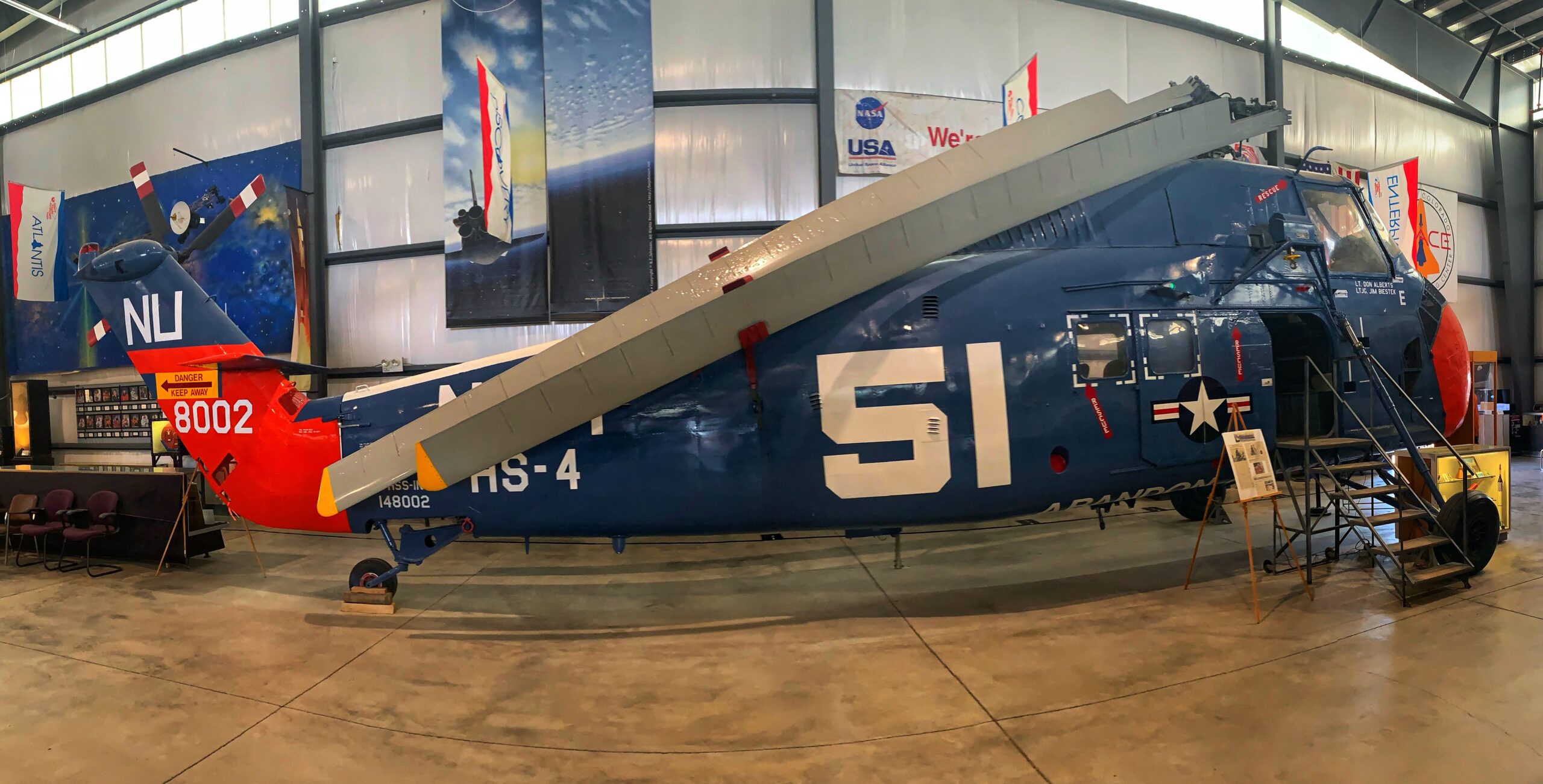 A Russian MIG, captured during the Korean War (maybe). 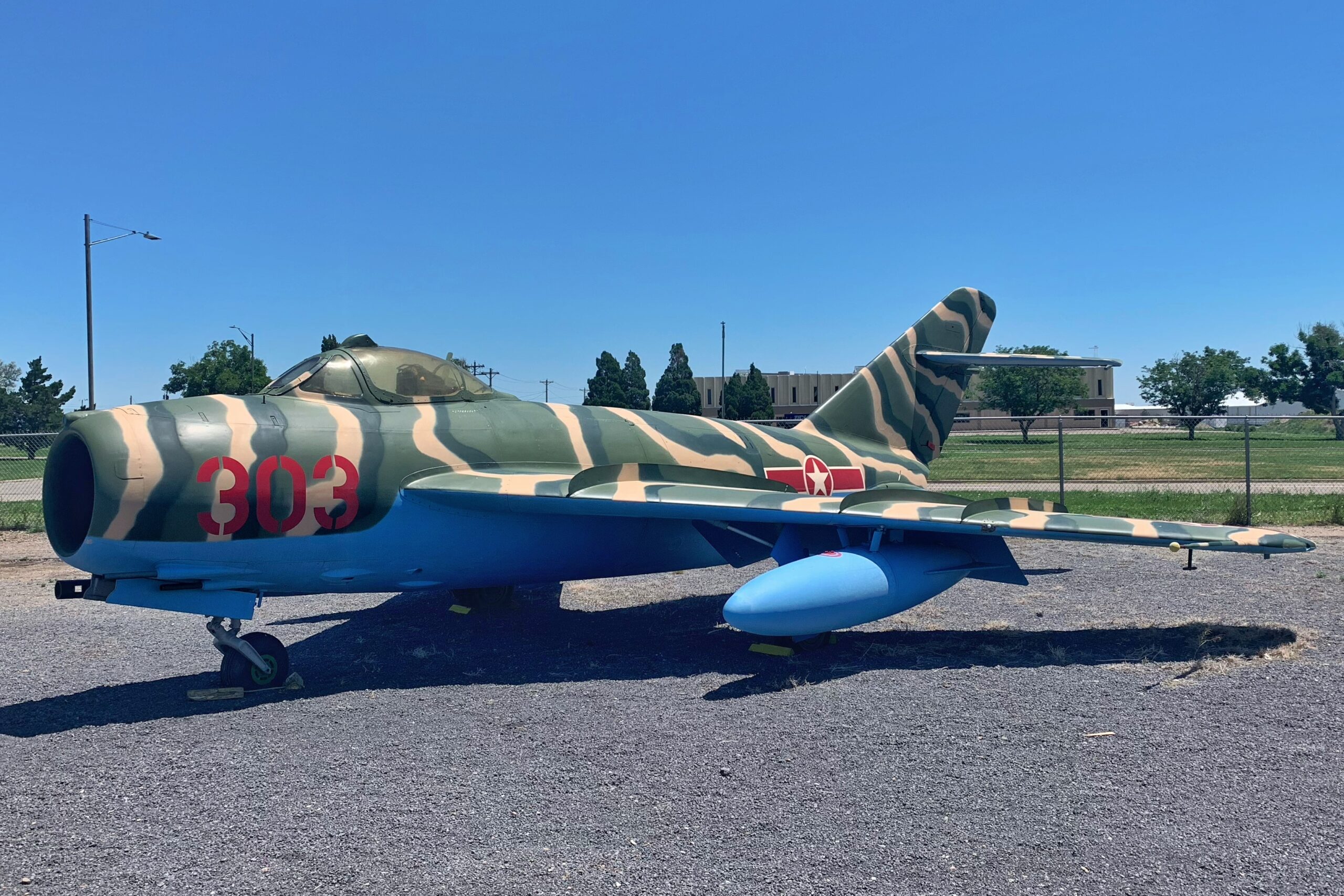 Lockheed SP-2H Neptune used in anti-submarine warfare. The blob hanging down below it is sonar or radar or something. 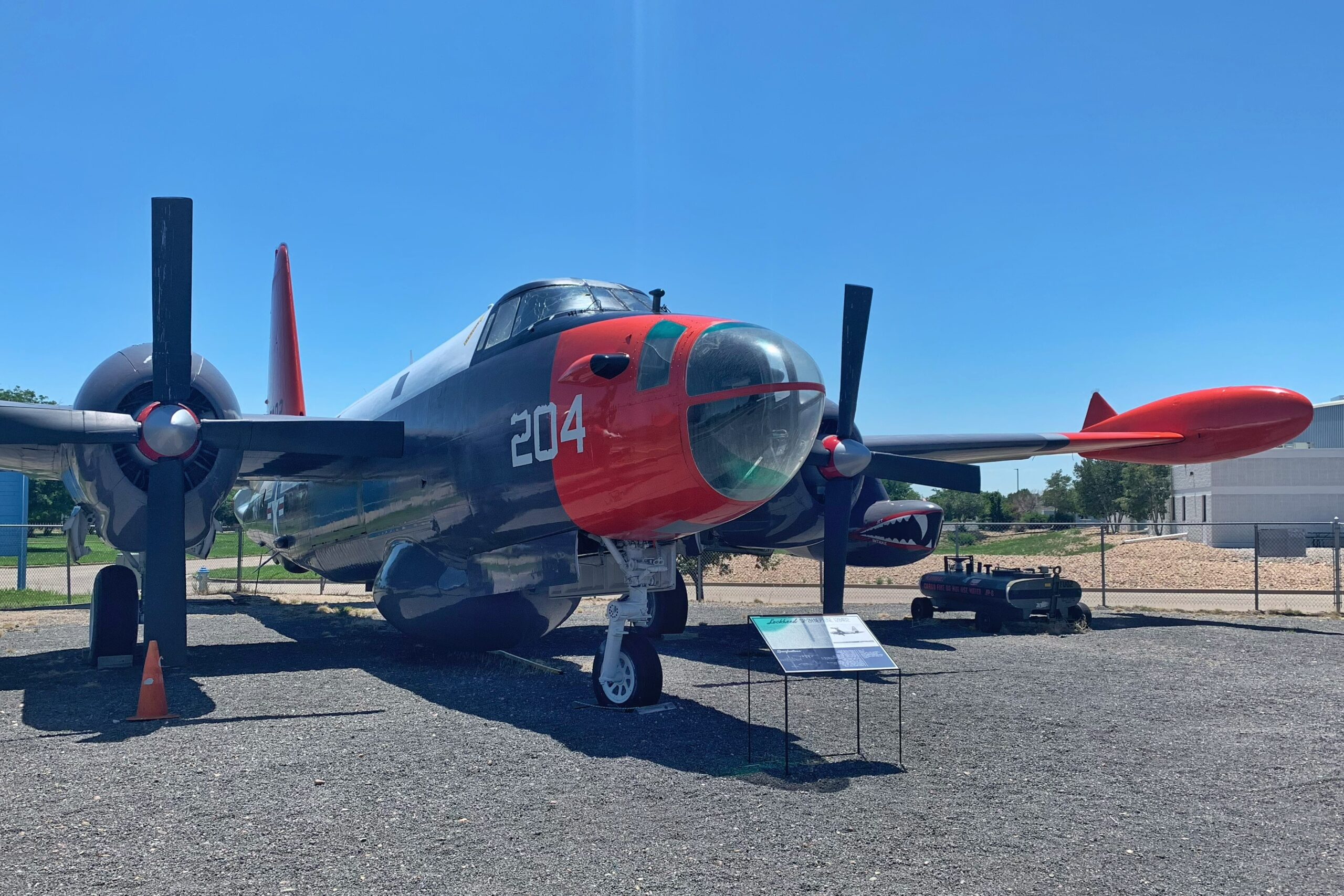 Lockheed F-80C Shooting Star, the first operational U.S. jet. A few were used at the tail-end of WWII. 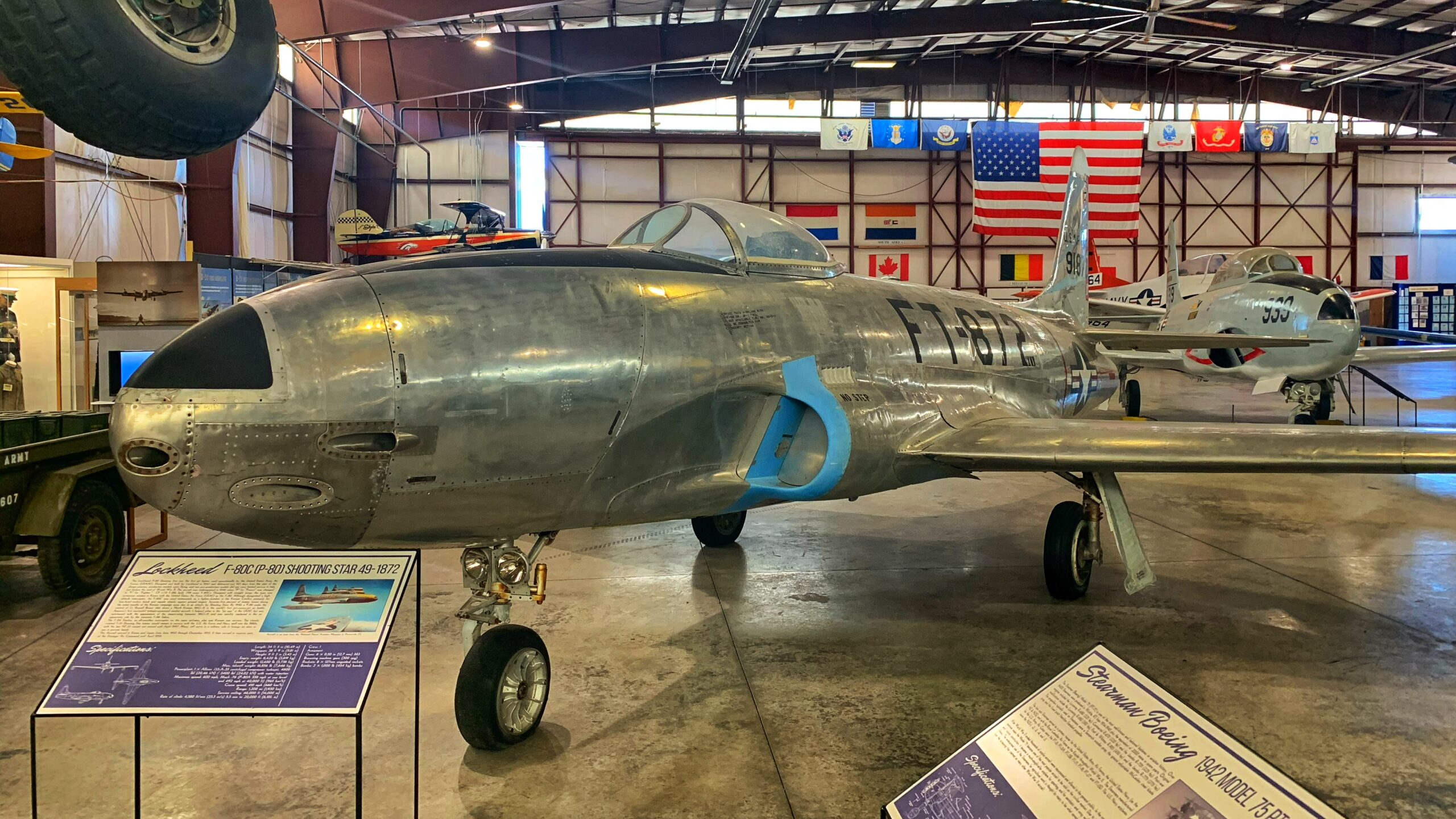 A 1926 Alexander Eaglerock bi-plane, made at the Alexander Aircraft Company in Colorado Springs. The factory building still stands on Nevada Avenue. 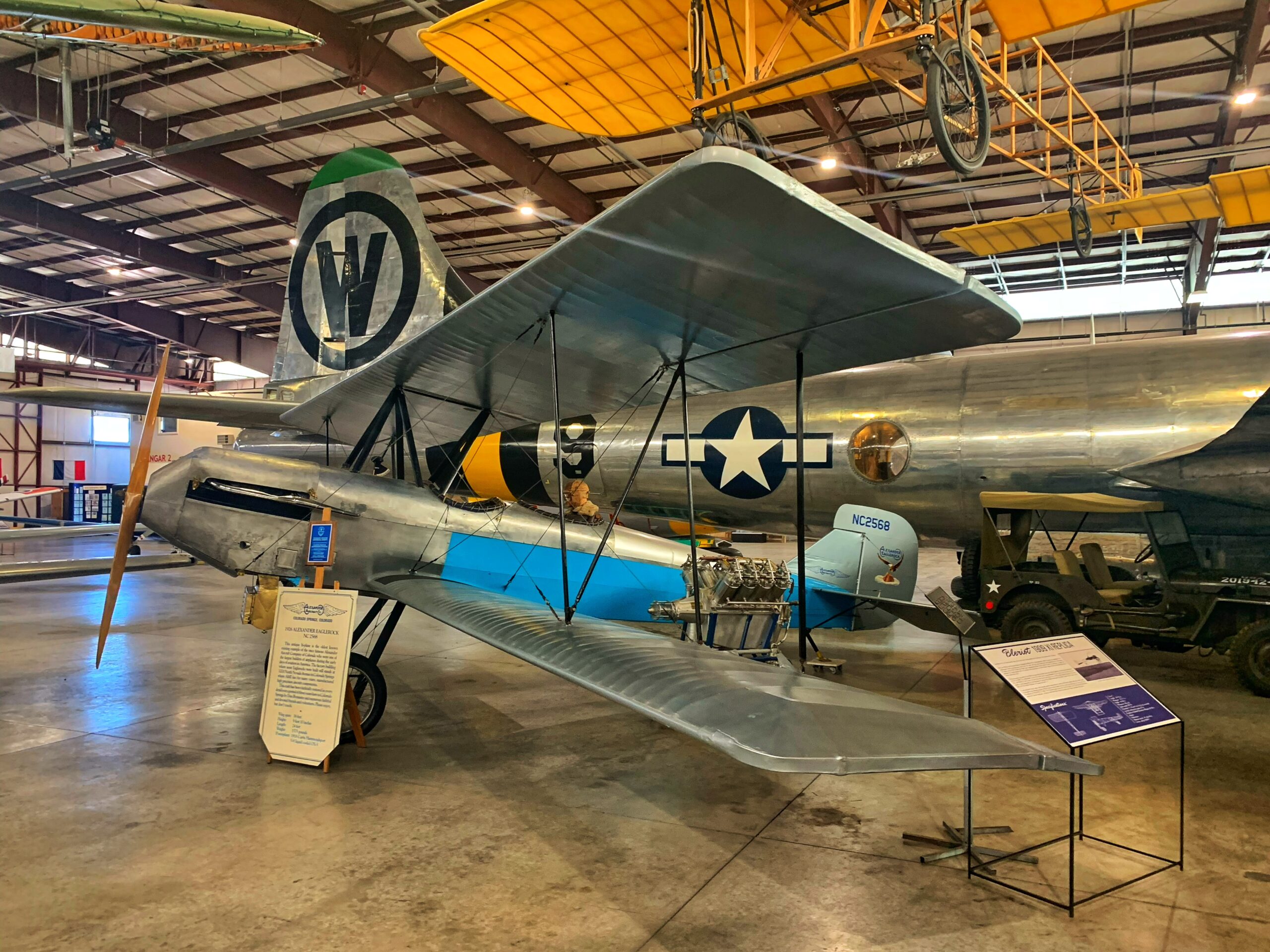 A Norden Bombsight used in bombing, and a photo of the view through it. The crosshairs are made of human hair. 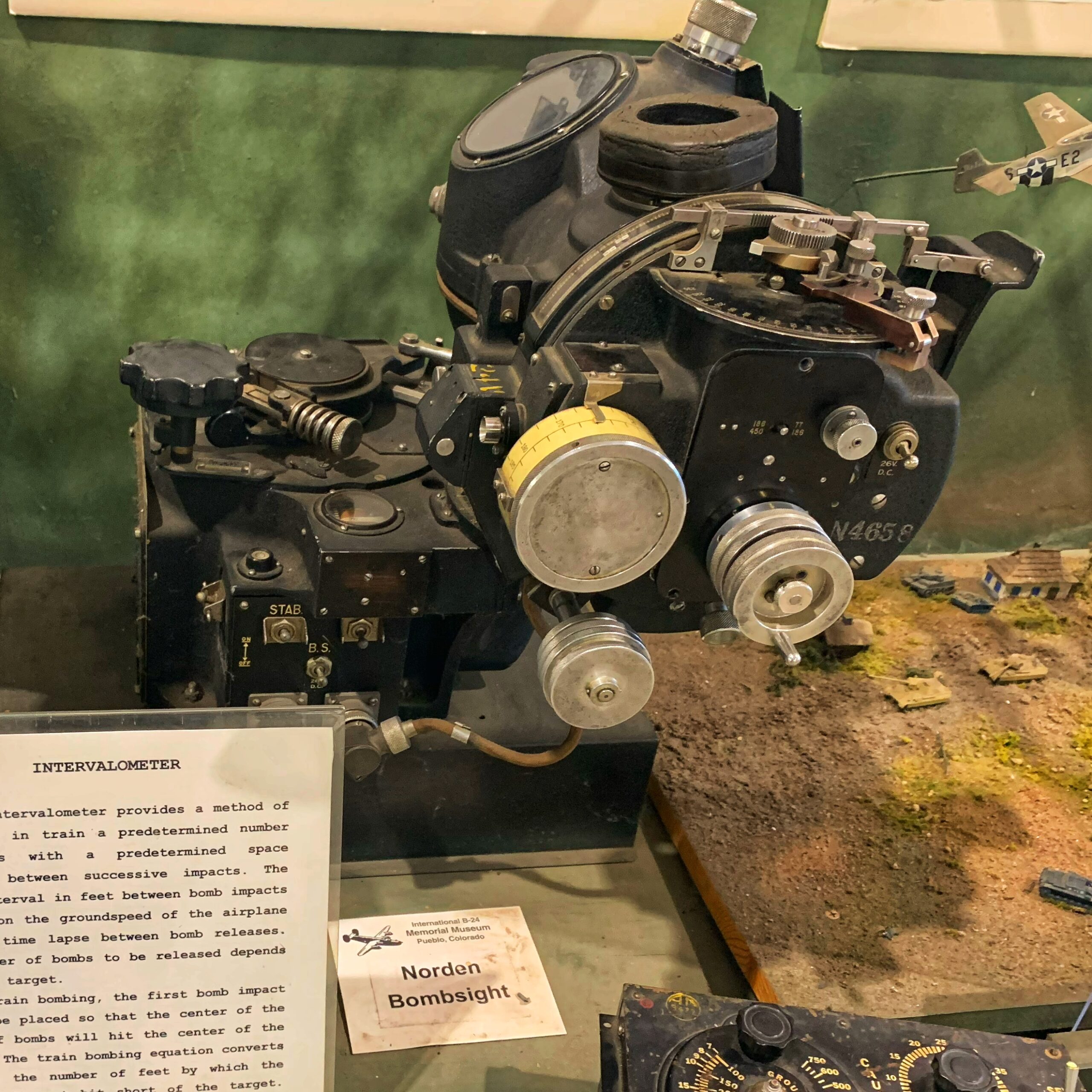 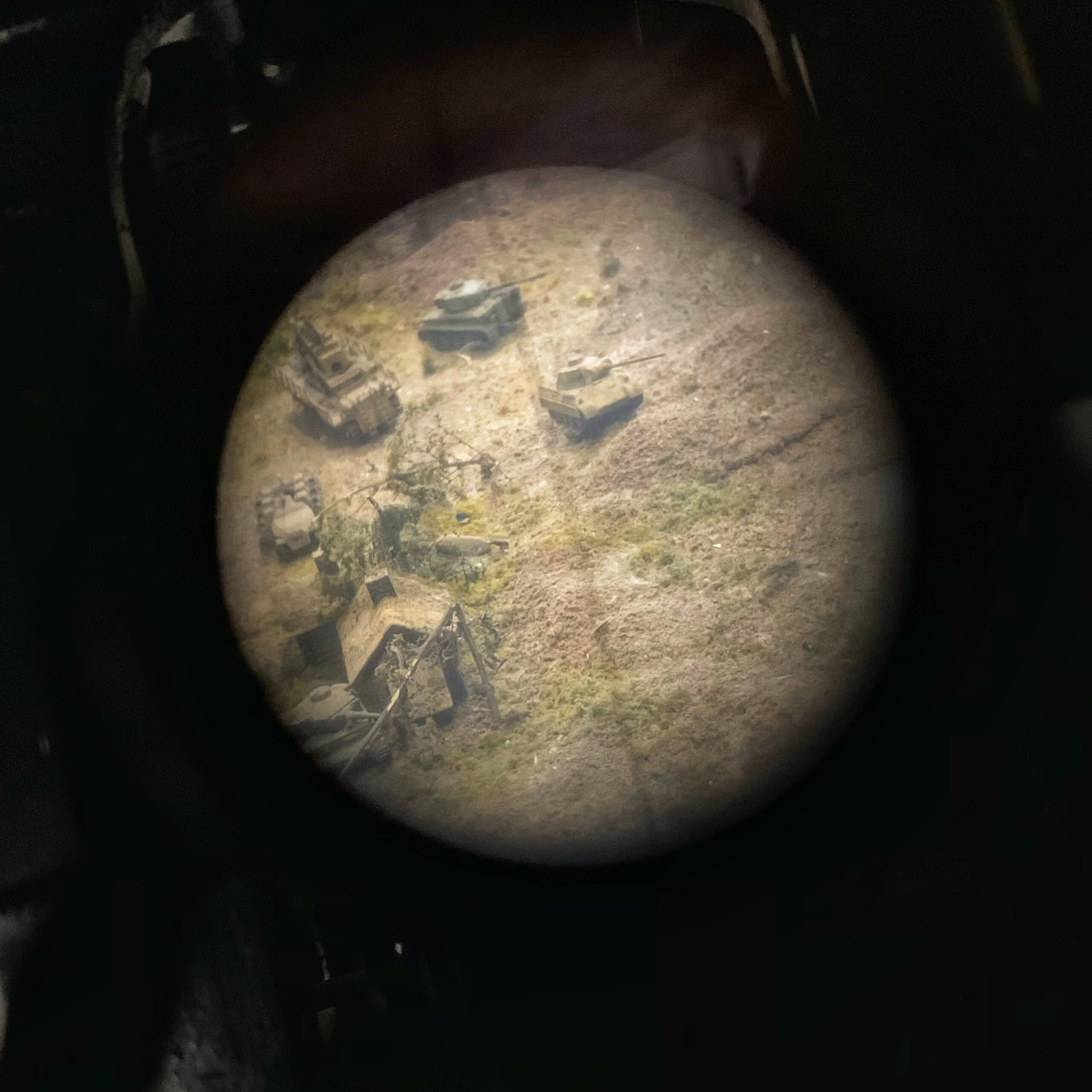 A Weasel, used in WWII  in Italy and France. It could move through deep snow and was amphibious. 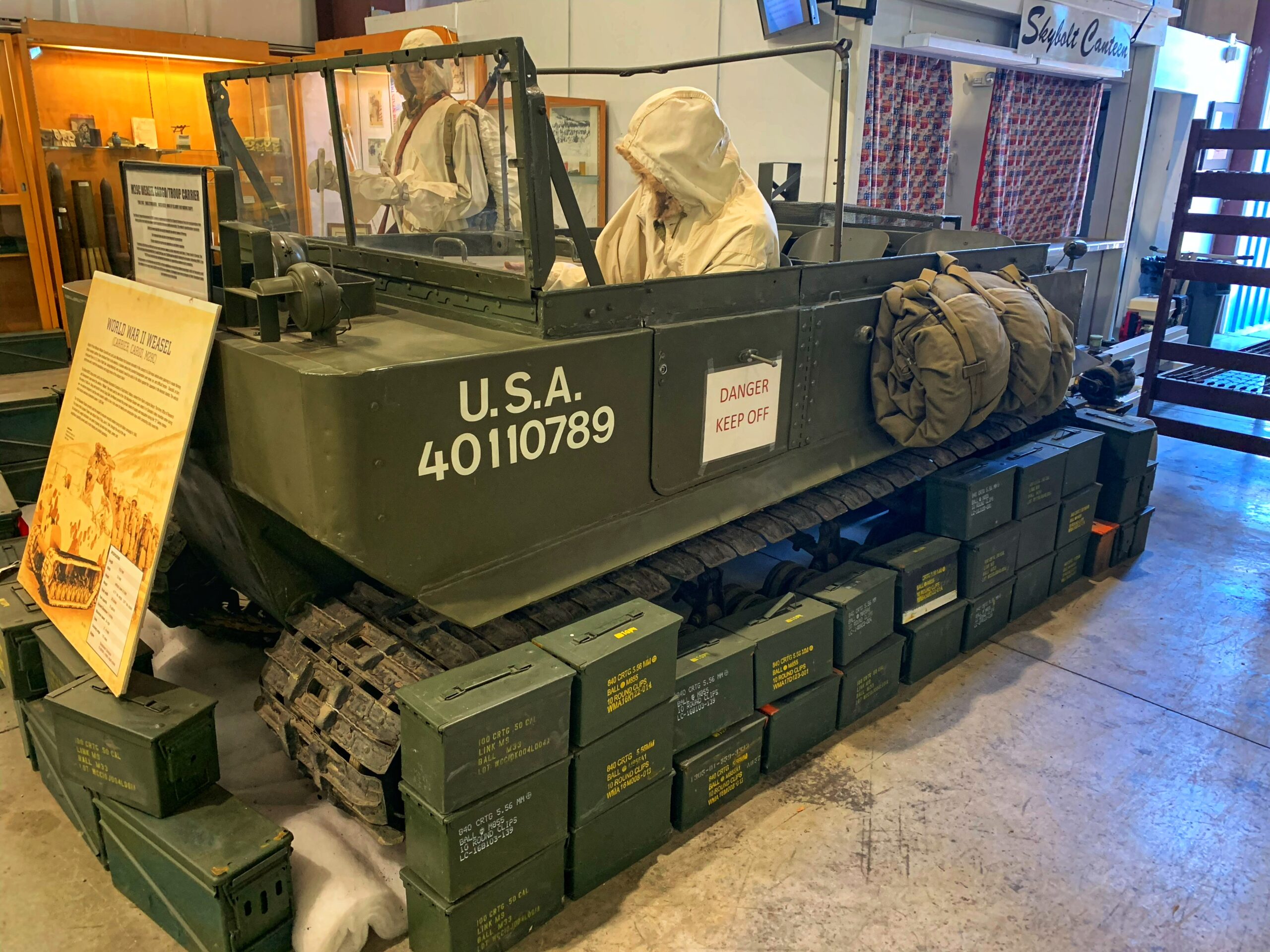 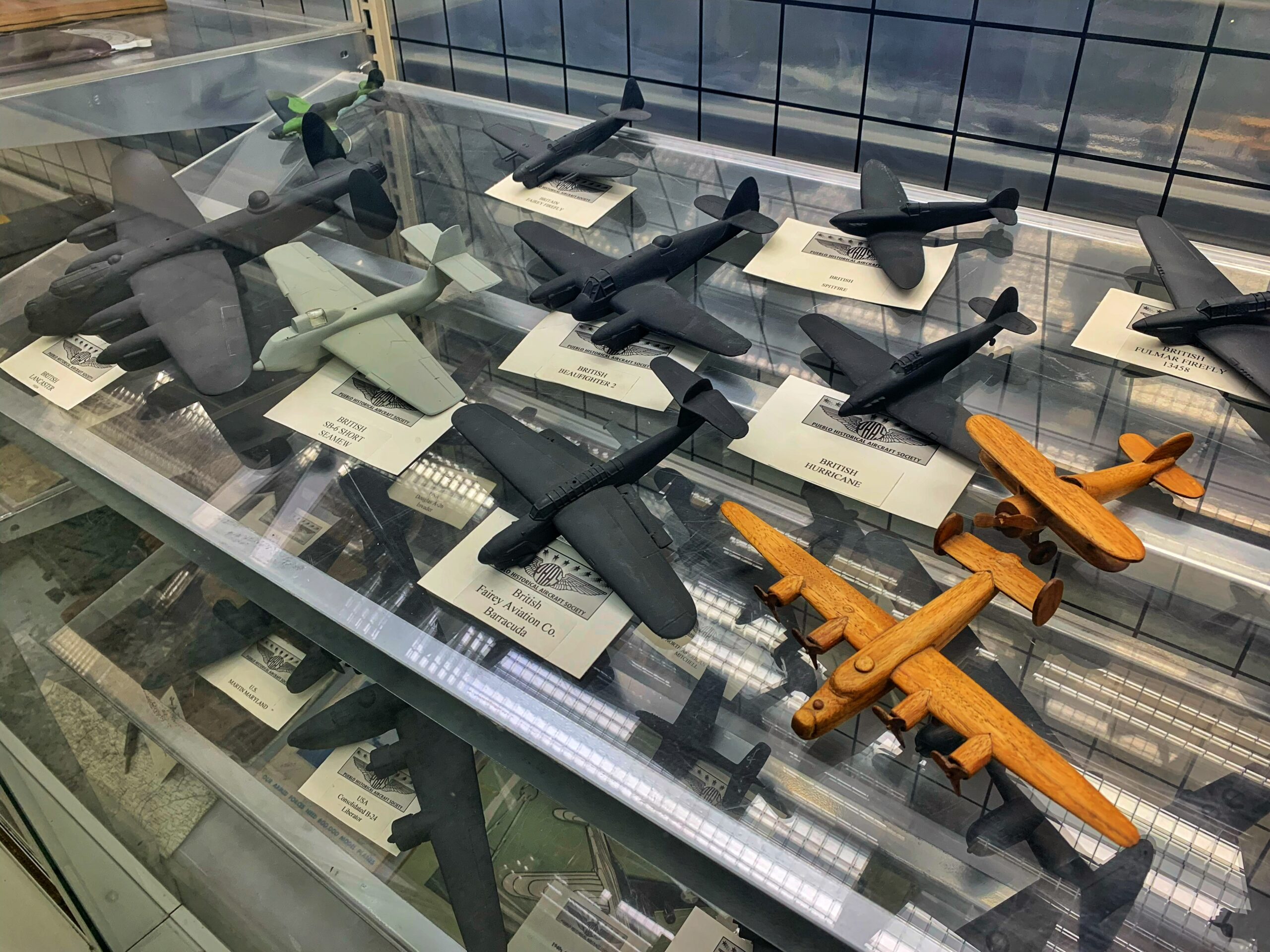 There were random displays on everything from space travel to uniforms to items captured from the Japanese and Germans. It was all such a jumble that I soon had sensory overload.

The most interesting and authentic thing about my visit was my guide. His name was Bruce Elson. He was a 97-year-old veteran of WWII who fought in the Philippines, trained for the invasion of Japan, and visited Hiroshima six weeks after the atomic bomb was dropped. He mixed in stories of his service with explanations of various exhibits in the museum. Although he walked with a cane, he was sharp, witty, and informed. 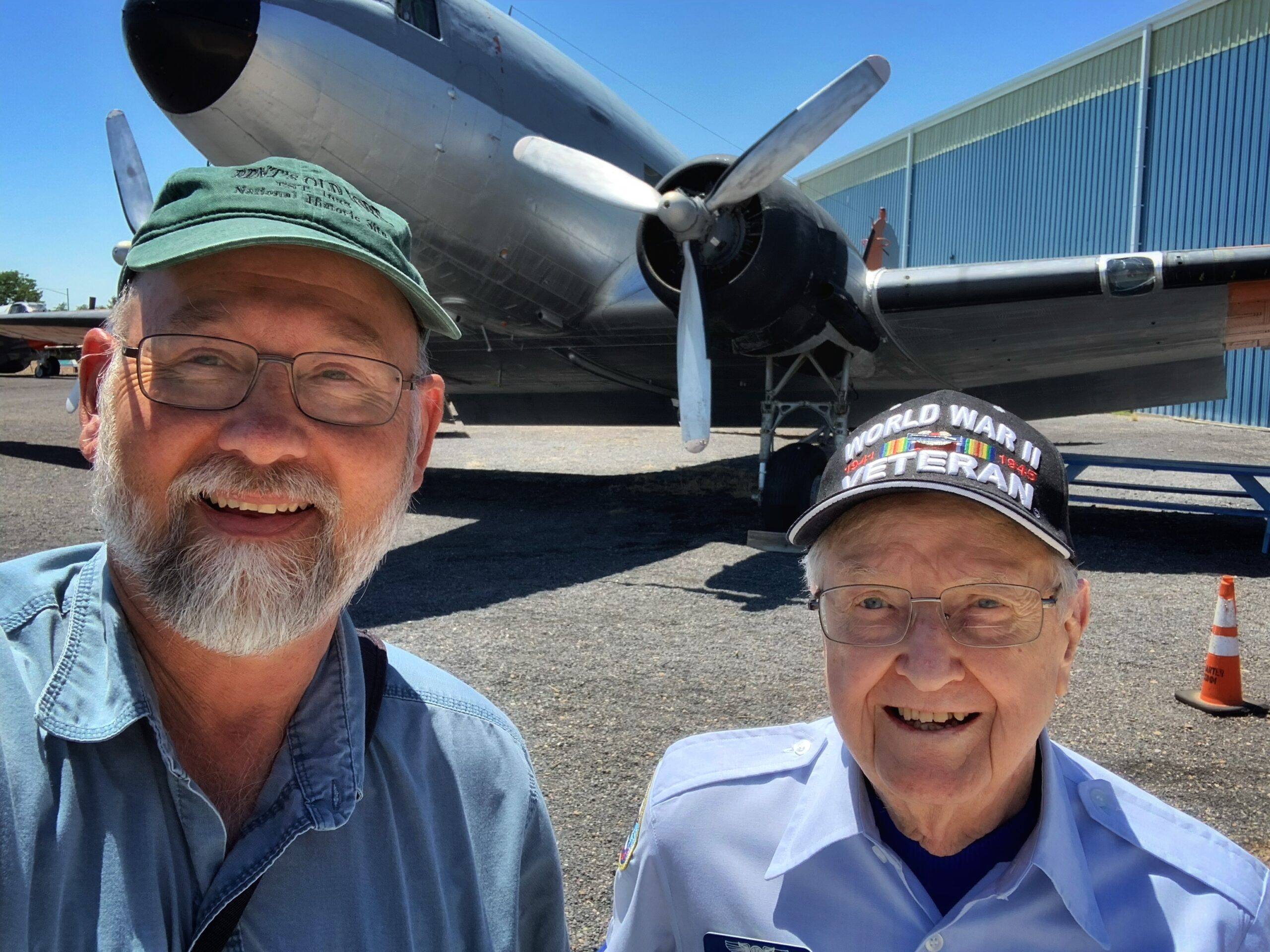 He told me that he didn’t think he’d be alive if the atomic bomb hadn’t been dropped. In training, the soldiers were told there would be 250,000 U.S. casualties on the first day of the invasion of the Japanese homeland. But he also said the Japanese people were so obedient to the emperor that, during his stay in the country immediately after the war as part of the occupying force, he received nothing but respect from the Japanese and never felt the slightest bit in danger. He was from Pueblo and went to high school at one of the local schools.