As I was walking along the path that runs between the Arkansas River and one of the ponds, I kept noticing striped lizards. The smallest was about three inches long, the largest perhaps seven inches. I don’t generally make a concentrated effort to see reptiles and amphibians, but if one gives me a chance, I’ll take its picture and try to identify it later. 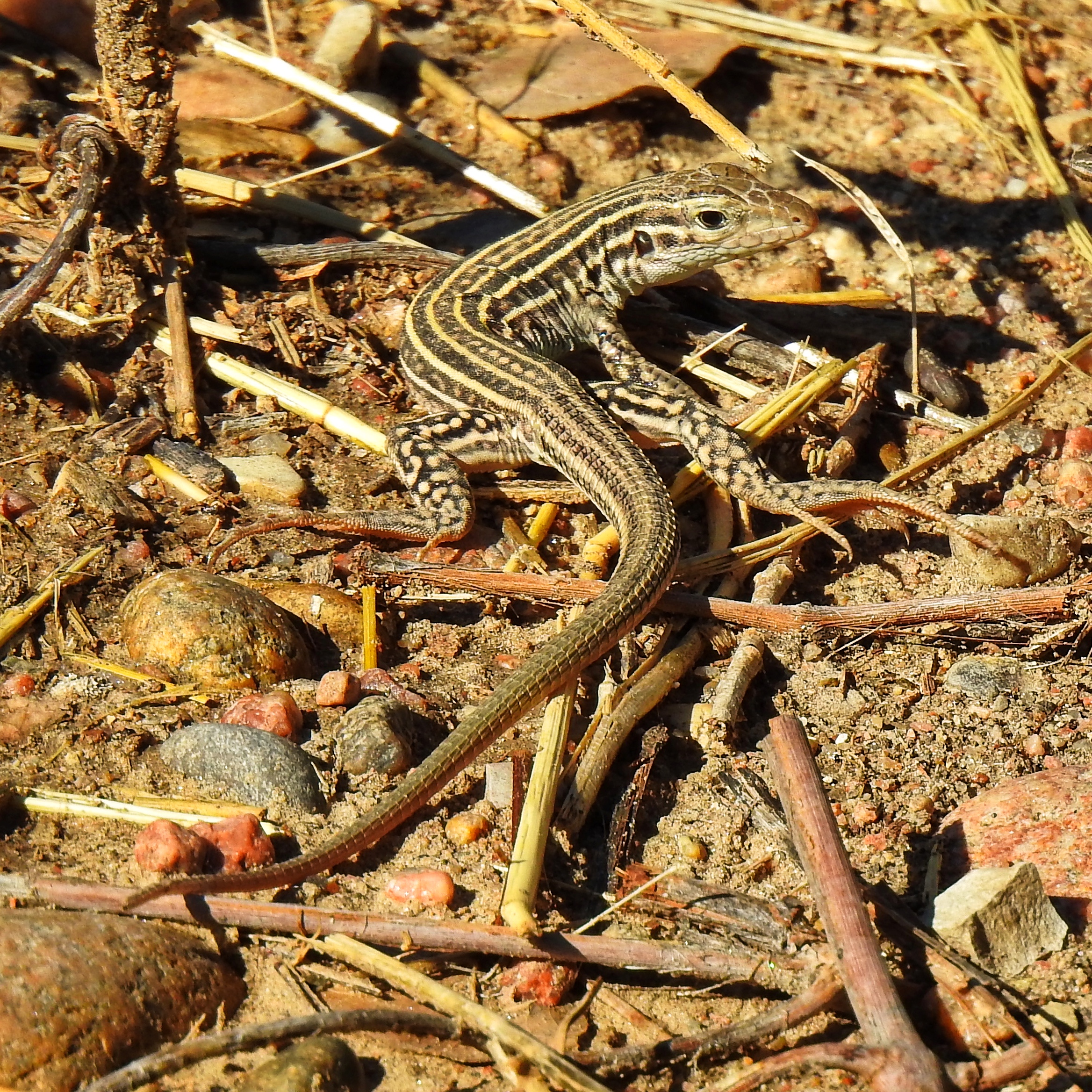 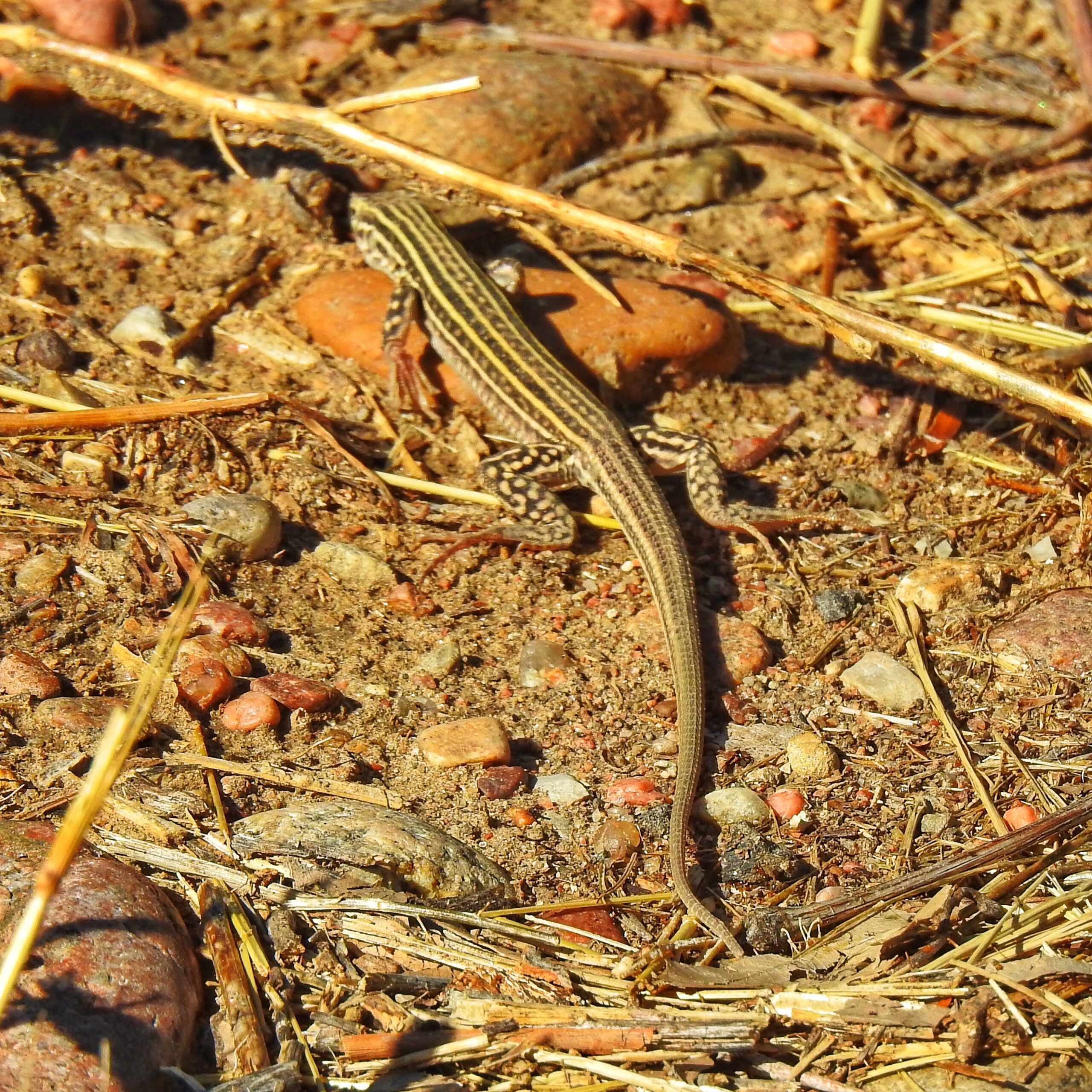 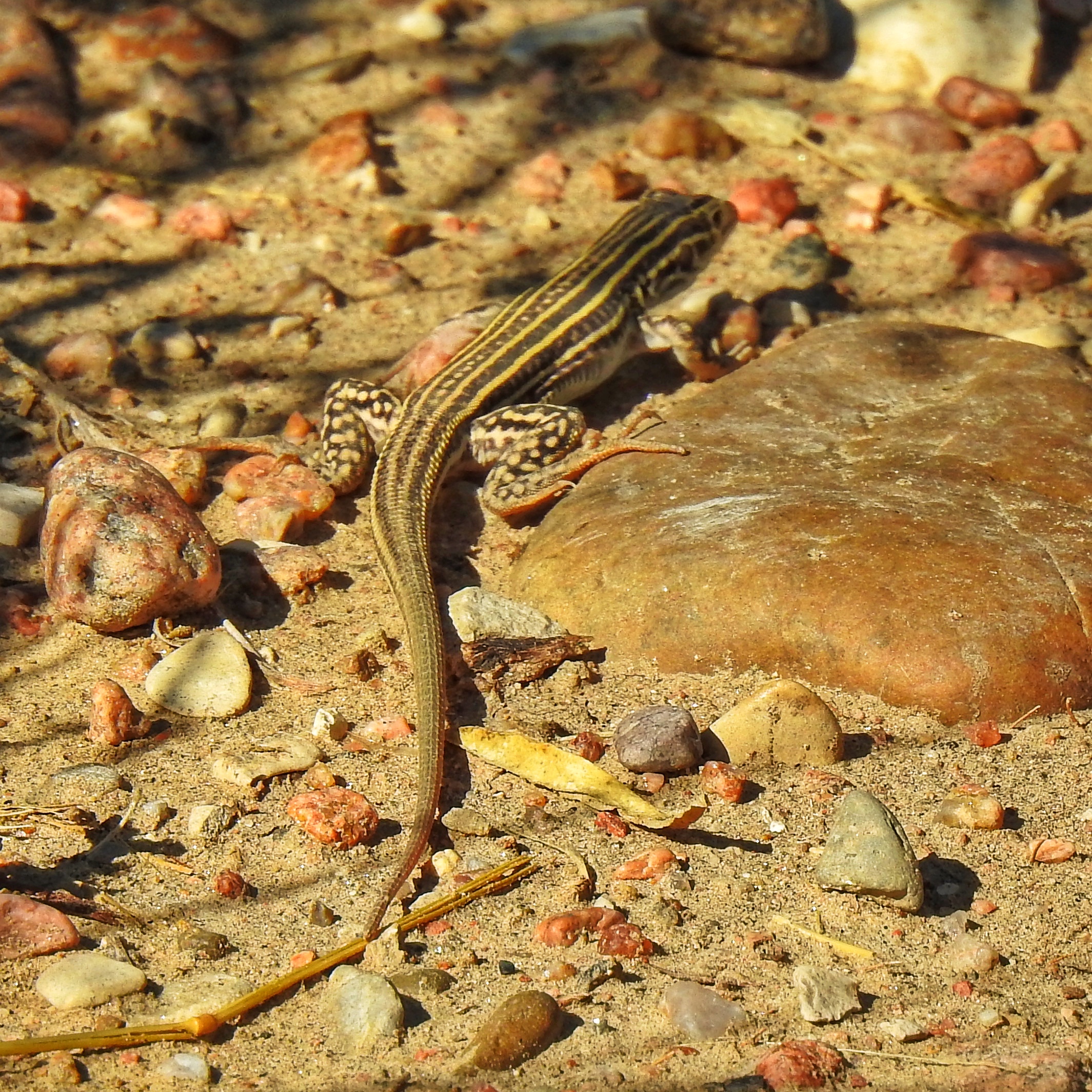 As it turns out, they’re Colorado Checkered Whiptails, a species only recently recognized and only found in Colorado. They’re a triploid species, which means (and I don’t pretend to understand this) that they are all females, they have three chromosomes, and they reproduce asexually. The young are genetically identical to the female.

Interesting, but they just looked like any other lizard, except perhaps a bit more prone to running down the trail in front of me instead of dashing for the trailside vegetation.