I zipped over to Disney Springs from my hotel one afternoon for about half an hour to see if a Roseate Spoonbill was hanging about. I didn’t spot the bird, but I did manage a photo of a tiny lizard. It was one of several I saw, but the only one that hung around long enough for a portrait. It was probably four inches long. I looked it up later to find out what it was. 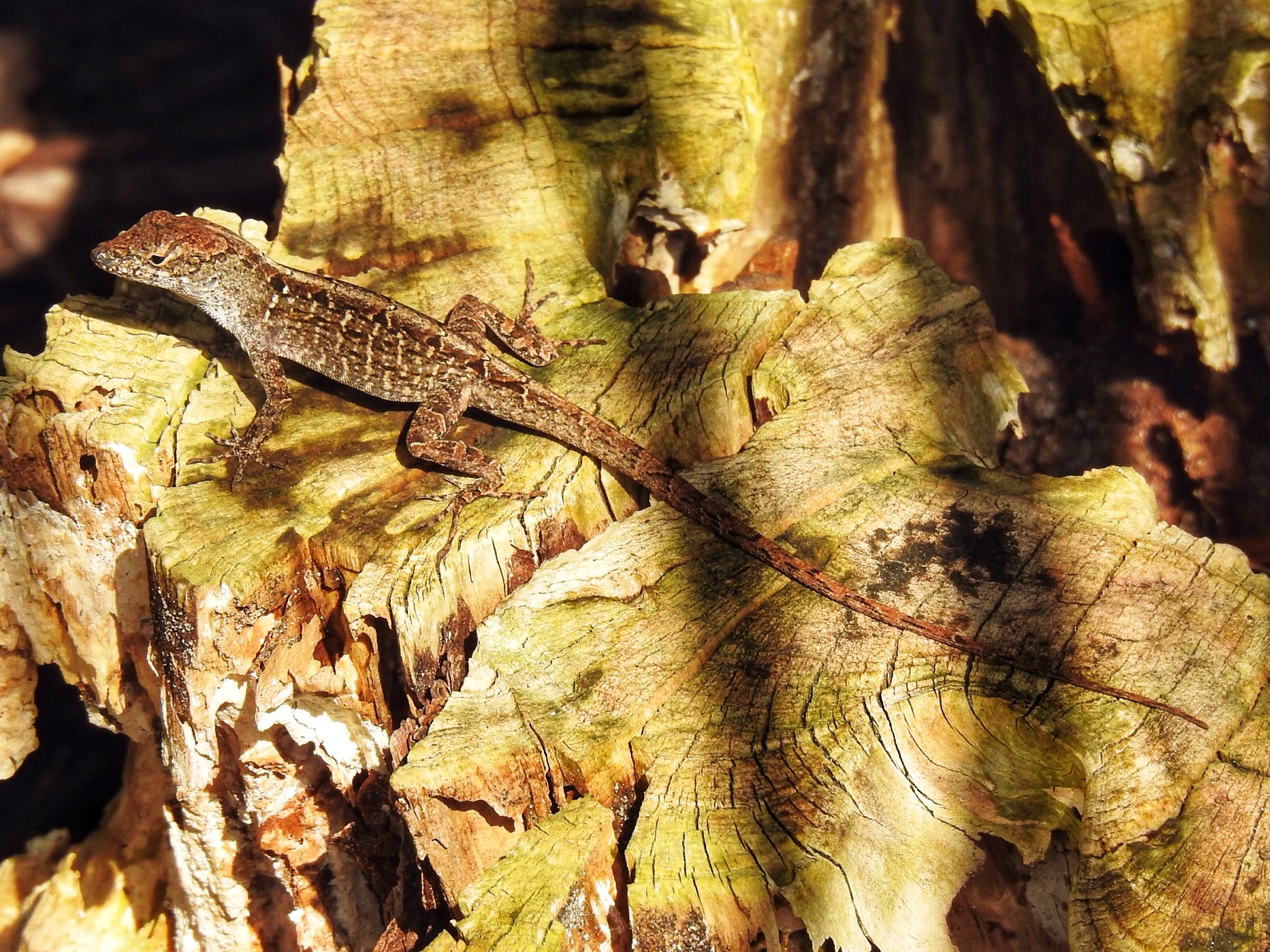 The Brown Anole isn’t native to Florida, but it’s made itself right at home. Since it spends most of its time on or near the ground, supposedly it’s driven the native Green Anole up into the trees. I saw this one dash to this spot, but I didn’t see what happened after I took the photo because I had other goals and didn’t stick around to watch.