I was hoping to see these ducks, but eBird sightings at Newton Park are spotty. No worries—there were a couple of retention ponds within a couple miles of the park where the ducks have often been seen lately. My plan was to go to Newton Park and see the Snail Kites and look around, then head for the retention ponds.

But maybe 15 minutes after I spotted the Snail Kite, I heard a flock of ducks go over making a high-pitched whistling sound. The ducks were silhouetted against the rising sun, but with my binoculars I could see enough to identify them as Black-bellied Whistling-Ducks. There were perhaps 12 in the flock. A few minutes later, a second flock passed over. I managed a lousy photo as they went by. 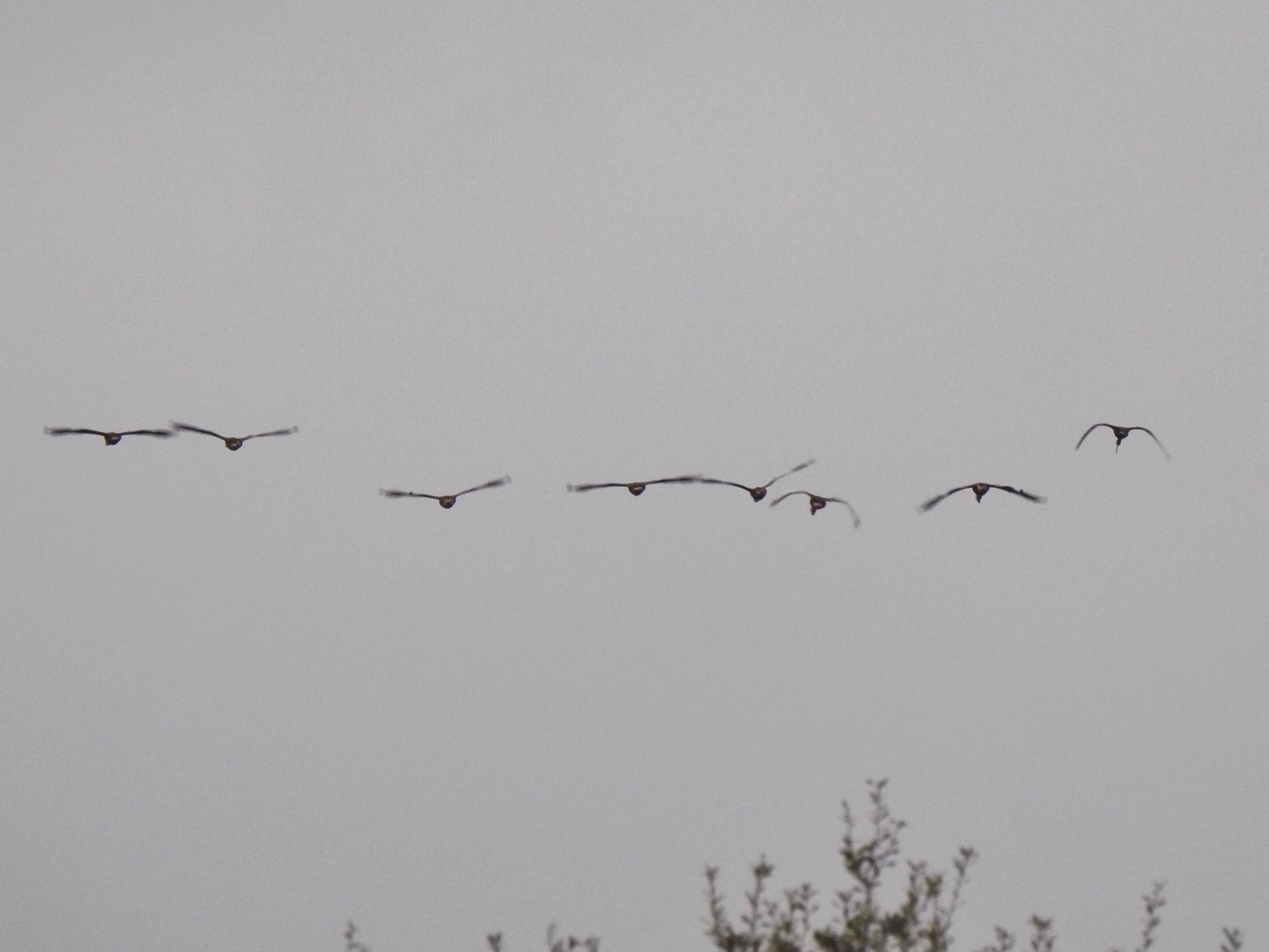 I had my lifer, but that photo wasn’t at all satisfactory. I didn’t have long to wait for another chance. I did a little better this time. It’s still a lousy photo, but at least this one is diagnostic. The ducks are lanky, with long necks, bold white wing patches, and red bills. 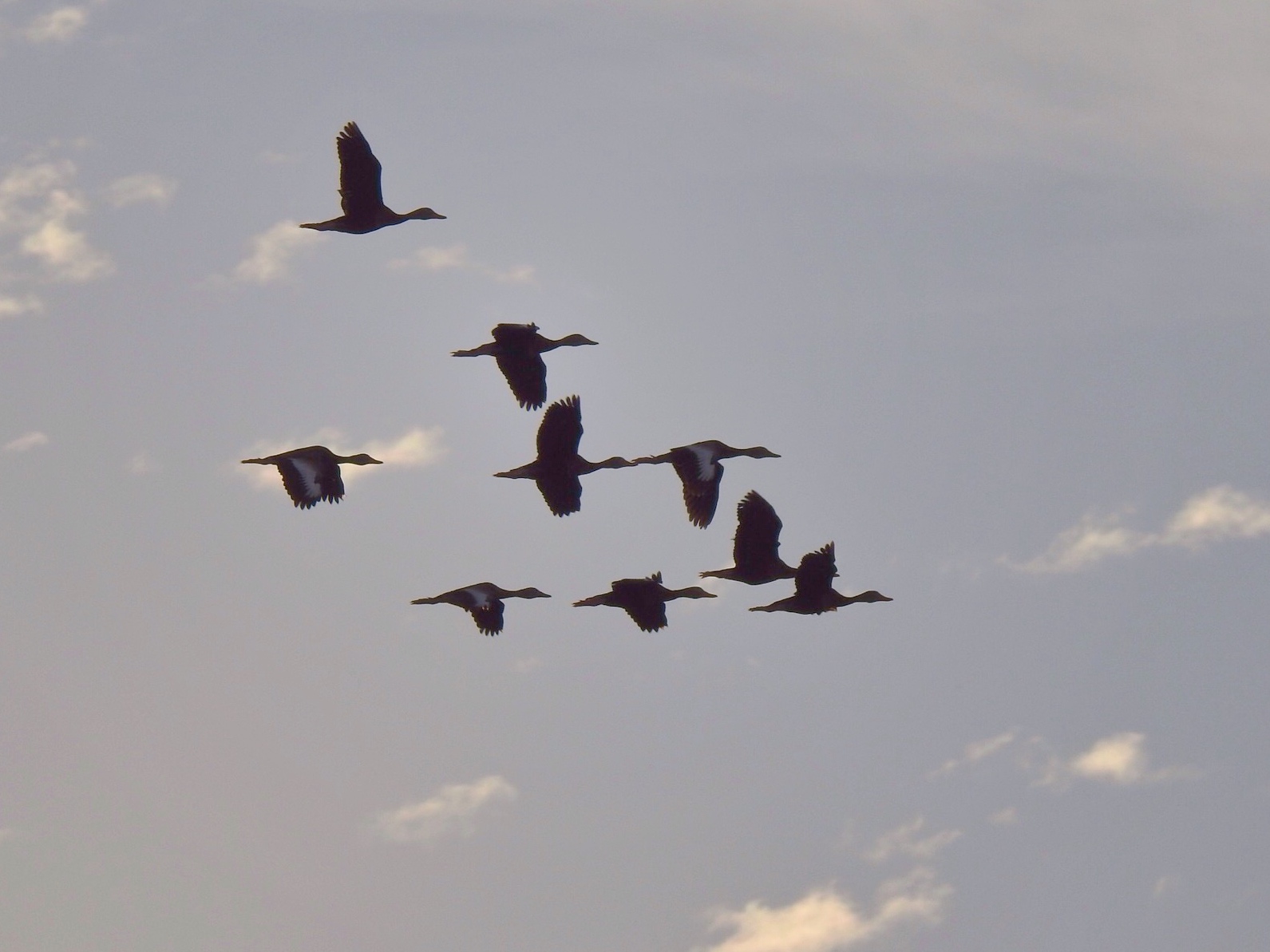 Finally a flock went over that gave me one brief chance to take a better photo. 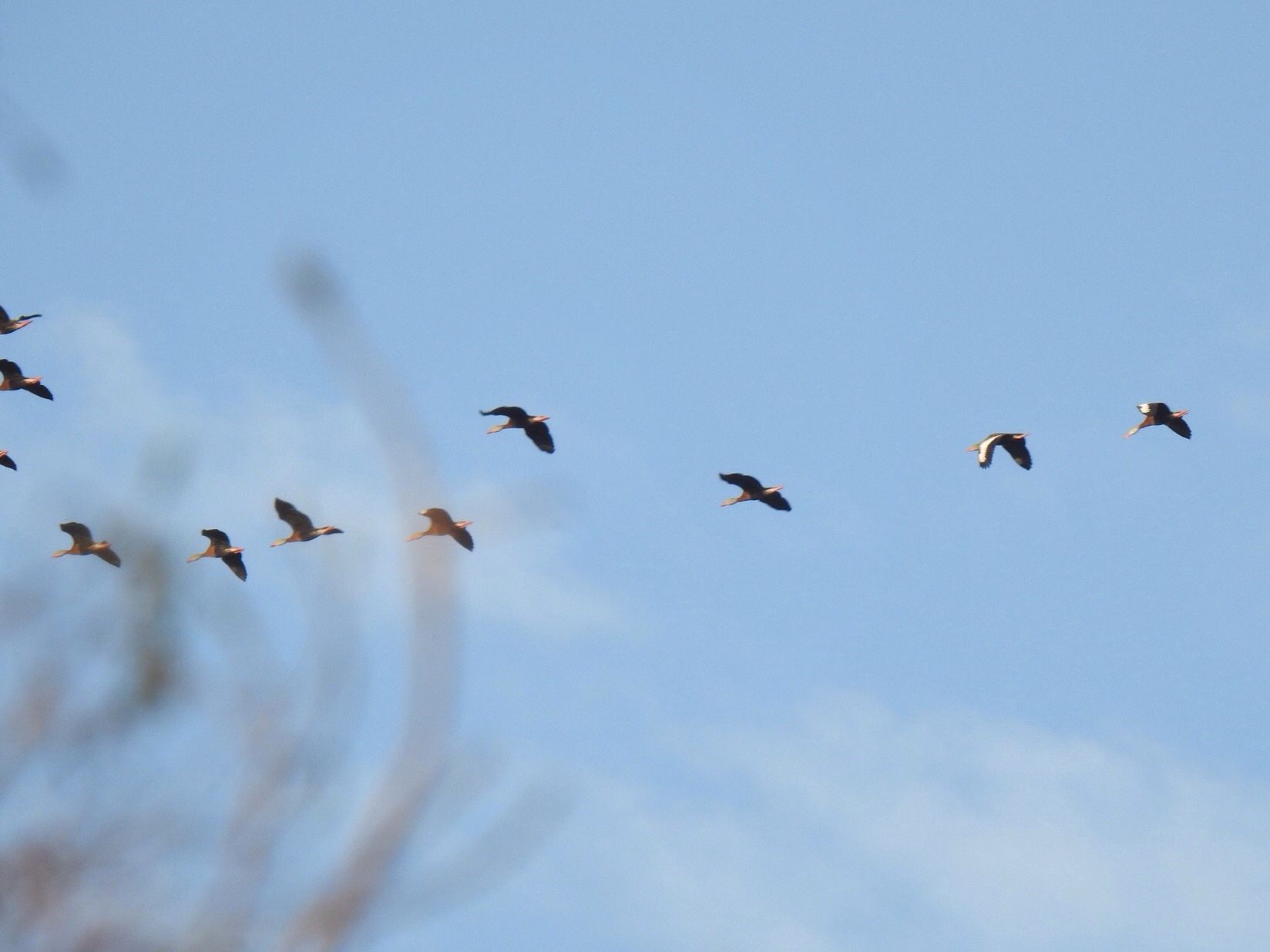 And that was it. I gave myself enough time to check out the retention ponds because I really wanted to see them on the ground or in the water, but the ponds were empty today. If I had an hour or so, there’s a good chance I could have driving around the neighborhood and found them somewhere, but I had to get back. At least I saw them and got a diagnostic photo.

Historically, Black-bellied Whistling-Ducks were only found in the U.S. along the Mexican border. In recent years, their numbers have been increasing and their range has been extending north. They nest and roost in trees. This was probably one of the most common North American birds I hadn’t seen yet.