Nixon’s birthplace cottage is right next to the Richard Nixon Presidential Library and Museum. I was on the first tour of the day. 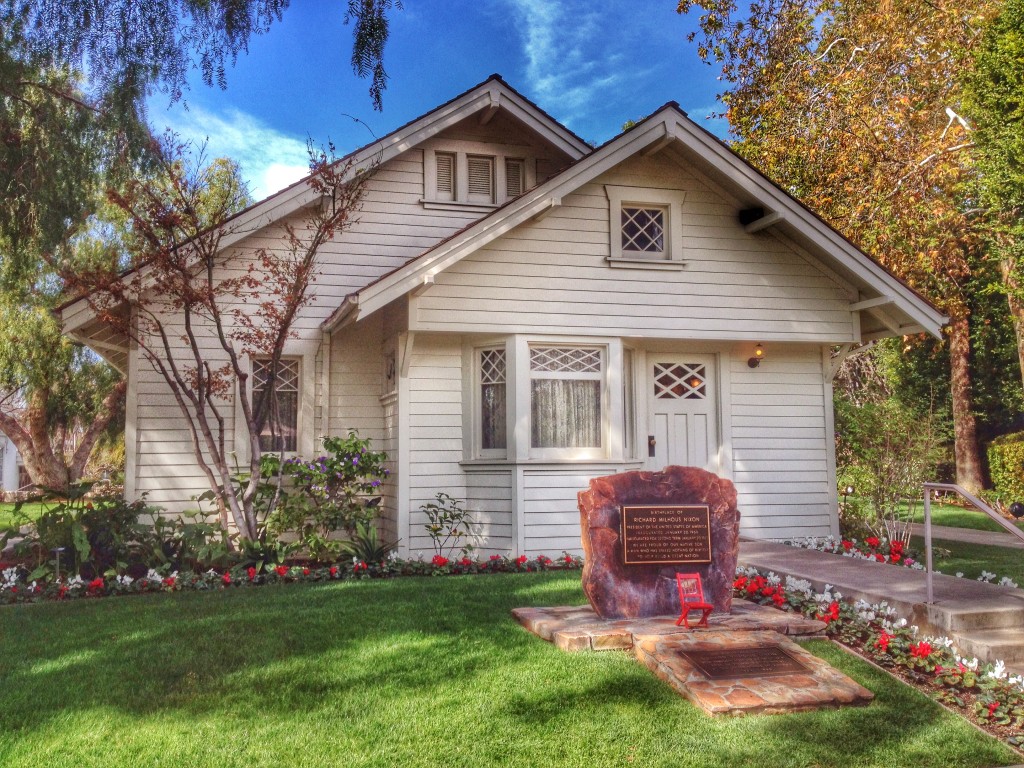 Nixon’s father, Francis, planted the pepper tree on the right side of this next photo. 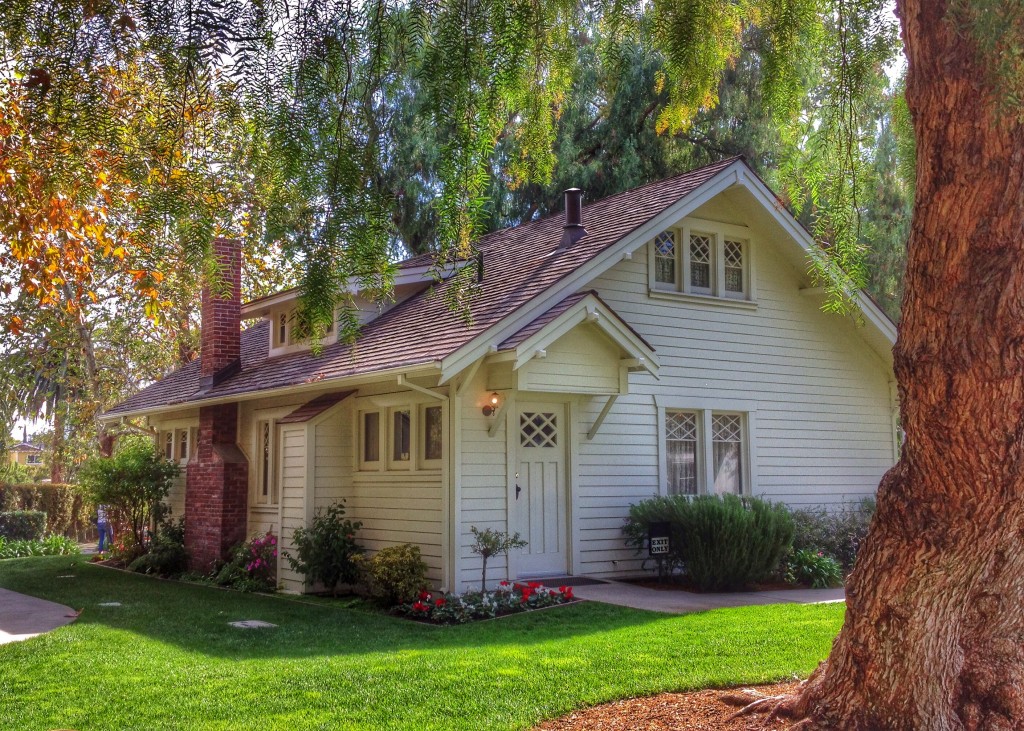 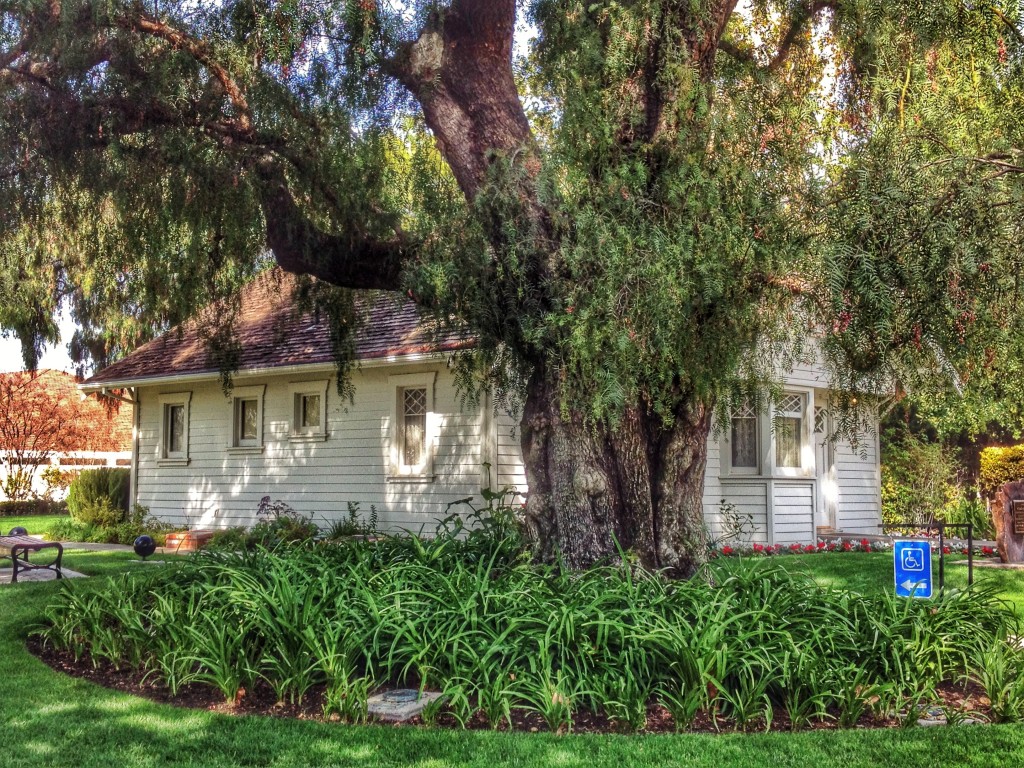 I wasn’t allowed to take photos inside, but there was a model in the museum that showed the layout. 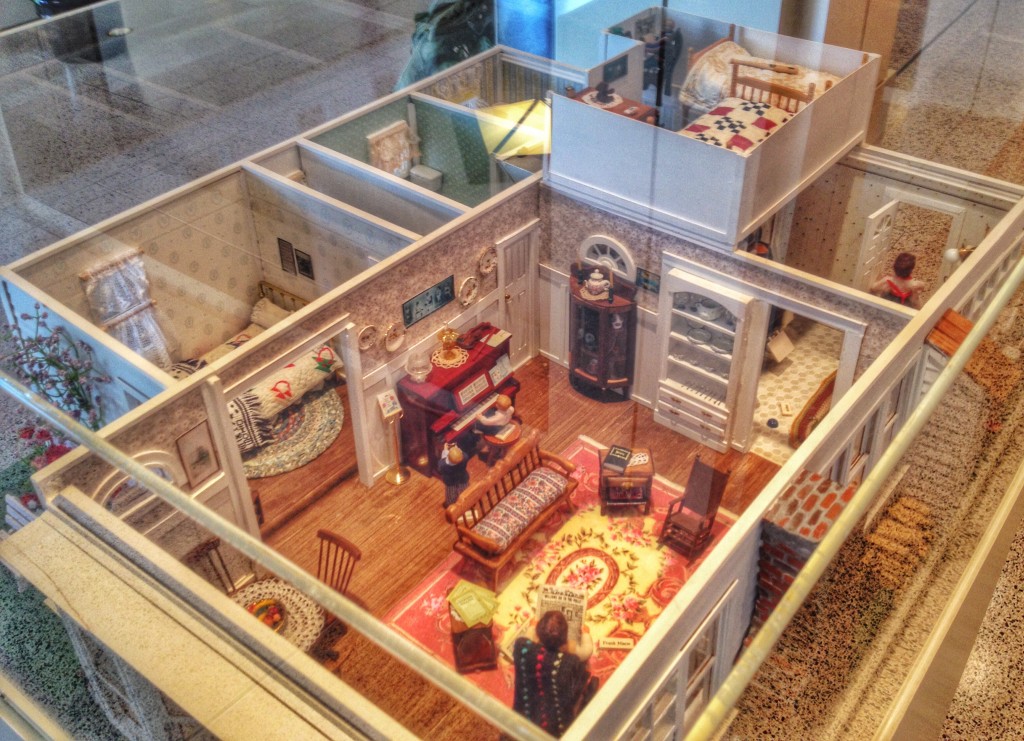 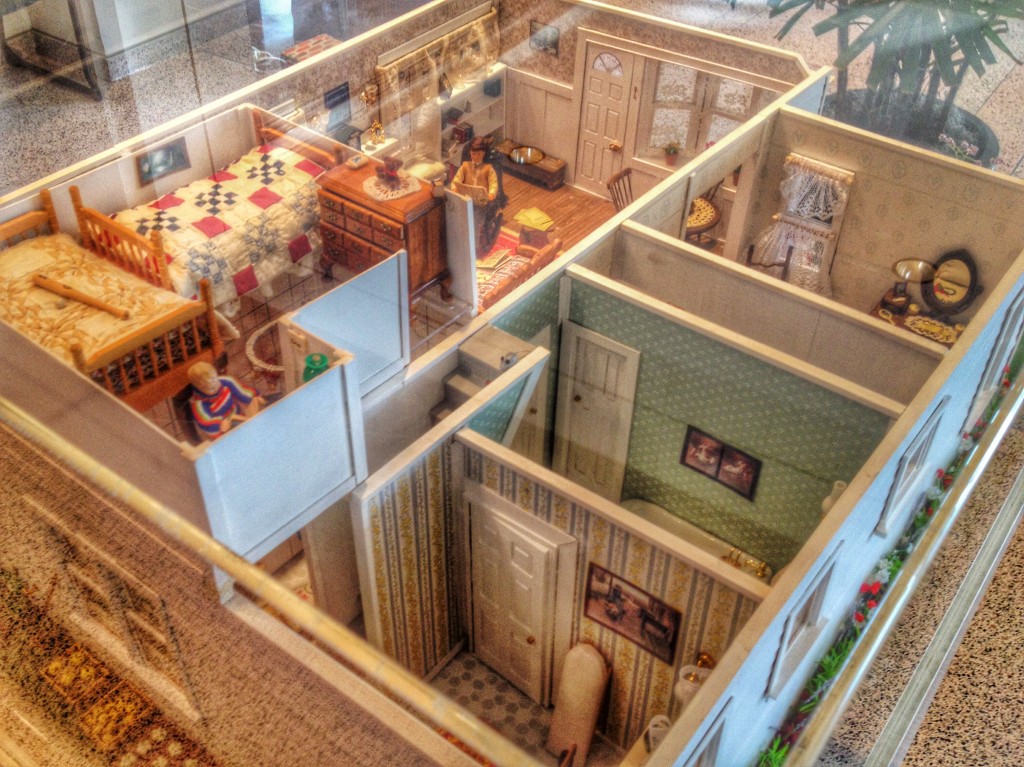 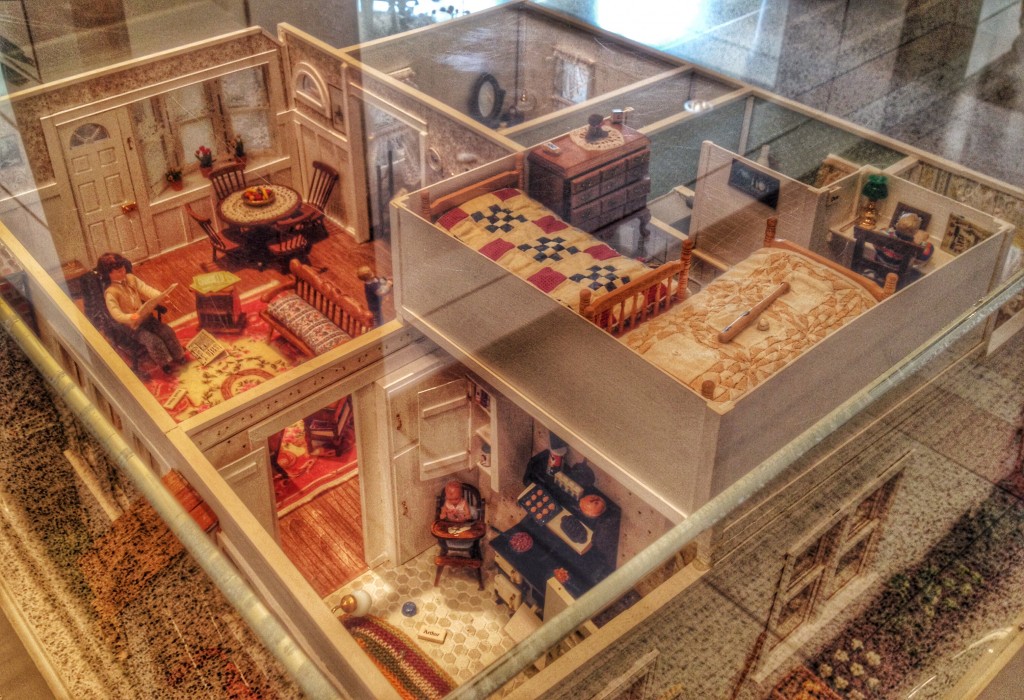 Nixon and his wife are buried next to the birthplace. 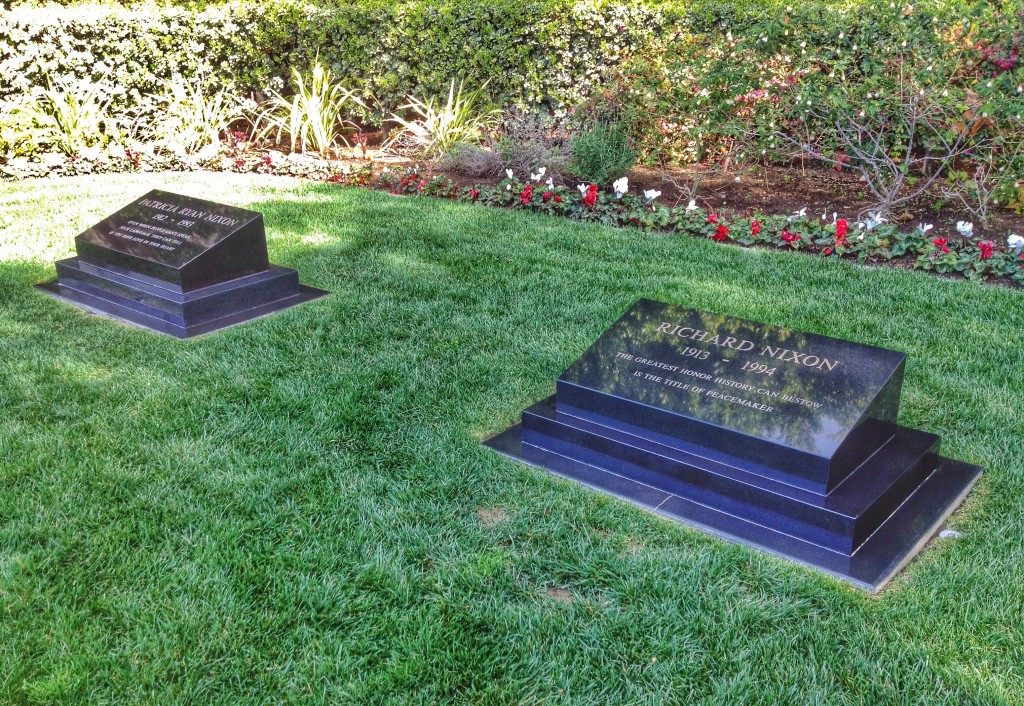 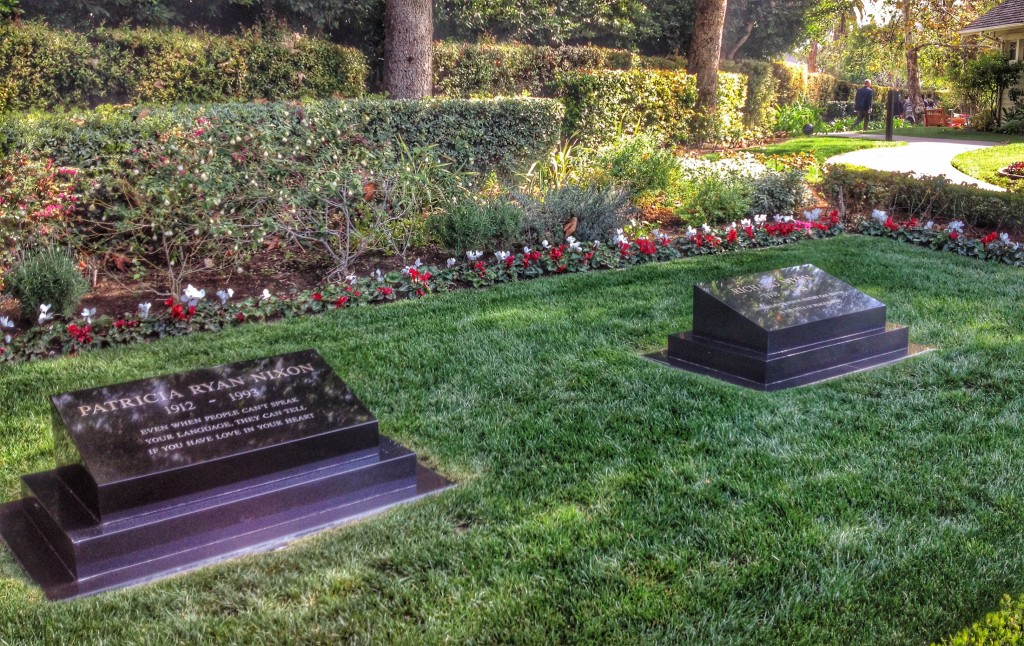