The U.S. government developed chemical weapons on this site east of Denver during WWII. Then Shell Oil bought it and used it to make agricultural chemicals until 1985. Two things became apparent at that point: 1) the site was badly contaminated, and 2) there was a lot of wildlife. I don’t know if its been cleaned up at all, but we thought we could risk a couple hours. If you enlarge this panorama, you can see the buildings of downtown Denver, but otherwise, it sure didn’t feel like we were in a city.

We drove the wildlife loop first. We saw Mule and White-tailed Deer and a family of Badgers (next post). There were also Bison, but they’re penned into a specific part of the refuge and it really feels more like you’re seeing them in a zoo. 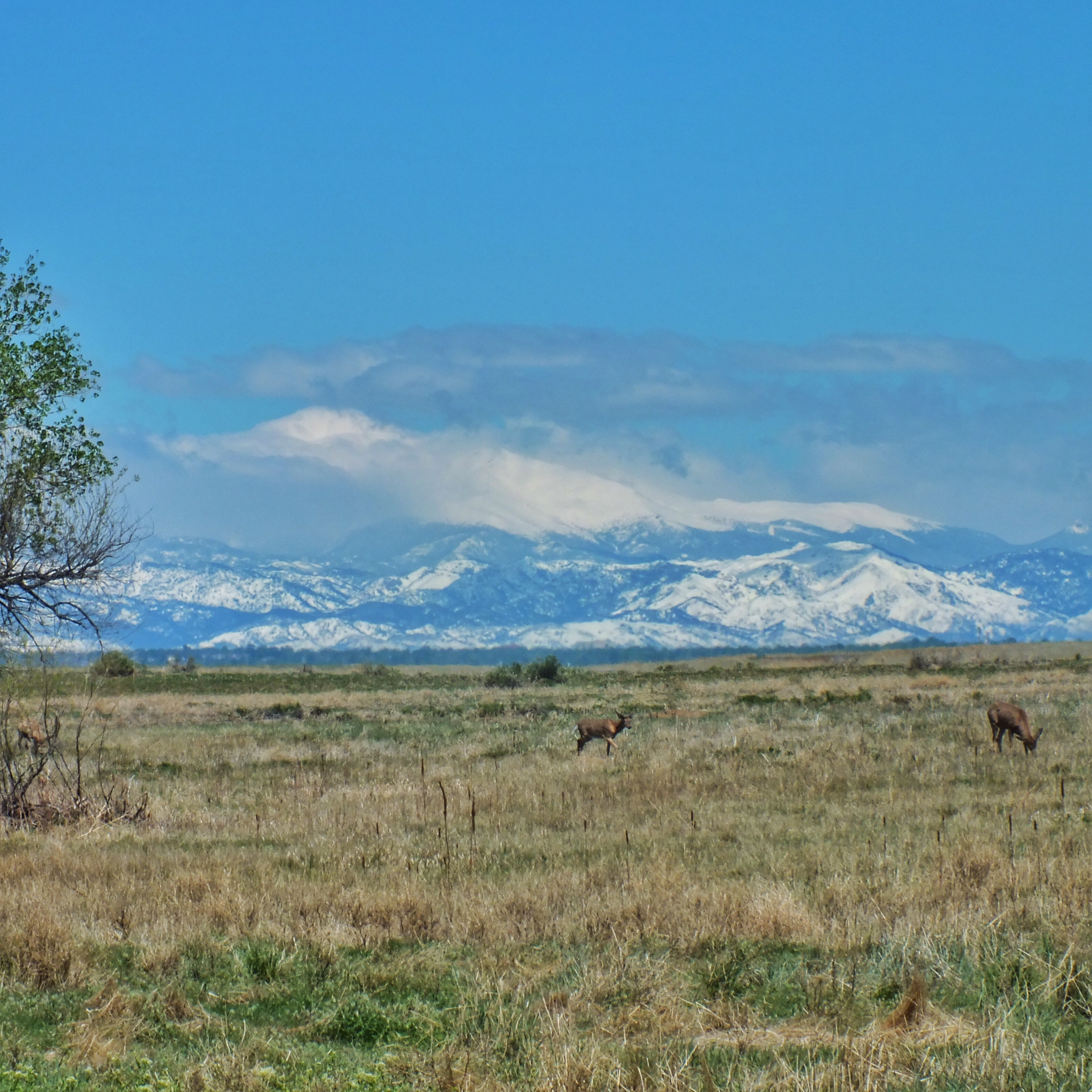 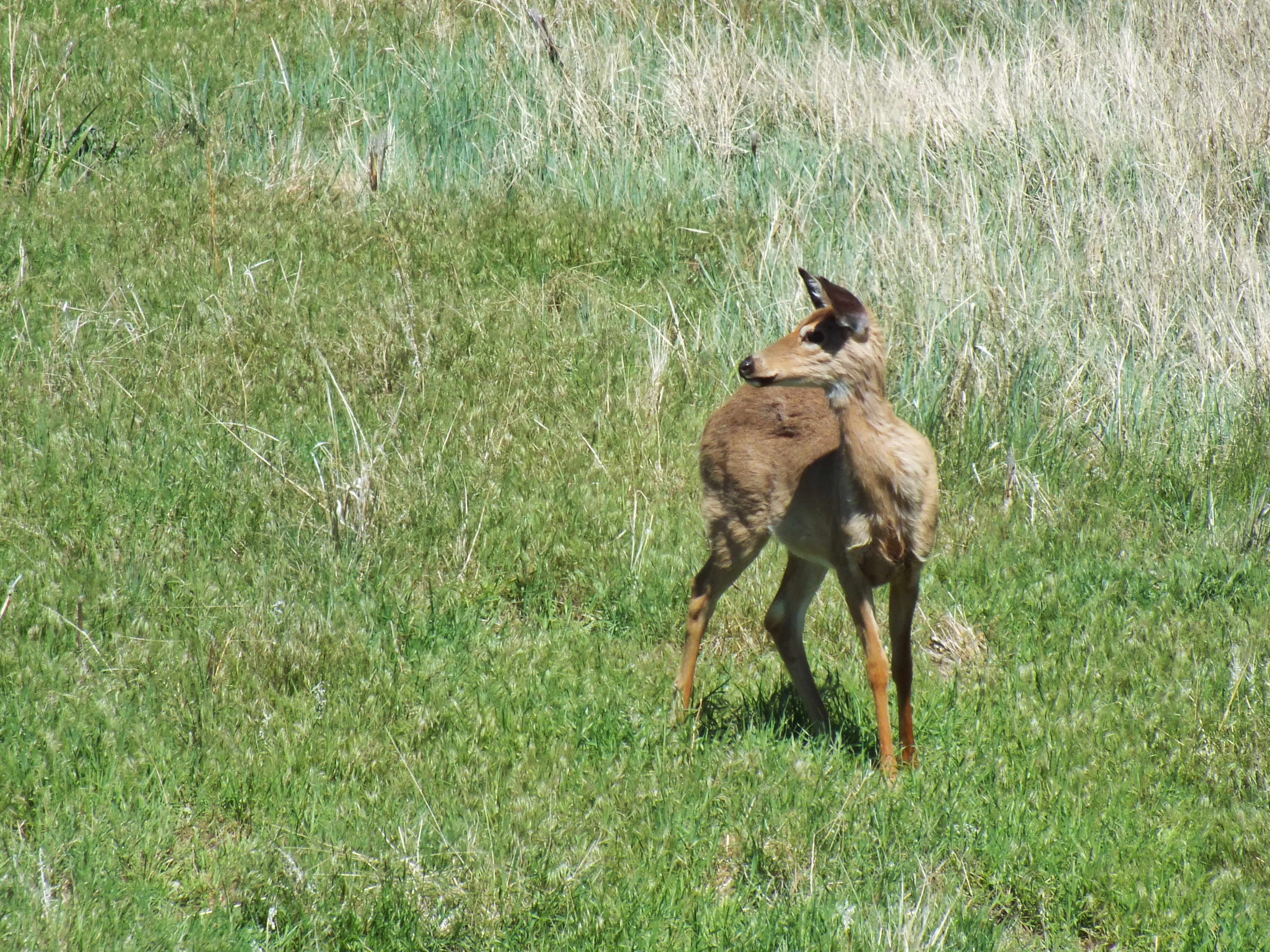 Did I mention Black-tailed Prairie Dogs? They were everywhere. 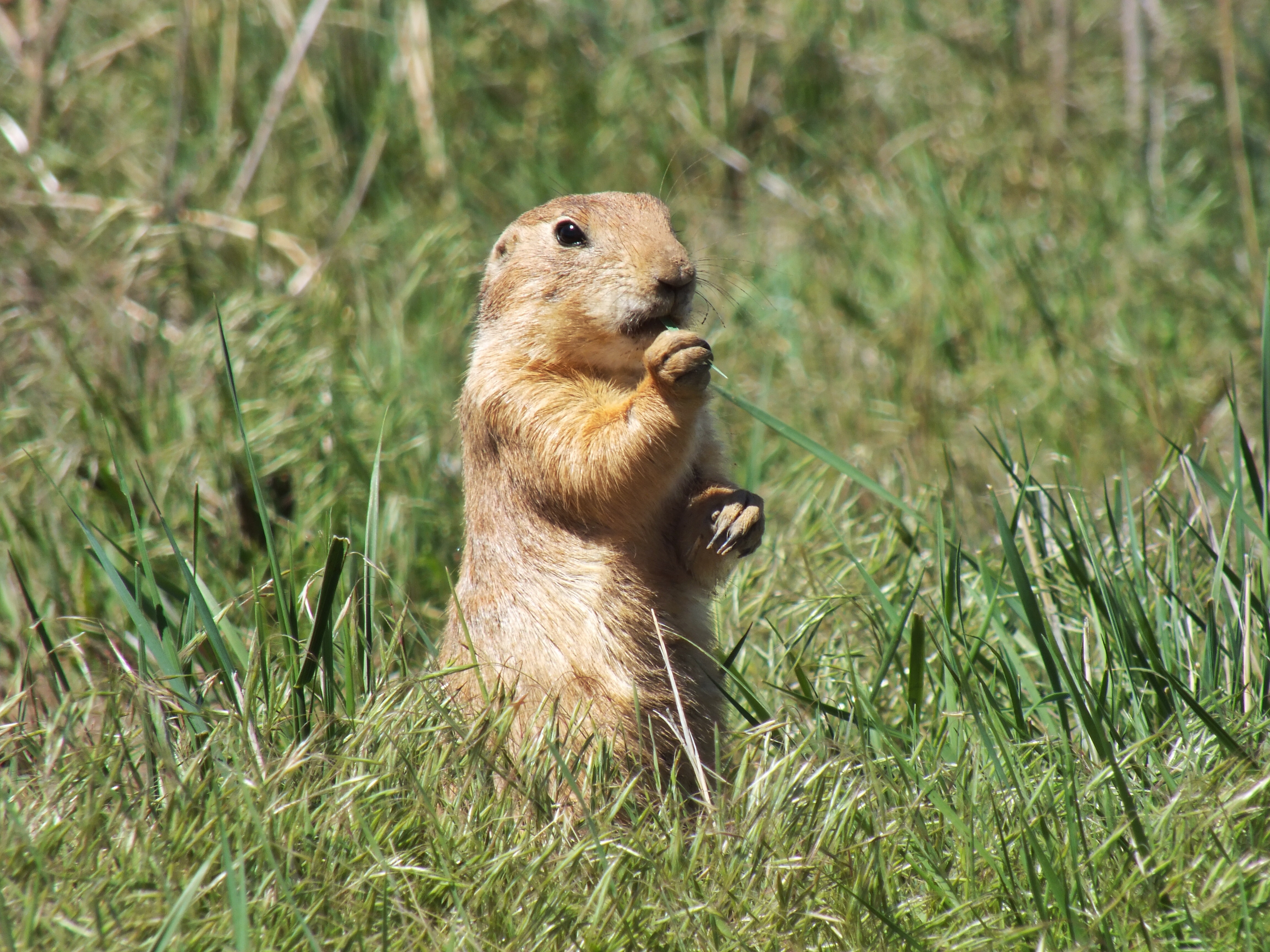 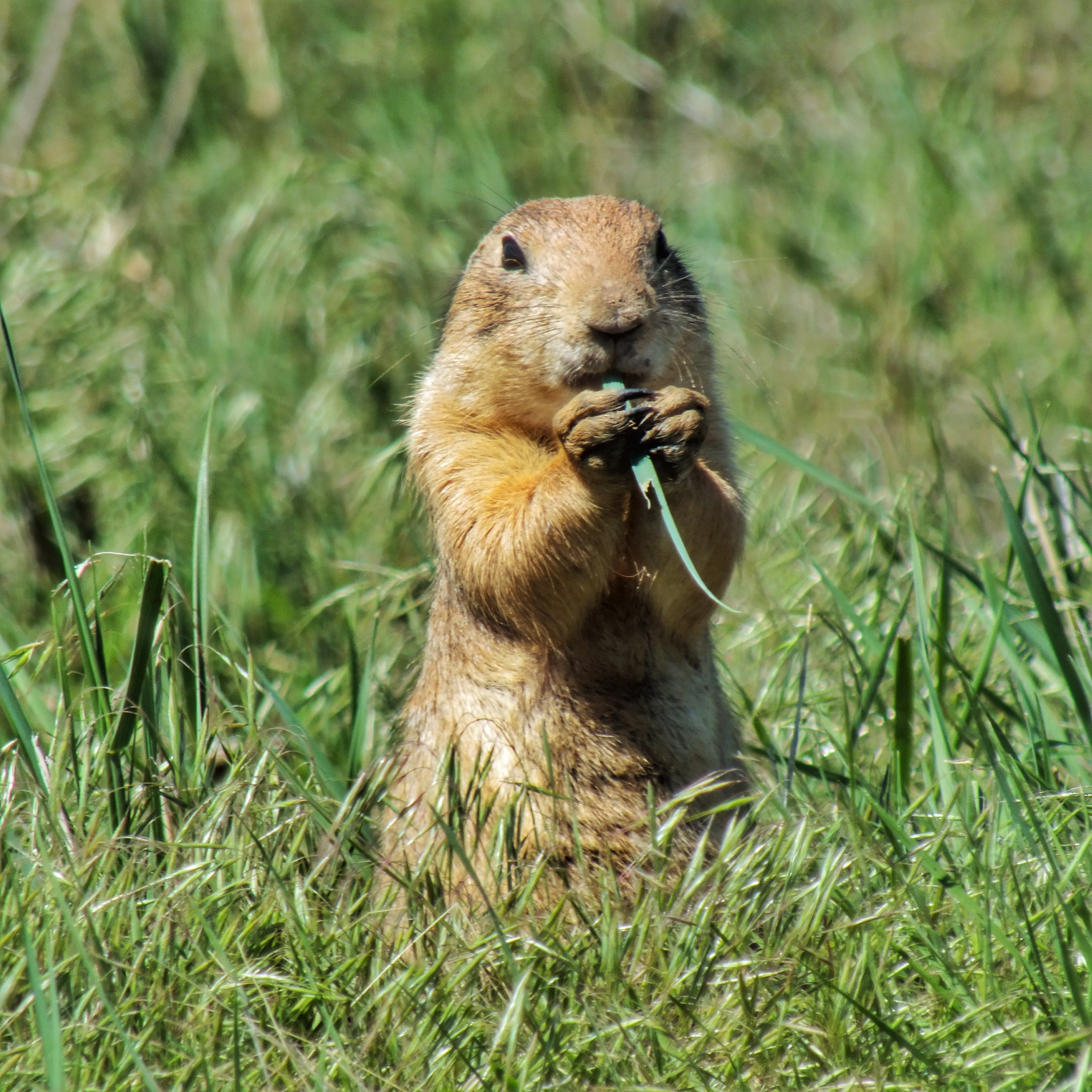 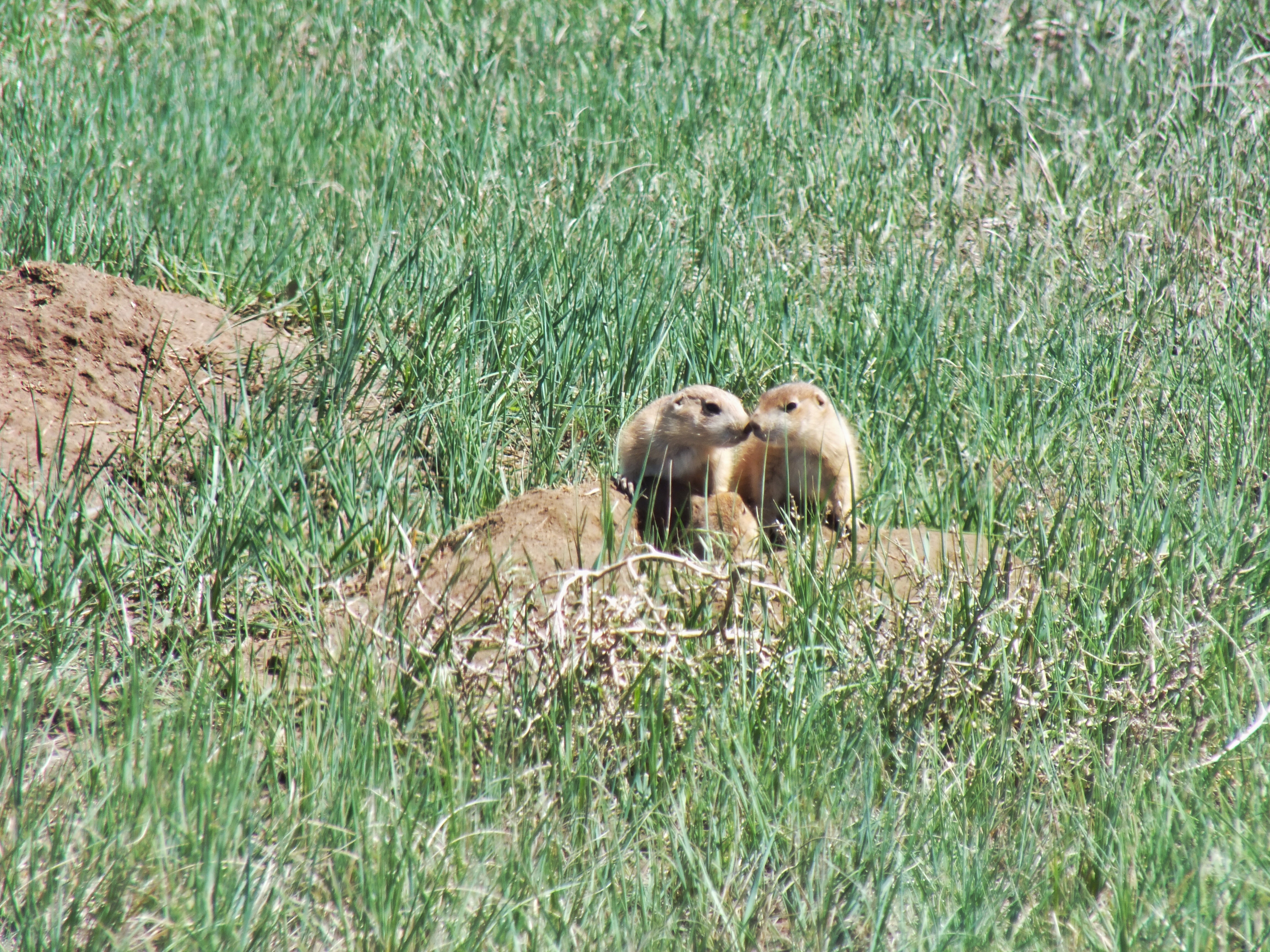 I’m not sure what this structure is. It looks like a place to observe explosions. There was a Horned Lark on the roof. 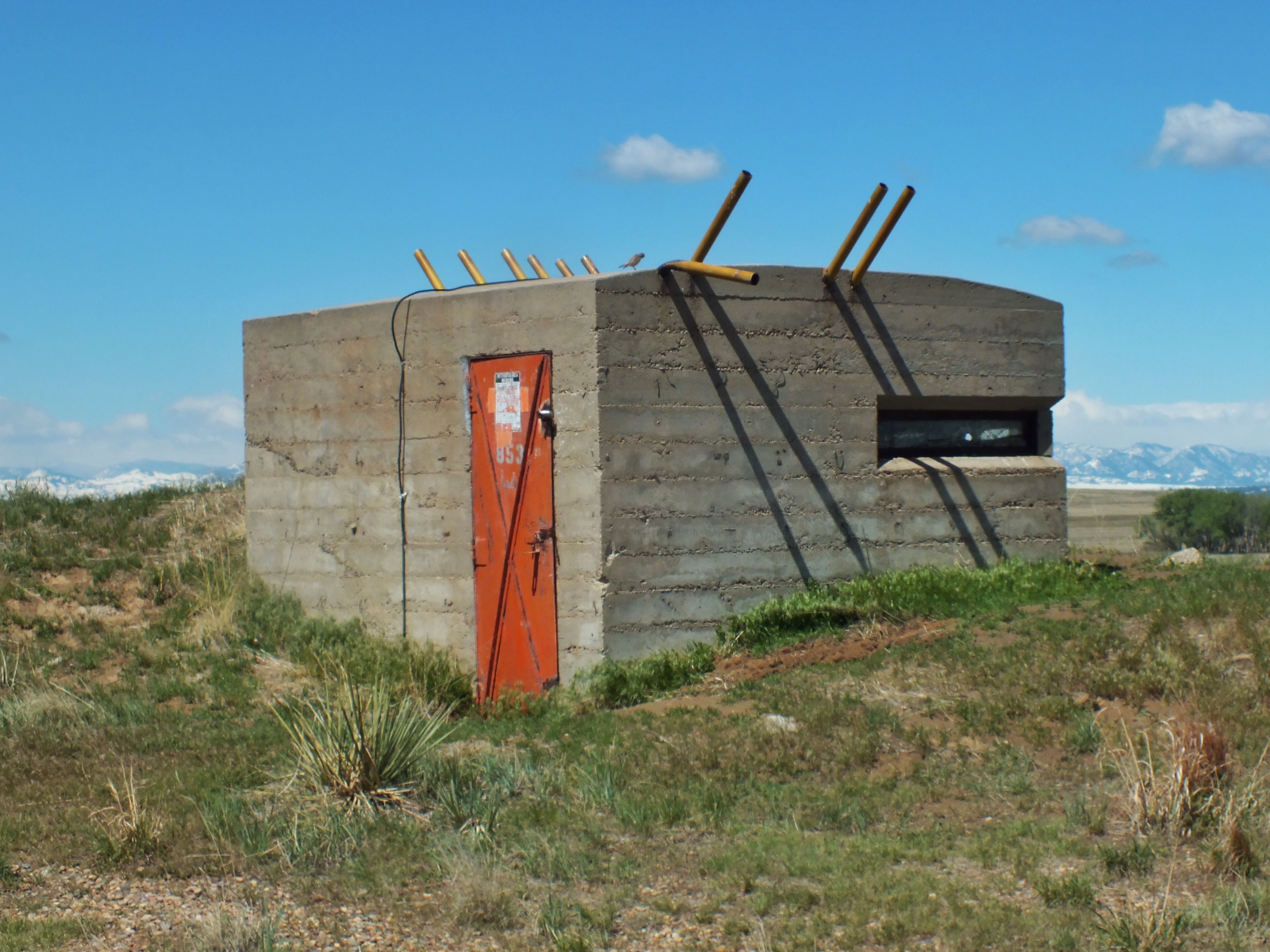 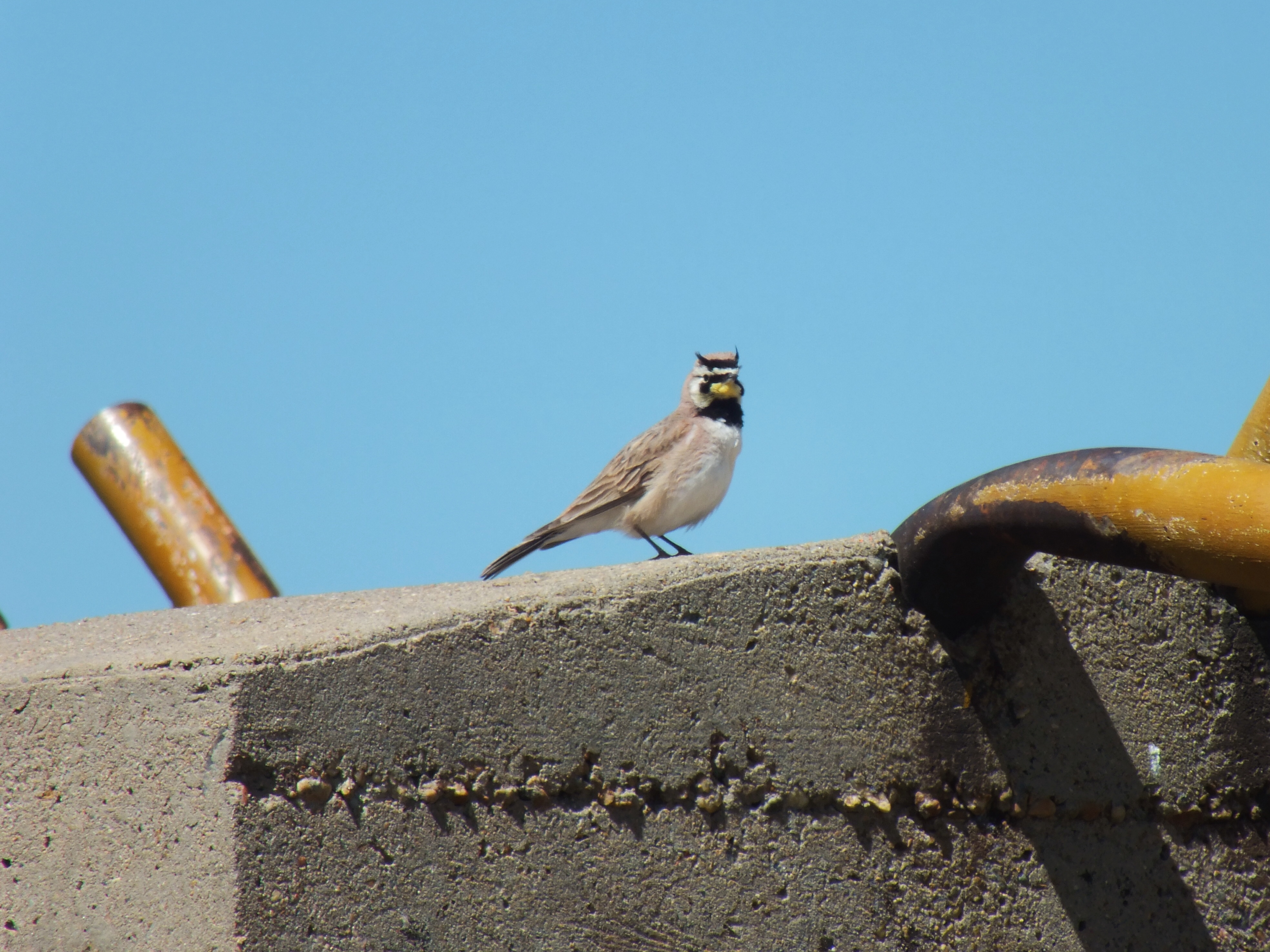 Western Meadowlark. There were a lot of them too. 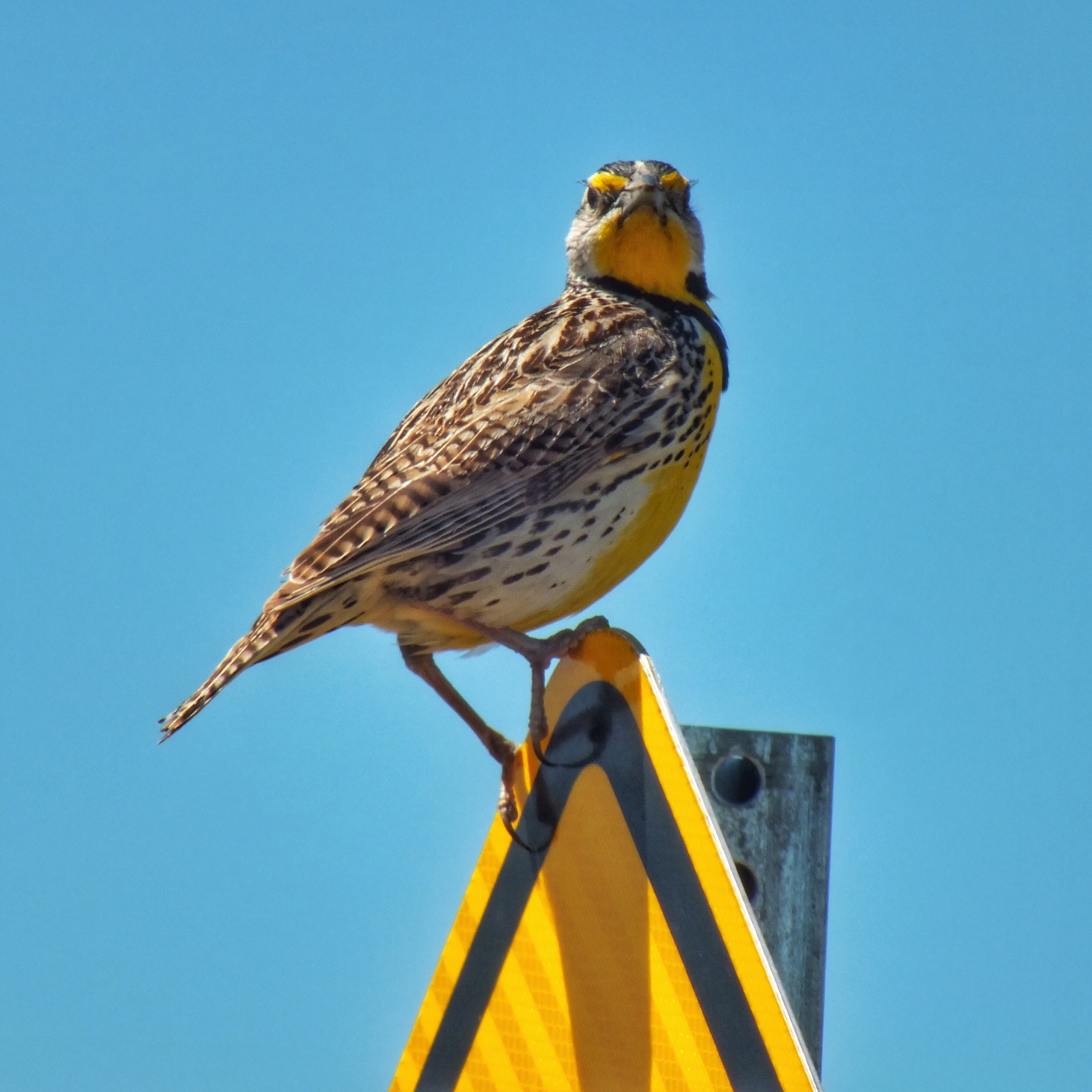 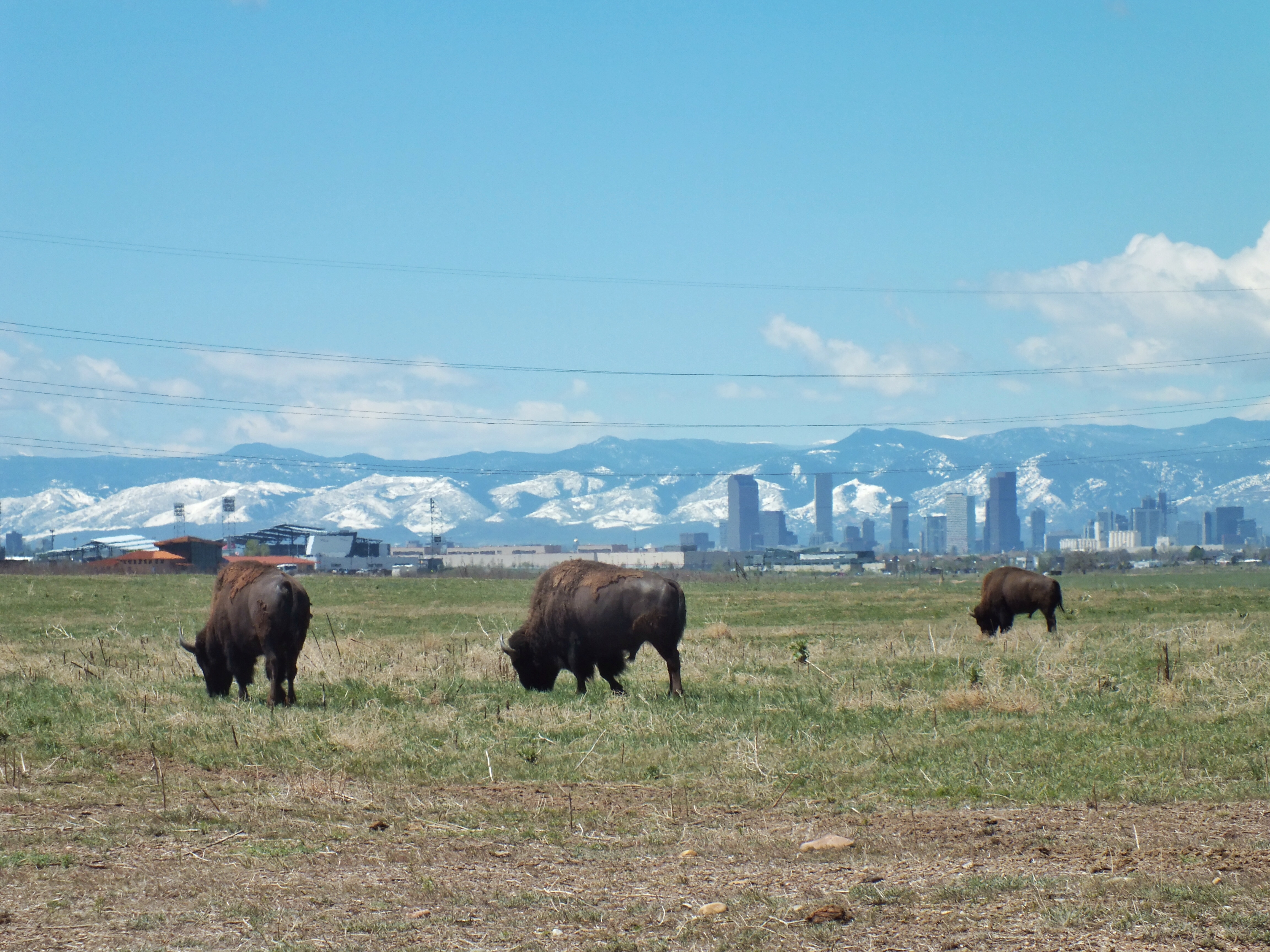 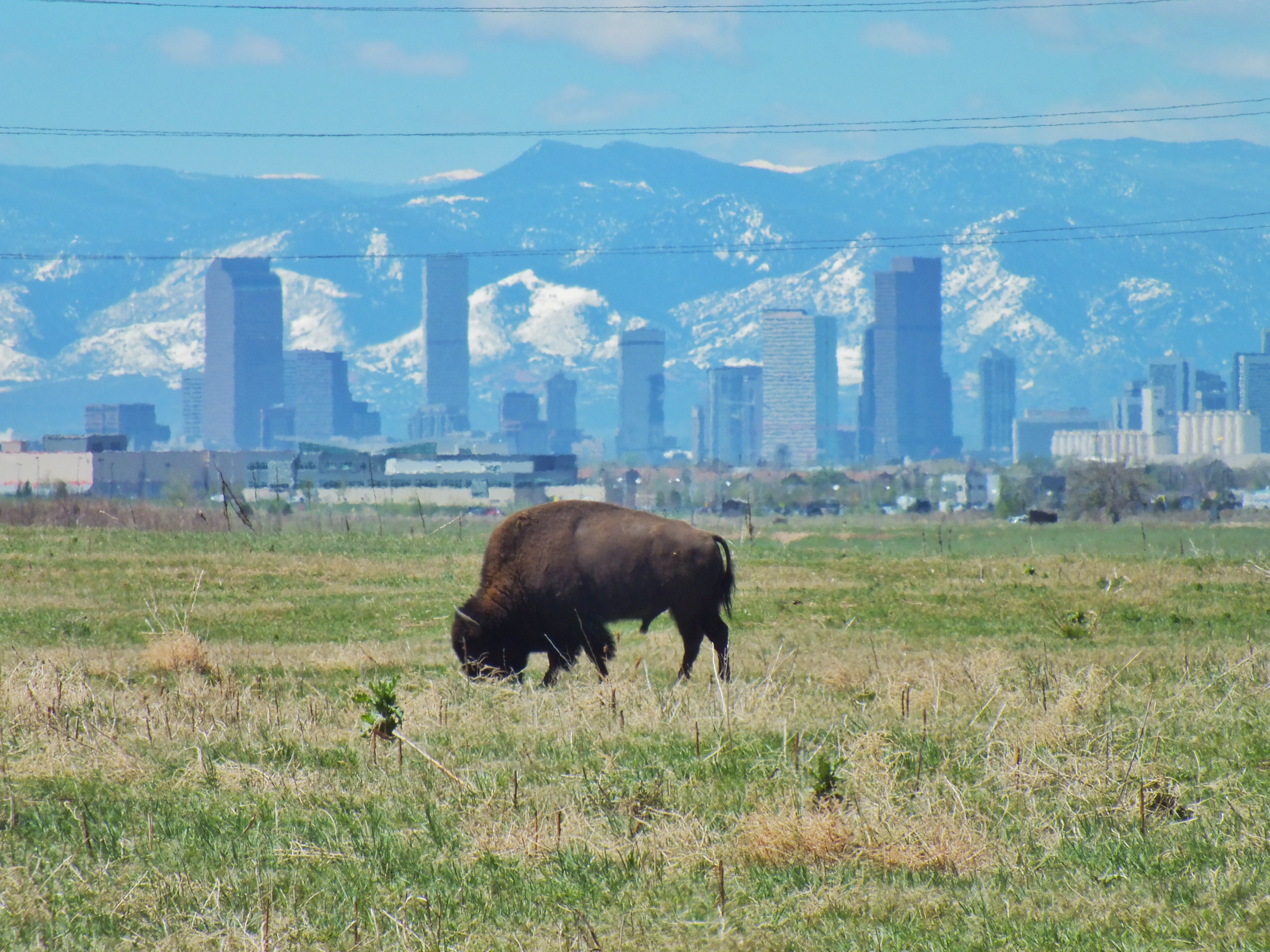 After we finished driving the loop, we parked by the lakes and hiked around one of them. 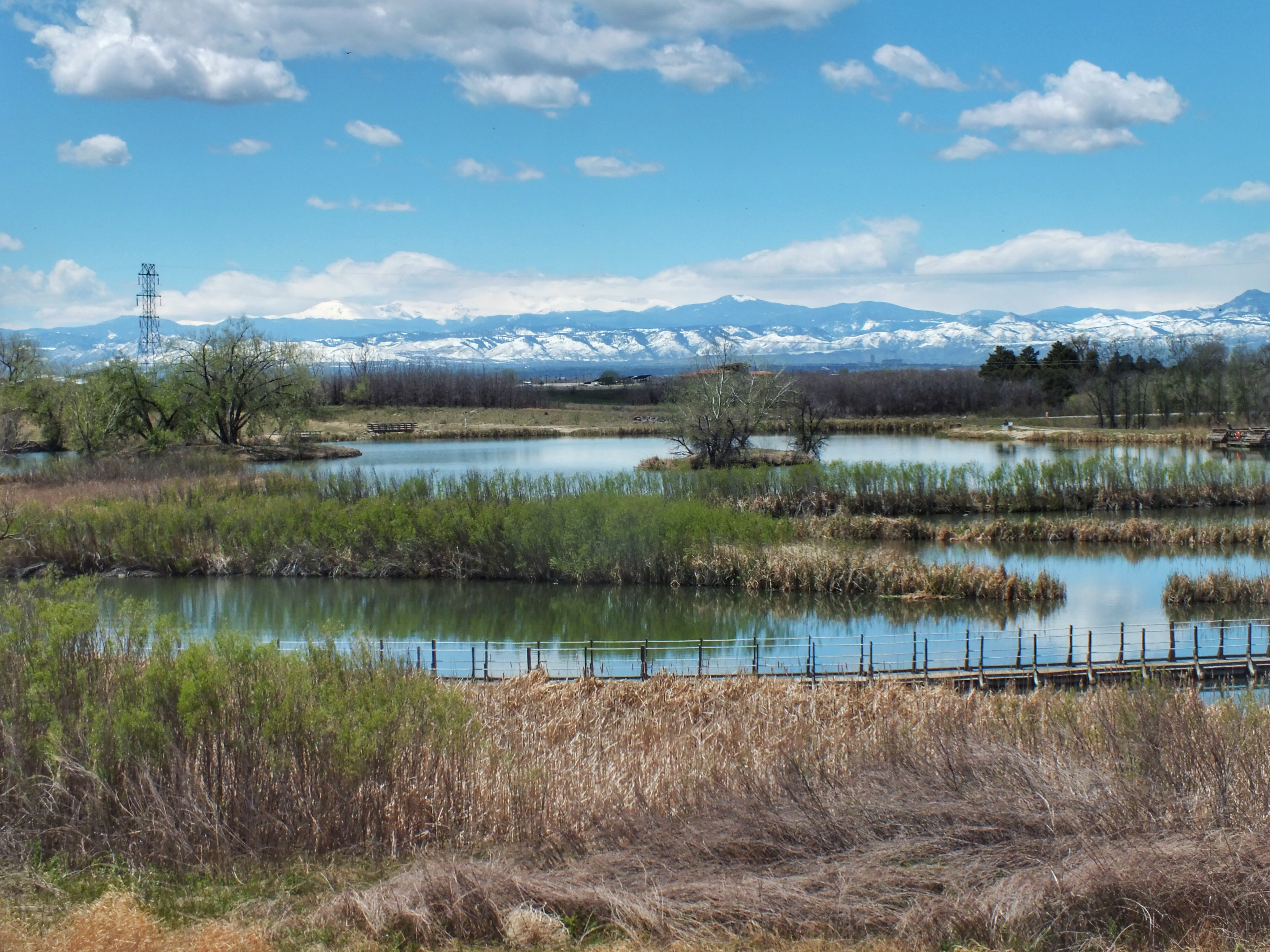 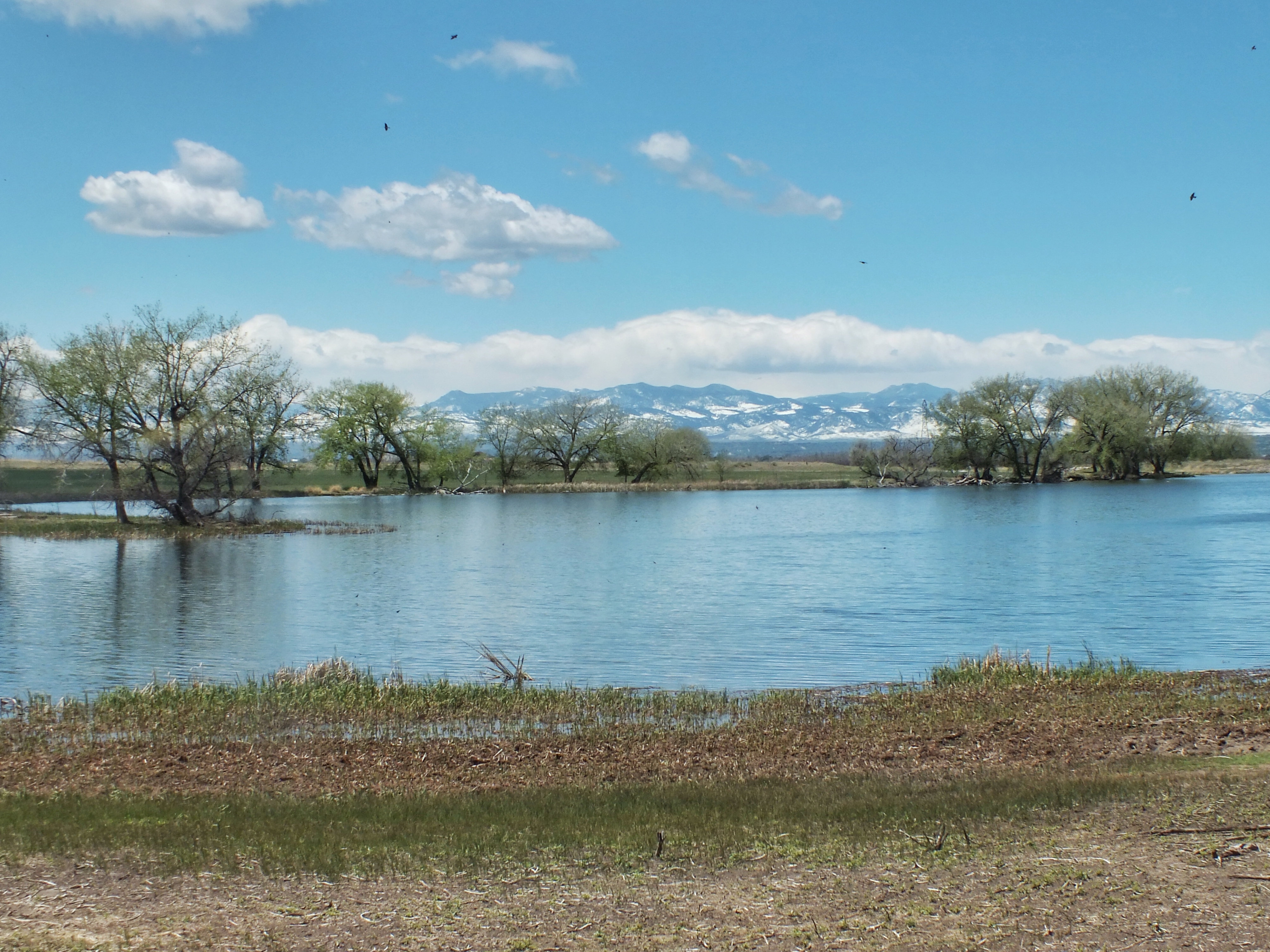 There were swarms of swallows everywhere. Most of them were Cliff Swallows, but I spotted a handful of Bank and Barns thrown in. 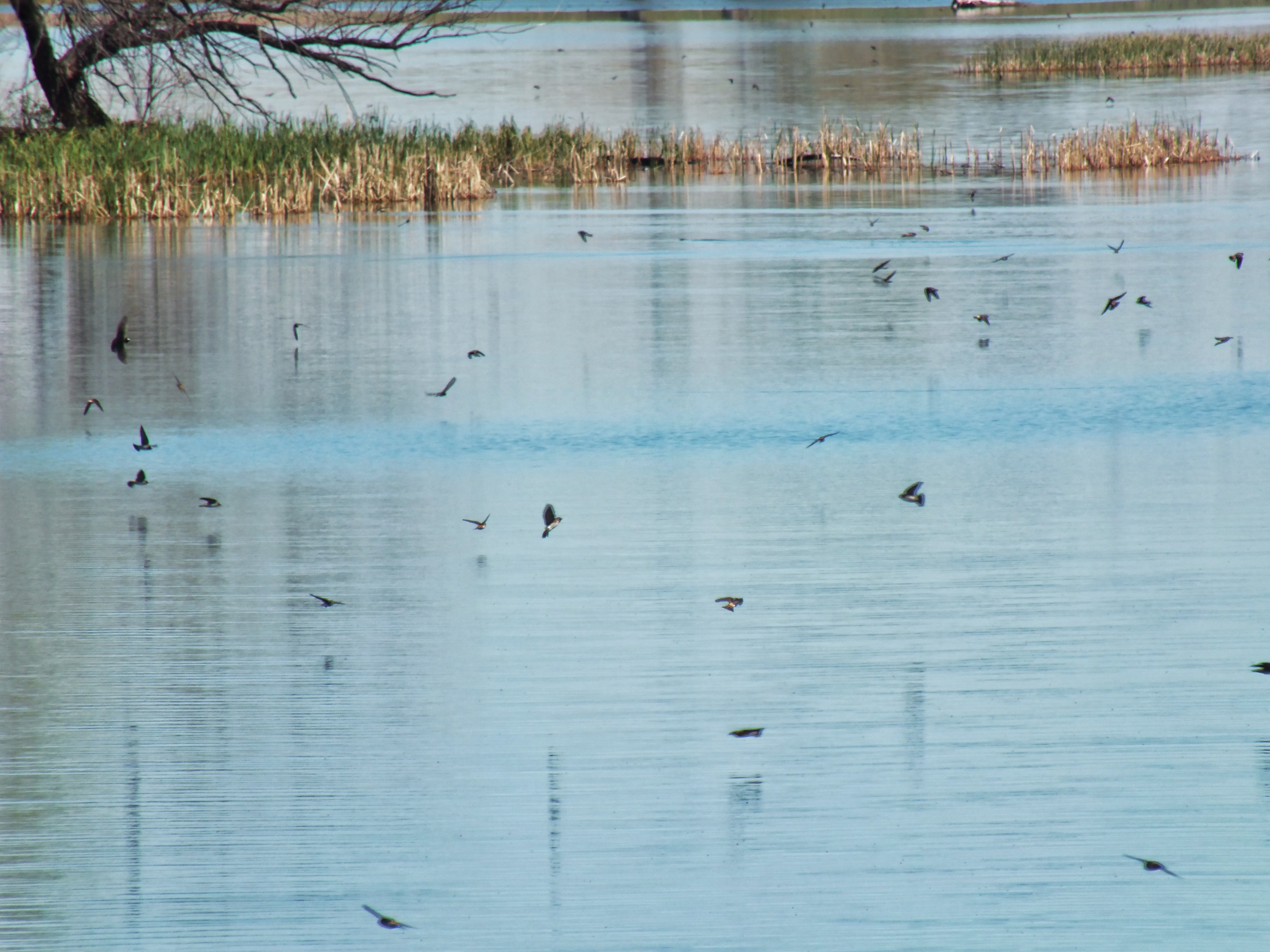 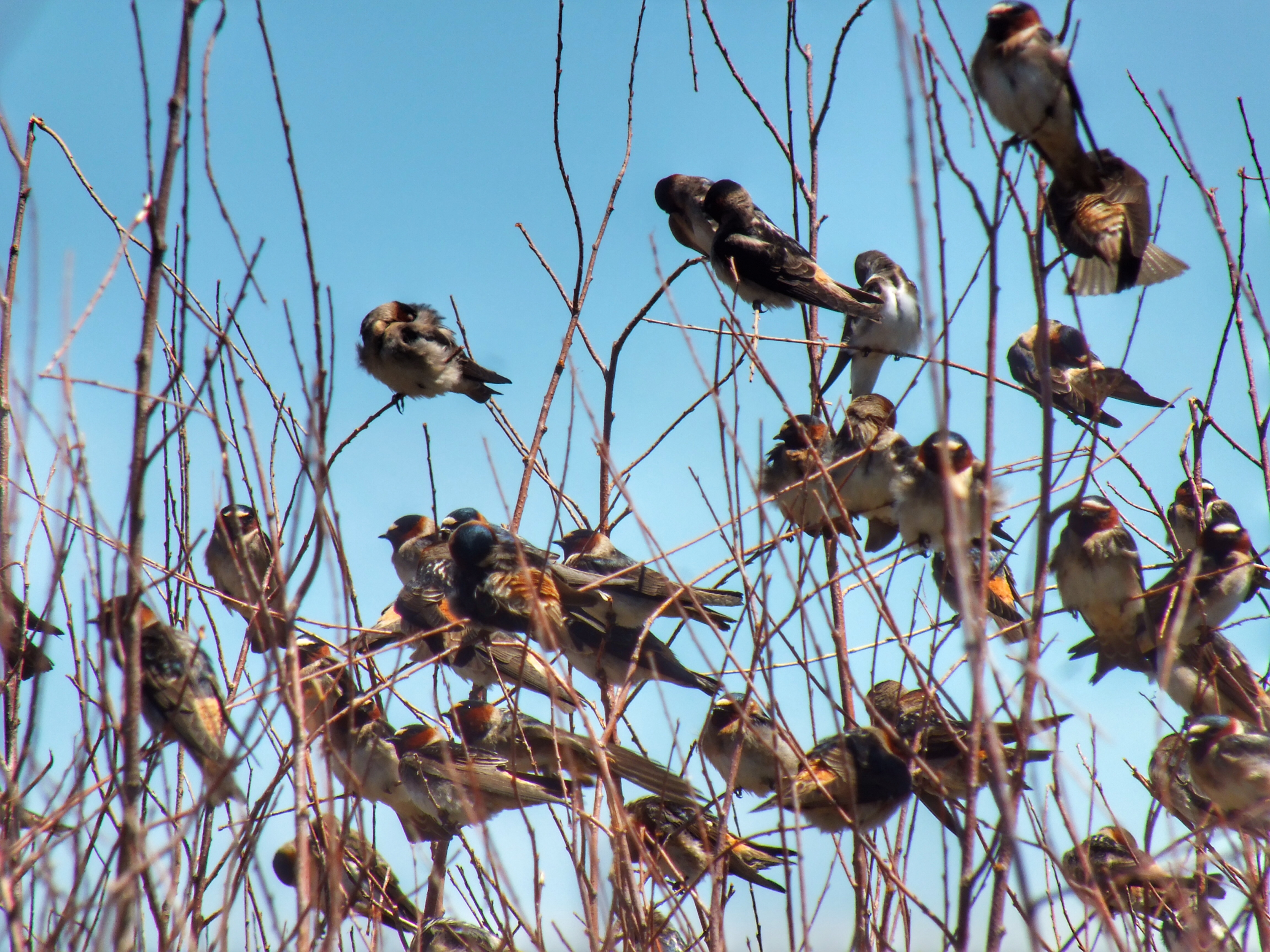 It was free to get in, and we rarely went more than 10 minutes without seeing some animal or bird worth looking at. Definitely worth the trip.