We had a late spring storm on the 18th that dumped several inches of snow on Colorado. The snow was still around on Saturday morning, and we knew the mountains would be wet and muddy at best. So we decided to do our Saturday exploring in Denver.

We ate breakfast at the Denver Biscuit Company. There are several locations, but the one we visited was in the Stanley Marketplace, a food court/mall built into what used to be the Stanley Aviation manufacturing plant. 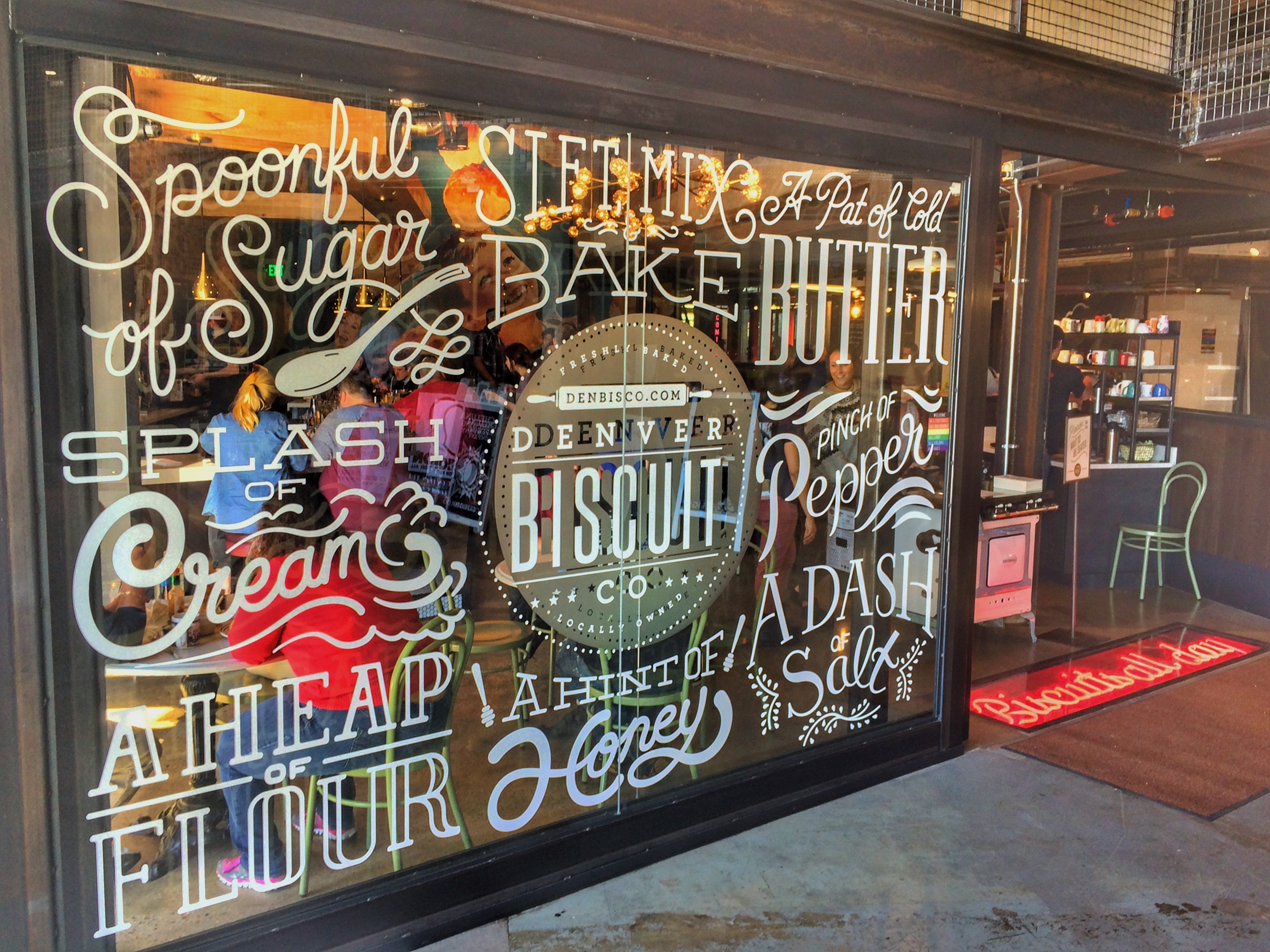 We both ordered bacon and eggs with a biscuit on the side. My wife got strawberry jam and I got raspberry. Both were tangy and better than usual jams. We also ordered a biscuit cinnamon roll. It came late, so we got it to go, which was fine because it was huge (and tasty). 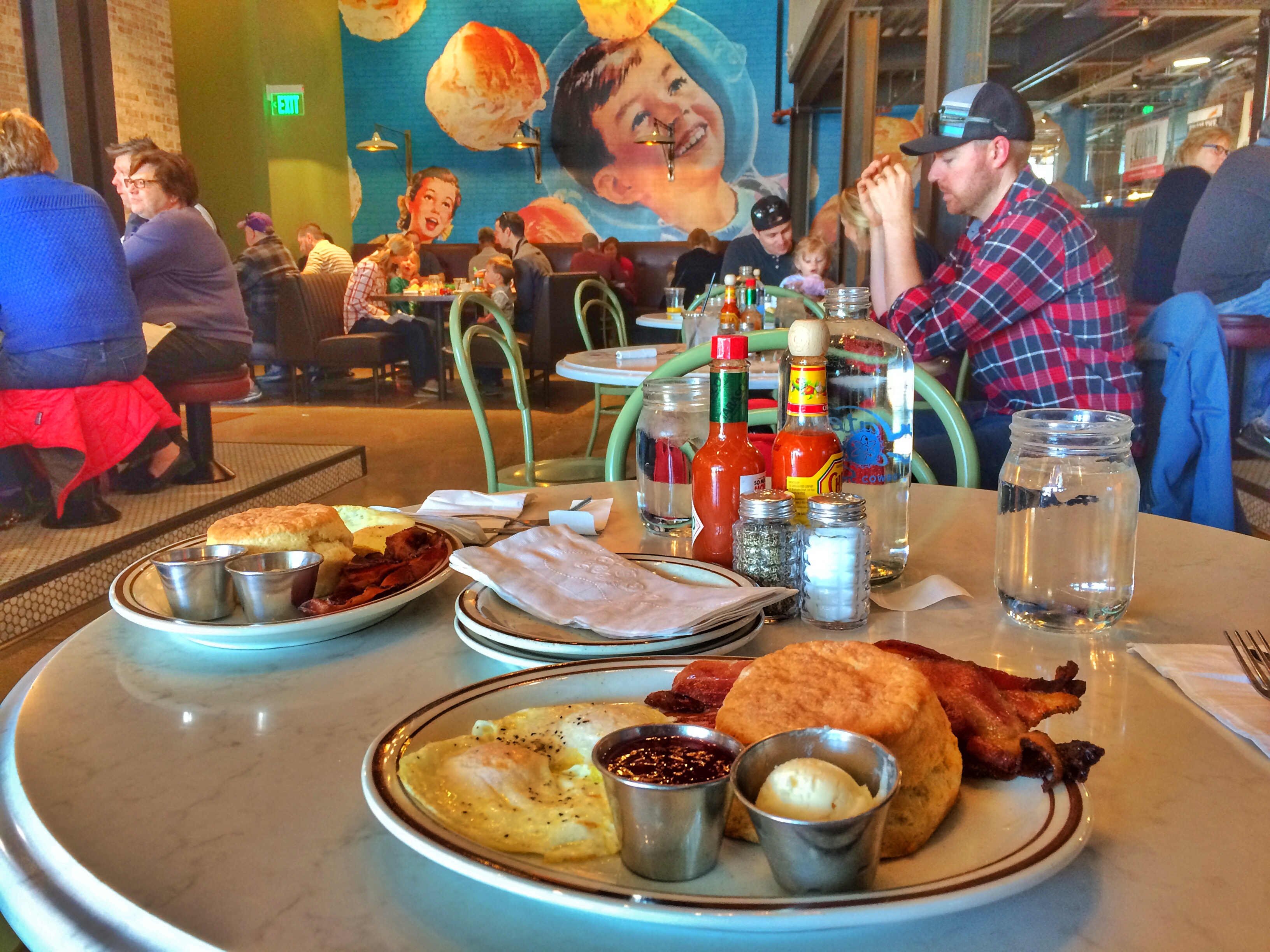 We walked around the mall a bit after we ate, but this art exhibit was the most exciting thing we saw. 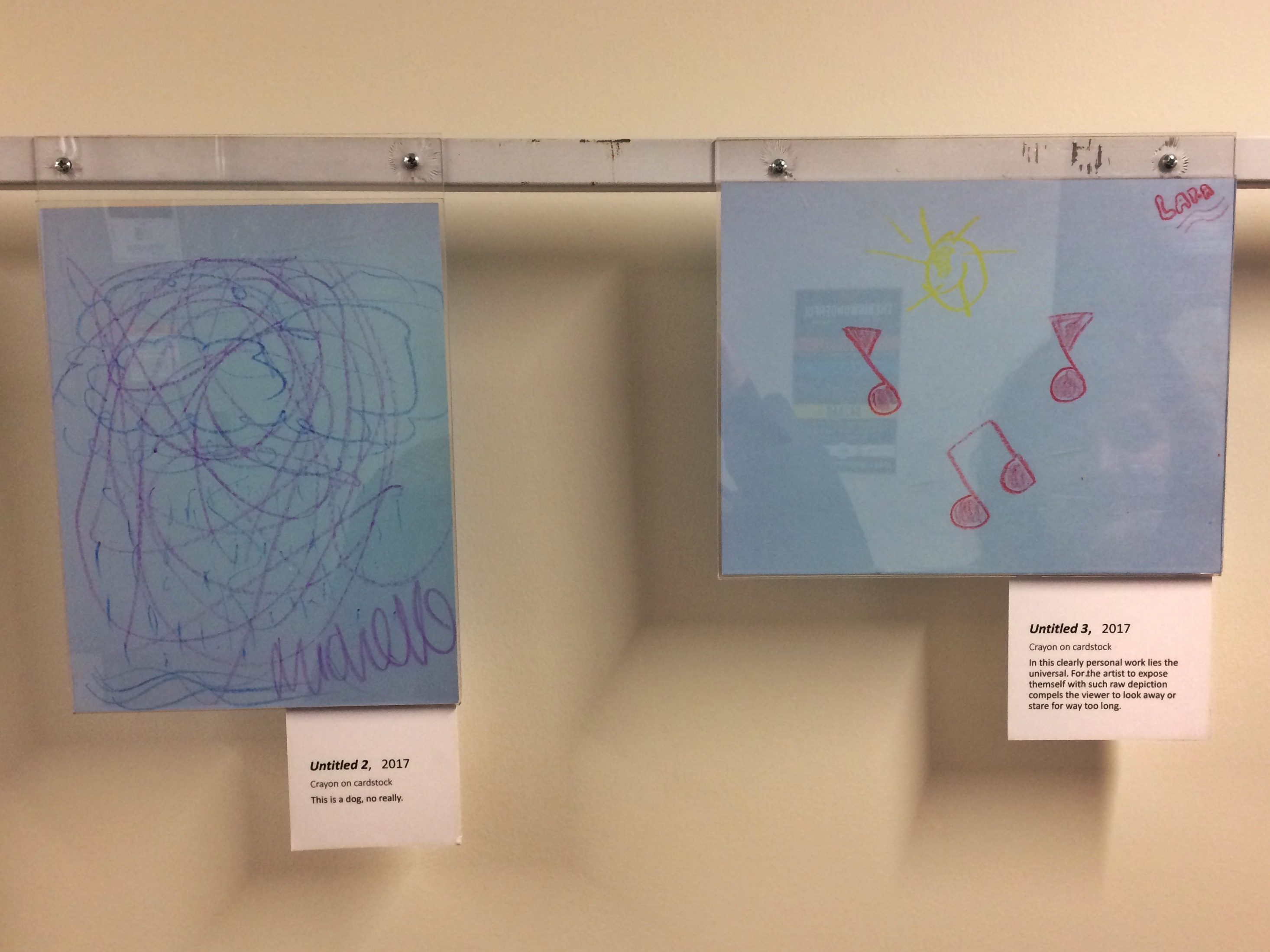 After our exploring, we headed to Little Man Ice Cream. It was a popular place — the line extended for half a block and I had to circle several blocks several times before I found a place to parallel park. It took us about 30 minutes once we joined the queue. 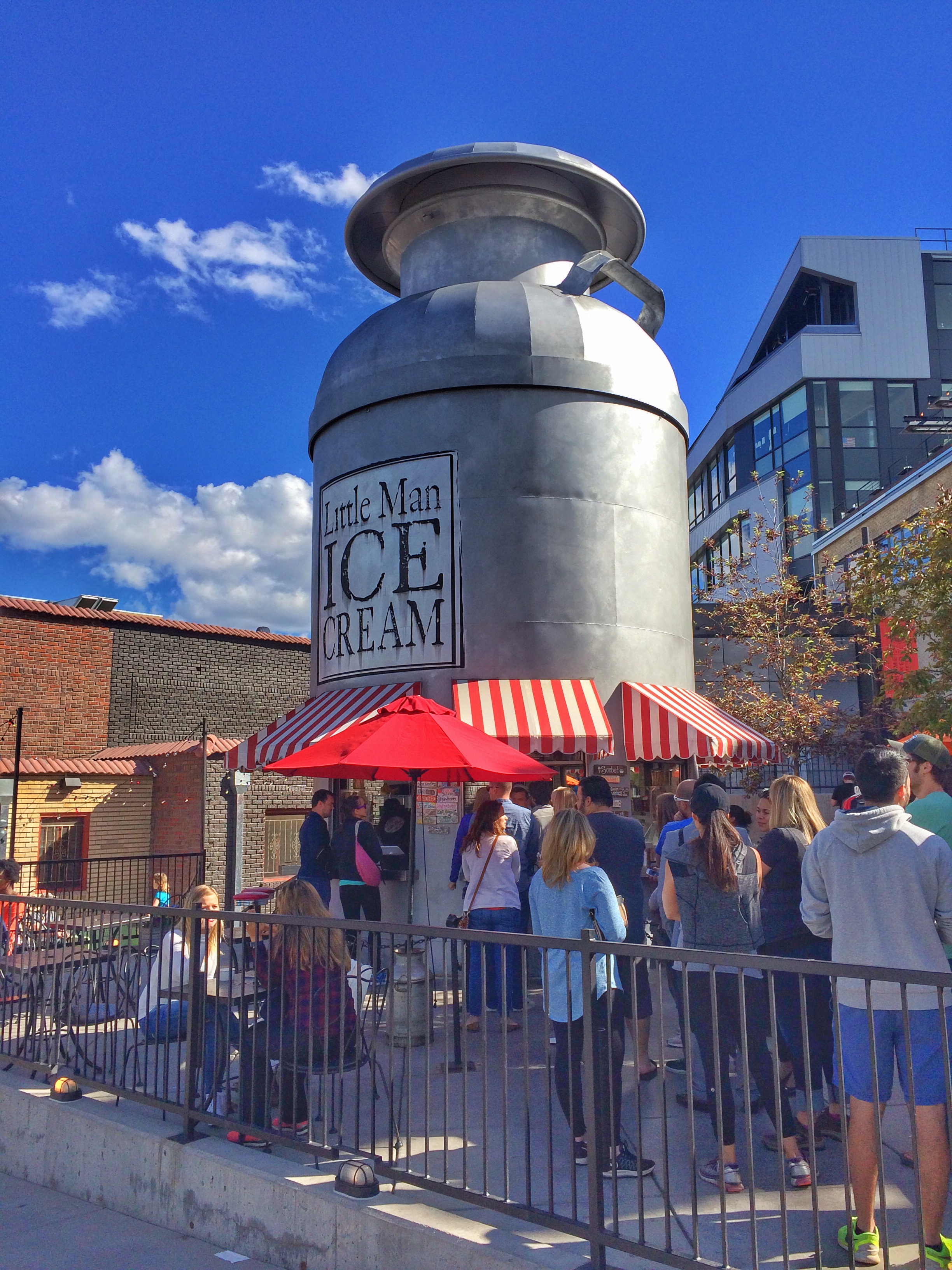 I had chocolate in a waffle cone and enjoyed it. My wife had the honey almond and wasn’t thrilled (Of course. You can’t combine two disgusting flavors and expect something good to come of it.) 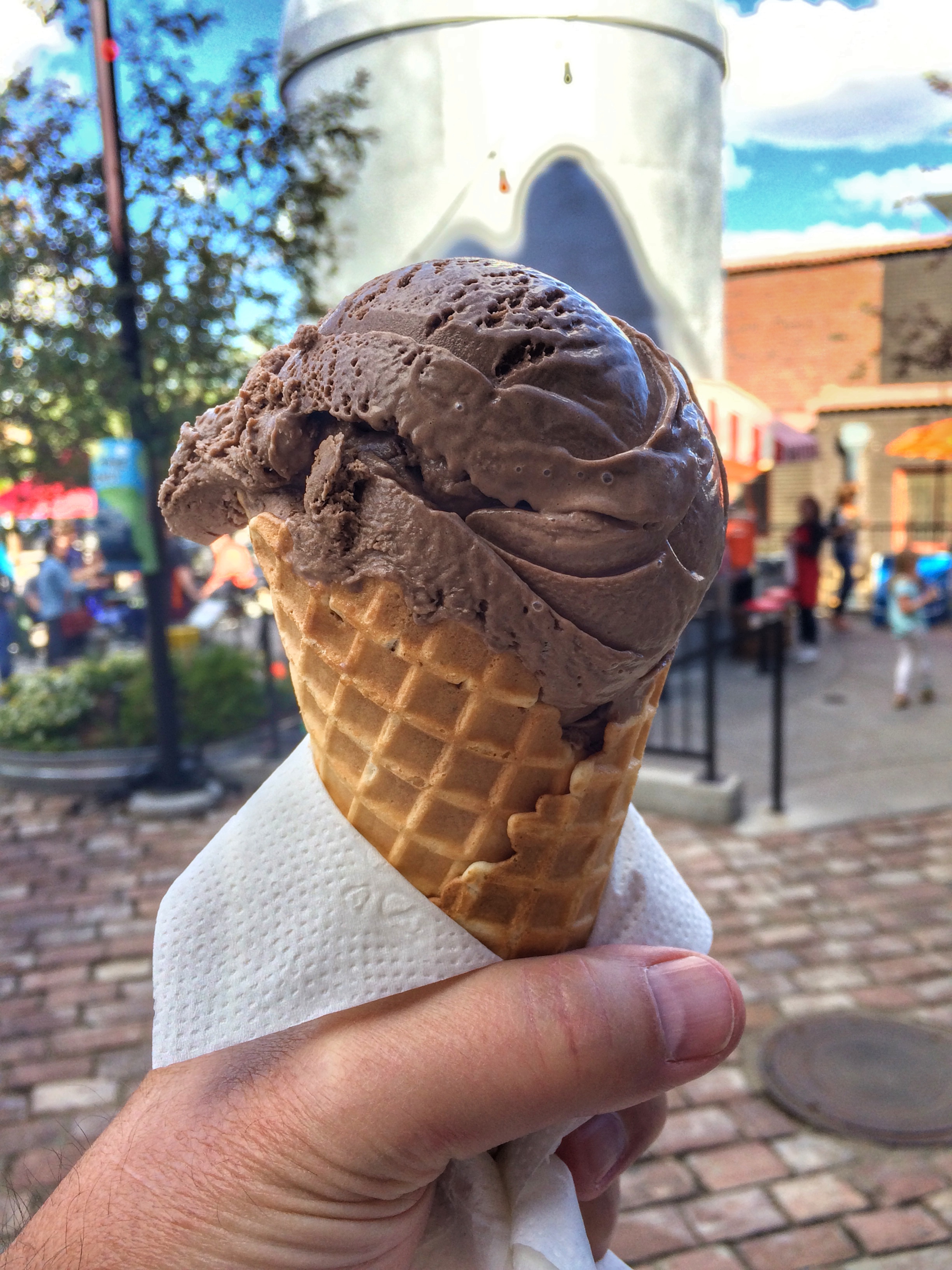