I’ve been told this place has the best hamburgers in Colorado Springs. I was downtown today in search of lunch, so I stopped in. 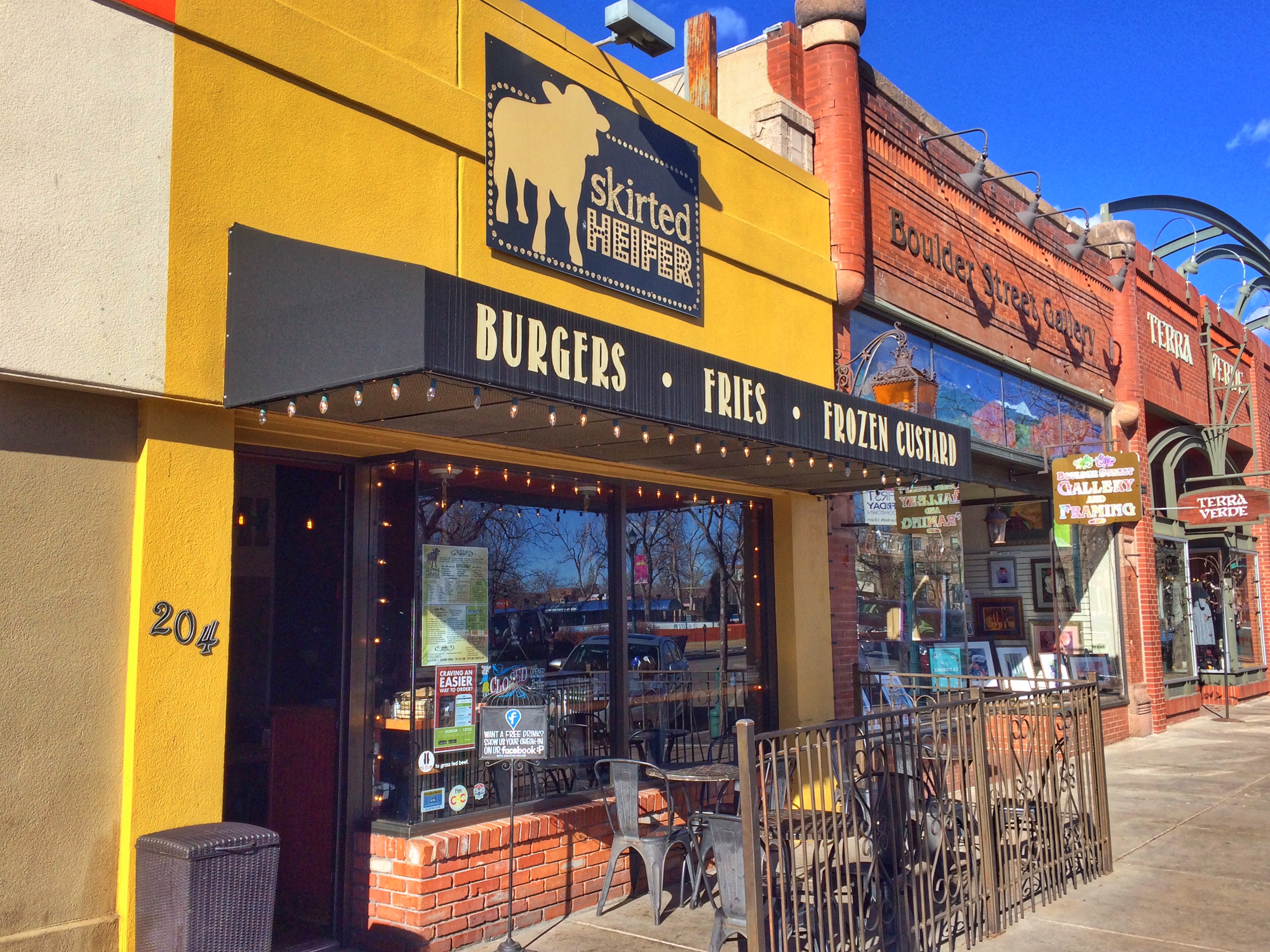 There are only six tables, seating 16 people, and six stools by a counter along the front window. 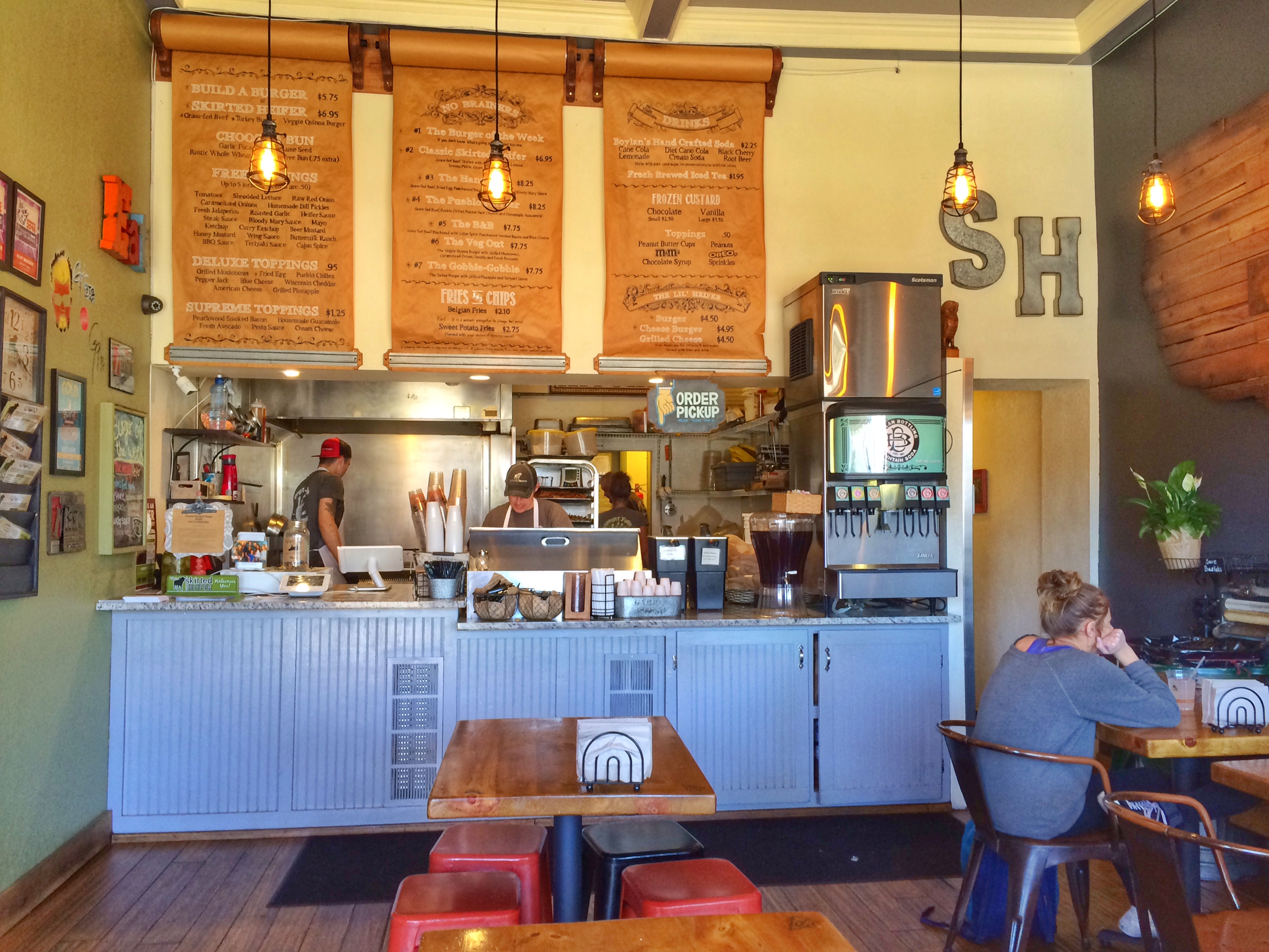 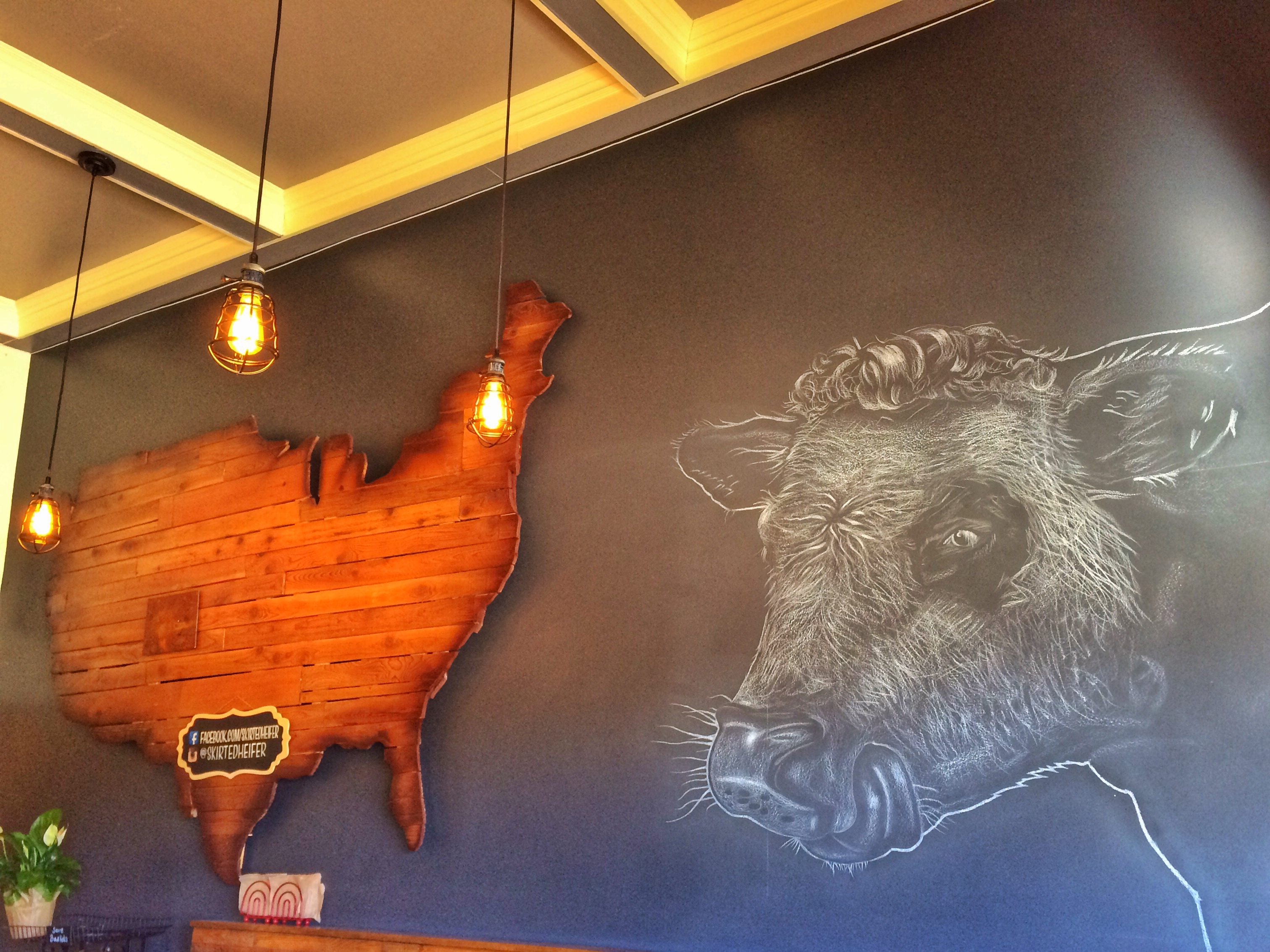 I grabbed a stool by the window. When my food came, I discovered what “skirted” meant. That’s the cheddar cheese sticking out all around the bun. 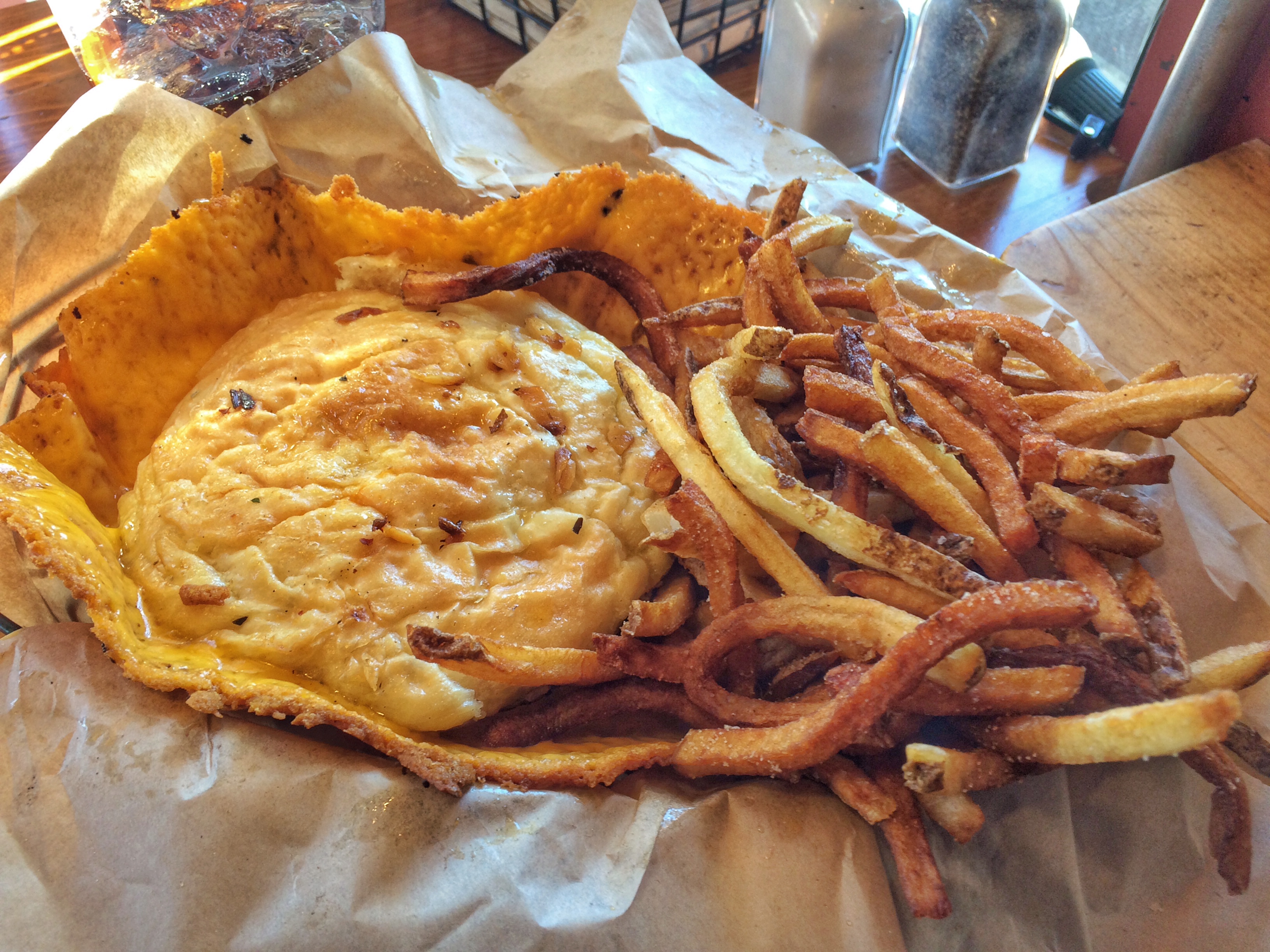 The place had a cool vibe. It even had a woman half my age who took my order and called me “Sweetie,” and “Roger Dodger.” The fries were delicious. Unfortunately, the burger was not. The cheese was pretty good, but the burger itself was dry and tasteless in spite of the other ingredients. I didn’t even finish it, which may be a first for me.

It’s possible I just happened upon the rare bad burger. I may give it another shot sometime. But for now, I’ve got to think there are better burgers in the city.