I spent a couple hours on a hazy afternoon exploring Pulpit Rock Open Space. Here’s the rock from the parking lot. 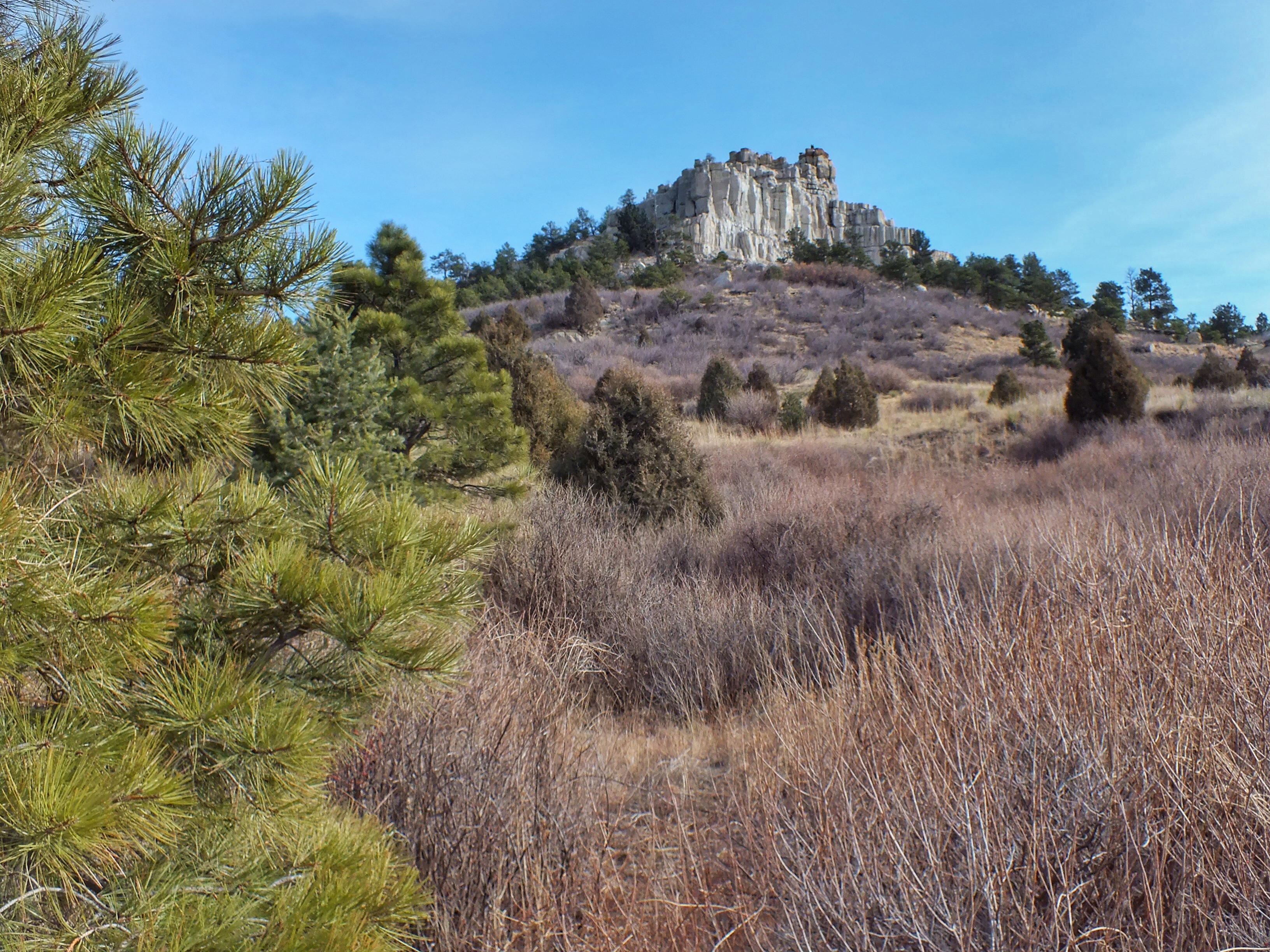 About twenty minutes later, I took this shot of the parking lot from the top of the rock. My car is the silver one on the left side of the small red lot by the pole. 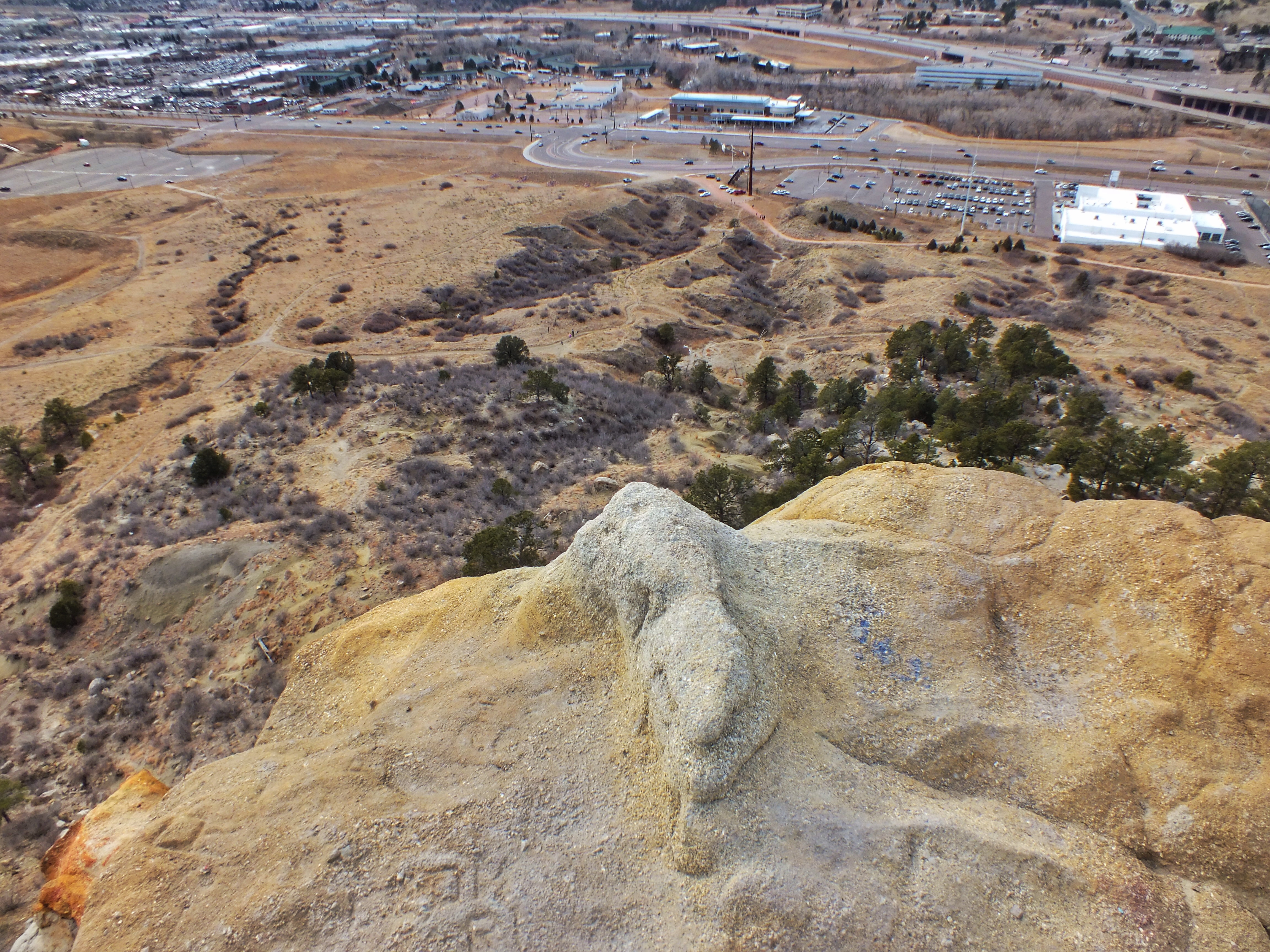 Here’s what the top looked like from the almost-top. 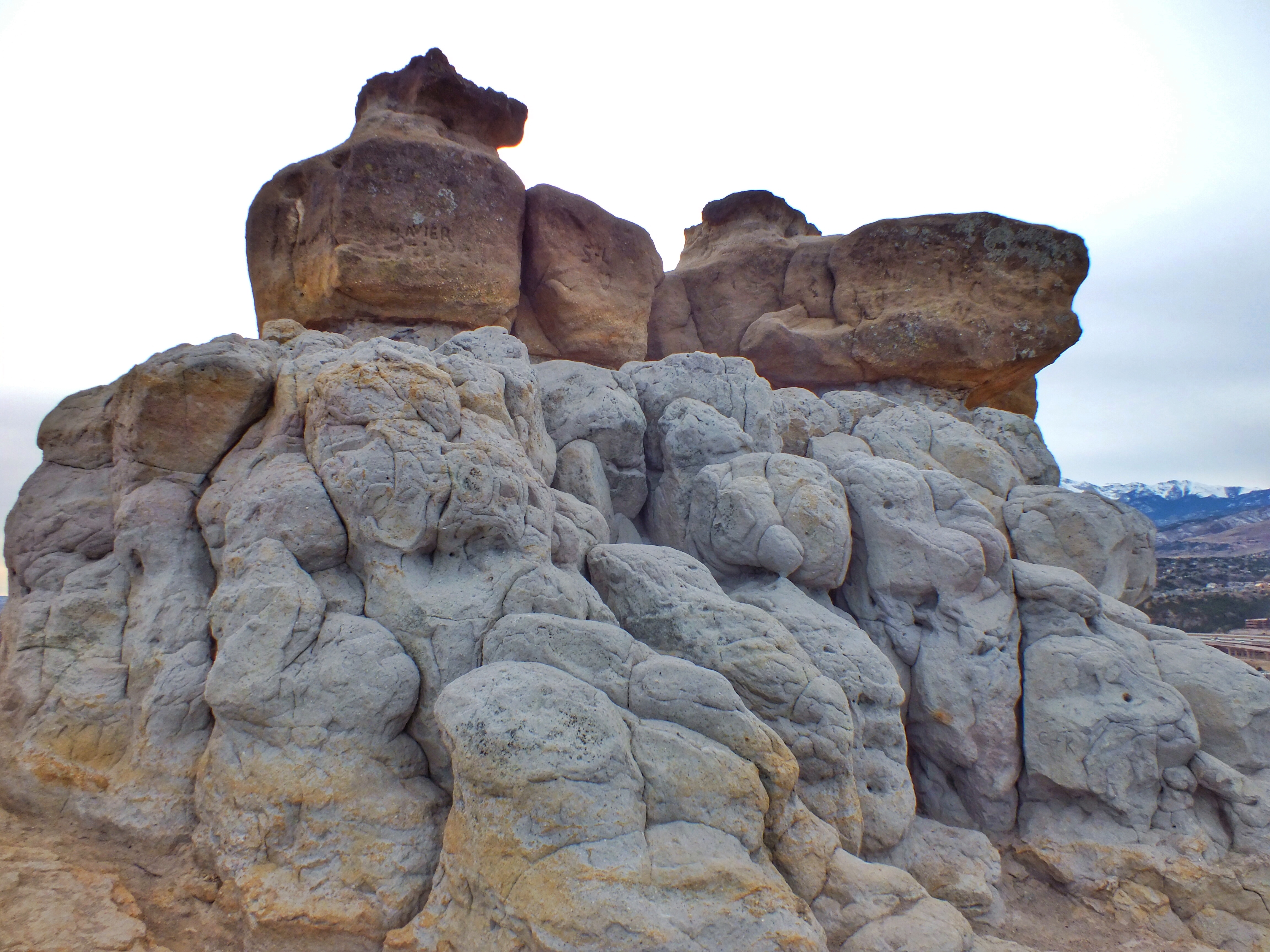 It was a little tricky to clamber up, especially when I got to the brown rocks, but I managed to get up and down without a crisis. Here’s another shot from the top looking north. 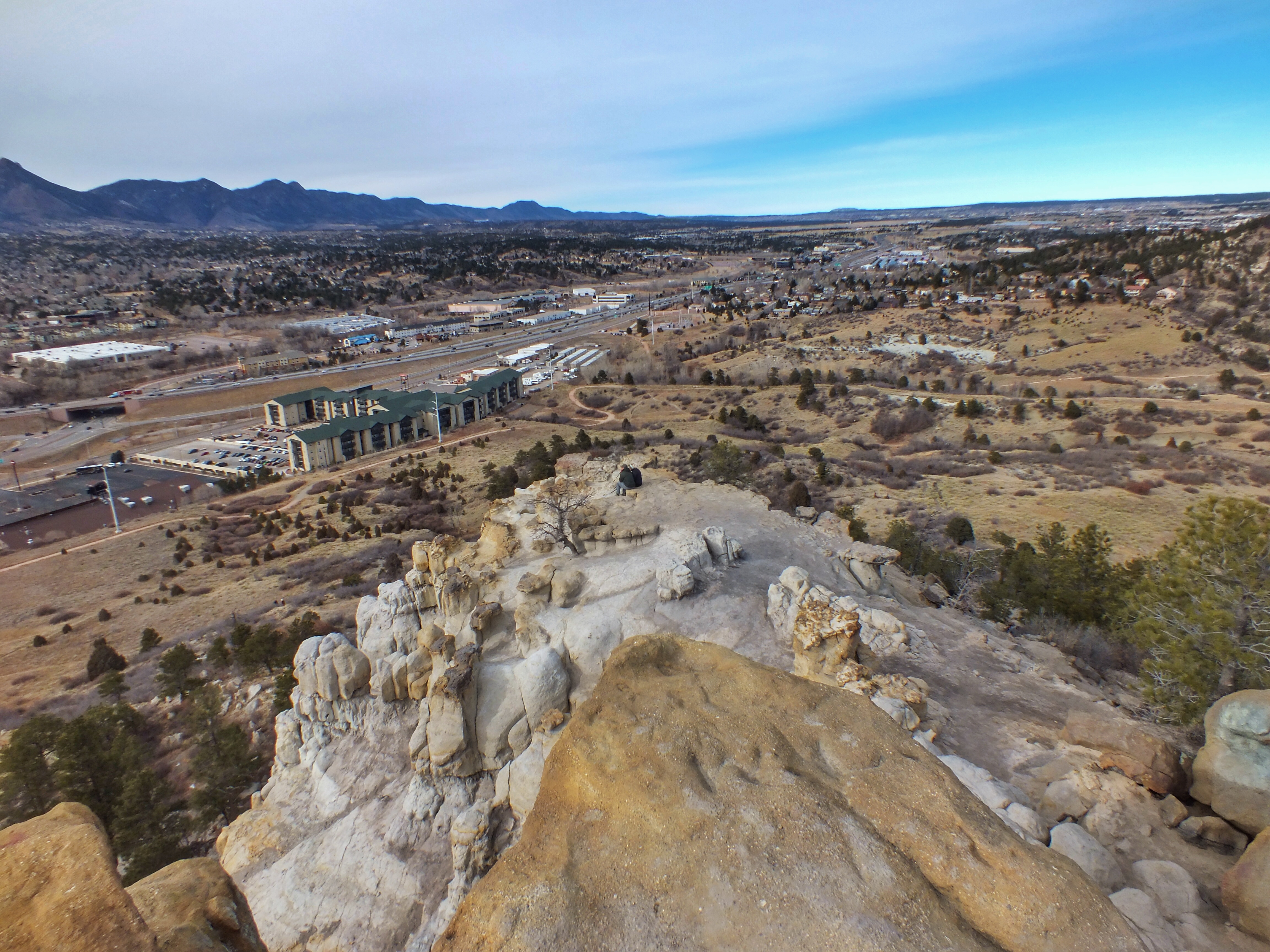 Looking north and east along the spine of the hill.

Looking east and south, with Cheyenne Mountain in the distance. 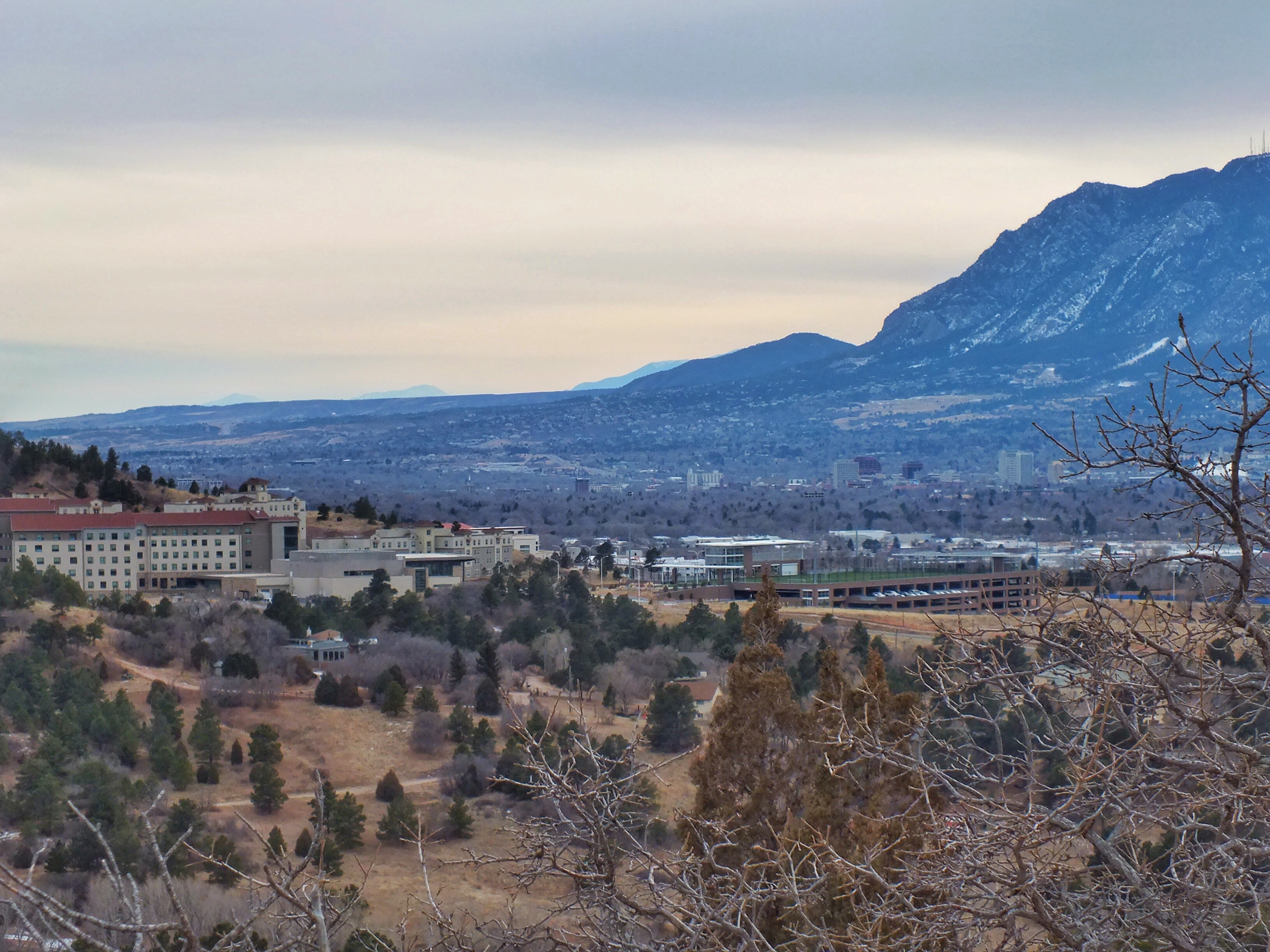 I explored the top of the hill, which was loaded with rock formations. 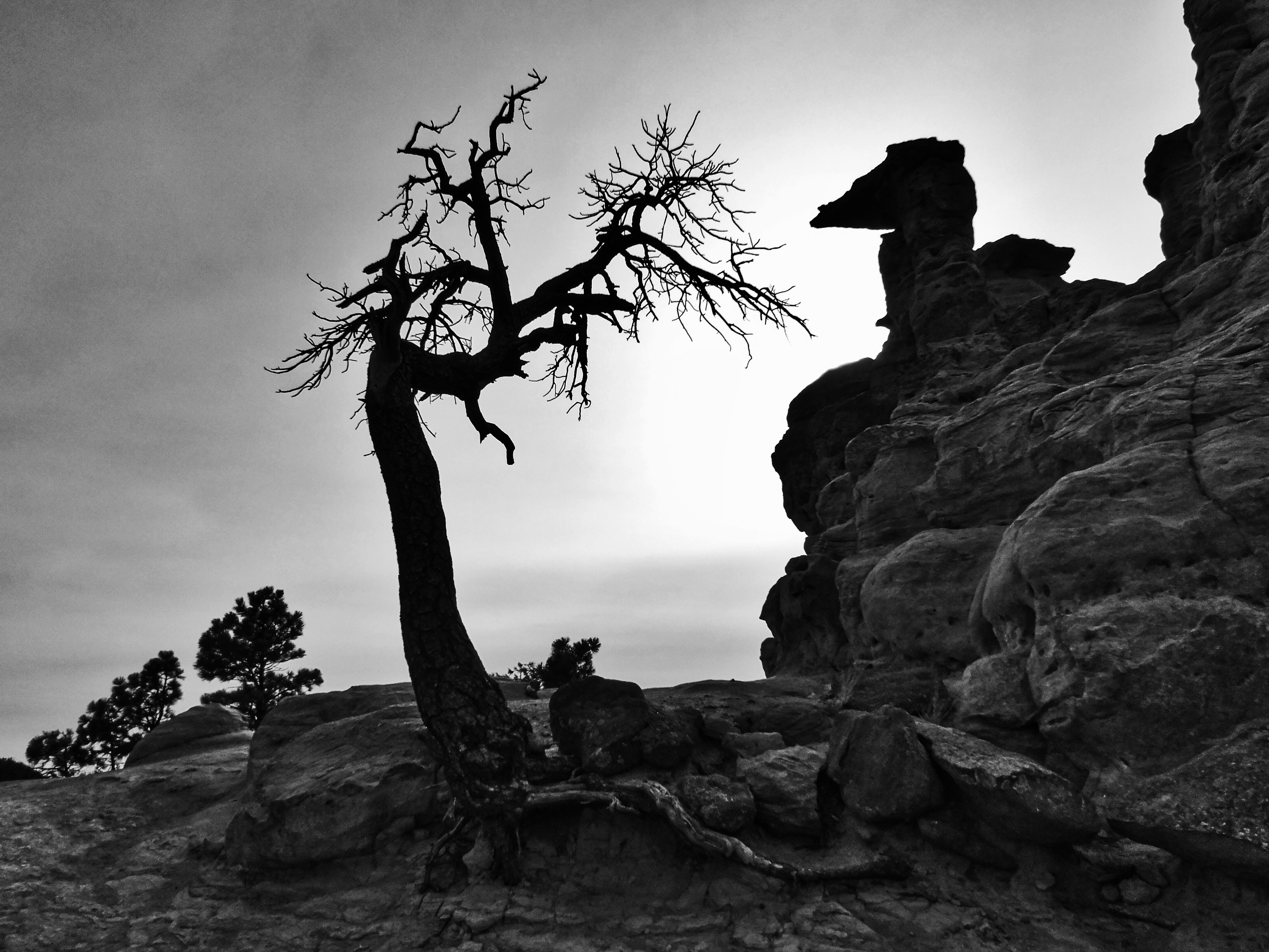 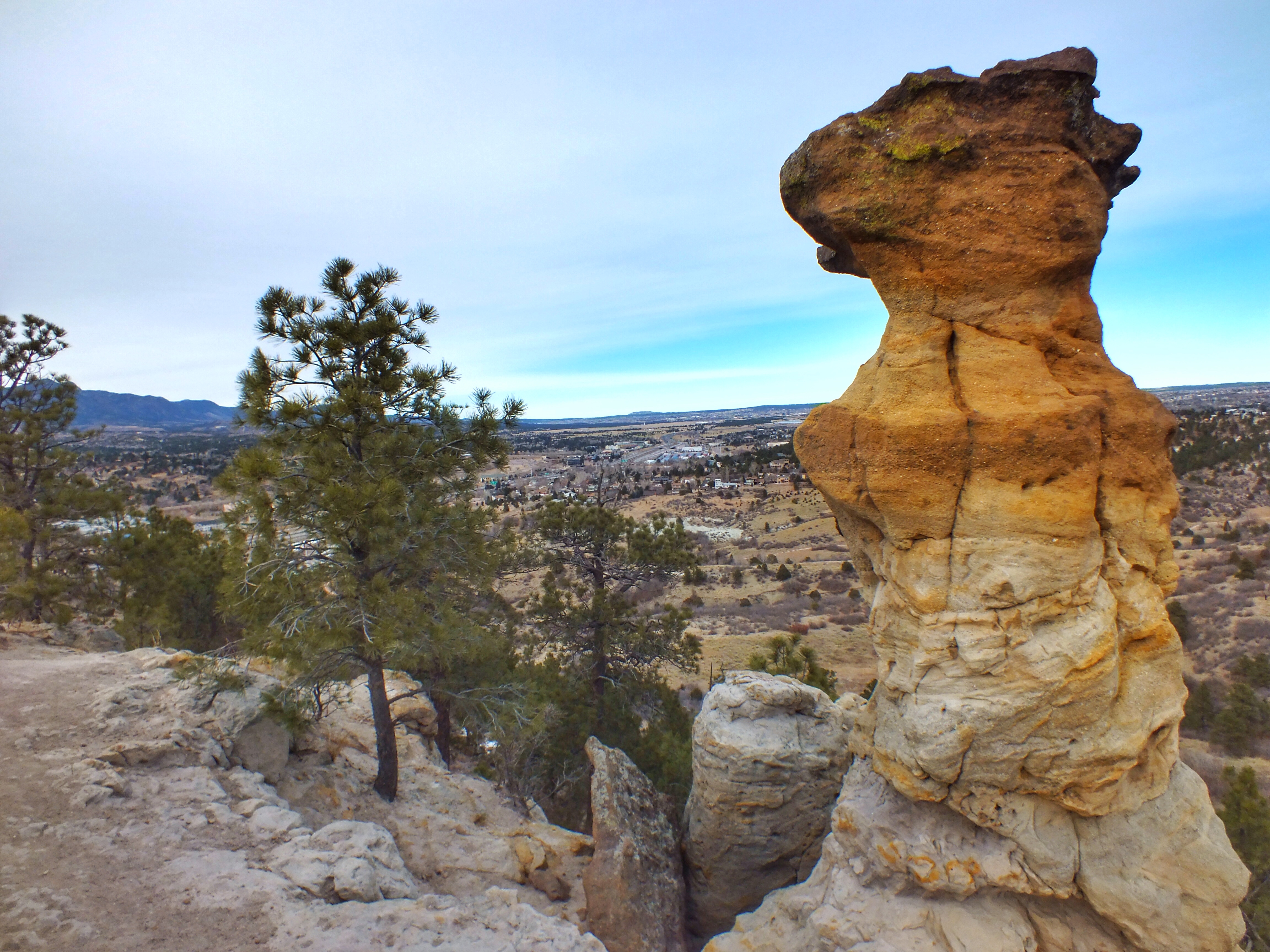 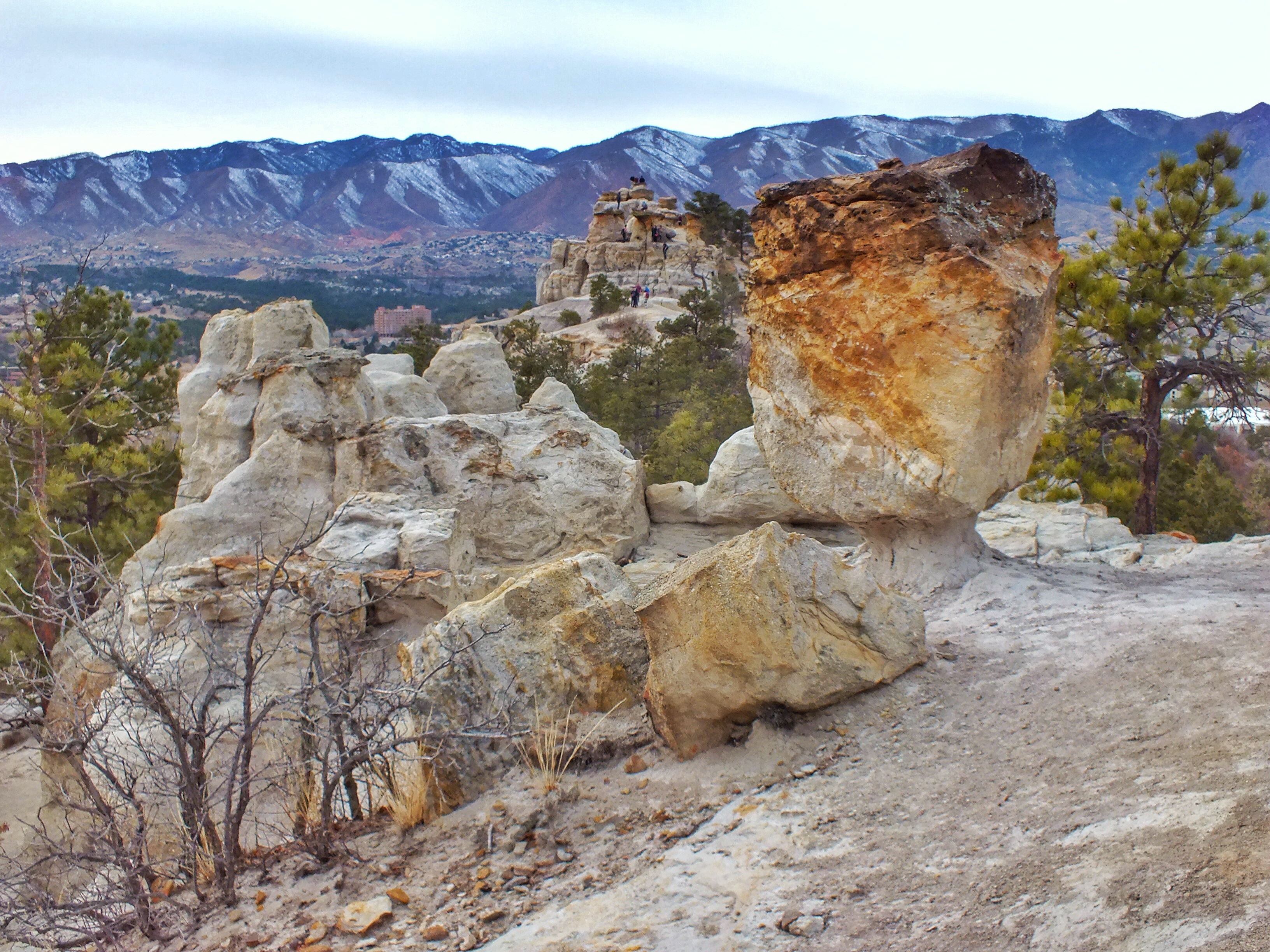 That’s the top in the foreground. The guy in the red shirt is standing where I took the photos above. 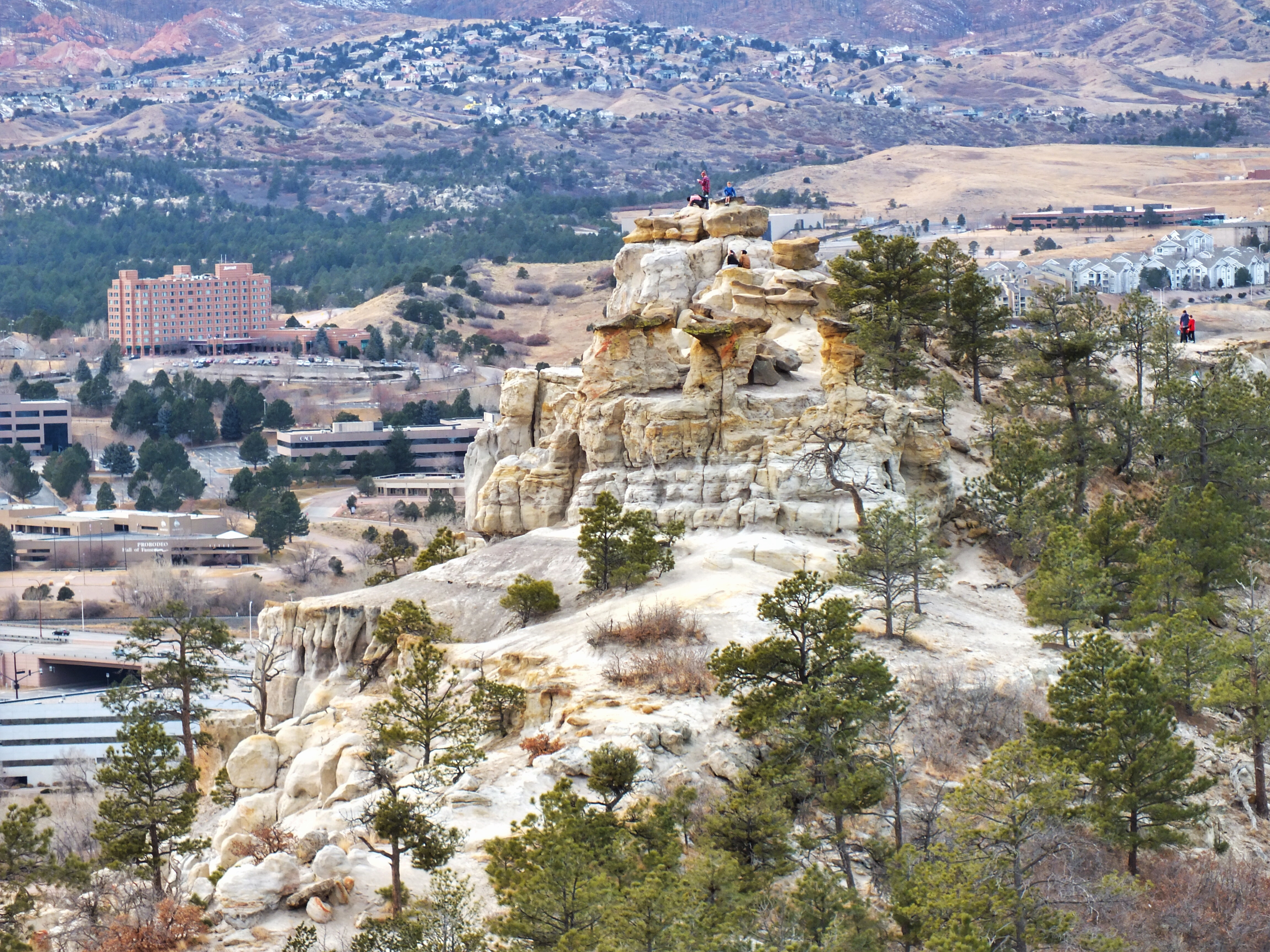 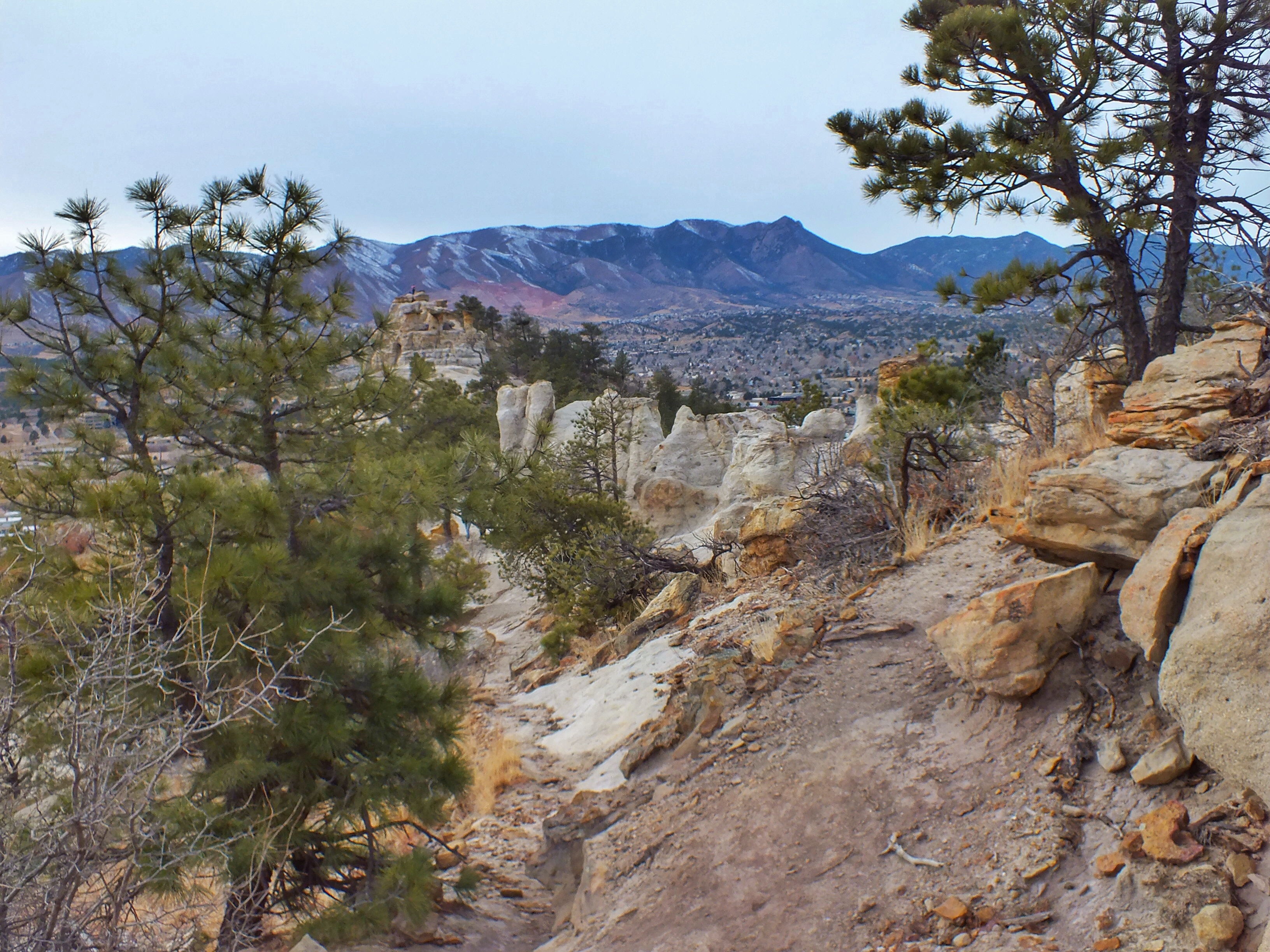 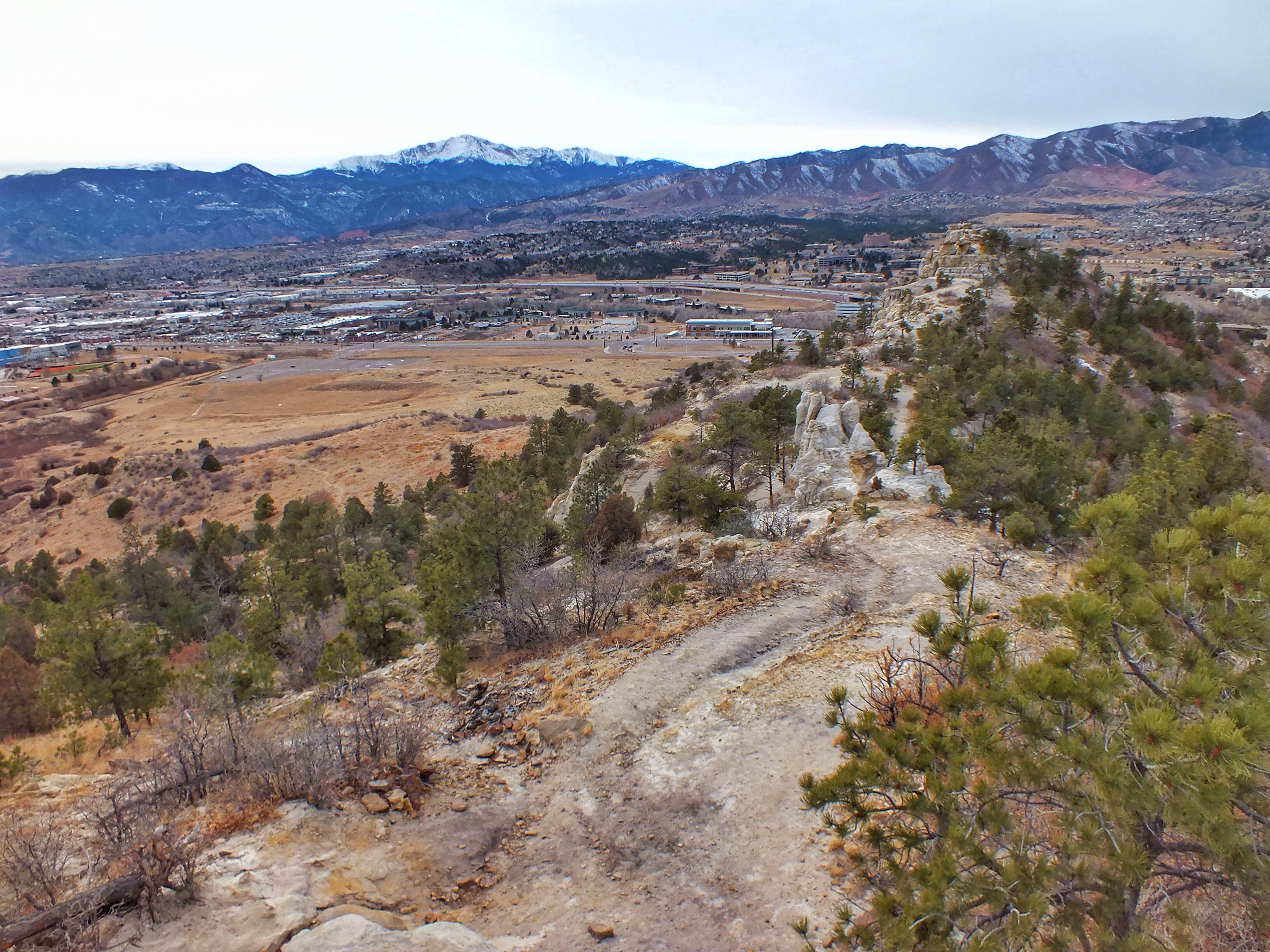 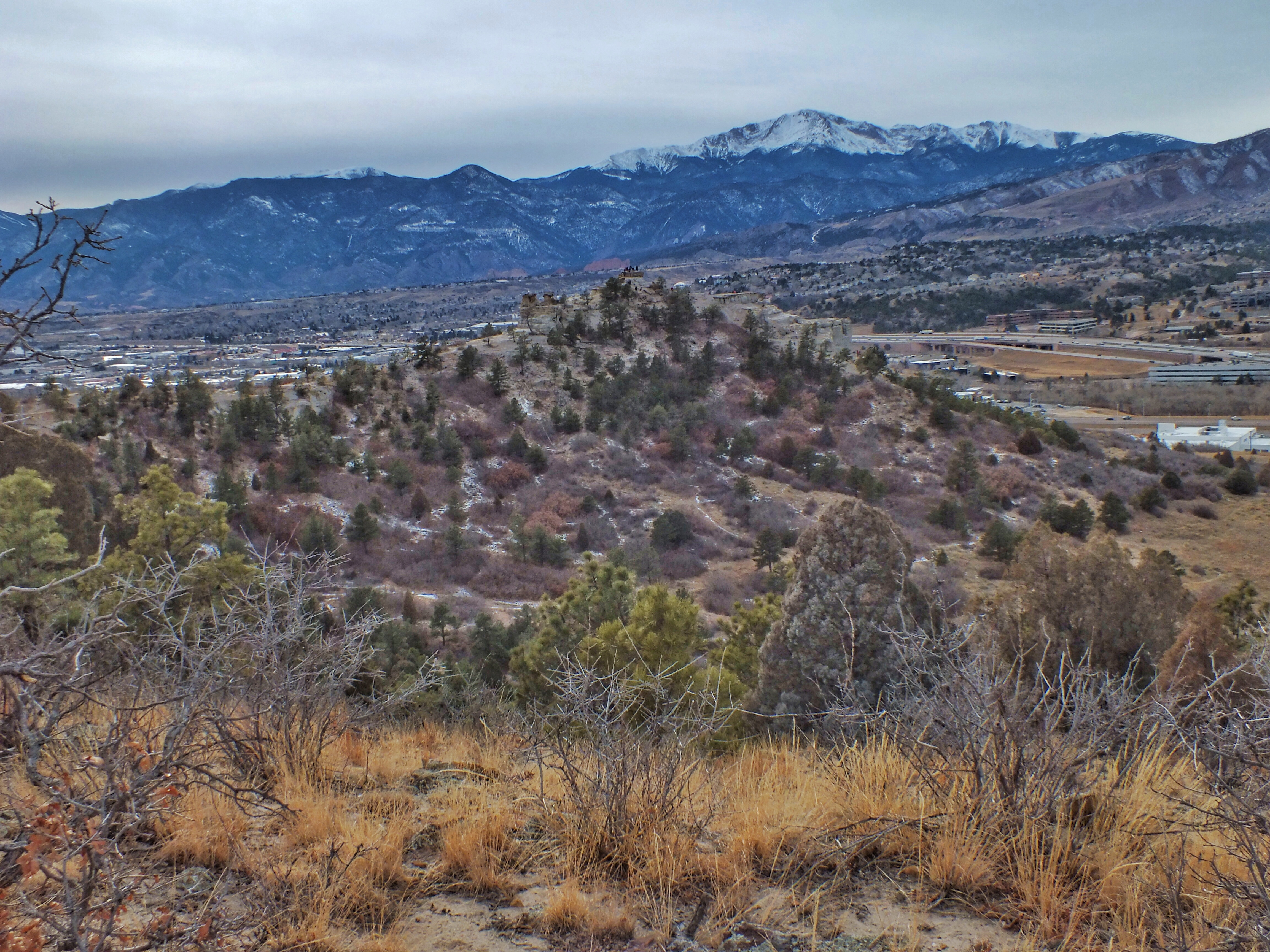 The red rocks at the base of the mountains is Garden of the Gods. They can be seen in several of the photos. 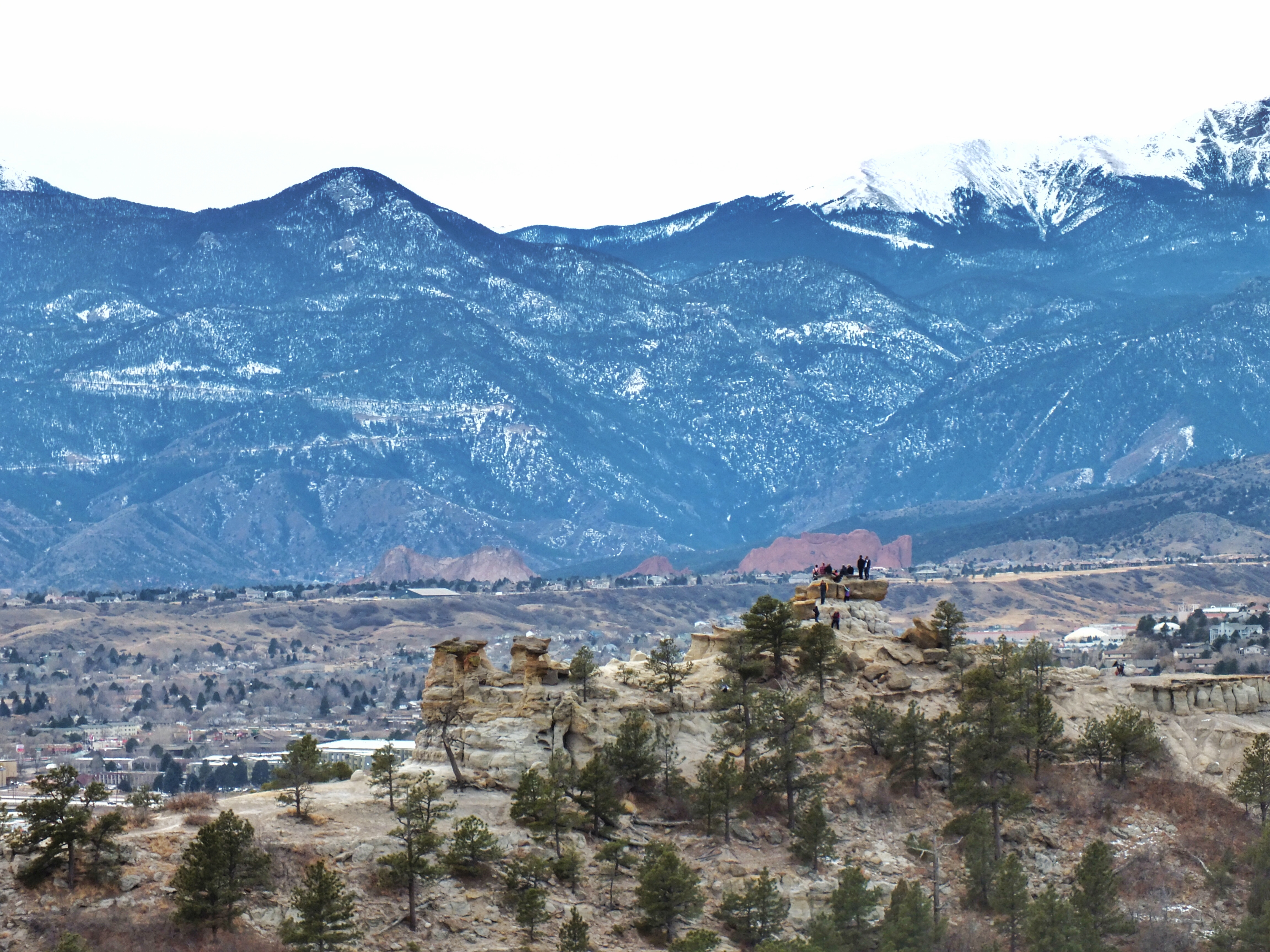 There were several Townsend’s Solitaires flying around on top of the rock. 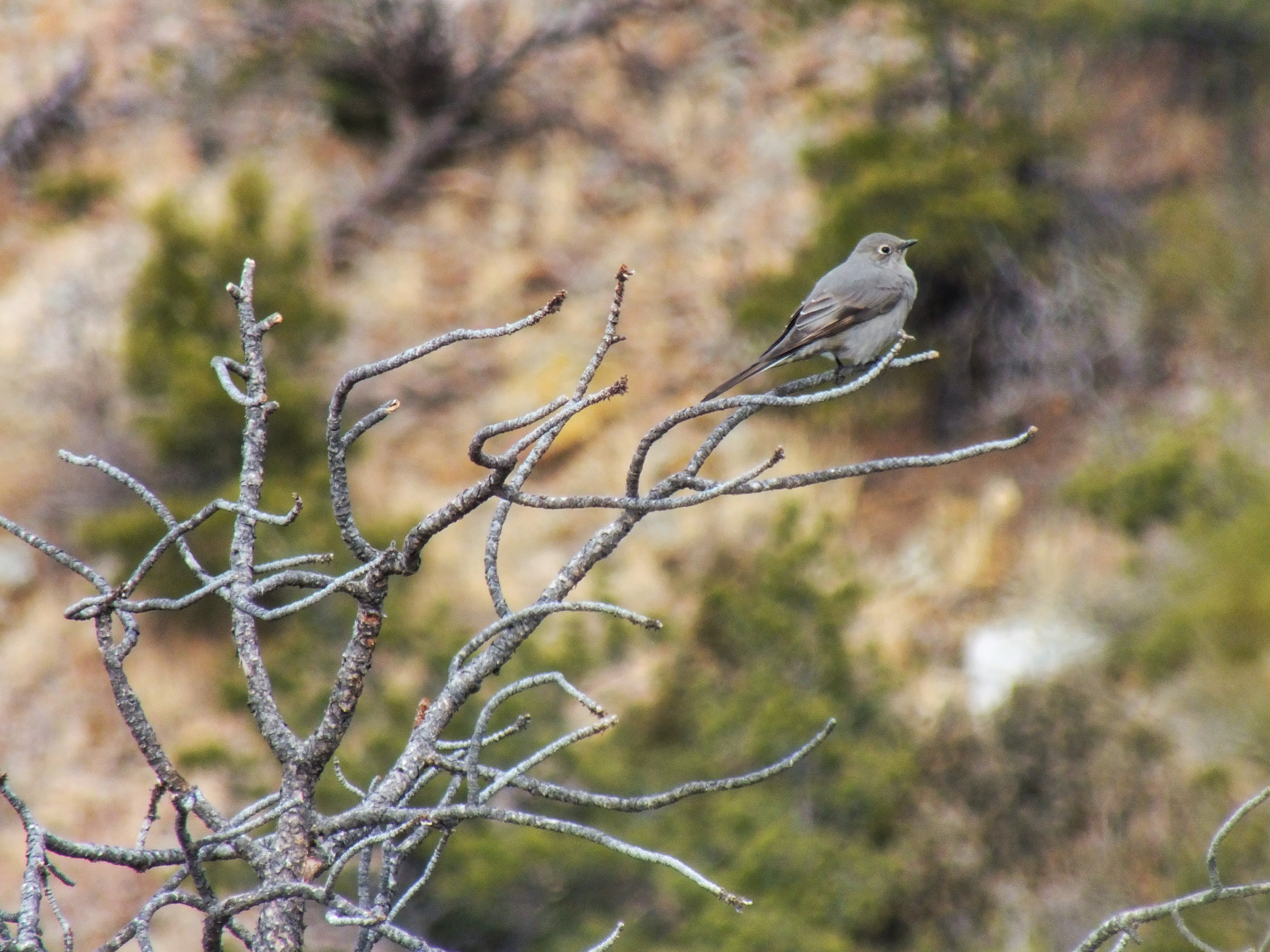 I climbed back down and tried to walk around the outside of the park. I made it about halfway and ended up in a residential neighborhood. 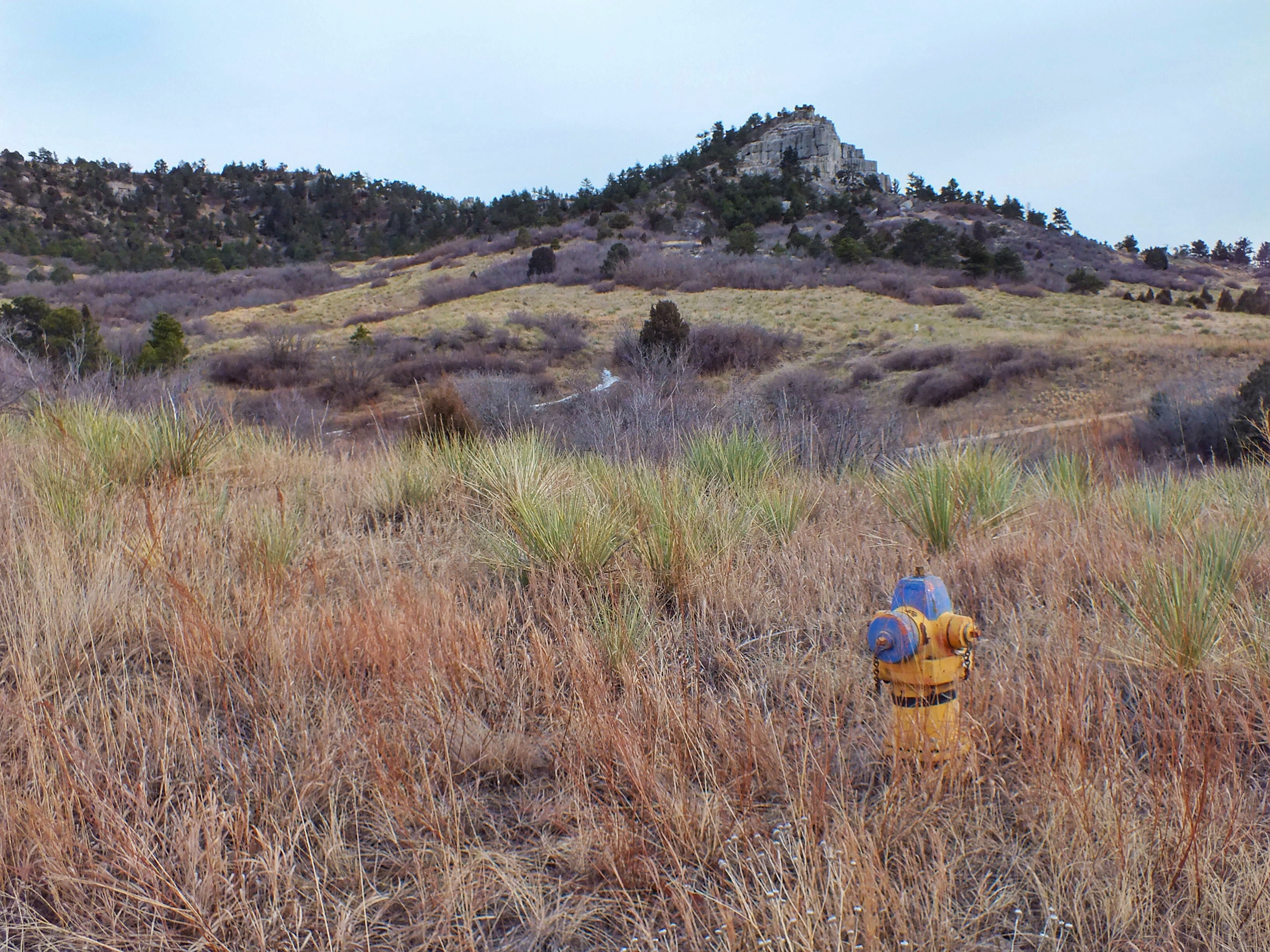 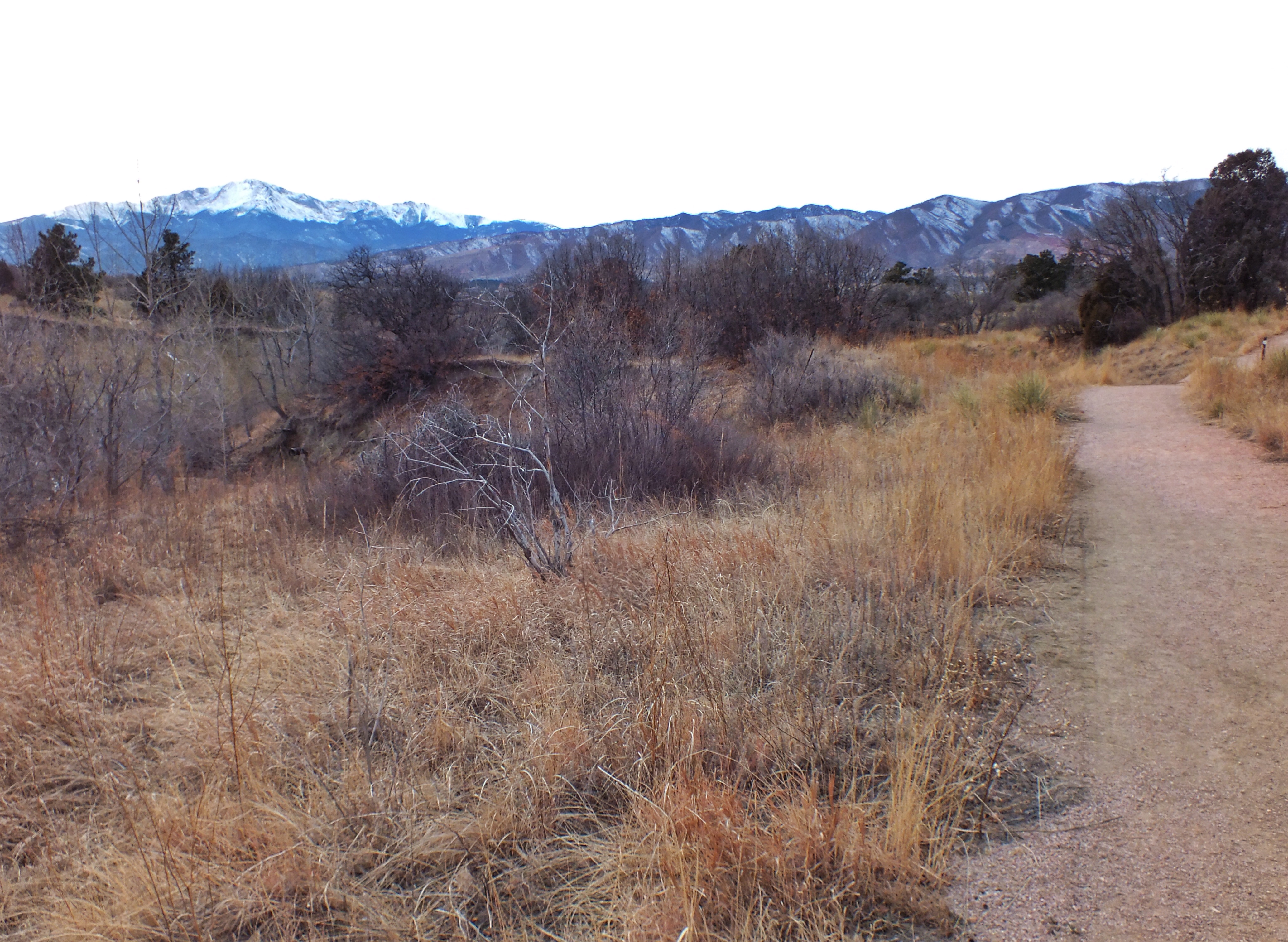 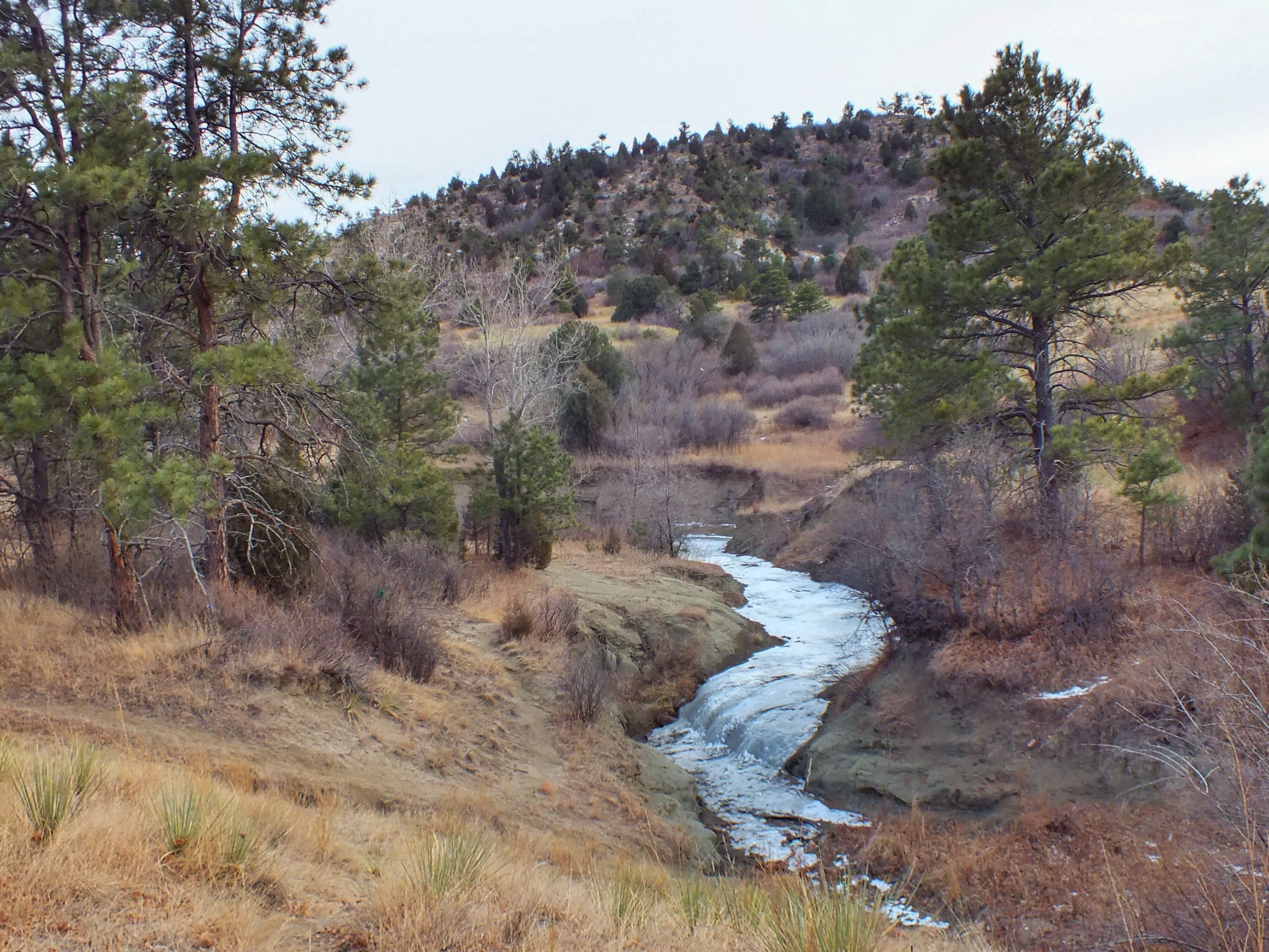 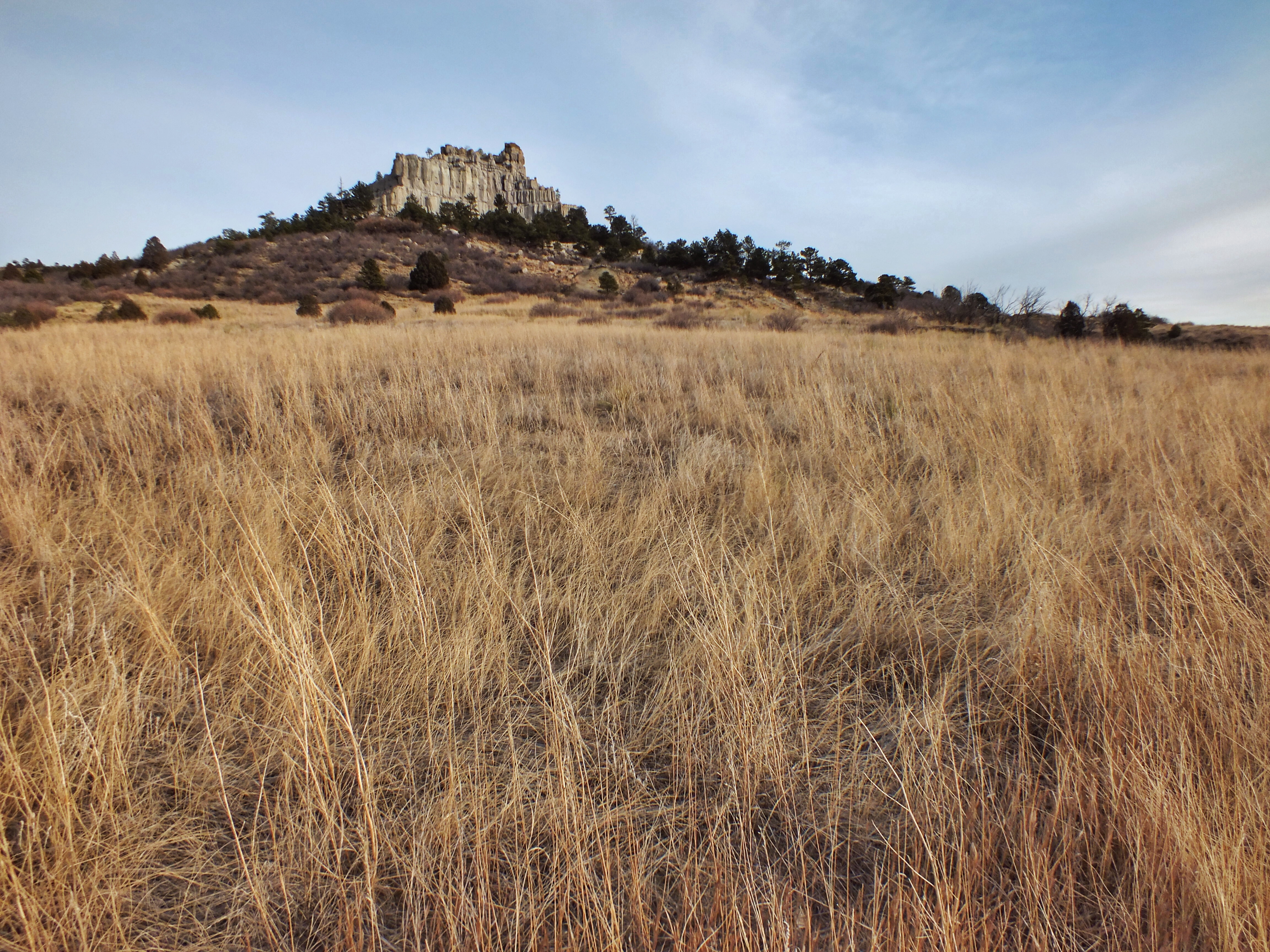 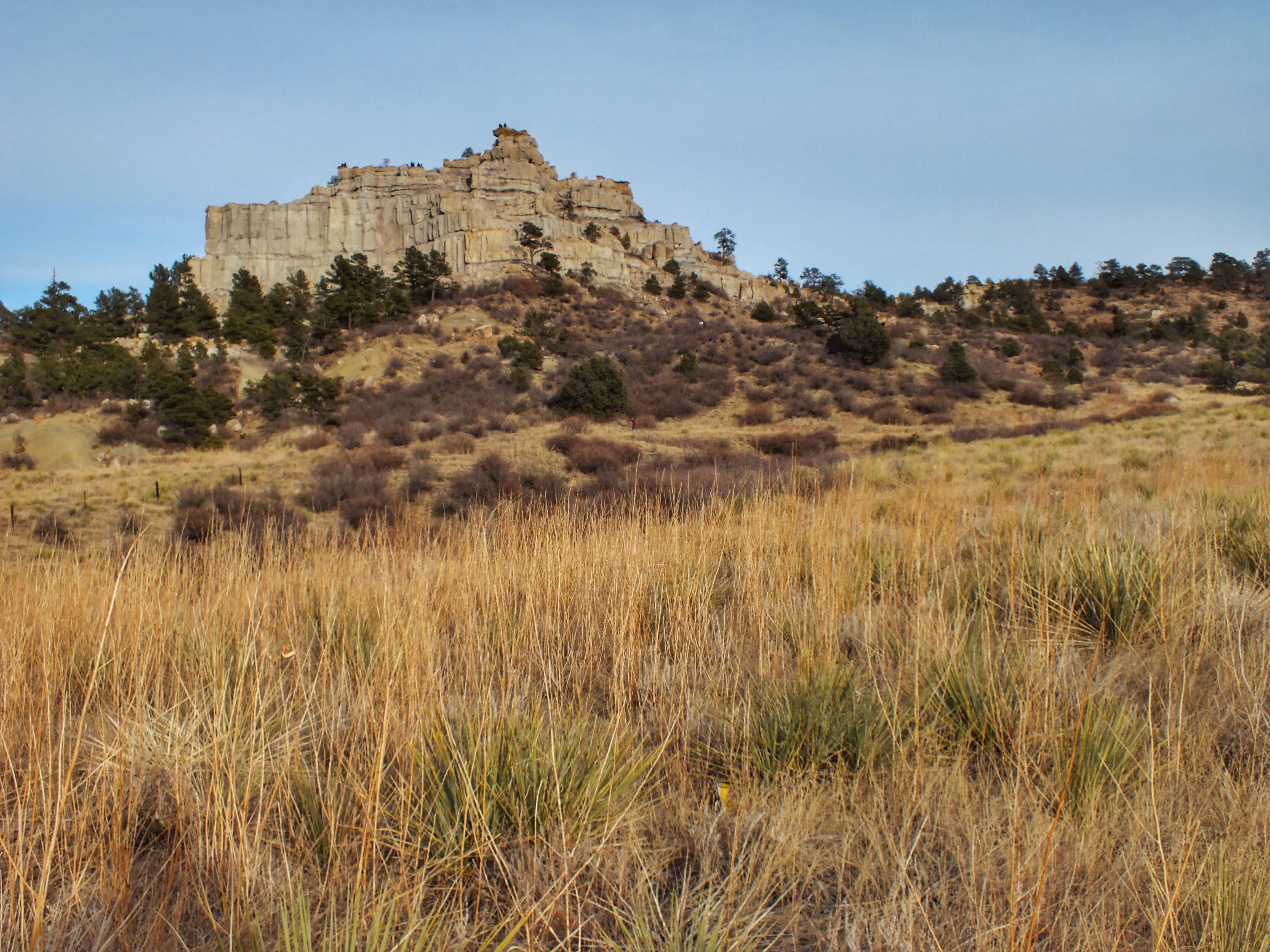 I hadn’t felt like carrying the red chair up the rock, but I pulled it out when I got back to the car. 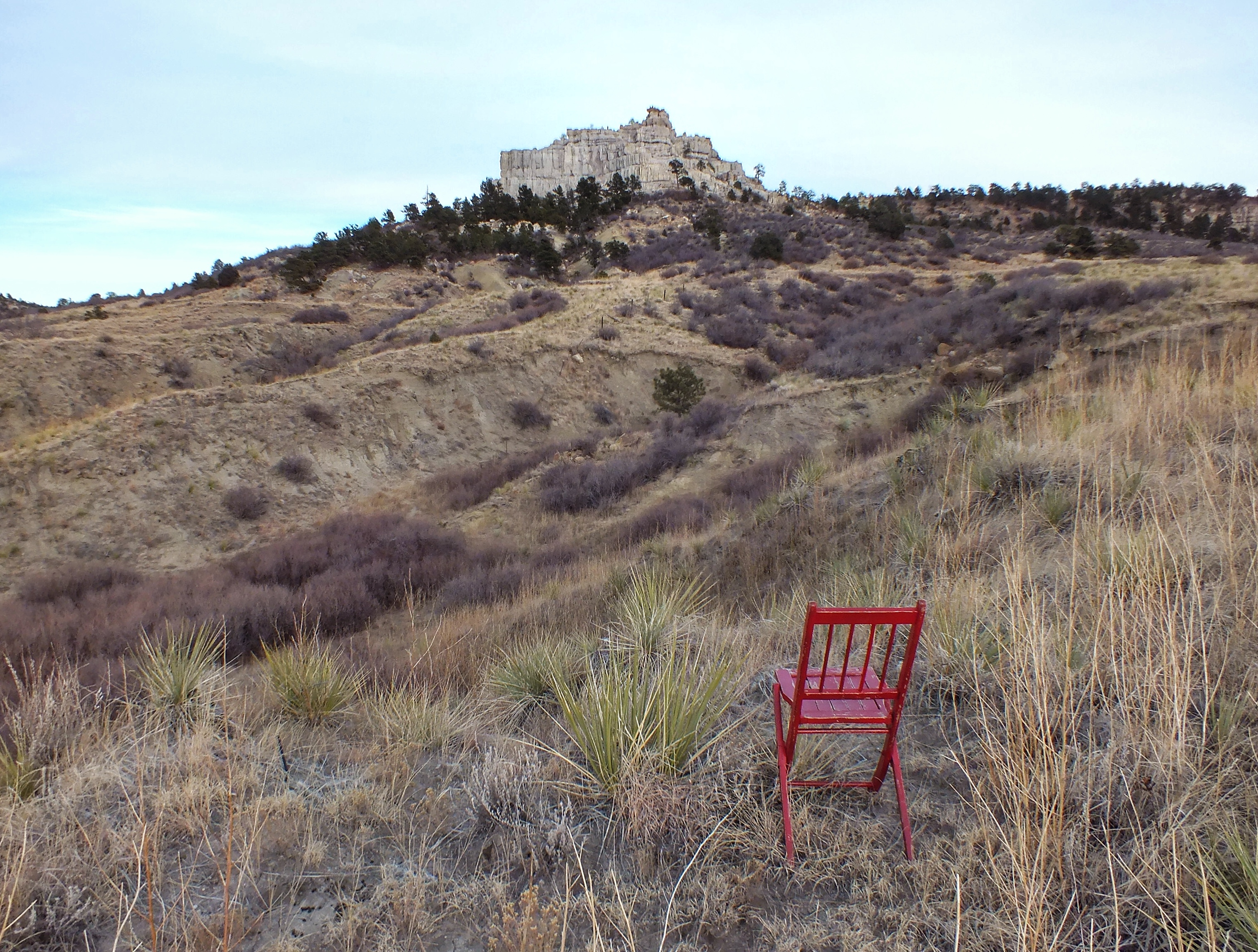 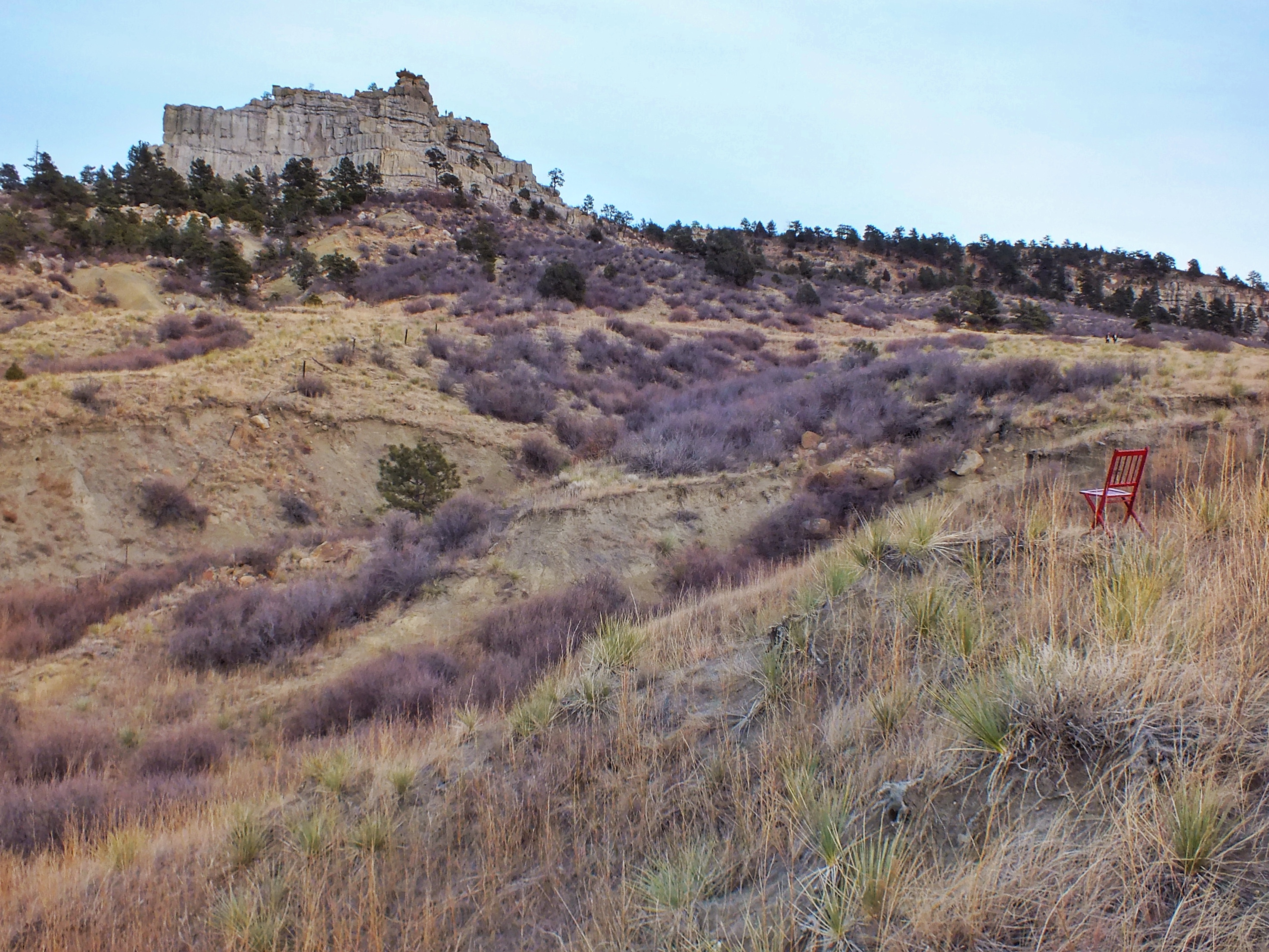 It’s close, it’s fun, and for a Sunday afternoon, it wasn’t very crowded. My guess is that I’ll make it back.

This entry was posted in Birds, Hikes, Red Chair, Scenery. Bookmark the permalink.