We stayed a night in Fort Garland and then drove south to Antonito to ride the Cumbres & Toltec Scenic Railroad (next post). Along the way, we made (very) brief stops to see roadside attractions.

This one caught me by surprise. We were driving through this small town when I saw a statue of a boxer in a park. It triggered a reminder that I’d heard of a boxer named “The Manassa Mauler.” I wasn’t even sure who it was, but I made a quick U-turn and pulled over. Turns out it was Jack Dempsey, heavyweight champion from 1919-1926. The cabin had nothing to do with Dempsey—it was just an example of an inn along the Santa Fe Trail. 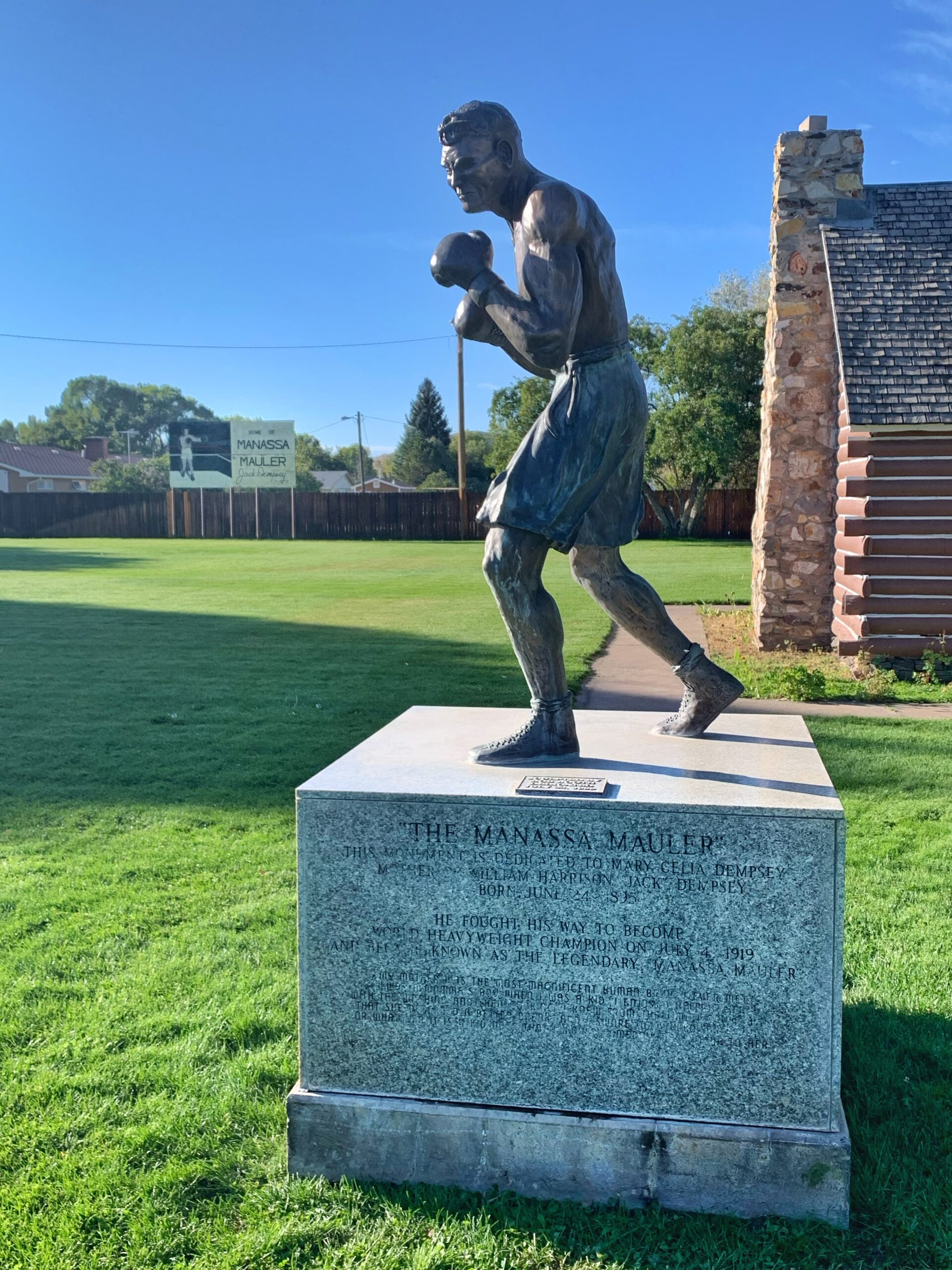 Odd building constructed by a Vietnam Vet. The silver covering on the towers is from flattened beer cans. Sightseers aren’t allowed in the yard. We didn’t even get out of the car. 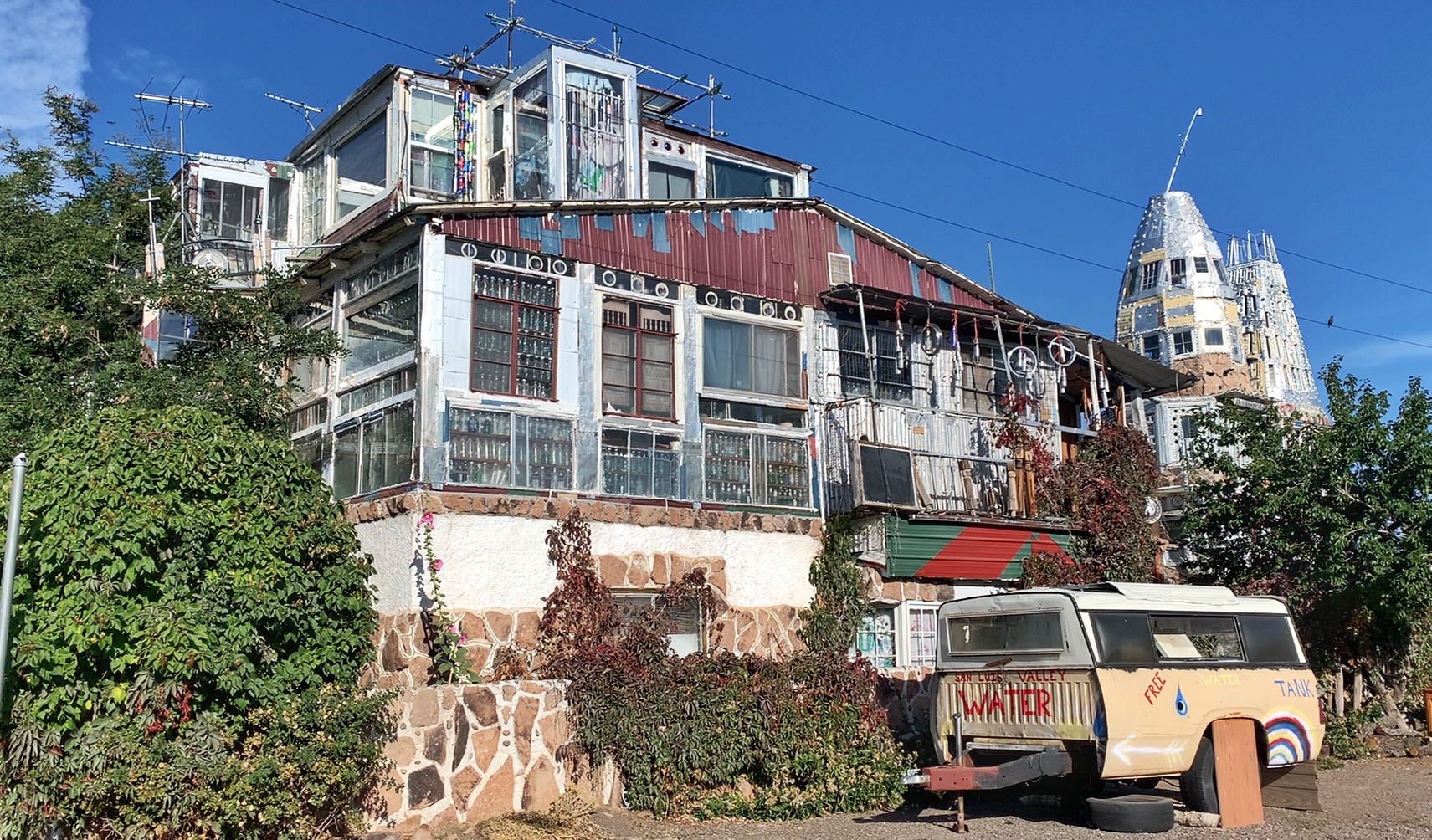 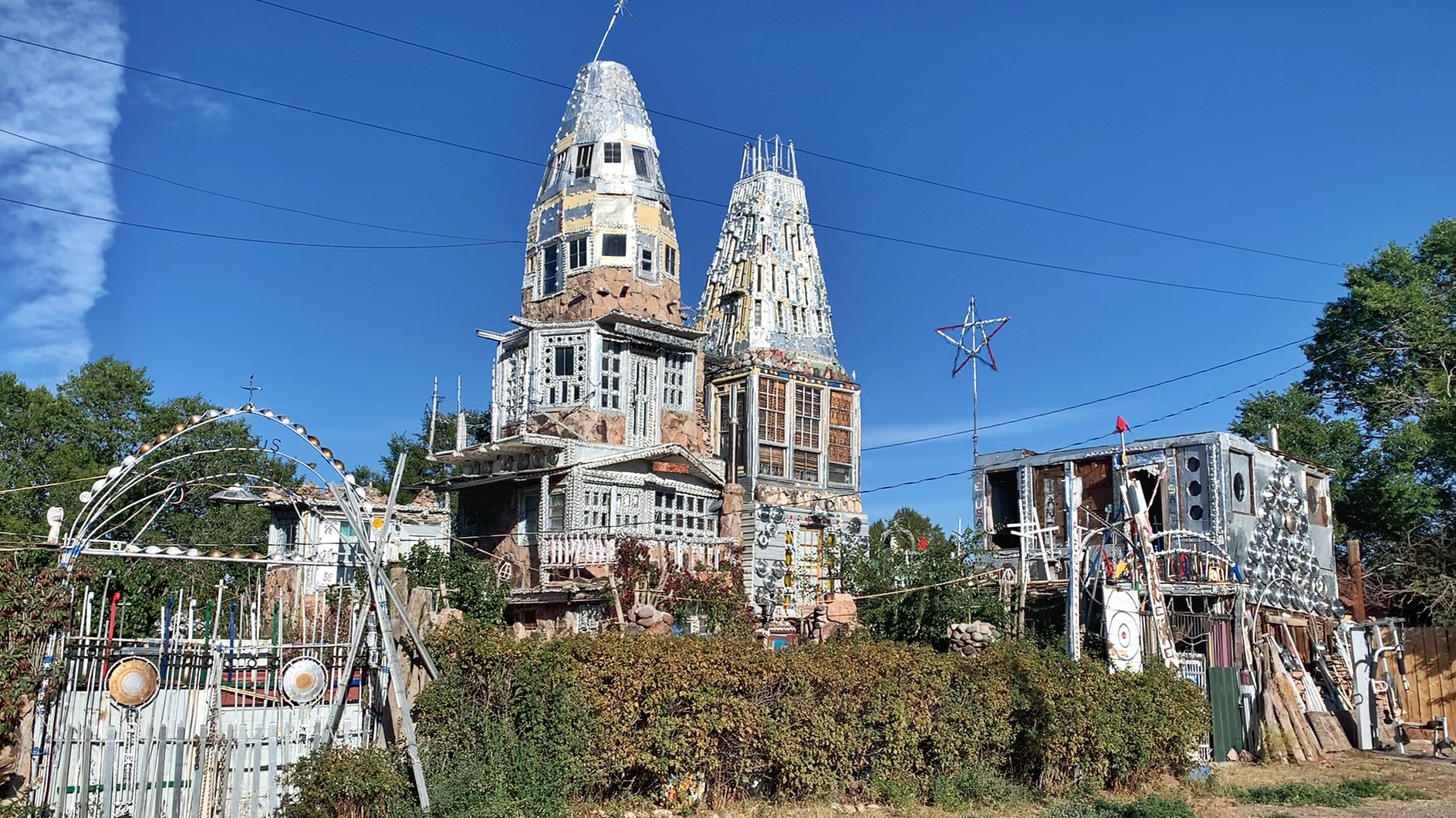 This house was used as Indiana Jones’ boyhood home in the movie Indiana Jones and the Last Crusade. Apparently it isn’t in great shape and the current owner is trying to raise donations to fix it up. We didn’t participate. 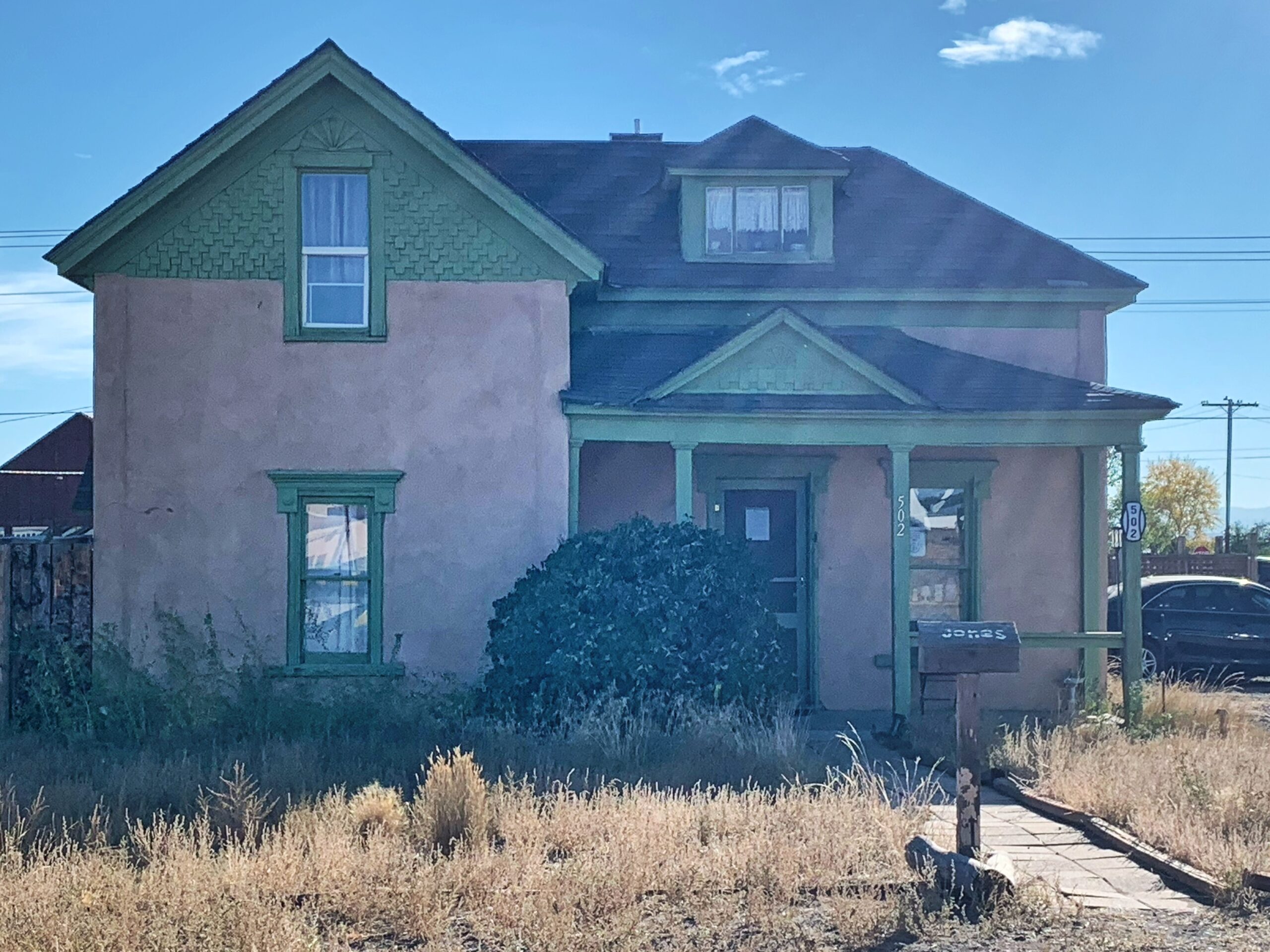 This entry was posted in Interesting Buildings, Movies, Sculptures and Statues. Bookmark the permalink.