I birded at a couple places in the park in the morning. There were birds around, but nothing spectacular. The day was heating up, and I was headed back to my car through a dry cottonwood grove about 80 yards from the Platte River on the south end of the reservoir. I heard a faint rustle in the trail-side grass and spotted this small but rotund toad making its getaway. It was no great effort to step in front of it and get it turned back toward the trail. Four of five repetitions of this gave me the chance to take the photos I wanted. I then left it to do whatever toads do on hot late-August days.

My search on the internet convinced me it was a Woodhouse’s Toad. The identifying feature are a pair of L-shaped ridges just behind its eye bumps and in front of those blister-looking patches (called paratoid glands). The ridges are not easy to see—they stand out best in this photo. 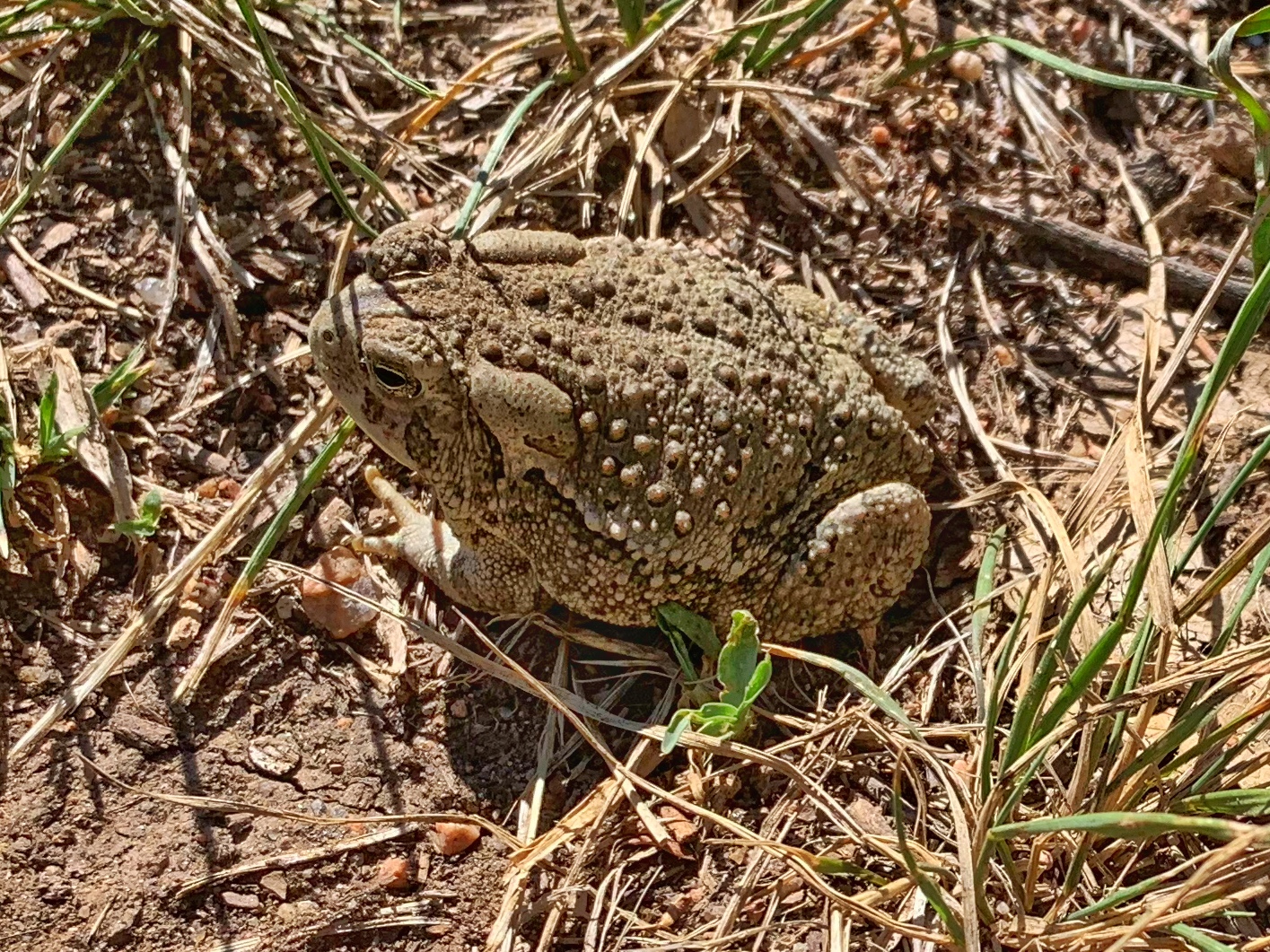 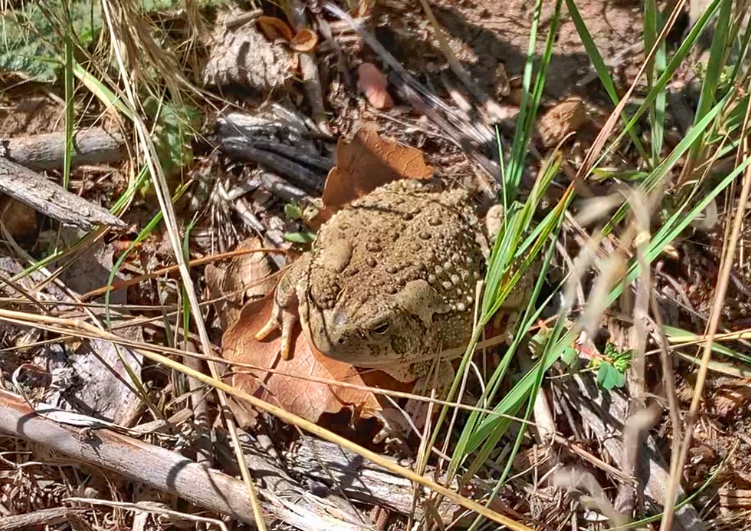 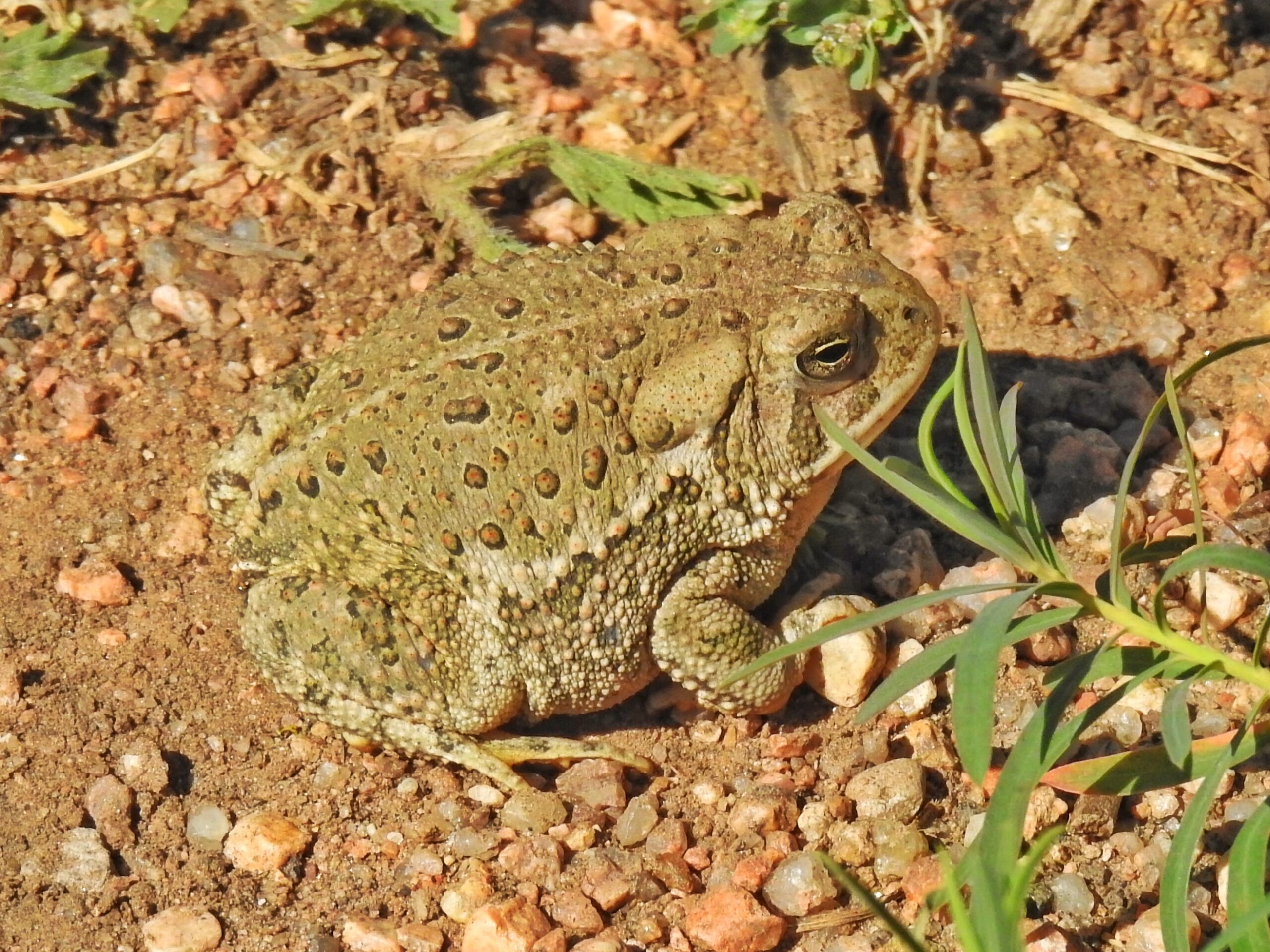 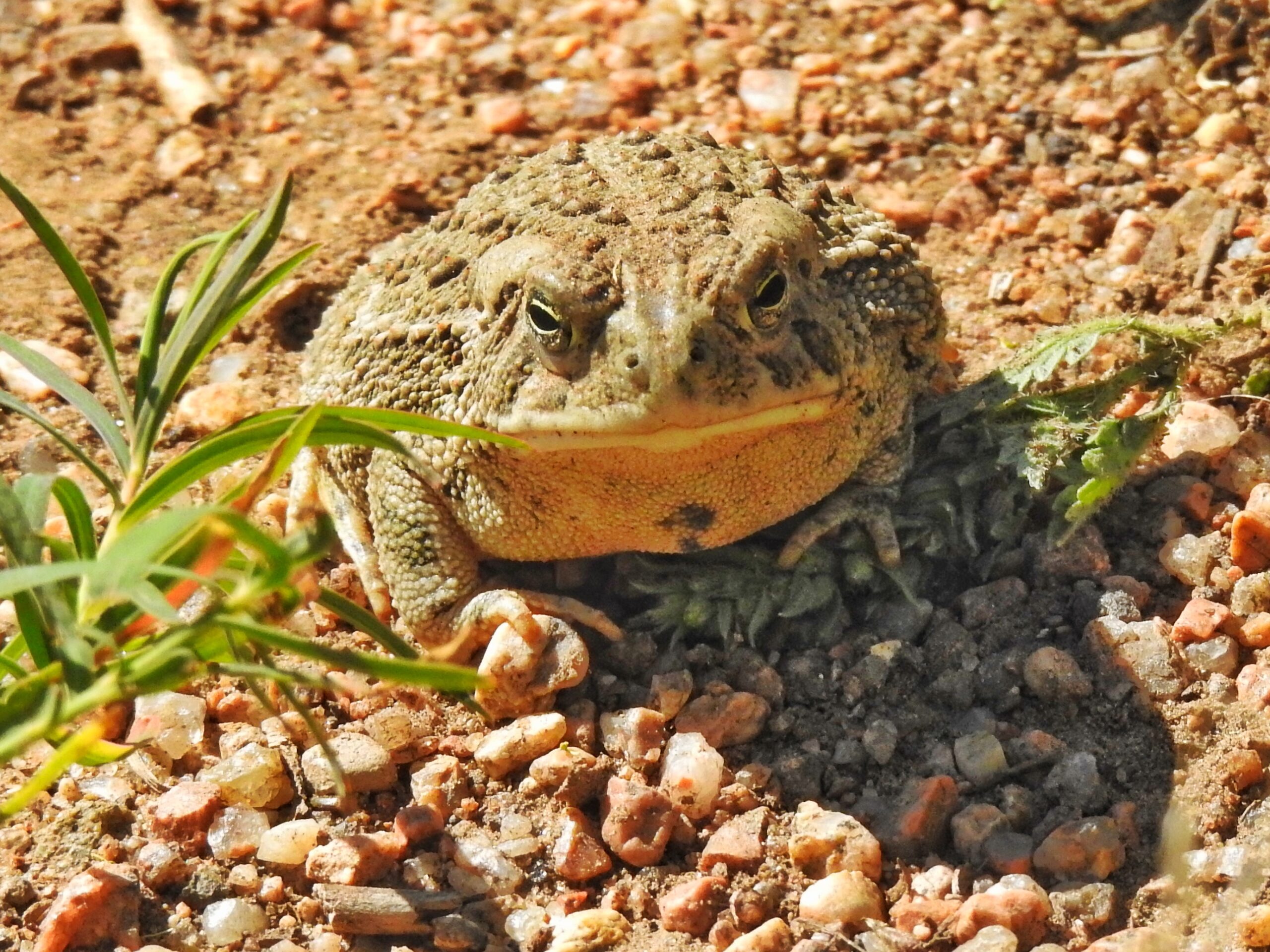 As you could probably guess from its physique, its hops were not impressive, although it was livelier than some toads I’ve seen. It was maybe two-inches long and almost as wide. The central breast spot is also a good indication that it’s a Woodhouse’s Toad.