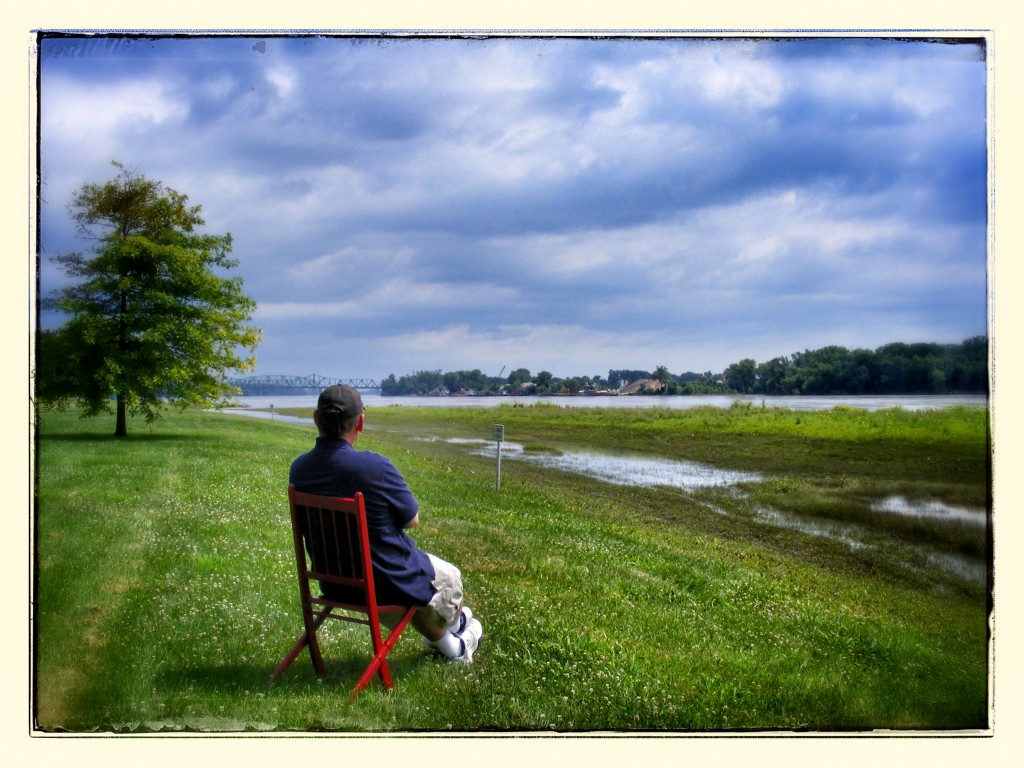 We’d hoped to have a couple hours to wander about the historic downtown of St. Charles. But by the time we got there, it was 11:00, and we were supposed to meet my brother-in-law, nephew and daughter at the St. Louis Bread Company in St. Peters at 11:30. That gave us about 20 minutes. We drove through the downtown area and parked along the river. The temperature and humidity were massively oppressive, so my wife stayed in the car and read while I got out for a quick tour of Frontier Park on the Missouri River.

The main feature of the park is a monument to Lewis and Clark that features the two men and Clark’s dog, Seaman. 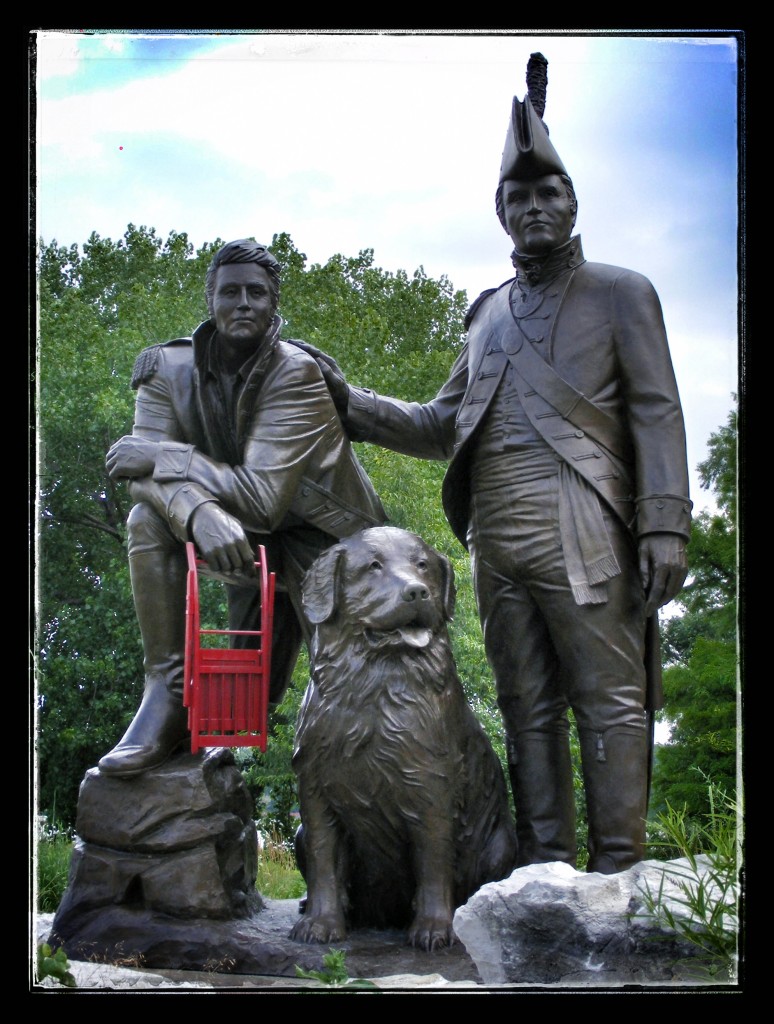 Giant red hibiscus were planted all around the monument. 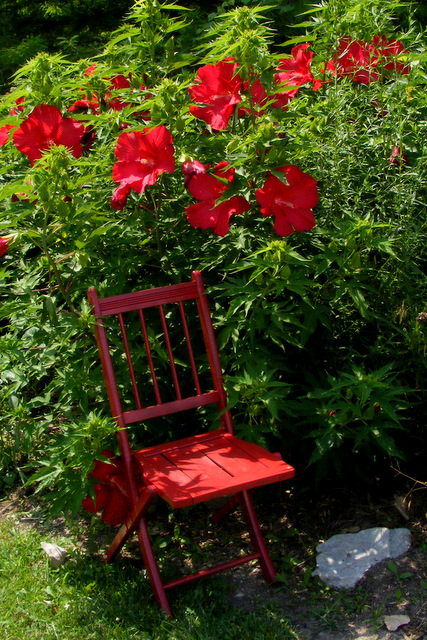 A guy about my age sat on a bench near the monument and watched me take these photos. I noticed him and thought he was probably homeless. He approached me after I removed the chair from the monument and said, “Obviously, you’re a concept photographer. Can I ask you about the significance of the chair.” When I told him, he thanked me and went back to his bench. I’m pretty sure he was disappointed. I think he figured it symbolized something meaningful.

We arrived at our meeting place about five minutes after the others got there. We ate lunch, then headed for home.