On our way to Columbus, Ohio, we stopped at a Panera in Fort Wayne, Indiana for lunch. On our walk out, we both noticed that our car had a decided lean to the left. Our left, rear tire was almost flat.

I drove to a nearby gas station and filled it with air. I went inside and asked the cashier if she knew of a place that could fix flats. She did, but when she kindly checked on the Internet, she found out it was closed on Sundays.

I decided to keep going. We soon entered Ohio on Route 30, past the statue of Uncle Sam that looks, when approaching from the west, like he isn’t wearing any pants — until you get up close. 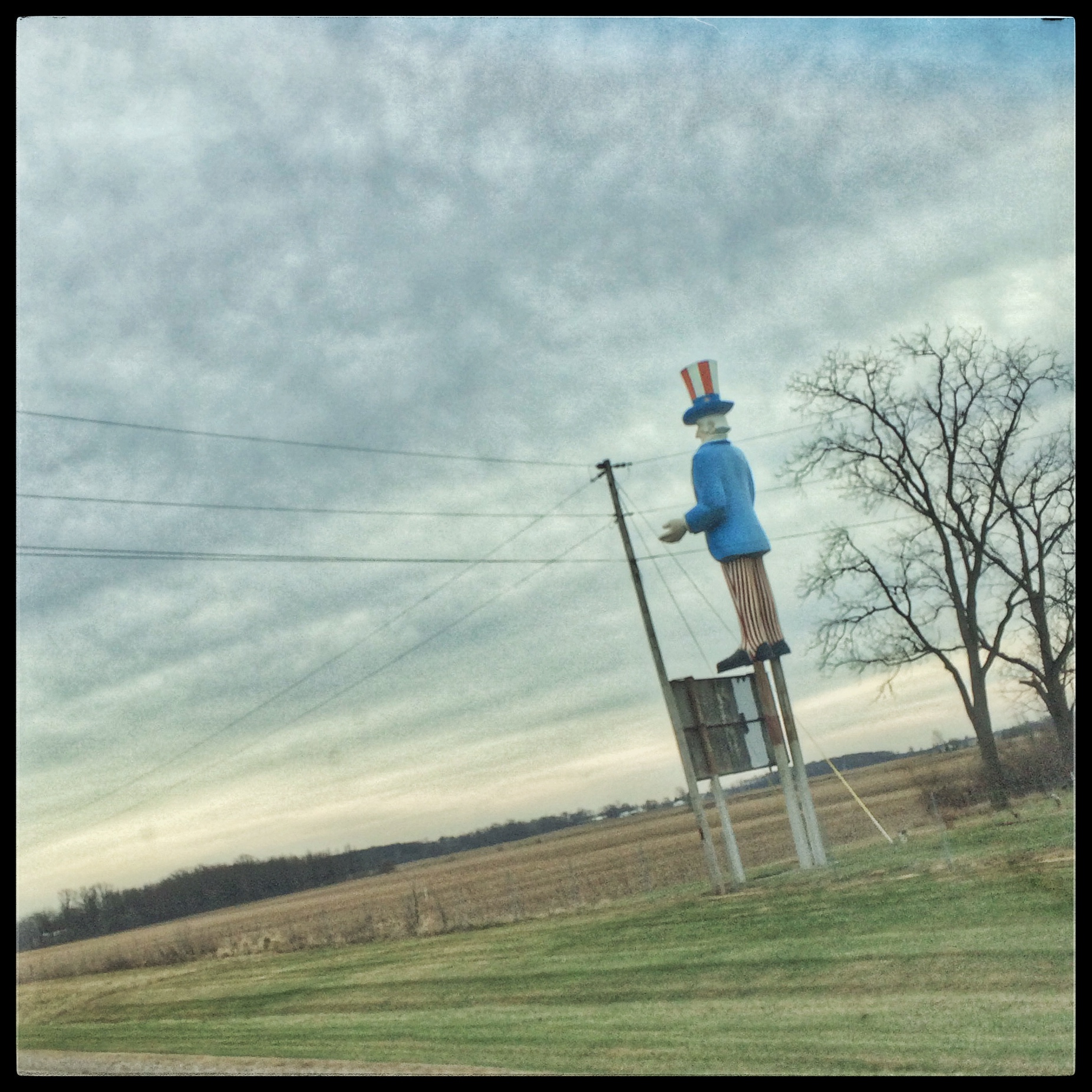 We made it perhaps 20 miles into Ohio when the air pressure light came on. I pulled into a convenient rest area and, while Sal huddled in the bathroom to keep warm, took off the flat and put on the spare — one of those tiny, donut things.

The speed limit on Route 30 is 70 mph, but you aren’t supposed to go faster then 50 on a donut, so I didn’t. Cars were passing me constantly, and the drivers were looking at me strangely. A couple of times, as they passed, I leaned forward, gripped the wheel with both hands and made an old-man face. 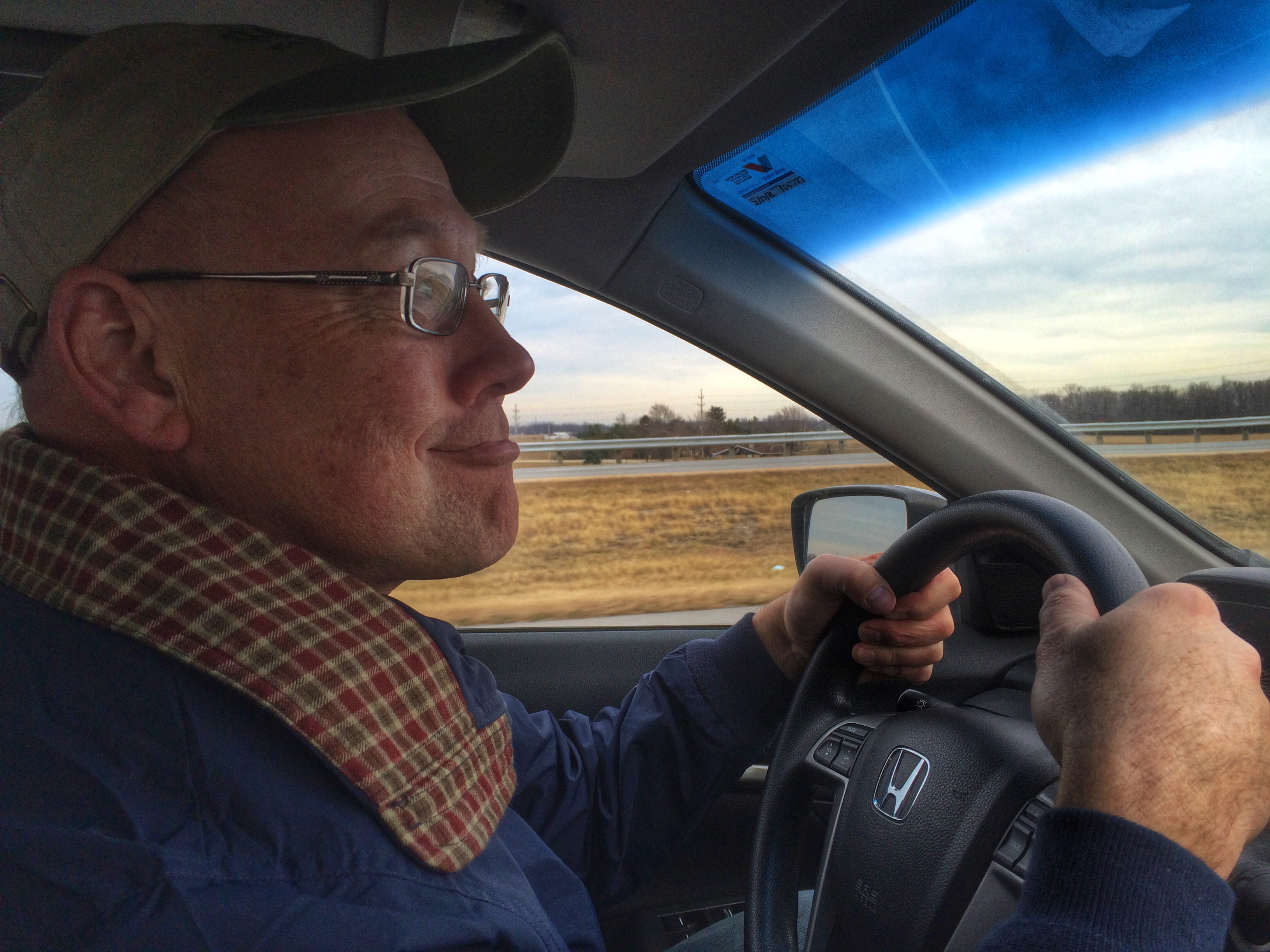 We stopped in Bellefontaine, at Six Hundred Downtown, for some tasty pizza. (Our server wasn’t surly this time.) Back on the road we were, for a time, on a two-lane road and traffic backed up behind me for a long way. I felt like I was leading a funeral procession. 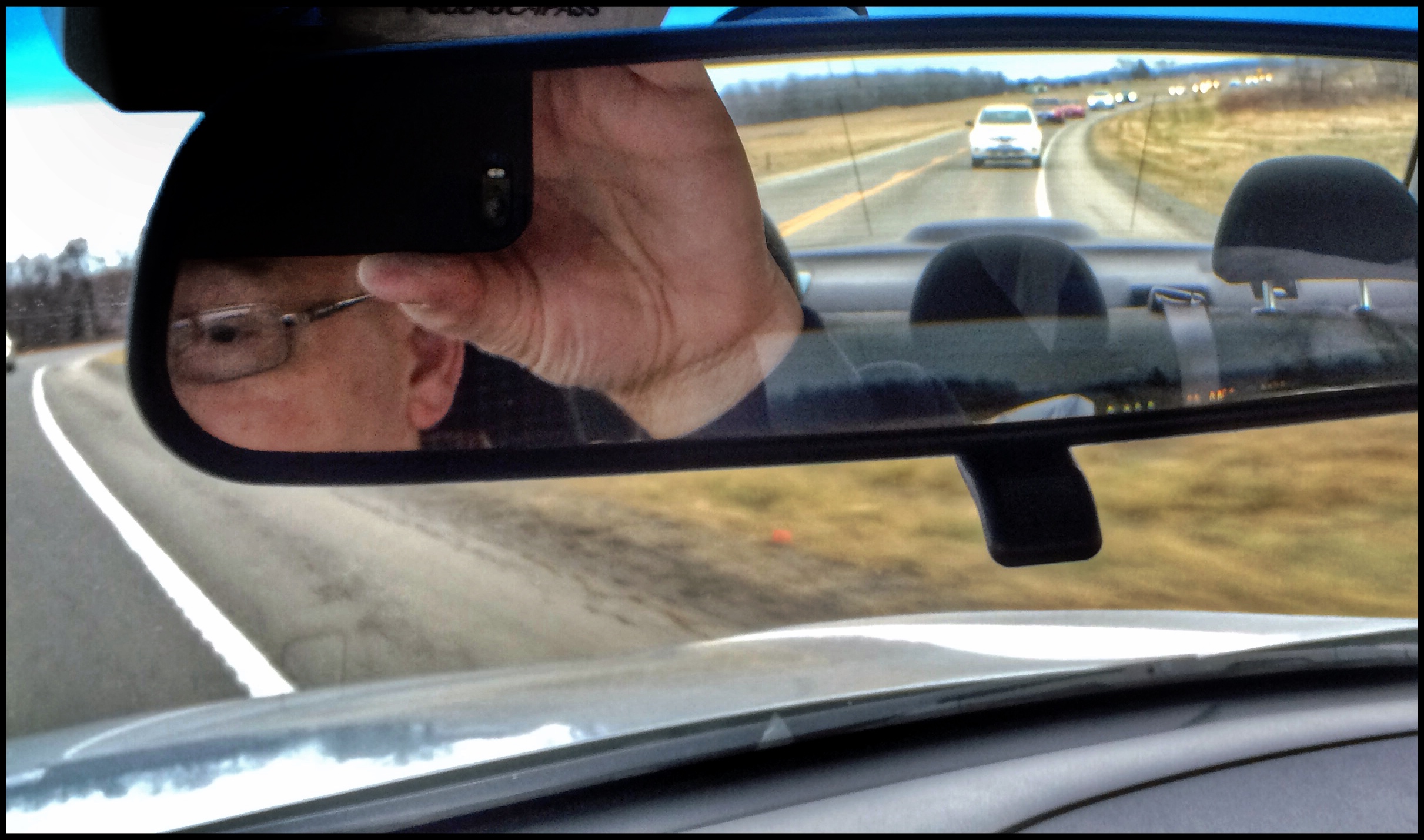 We made it to Columbus, slowly but without incident. In the morning, I was waiting at the front door of a Firestone Center about 15 minutes before it opened. But some kid dashed in the door in front of me as the owner unlocked it. We stood and waited for about 20 minutes for his computer to come up. This wasn’t where I was expecting to find myself that morning. 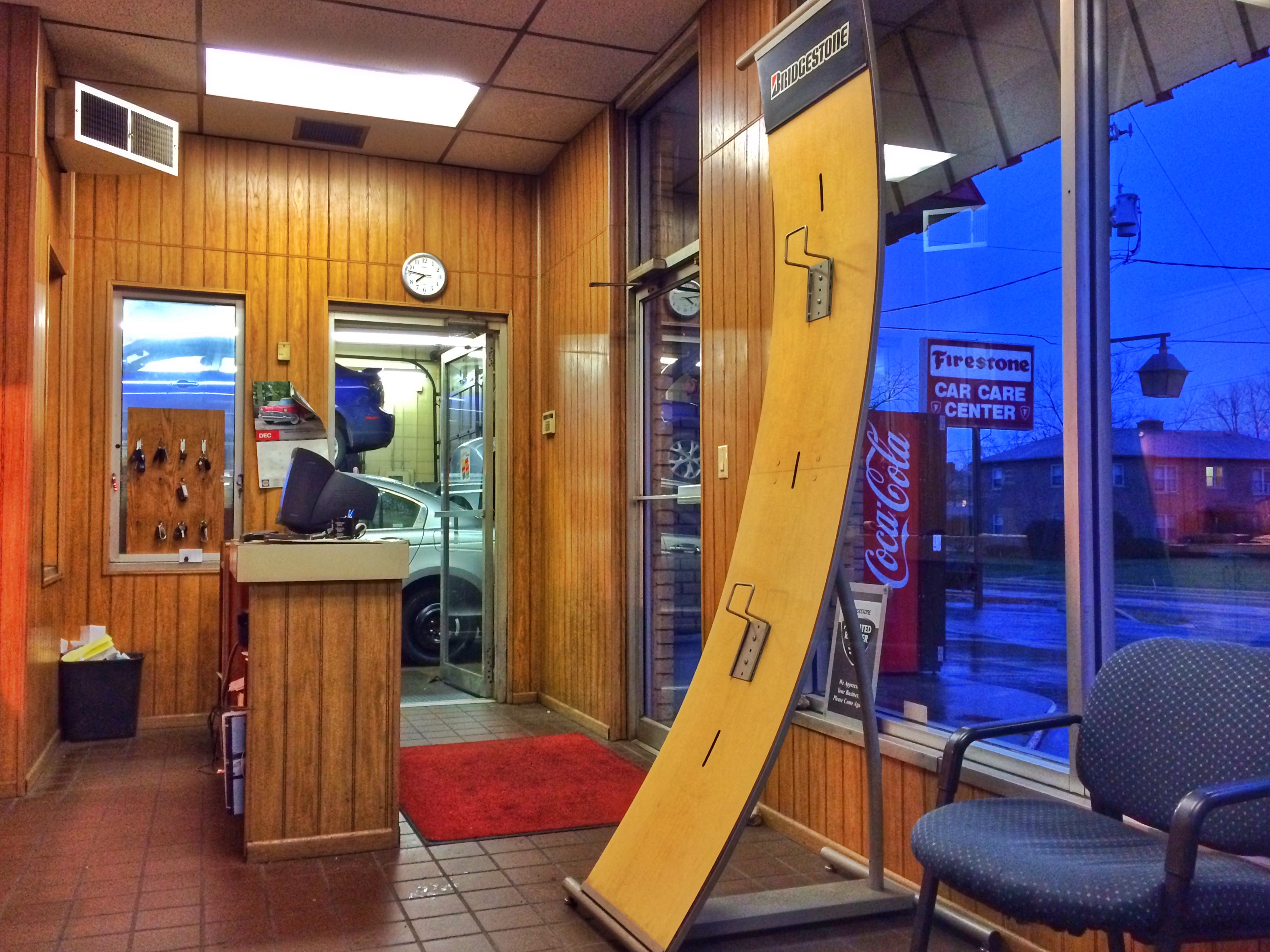 The kid was just picking up his car, so he was soon on his way. Other people were coming in by now, and the owner was telling them to leave their cars, or to come back later. But he knew I was driving on a donut and he probably had seen my out-of-state plates, so he kindly got to work on my car. Thirty-five minutes and $25.82 later, I was on my way.

The guy said the flat was caused by a drill bit. I think it’s entirely possible that some kid found it and propped it under my tire, but I don’t know. Perhaps it flipped up on the road. He also said that the donut only had 25 psi instead of the recommended 60. Oops. He filled it up for me and put it back in the trunk.