In 2003, the Macy’s on Herald Square in New York City featured window displays with scenes from A Christmas Story. Those displays were then sent to Hammond, Indiana where they are set up every year at the Indiana Welcome Center. (The movie was filmed in Cleveland but set in the fictional city of Hohman, which stood in for Hammond, the home town of Jean Shepherd, who wrote the story on which the film was based. Follow?)

We stopped by early on a Sunday morning — earlier even than the web site and the sign on the door said the building would be open. A janitor was buffing the floors and several employees were standing about chatting, but they greeted us when we walked in and were happy to take our money when she bought a leg lamp mug and DVD of the movie in the gift shop. Because we bought those items, we were able to buy a leg lamp night light for $5. 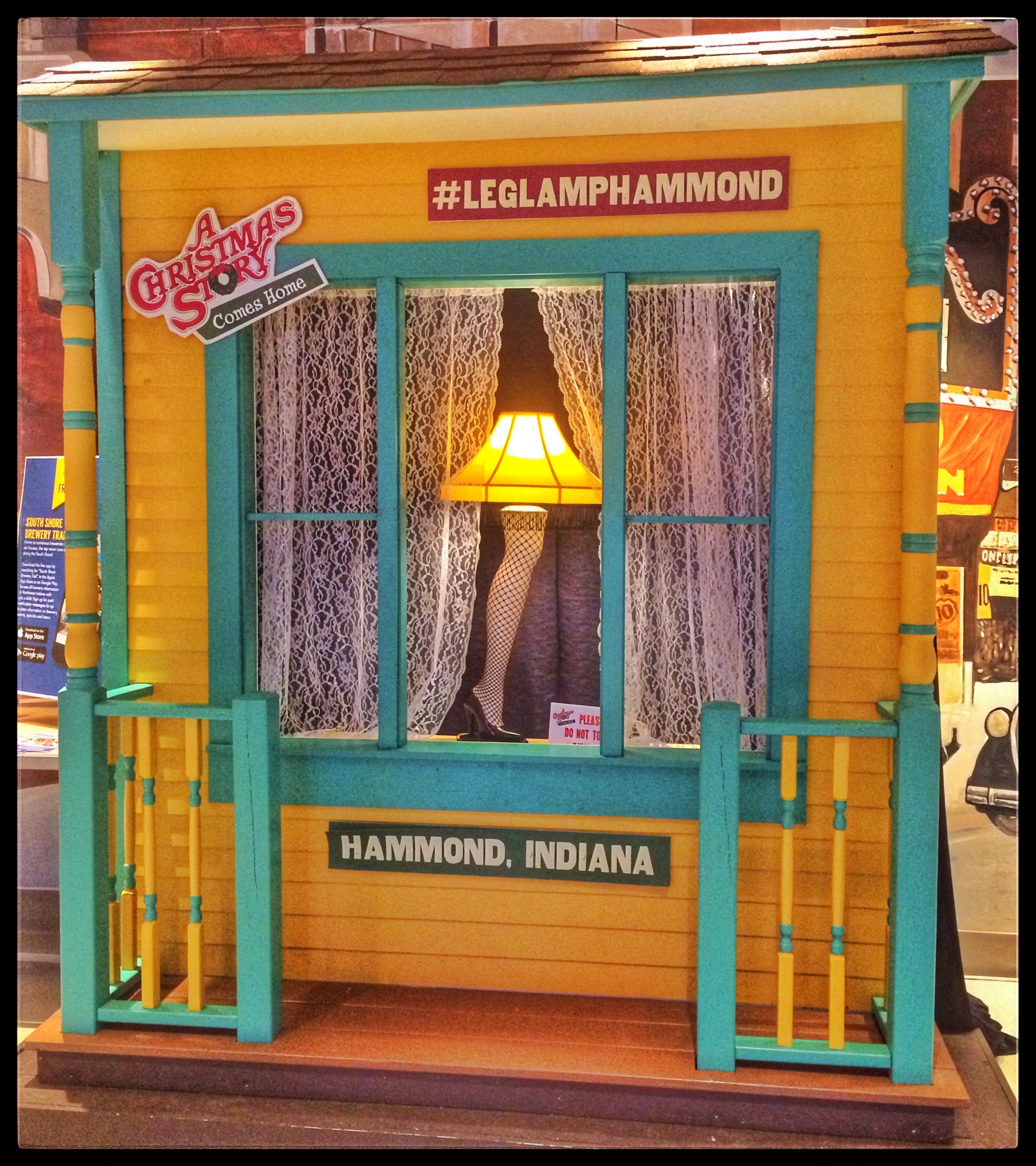 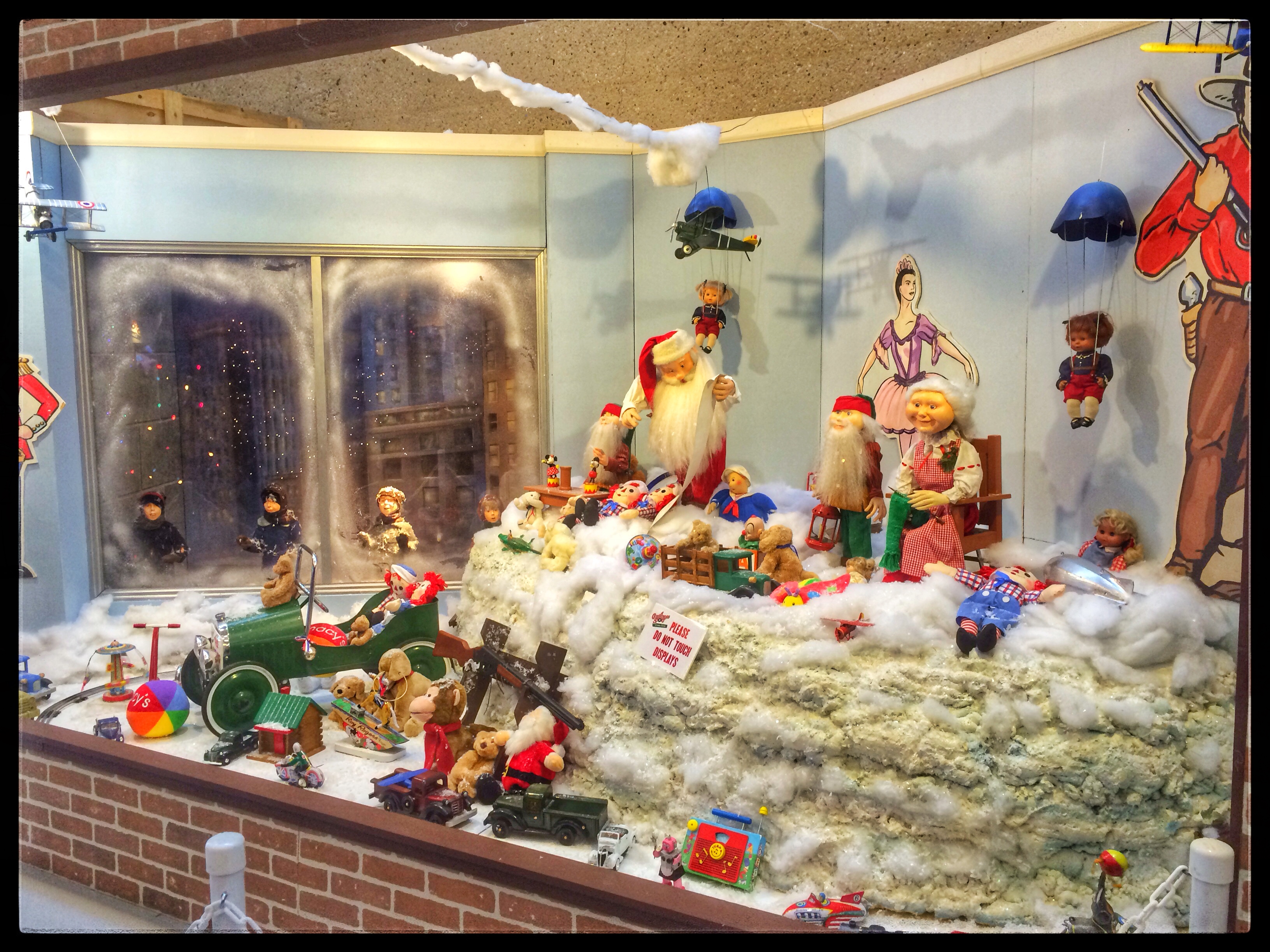 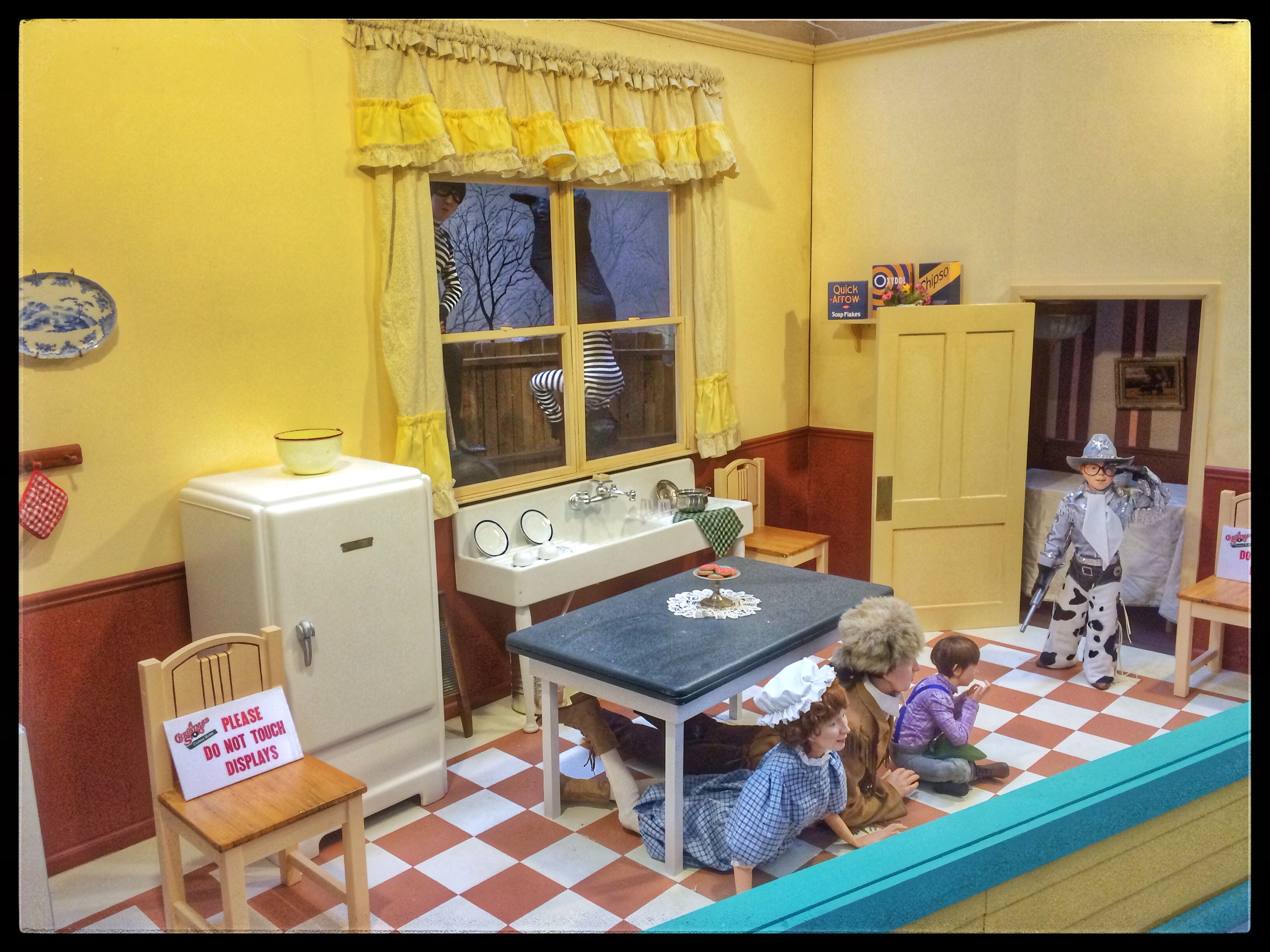 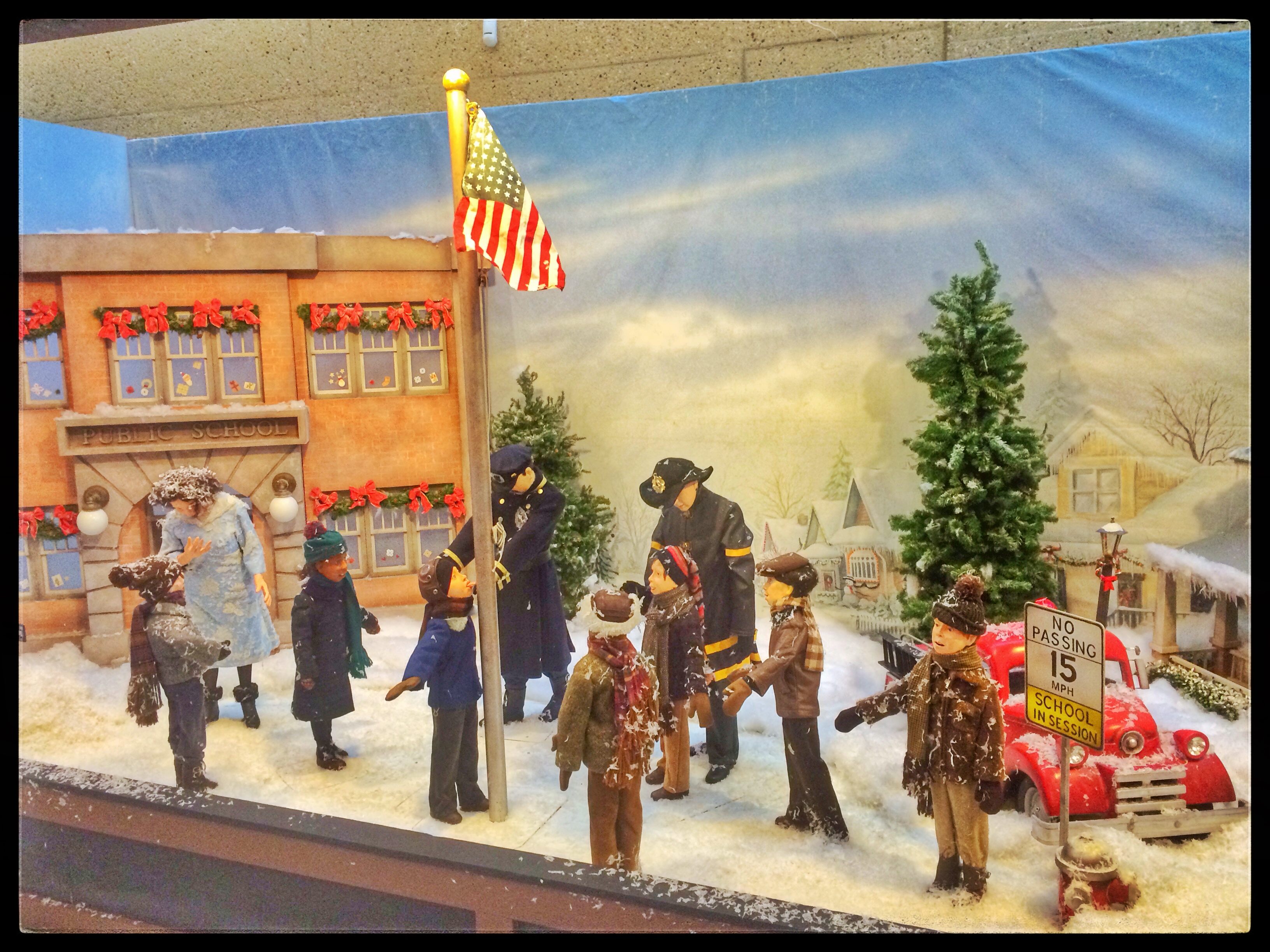 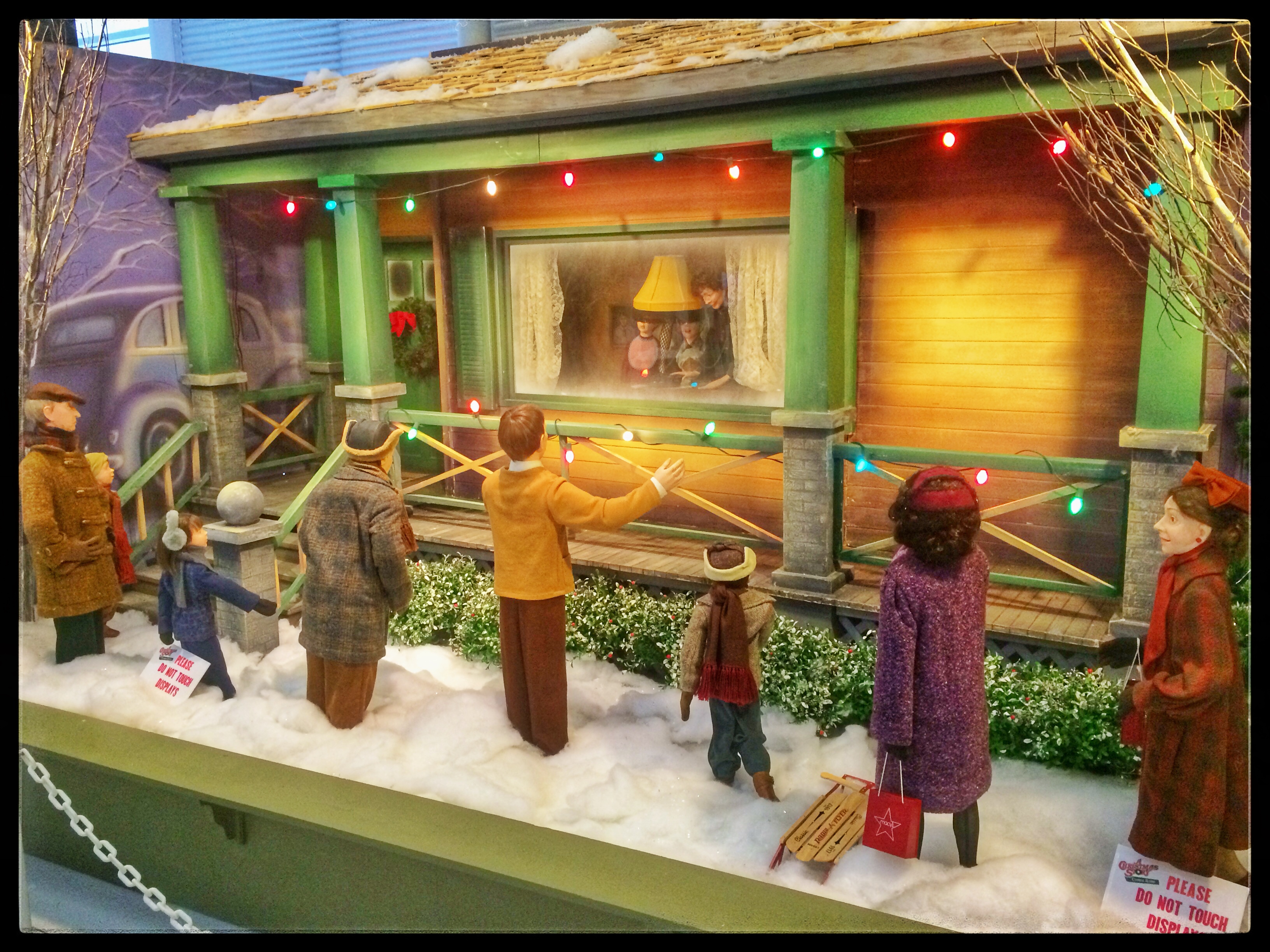 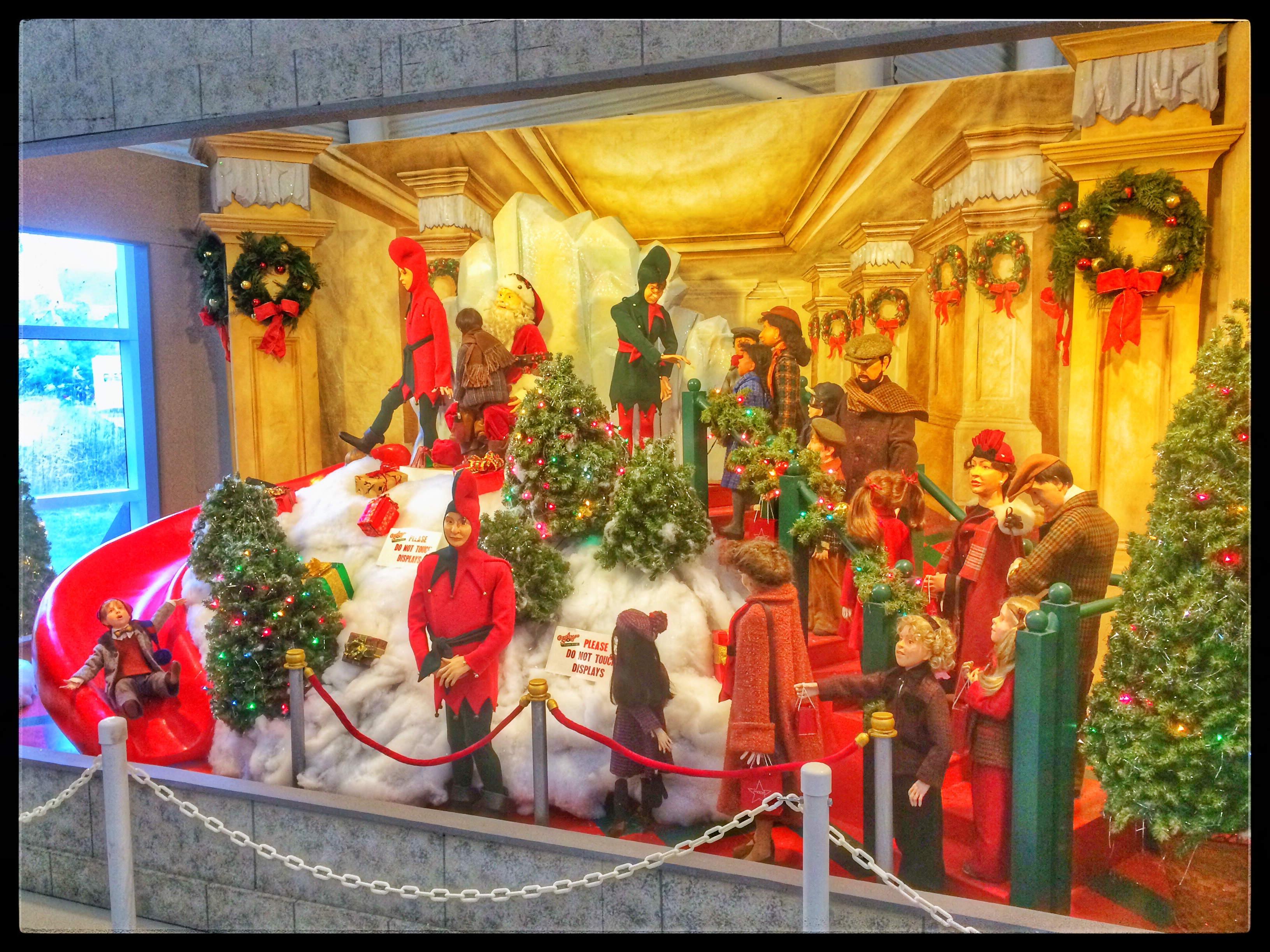 All of the windows were animated to some degree. Here’s an example. Notice the elf kicking Ralphie down the slide in the upper left. 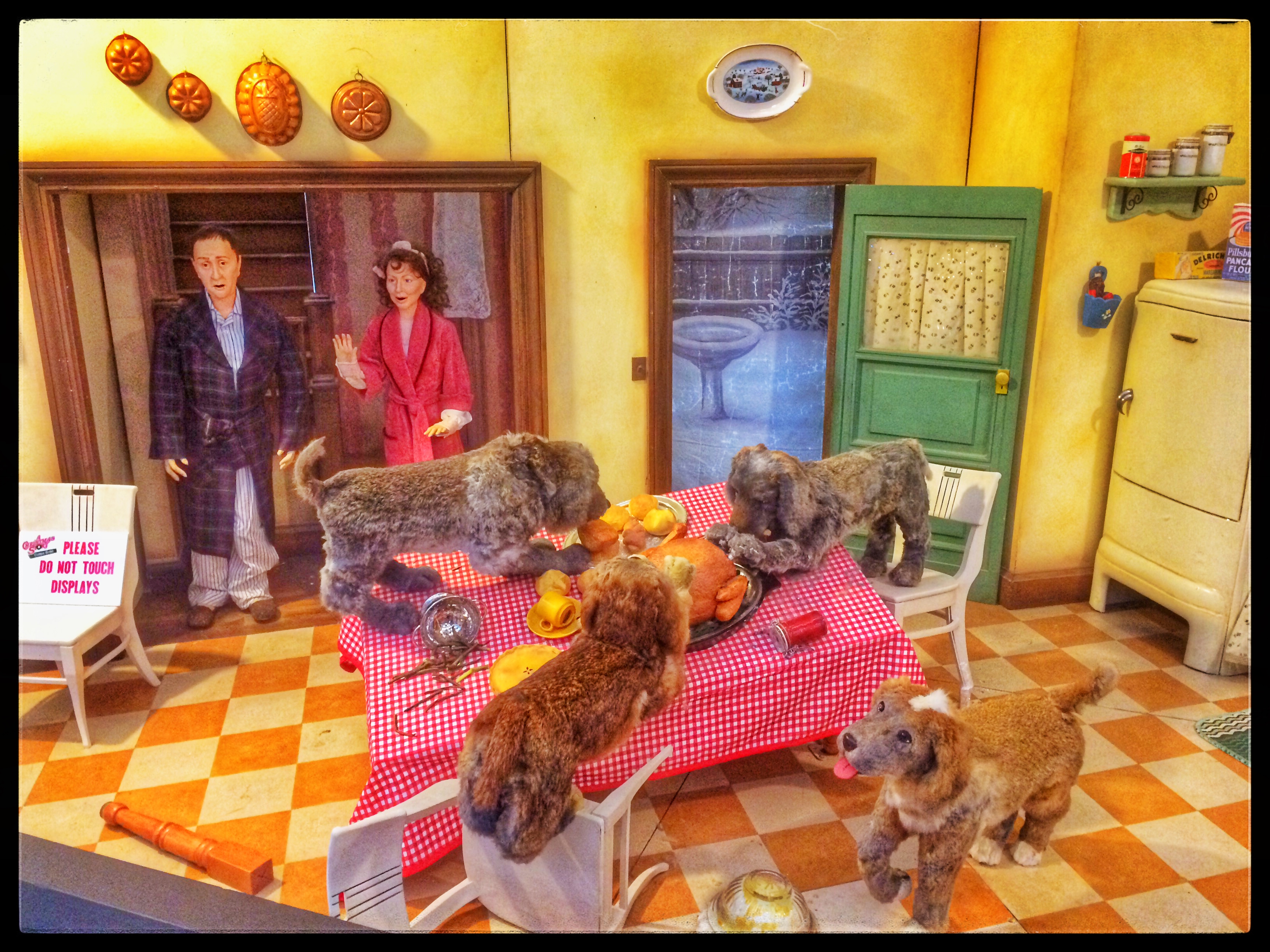 After visiting the Christmas Story House in Cleveland and taking a red chair photo by the Flick statue in Hammond and now seeing these displays, I think we’ve exhausted the tourist opportunities connected to this particular movie.